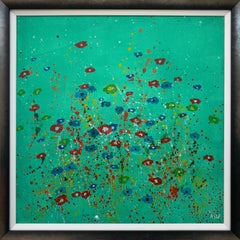 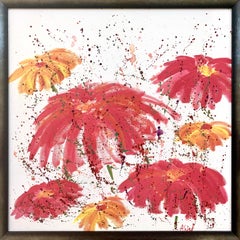 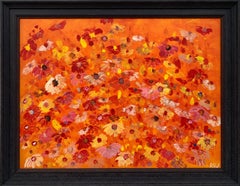 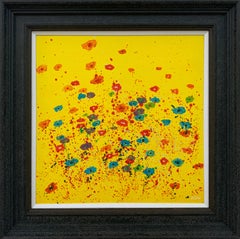 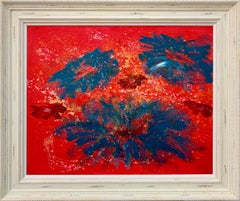 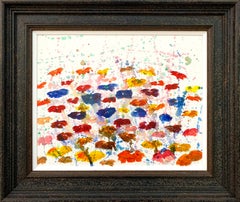 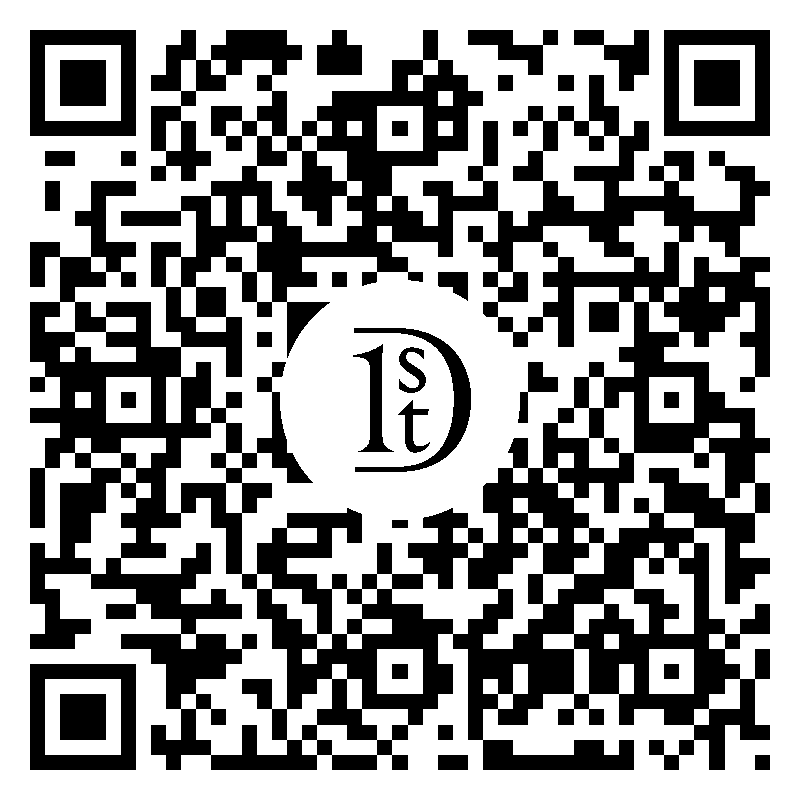 Painting of Abstract Red, Pink, Yellow & White Wild Flowers on a Natural Earthy Brown Background by British Contemporary Artist, Angela Wakefield. From the 'Spring Burst' Interior Design Series. Framed in a high quality contemporary off-black wooden moulding. Art measures 40 x 30 inches Frame measures 46 x 36 inches Angela Wakefield has twice been on the front cover of ‘Art of England’ and featured in ARTnews, attracting international attention and critical acclaim with her urban landscape paintings of New York, London & the North of England. The style of painting has been described as ‘contemporary realism’, and is often favourably compared with Edward Hopper by collectors and art critics. Angela’s work is held in private collections in Europe and the USA, including the British Royal Family. Her admirers include leading figures in international business, filmmaking and the media. PROVENANCE: Ascot Studios Collection. Initialled on the front, signed on rear. This original artwork includes a Certificate of Authenticity issued by the Gallery. The piece will be stamped from Ascot Studios on its verso.

5 / 5
Our team of world-class specialists approve every seller on 1stdibs.
This distinction is for experienced sellers who continually surpass customer expectations.
1stdibs seller since 2017
Typical response time: <1 hour
Located in Preston, GB