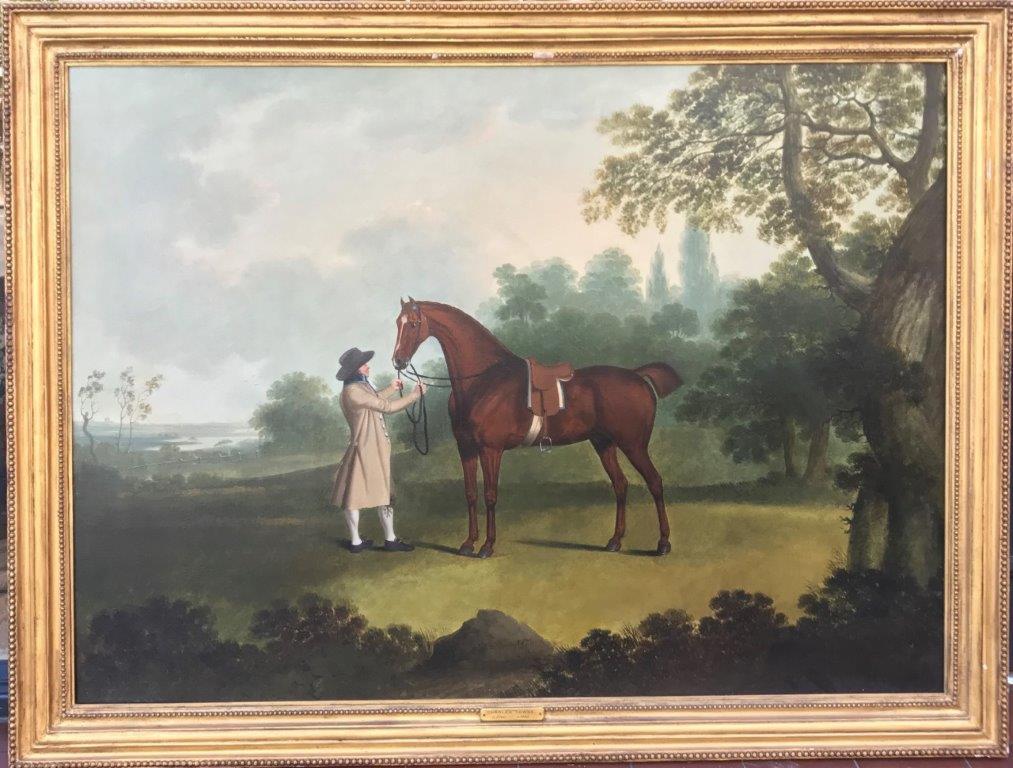 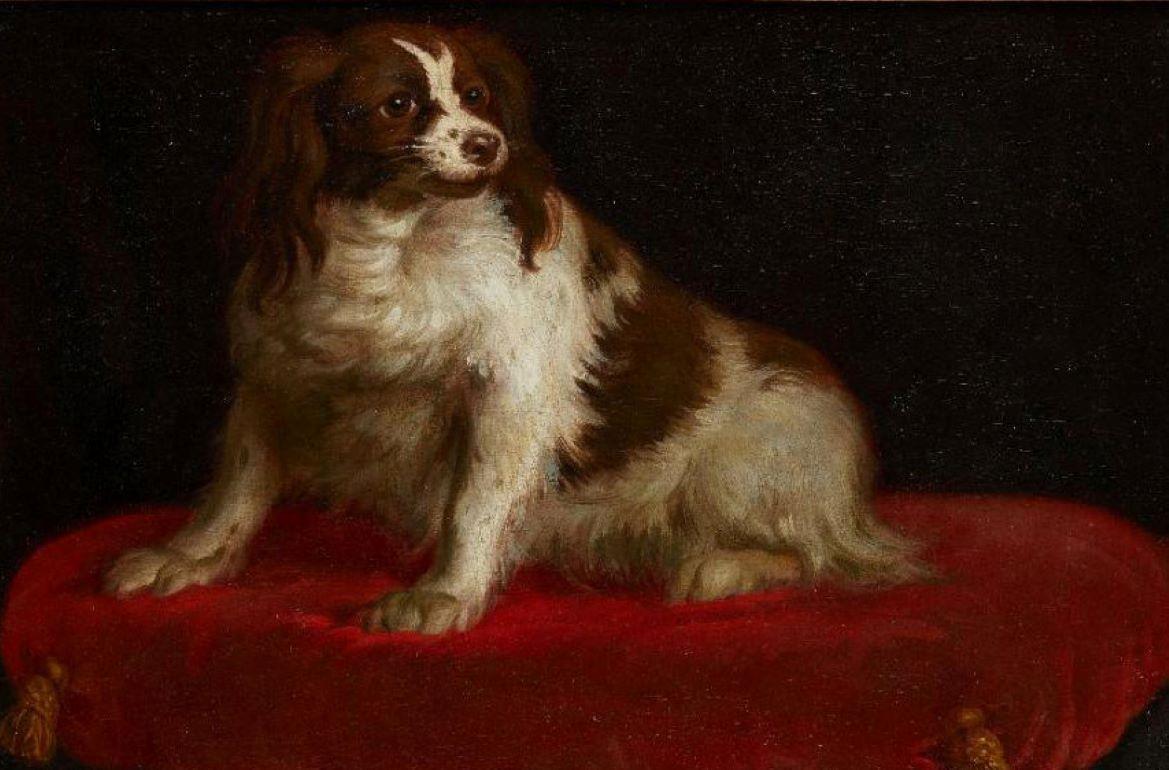 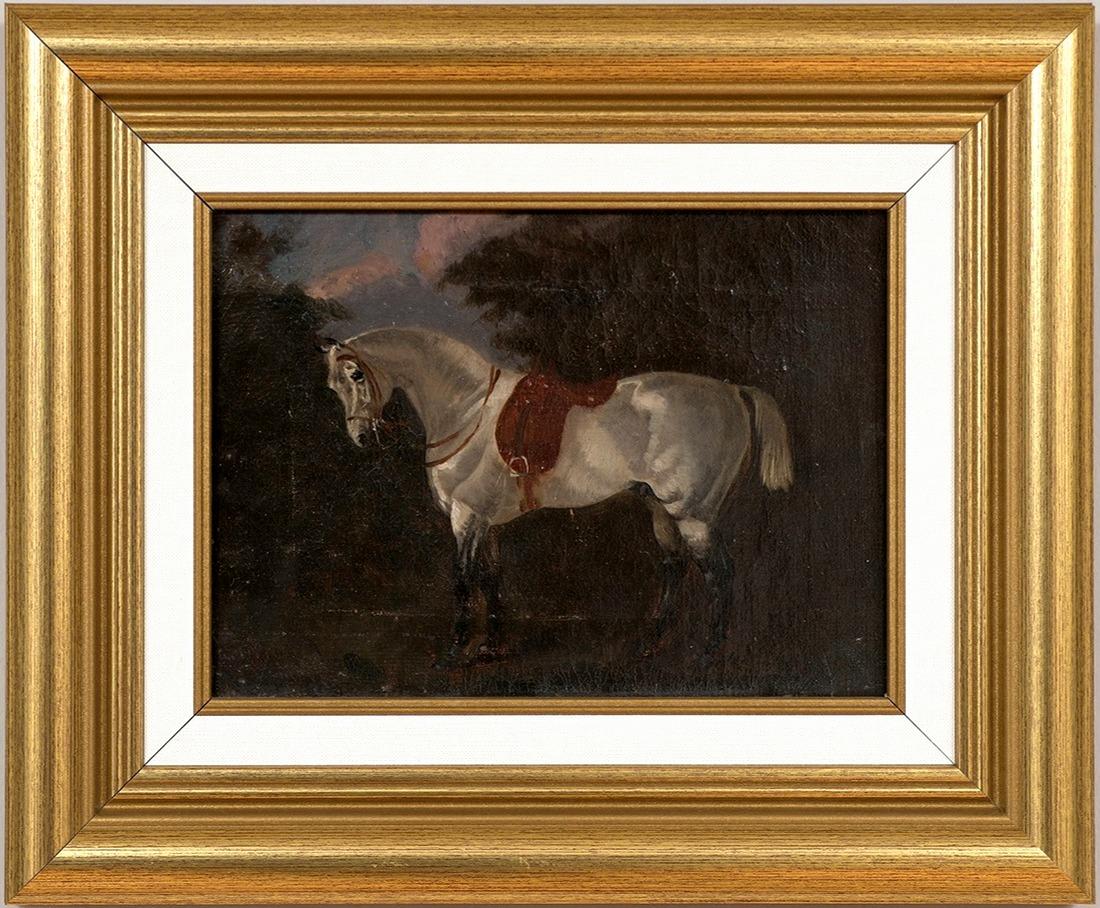 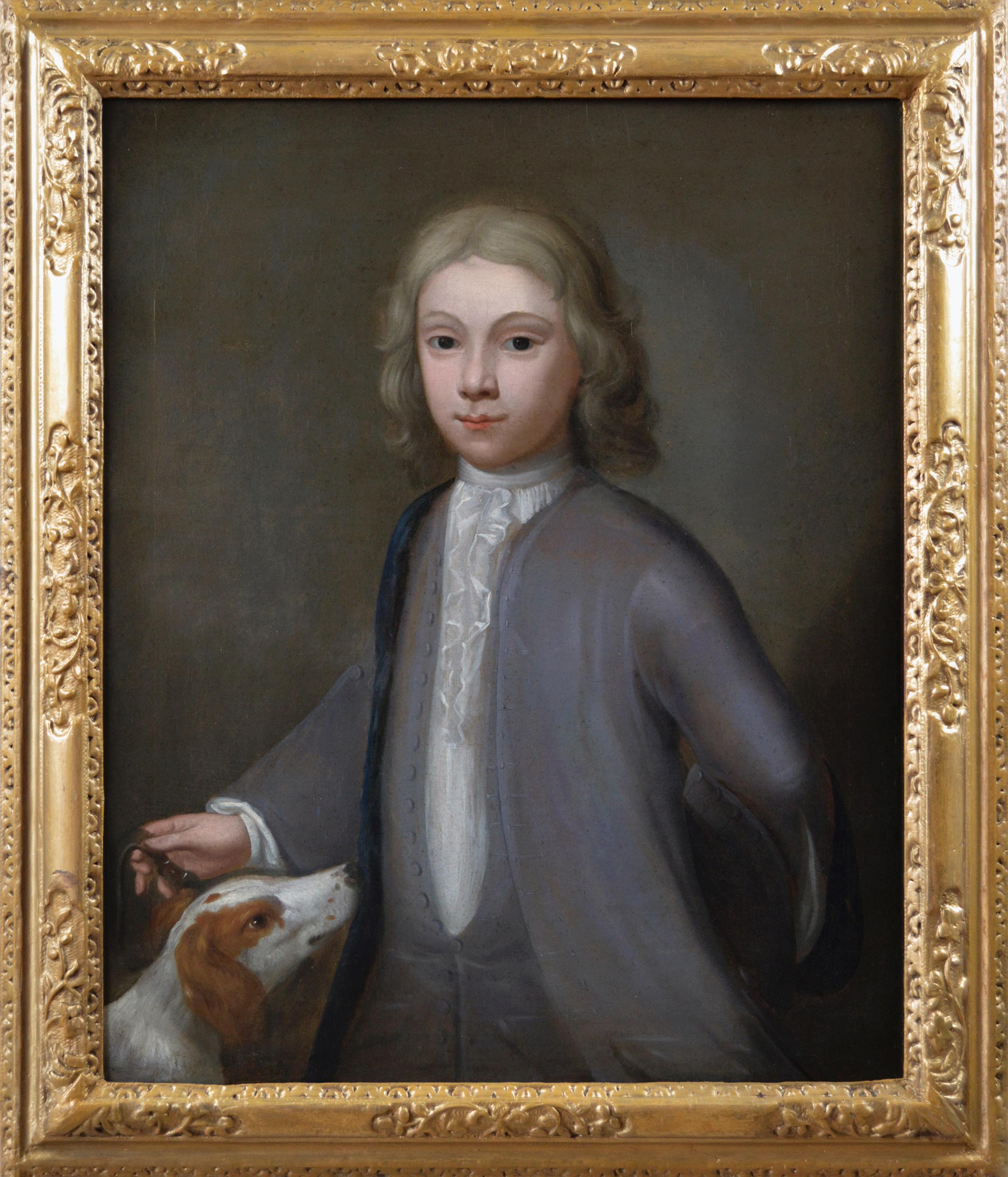 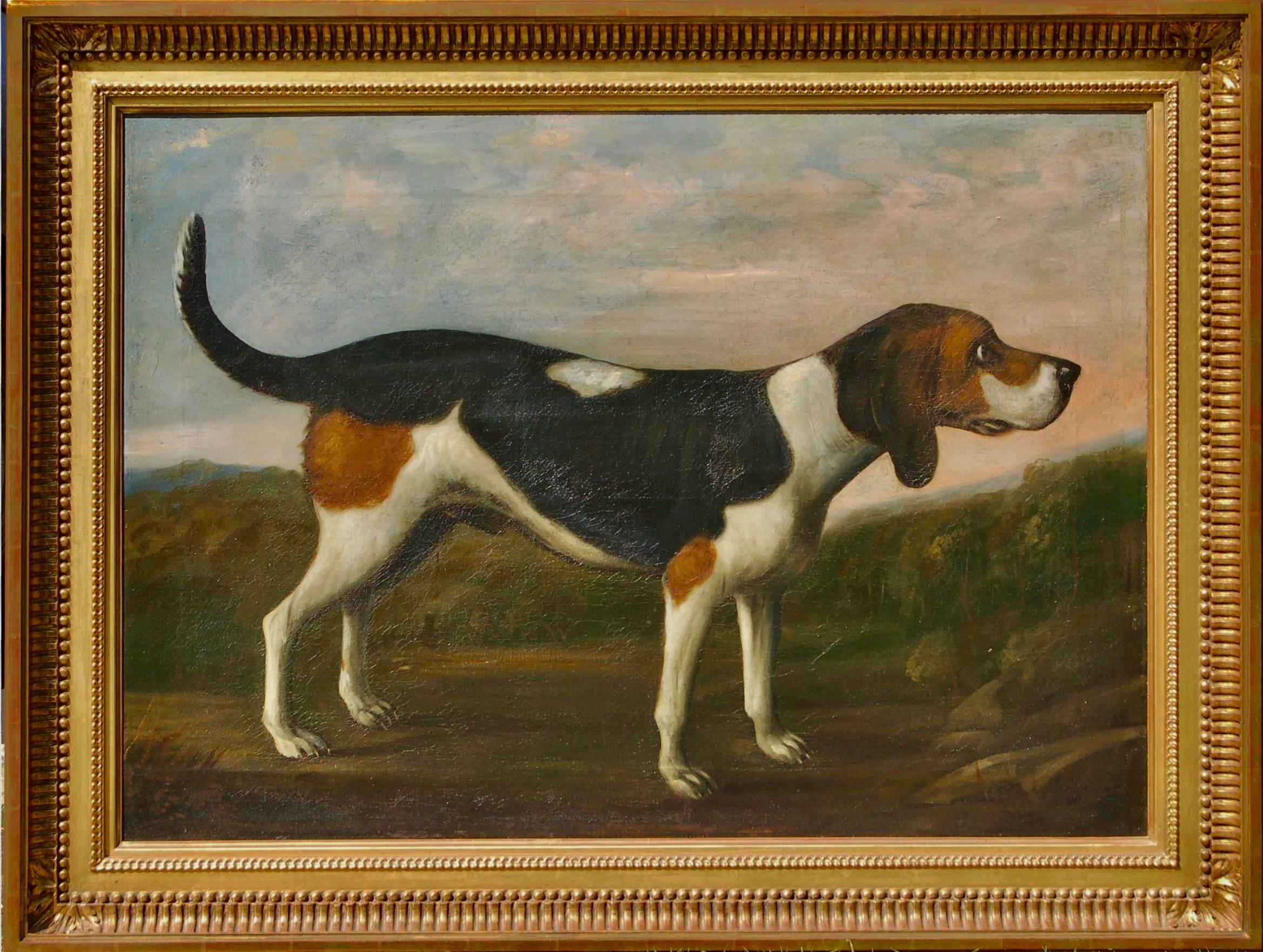 English 19th century portrait of a White / Grey hunter in a stable. Charles Towne was born in Wigan in 1763. He was trained as a coach painter, and by the age of 17 was set up in the City as a japanner and decorative painter. Towne also studied landscape and received instruction from John Rathbone, the 'Manchester Richard Wilson'. In 1787, Towne exhibited his first landscape at the recently founded Liverpool Society for Promoting Painting and Design. Towne also made copies of George Stubbs' two paintings exhibited there, 'Harvesters' and 'Reapers'. By the 1790s, he was becoming an established animal painter with a style based on his study of Stubbs. Towne was also very interested in the work of the Dutch seventeenth-century landscape painters. Artist W. S. Sparrow wrote that "his landscapes are minutely detailed and have a Dutch mannerism; animals and figures are put in with diligent and affectionate care". His landscapes were either romanticized versions of real topography or purely imaginary visions. The lyricism of Towne's setting heightened the solid reality and presence of his animals. On his first visit to London in 1796, Towne received favorable mention from Joseph Farington, who noted that the artist had 'six months work bespoke'. Towne began exhibiting at the Royal Academy in 1799. Although he spent the first decade of the new century in London, where he became friends with George Morland and de Loutherbourg, Towne achieved most in Liverpool, where he settled in 1811. He was elected Vice¬President of the new Liverpool Academy of Artists in 1812 and again the following year, and continued exhibiting there and in Manchester until 1825. Although Towne is best-known for his paintings of horses, especially hunters, he studied every aspect of rural life and sport. He also won commissions to paint cattle, favorite dogs, hunting and shooting scenes, and occasional pieces in the Grand Manner with such titles as 'Tiger growling over her prey'. This is a very fine piece, signed lower right. It came from a fine private collection in the Uk who is a member of the House of Lords.

Diamond Seller
These expertly vetted sellers are 1stDibs' most experienced sellers and are rated highest by our customers.
Established in 1983
1stDibs seller since 2016
188 sales on 1stDibs
Typical response time: 1 hour
More From This Seller

18th Century portrait oil painting of a boy with a dog, C1720