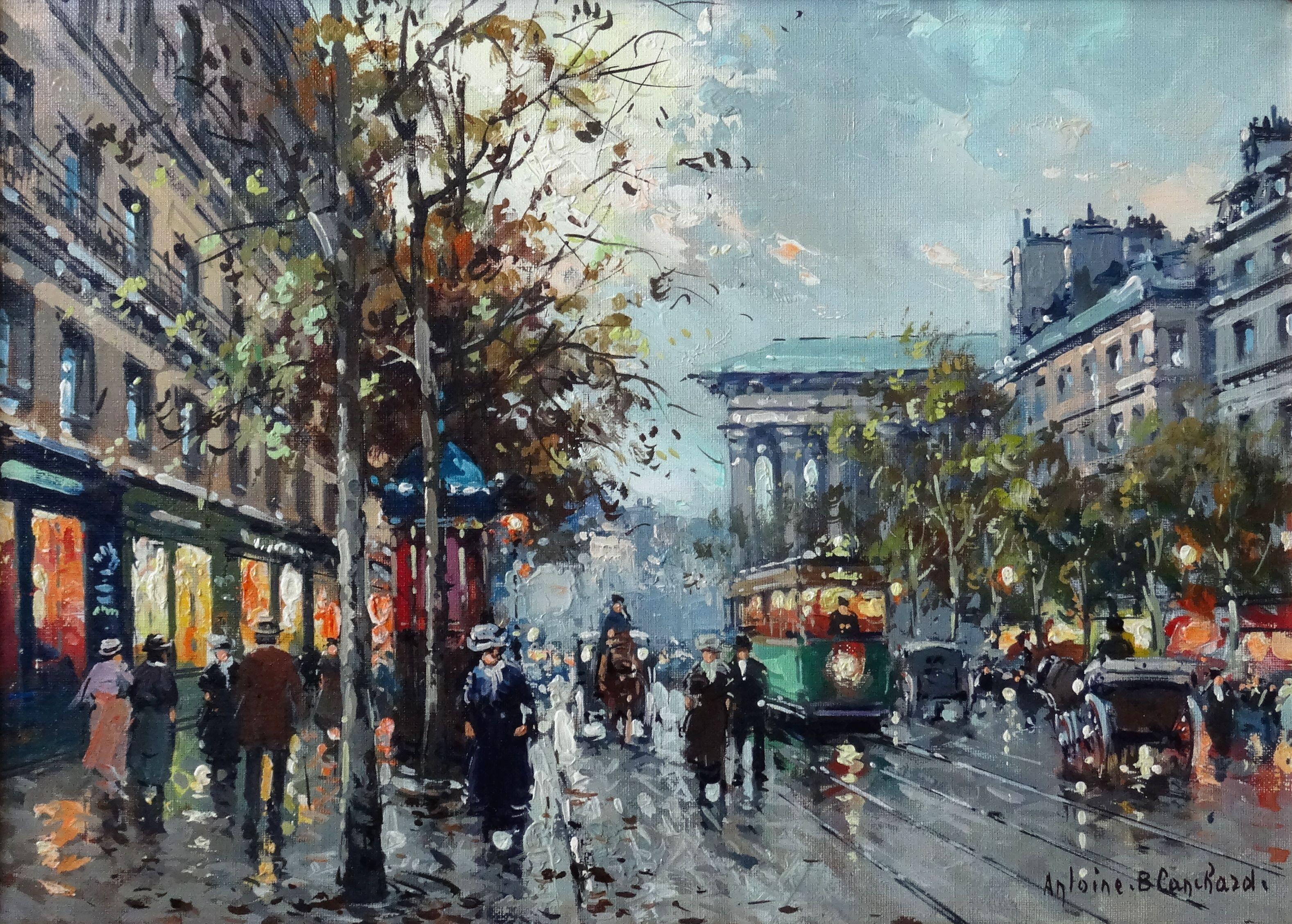 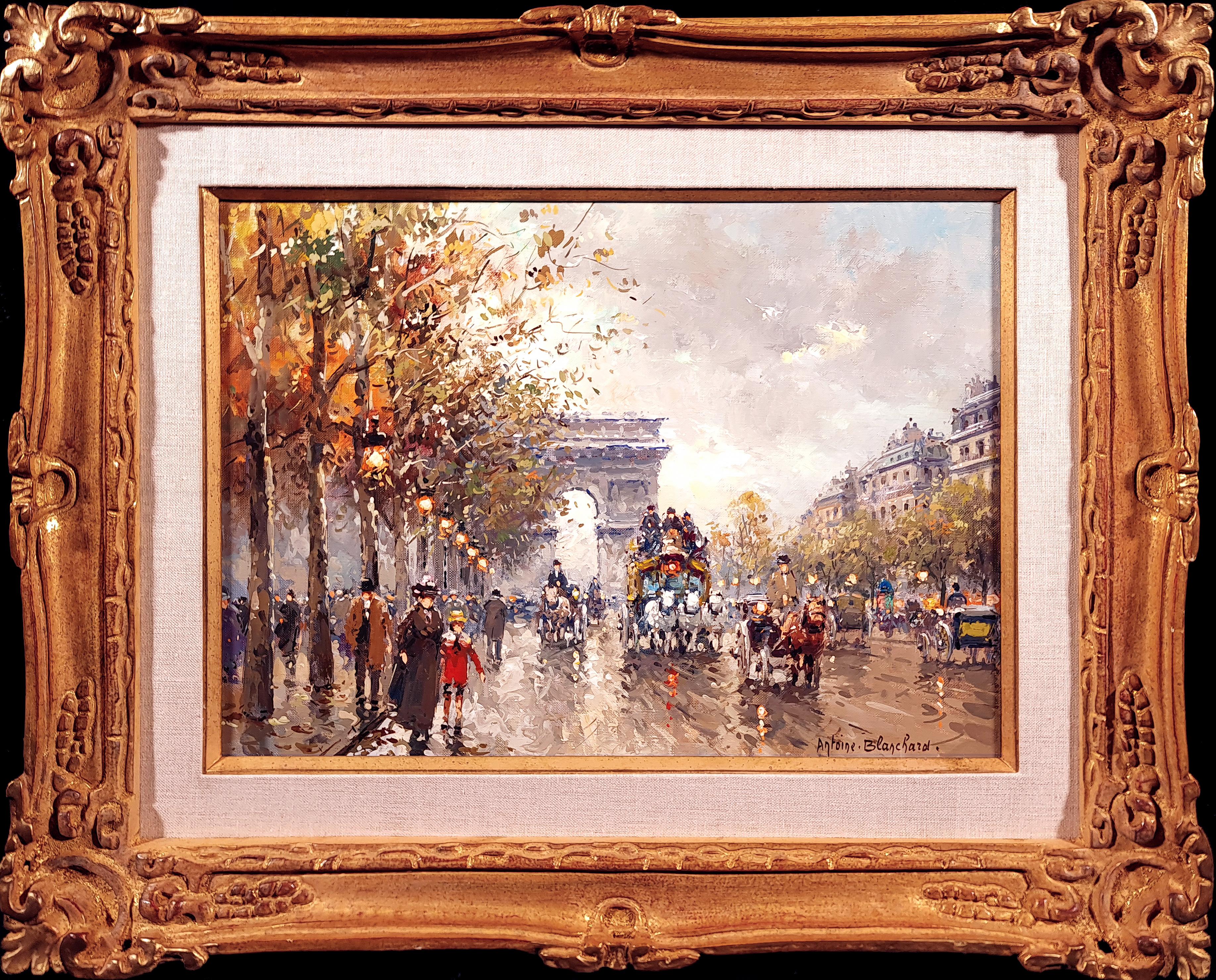 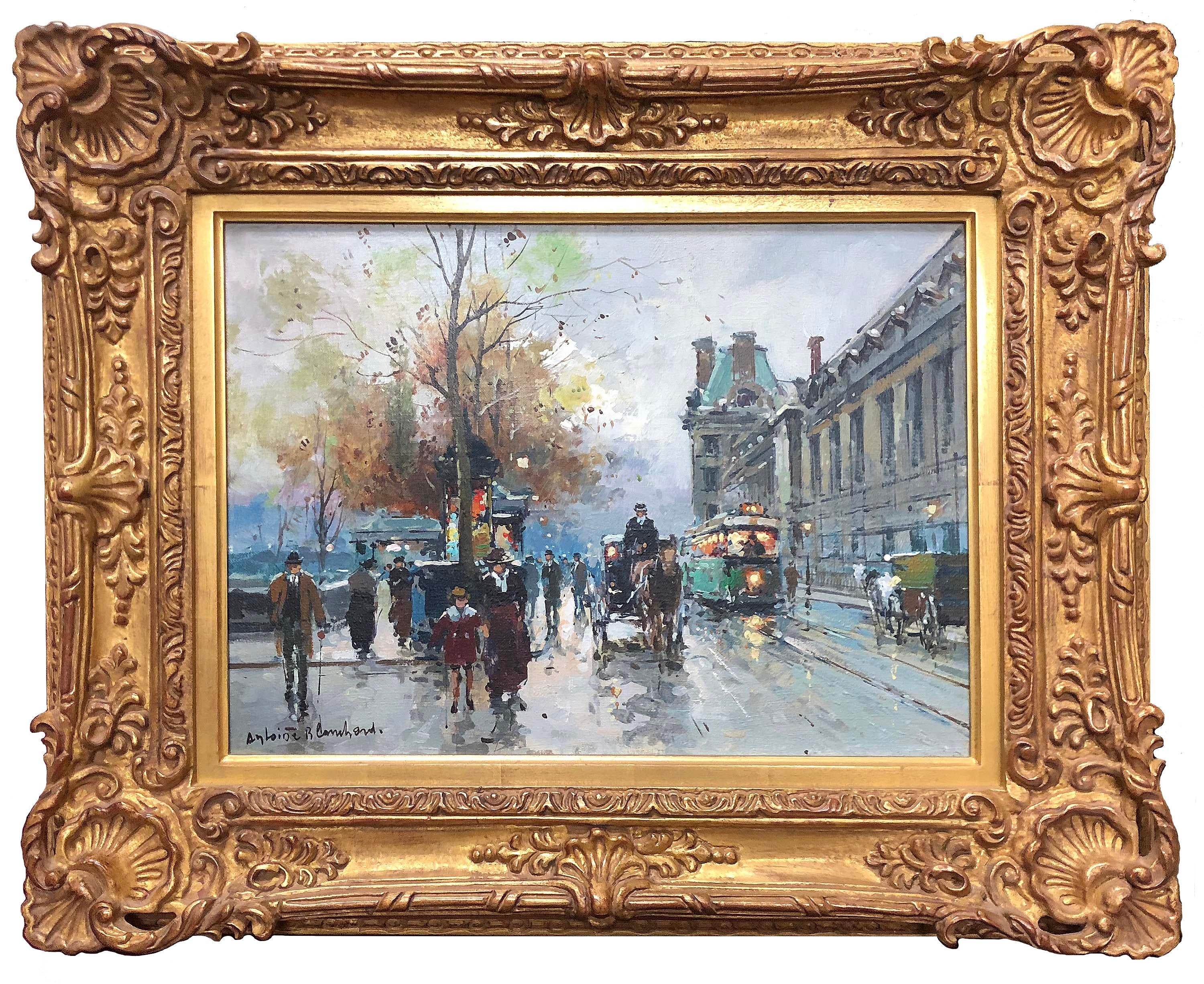 Antoine Blanchard - Along the Louvre 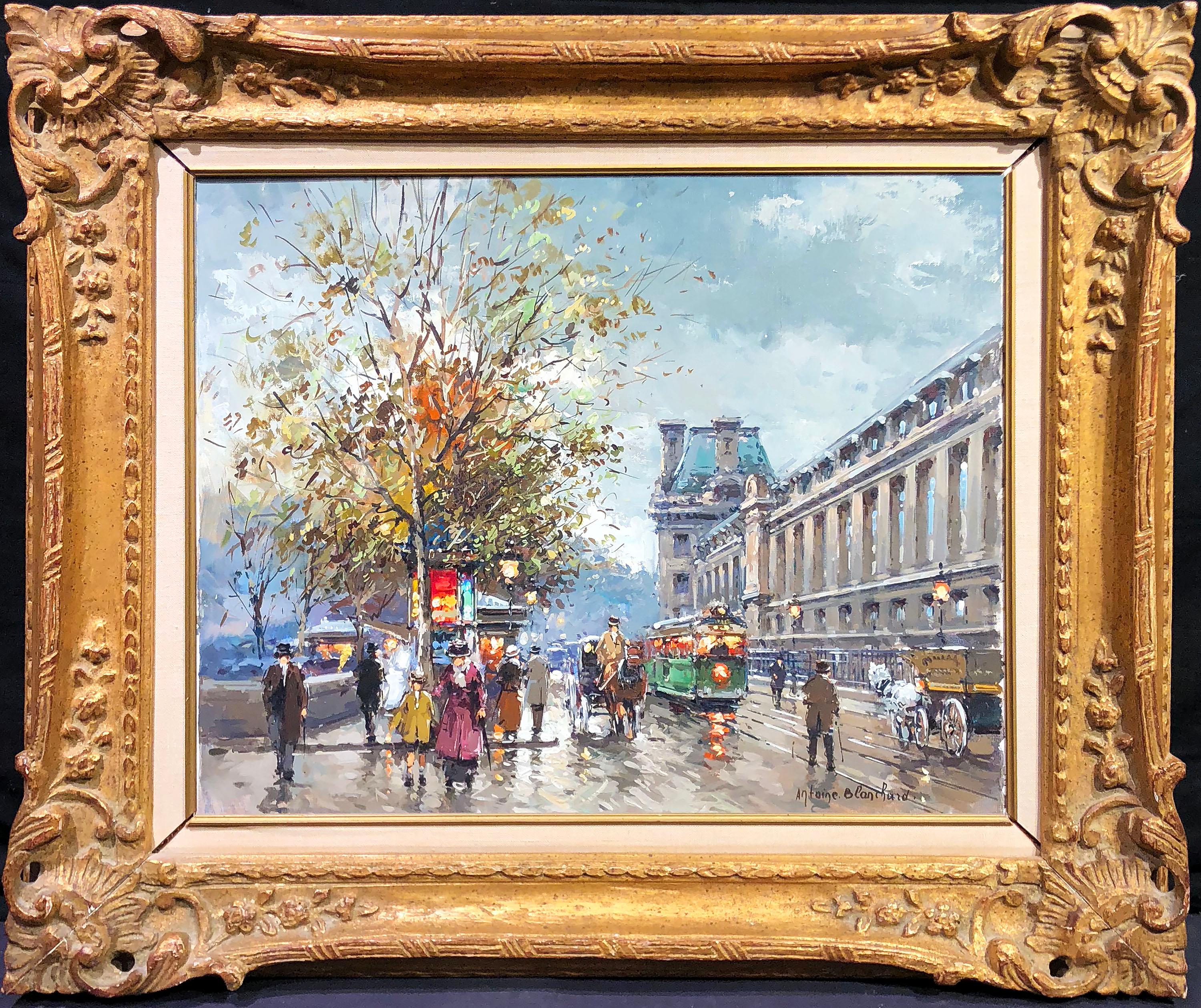 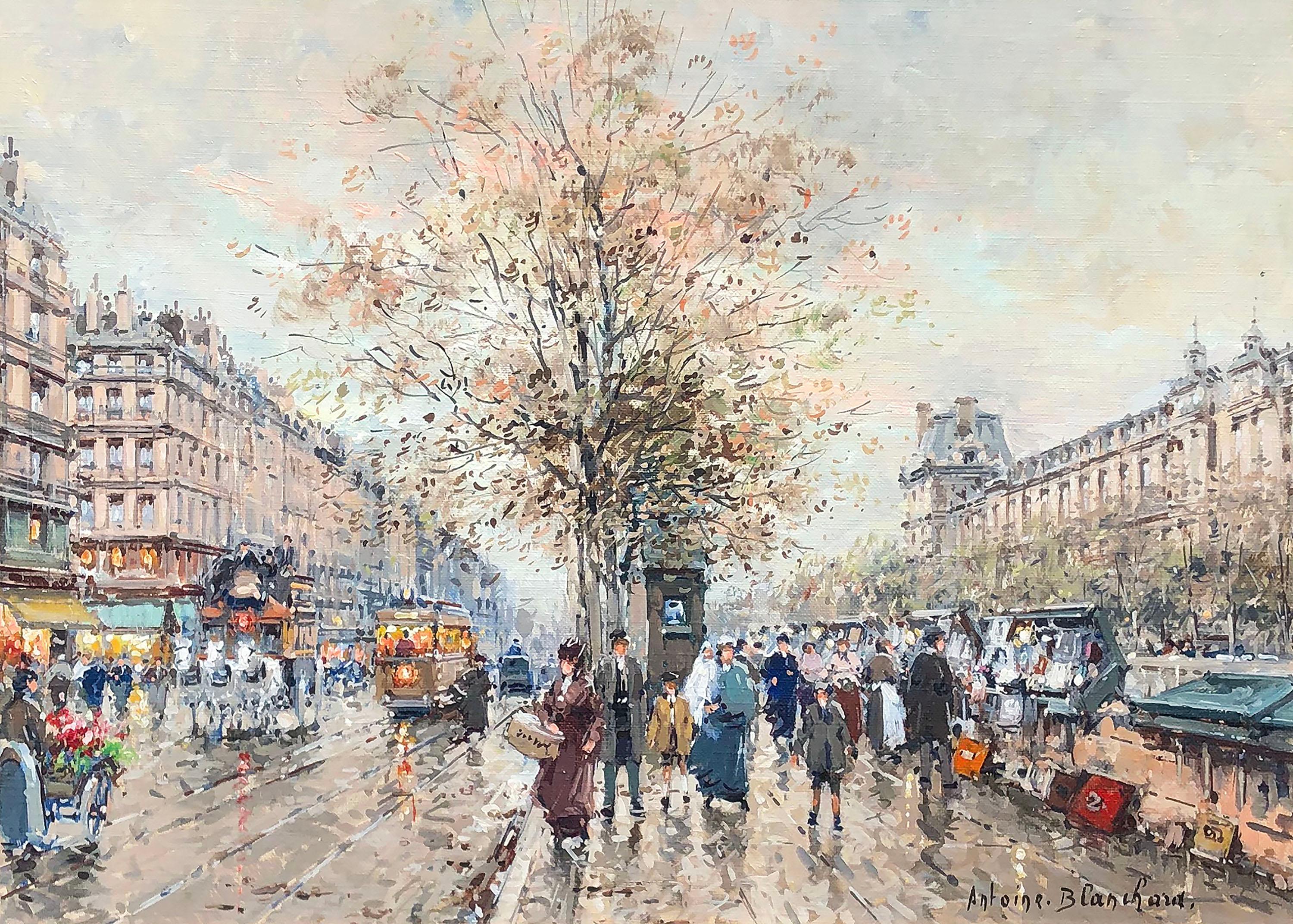 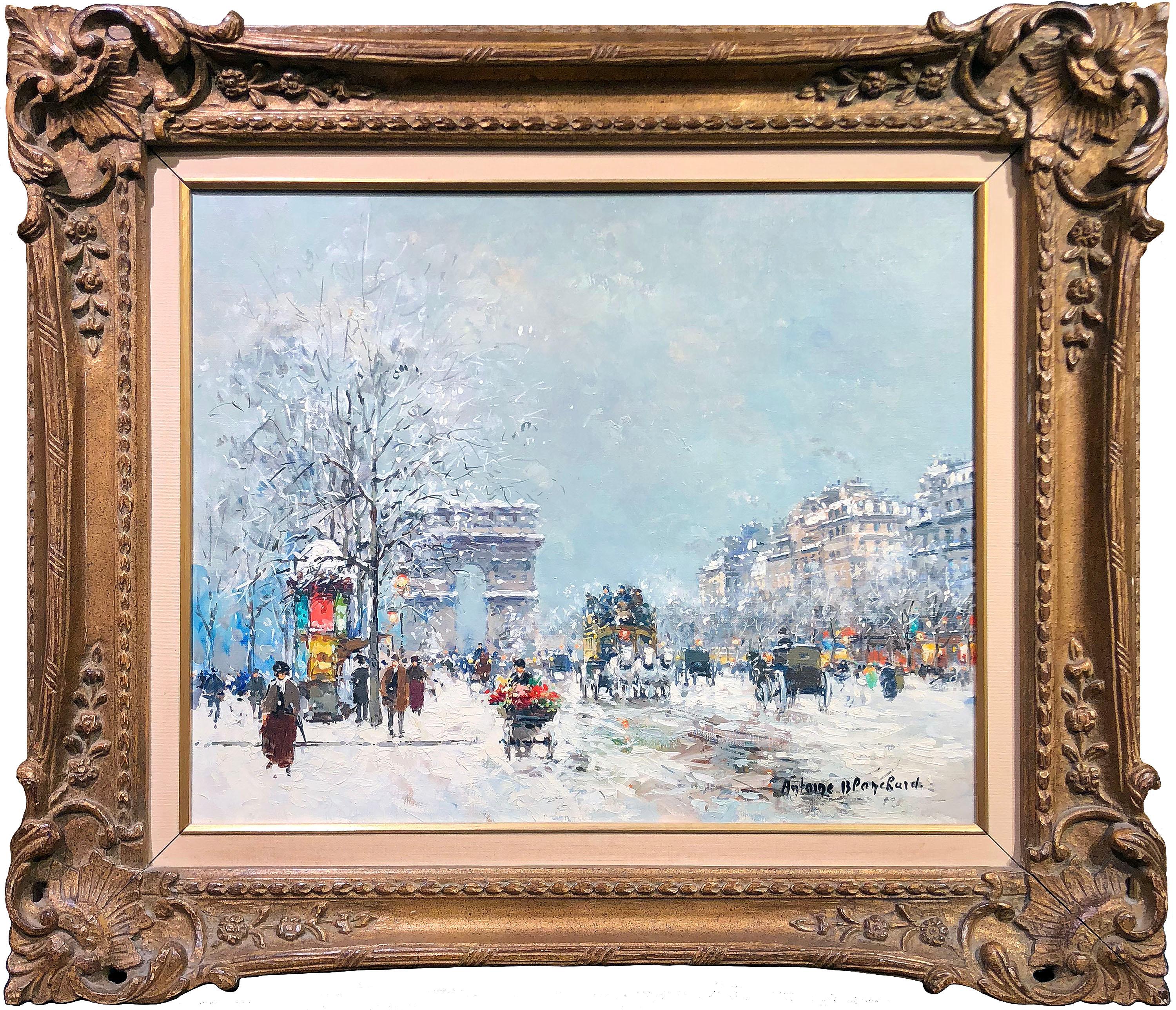 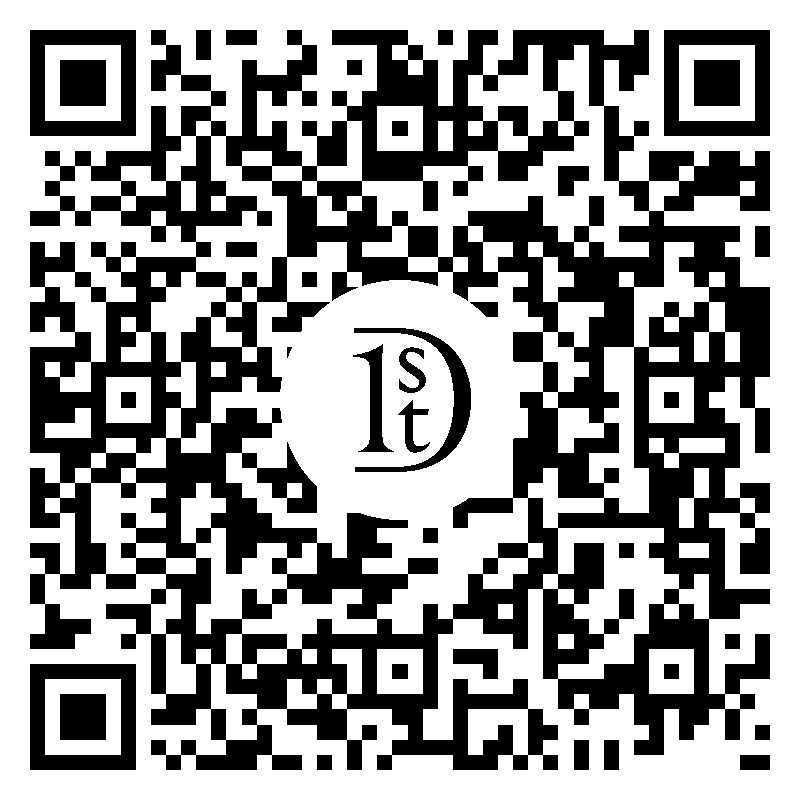 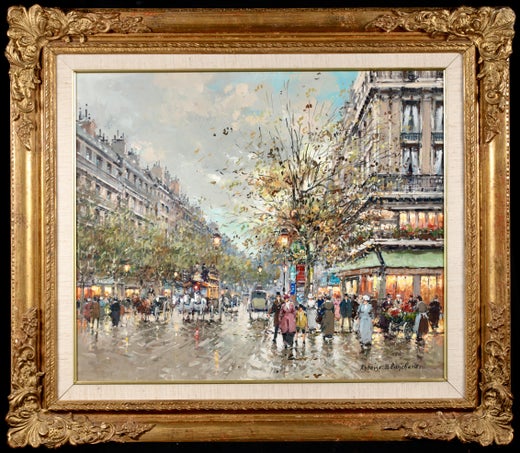 Antoine Blanchard was born in France on November 15, 1910, in a small village near the banks of the Loire. He was the eldest of three children, and his father, a carver, managed a small carpentry and furniture shop. Blanchard would watch his father hand carve the furniture, and he began to display an artistic flair early in life — in an effort to promote this talent, his parents sent him to Blois for drawing lessons. He continued his training in Rennes at the Ecole des Beaux-Arts where he studied sculpture and drawing. Upon completion of his studies, he was awarded the school’s highest award: Le Prix du Ministre.

By 1932 Blanchard left Rennes and traveled to Paris to study. He enrolled at the Ecole des Beaux-Arts and after a few years entered the competition for the Prix de Rome. It was in Paris that he developed a love for the city and its street life. In 1939 Blanchard married a young woman he met in Paris, and in September of that year war broke out and he was called up for service. It was not until 1942 that he would return to his art.

Blanchard’s daughter Nicole was born in 1944 — she too would follow in the family tradition and after the birth of her two daughters, she became an artist working under the name A. Champeau. It was also around this time that Blanchard's father passed away, and he was compelled to return to his hometown and run the family business — giving him little time to paint.

The artist’s second daughter, Evelyn, was born in 1947, and by 1948, he had given control of the family business to his younger brother and returned to Paris to paint. Contemporary life in Paris had changed, and Blanchard longed for the bygone days. He began to research the Belle Époque period in Paris — reading and studying all the material on the period he could find.

Many of the subjects and scenes Blanchard portrayed were taken from images he collected of Paris during the 1890s, and he would often work on paintings for days or months before he finally felt they were complete. A.P. Larde comments in his book Antoine Blanchard, His Life His Work that he had always spent much time on his work — this explains why his production has always been rather limited, unlike the hurried and multiple proliferations of some modern artists. Delicate touches of luminous and shimmering tones produce a marvelous impression of harmony, brightness and light. Alternate shadings and lights, sensitive and mellow blending allow the artist to attain a hardly-ever reached degree of grace, of radiant and glimmering freshness.

Larde writes that Blanchard’s works are, first of all, a marvelous invitation to an ideal walk through old Paris, so different from that of today. Although a large number of historical monuments remain, today's Paris has little in common with Paris at the turn of the century; the scenery may be almost the same, but daily life as its characters has totally changed; the customs have been entirely transformed. In his landscape paintings, Blanchard invites us to relive this period by showing us pleasant strolls along embankments, squares and boulevards at a period in Parisian life when time did not count, when one had all one's time to idle, to stroll along the streets, to window-shop, to walk quietly along the boulevards or spend the afternoon in a sidewalk café.

Like his contemporary, Édouard Cortès, Blanchard devoted his artistic career to the depiction of Paris through all its daily and seasonal changes. But he was not an imitator of Cortès, but rather depicted the life of Paris at the turn of the century from his own point of view and with his own unique style. Blanchard always used small strokes, with a delicate, enveloping and mellow treatment; the slight haziness, which is a characteristic of his work, in many ways recalls the great masters of the Impressionist period.

Whether it was l'Arc de Triomphe, la Madeleine, Café de la Paix, Notre Dame or the dozens of other historical monuments and buildings of Paris, Blanchard’s focus was on the daily life of Paris at the turn of the century. His work became highly sought after, and collectors from around the world vied to acquire his new works. Today he is considered one of the leading exponents of the School of Paris painters. 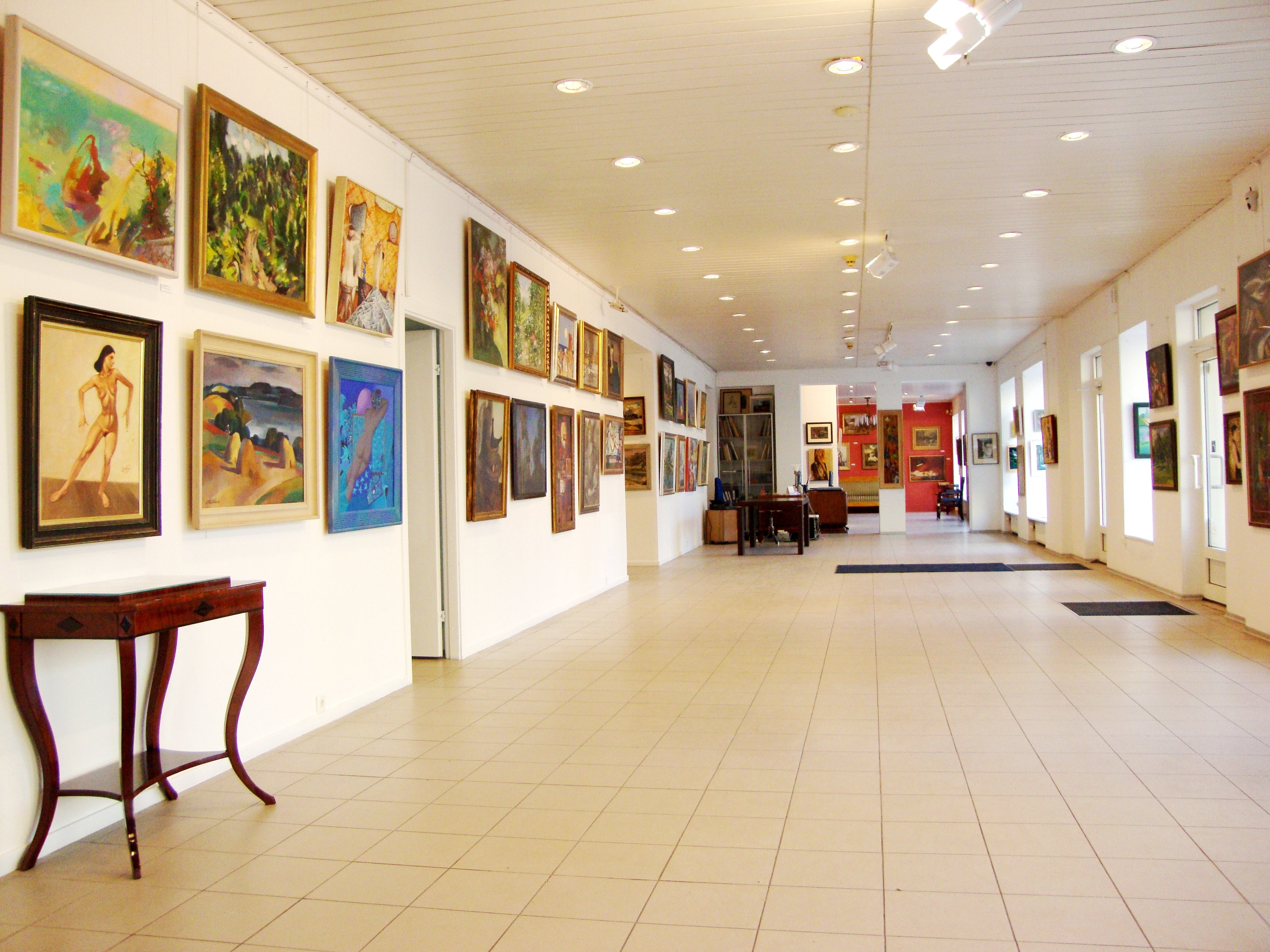 About the Seller
5.0
Located in Riga, Latvia
Platinum Seller
These expertly vetted sellers are 1stDibs' most experienced sellers and are rated highest by our customers.
Established in 2002
1stDibs seller since 2020
77 sales on 1stDibs
Typical response time: 1 hour
More From This SellerView All
People Also Browsed
You May Also Like