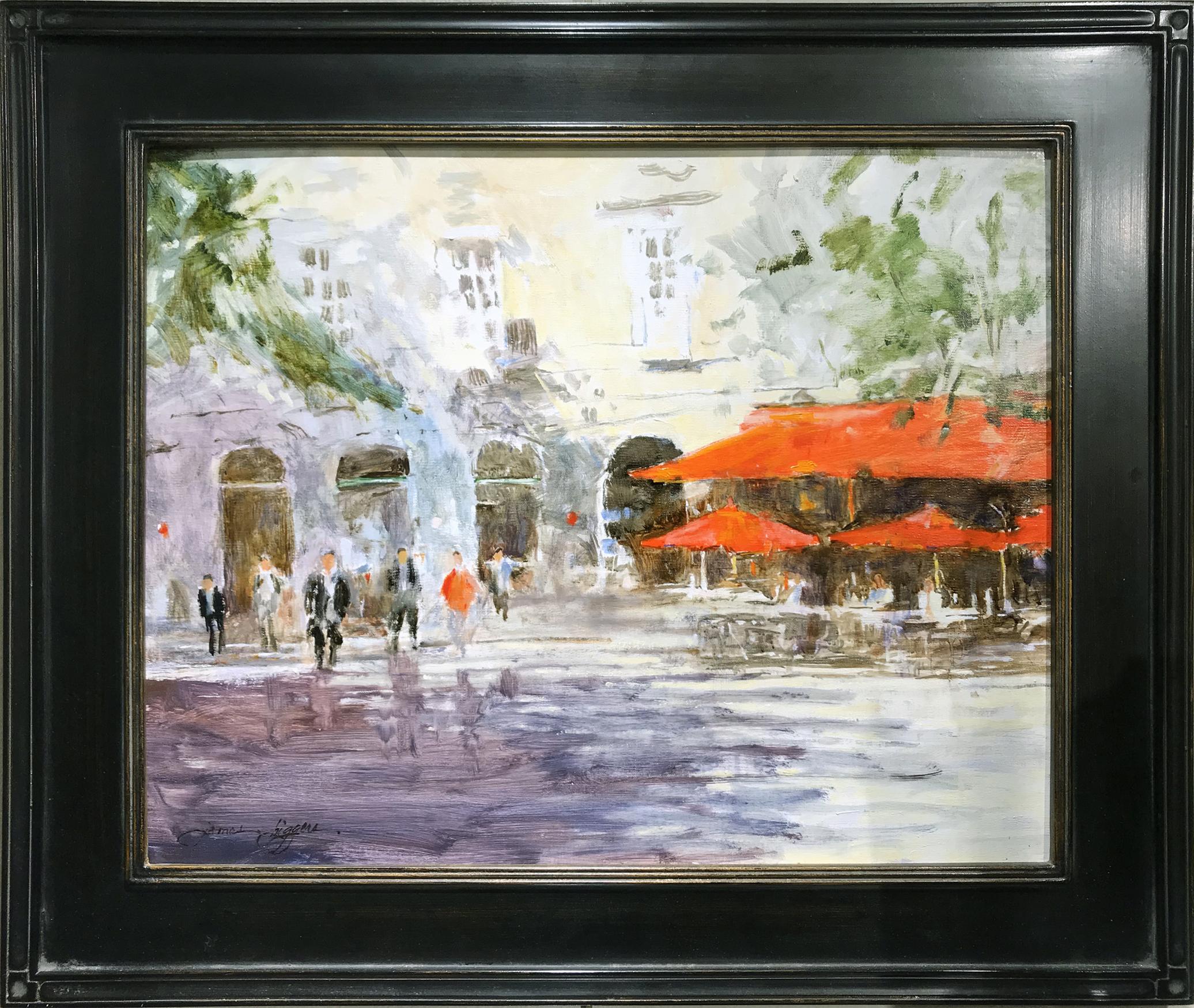 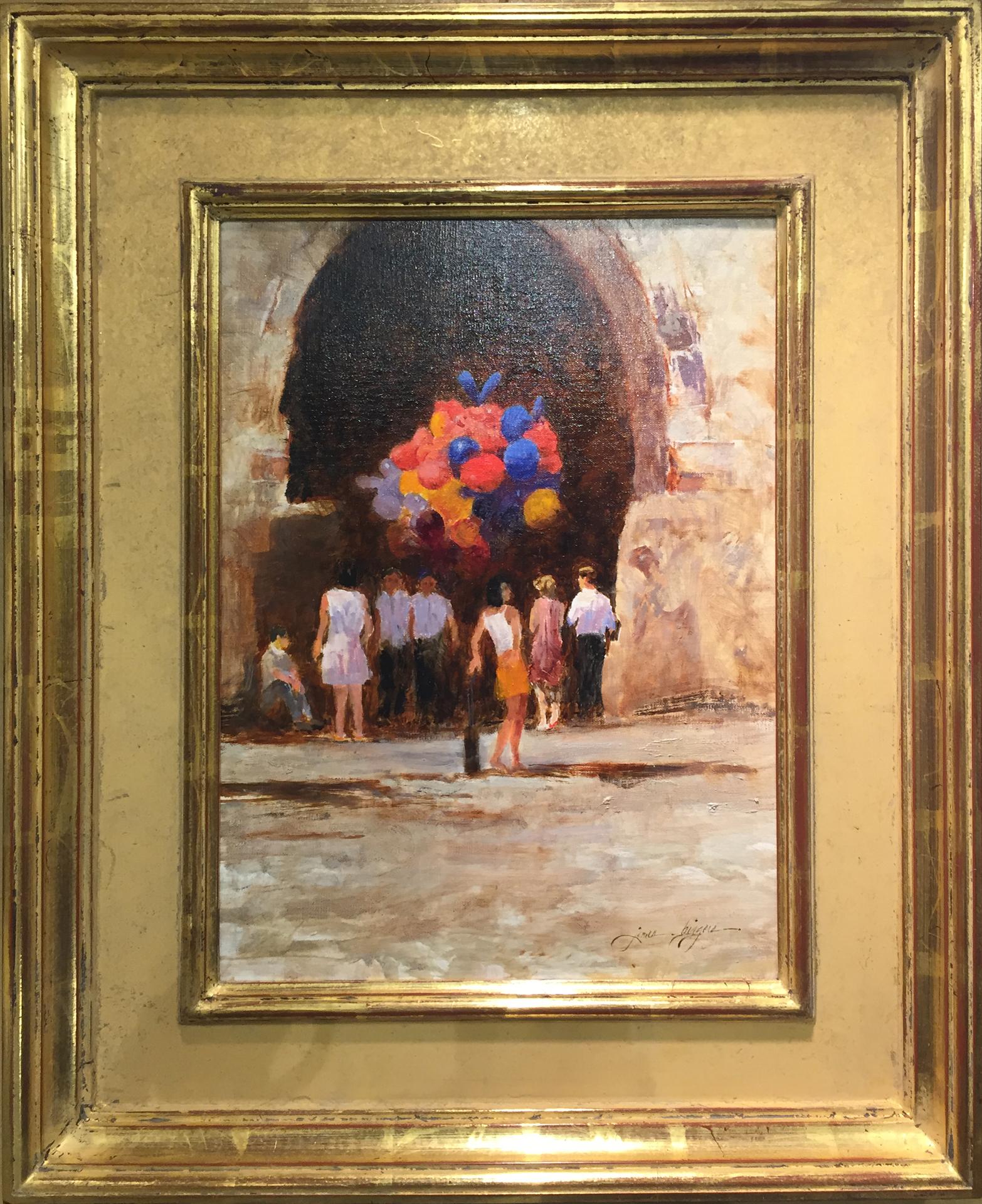 Martha Walter - "Under the Large Striped Umbrella on a Foggy Day" 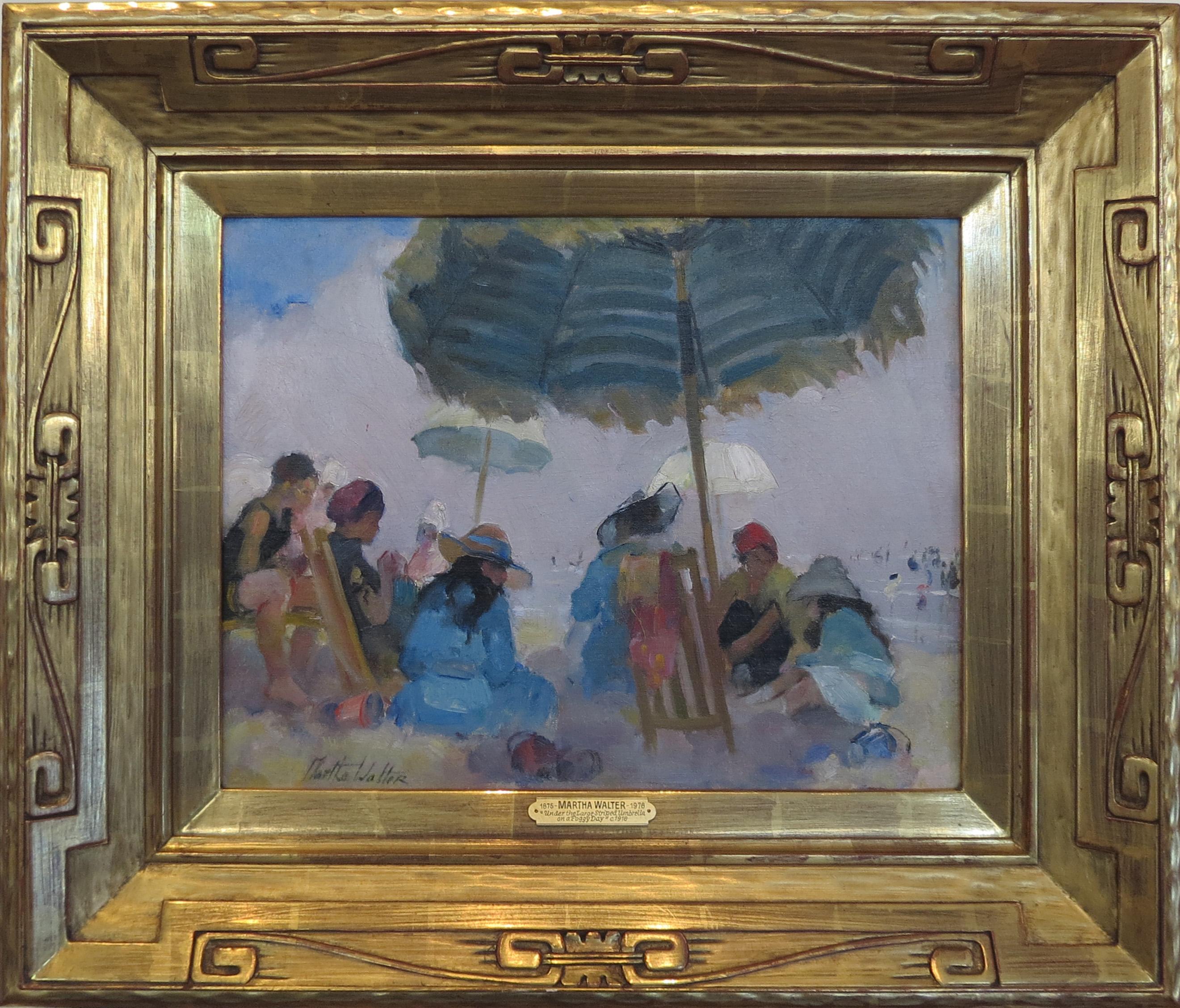 Cesar A. Villacres - {View of Paris} 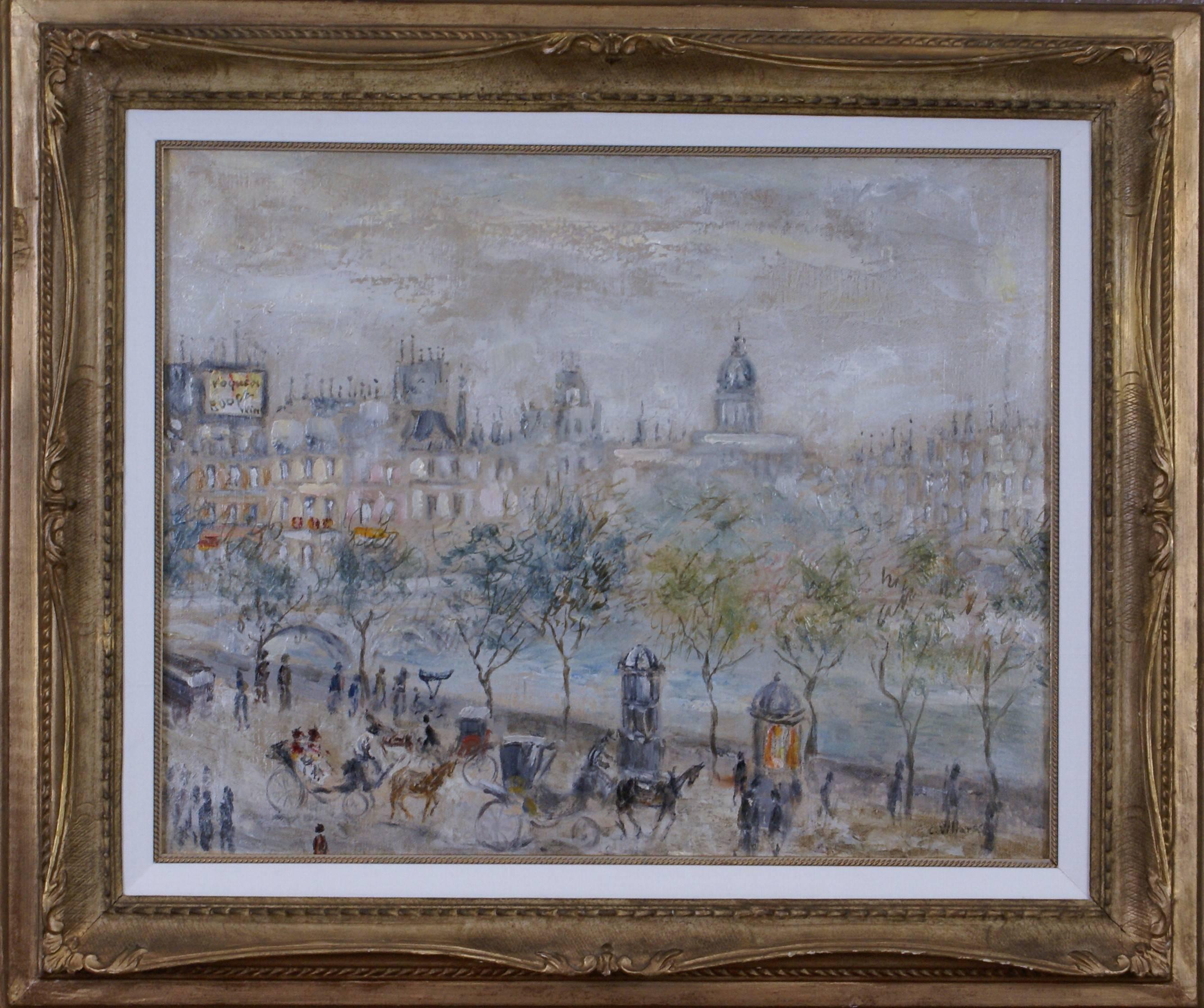 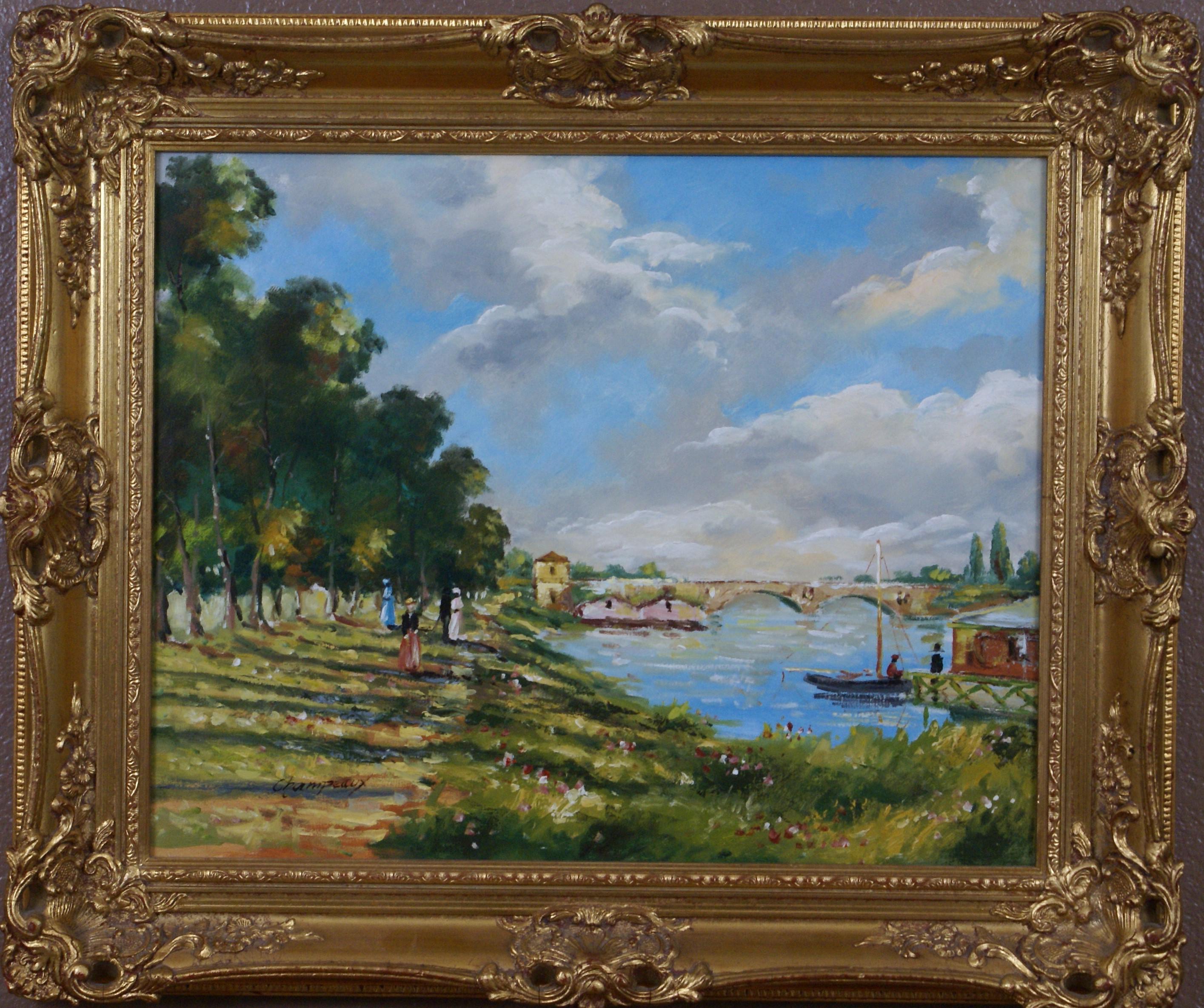 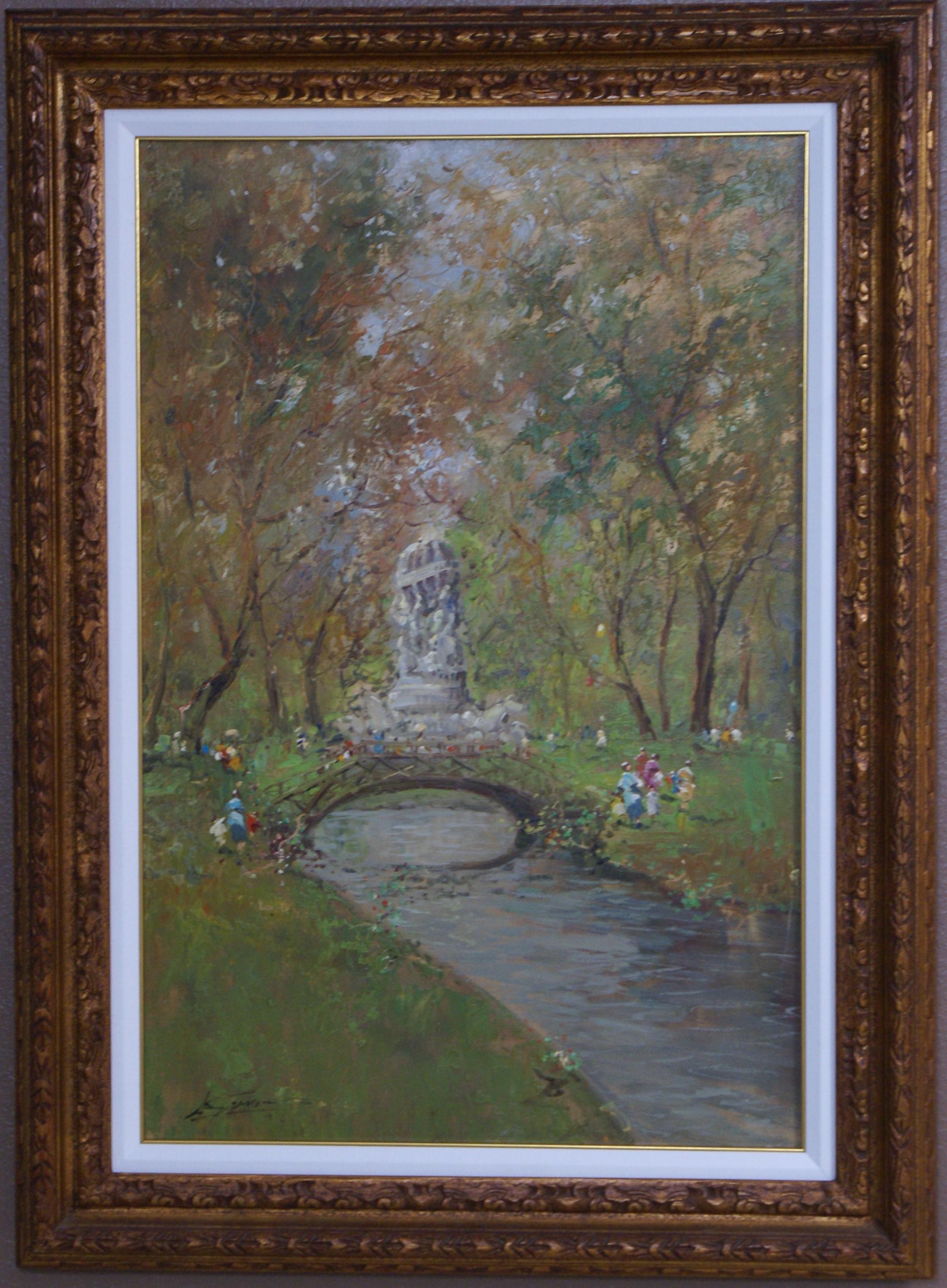 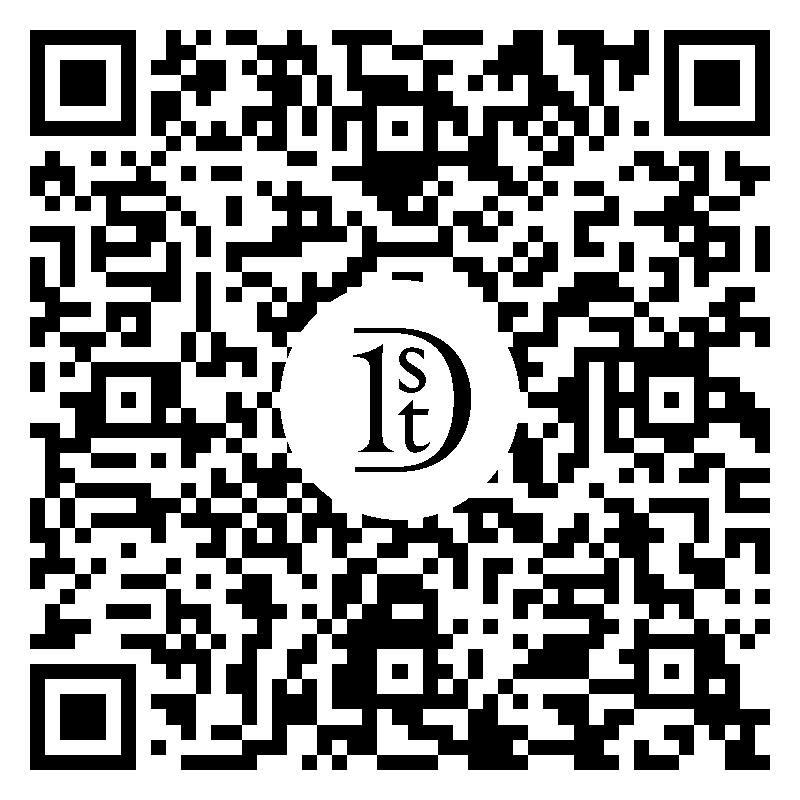 19th century English oil impressionist scene of a French landscape near the Barbizon forest, Paris. Boyle was a pioneering 19th-century British artist inspired by the European Impressionist painters. Sometimes he is known as the ‘English Corot’ as the influence of the French Barbizon school is very evident in his work. This is a rare example of the artist's work as he mostly painted small scale English landscapes. The influence of this piece is the work of the great French landscape painters from the Barbizon school He often rejected the studio environment to paint ‘En Plein Air’ creating his characteristic atmospheric impressionist studies of the British landscape. He is recorded as living in London and exhibited at: Royal Academy, Royal Society of British Artists, Royal Society of Oil Painters. This piece is perfect for any room in a home, such as a study, den, family room, hallway, office, bedroom and even a kitchen. The complementary colors for this piece are Brown, Beige, black, off white, tope, yellow and blue.

Diamond Seller
These expertly vetted sellers are 1stDibs' most experienced sellers and are rated highest by our customers.
Established in 1983
1stDibs seller since 2016
141 sales on 1stDibs
Typical response time: <1 hour
More From This Seller

$1,600
"Under the Large Striped Umbrella on a Foggy Day"
By Martha Walter
Located in Lambertville, NJ
Jim’s of Lambertville is proud to offer this artwork by: Martha Walter (1875-1976) Born in Philadelphia in 1875, Martha Walter attended Girls’ High School followed by the Pennsylv...
Category

Martha Walter
"Under the Large Striped Umbrella on a Foggy Day", Circa 1918

$243,750
{View of Paris}
By Cesar A. Villacres
Located in Storrs, CT
A view of Paris: horse-drawn carriages pass the River Seine, bordered by Parisian buildings. Cesar Villacres became a painter of the School of Paris after leaving Ecuador, and is kn...
Category

Cesar A. Villacres
{View of Paris}

$1,840 Sale Price
20% Off
French Landscape
Located in Storrs, CT
Brilliantly-colored oil on canvas depicting the French countryside, with "les flâneurs," (people strolling) along the bank of the river. The eye of the viewer follows the river past ...
Category

$2,800
{Parisian Scene}
By Cesar A. Villacres
Located in Storrs, CT
A lively intersection of Paris streets, possibly along the Rue de la Paix. The colors of the flowers in the center are rich and colorful reflected in the expressed use of thicker pa...
Category