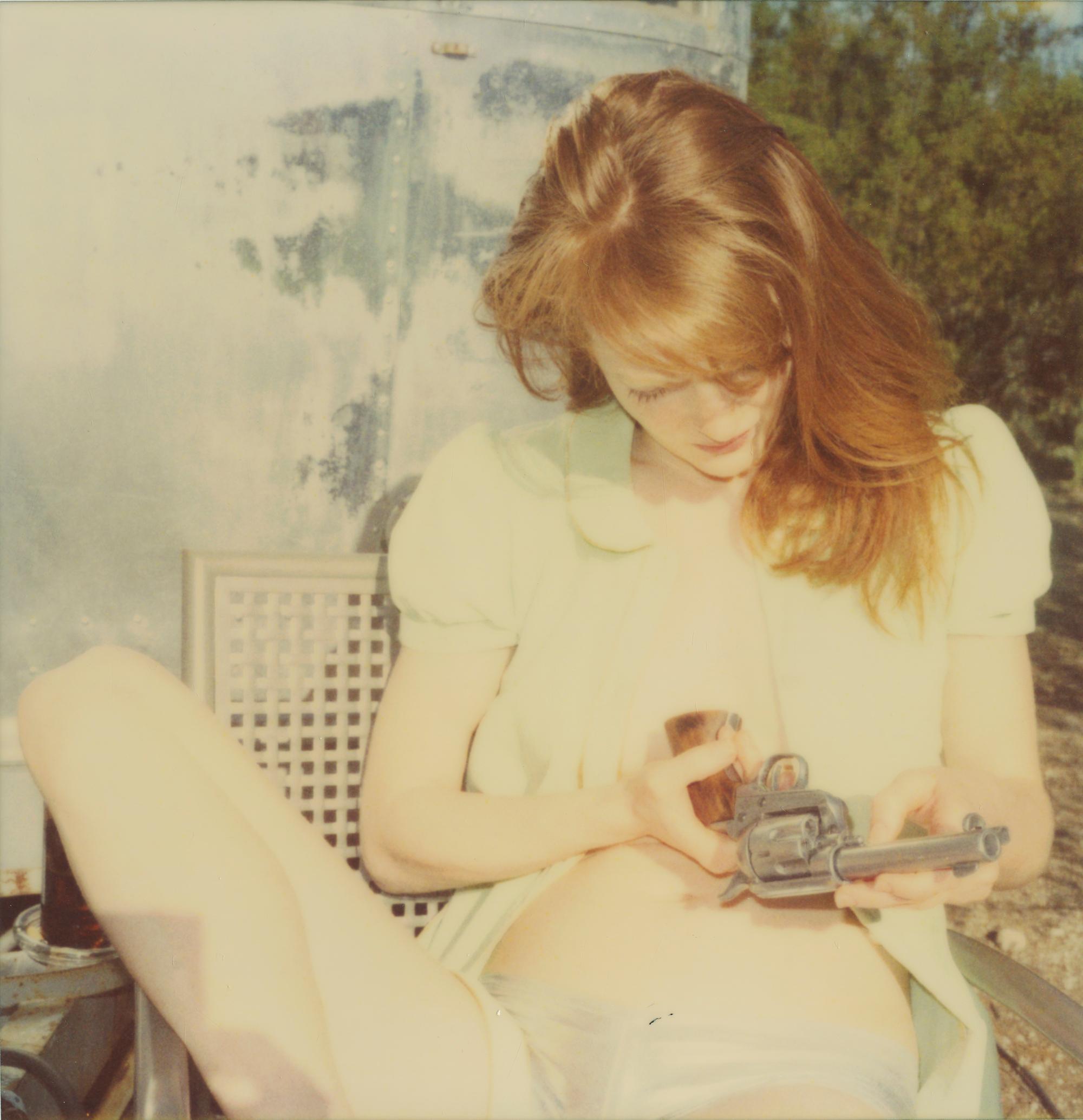 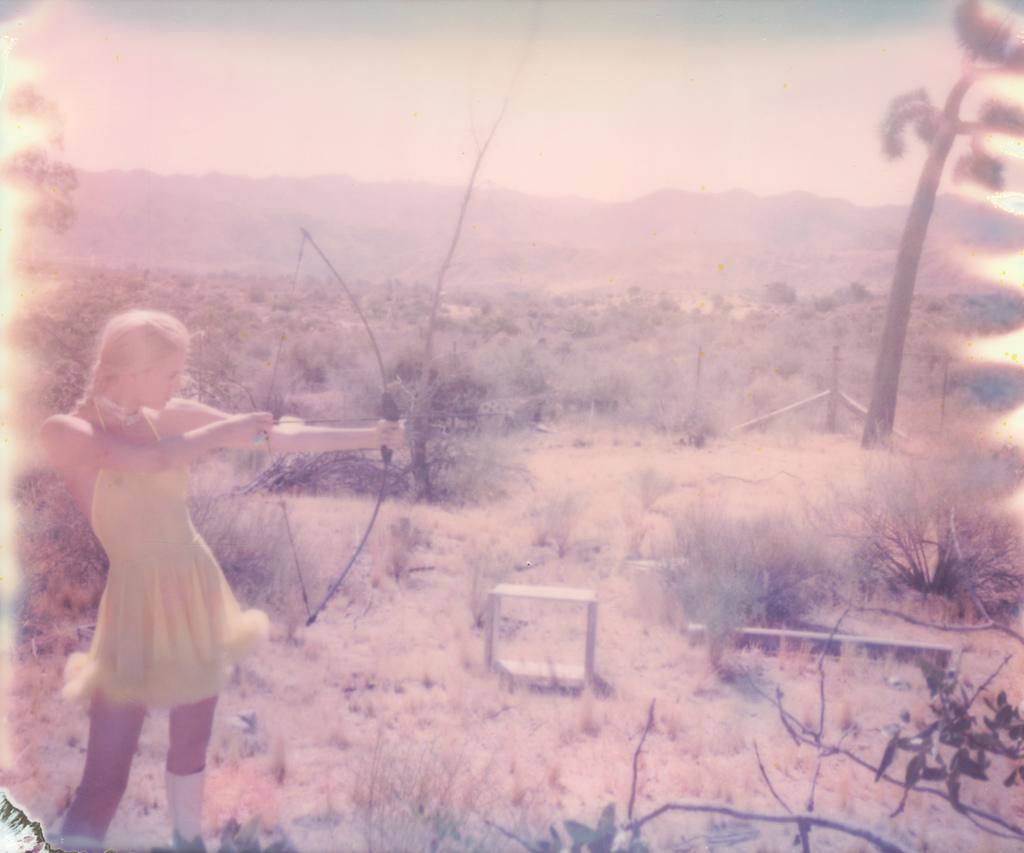 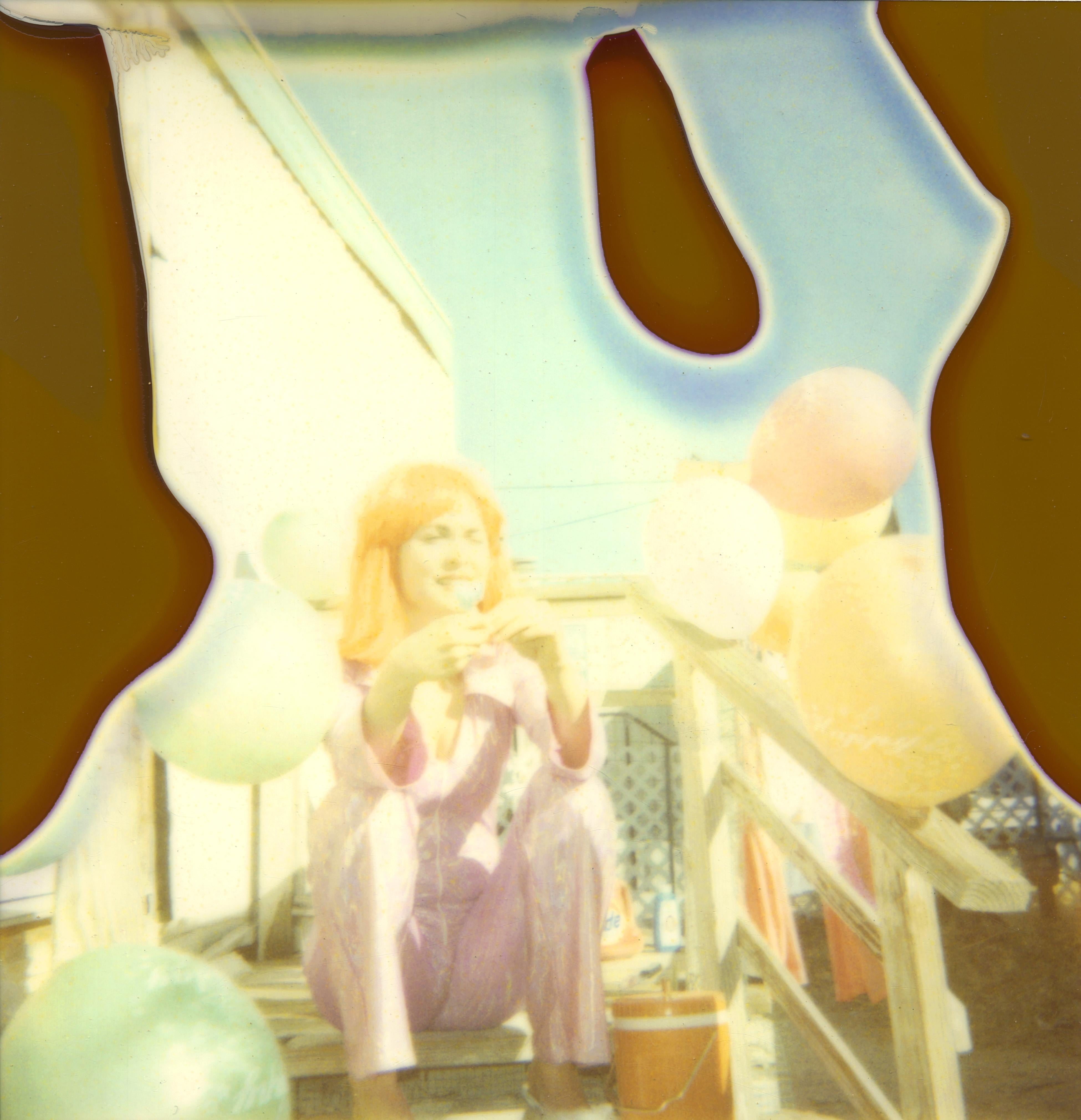 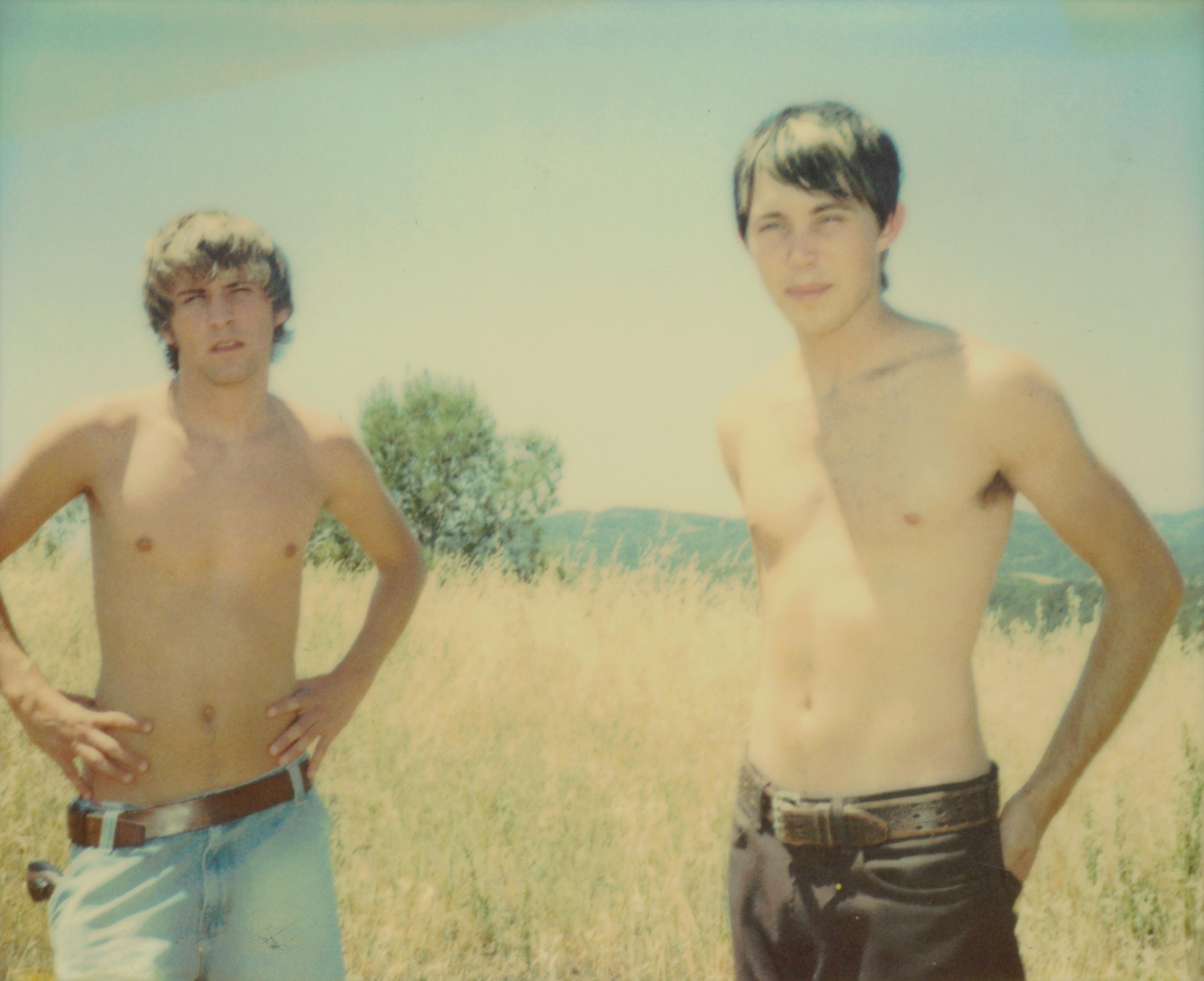 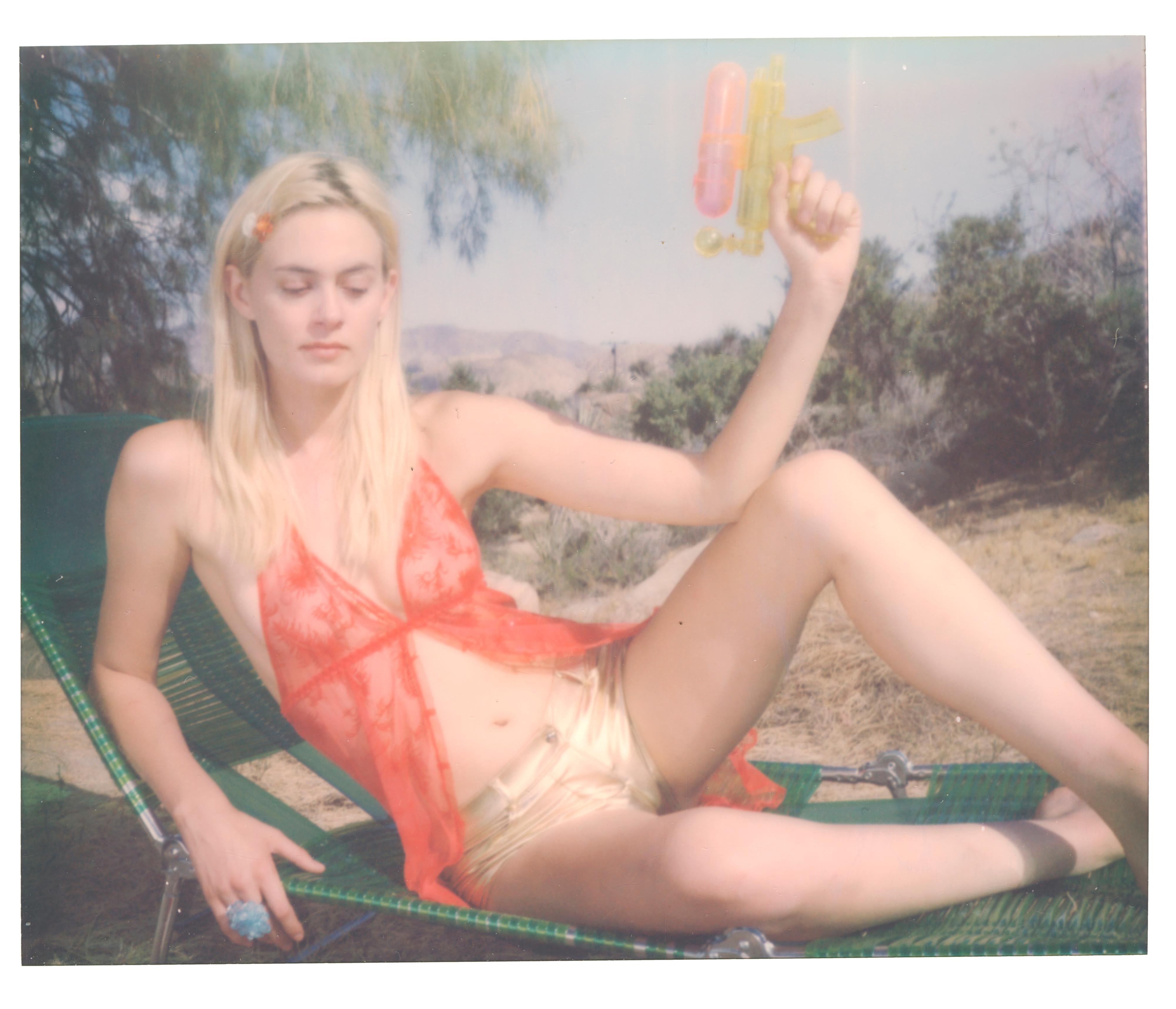 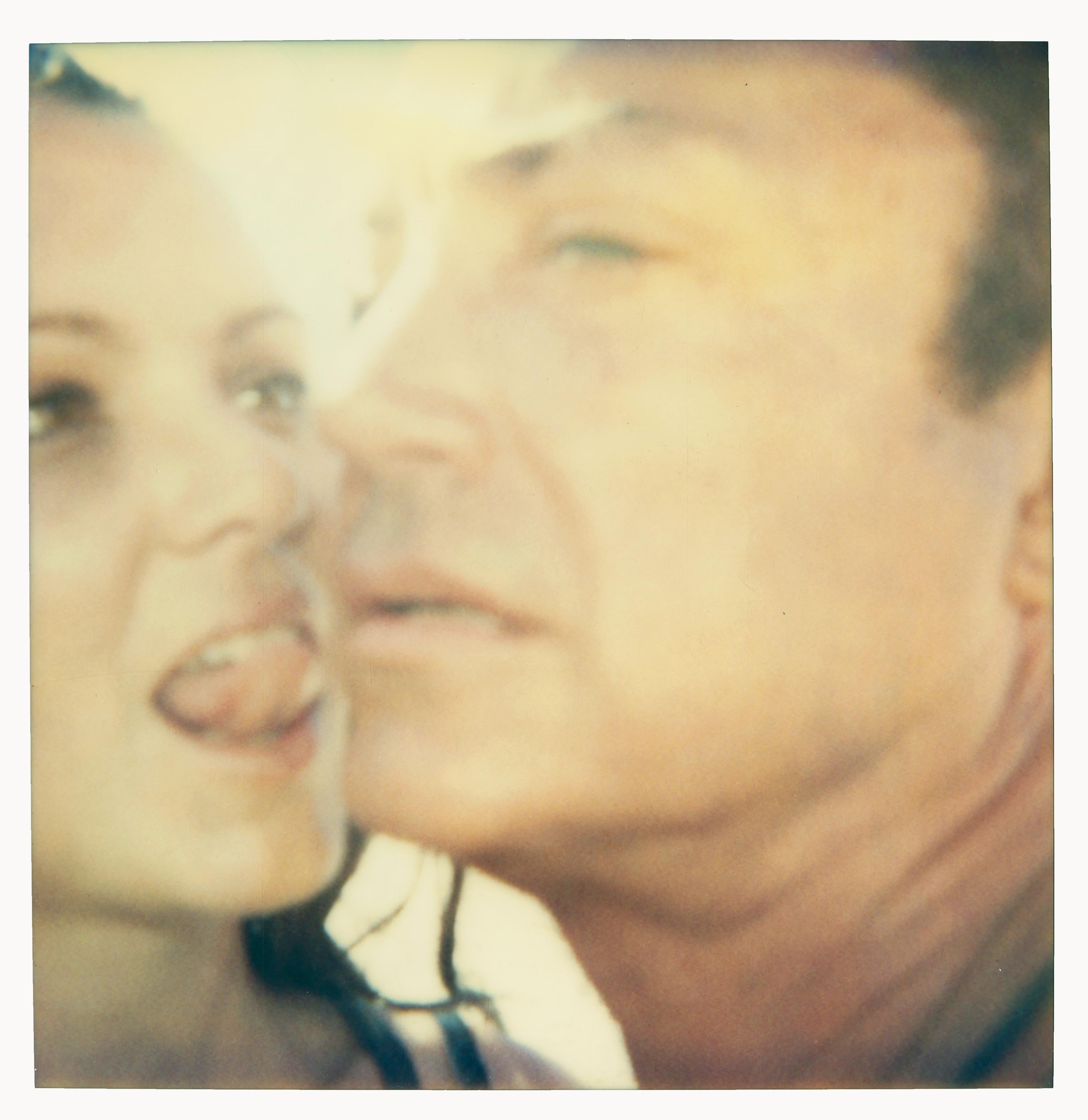 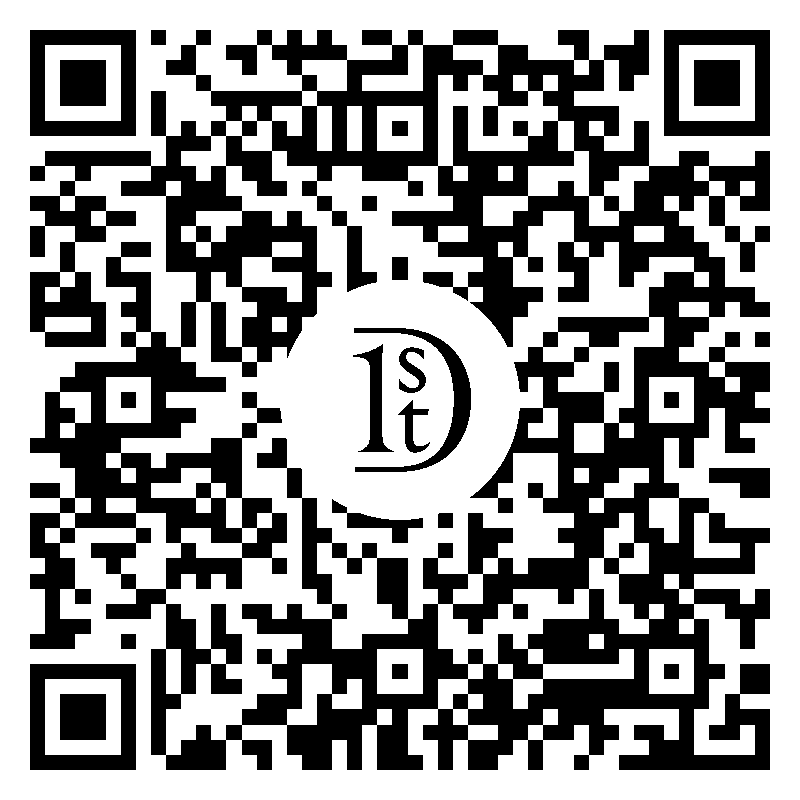 'Pray for the Rain' (Till Death do us Part), 2005, 20x24cm, Edition 1/10, Digital C-Print print direct from the Berlin 'labudio' Laboratory based on a Polaroid Certificate and Signature label artist Inventory No. 9072.08 not mounted A German view of the American West The works of Stefanie Schneider evoke Ed Ruscha's obsession with the American experience, the richness of Georgia O'Keefe's deserts and the loneliness of Edward Hopper's haunting paintings. So how exactly did this German photographer become one of the most important artists of the American narrative of the 20th and 21st century? Born in Germany in 1968, photographer Schneider divides her time between Berlin and Los Angeles. Her process begins in the American West, in locations such as the planes and deserts of Southern California, where she photographs her subjects. In Berlin, Schneider develops and enlarges her works by hand. What is most initially striking about Schneider's images is the color of her expired Polaroid film but her role in preserving the use of Polaroid film is one aspect of her work that has gained great respect from her contemporaries and the critics, as her work came about during a time when the Polaroid, a symbol of American photography, was on the road to extinction. This theme of preservation and deterioration is a core part of Schneider's oeuvre. In an interview in October 2014 with Artnet, the artist explained how her own experiences of pain and loss inspire her. ''My work resembles my life: Love, lost and unrequited, leaves its mark in our lives as a senseless pain that has no place in the present.'' Schneider's subjects are often featured in apocalyptic settings: desert planes, trailer parks, oilfields, run-down motels and empty beaches, alone, or if not, not connected with one another. ''It is the tangible experience of ''absence'' that has inspired my work,'' explained Schneider. This sense of absence runs deep through Schneider's work, the fact she even uses expired film means there is a sense of the unknown as she will not know if her subjects have been captured until she is in the dark room. Long before Valencia, Mayfair and Amaro, or any other Instagram filters, Schneider was creating this otherworldliness the image sharing network tries to create. (Barnebys UK, May 3, 2017)

$43,416
Kanja Shaking - Contemporary British Art, Animal Photography, Wildlife, Tiger
By Tim Flach
Located in Brighton, GB
Please be aware that the US recently imposed an import duty on photographs printed in the last 20 years which may apply if you are purchasing and importing this to the US. All print...
Category

$9,922
Untitled #07, Cascais, 2002 - Karine Laval, Swimming Pools, Seascapes, Children
By Karine Laval
Located in Brighton, GB
All prints are produced to order. Lead times between 5-10 days. Due to currency fluctuations prices may change. Please contact the gallery for more information about this print. ...
Category

$13,480
Ya Yun 'Elegant' - Contemporary British Art, Animal Photography, Pandas, Chinese
By Tim Flach
Located in Brighton, GB
Please be aware that the US recently imposed an import duty on photographs printed in the last 20 years which may apply if you are purchasing and importing this to the US. All print...
Category