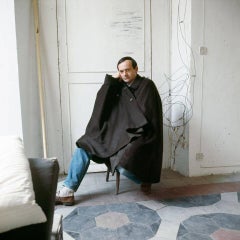 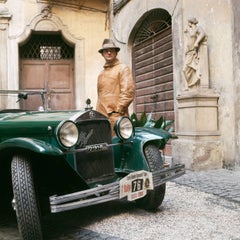 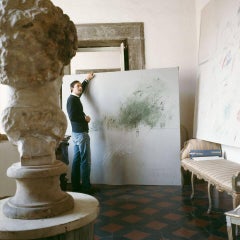 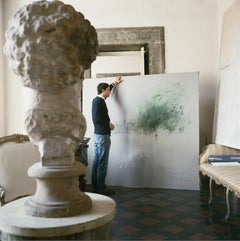 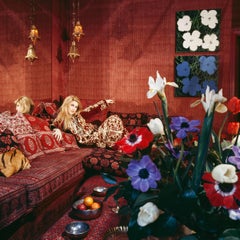 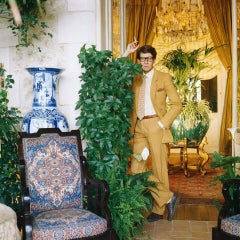 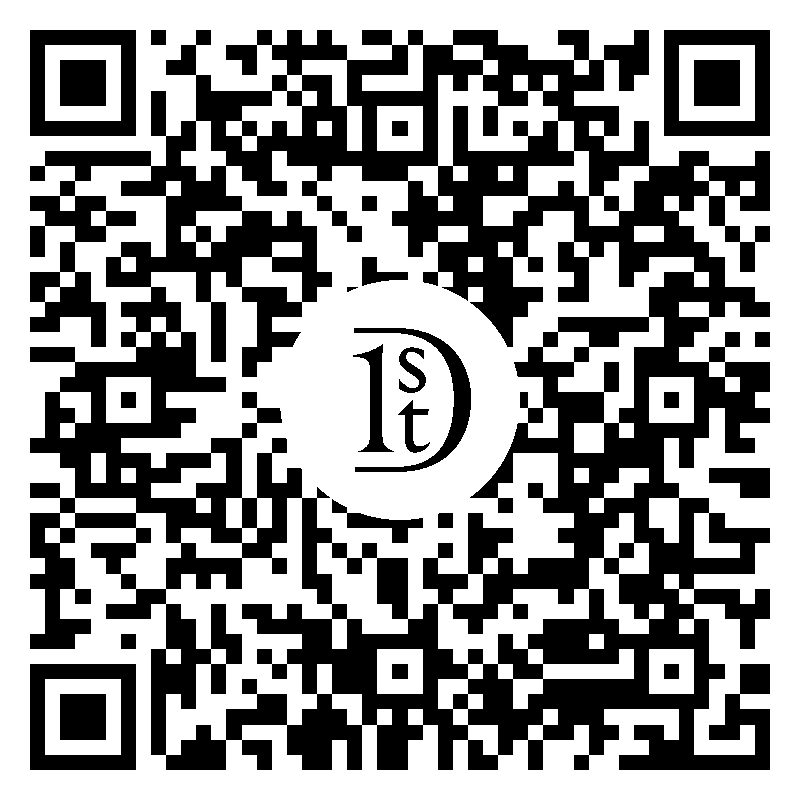 Paloma Picasso - Paloma and Jewellery, New York, 1985 by Horst P. Horst Archival Pigment Print Image size: 23.6 in. H x 23.6 in. W Sheet size: 29.5 in. H x 29.5 in. W Edition of 9 This image is part of the Paloma Picasso portfolio and is sold individually in 4 limited edition dimensions. She posed for Horst before the fireplace in her New York duplex. Not many of us can say we started collecting Art Deco furniture as teenagers. Far fewer can embellish our walls and side tables with Picasso sculptures and paintings by the baker's dozen. Paloma Picasso was born into incredible privilege on all front including the domestic. But perhaps her greatest good fortune was the innate creative talent that allowed her to forge an independent identity, by her own lights, as a designer. All Prices are quoted as "initial price". Please note that prices and availability may change due to current sales. Limited editions/ Printed under the supervision of the Horst Estate/ Courtesy of Conde Nast. ----------------------------------------------- Horst P. Horst (born Horst Paul Albert Bohrmann) was one of the towering figures of 20th-century fashion photography. Best known for his work with Vogue—who called him “photography’s alchemist”—Horst rose to prominence in Paris in the interwar years, publishing his first work with the magazine in 1931. In the decades that followed, Horst’s experimentations with radical composition, nudity, double exposures, and other avant-garde techniques would produce some of the most iconic fashion images ever, like Mainbocher Corset and Lisa with Harp (both 1939). As The New York Times once described, “Horst tamed the avant-garde to serve fashion.” Though associated most closely with fashion photography, Horst captured portraits of many of the 20th century’s brightest luminaries, dabbling with influences as far-ranging as Surrealism and Romanticism. “I like taking photographs because I like life,” he once said. “And I love photographing people best of all because most of all I love humanity.”

Price Upon Request
Portrait of a Madonna with Silky Gloves I
By Carlos Gamez de Francisco
Located in Greenwich, CT
Category

Carlos Gamez de Francisco
Portrait of a Madonna with Silky Gloves I, 2019