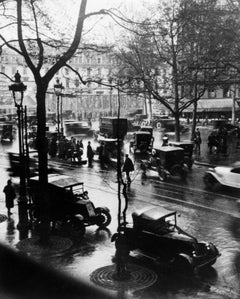 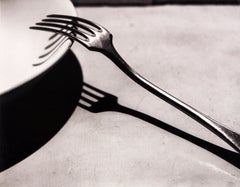 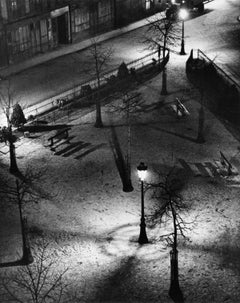 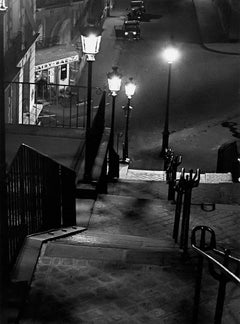 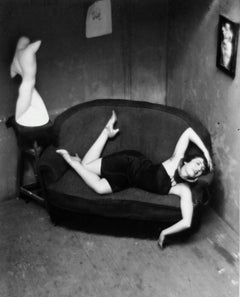 H 16 in. W 20 in. D 0.1 in.
Satiric Dancer
By Andre Kertesz
Located in New York, NY
Signed by the photographer.
Category

H 24 in. W 20 in.
Violin Shop
By Andre Kertesz
Located in Toronto, Ontario
This black-and-white photograph printed one year before his death is a classic example of Kertész's work. The image shows a still-life composition taken within a violin shop. Utilizi...
Category

H 13.5 in. W 17 in.
Piet Mondrian
By Andre Kertesz
Located in New York, NY
Signed by the photographer.
Category

H 10 in. W 8 in.
Distortion #16, Paris
By Andre Kertesz
Located in New York, NY
Signed by the photographer.
Category

H 10 in. W 8 in.
Portrait of a Young Man
By Andre Kertesz
Located in Carmel-by-the-Sea, CA
Carte-postale printing on back of print. Unsigned.
Category

Andre Kertesz
Portrait of a Young Man, Circa 1927

H 8 in. W 10 in. D 0.1 in.
Still Life with Flowers and Snake, New York
By Andre Kertesz
Located in New York, NY
All editions signed by the photographer. Availability subject to change without notice.
Category

Two Sailors
By Andre Kertesz
Located in Carmel-by-the-Sea, CA
Artist's stamp on the back of the print and annotated, '4-20-47'.
Category

H 9.5 in. W 7.5 in.
Distortion #40, Paris
By Andre Kertesz
Located in New York, NY
Signed by the photographer.
Category

H 10 in. W 8 in.
Portrait of Mlle Jaffe, 1927
By Andre Kertesz
Located in Carmel-by-the-Sea, CA
Signed and dated with carte-postale printing on back of print.
Category

H 4 in. W 2.25 in.
Rockefeller Center
By Andre Kertesz
Located in Carmel-by-the-Sea, CA
Dated 4-10-37 and numbered 38 on back of mount by photographer.
Category

H 11 in. W 14 in.
Homage to Robert Capa, 1954 (New York Skyline)
By Andre Kertesz
Located in Carmel-by-the-Sea, CA
Titled in an assistant's hand with printing and size notations on print verso. From the Estate of Andre Kertesz. Printed circa 1954.
Category

H 8 in. W 10 in.
Cheese Racks, Paris
By Andre Kertesz
Located in Carmel-by-the-Sea, CA
From the Kertesz estate. No stamp or information on print. Printed in the 1930s.
Category

H 9.5 in. W 7.125 in.
Chez Mondrian, Paris, 1926
By Andre Kertesz
Located in Carmel-by-the-Sea, CA
Signed and dated in pencil on the back of the photograph. Printed in the 1970s. Many later prints are not signed and only stamped. Strong print with good middle tones and nice contrast.
Category

H 7.5 in. W 9.75 in.
Andre Kertesz - J'aime Paris. Photographs Since The Twenties
By Andre Kertesz
Located in New York, NY
"I write with light and the light of Paris helped me express what I felt and what I feel: J'aime Paris." -Kertesz<br /> <br /> <br /> FIRST EDITION, SIGNED BY KERTESZ. One of Kert...
Category

Get Updated with New Arrivals
Save "André Kertész", and we’ll notify you when there are new listings in this category.

André KertéSz For Sale on 1stDibs

Find the exact andré kertész you’re shopping for in the variety available on 1stDibs. Find Post-War versions now, or shop for Post-War creations for a more modern example of these cherished works. If you’re looking for a andré kertész from a specific time period, our collection is diverse and broad-ranging, and you’ll find at least one that dates back to the 20th Century while another version may have been produced as recently as the 20th Century. When looking for the right andré kertész for your space, you can search on 1stDibs by color — popular works were created in bold and neutral palettes with elements of black, gray and brown. Finding an appealing andré kertész — no matter the origin — is easy, but Andre Kertesz each produced popular versions that are worth a look. Artworks like these of any era or style can make for thoughtful decor in any space, but a selection from our variety of those made in silver gelatin print and offset print can add an especially memorable touch.

How Much is a André KertéSz?

Known for capturing the essence of a moment, André Kertész was considered one of the most influential photographers of the 20th Century. He was born in Budapest, Hungary, on July 2, 1894. André Kertész’s pictures of everyday life greatly influenced magazine photography in the United States and Europe as his distinctive style showed generations of photographers how to shoot without intruding in the situation or the emotion of the day. After being severely injured during WWI, he returned to Budapest. Surprisingly, his post-war career initially continued as a clerk in the Budapest stock exchange. Kertész moved to Paris in 1925 to work as a freelance photographer. He soon made friends with some of the leading artists of the time, including Fernand Léger, Marc Chagall and Piet Mondrian. In 1928 he bought a Leica, a small handheld camera which gave him the freedom to move about the streets of Paris. The camera-enabled him to capture spontaneous moments of urban life, a subject that would fascinate him throughout his career. With his Leica and the friendship of these artists, he was able to develop a visual history of Paris. His work appeared in French, Italian and British publications, including prominent magazines and newspapers of the day like the London Sunday Times. At the onset of Hitler's Germany and the specter of war on the horizon, Kertész moved to New York City in 1936 to pursue his career as a photographer. He became a United States citizen in 1944. In 1949 he became a staple with Condé Nast. Alongside Alexander Liberman, Kertész helped to transform and elevate House and Garden magazine into the publication envisioned by Mr. Liberman. Once Kertész retired from commercial work in 1962, his work began to be recognized as Fine art photography. His projects harkened back to his early work in Hungary with street scenes, still-life and the movements of everyday people. Kertész's work is in numerous private and public collections including the Museum of Modern Art, The Art Institute of Chicago, J. Paul Getty Museum, Center for Creative Photography, Smithsonian Institution and Pompidou Center. As per Brassaï’s words, “André Kertész has two qualities that are essential for a great photographer, an insatiable curiosity about the world, about people and life and a precise sense of form." Kertész died in New York City, on September 27, 1985.