Artist and designer Georges Briard (1917–2005) — a name that has for more than a century been a marker of spectacular and stylish vintage glassware, serveware and other household objects — was born Jascha Brojdo in Russian Ukraine.

Brojdo grew up in Poland and moved to the United States in the 1930s, studying art at the University of Chicago and the Art Institute of Chicago before serving in the U.S. Army during World War II. After the war, he began hand-painting metal serving trays while working for Max Wille of M. Wille Company, where Wille suggested changing his name to distinguish his commercial work from his fine art.

As Georges Briard, Brojdo created award-winning designs for items including glasses, trays, coffeepots and dishes in materials like glass, ceramics, metal and wood; he even created gold-plated serveware. His serveware was especially popular from the 1950s to ’70s. It was produced by companies including Culver, Pfaltzgraff and Mdina Glass and sold at high-end department stores like Neiman Marcus and Bonwit Teller. His designs have a signature opulence, evoking the mid-century modern aesthetic of his time as well as borrowing elements from Art Nouveau and Venetian styles, while the quirky, playful barware pieces he produced featured peacock feathers, skulls and tennis balls.

With colorful, intricate patterns and motifs such as butterflies, Christmas trees and Piet Mondrian-esque geometric abstractions, Georges Briard glasses and dishes were found in the homes of the most fashionable hosts of the mid-century. Today, they are highly prized by collectors.

Find a collection of Georges Briard vintage bar glasses, serving trays and other goods on 1stDibs. 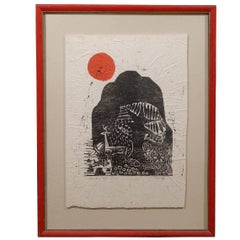 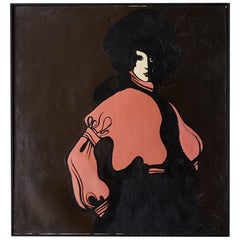