W .75 in. L 1.25 in.
Lalaounis Yellow Gold and Diamond Earrings
By Ilias Lalaounis
Located in Chicago, IL
Circa 1980s Ilias LaLaounis 18k Yellow Gold Earrings, in the form of foliage and having a band of Diamonds approximately 1/4 carat. The earrings measure 1 1/4 inch in length x 3/4 i...
Category 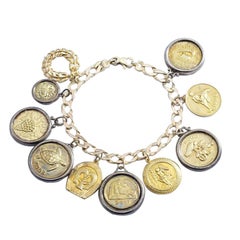 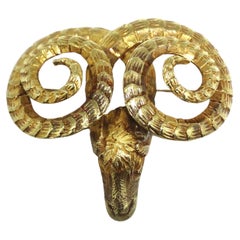 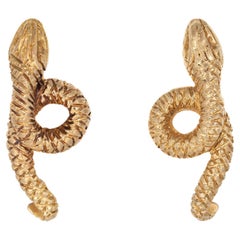 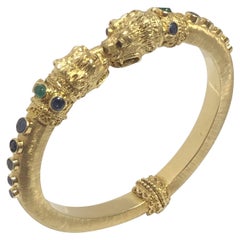 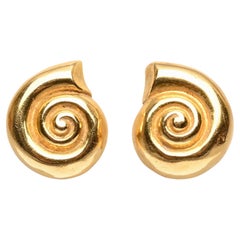 1stDibs offers a range of Ilias Lalaounis jewelry and watches. These unique items were designed with extraordinary care, often using gold. While looking for the most stylish antique or vintage Ilias Lalaounis jewelry to pair with your ensemble, you’ll find that Ilias Lalaounis ruby jewelry & watches can add a particularly distinctive touch to your look, from our inventory of 30. This collection contains 121 pieces as well as a number of other designs by this jeweler.. Modern and contemporary are among the most popular styles of the Ilias Lalaounis jewelry & watches available on 1stDibs. While this collection reflects work that originated over various time periods, most of these items were designed during the 20th Century. If you’re looking for additional options, many customers also consider jewelry & watches by Syna Jewels, Henry Dunay and Angela Cummings. Prices for Ilias Lalaounis watches and jewelry can vary depending upon gemstone, time period and other attributes. Price for these items starts at $375 and tops out at $85,000, while pieces like these can sell for $6,500 on average.