Born in 1990, Julie Richoz is a Swiss designer working in Paris. After graduating from ECAL, Ecole Cantonale d’Art de Lausanne, she started working for Pierre Charpin as a project assistant. In 2012, she set up her design studio in Paris, where she enjoys curiosity and sensibility to develop her language through objects. Richoz has won the Grand Prix of the Design Parade 2012 at the Villa Noailles. She was a designer-in-residency at Sèvres, Cité de la céramique, as well as at CIRVA, an international research center on arts and glass, Marseille, where she was given the chance to explore the materials and the savoir-faire behind them. In 2015, she received a Swiss Design Award, which is Switzerland’s leading national design competition organized annually by the FOC since 1918.

(Biography provided by Side-Gallery)
Applied Filters3 results
Creator:Julie Richoz
3
to
Item Location
3
3
Width
to
Length
to
3
3
3
1
3
3
3
3
3
33
603
220
164
121
Yellow Rug in Moroccan Hand Knotted Wool by Julie Richoz
By Julie Richoz
Located in Paris, FR
TRAME is a homeware brand that explores new domestic landscapes across the Mediterranean. Each collection of homeware and accessories is inspired by a historical episode, reflects a ...
Category 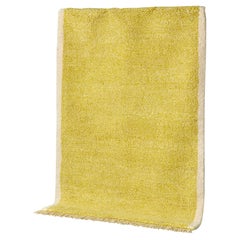 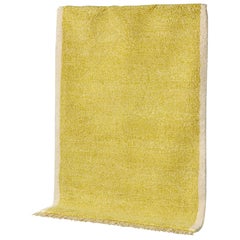 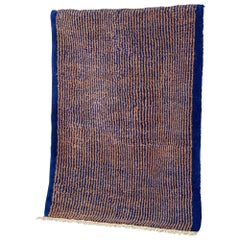