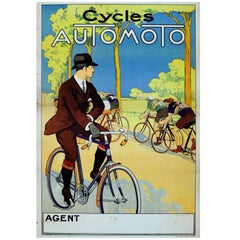 H 39.77 in. W 31.5 in. D 0.04 in.
Original French Art Deco Chapeaux Mossant Poster by Olsky
By Olsky
Located in Los Gatos, CA
We know the company from Cappiello’s popular poster from 1930 where three white gloved hands are doffing their hats. This equally striking design silhouettes a stylish mustached man...
Category 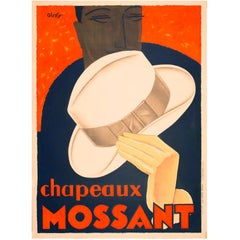 H 62 in. W 47 in. D .1 in.
Leonetto Cappiello 'France, 1875-1942' 1922 Contratto Lithograph Poster
By Leonetto Cappiello
Located in Bridgeport, CT
The Classic Cappiello poster in an outstanding custom frame. Signed in the plate 922 lower left. A festive female figure supports a glass of overflowing bubbly Contratto on a black b...
Category

H 23.63 in. W 47.25 in. D 0.04 in.
Antique Pair of Framed Certificates, French, Award of Honour, WW1, circa 1920
Located in Hele, Devon, GB
This is an antique pair of framed certificates. A French, large award of posthumous honour from WWI and a smaller plaque of good conduct, dating to the early 20th century, circa 1920...
Category

H 10.24 in. W 9.45 in. D 0.04 in.
"Nord Express" Original Vintage French Art Deco Rail Poster 1920s
By Adolphe Mouron Cassandre
Located in Boston, MA
A. M. Cassandre burst onto the Paris scene in the mid-'20s and was soon recognized as the father of a new, Machine Age poster style. His travel posters were so revolutionary that he ...
Category

How Much are 1920s French Posters?