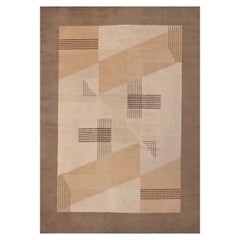 How Much is a Art Deco Mid Century European Rug?

Prices for an art deco mid century European rug can differ depending upon size, time period and other attributes — at 1stDibs, they begin at $887 and can go as high as $148,000, while the average can fetch as much as $12,000.