H 11.75 in. W 9 in. D 4 in.
19th Century Animal Bronze L'accolade
Located in Paris, FR
Bronze sculpture with brown patina L'accolade featuring two hugging horses and a dog on a naturalist base highlighted with flowers. The dog is barking at the horses. The group rests ...
Category

H 7 in. W 16 in. D 4 in.
Late 19th Century Bronze Sculpture French Setter Dog, Masson
By Clovis Edmond Masson
Located in Casteren, Noord-Brabant
A fine bronze casted sculpture of a French Setter. The bronze has the original olive-brown patina. It is made in France, circa 1890-1900. On the front at the base it is "Salon des be...
Category

H 4.93 in. W 5.32 in. D 3.35 in.
Bronze Sphinxes, France, 19th Century
Located in Greding, DE
A true pair of bronze sphinxes of opposite design mounted on marble pedestals.
Category

H 5.91 in. W 6.11 in. D 3.15 in.
19th Century "The Gazelle Of The Desert" Animal Bronze P. J. Mêne
By Pierre Jules Mêne
Located in Marseille, FR
19th century "The desert gazelle" animal bronze P. J. Mêne inscription of the same name on the edge of the terrace.
Category

H 2.17 in. W 4.93 in. D 1.58 in.
French Antique Bronze Sculpture "Running Stag" by Jules Moigniez, 19th Century
By Jules Moigniez
Located in Shippensburg, PA
Typical of Moigniez models, the casting of the present "Running Stag" is of unquestionable quality, a statement of technical expertise. A most pleasing and complex modeling of a runn...
Category

H 11 in. W 12.5 in. D 6.5 in.
19th Century French Patinated Bronze Dog Sculpture on Grey Marble Base
Located in Dallas, TX
Accessorize a man's office with this antique bronze dog sculpture. Created in France, circa 1890, the sculpture stands on a grey marble top; it features a Dogue de Bordeaux (French b...
Category

H 7.5 in. W 9.25 in. D 4 in.
French Antique Bronze Sculpture "Seated Bear" After Chrisophe Fratin, 19th C
By Christophe Fratin
Located in Shippensburg, PA
An unusual and very small cabinet bronze by Fratin of a seated bear with its paws raised in a playful manner, the bear's features avoid the humorous anthropomorphism of his popular b...
Category

H 3.38 in. W 2.44 in. D 2.94 in.
French Antique Bronze Sculpture of Goat & Kid by Pierre-Jules Mêne, 19th Century
By Pierre Jules Mêne
Located in Shippensburg, PA
A rare and exceptional model of La Chévre et le Chevreau (The Nanny Goat and her Kid) by Pierre-Jules Mene, it retains an exquisite original patina with complex variations from green...
Category

H 9.63 in. W 9.25 in. D 4.50 in.
19th Century French Bronze Hunt Dog Sculpture on Marble Base after Jules Moiniez
By Jules Moigniez
Located in Dallas, TX
This antique bronze sculpture was created in France, circa 1870. Standing on a black marble base, the composition features a setter walking on rocky ground and looking ahead. The ele...
Category

H 4.5 in. W 5.5 in. D 2.5 in.
French 19th Century Bronze of a Dead Cerluw
Located in New York, NY
An exquisitely detailed 19th century cast of a Cerluw, it is fully developed and painstakingly executed. A difficult subject to capture, birds with their peculiar personalities are s...
Category

H 3 in. W 12 in. D 10 in.
Large 19th Century French Bronze of Arab Hunter
Located in Brighton, Sussex
A large and impressive 19th century French bronze statue of an Arab hunter on horse back, surrounded by his hounds.
Category

H 23.25 in. W 19 in. D 11 in.
19th Century Bronze Sculpture "Sleeping Basset Hound" by Jean-Baptiste-Louis Guy
Located in Shippensburg, PA
A fine sand-cast model of a sleeping basset hound by animal painter and sculptor Jean-Baptiste-Louis Guy, it exhibits an overall medium brown surface patina with a complex variety of...
Category

H 11.03 in. W 3.75 in. D 3.75 in.
French 19th Century Bronze Signed Waagen of Dog with Huntsman's Kit
By Arthur Waagen 1
Located in Wells, ME
French 19th century bronze of a large dog, possibly a mastiff, with huntsman's kit sheltering under his large body, as if he is protecting his master in absentia. This substantial br...
Category

H 14.5 in. W 5.25 in. D 5.25 in.
Iconic Animalier Bronze Sculpture by Hippolyte Heizler
By Hippolyte Heizler
Located in Bochum, NRW
Hippolyte Heizler (1828–1871). Two dogs standing in front of a hare hiding under the leaves. Large bronze statuette with brown medal patina. Molded oval base. Signed on the base...
Category

H 13 in. W 15 in. D 6 in.
19th Century Fratin Bronze Bear Cup Not Signed
By Christophe Fratin
Located in Paris, FR
This Fratin bear cup is 19th century, not signed but similar to others, silver plate bronze. The cup is mounted on foot and is composed at the base of elephant heads and above of an...
Category

H 15.75 in. W 16.54 in. D 7.88 in.
Pair of 19th Century Bronze Marley Horses, After Coustou
By Coustou
Located in Brighton, Sussex
An impressive pair of 19th century patinated bronze and ormolu Marley horses, after Guillaume Coustou the elder 1677-1746.
Category

H 22.45 in. W 19.69 in. D 9.06 in.
19th Century Fratin Bronze Bear Cup Signed Daubrée Editor
By Christophe Fratin
Located in Paris, FR
This Fratin bear cup is signed Daubrée editor, 19th century, silver plate bronze. the cup is mounted on foot and is composed at the base of elephant heads and above of an eagle. The...
Category

How Much is a French Animal Bronze Sculpture 19th Century?

Prices for a French animal bronze sculpture 19th century can differ depending upon size, time period and other attributes — at 1stDibs, they begin at $275 and can go as high as $40,000, while the average can fetch as much as $3,450.

Finding the Right Animal Sculptures for You

Invite the untamed wonders of the animal kingdom into your home — and do so safely — with the antique, new and vintage animal sculptures available on 1stDibs.

Artists working in every medium from furniture design to jewelry to painting have found inspiration in wild animals over the years. For sculptors, three-dimensional animal renderings — both realistic and symbolic — crisscross history and continents. In as early as 210 B.C., intricately detailed terracotta horses guarded early Chinese tombs, while North America’s native Inuit tribes living in the ice-covered Arctic during the 1800’s wore small animal figurines carved from walrus ivory. Indeed, animal sculpture has a long history, and beginning in the 19th century, the art form started becoming not only fashionable but artistically validated — a trend that continues today. At home, animal sculptures — polished bronze rhinos crafted in the Art Deco style or ceramic dogs of the mid-century modern era — can introduce both playfulness and drama to your decor.

In the case of the frosted glass sculptures crafted by artisans at legendary French glassmaker Lalique, founded by jeweler and glass artist René Lalique, some animal sculptures are purely decorative. With their meticulously groomed horse manes and detailed contours of their parakeet feathers, these creatures want to be proudly displayed. Adding animal sculptures to your bookcases can draw attention to your covetable collection of vintage monographs, while side tables and wall shelving also make great habitats for these ornamental animal figurines.

Some sculptures, however, can find suitable nests in just about any corner of your space. Whimsical brass flamingos or the violent, realist bronze lions created by Parisian sculptor Antoine-Louis Barye are provocative and versatile pieces that can rest on windowsills or your desk. Otherwise, the brass cat shoehorns and bronze porcupine ashtrays designed by Viennese artist Walter Bosse are no longer roaming aimlessly throughout your living room, as they’ve found a purpose to serve.

Embark on your safari today and find a fascinating collection of vintage, modern and antique animal sculptures on 1stDibs. 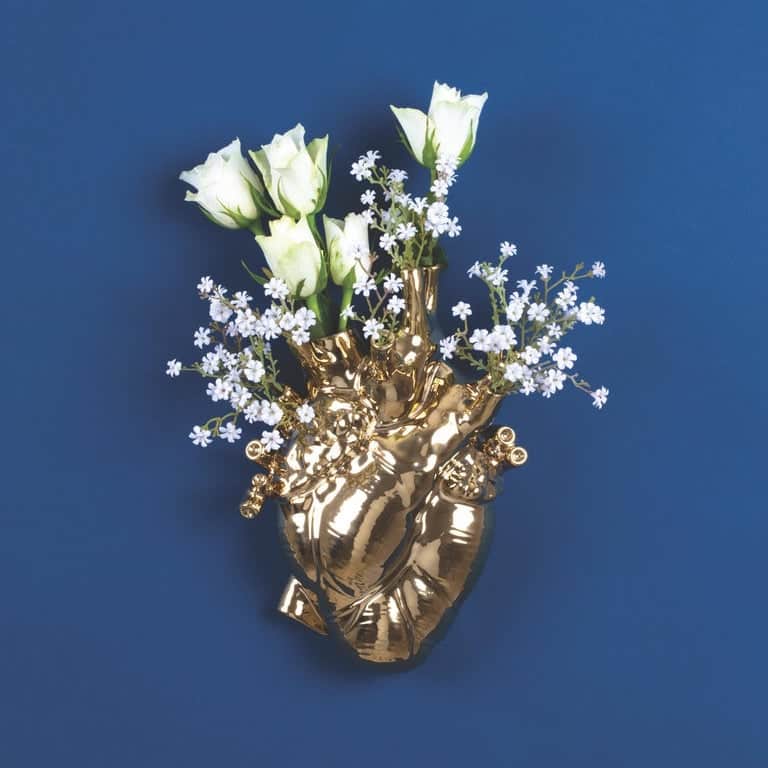