Large Midcentury Sculpture of a Standing Egret, in the Style of Maison Jansen

H 7.09 in. W 8.27 in. D 3.55 in.
Mid-Century Sculpture by Bohumil Kokrda, 1960's
By Jihokera
Located in Praha, CZ
Beautiful patinated ceramic statue designed by Bohumil Kokrda in 1967 and produced by Jihokera Bechyne in former Czechoslovakia. The statue of a nude sitting women is in good vintage...
Category

H 32 in. W 11 in. D 11 in.
Midcentury Sculpture Nude Woman by Břetislav Benda, 1935s
Located in Praha, CZ
Made in Czechoslovakia Made of burn clay Original condition.
Category

H 9.06 in. W 14.97 in. D 9.06 in.
Mid-Century Sculpture of Nude Sitting Women Designed by Jitka Forejtová, 1960s
By Jihokera
Located in Praha, CZ
- Made in Czechoslovakia - Made of ceramic - Maker: Jihokera - Good, original condition.
Category

H 39 in. W 27 in. D 7 in.
Mid-Century Sculpture by the Master Ceramist Marcello Fantoni, Signed
By Marcello Fantoni
Located in Firenze, IT
Ceramic abstract sculpture in black color, metal base. Signed Fantoni and original label of a ceramic exhibition in the 1974. Opera 3-.
Category

H 23.63 in. W 11.42 in. D 7.88 in.
Vintage Mid-Century Modern Brass Sculpture
Located in Los Angeles, CA
An extraordinary mid-century sculpture in good condition is crafted out of brass and features a unique design that would make it a wonderful addition to any sophisticated home decor ...
Category

H 19.75 in. W 12 in. D 10 in.
Copper Palm Tree Sculpture
Located in Palm Beach, FL
Mid century sculpture or object of art composed with four copper palm trees having a verdigris patina on a stone base.
Category

Midcentury Sculpture Wall Clock in the Style of Hagenauer Vienna, 1950

H 12.50 in. W 9.50 in. D 15.50 in.
Curtis Jere Sailboat Sculpture
By Curtis Jere
Located in BROOKLYN, NY
Wonderful midcentury sculpture of a sailboat by famed sculptor Curtis Jere. Showing original and untouched patina. A wonderful addition to your collection and one of his most strikin...
Category

H 41 in. W 46.5 in. D 7 in.
Midcentury Sculpture Dancing Woman Designed by Vladimír David for Royal Dux, 195
By Royal Dux
Located in Praha, CZ
- Made in Czechoslovakia - Made of porcelain - has some signs use, has been affix leg - Labeled Royal Dux - Good, original condition.
Category

H 9.85 in. W 4.34 in. D 5.91 in.
Mid-Century Modern Metal Brutalist Stylized Figurative Sculpture Marked "Ann"
Located in Hamilton, Ontario
This large metal mid-century sculpture is unsigned, but presumed to have been made in Canada in approximately 1965 in a Brutalist style. The sculpture is done entirely of scrap metal...
Category

H 35.44 in. W 23.63 in. D 23.63 in.
Edmund Spiro Wood Sculpture
Located in Sag Harbor, NY
Mid-Century sculpture attributed to Edmund Spiro. Edmund Spiro, "I needed something to major in," he said recently. "So I chose art. For decades, he created sculpture and painted, ...
Category

H .5 in. Dm 5 in.
Art Deco Sculpture, The Gatherer
By Mid Century Antiques
Located in Milton, DE
I believe this sculpture to be American but cannot positively identify it. It is Art Deco for sure, in shape, material and form. It is the gatherer during the great dustbowl debacle ...
Category

H 20 in. W 12 in. D 9 in.
Mid Century Bronze Brutalist Sculpture
Located in Bridgeport, CT
Unique Bronze in a truly Brutalist/ organic style treatment with a fine, raw surface patina having some of the investment from the casting process left on the surfaces. By multi-disc...
Category

H 7 in. W 7 in. D 3.5 in.
Mid-Century Abstract Bronze Sculpture
Located in Houston, TX
Stunning mid-century abstract bronze sculpture. This well cast abstract bronze has great patina and is perfect for a cocktail table, console table or in a bookcase.
Category

H 38 in. W 18 in. D 11 in.
Mid Century Modern Brass Ram Animal Sculpture
Located in Oklahoma City, OK
A small brass sculpture of a ram. This mid-century beauty will be perfect if styled on a bookshelf. It features a ram with its horns curled backward. He is seated with his legs curle...
Category

H 5 in. W 5 in. D 3.5 in.
Mid-20th Century Italian Avocado Sculpture
Located in Chicago, IL
A playful and whimsical mid-20th century Italian porcelain sculpture with five avocados, one cut in half with the pit showing, and placed in a basket with grass, all molded in porcel...
Category

H 28.5 in. W 15 in. D 15 in.
Lucite Sculpture Mid Century Modern
Located in Wallkill, NY
Freeform Mid-Century Modern Lucite sculpture. Be sure to check our storefront for many more decorating ideas, from primitives, Machine age, Mid-Century Modern and many pieces of art....
Category

H 7 in. W 17 in. D 9 in.
Get Updated with New Arrivals
Save "Mid Century Sculpture", and we’ll notify you when there are new listings in this category.

How Much is a Mid Century Sculpture?

Prices for a piece of mid century sculpture can differ depending upon size, time period and other attributes — at 1stDibs, they begin at $1 and can go as high as $375,000, while the average can fetch as much as $1,512. 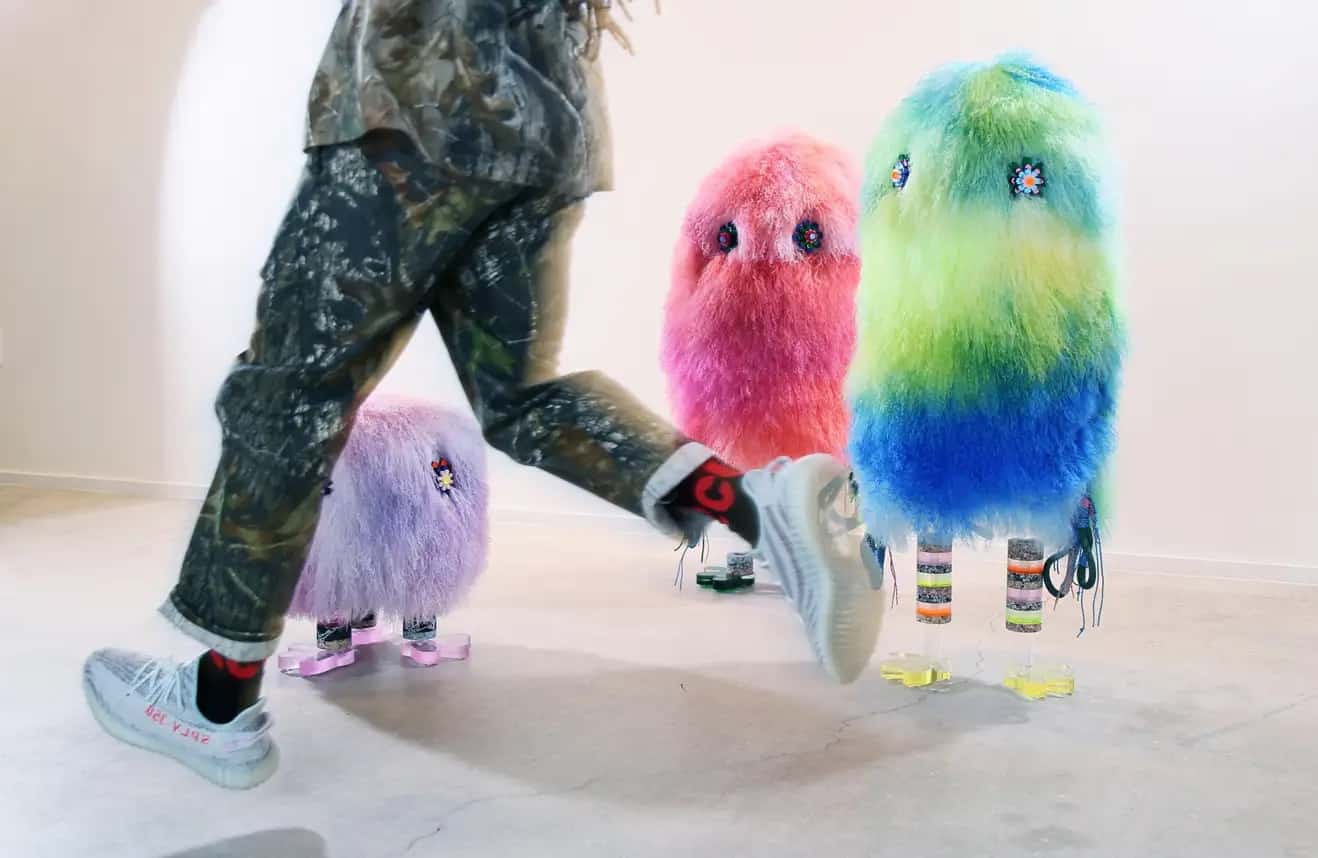