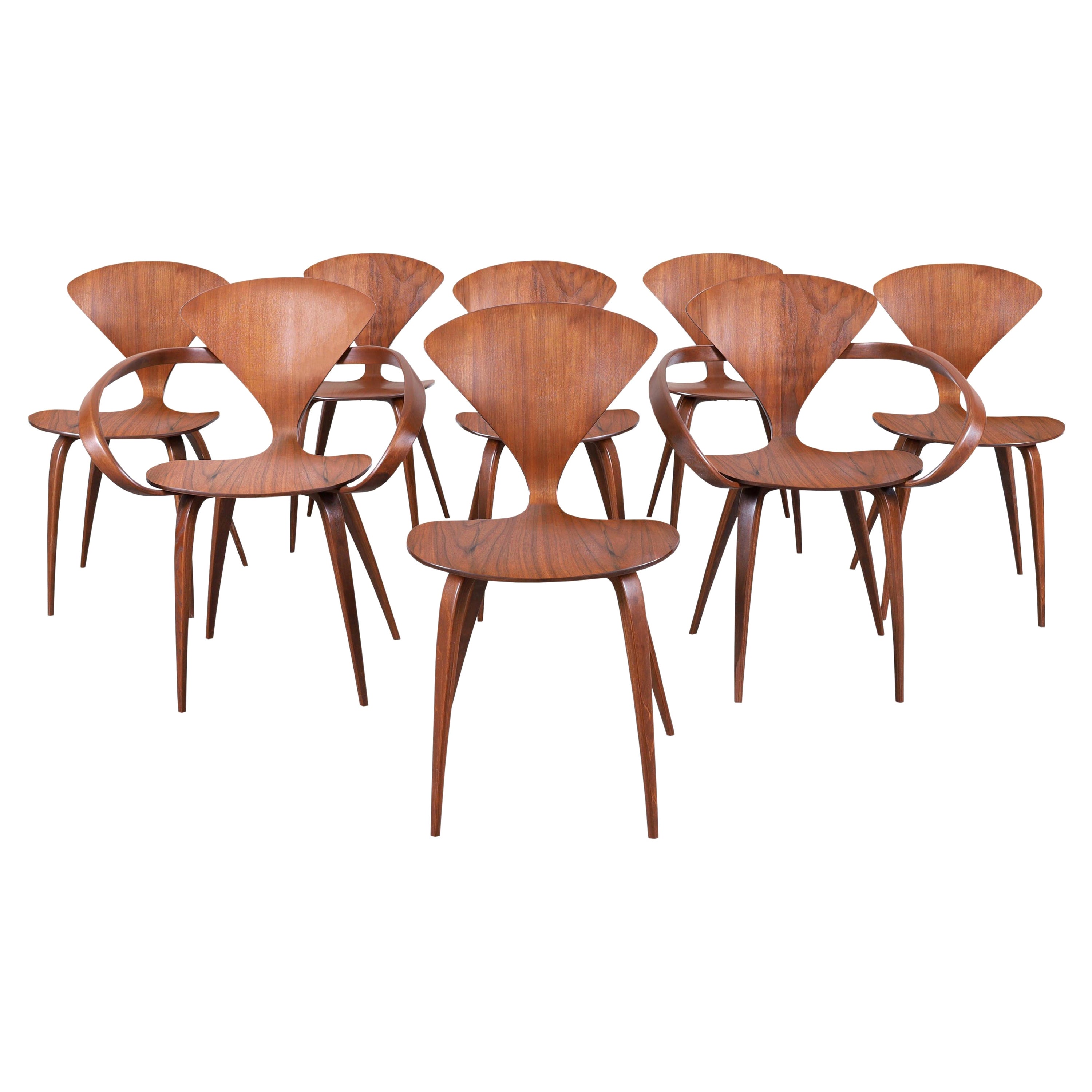 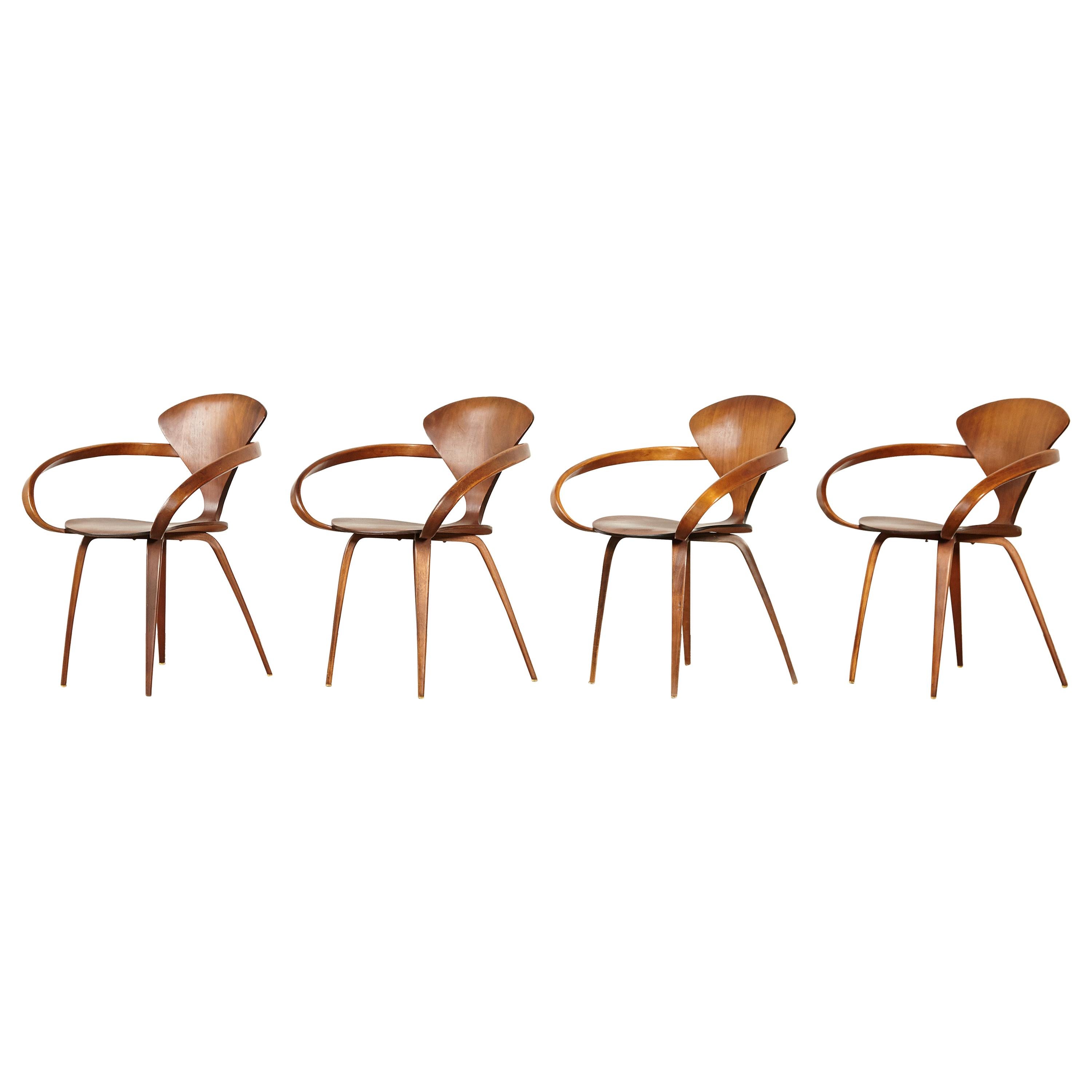 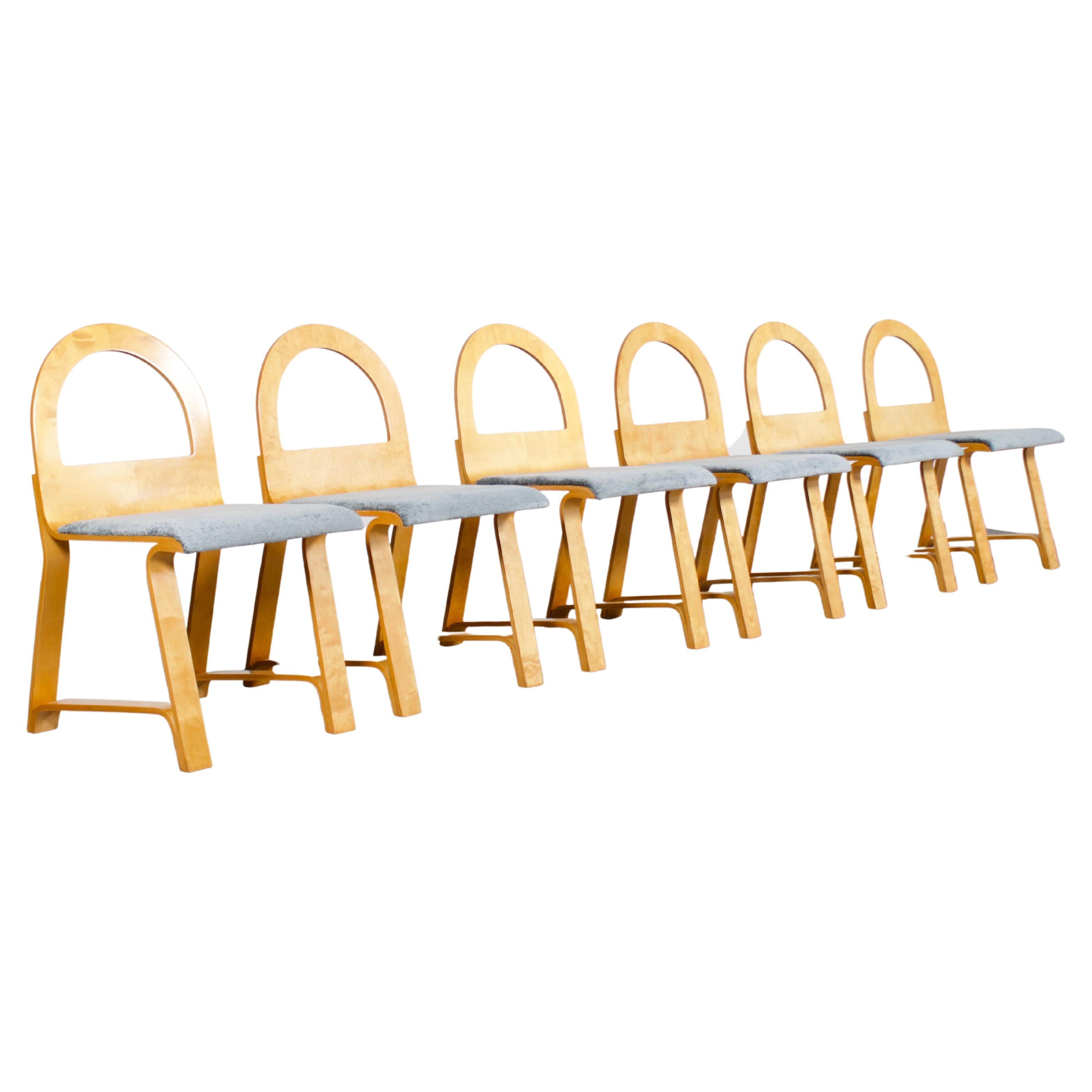 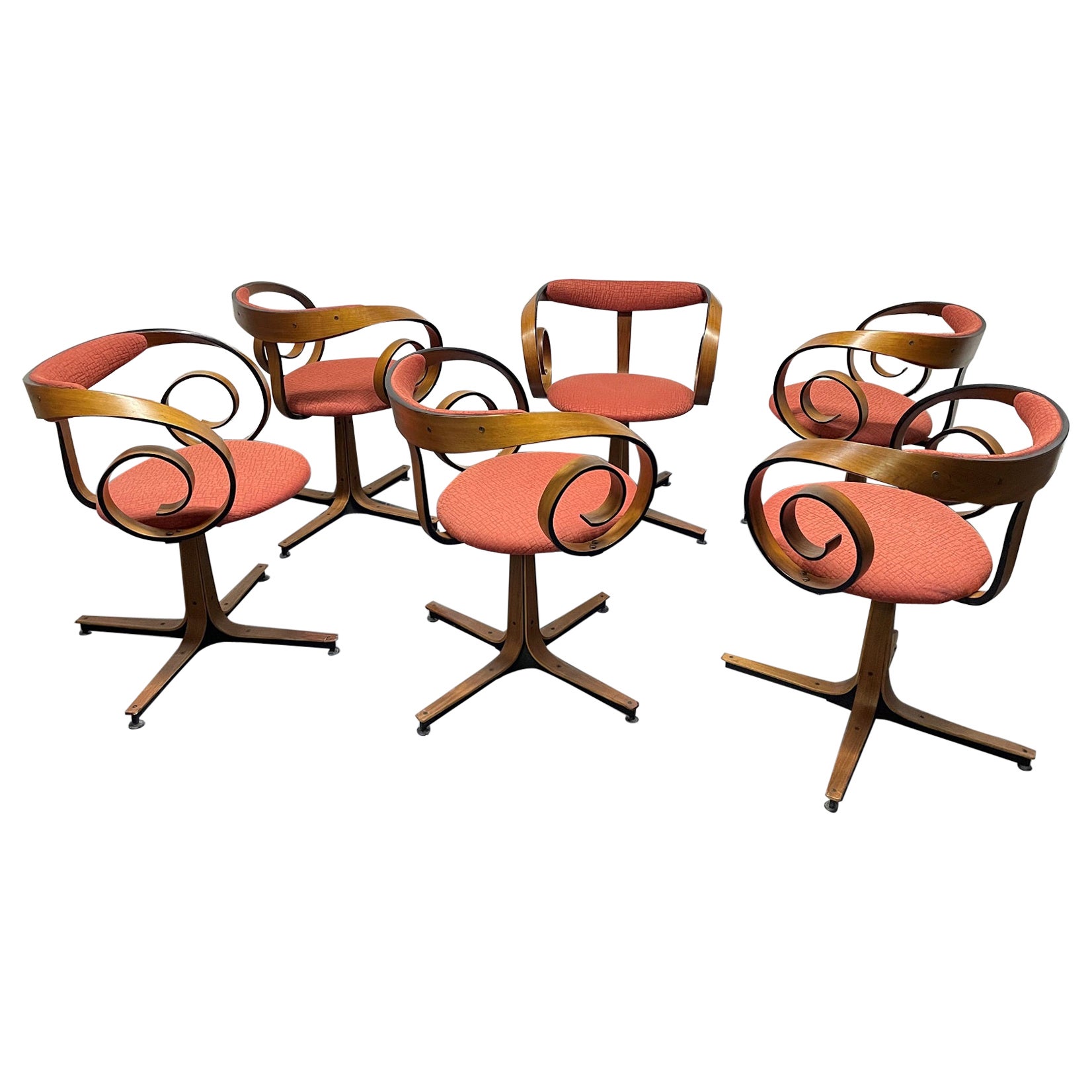 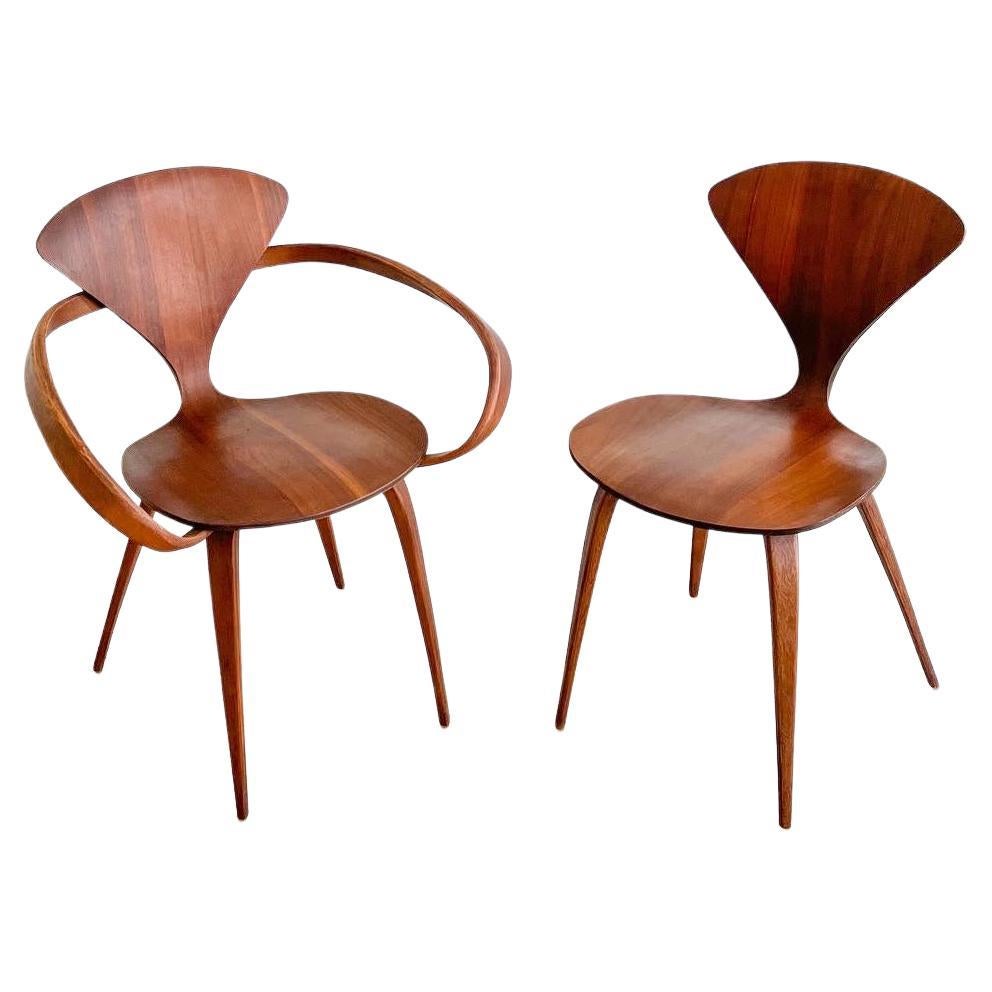 Set of 6 Bent Plywood Dining Chairs by Cherner for Plycraft 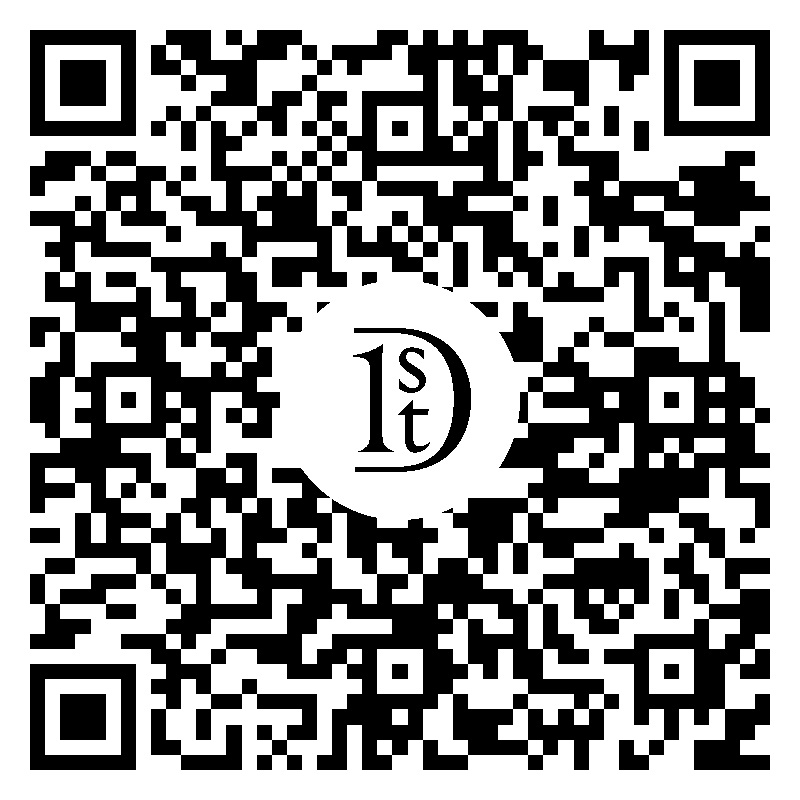 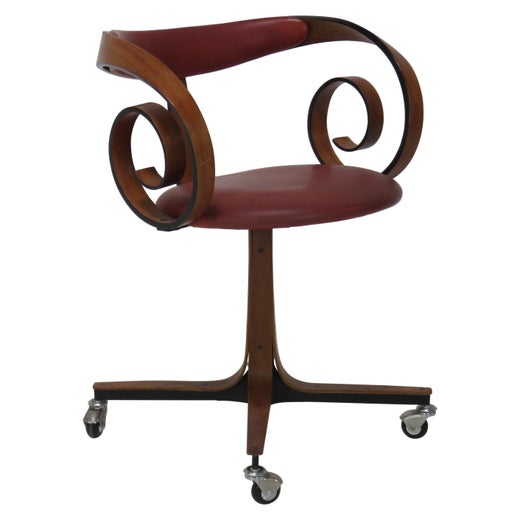 Reflecting on George Mulhauser’s decades-long career conjures up images of him sitting in his well-known Mr. Chair — a luxurious reclining mid-century modern lounge chair for Plycraft made from a single sheet of plywood — and thinking to himself what mark he would leave on the world of furniture design.

Mulhauser studied industrial design at Pratt Institute in Brooklyn, New York, and graduated in 1953. His early designs were quite venturesome and landed him his first design job in the Manhattan studio of architect, journalist and designer George Nelson, who was the director of design for legendary Michigan furniture manufacturer Herman Miller.

In 1955, Mulhauser designed his now-immediately recognizable Coconut chair. Angular and visually striking, this alluring lounge chair, with its sloping molded plastic shell, was something of a prelude. Soon, Mulhauser would make the acquaintance of American furniture designer Paul McCobb. Mulhauser collaborated with McCobb on concepts for molded fiberglass chairs, and McCobb’s Origami chair for Directional would become a big hit on the mid-20th century market.

Mulhauser kept busy. In his home studio, he sketched out each furniture design on paper and then translated them to handmade scale models. Mulhauser engaged his neighbors and family in trying out his sophisticated seating and gathered feedback for improvements. He designed his Mr. Chair for Plycraft — an adjustable armchair with a seat of tufted leather that yielded a series — and collaborated with many other companies throughout his career, including Directional, Singer, Overman and the Design Institute of America. He also taught furniture design at Pratt Institute, while the Newark School of Fine and Industrial Arts brought him on as an instructor of 3-D design.

On 1stDibs, find a collection of vintage George Mulhauser chairs, lounge chairs and other furniture.

About the Seller
4.8
Located in New York, NY
Platinum Seller
These expertly vetted sellers are 1stDibs' most experienced sellers and are rated highest by our customers.
Established in 2013
1stDibs seller since 2013
2,873 sales on 1stDibs
Typical response time: 1 hour
More From This SellerView All
You May Also Like