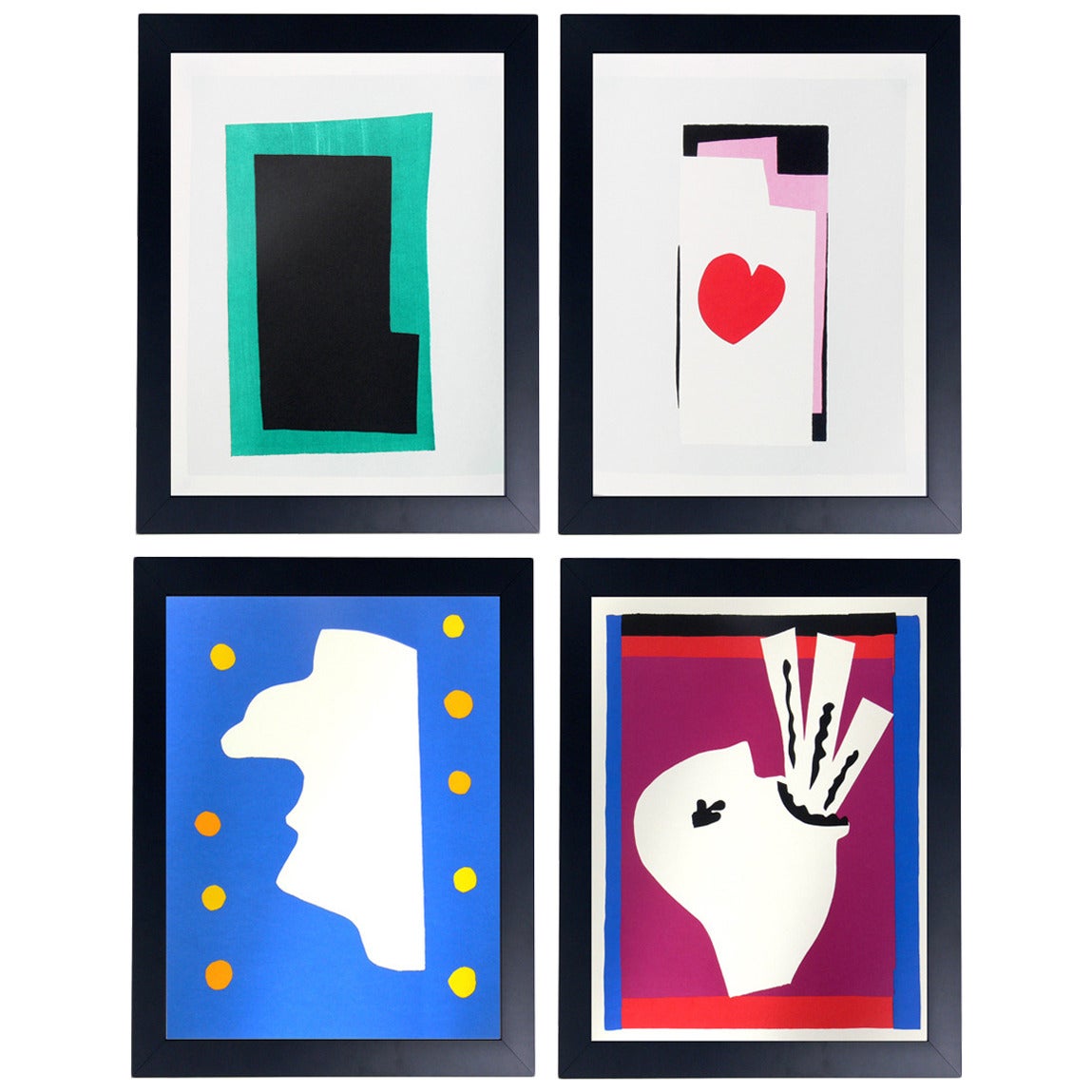 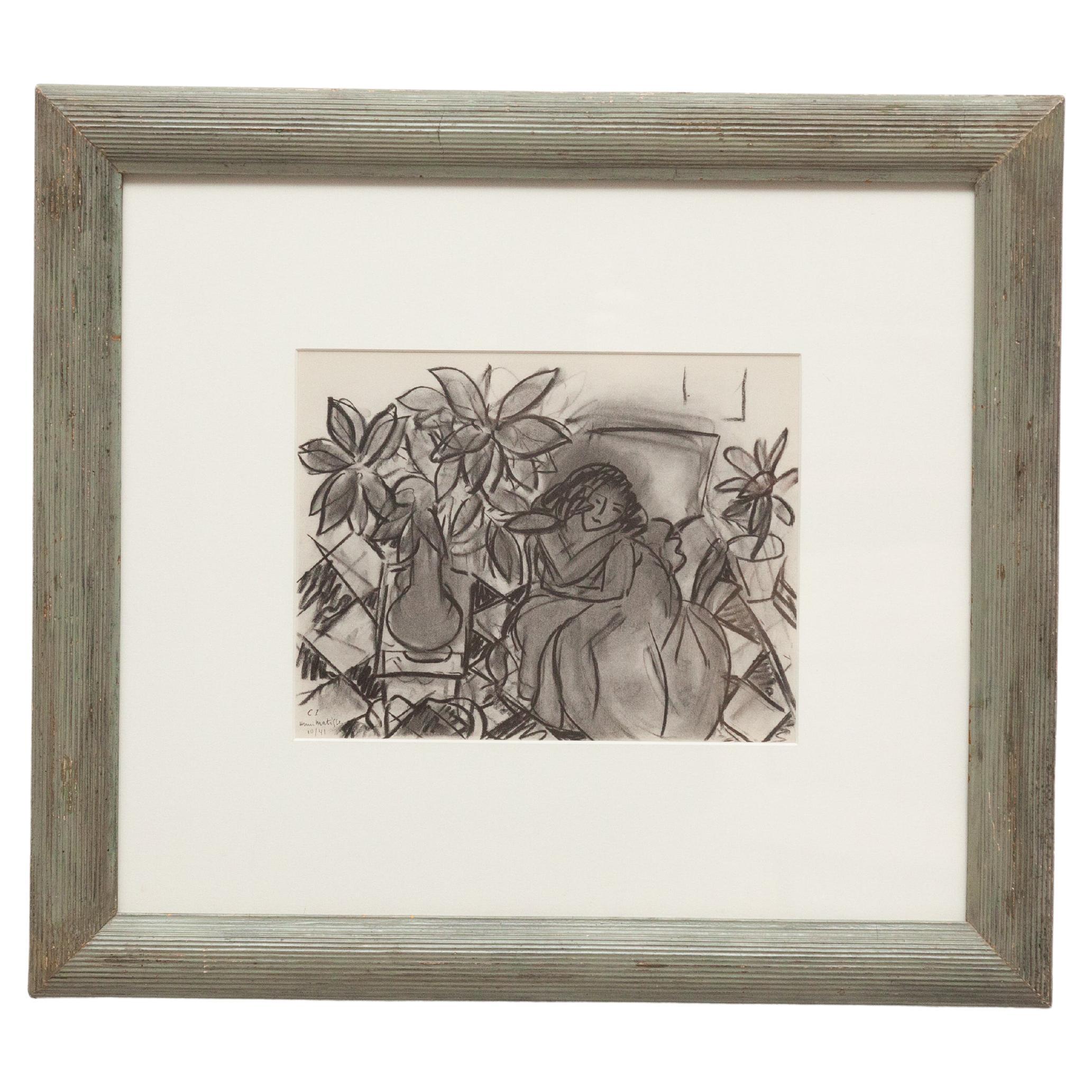 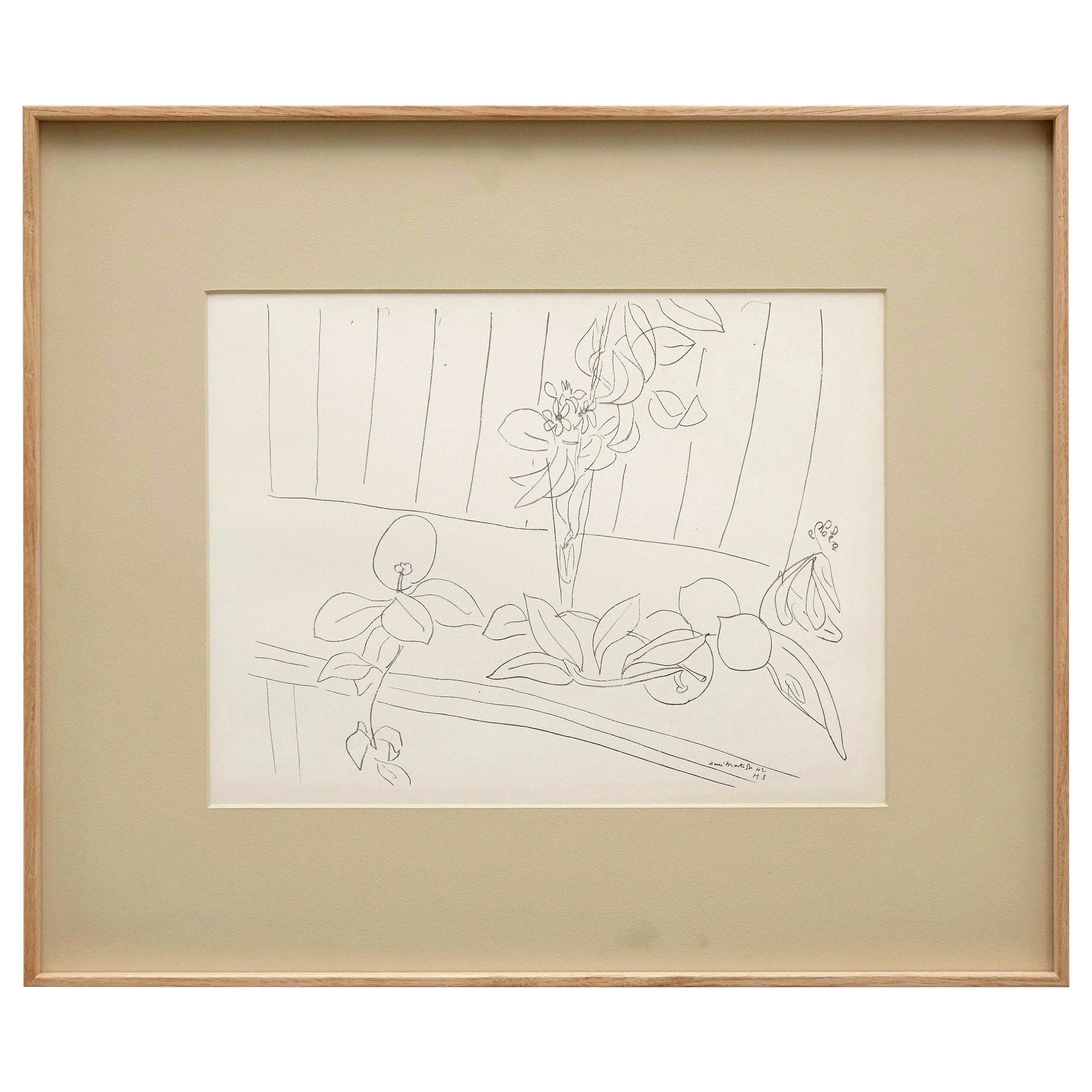 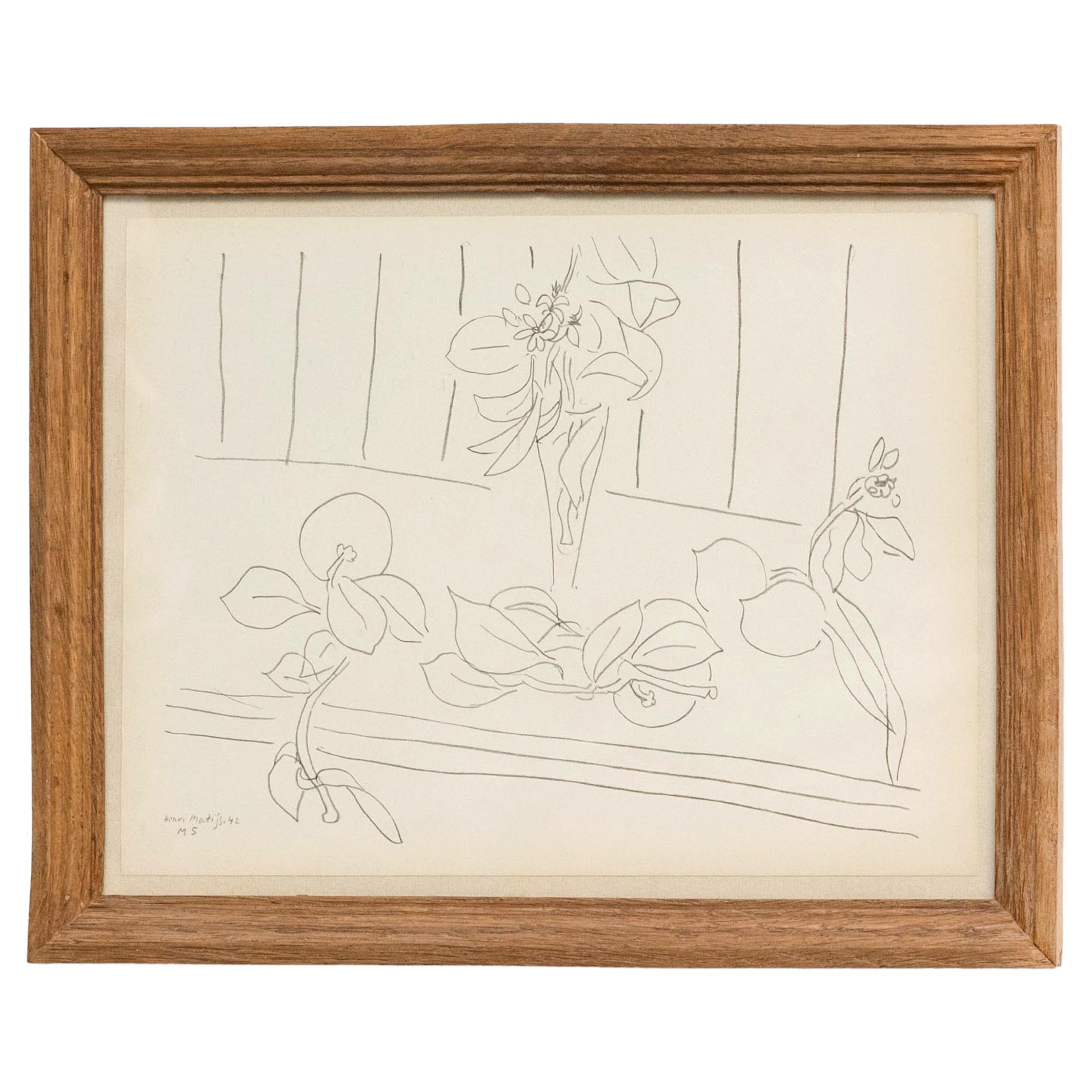 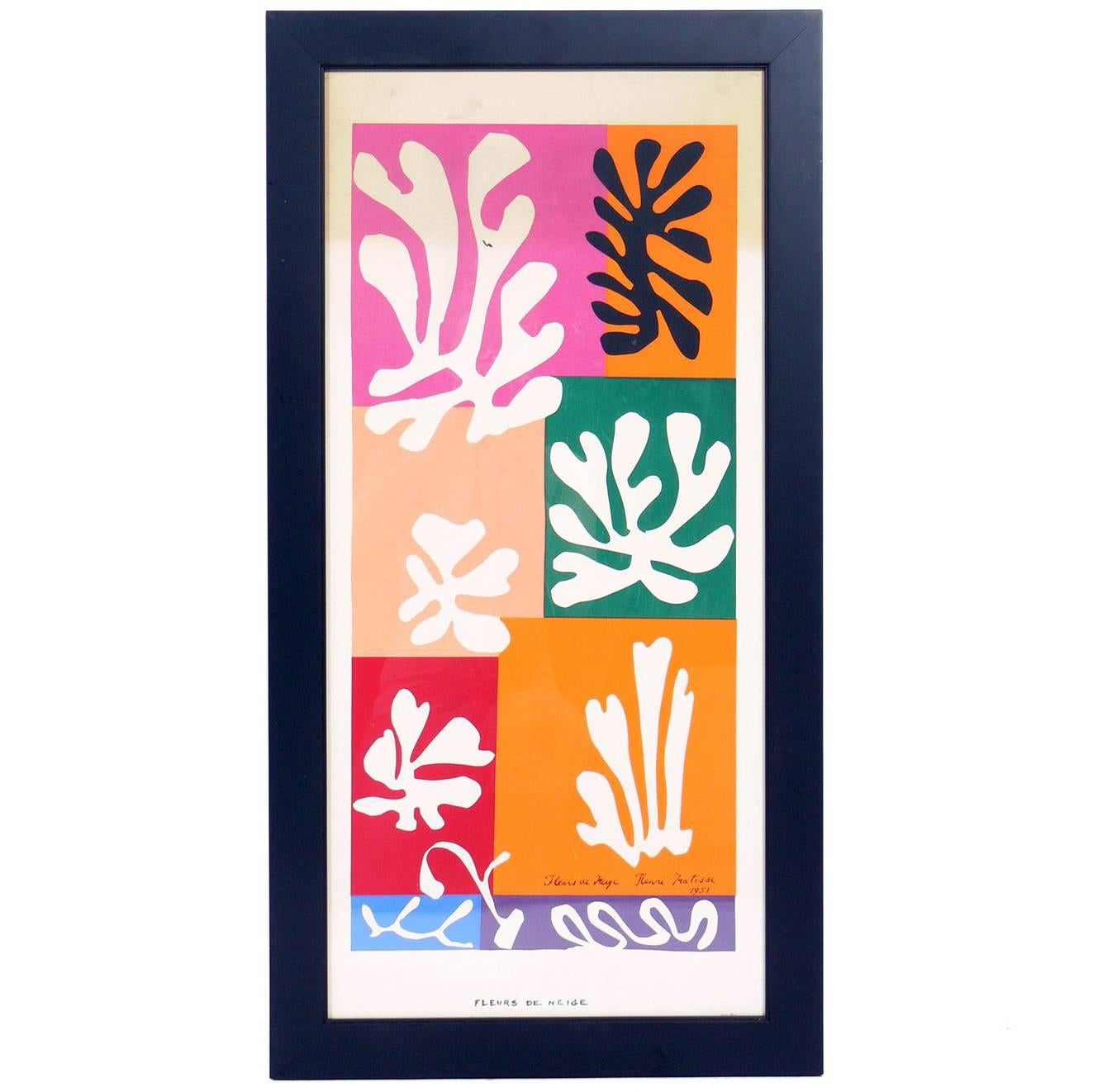 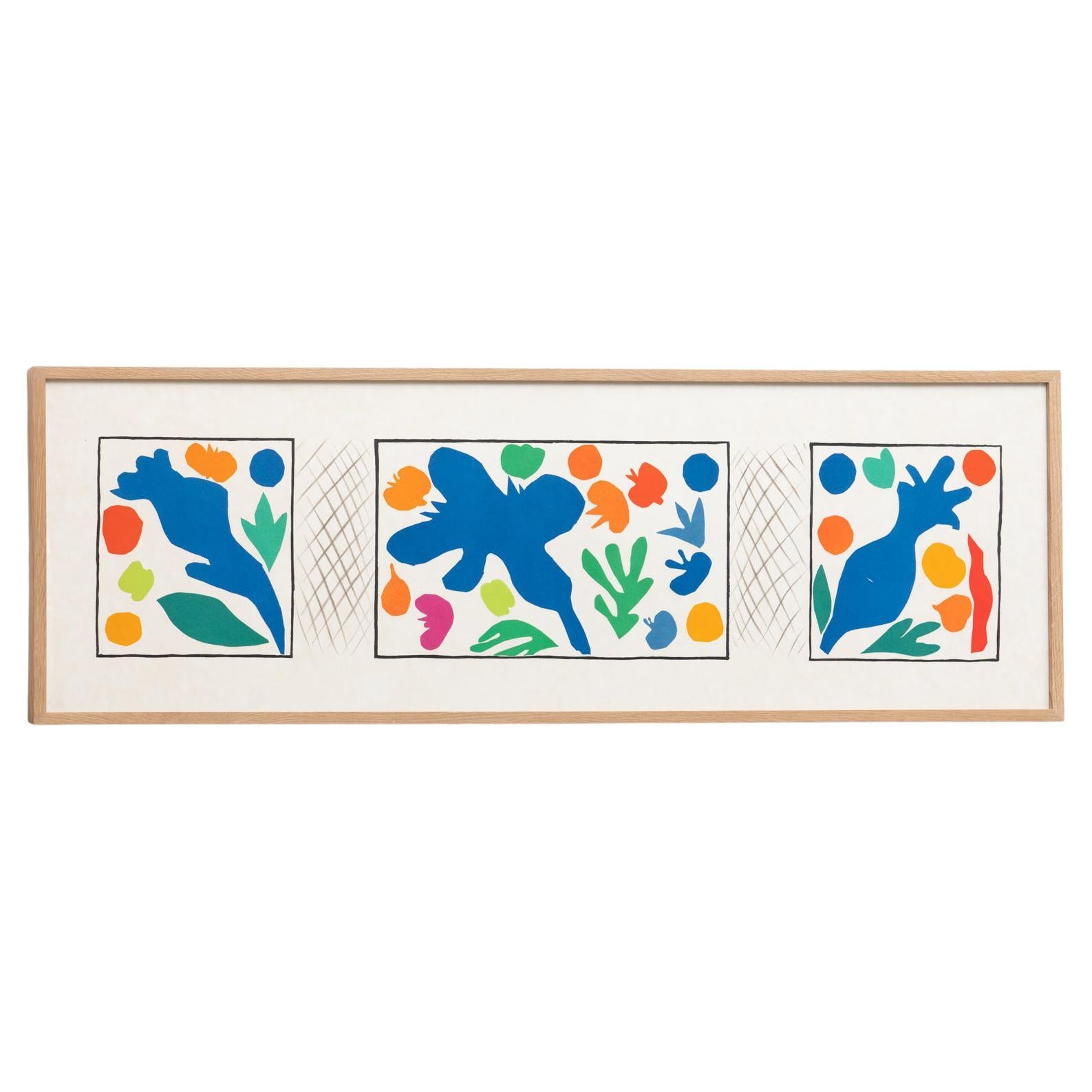 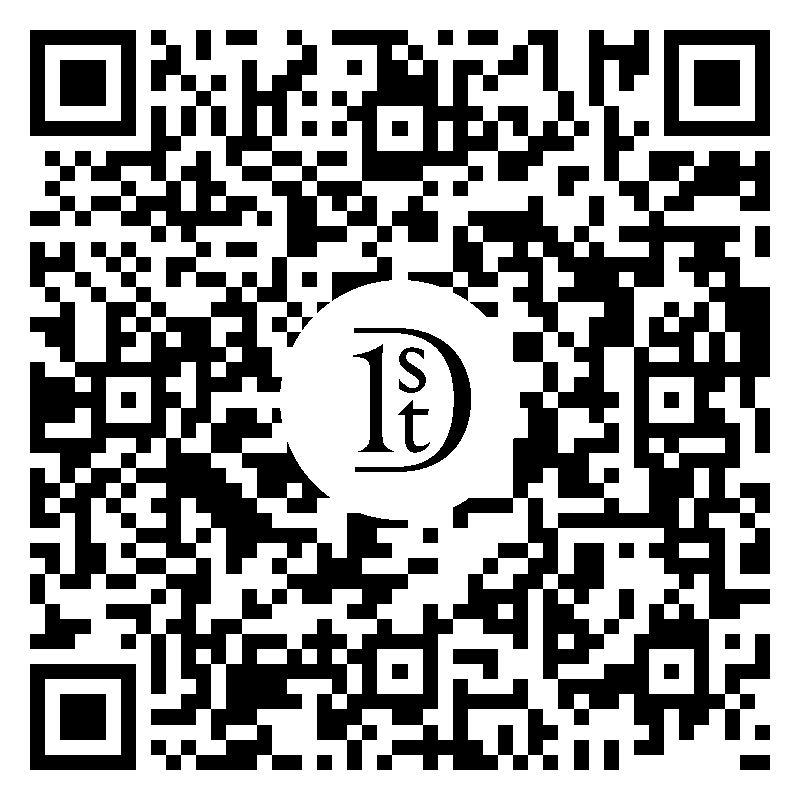 The work by Henri Matisse Poissons chinois is an original color lithograph made in 1958 measuring 26,5x35,5 cm. Among the leading members of Fauvism, Henri Matisse combines primary colors in a deep research on color and the emotions it can transmit. With works such as Harmony in red or Music, the artist expresses nostalgic and evocative feelings. By simplifying the shapes Matisse makes color the true protagonist of his art. The work comes from the illustrated book “VERVE. VOL. IX, Nos 35 ET 36” (1958) published in 6.500 copies. Henri Matisse (31 December 1869 - 3 November 1954) was a very influential painter of the 20th century. He is considered to be the leading exponent of the Fauvism artistic movement. Henri-Émile-Benoît Matisse was born on 31 December 1869 in Le Cateau-Cambrésis in France. Being the eldest son of two seed merchants, he grew up in Bohain-en-Vermandois, in the north-eastern region of the country. After having begun attending law school, the young Matisse discovered art while recovering from an attack of appendicitis. "Holding the brush for the first time" was for him "like entering a kind of paradise" (Matisse, “Notes d'un peintre”). Different periods intertwine in Matisse’s artistic career, fuelled by sometimes opposing styles and currents. Initially, the artist painted still lifes and landscapes in the Flemish tradition. After approaching Impressionism and the works of Van Gogh, Matisse innovated his style, which was later also influenced by Post-Impressionism, Japanese painting and the Pointillisme technique. Matisse Fauve season begins with his move to Paris. André Derain, Henri Matisse’s collaborator during the early 1900s, had great influence on the young painter's tendency to emphasise colour. We can trace back to this period the tendency to emphasise expression over detail in the works of Henri Matisse. “Fauvism” (from Fauves - beasts, wild beasts) was the name used to describe the violent and often dissonant paintings presented at the 1905 Salon d'Automne by Matisse and Derain, together with Georges Braque, Raoul Dufy and Maurice de Vlaminck. Although 1906 marked a period of decline for the Fauves, Matisse painted his most famous works during these years. Painted for the Russian art collector Sergei Šcukin by Henri Matisse, La Dance is often mentioned among his greatest masterpieces. The artist's first meeting with Picasso took place in 1904 in the salon of Gertrude Stein. Matisse became his great friend and rival. The works of the two masters began to sparkle the interest of the Stein family, who collected hundreds of their paintings. In the twilight of the First World War, Matisse moved to Cimiez (Nice), a suburb of Nice on the French Riviera. A “back to order” period began in Cimiez, reflected in paintings with a softer, more relaxed approach. Among the distinctive works of this phase, Matisse's odalisques display an oriental style. From 1930 onwards, a new vigour seemed to influence the art of Matisse: Dance II, now in the collection of the Hermitage Museum in St. Petersburg, represents an emblematic example. The artist had to face difficult times: after splitting up with his wife, Matisse was diagnosed with intestinal cancer, which forced him to undergo a delicate surgery. Made with the help of assistants, belong to these years the gouaches découpés. Henri Matisse created them as large collages of gouache-painted paper, cut out with scissors and assembled into marvellous compositions. 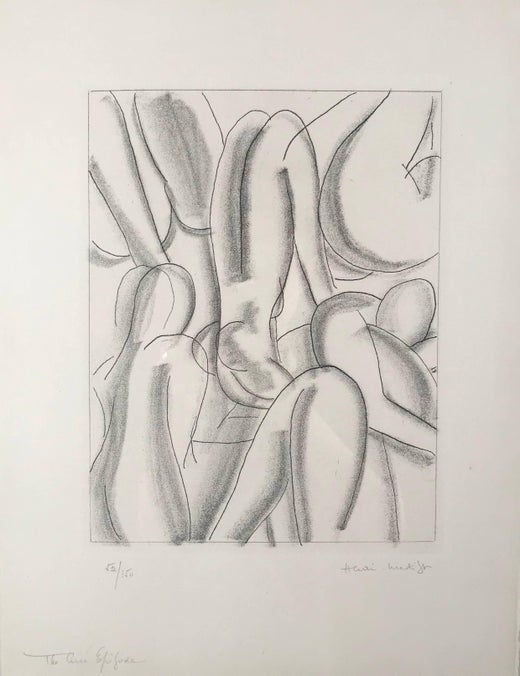 About the Seller
5.0
Located in Weesp, Netherlands
Platinum Seller
These expertly vetted sellers are 1stDibs' most experienced sellers and are rated highest by our customers.
Established in 1996
1stDibs seller since 2015
284 sales on 1stDibs
Typical response time: <1 hour
More From This Seller

Henri Matisse Jazz Lithographs
By Henri Matisse
Located in Atlanta, GA
Selection of Vibrant "Jazz" Lithographs by Henri Matisse. These examples are from the limited edition folio produced by the Museum of Modern Art in 1983. They have been framed in cle...
Category

US$1,675
101 Nights 'Juin '50' Lithograph by Henri Matisse, Signed
By Henri Matisse
Located in Pasadena, CA
Here is a beautiful lithograph by one of the most famous artists of the 20th century, Henri Matisse. The gorgeous, signed print entitled "101 Nights (Juin '50)" is an exhibition post...
Category 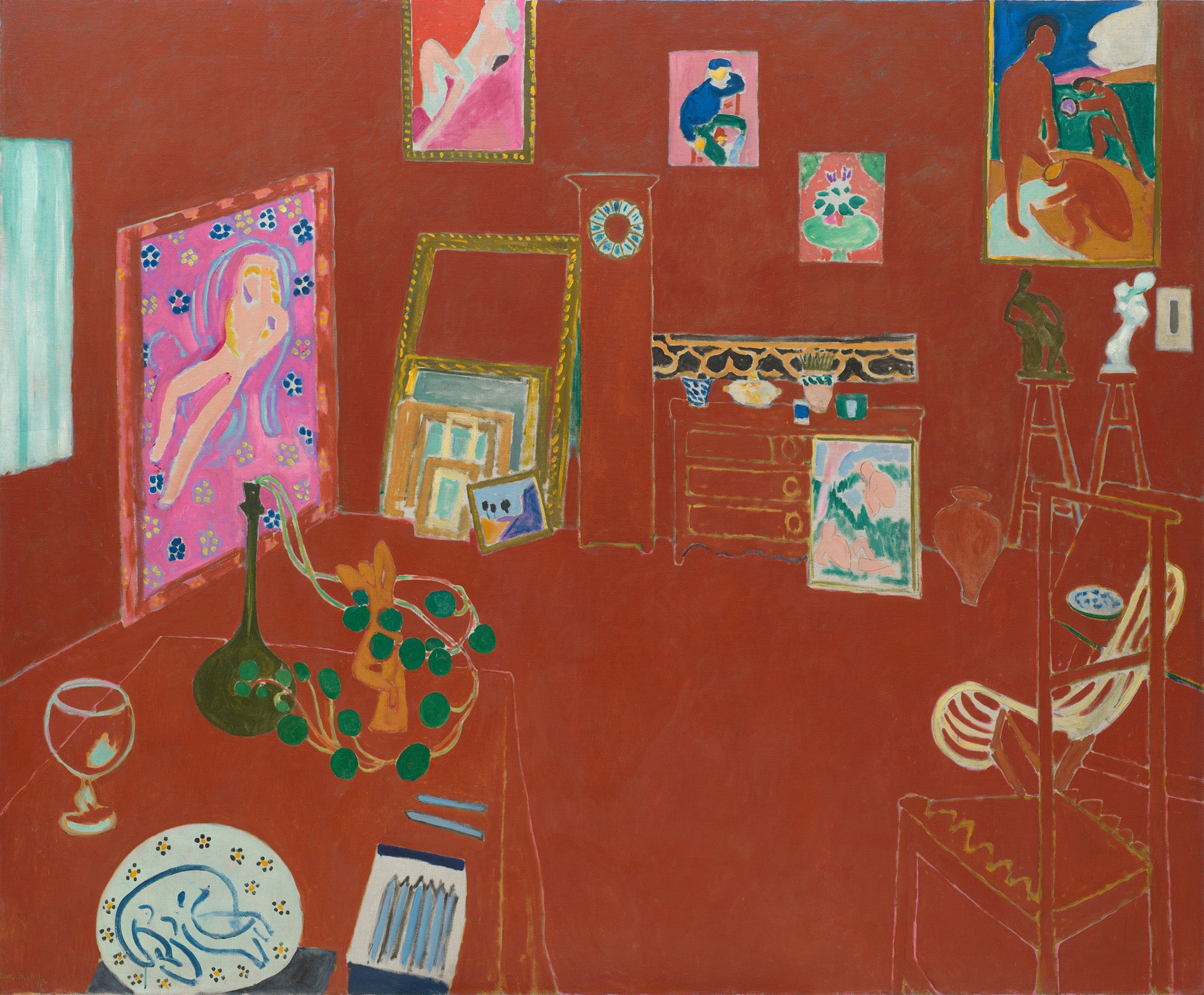