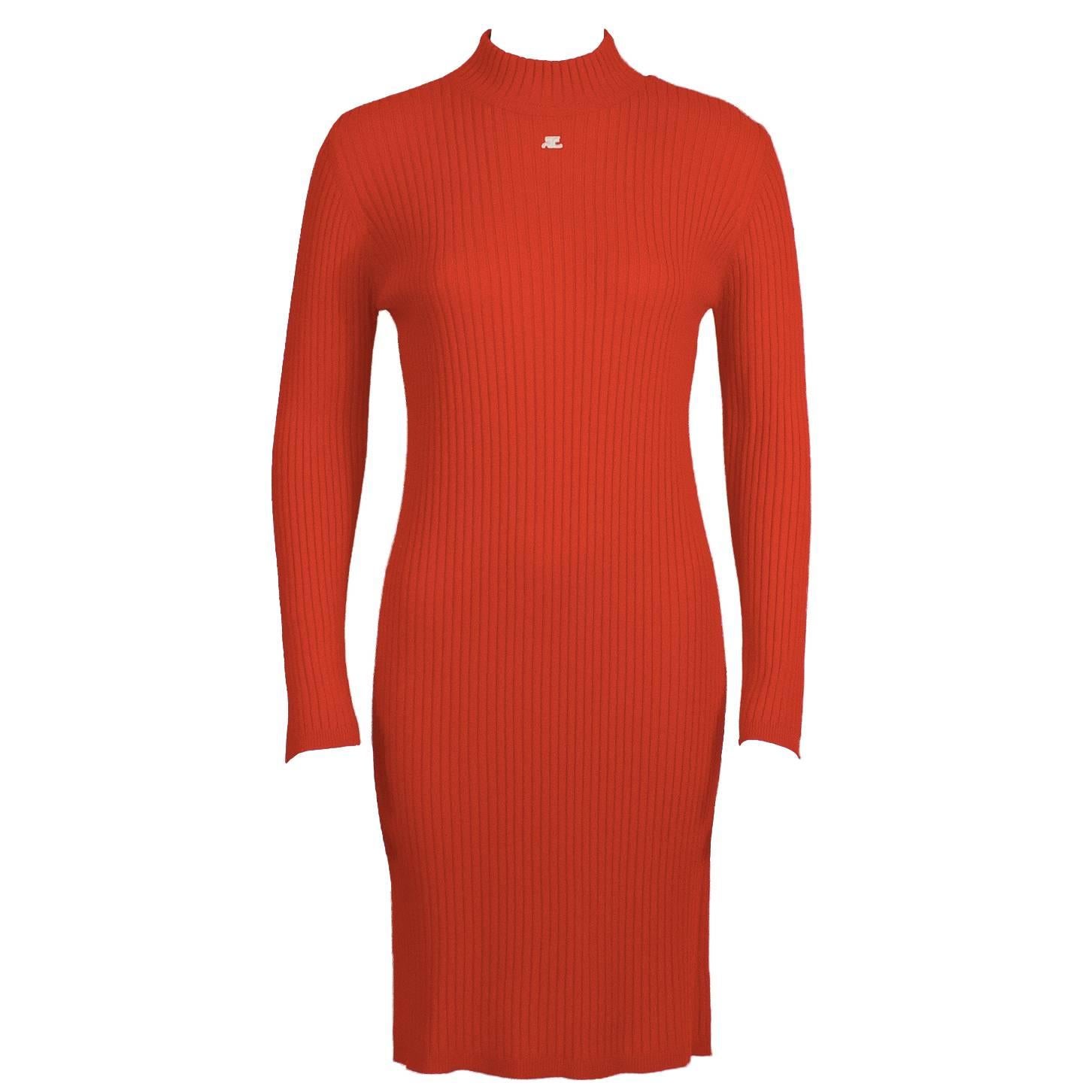 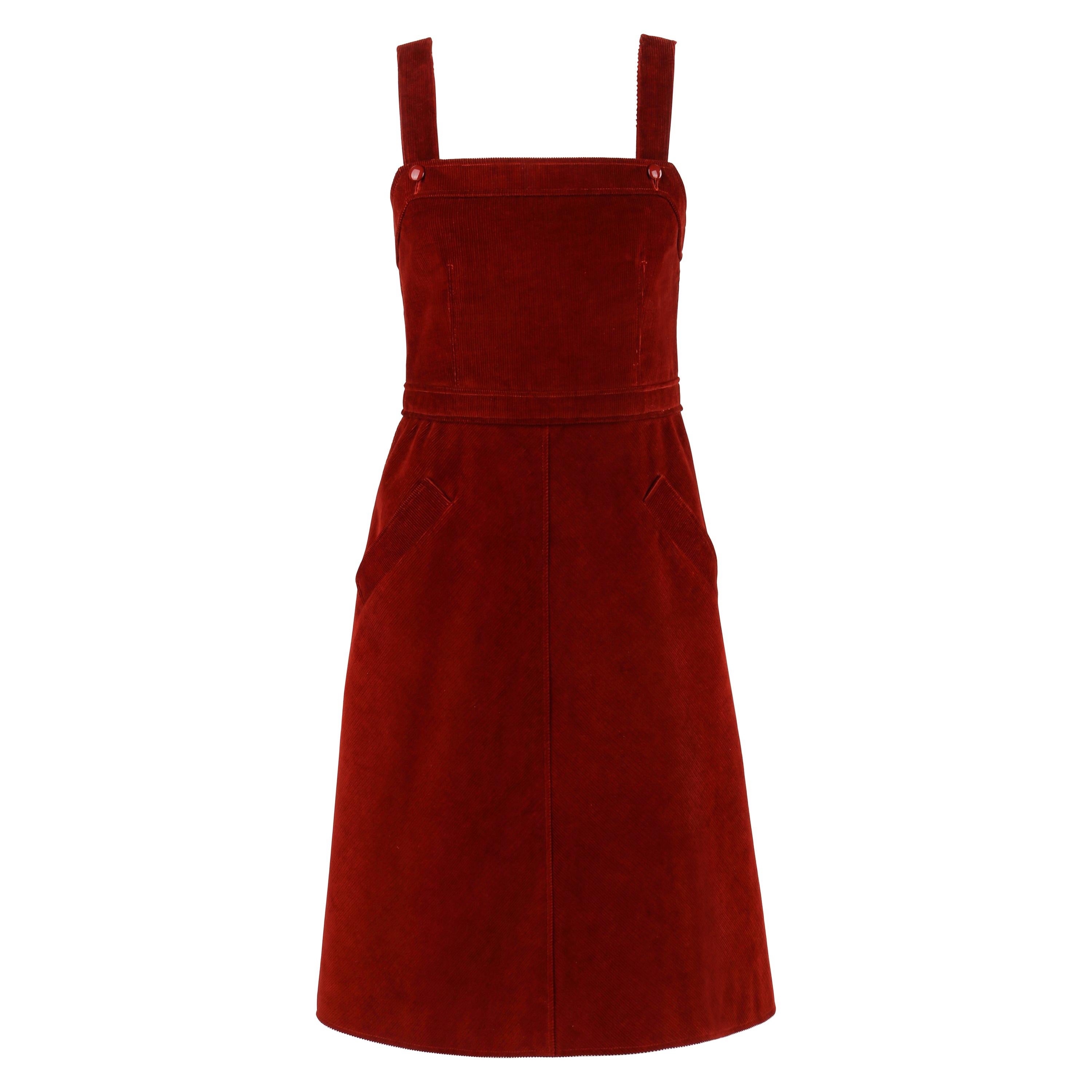 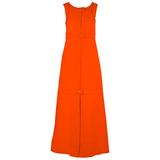 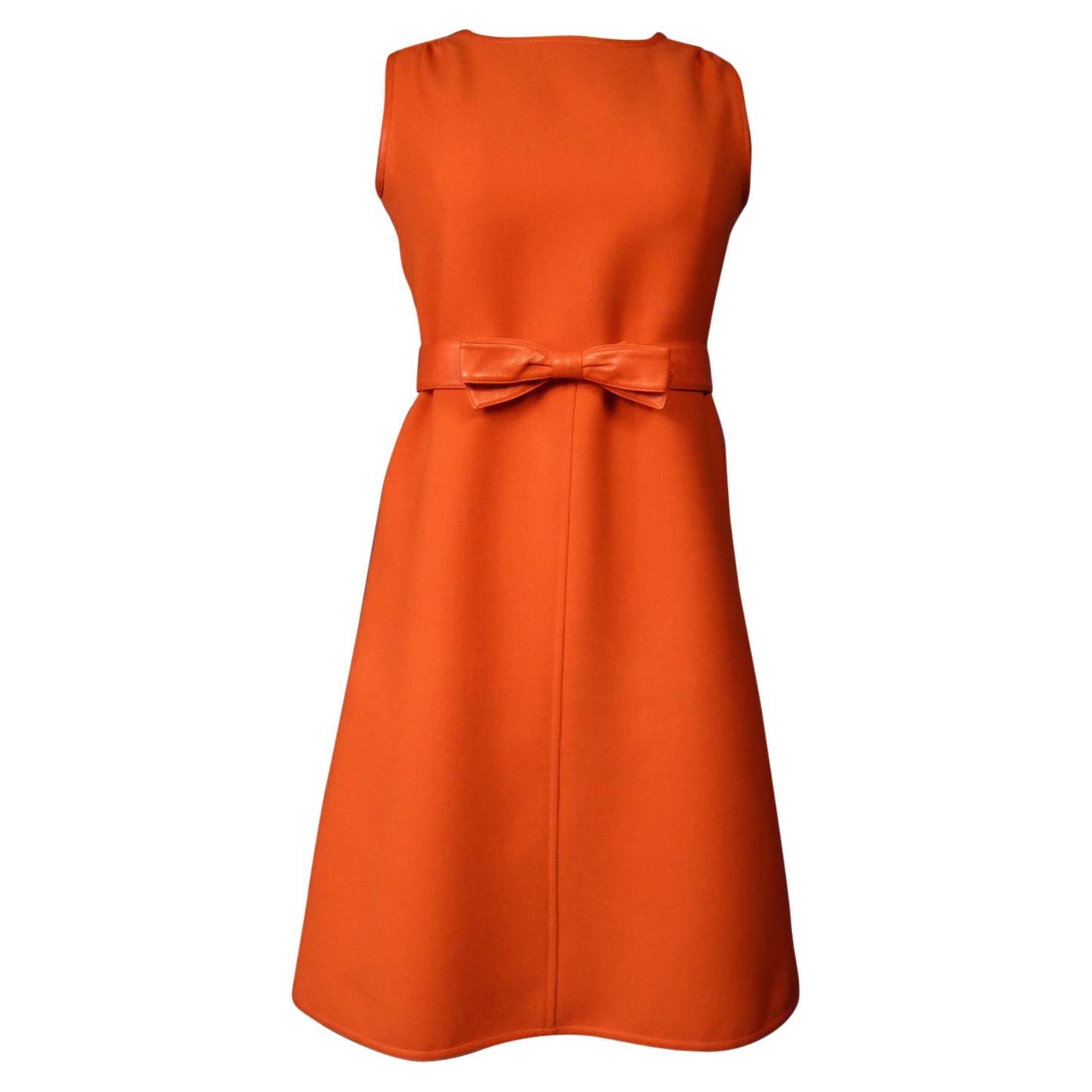 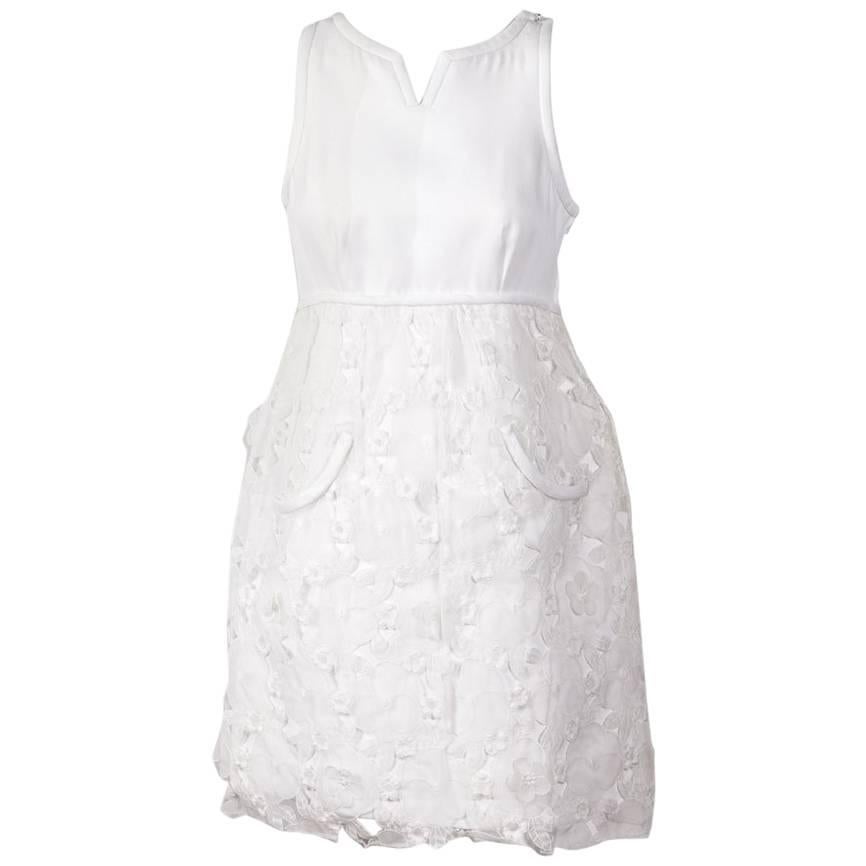 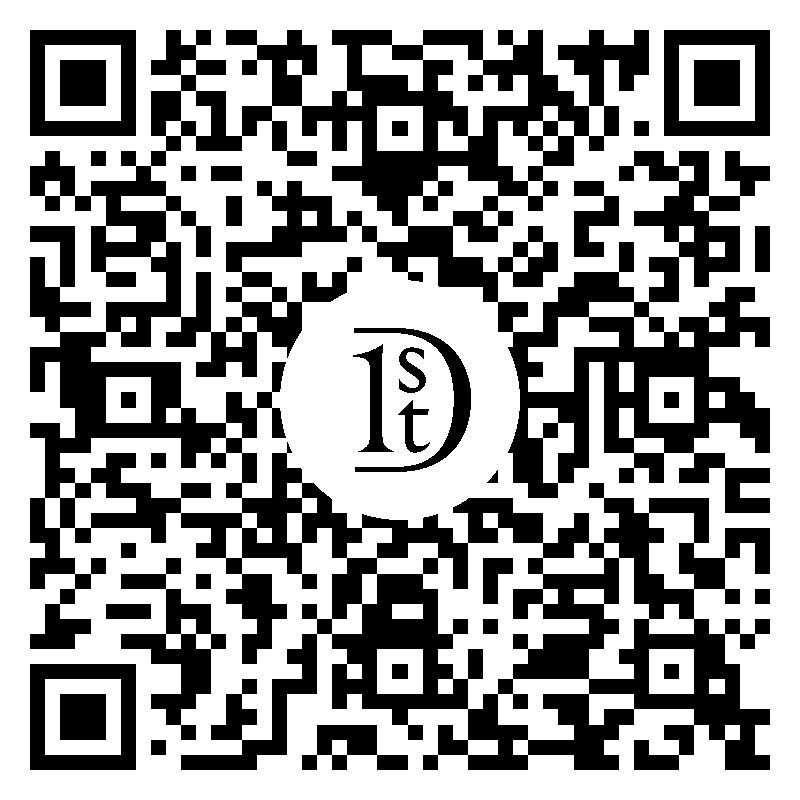 This contemporary wool knitted tunic dress is constructed from simple stockinette stitches. Ribbing on both the round neckline and the sleeveless arm holes. It features a blue appliqué of the Courréges logo. The shape and colour of this tunic are evocative of Andrè Courréges’s ’60s vision that clothes reflect individual freedom. 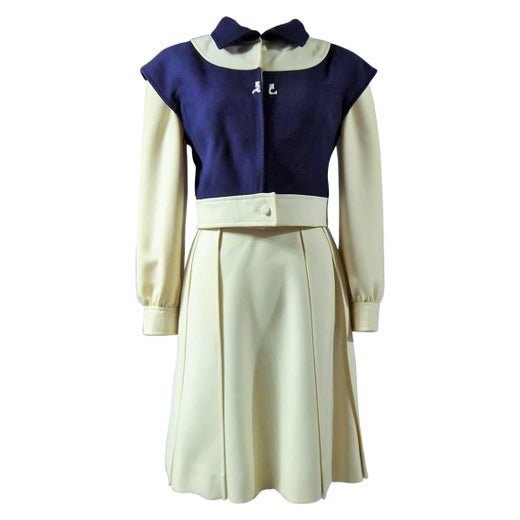 Revolutionary couturier André Courrèges made a name for himself on the buzzy Paris fashion scene of the 1960s with audacious Space Age designs that pointed to the future. The world of haute couture credits him with toppling the conservative standards assigned to feminine clothing back then and propelling a movement that celebrated a more revealing brand of women's attire — including chic miniskirts, his iconic white ankle boots and often whimsical dresses with necklines that turned heads.

While vintage André Courrèges suits, jackets and other apparel garnered the designer ample praise, he wasn’t confined to producing clothing. He is also widely revered for creating some of the era’s most stylish accessories, like his offbeat, goggles-esque sunglasses and distinctive scarves, which boasted lively patterns and an alluring range of Pop art colors and pastels.

Born in the French Pyrenees, Courrèges wanted to become an artist at an early age, but his father steered him into engineering. Though successful as an engineer, Courrèges pivoted to fashion. He moved to Paris and worked briefly for couturiere Jeanne Lafaurie. In 1948, he took a job with Cristóbal Balenciaga, and within a couple of years, he had ascended to the role of Balenciaga’s first assistant.

While working for Balenciaga, Courrèges met dressmaker Coqueline Barrière, whom he would later marry. In 1961, the couple established their own fashion house, where they collaborated as creative partners for the remainder of the designer’s life.

Courrèges was among the designers who ushered in the rise of ready-to-wear. He favored figure-hugging silhouettes and geometric shapes, and looked to the work of architect Le Corbusier — a like-minded proponent of simplicity and clean lines. Alongside innovators such as Mary Quant, Paco Rabanne and Pierre Cardin — the latter's futuristic looks were catnip for the free-spending consumers of the postwar years — Courrèges explored ways to outfit women with comfortable everyday wear, working with forward-looking materials such as plastic and polyvinyl chloride in his unadorned dresses of stark white. Mexican socialite and Harper’s Bazaar editor Gloria Guinness, pop star Françoise Hardy and former First Lady Jacqueline Kennedy were among some notable names to wear Courrèges originals.

By the mid-1960s, Courrèges had risen to the top of his industry, and there were many imitators. He took strict control of production at his namesake label, only allowing distribution through licensed sellers. He and Coqueline sold off part of the company in 1968 to L'Oreal, and by the early 1970s, Courrèges had more than 100 boutiques worldwide, also expanding into fragrances and menswear. In 1983, the couple restored themselves to full ownership of the company and in 2011 sold the company to French advertising executives Jacques Bungert and Frédéric Torloting. Artémis, which controls the global luxury group Kering, acquired a minority stake in the Courrèges brand in 2015 and took full control three years later. 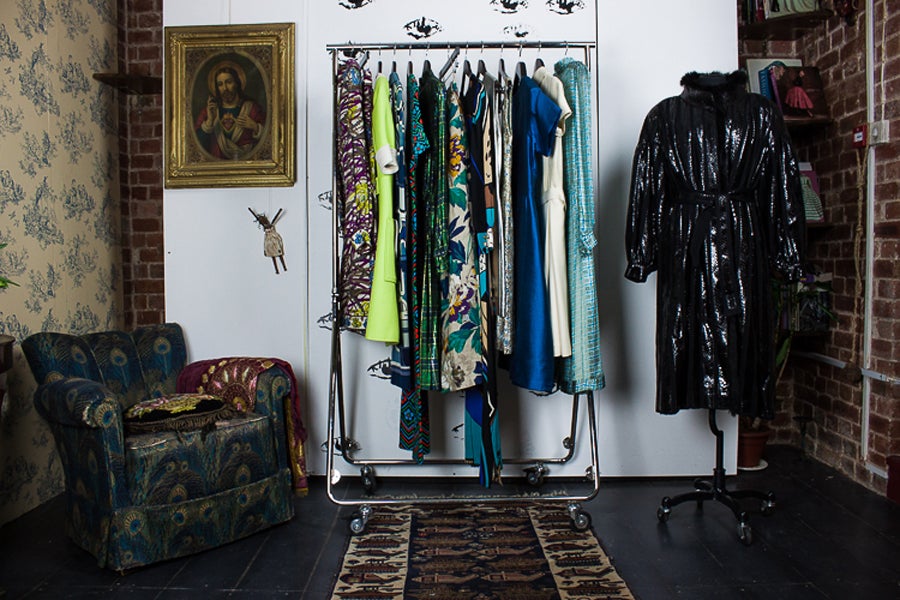 About the Seller
5.0
Located in London, United Kingdom
Gold Seller
These expertly vetted sellers are highly rated and consistently exceed customer expectations.
Established in 1995
1stDibs seller since 2017
63 sales on 1stDibs
Typical response time: 1 hour
More From This SellerView All
People Also Browsed
You May Also Like