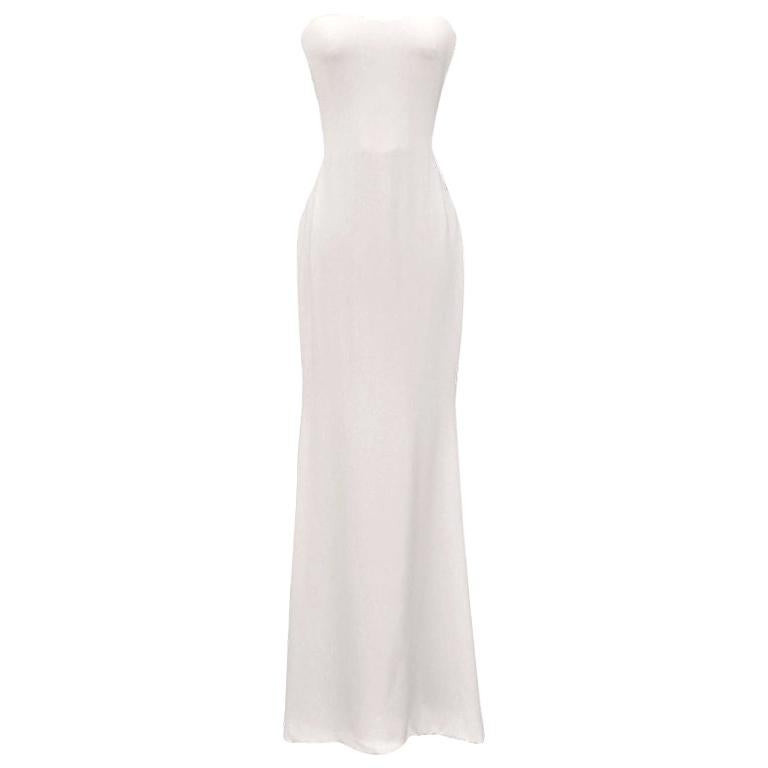 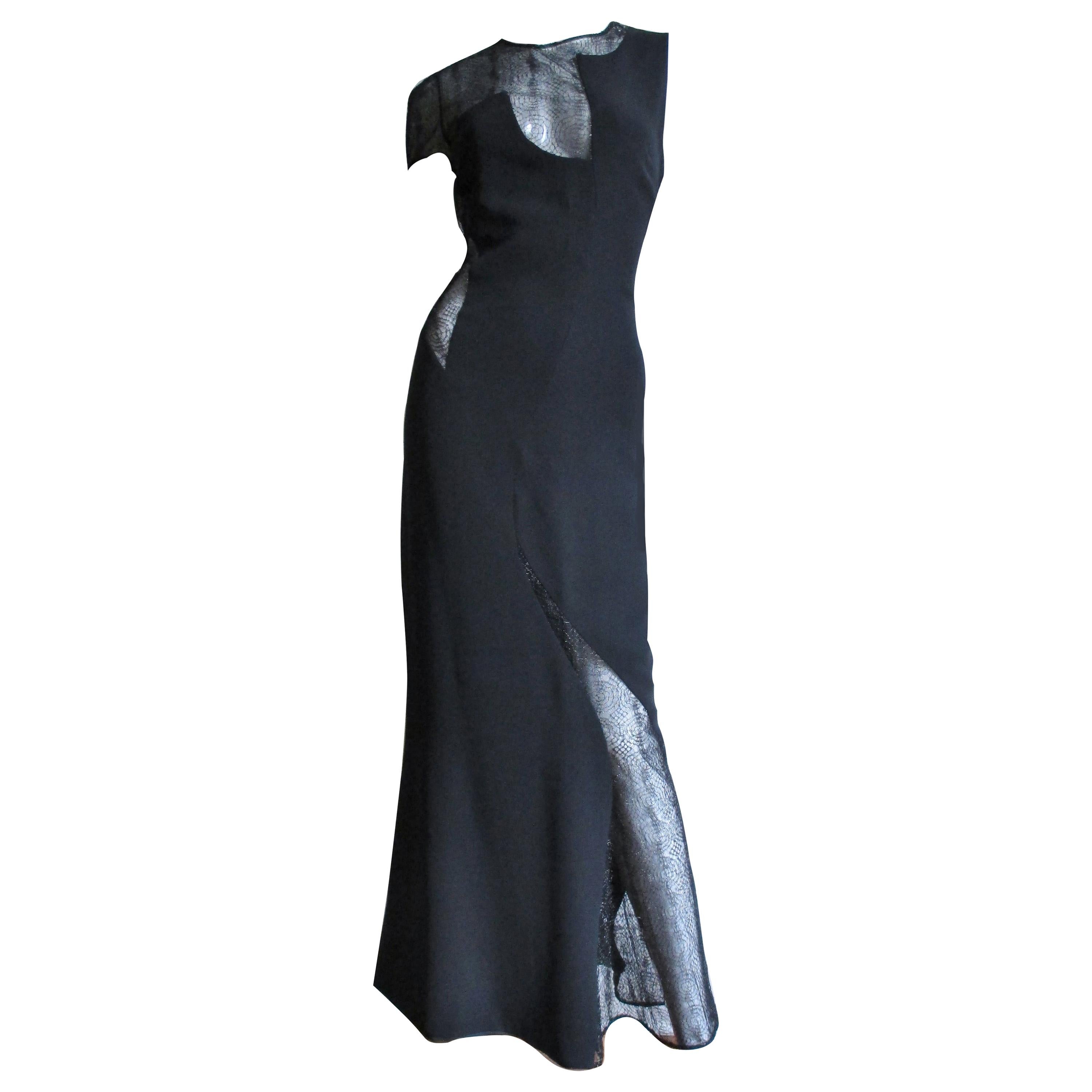 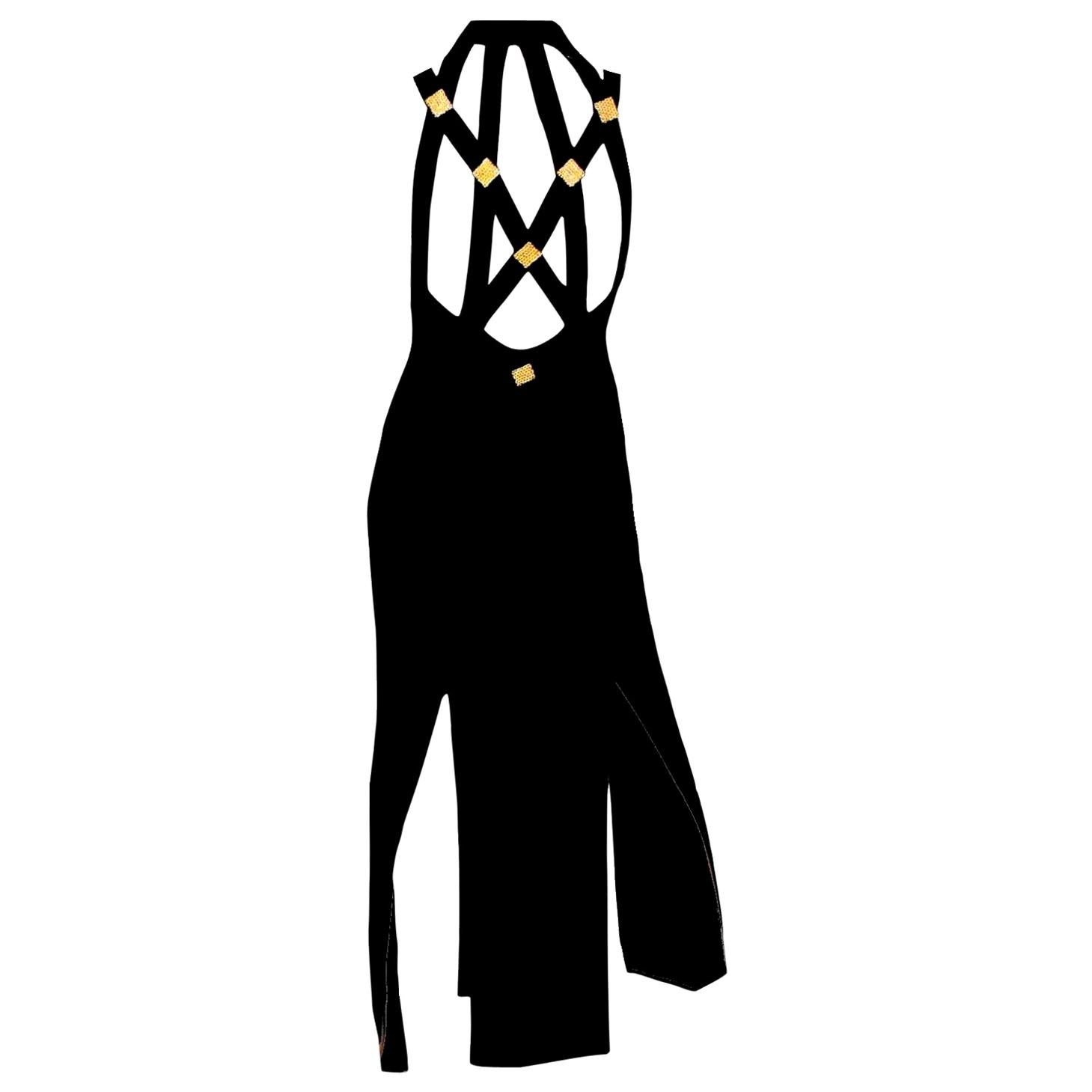 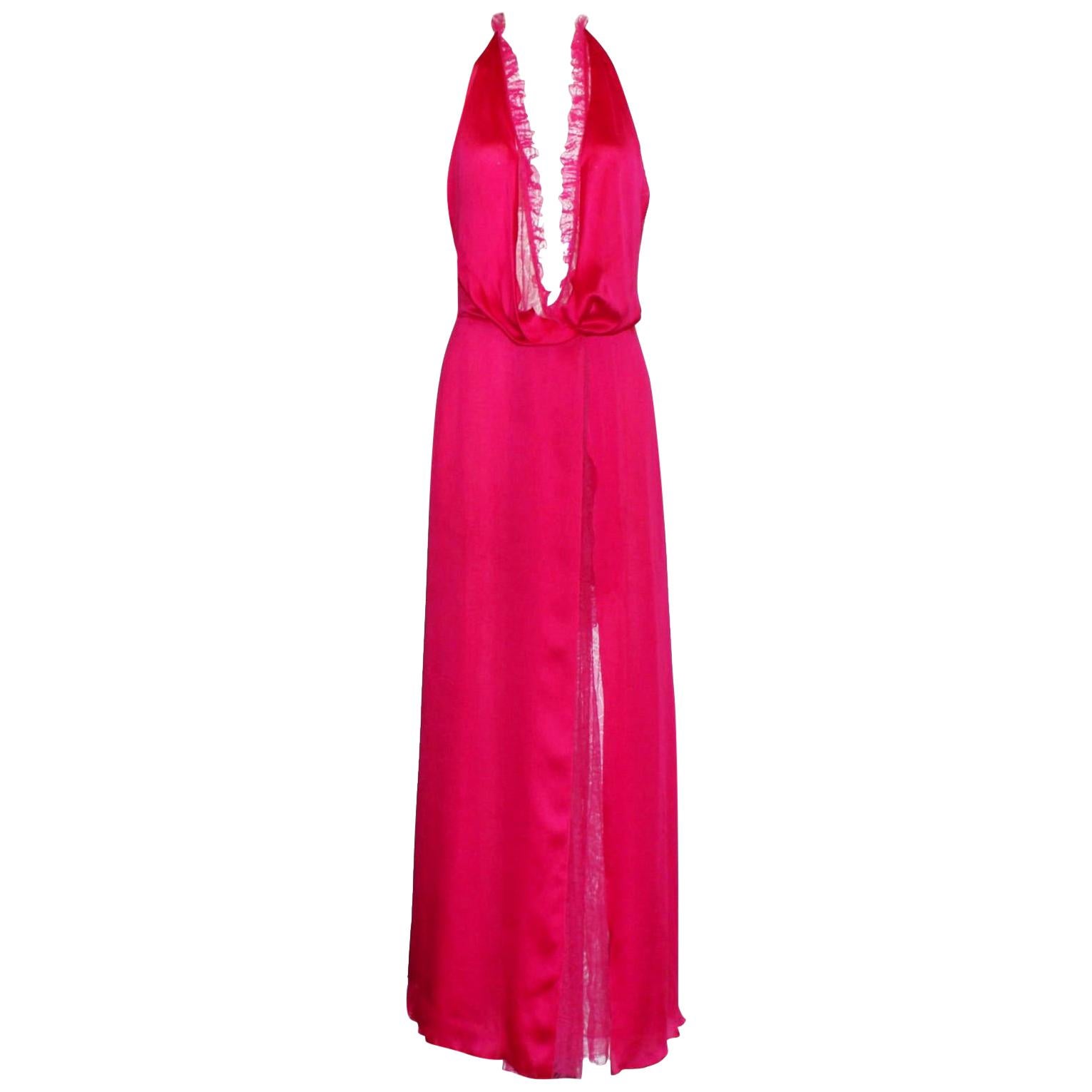 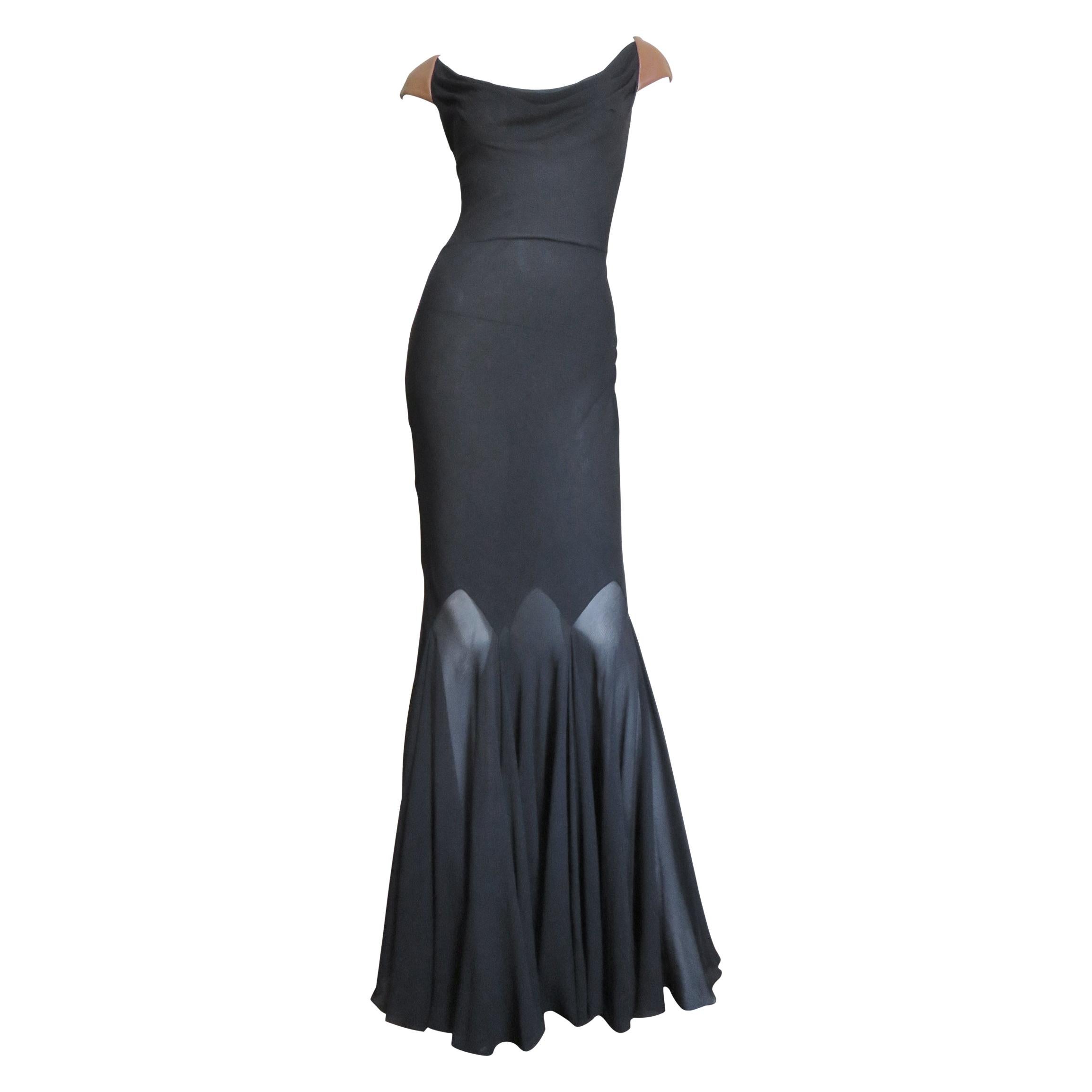 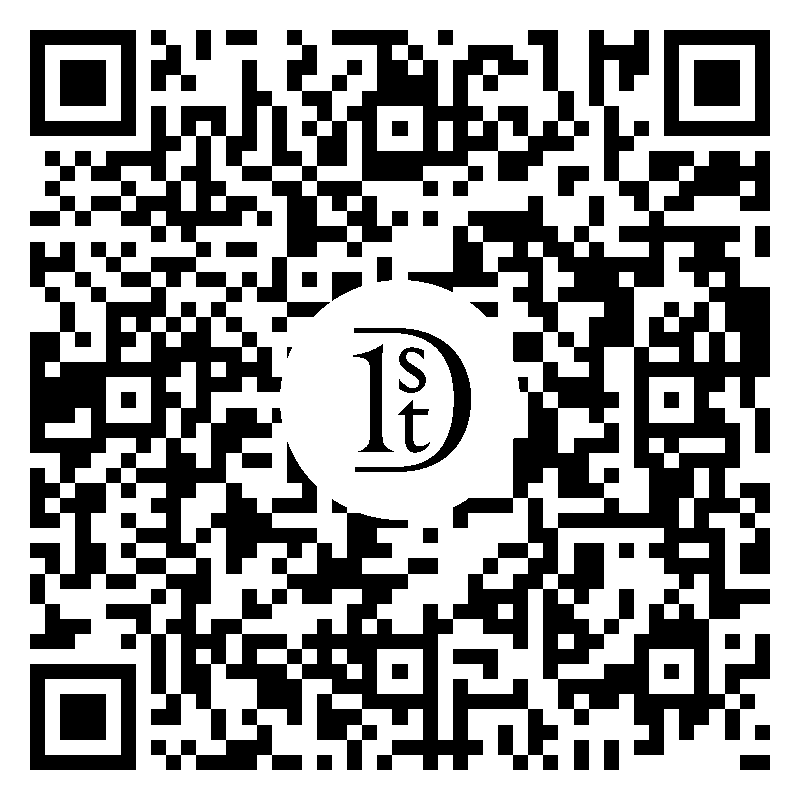 TheRealList presents: F/W 1994 Gianni Versace runway - a mix of playfully sexy and high-tech. An iteration of this dress designed by Gianni Versace was debuted as look 53 and was worn by Yasmeen Ghauri. This black dress comes across as a full ensemble made of a skirt, belt, and top but in reality, it is one dress. The dress features a wide neckline with wide straps. The 'top' is connected by a built-in patent belt which boasts gold Versace Medusa plaques as well as Greek Key elements. The skirt of the dress is constructed of two parts, a textured patent leather base with flowy sheer chiffon laid on top. Follow us on Instagram! @_the_reallist_ 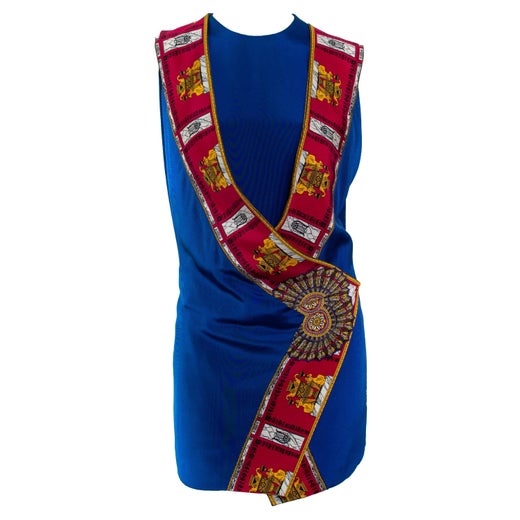 About the SellerNew to 1stDibs
Joined in the past six months.
No Reviews Yet
Located in Philadelphia, PA
Vetted Seller
These experienced sellers undergo a comprehensive evaluation by our team of in-house experts.
Established in 2020
1stDibs seller since 2021
10 sales on 1stDibs
Typical response time: <1 hour
More From This Seller

$8,999 Sale Price
55% Off
Versace Spring 1994 Safety Pin Mini Dress
By Gianni Versace, Gianni Versace Couture
Located in Los Angeles, CA
From the Iconic Spring Collection of 1994, this lifetime Gianni Versace safety pin mini dress is a prime example of the designer's house elements and the spirit of the early-mid 1990...
Category