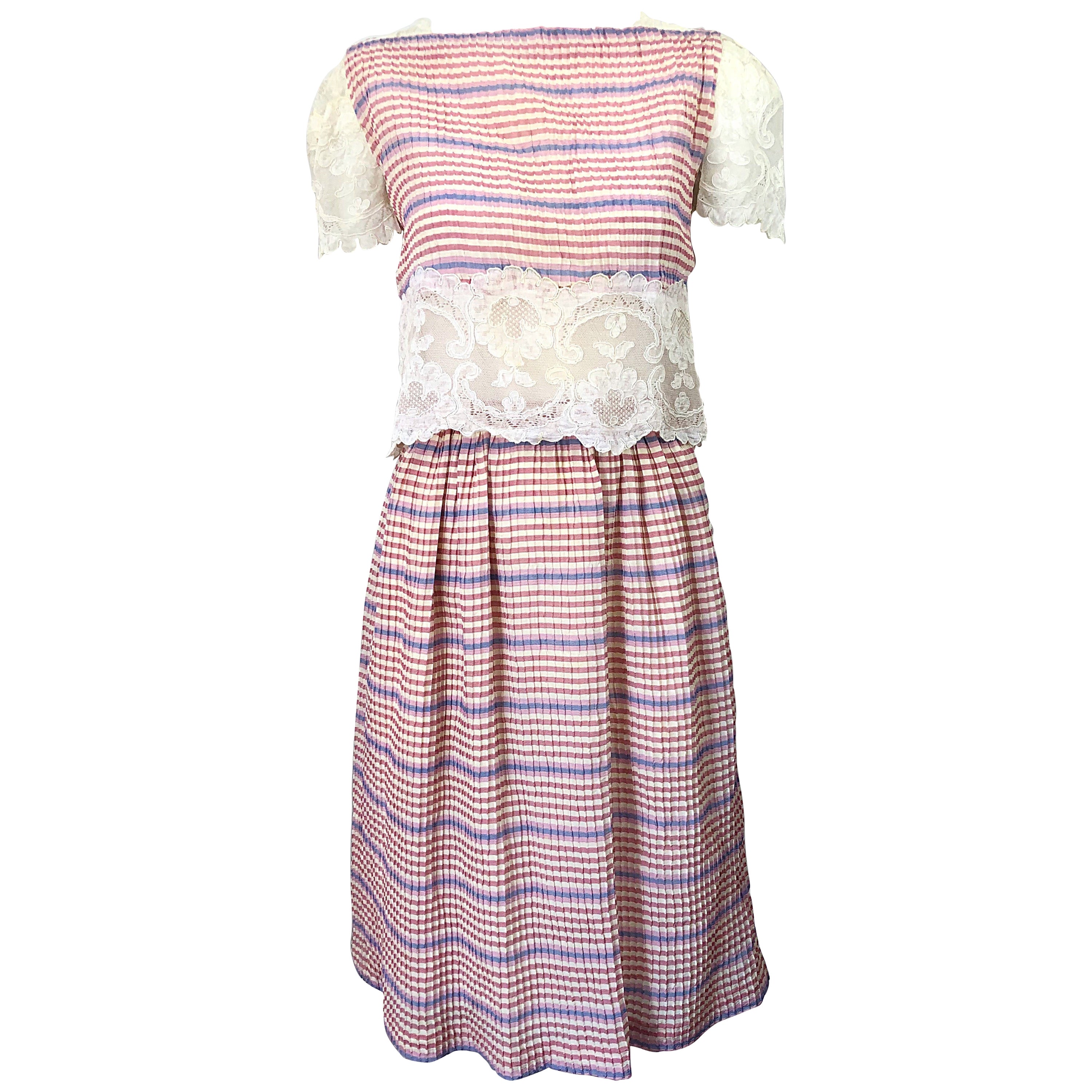 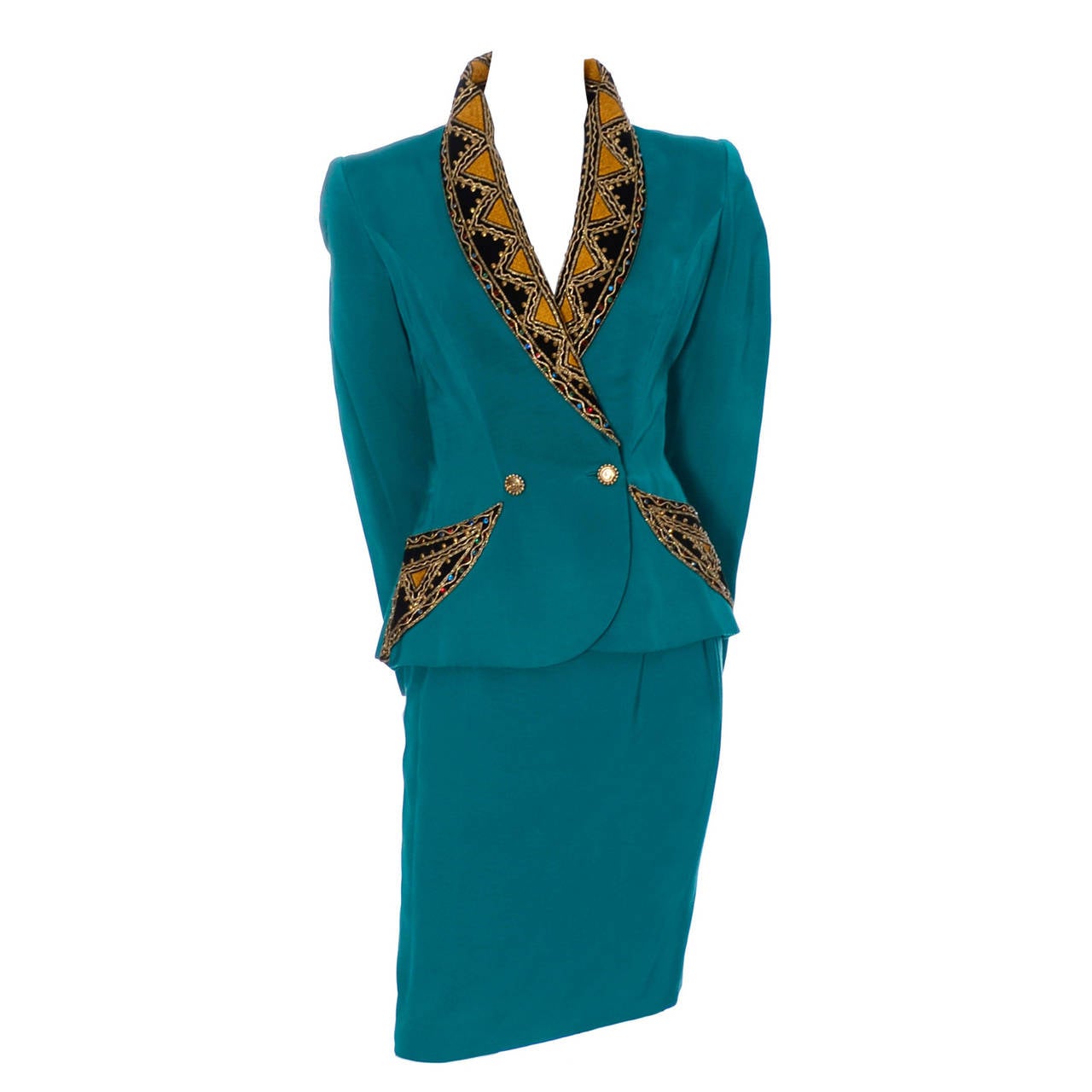 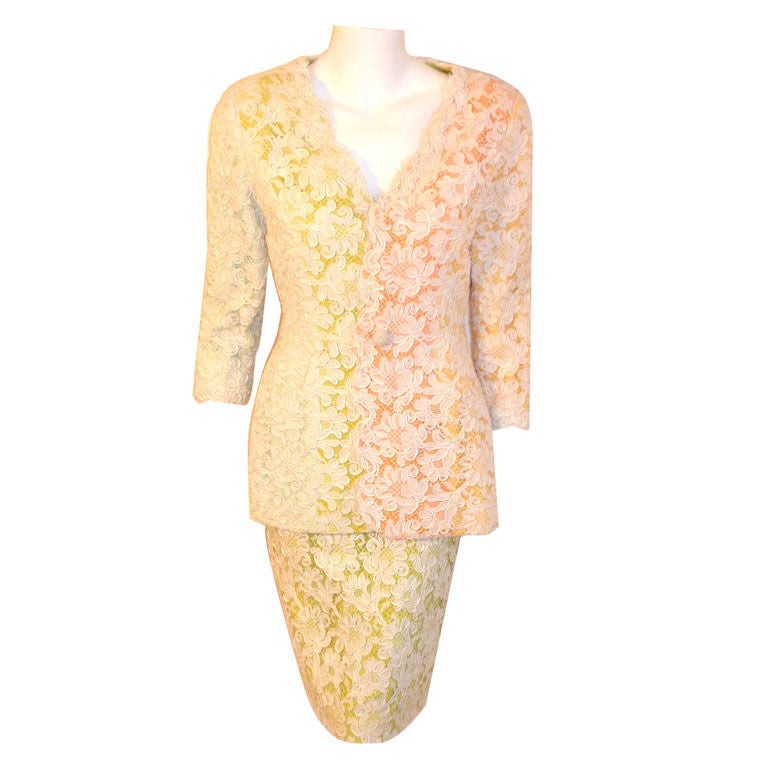 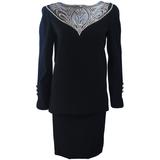 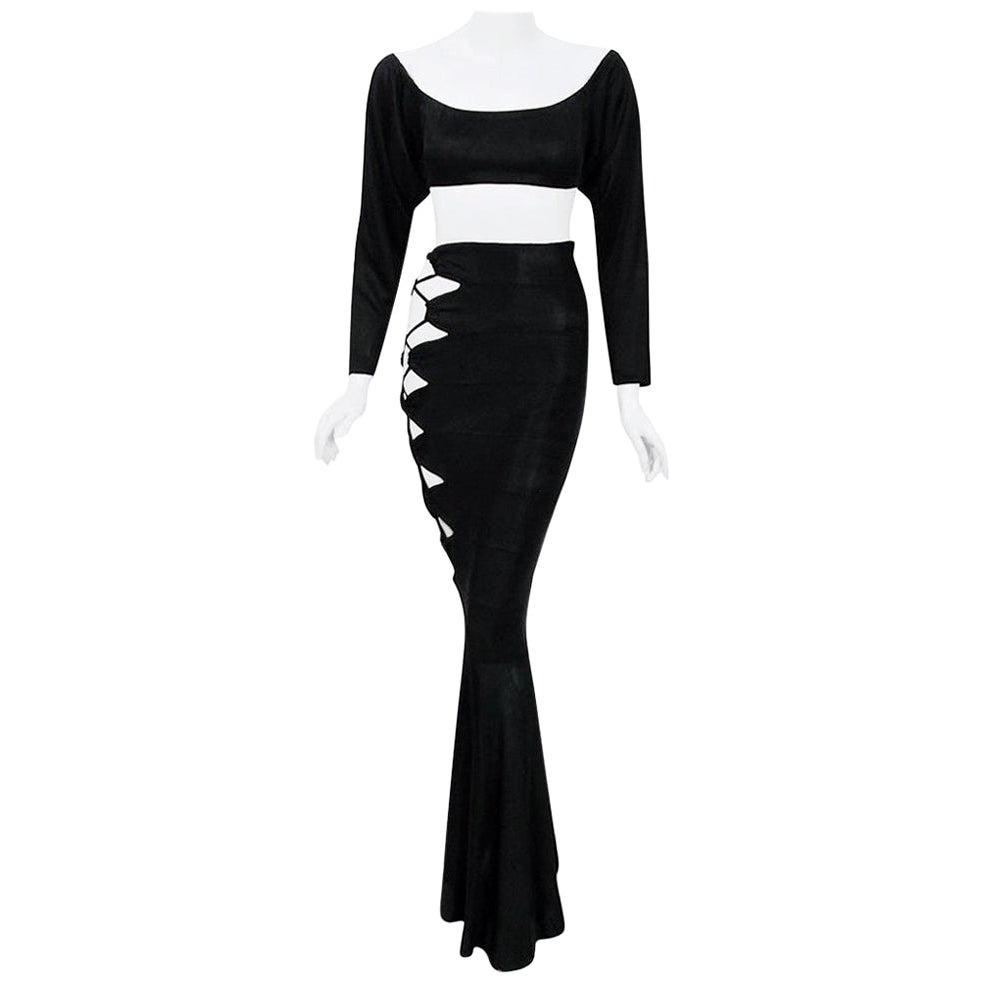 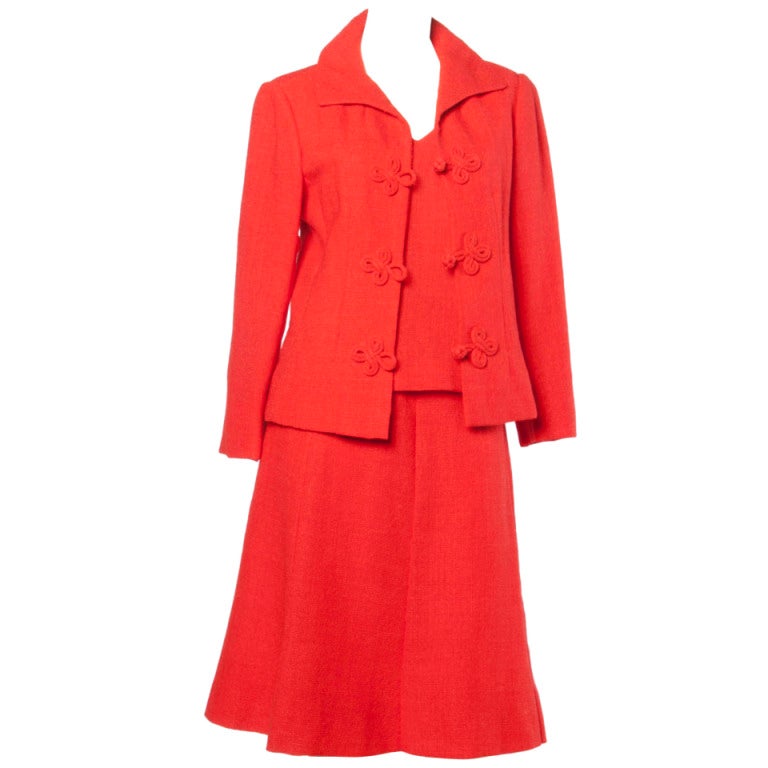 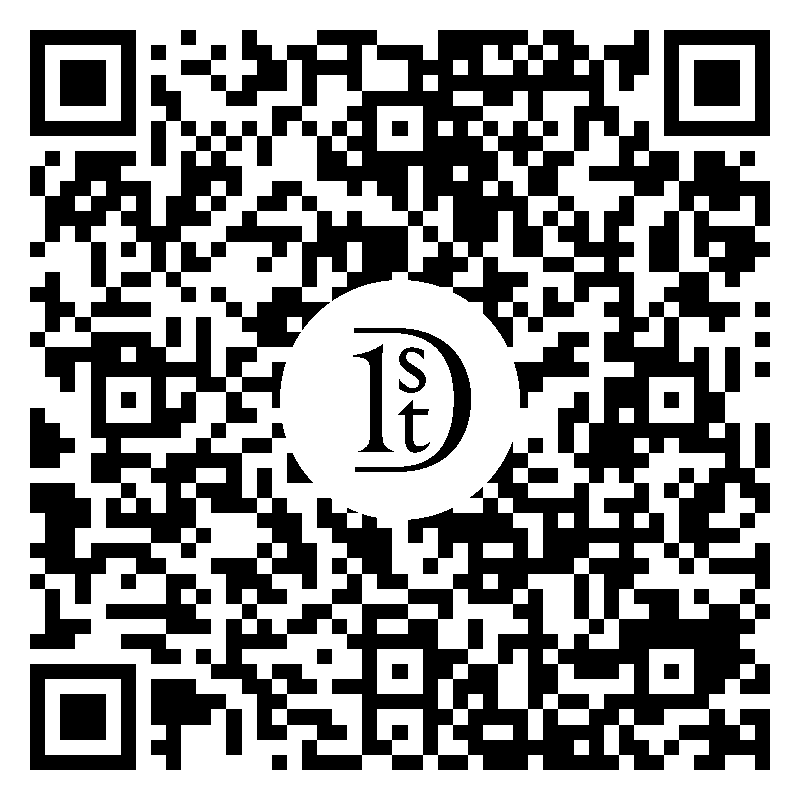 This is a two piece cream and beige tweed and satin dress with matching jacket by Bob Mackie, from the 1980's. The dress is sleeveless with a cream satin vest with rhinestone buttons down the front with a long tweed herringbone print skirt. The jacket matches the skirt with rhinestone button closures. Measurements Size: 6 Dress Length (Shoulder to hem): 54 1/2" Bust: 36" Waist: 30" Hip: 33" Jacket Length Shoulder to hem): 19" Shoulder to shoulder: 16" Sleeve: 22" Bust: 40" Waist: 35"

Vintage Bob Mackie dresses are a fashion favorite, and with good reason. The legendary Monterey, California–born fashion designer has accrued an enviable list of awards that speak to his unparalleled influence on costumes for screen and theatrical performances: Mackie (b. 1939) has nine Emmy awards to his name, a Tony award, a CFDA Lifetime Achievement Award, three Academy Award nominations and more.

As a child, Mackie was enamored of Portuguese-born Brazilian dancer and actress Carmen Miranda. The love of film shared by his sister and mother proved contagious for Mackie, and he marveled at the richness and beauty he found in ballet. He wasn’t interested in fashion so much as he was in entertainment and went on to fortunately find work in television during the 1960s, specifically in programming that seemed to encompass all of what he’d grown to love about the arts.

As a fashion sketch artist, Mackie collaborated with Hollywood’s greatest costume designers, working with the legendary Edith Head at Paramount Studios as soon as he’d finished school. From there, he secured work with French-born, Hollywood costume designer Jean Louis, sketching the iconic Louis dress worn by Marilyn Monroe when she sang “Happy Birthday, Mr. President” to John F. Kennedy in 1962.

Mackie would spend most of his career as a costume designer, creating iconic pieces like the Gone With the Wind parody costume (currently in the Smithsonian) for The Carol Burnett Show — where he worked for more than a decade — and campy, opulent dresses for The Cher Show on Broadway, for which he won the Tony award. But he had a considerable influence on mainstream fashion as well. The figure-hugging, feathered and fringed gowns and cocktail dresses he designed were worn by stars like Cher and Diana Ross on the red carpet and concert tours. Similar designs of his — dazzling evening dresses of black or vibrant red silk, some beaded with rhinestones or embellished with ostrich feathers or navy blue sequins — made their way into Mackie’s mainstream fashion collection. His ready-to-wear line debuted in 1982.

Bob Mackie has always said that his clothes were “for the woman who is not afraid to be noticed,” and any woman in one of his signature dresses would definitely turn heads. There is sparkle and an element of grandeur in his garments, whether they were crafted for singer Elton John, a universally renowned fashion icon in his own right, or the woman next door, donning one of Mackie’s spectacular creations and feeling like a movie star herself. 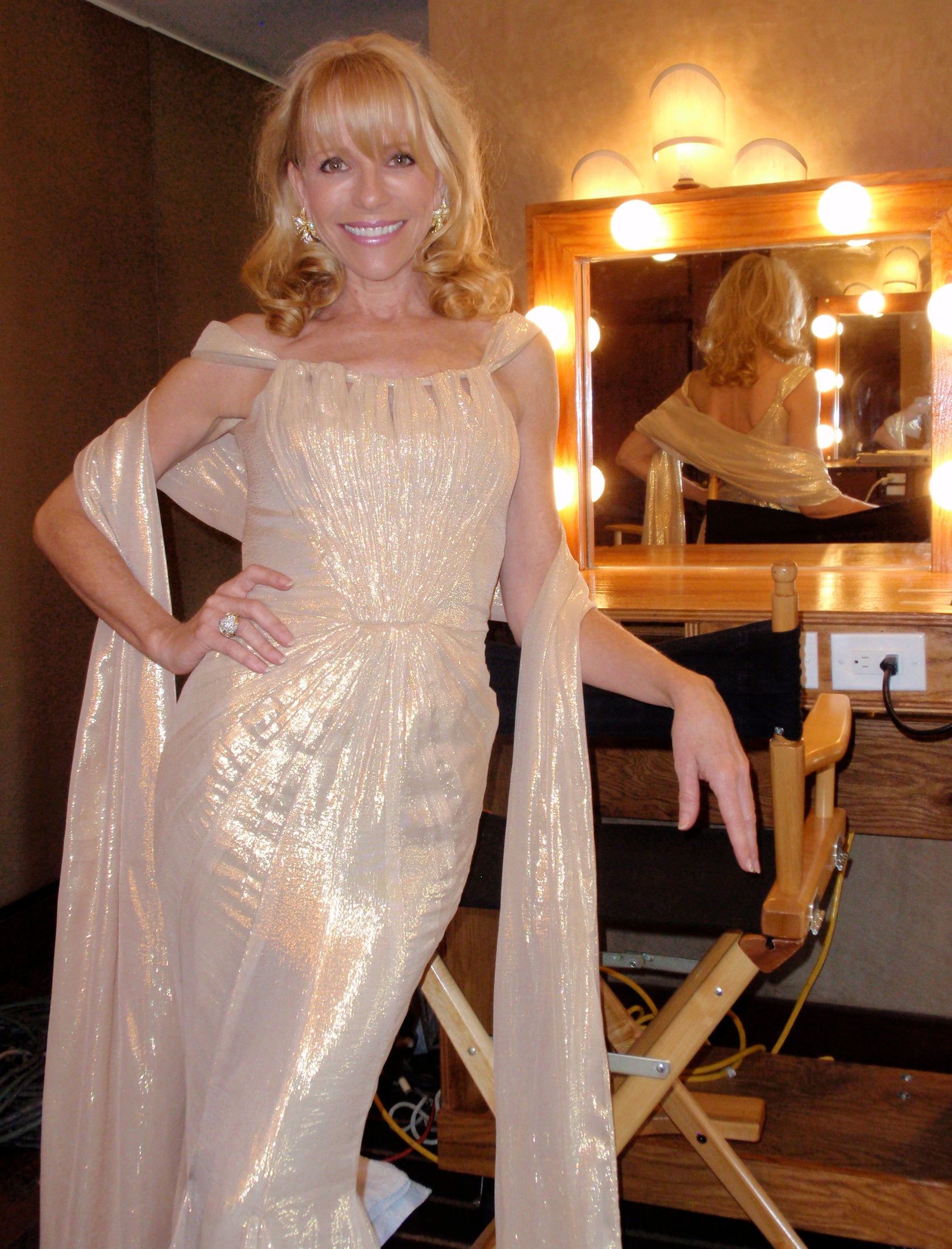 About the Seller
5 / 5
Located in Los Angeles, CA
Vetted Seller
These experienced sellers undergo a comprehensive evaluation by our team of in-house experts.
Established in 1995
1stDibs seller since 2009
463 sales on 1stDibs
Typical response time: 10 hours
More From This Seller
View All From Seller