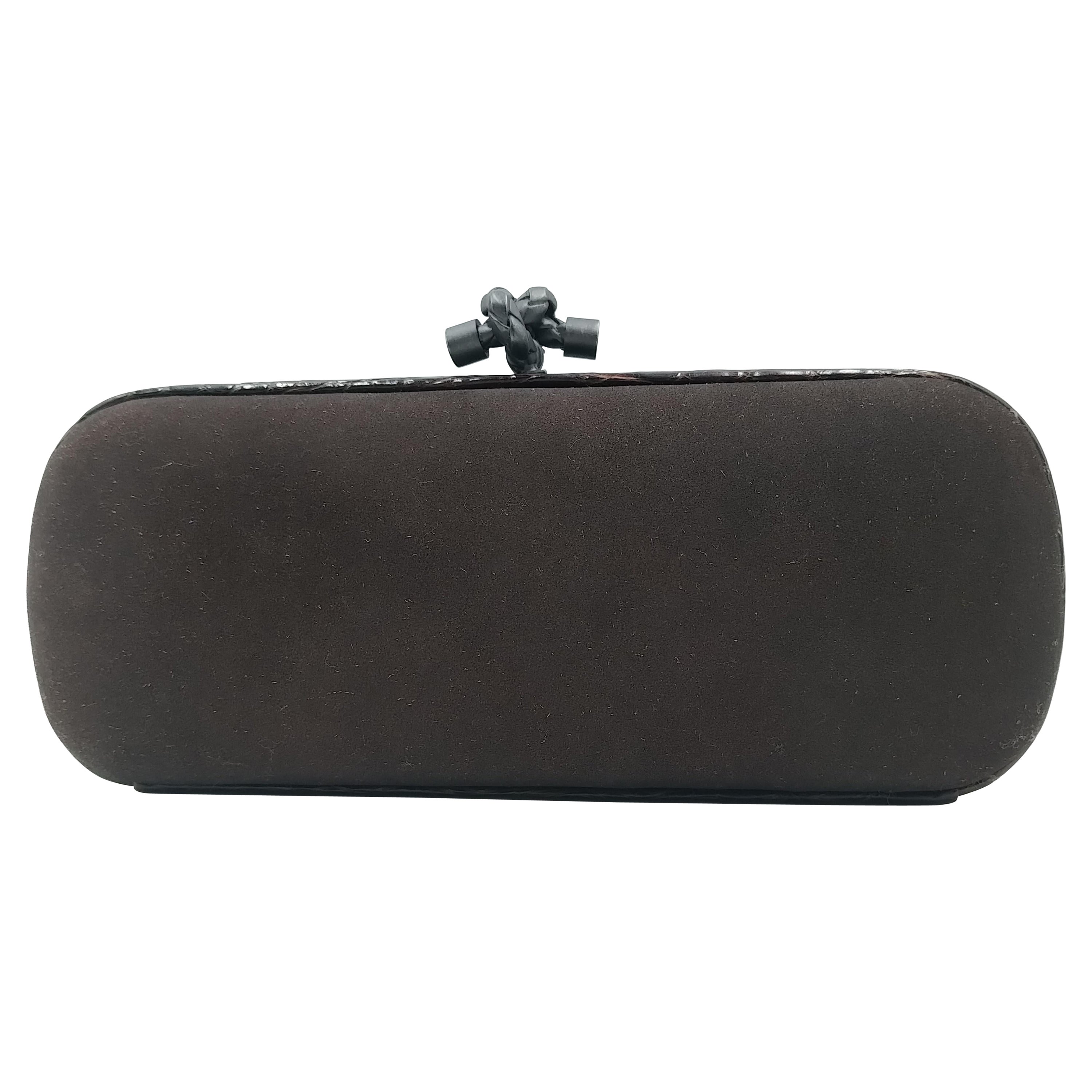 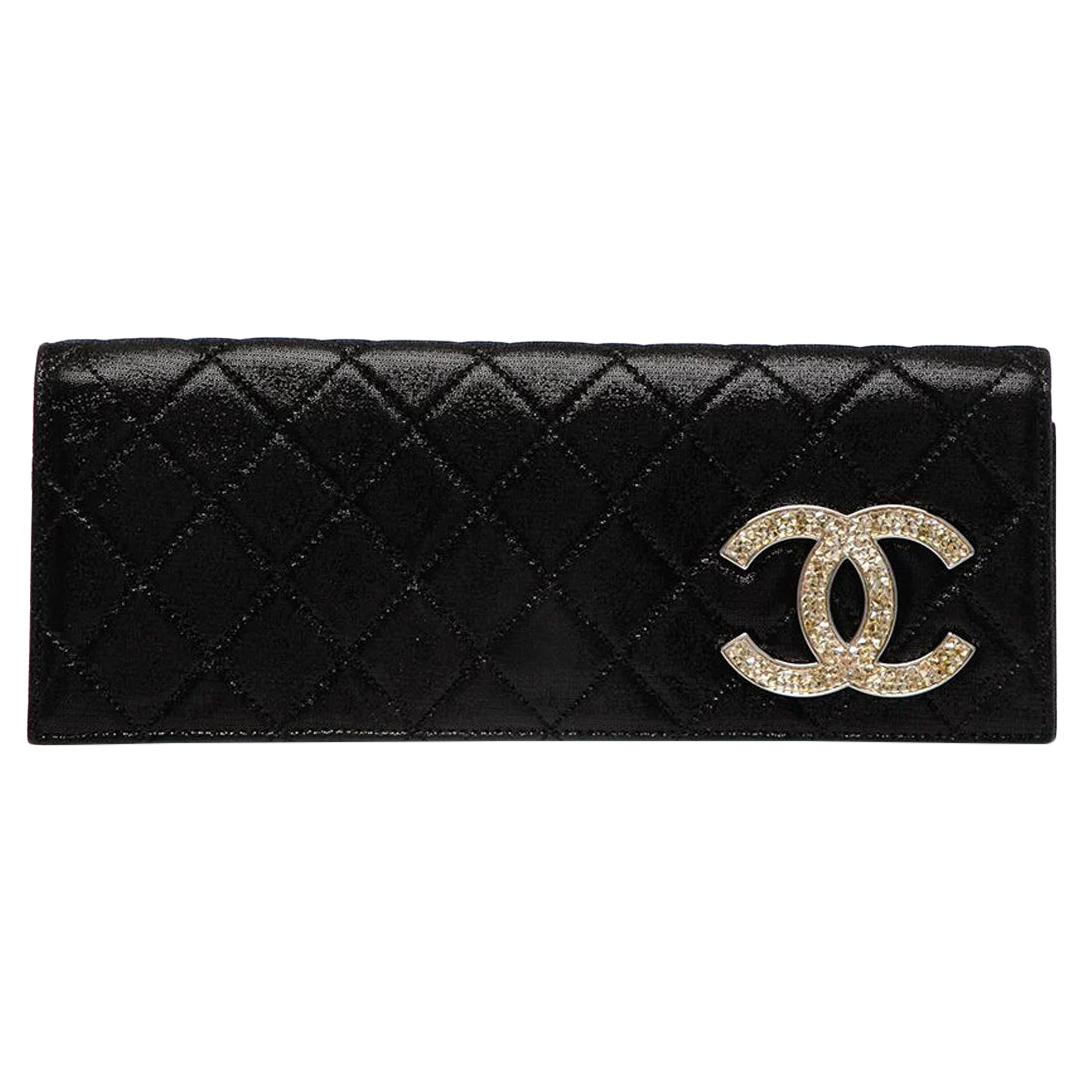 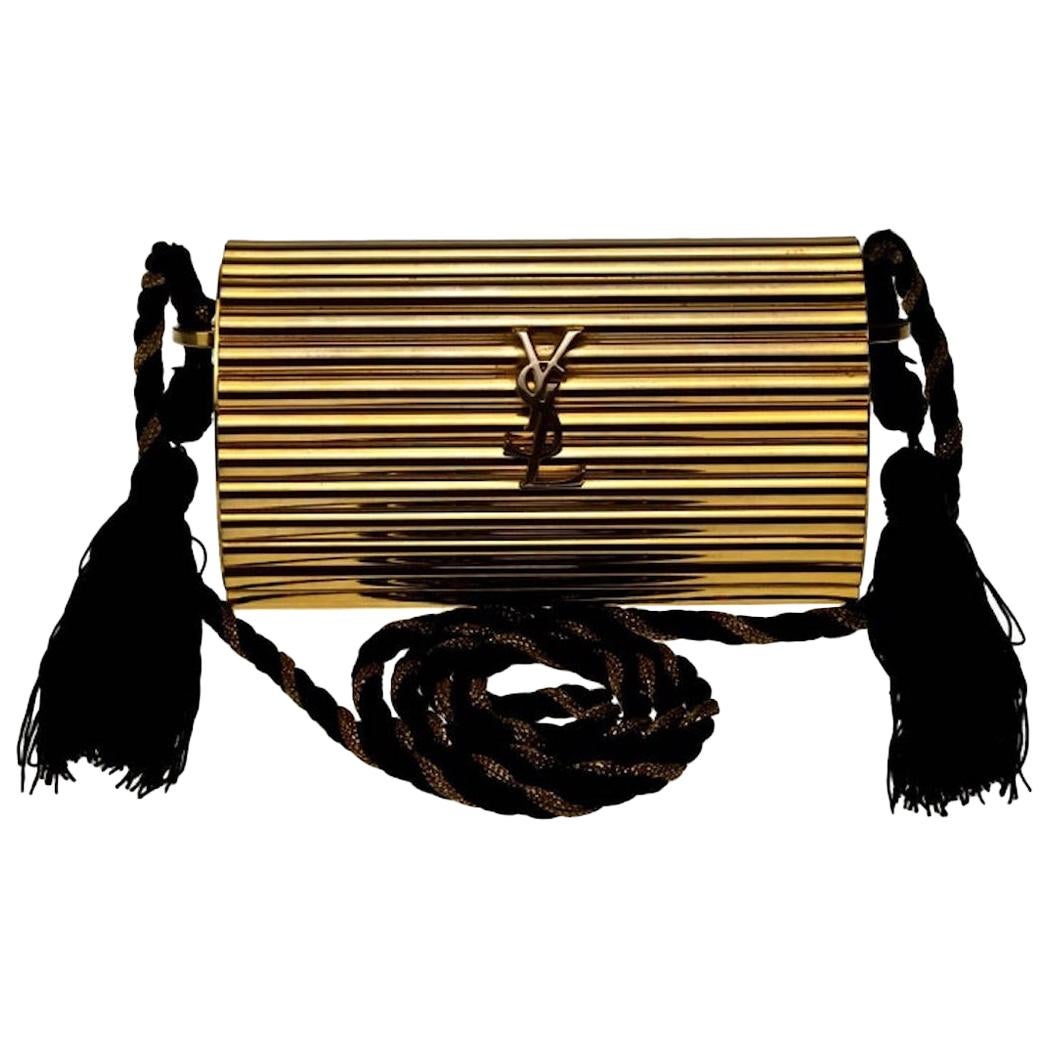 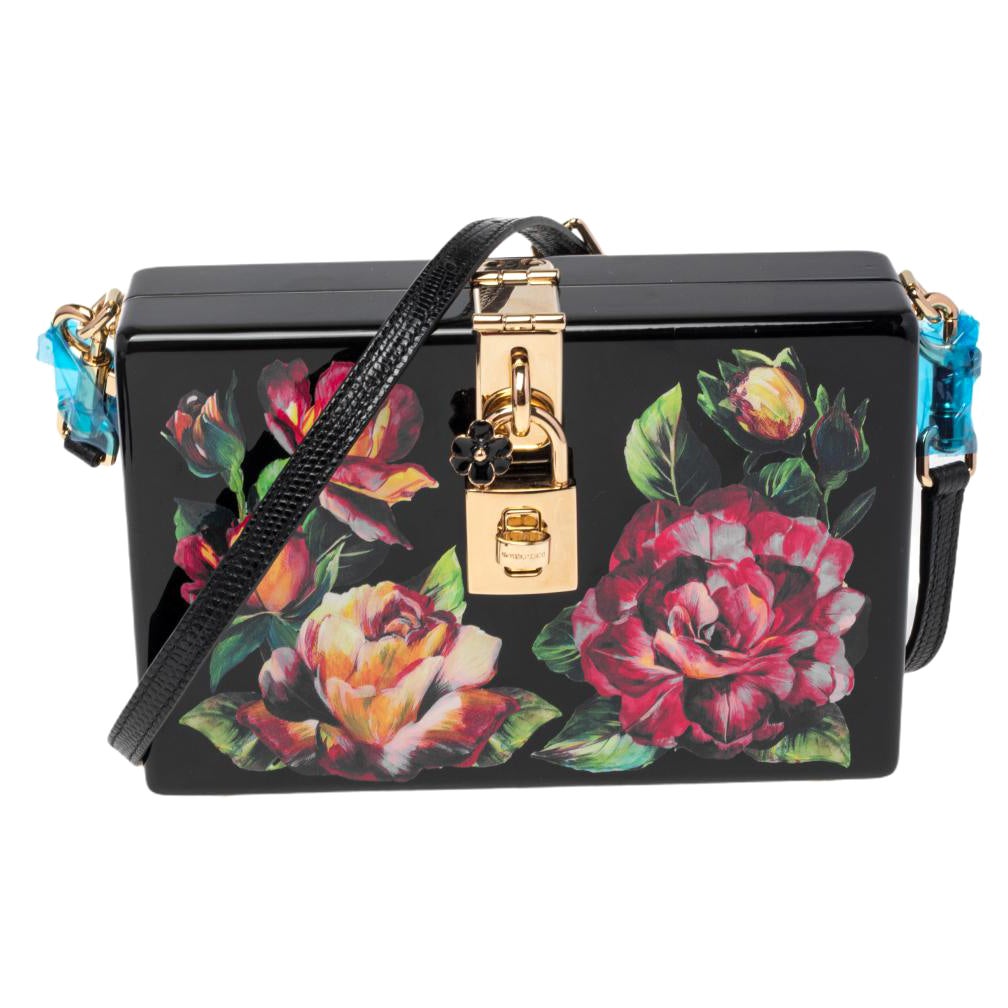 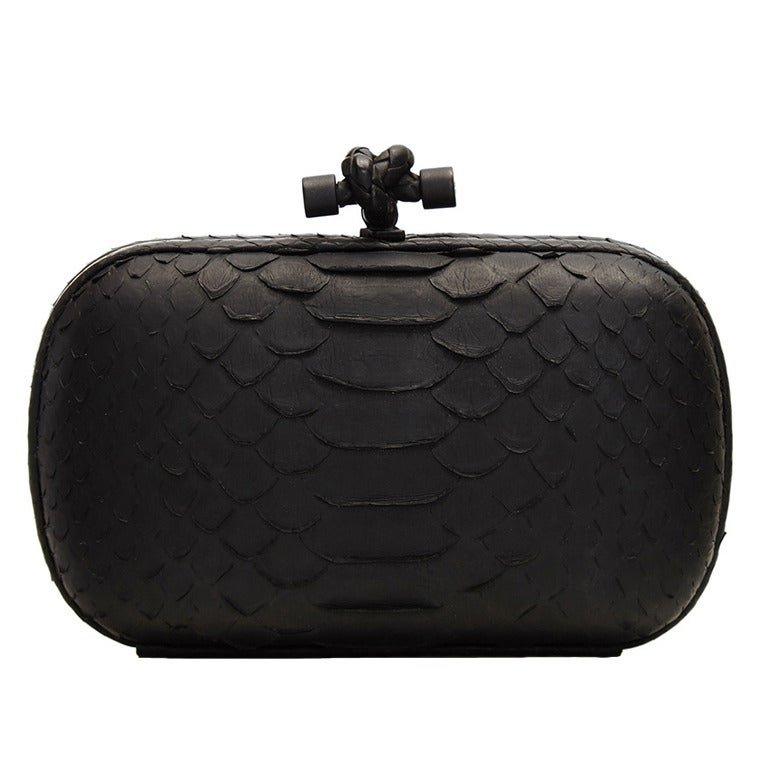 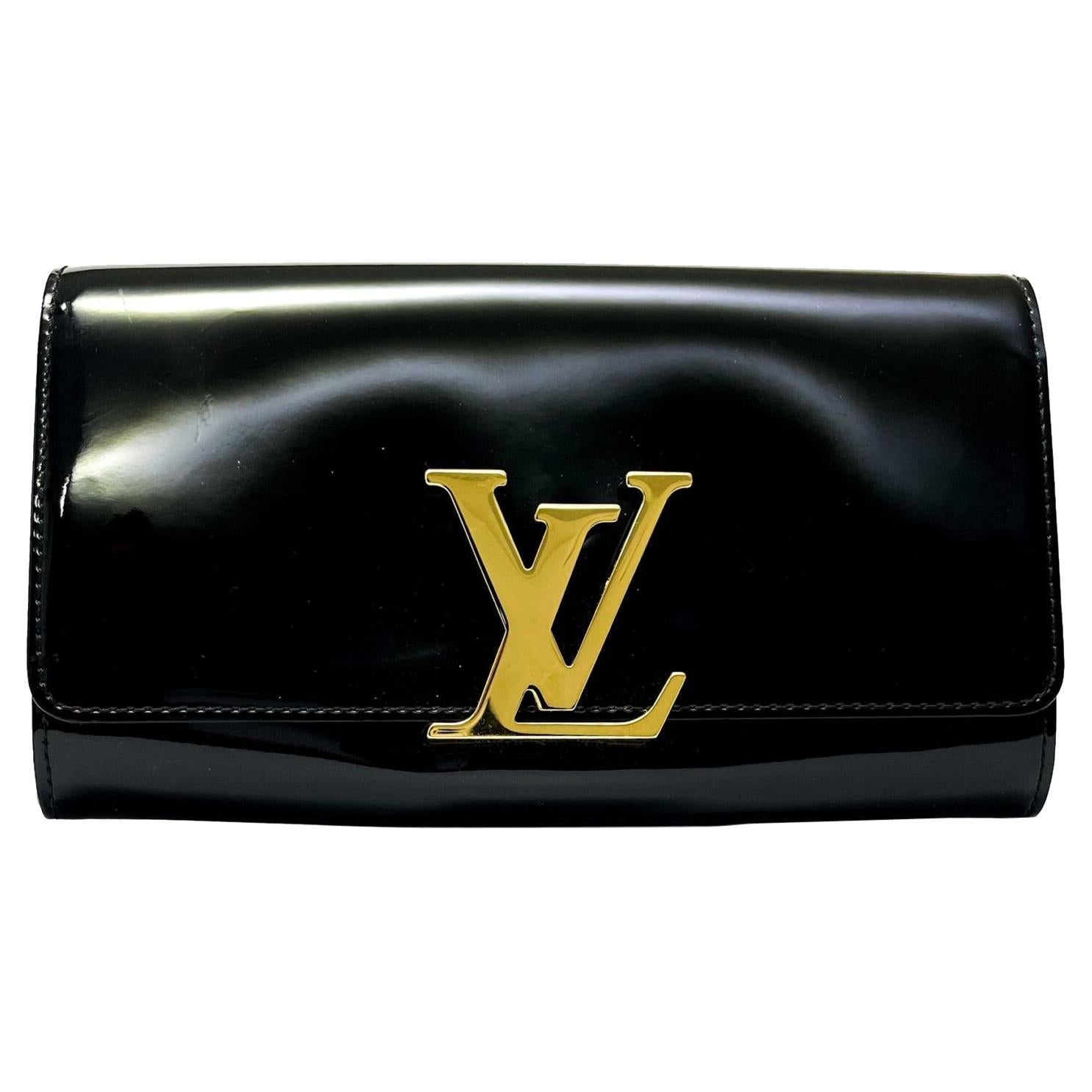 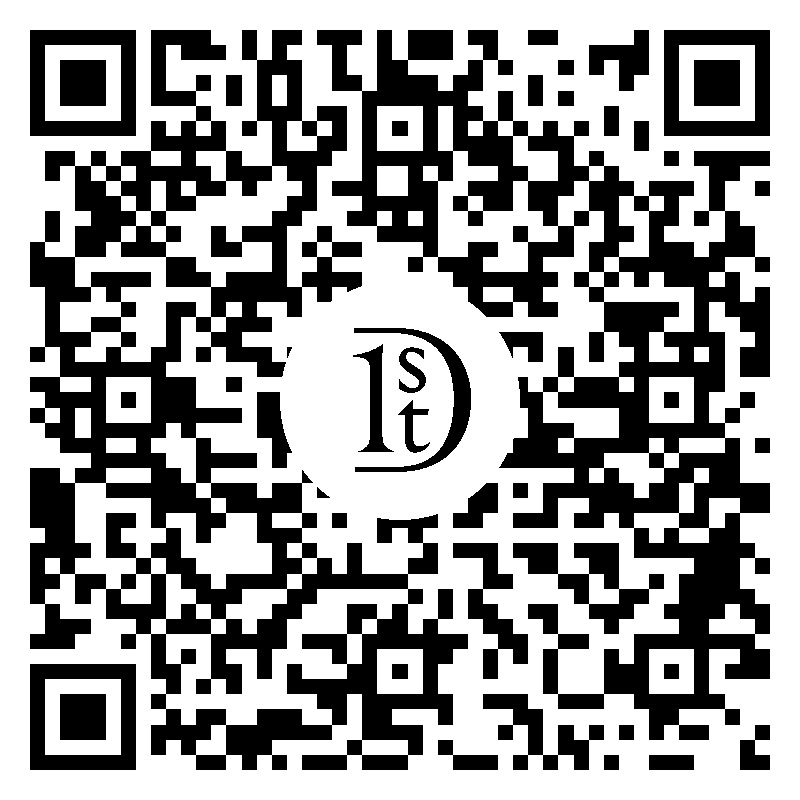 Score yourself some incredible Tom Ford for Yves Saint Laurent with our clutch from the Fall/Winter 2001 collection! Long rectangular black leather clutch with silver grommet details. Braided, woven and cut outs throughout the leather. Unique half-circle pocket on the front snaps open. Belt buckle like closures with magnetic straps underneath for easy open and close. Fully black leather liner interior with card pocket. This bag is missing it's original strap. Length: 13in Width: 6 in Depth: 2 in 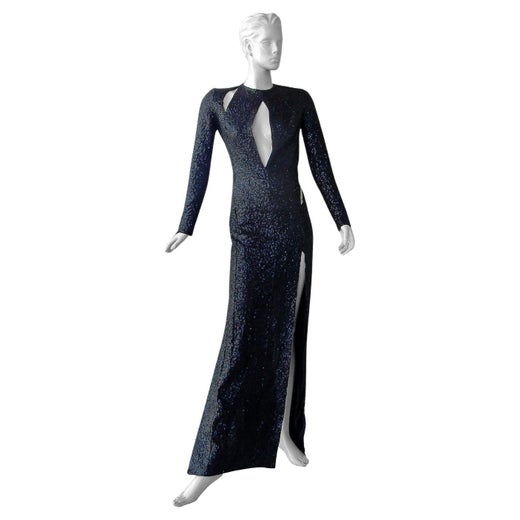 No one understands sex appeal quite like American designer Tom Ford (b. 1961). An avowed perfectionist from an early age, he was rearranging furniture at the age of six and offering his mother advice on her hair and shoes. The designer, film director and chairman of the Council of Fashion Designers of America (CFDA) is one of the most successful people working in fashion today.

Born in Austin, Texas, Ford grew up in the suburbs of Houston and Santa Fe, New Mexico. He briefly attended New York University, where he studied art history before dropping out to pursue acting. He became a regular at Studio 54, with its decadent nightlife later informing his high-octane fashion. He studied architecture at Parsons School of Design before shifting his focus to fashion and spending time at the Parsons Paris campus, graduating in 1985. The rest of the decade he worked for designers Perry Ellis and Cathy Hardwick. In 1990, Gucci’s creative director Dawn Mello hired him as a womens-wear designer.

At the time, the Italian label was better known for leather goods than luxury fashion. It was also nearly bankrupt. After Mello left in 1994, following a Bahrain-based investment group becoming Gucci’s majority shareholder, Ford was named creative director. He soon infused the brand with a fresh sensuality and bold style. His fall 1995 show, in which Kate Moss walked down the runway in an unbuttoned satin shirt, velvet hip-huggers and tousled hair, heralded an exciting, glammed-up era for the once fusty brand. Vogue critic Sarah Mower called it “one of those hitting-in-the-solar-plexus moments.”

As Ford shot to fame, he continued to explore plunging necklines, such as in the black and white looks of the Fall 1996 collection, and sumptuous fabrics like leather and tweed, with the Fall 2000 ready-to-wear collection ranging from sultry silk evening dresses to plush belted coats. He also cranked up the seduction in the provocative ads for the fashion house, particularly with regard to campaigns for Yves Saint Laurent, which Gucci acquired in 1999 (Ford was also named creative director for YSL and designed the brand’s ready-to-wear collection). Gucci's Fall/Winter 1997 campaign featured Carolyn Murphy grasping Angela Lindvall in what looked like a video still; in another shot, a face pressed against a foot in a lipstick-red heel. Each promoted a vision of modern fashion where women were sexually confident, the materials were luxurious and the styles were fearless.

In 2004, Ford and Gucci president Domenico De Sole left the company after failing to agree on the renewal of their contracts. In 2006, with De Sole as chairman, Ford launched his wildly successful eponymous menswear label. The brand has expanded into womens wear, beauty, accessories — vintage Tom Ford handbags are universally adored by celebrities and collectors alike — as well as eyewear and fragrance, with the unisex Black Orchid introduced in 2006. Ford broke into film directing with the critically acclaimed A Single Man in 2009 and Nocturnal Animals in 2016, continuing to blur the boundaries between fashion and culture. 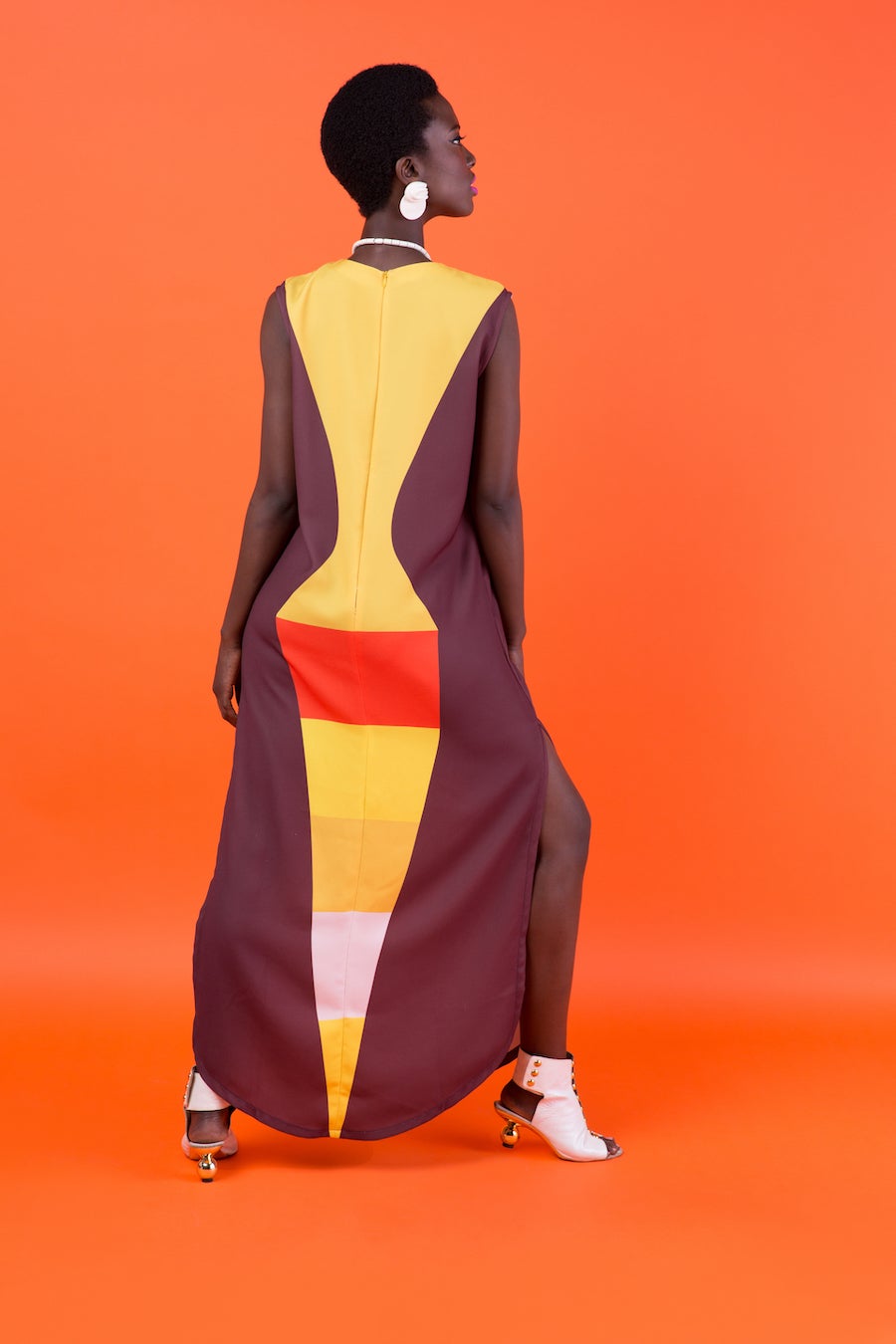 About the Seller
4.9 / 5
Located in Scottsdale, AZ
Vetted Seller
These experienced sellers undergo a comprehensive evaluation by our team of in-house experts.
Established in 2009
1stDibs seller since 2015
730 sales on 1stDibs
Typical response time: 1 hour
More From This Seller

$2,195
F/W 1997 Gucci by Tom Ford Modern Red Velvet Metal Ring Clutch Bag
By Gucci, Tom Ford
Located in Philadelphia, PA
TheRealList presents: a convertible red velvet Gucci with a depth of color, designed by Tom Ford. This bag, from the F/W 1997 collection is seldom found and can be used as a clutch o...
Category

$1,960 Sale Price
20% Off
2000s Gucci by Tom Ford Black Leather Gold Large Horsebit Convertible Clutch
By Gucci, Tom Ford
Located in Philadelphia, PA
TheRealList presents: Designed by Tom Ford during his tenure at the house of Gucci, this bag represents Tom's interpretation of many of Gucci's classic elements, the most prominent b...
Category

$765
Tom Ford Black Leather Wristlet Clutch
By Tom Ford
Located in Dubai, Al Qouz 2
Know for its timeless design and exquisite craftsmanship, Tom Ford bags are coveted around the world. This wristlet clutch is no different. It has been crafted from quality leather a...
Category