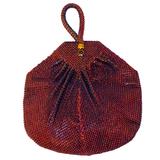 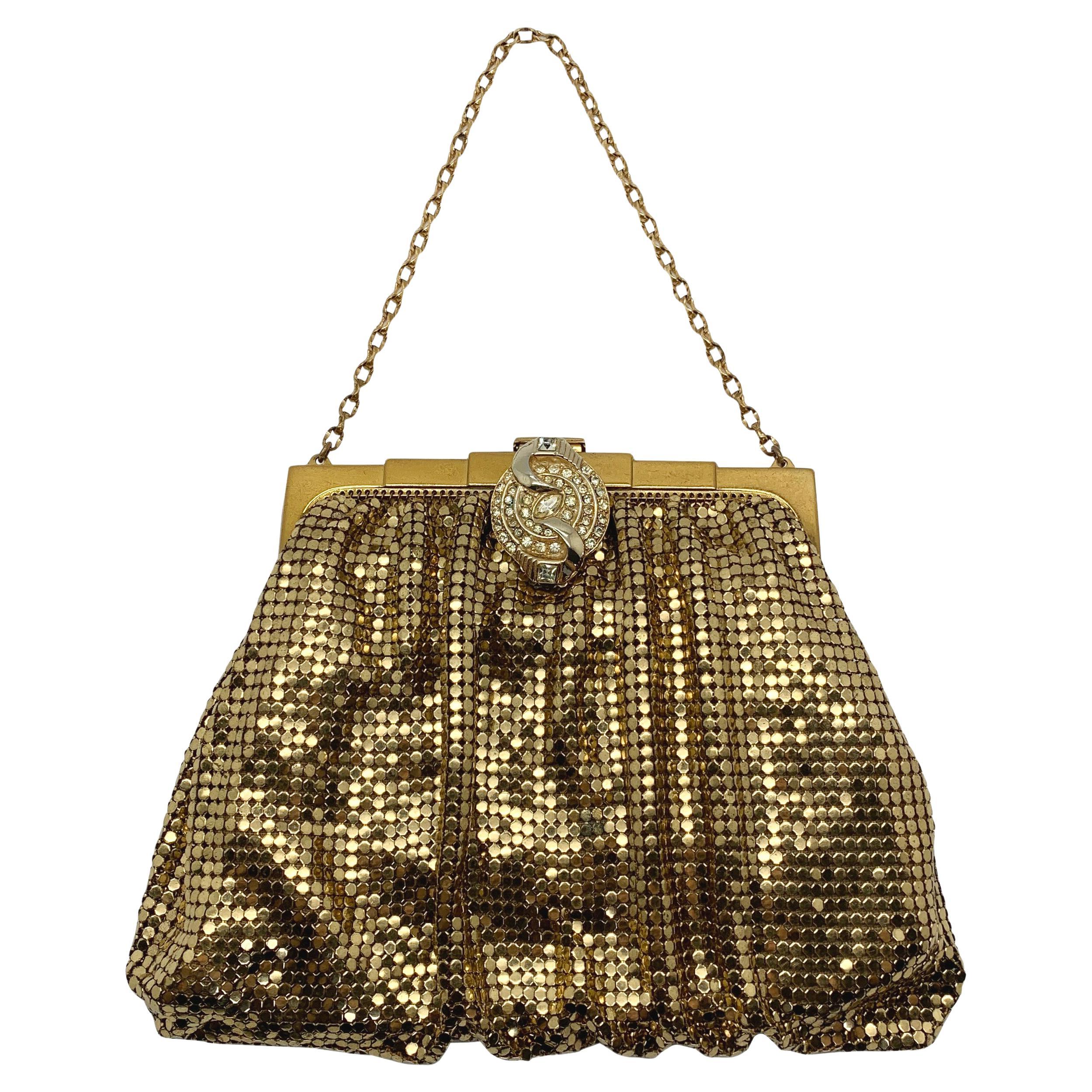 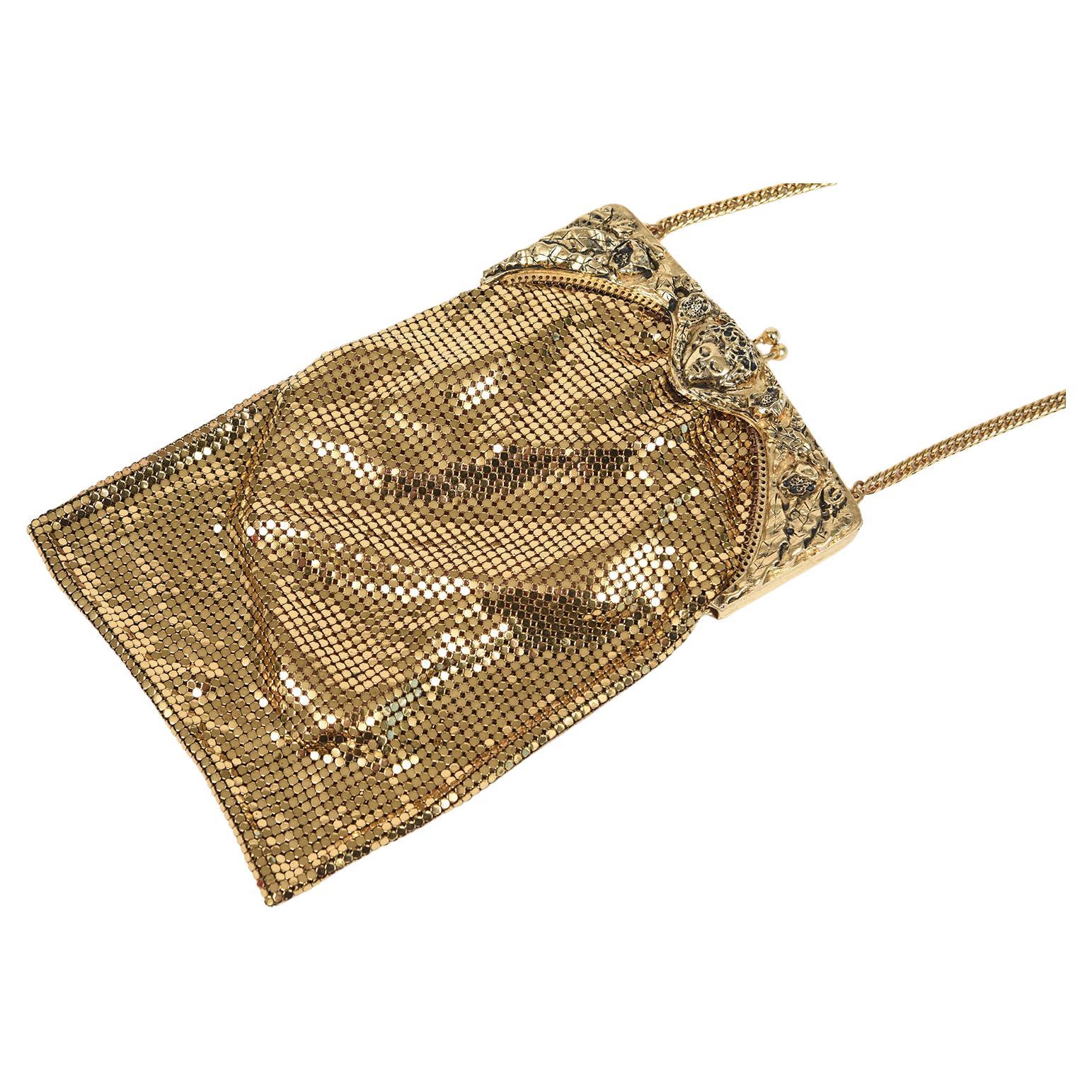 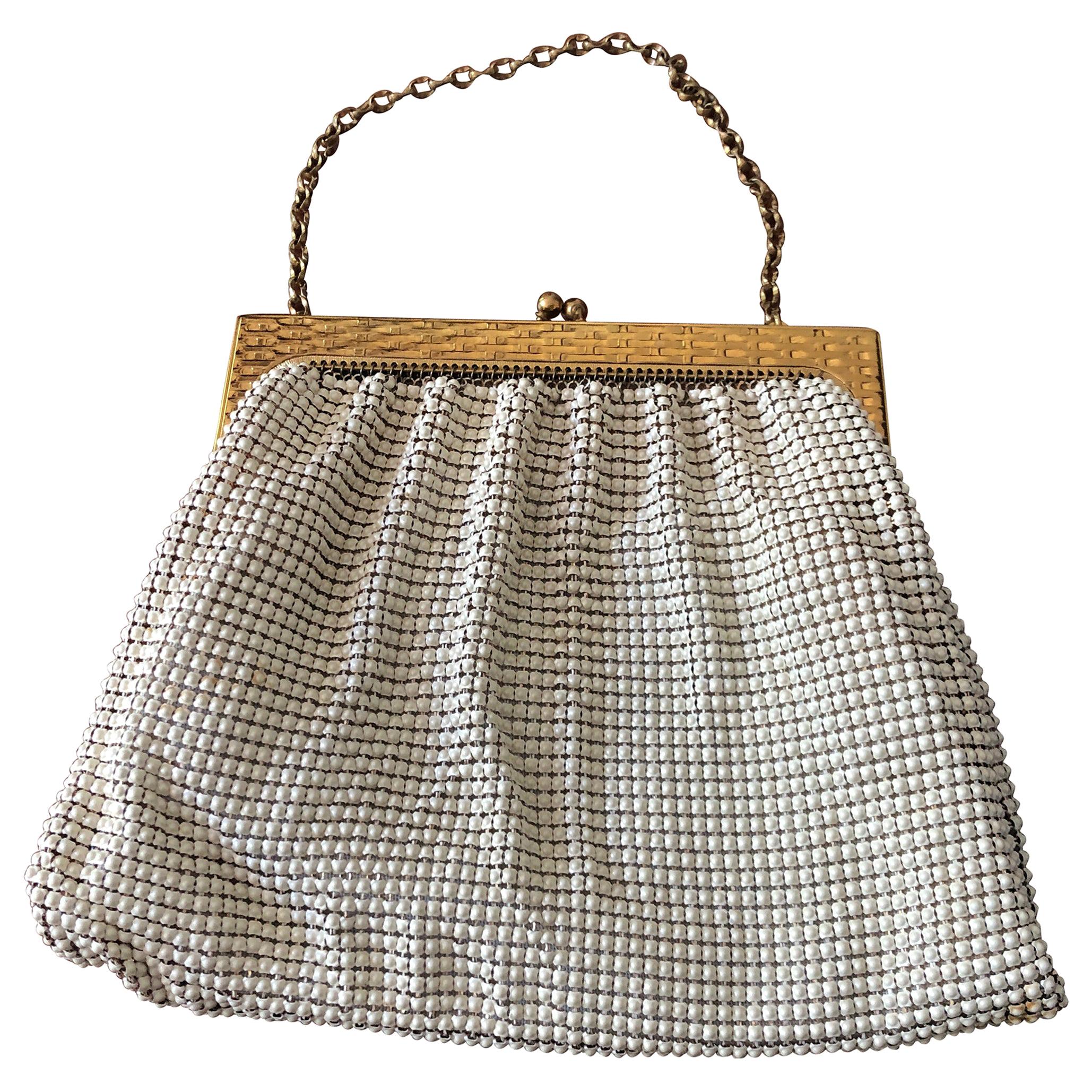 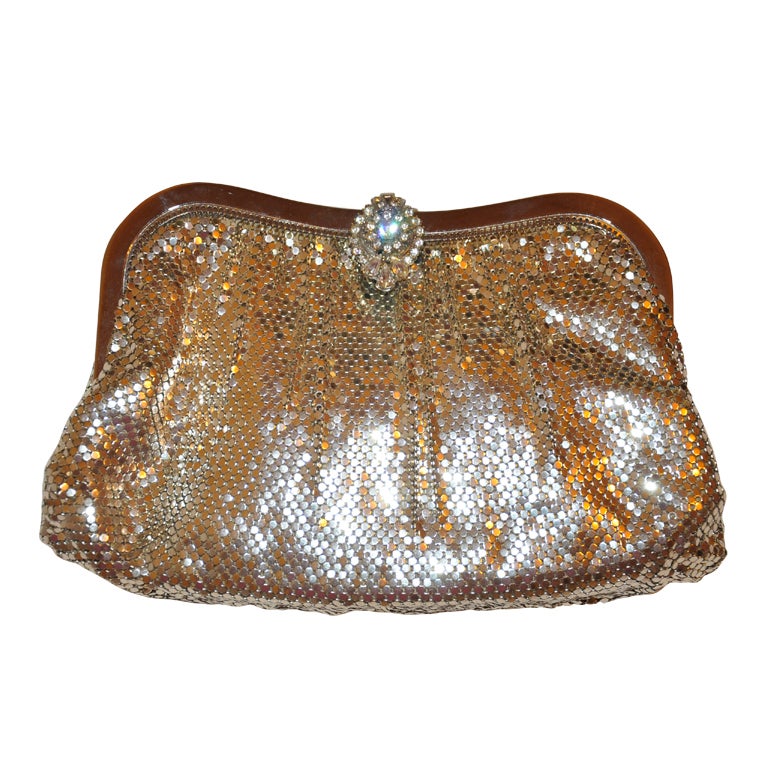 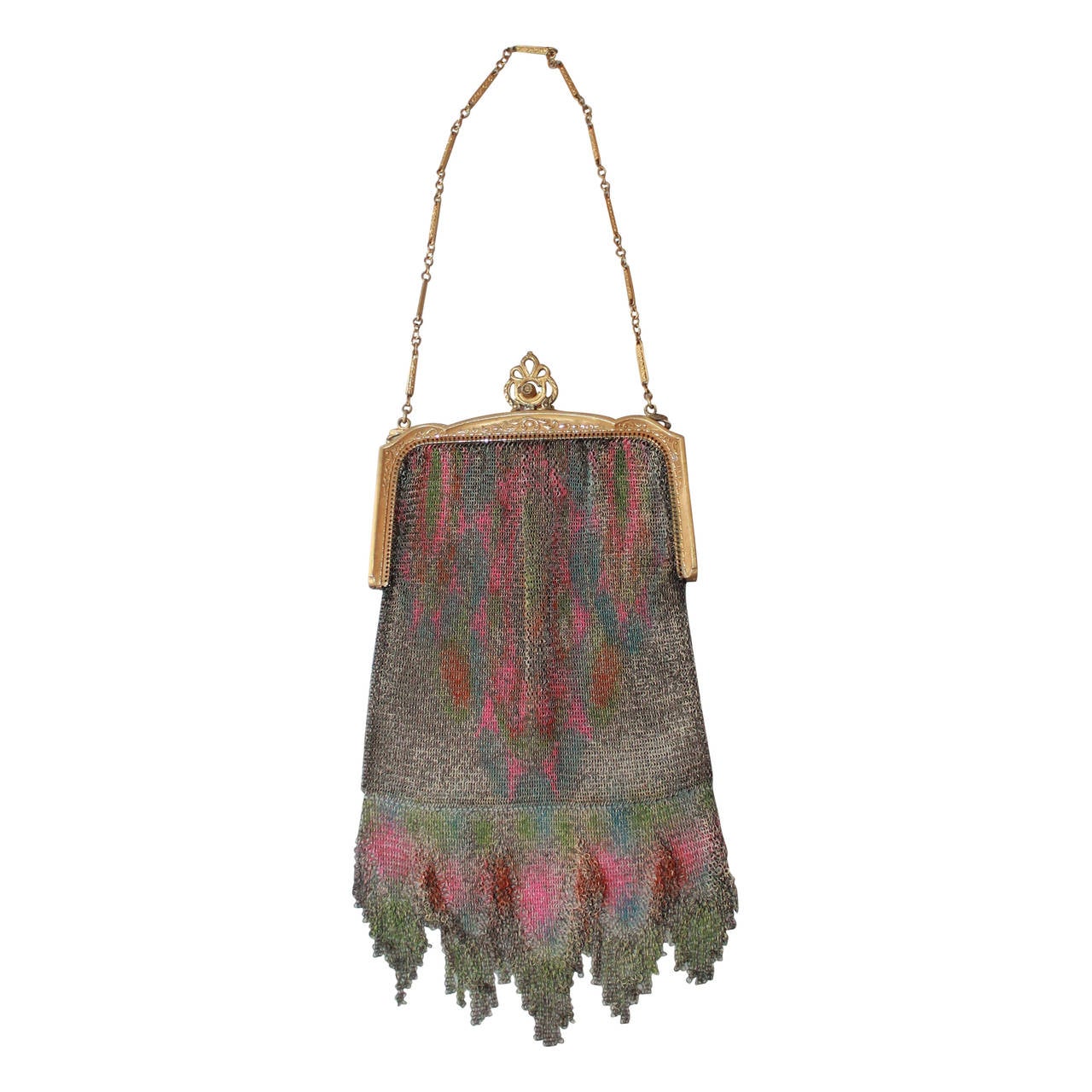 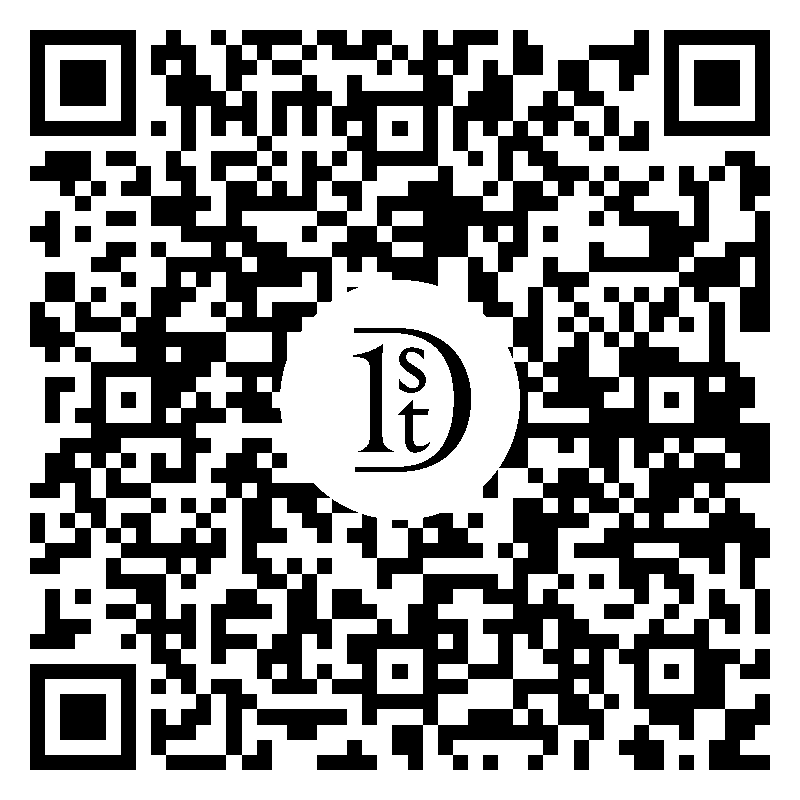 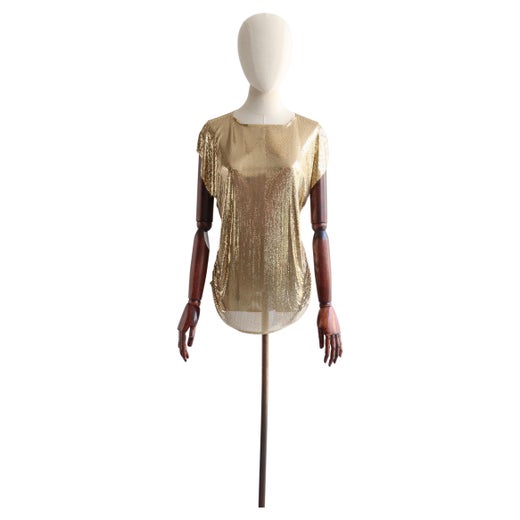 You might not expect chain-mesh bags to predate sliced bread by three decades, but it’s true. The very first mesh purse was created by Charles Whiting (1864–1940) in 1892 while working for the jewelry manufacturer Wade Davis & Company in Plainville, Massachusetts. Whiting joined the company at the age of 16, and by 1896 he formed a partnership to purchase it, renaming it the Whiting & Davis Company.

While the original mesh purse was made entirely by hand — artisans hammered out the links and wove them together — the company developed a machine to automate fabrication in 1912. With the ability to produce more rapidly and prolifically, Whiting & Davis became a veritable mesh empire, creating handbags and purses in all shapes, styles and colors, including ones made from precious metals, painted with Art Deco designs and silk-screened with Impressionistic images. The purses became status icons for the stylish elite, particularly with the flappers of the 1920s.

Over the years, Whiting & Davis struck up partnerships with some of the most talented designers of the time, including Paul Poiret, Elsa Schiaparelli and Elsa Peretti, who used their mesh in elegant pieces for Tiffany & Co., propelling their popularity even further. After a brief hiatus during World War II, when Whiting & Davis produced radar equipment rather than handbags, the brand continued to develop an ever-expanding line of products that included clothing.

In the 1970s, Whiting & Davis accessories and clothing were the rage of the disco scene. By the early 2000s, everyone from Paris Hilton to Lady Gaga donned the brand’s mesh handbags. Recent innovations to their offerings include color mesh and fine mesh, with the brand refocusing on fashion jewelry with the launch of a new collection in 2013 featuring a revamped vintage snake-bracelet design. The company has been based in North Attleboro, Massachusetts, since 1995, also supplying its renowned chain mesh for industrial uses like work gloves and protective applications such as shark suits for divers.

1stDibs Buyer Protection Guaranteed
If your item arrives not as described, we’ll work with you and the seller to make it right. Learn More
About the Seller
4.8
Located in Alford, MA
Vetted Seller
These experienced sellers undergo a comprehensive evaluation by our team of in-house experts.
Established in 2000
1stDibs seller since 2011
325 sales on 1stDibs
Typical response time: 1 hour
More From This SellerView All
People Also Browsed
You May Also Like