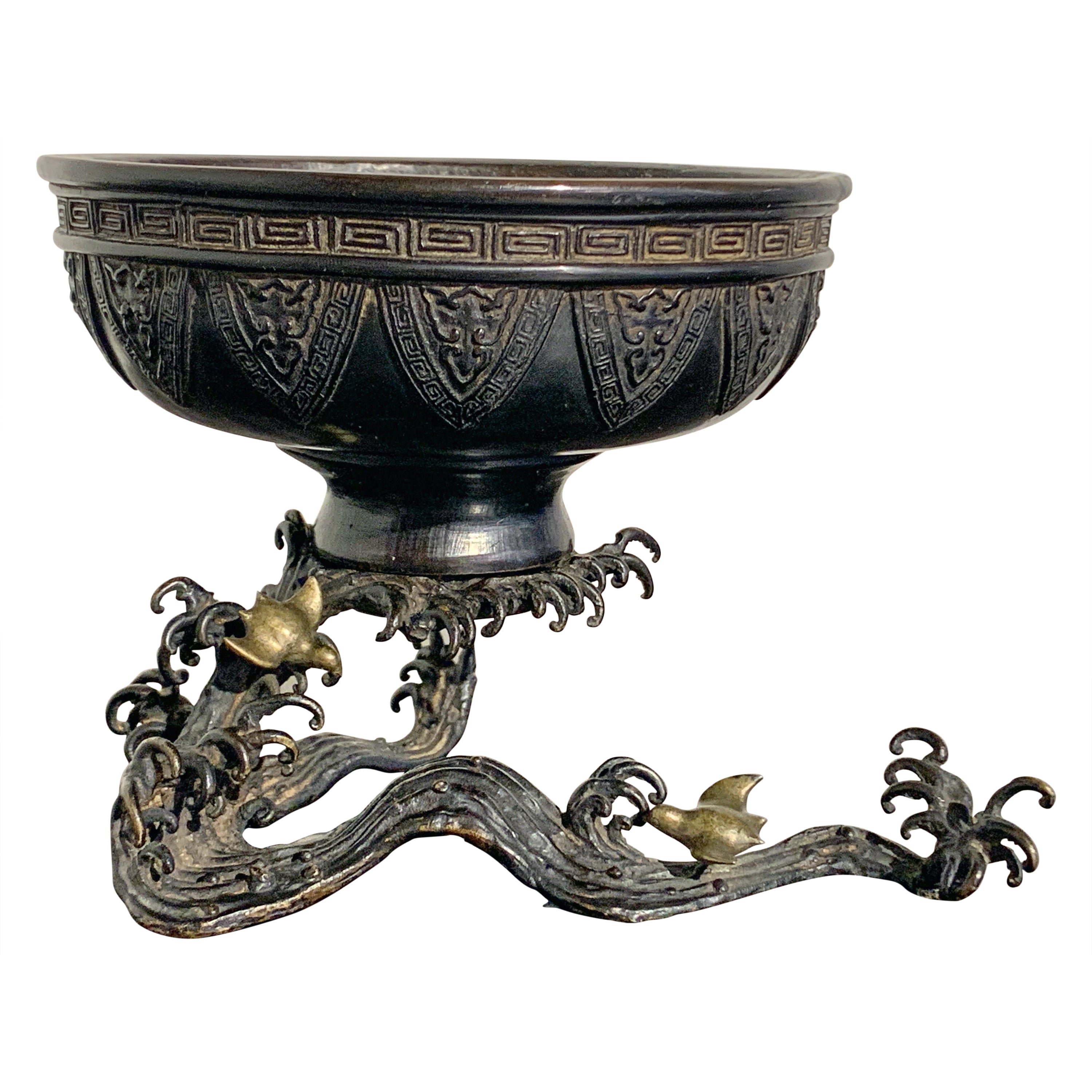 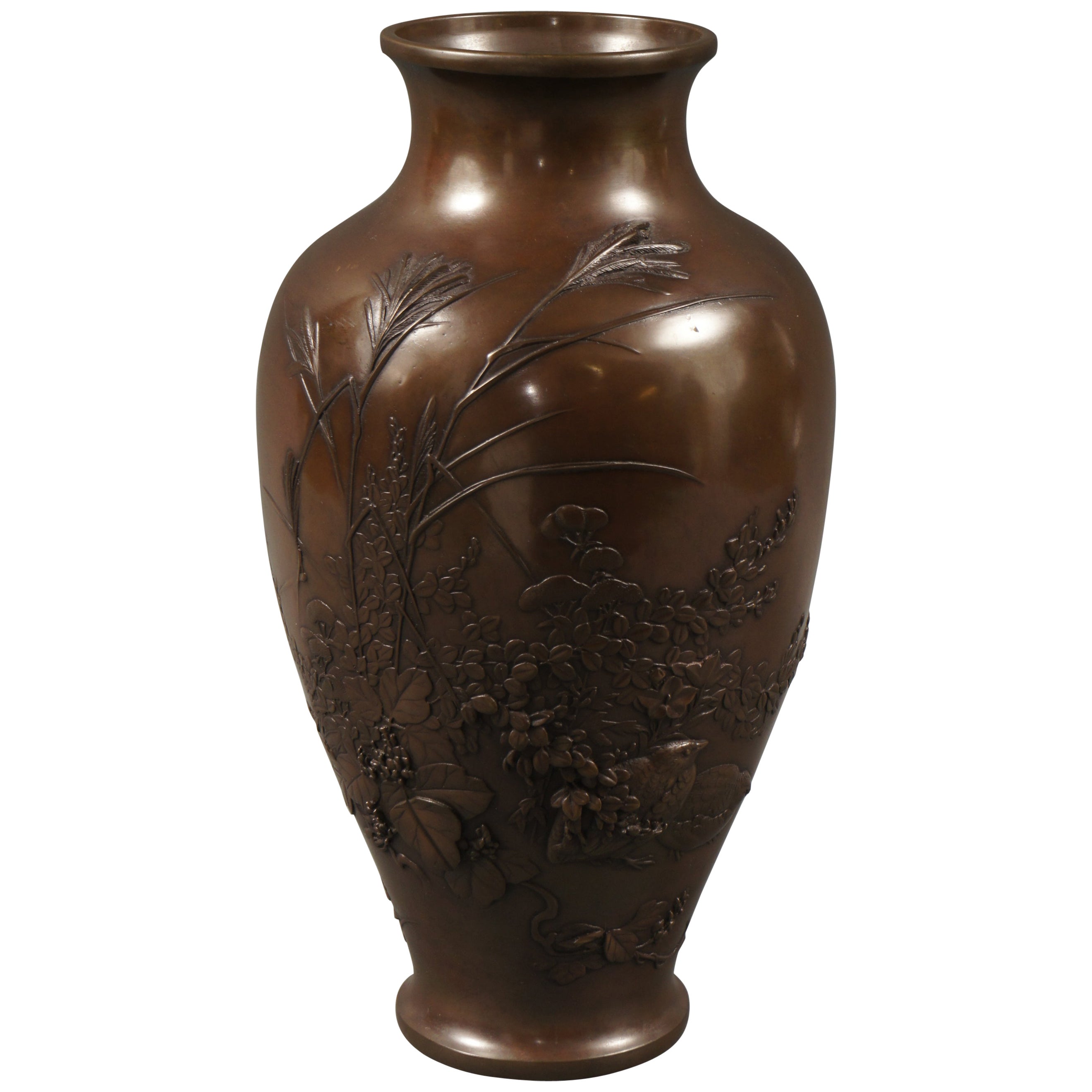 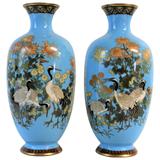 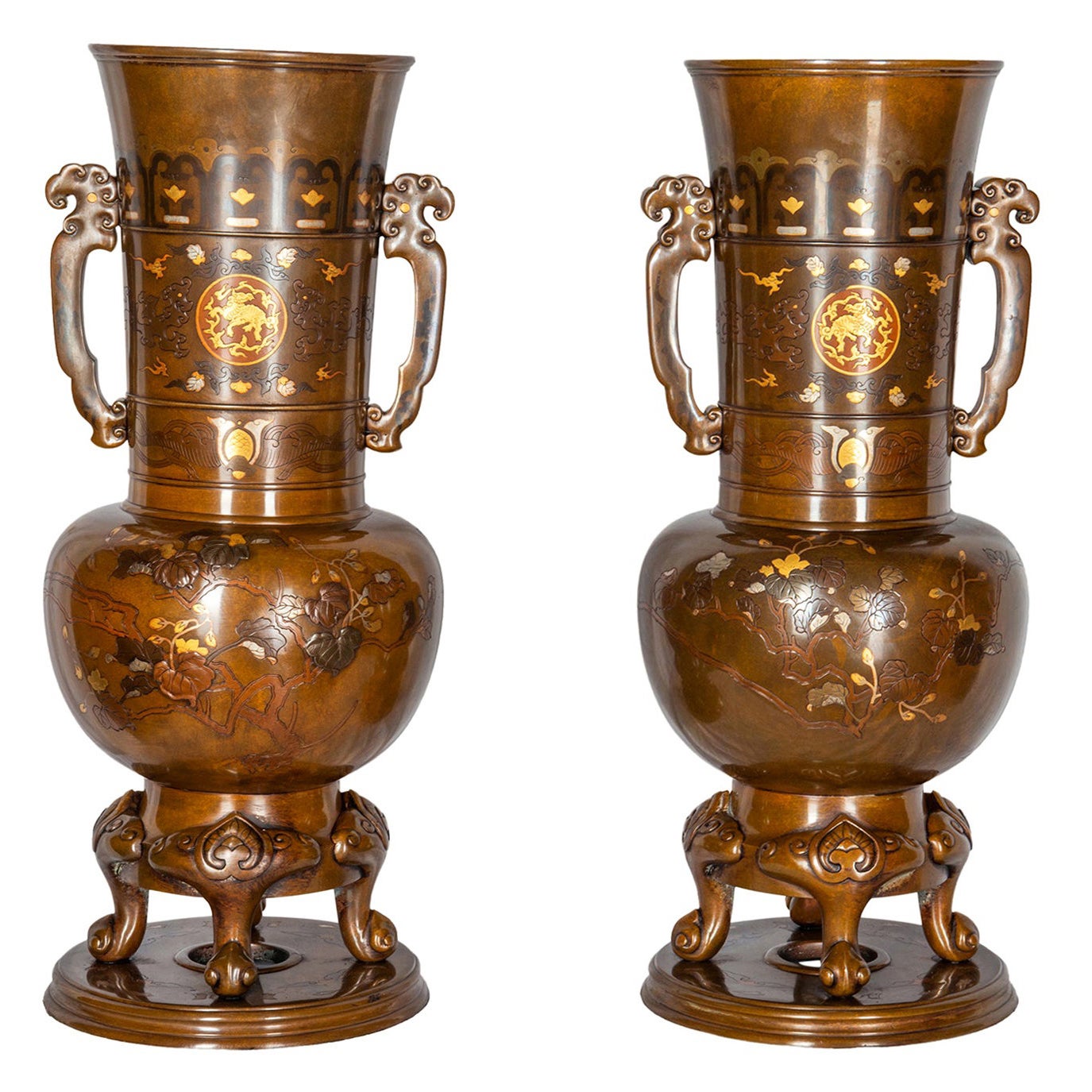 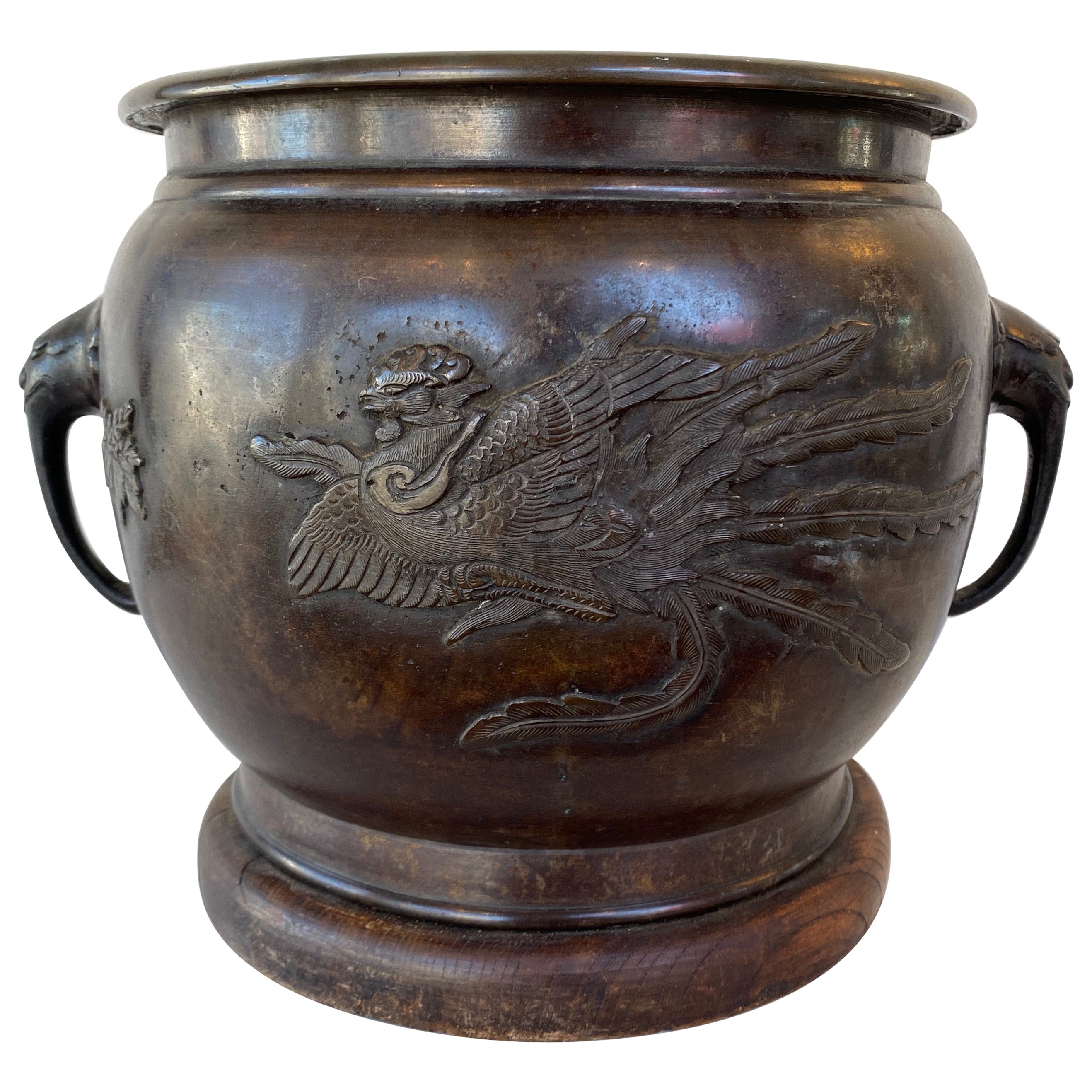 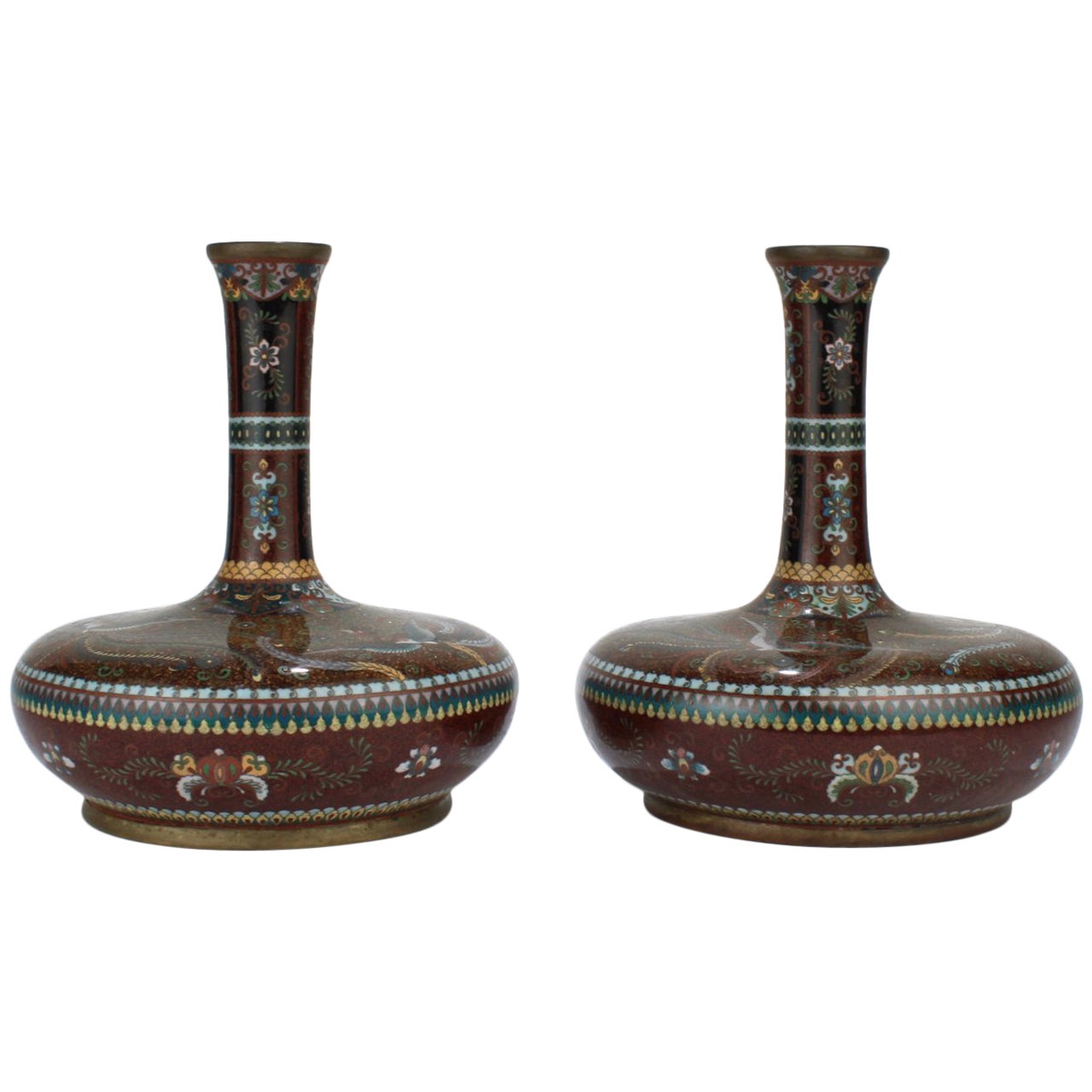 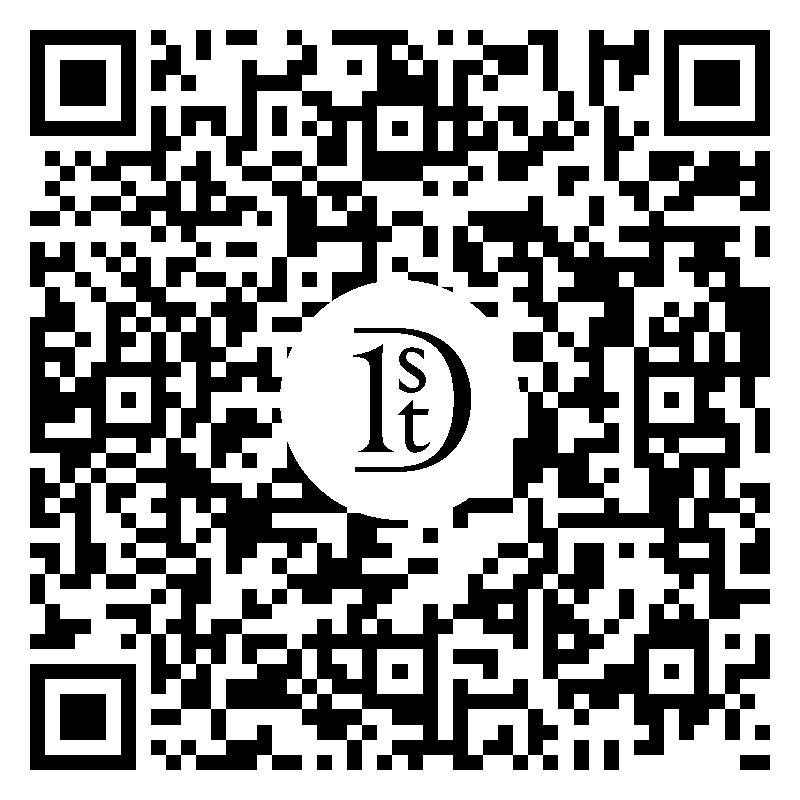 An exquisite pair of Japanese mixed metal bronze hibachi with idyllic landscape scenes, Meiji period (1868-1912), late 19th or early 20th century, Japan. The hibachi of generous proportions, with a high, slightly splayed foot, a shorty, narrow waist, and a large and wide cylindrical body. The body decorated in the mixed metal technique. The bronze carved and set with inlays of copper and silver to create wonderful landscape scenes. A pair of animal mask handles to the sides. Each hibachi with a cast signature reading ?? (Toyomi?) to the underside. One side of each hibachi depicting an evening scene, with scholars walking about a mountain retreat, replete with a waterfall, pavilions, pagodas, and pine trees, all shimmering under a full moon. The other side of the hibachi depicting a daytime scene, with a view of similar pavilions, pagoda, and pine, though with boats also visible in the distance. Copper inlay has been used for the roofs and the trunks of the pine trees. Silver inlay has been used for the pine needles, scholars, building supports, water, boats, moon, as well as the distant mountains. Originally used as a simple and elegant space heater, in which the hibachi was filled with sand or ash, and hot coals placed on top, today, they make wonderful jardinières or planters.

$1,800
Japanese Bronze Vase, Meiji Period, circa 1880
Located in Paris, FR
Baluster-shaped Japanese bronze vase decorated with sculpted birds on branches in relief. The vase's cover is embellished with foliage, and topped with a Foo dog. Mark under the base...
Category