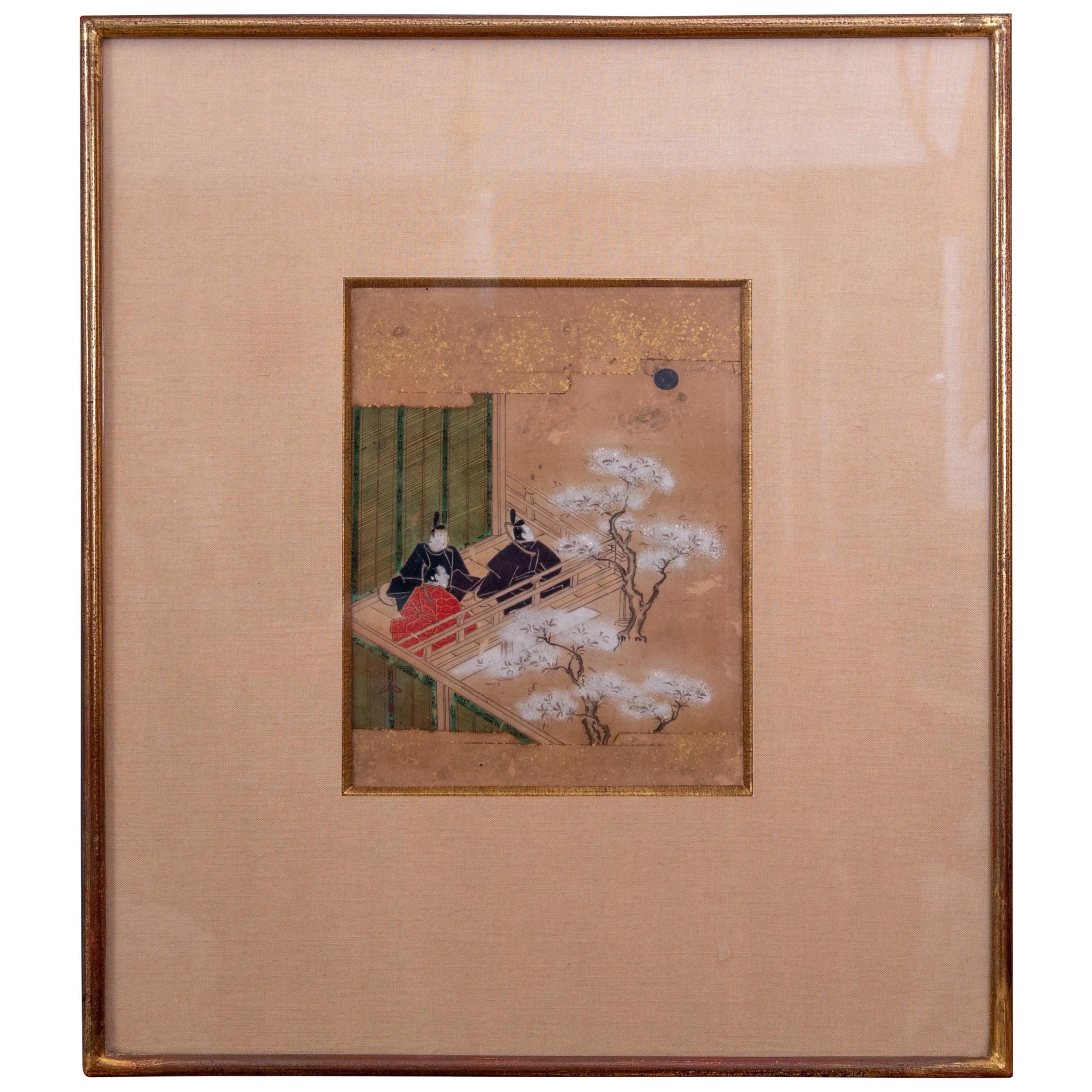 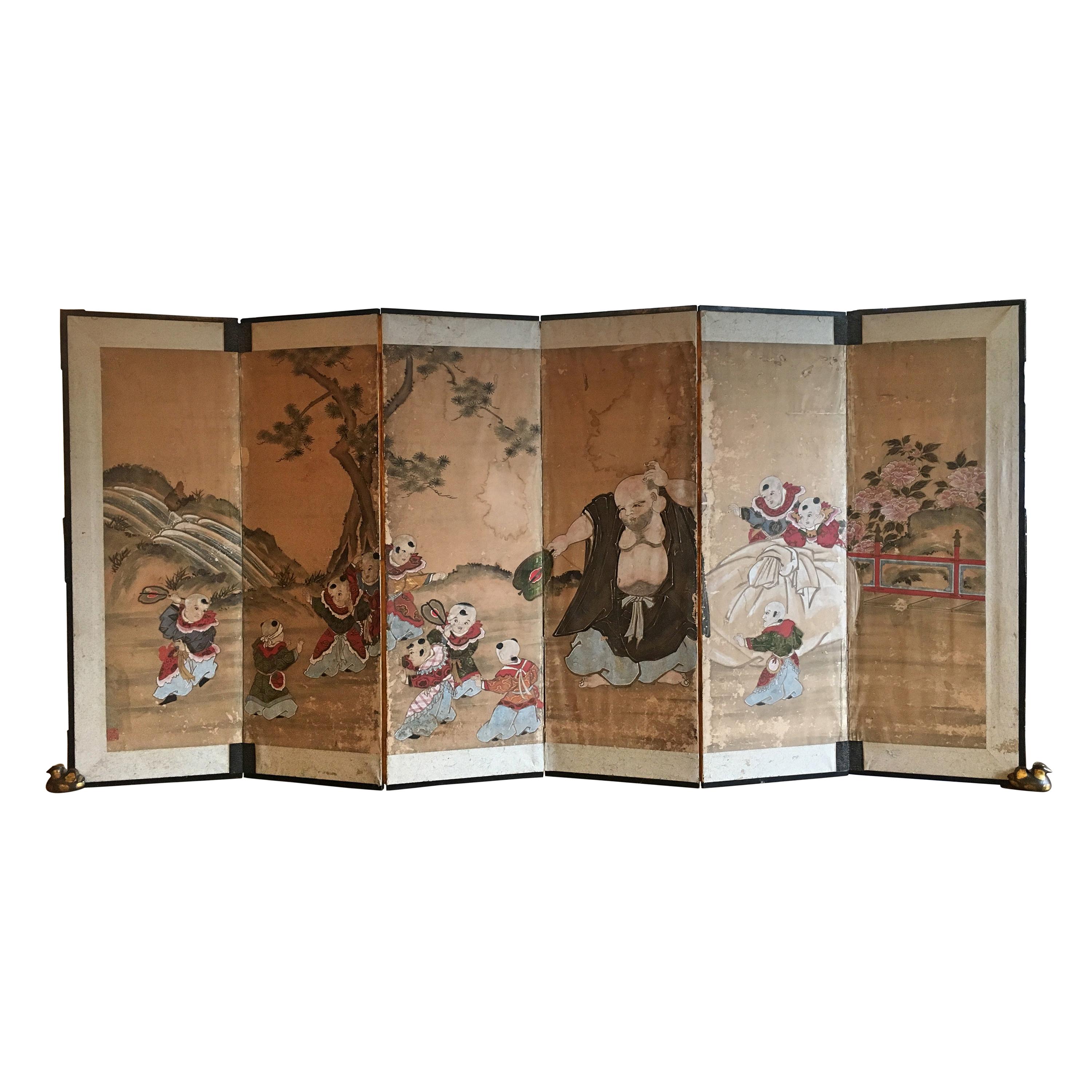 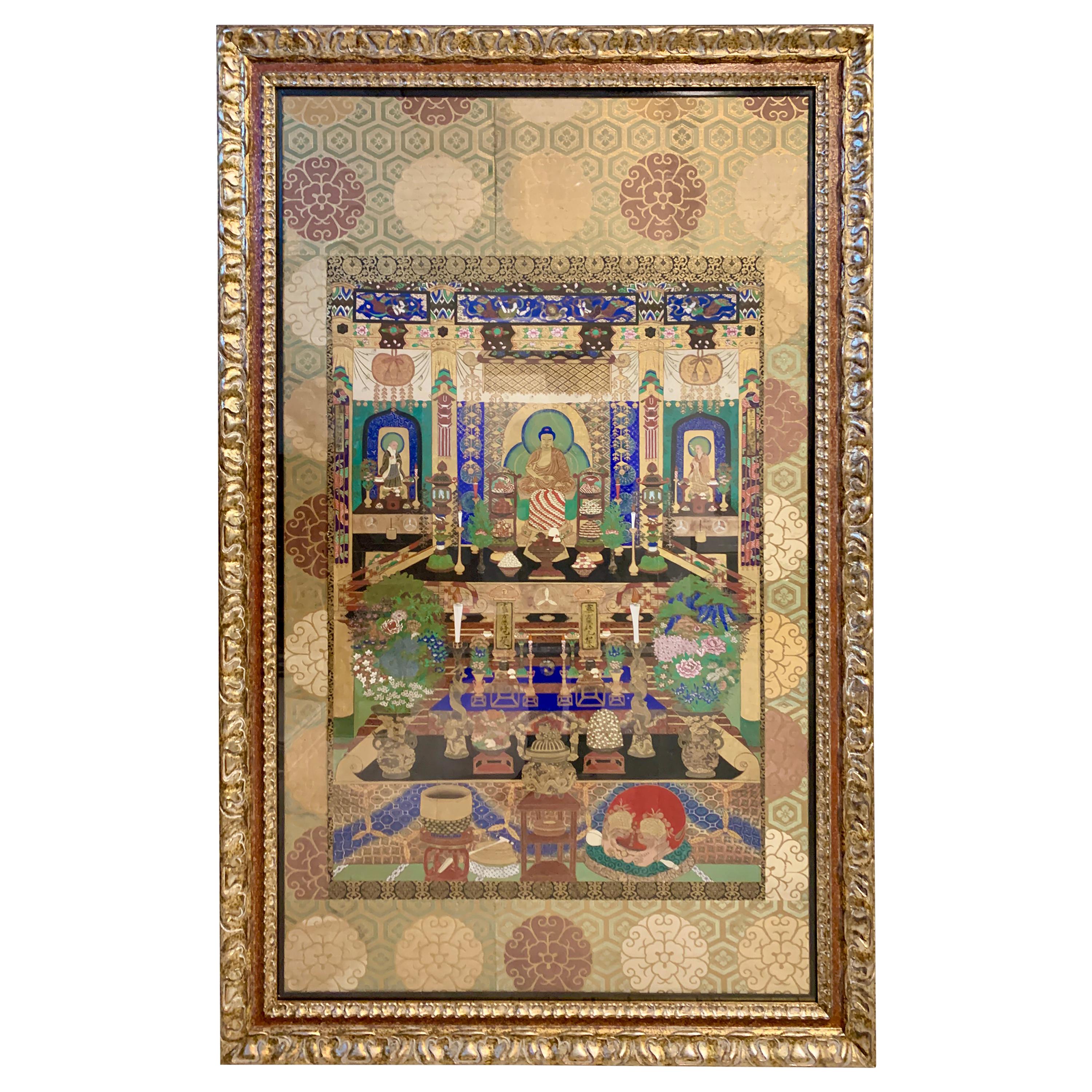 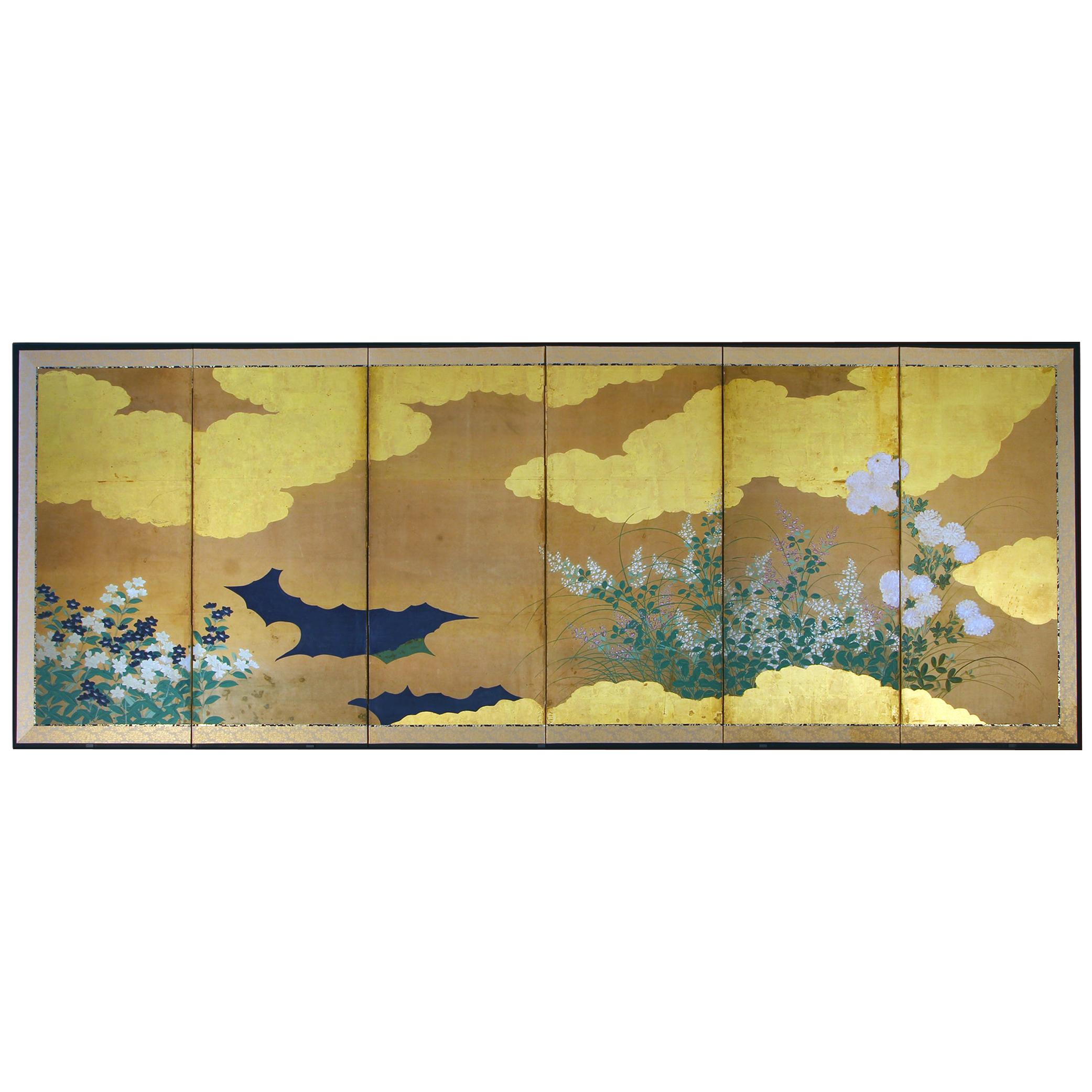 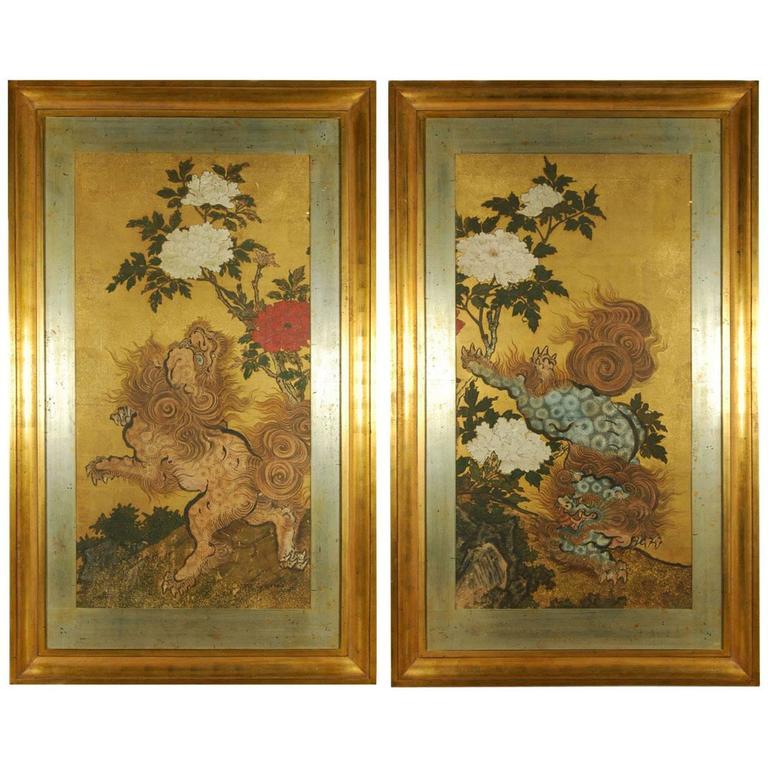 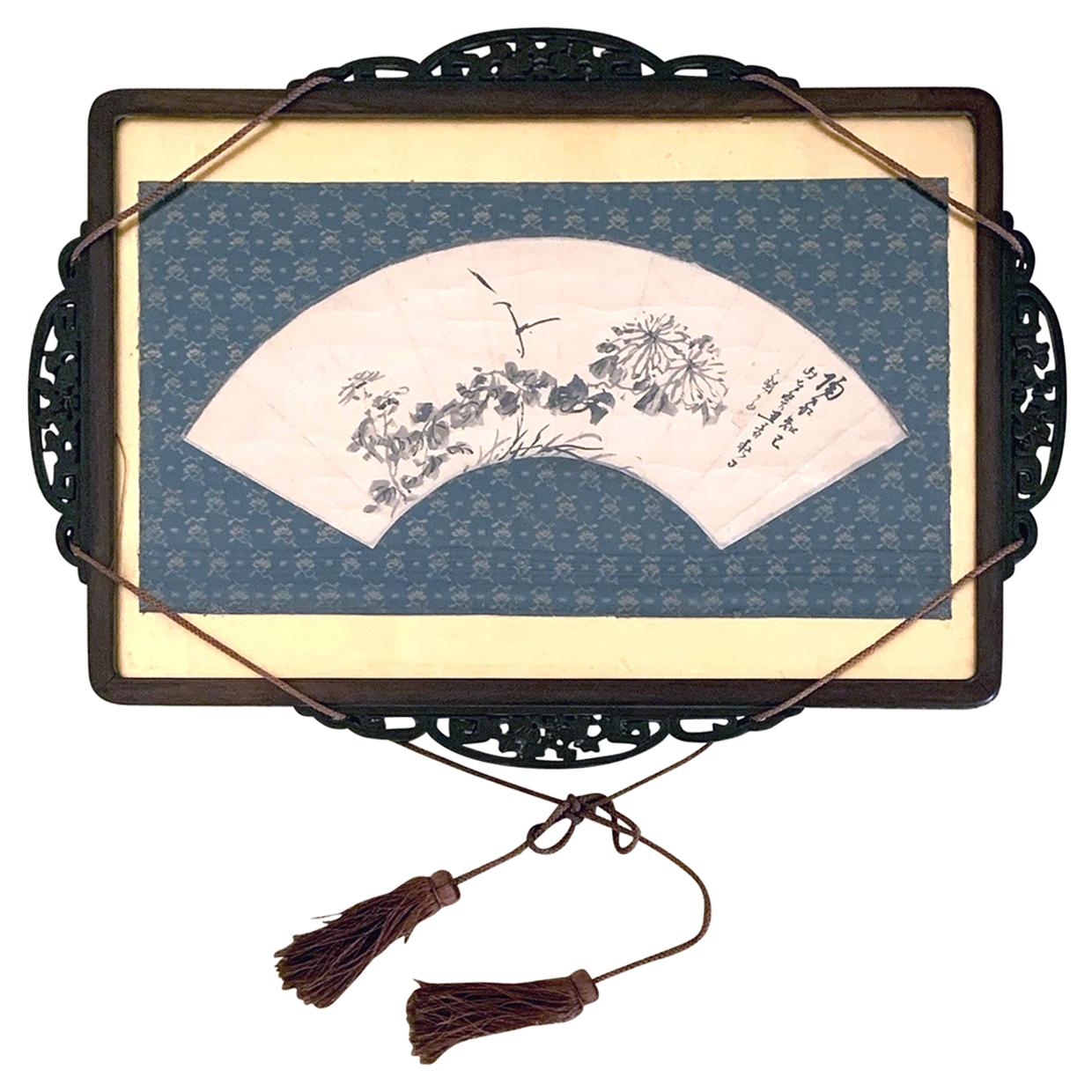 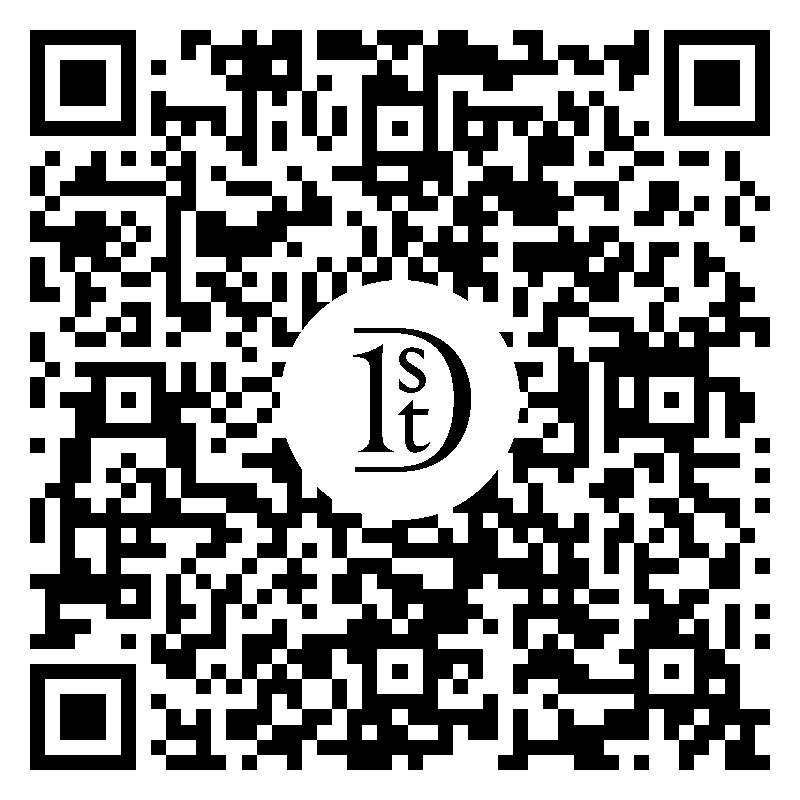 A charming Japanese sumi-e ink and color scroll painting, mounted, framed and glazed, signed Yasunobu, late Edo or early Meiji Period, mid-19th century. The scroll painting depicting a stand of soaring bamboo behind a natural rock formation. In the background, the orange sun is visible low in a hazy sky. Signed Yasunobu, with a seal of the artist. The painting, originally mounted as a scroll, and retaining the original dark blue silk brocade borders. The painting now framed and glazed The mat of silk brocade in a beautiful light gray blue and a neutral tan. The simple frame of painted black wood. This signature is often identified as the Kano school master, Kano Yasunobu (1613-1985). However, it is our opinion it is the signature of another artist from a later period, late Edo to early Meiji Period.

Edo Period Ink on Paper and Gilded Frame Japanese Painting
Located in Paris, FR
The painting depicts three Shinto priests on a terrace in meditation. Edo period, 18th century. Ink and color paper and gold flakes. It is under glass and has a giltwood frame....
Category