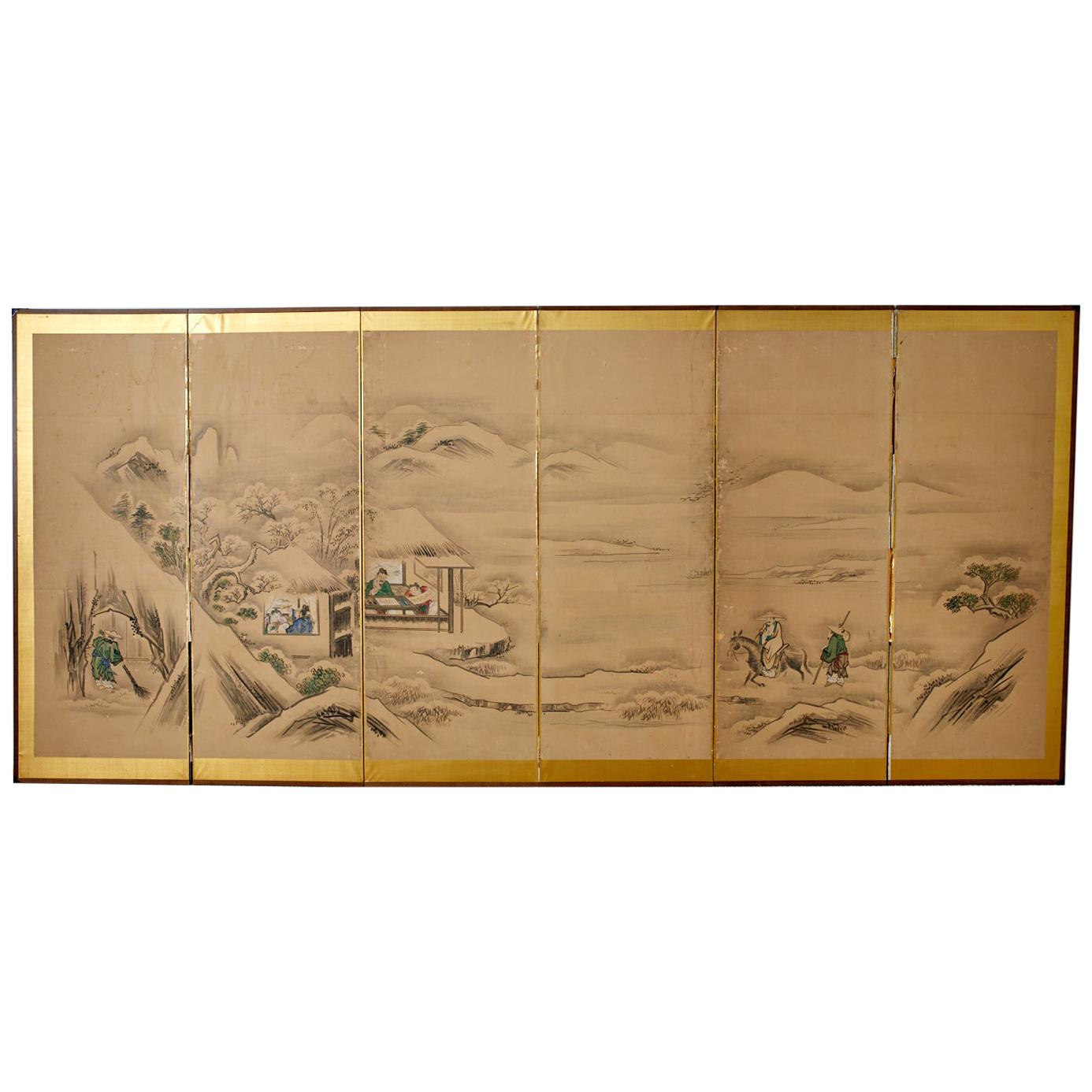 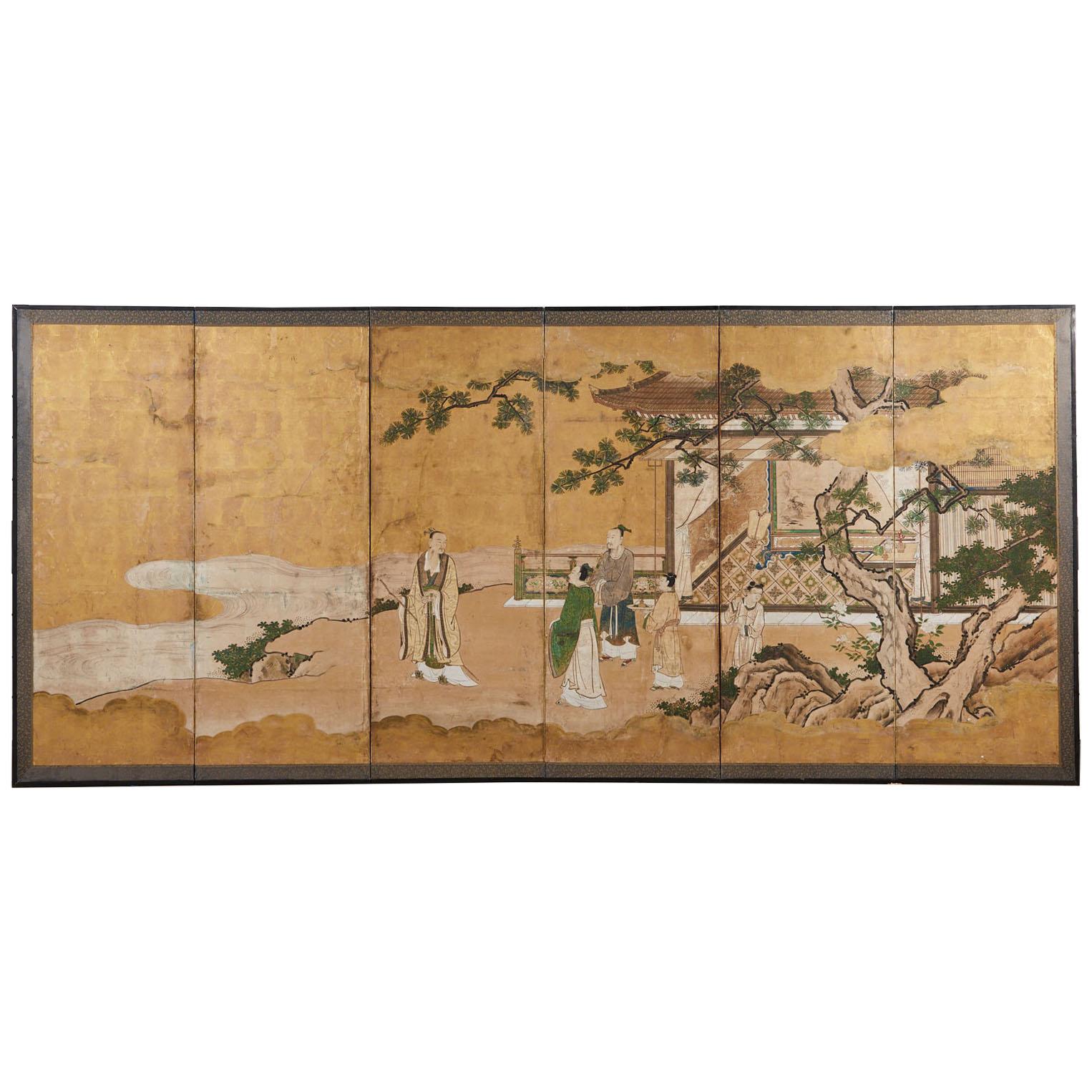 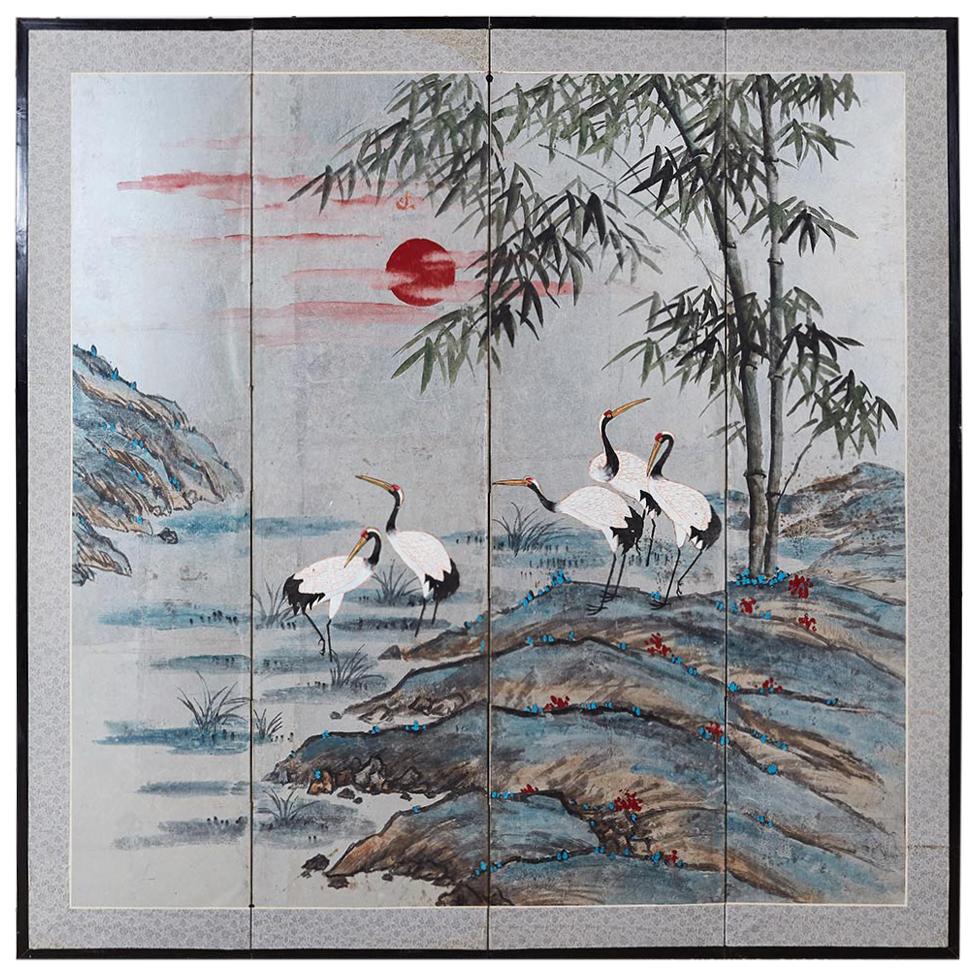 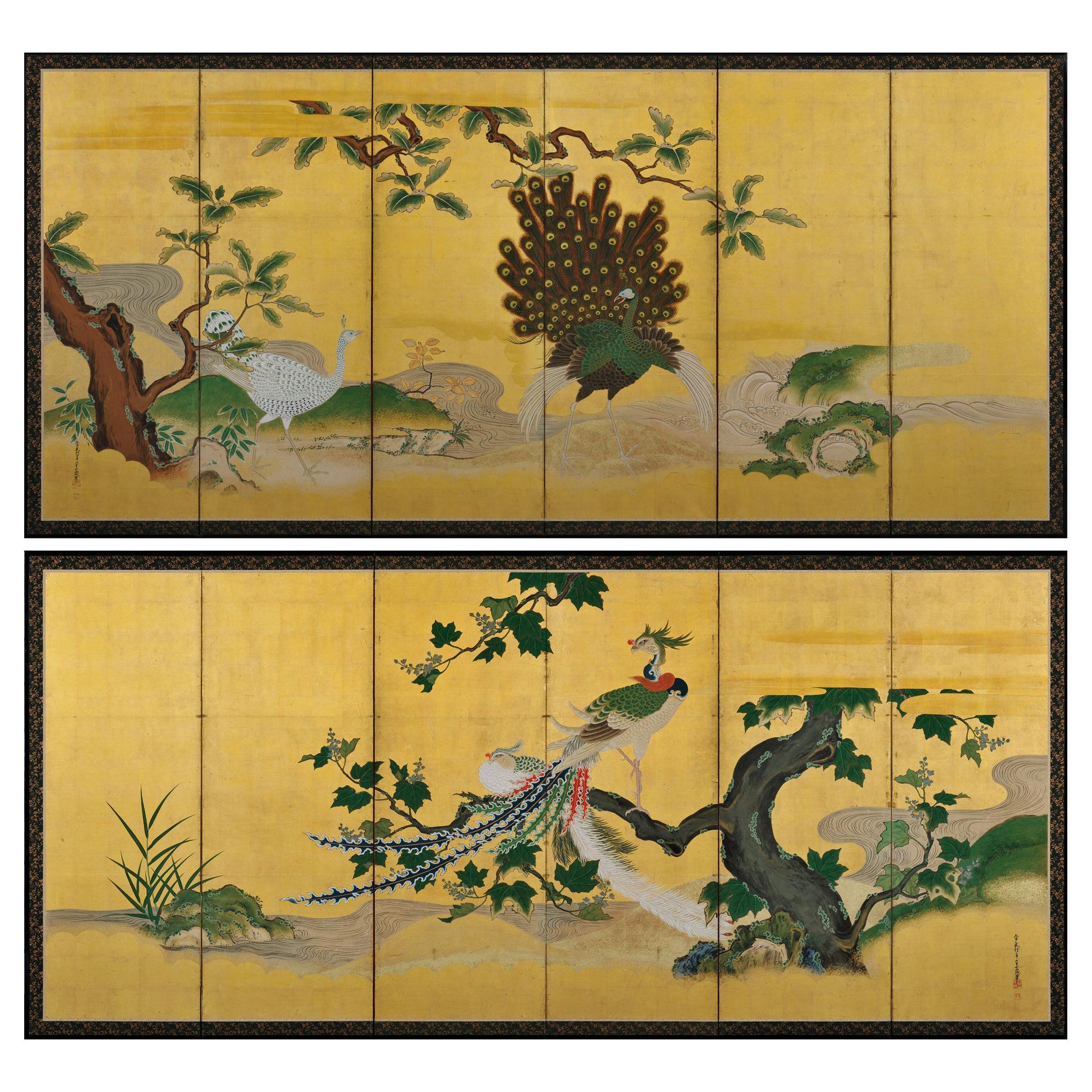 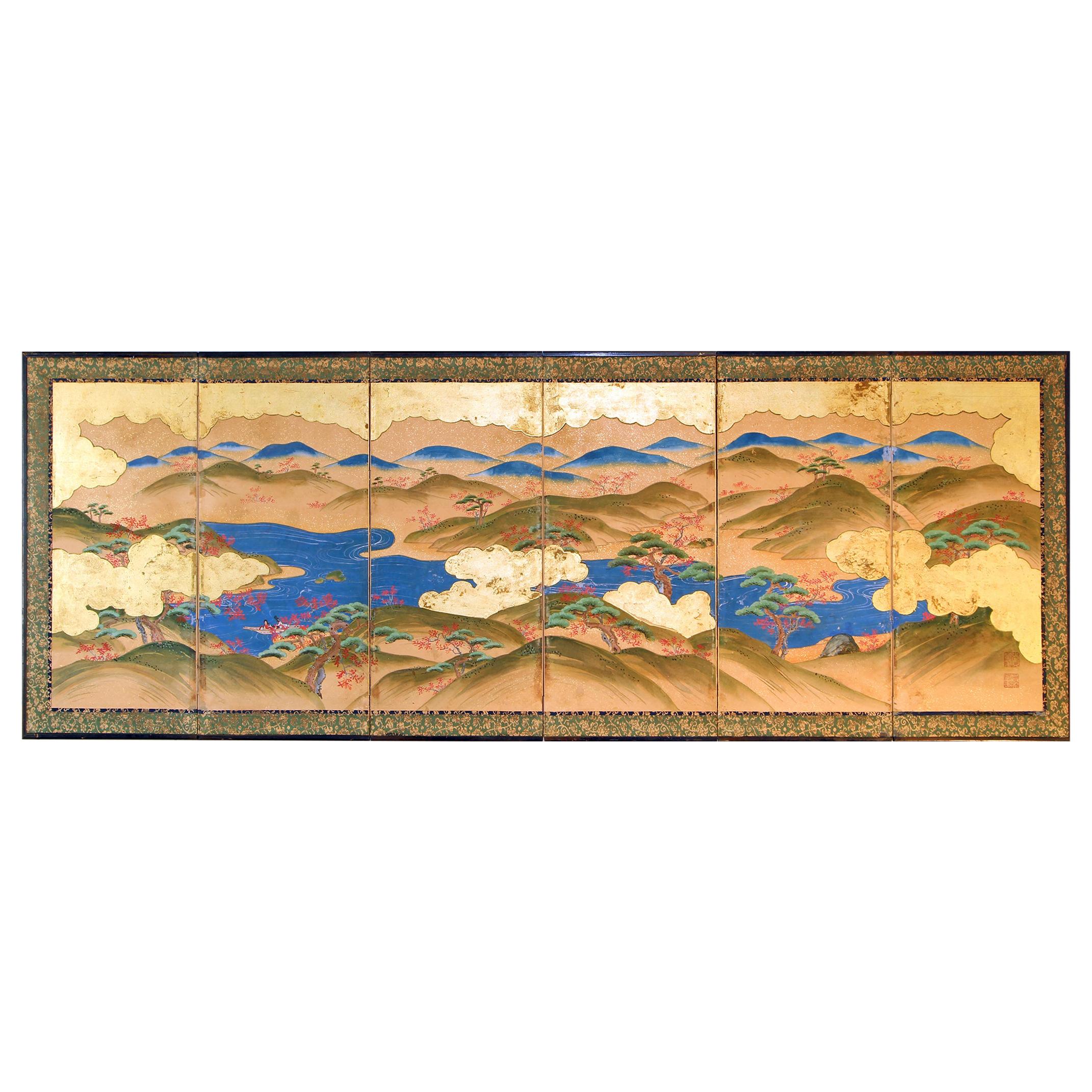 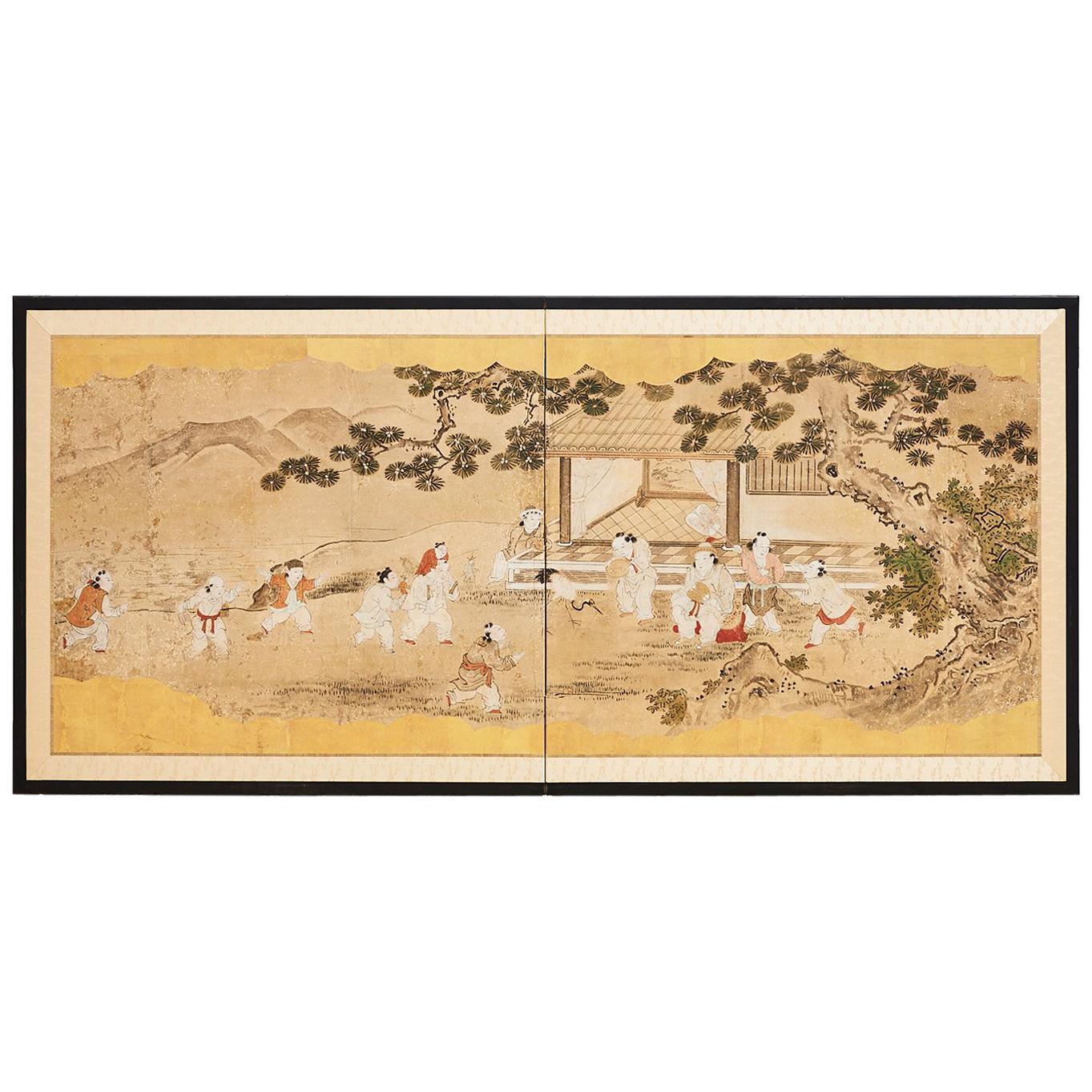 A stunning early Kano School six-panel folding screen, byobu, possibly by the Kano School master Kano Takanobu. The screen featuring scenes from Genji Monogatari, The Tale of Genji, the 11th century Japanese tale of court life and intrigue centered around Prince Genji and his various love interests. Mounted in a simple black lacquer frame. The bold colors, large-scale and fine painting are all typical of Kano school works. The large pine tree in the center, the staging of the figural procession and facial features of the figures, all bear a striking similarity to other works attributed to the Momoyama Era head of the Kano school, Kano Takanobu (1573–1615), strongly suggesting his involvement in this work as well. Provenance: Purchased by J. Graham Parsons at the Imperial Hotel, Tokyo in the 1930s, thence by descent. Reference: 1. Meeting between Emperor Wen and Fisherman Lü Shang in the collection of the Metropolitan Museum of Art, 2006.42.1, .2 2. Chinese immortals; Chinese figures by a riverbank, 1606, Christie's 15 September 2010, New York, lot 537.