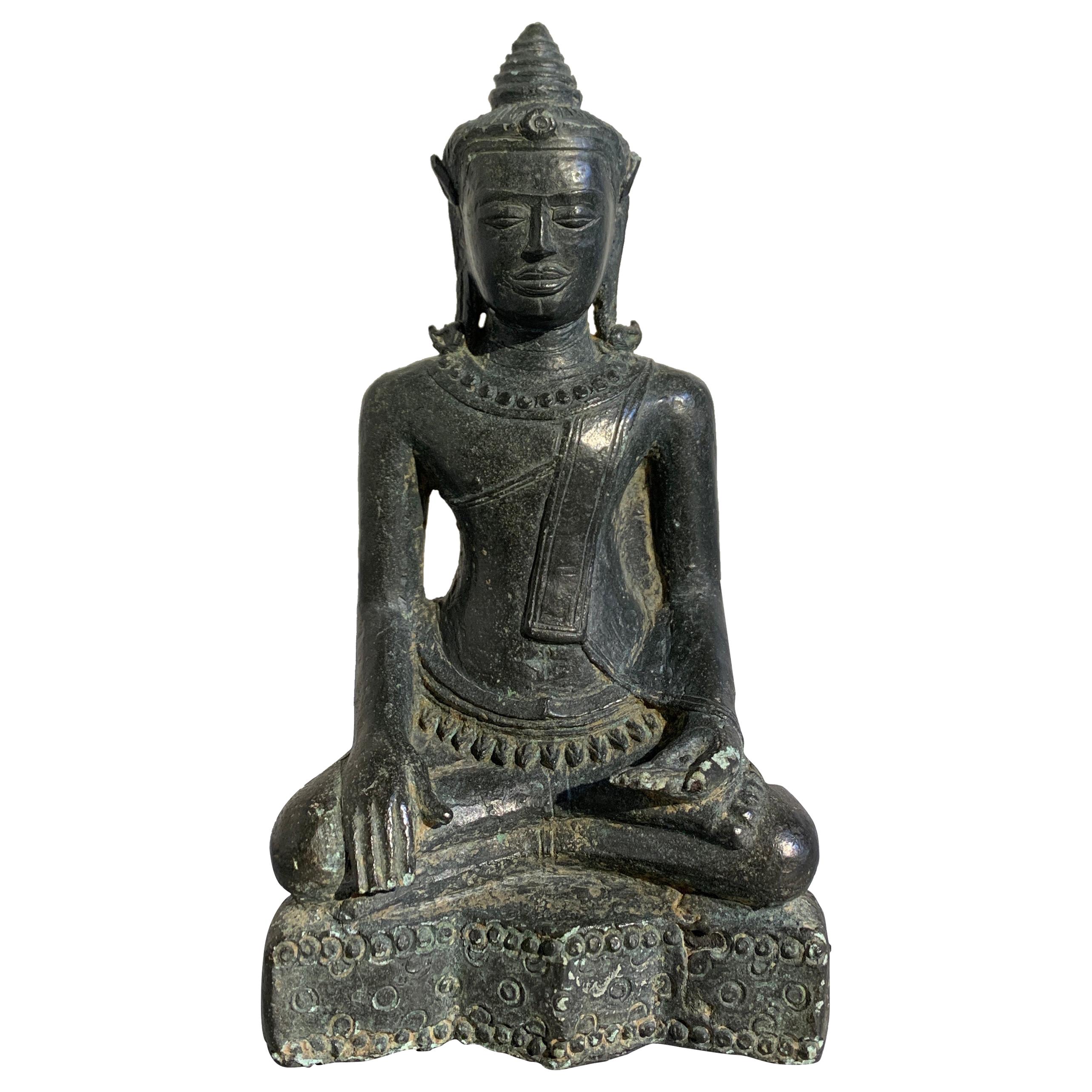 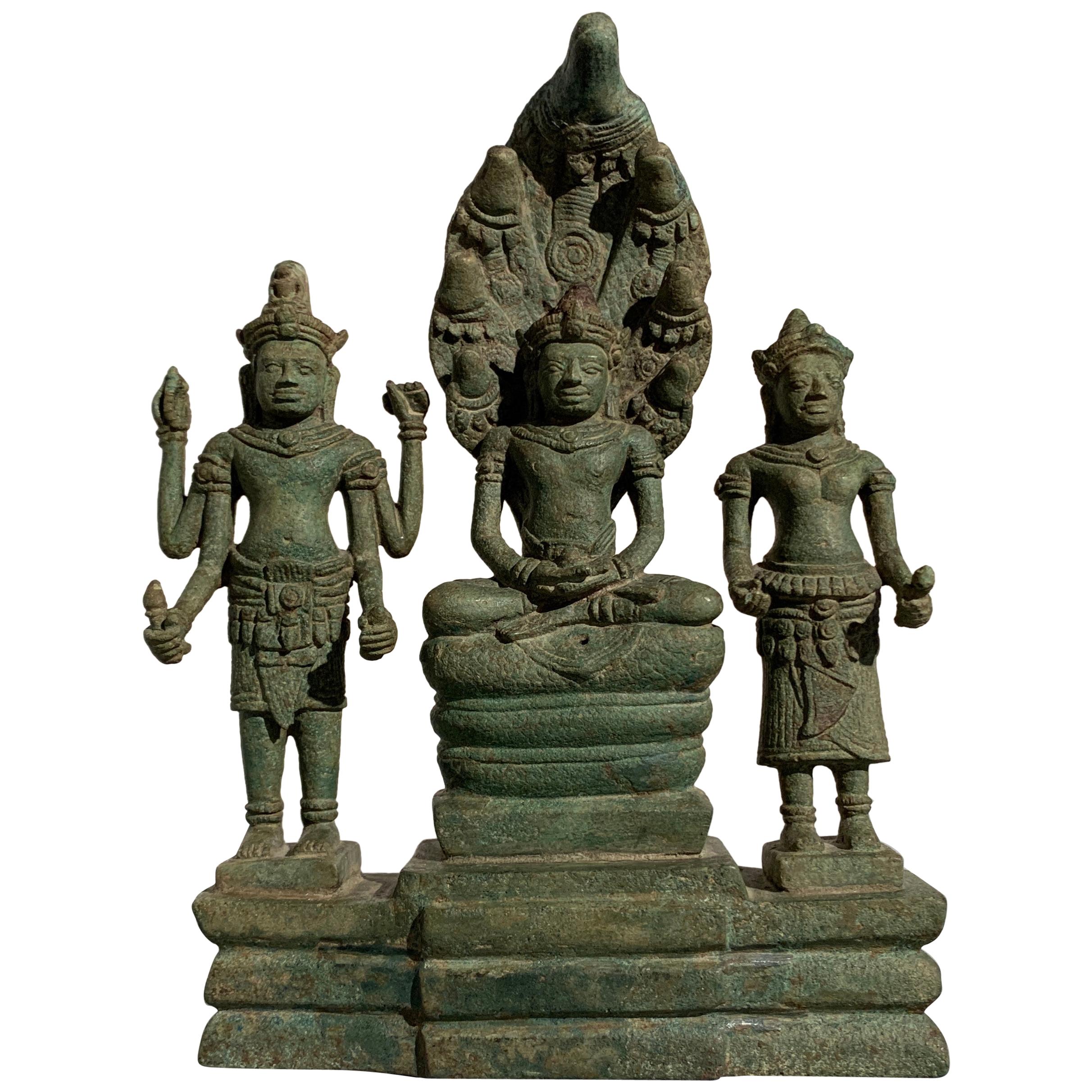 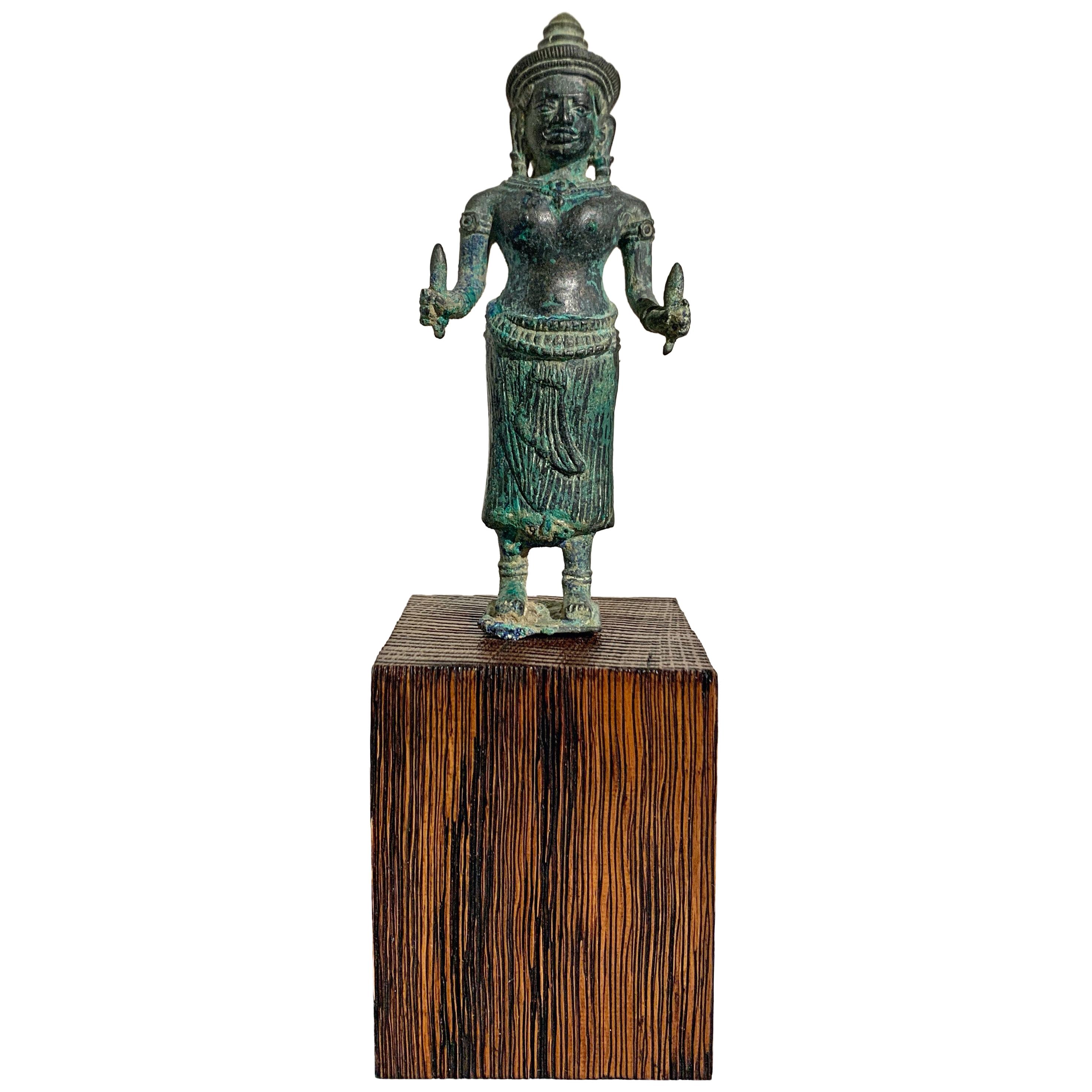 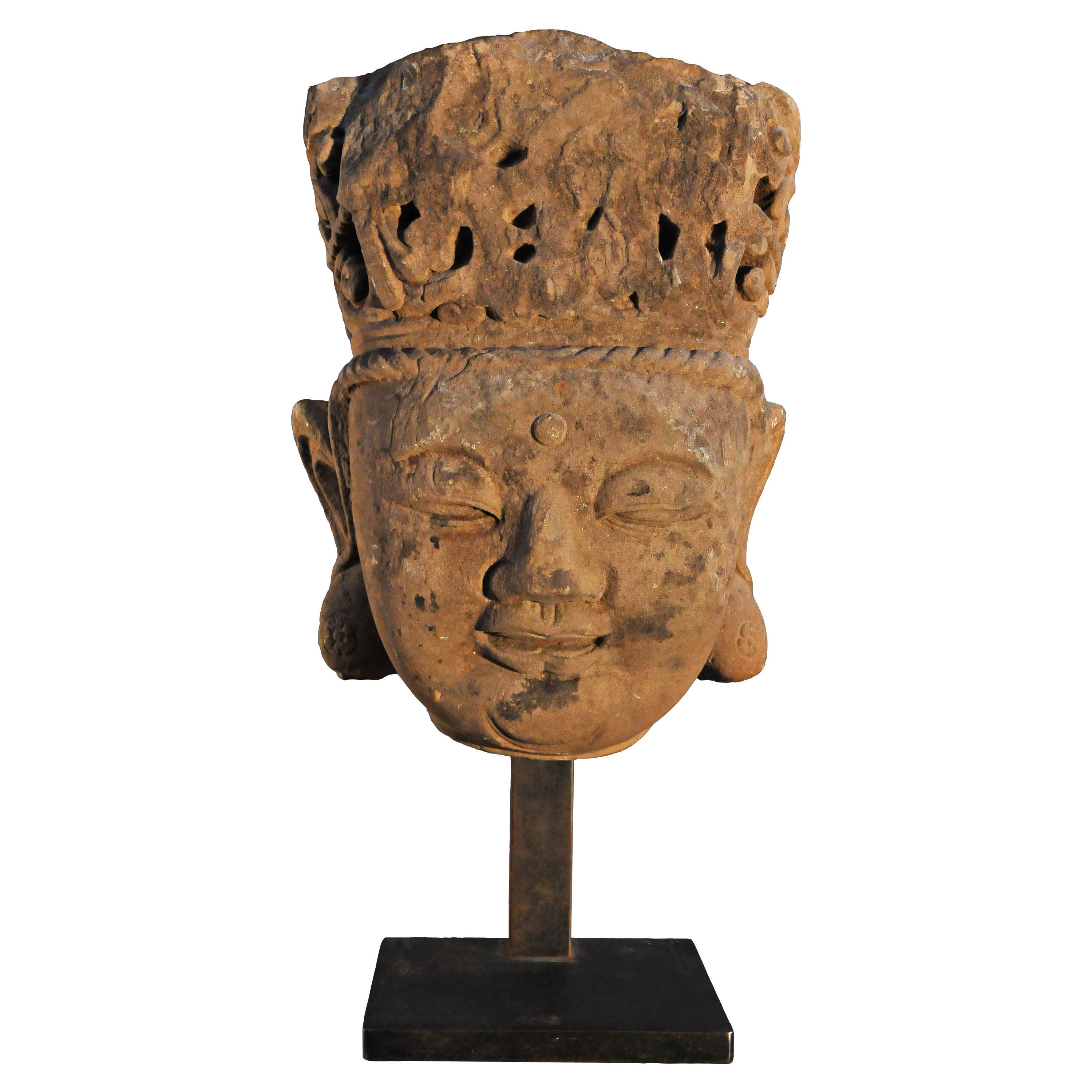 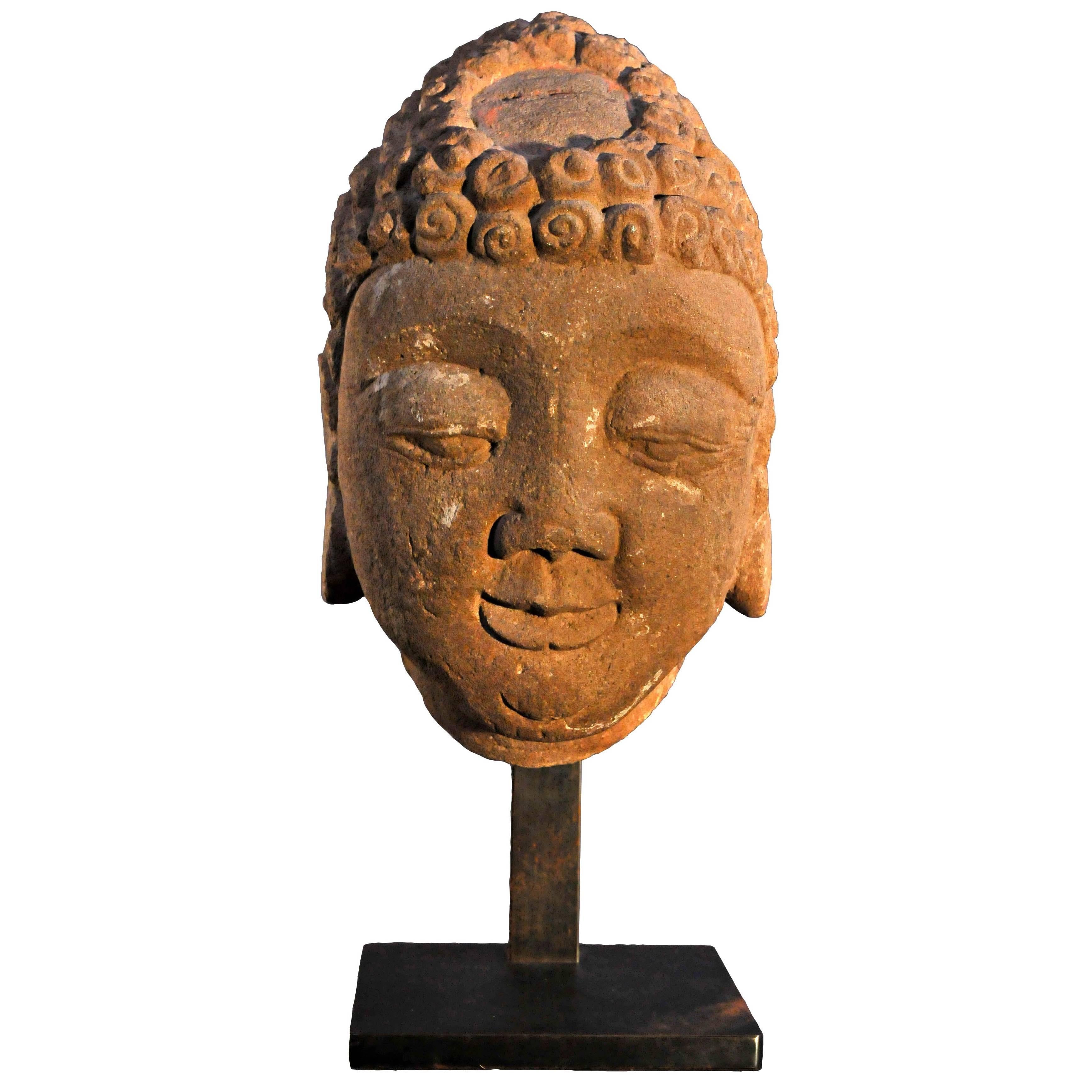 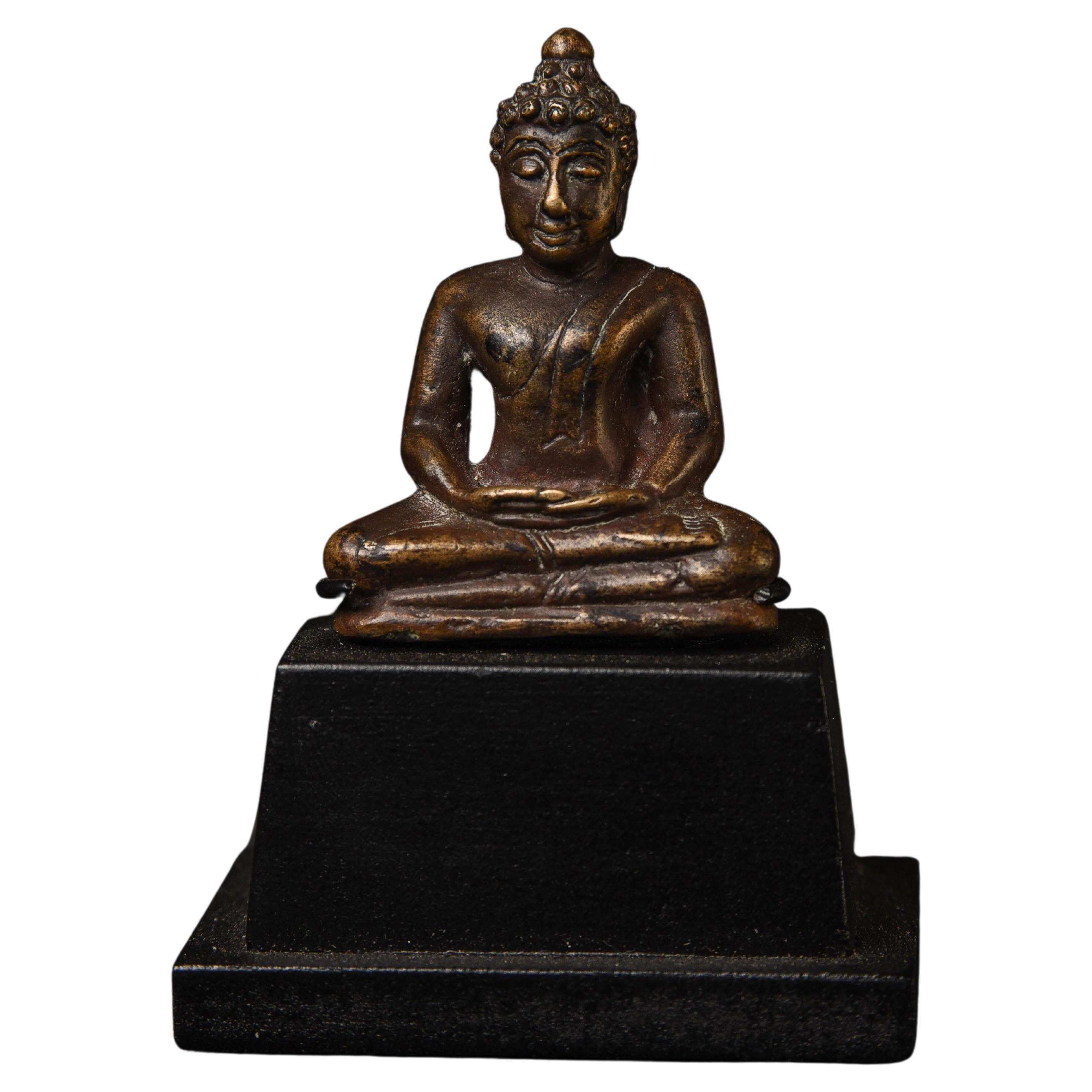 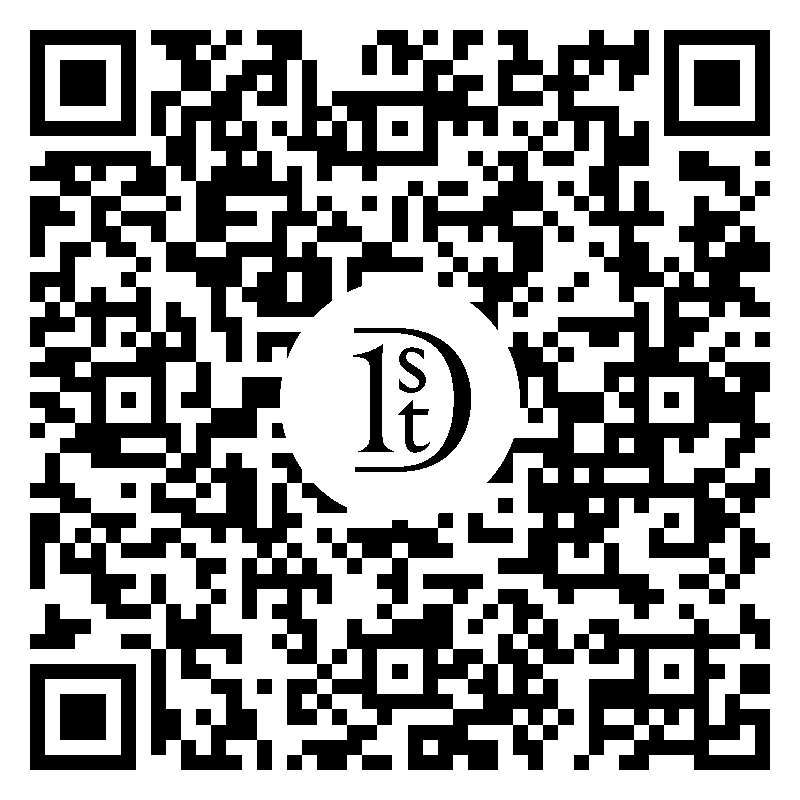 A charming and unusual cast bronze figure of the Hindu goddess Uma, Lopburi Style, 13th-14th century, Thailand. Uma, the Hindu goddess of love and beauty, also known as Parvati, is the consort of Shiva. She is portrayed here with somewhat elongated proportions, standing upright upon a short square plinth. Her torso and legs stretched, her arms impossibly skinny. Uma's face is quite fetching, with exaggerated almond shaped eyes, bold features, and a wide, welcoming smile. Her hair done up in a low chignon and secured by a three pointed diadem. Uma is dressed in a long, pleated sampot with a distinctive "fishtail" pleat to the front. A heavy jeweled belt with hanging pendants secures the sampot high on her narrowhips. Her torso is bare save for the large necklace around her neck, a pendant hanging between her small breasts. Uma holds an attribute in each of her outstretched hands. This piece would originally have been part of a larger Hindu triad. The bronze with a stunning overall silvery green patina. The back with areas of darker malachite blue. A collection number written on one side of the figure. Lopburi was a fascinating kingdom located in modern day central Thailand. Although independent, they were heavily influenced by the Khmer Angkor Empire, as is apparent in their art and architecture. However, later Lopburi artworks display a combination of both Khmer and early Thai characteristics, paving the way for a unique Thai Ayutthaya style in the late 14th century. 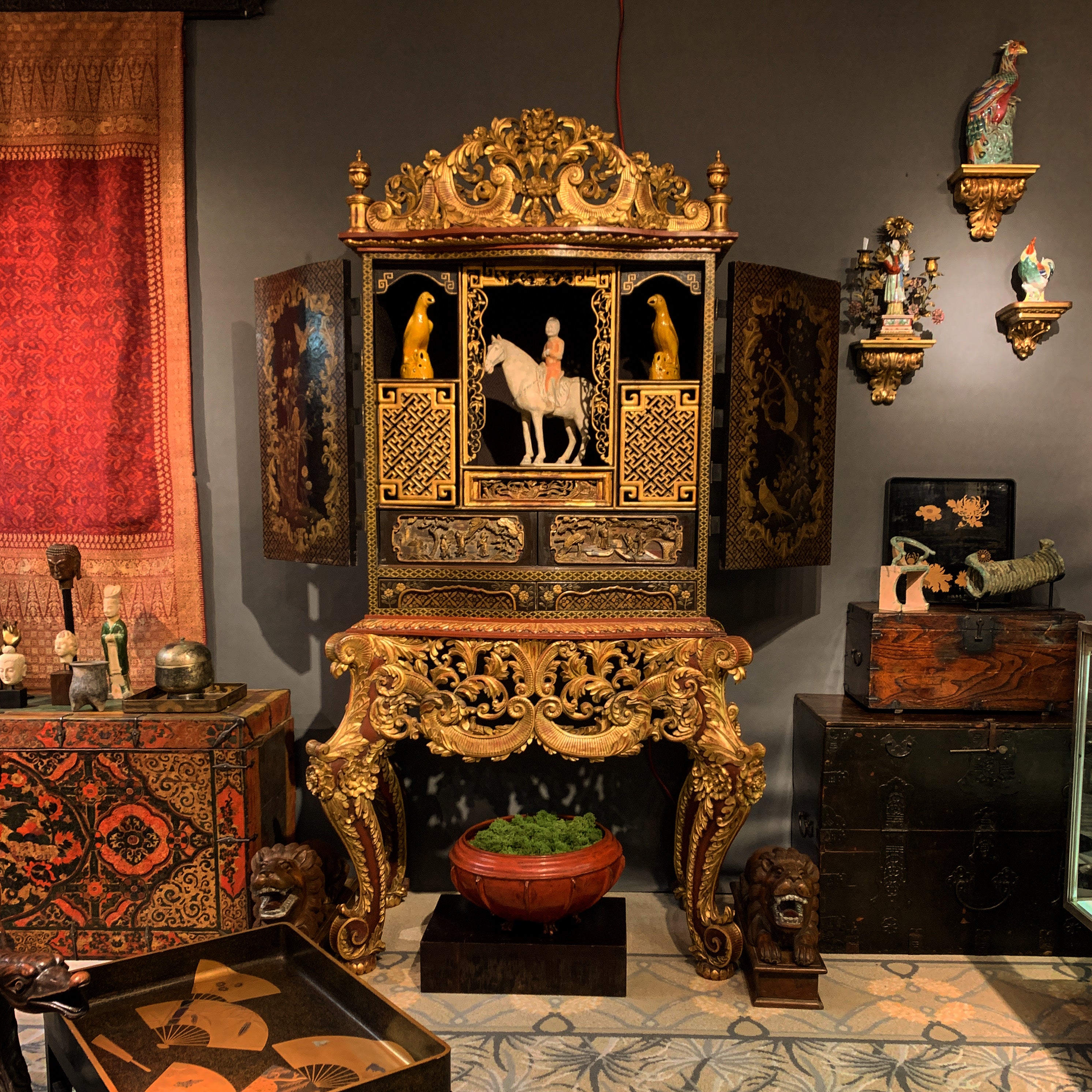 About the Seller
5.0
Located in Austin, TX

Founded in 2001, Lotus Gallery offers a carefully curated selection of furniture, jewelry, sculpture and works of art spanning millennia, continents and cultures. Although it seeks out beauty in all its forms, they specialize in Asian antiquities, especially Chinese pieces from the Han and Tang dynasties and chinoiserie. Based in Austin, Texas, Lotus Gallery caters to a worldwide clientele through their gallery and participation in fairs and shows throughout the year.

Diamond Seller
These expertly vetted sellers are 1stDibs' most experienced sellers and are rated highest by our customers.
Established in 2001
1stDibs seller since 2010
238 sales on 1stDibs
Typical response time: <1 hour
More From This Seller

14th Century, Stone Bodhisattva Head, Ming Dynasty, Art of China
Located in Central Hong-Kong, HK
A high place of Buddhism, China is particularly interested in the images of the Buddha and those of his divinities. The Chinese sculptors have thus developed a sacred art of an a...
Category

$13,800
Antique Near Miniature Thai Solid Cast Bronze Buddha, 5999
Located in Ukiah, CA
Superb 19/20thC (or possibly earlier) Thai solid cast bronze Buddha. Very hard to date this type, but probably close to 100 years old. It was sold to me as being from the eighteenth...
Category

$1,750
Late 14th Century, Stone Buddha Head, Yuan Dynasty, Art of China
Located in Central Hong-Kong, HK
The Mongols sought the knowledge and power of Buddhism practice during their conquest of regions in Central Asia. When Kublai Khan became the emperor of China, like his successors, h...
Category

$35,750 Sale Price
20% Off
Late 14th Century, Marble Statue of Prah Mae Torani, Pagan Period, Art of Burma
Located in Central Hong-Kong, HK
The peculiarity of the Mahayana Buddhism known as the "Great Vehicle" was to have welcomed within it divine entities that were foreign to it. Thus it is not surprising to see in the ...
Category