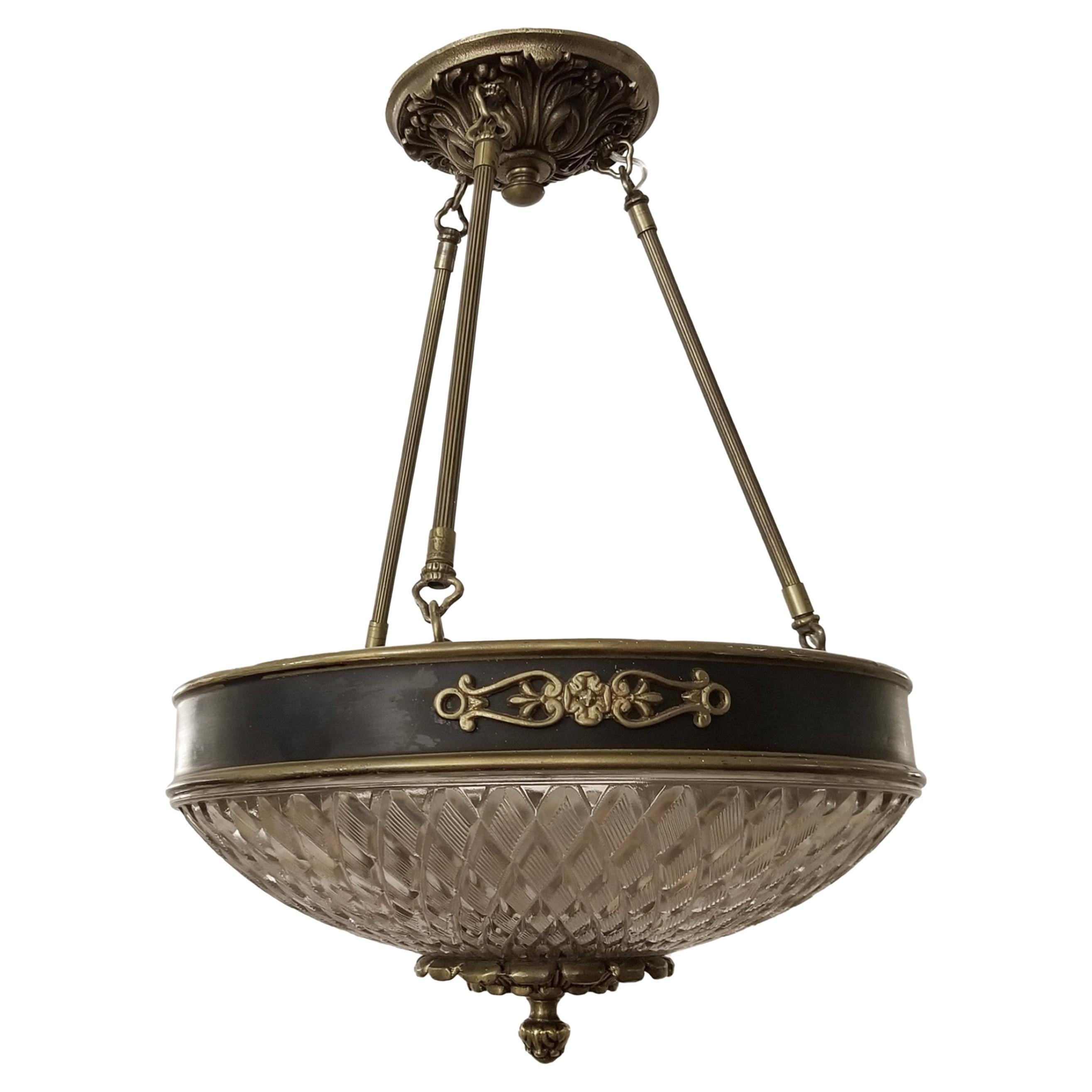 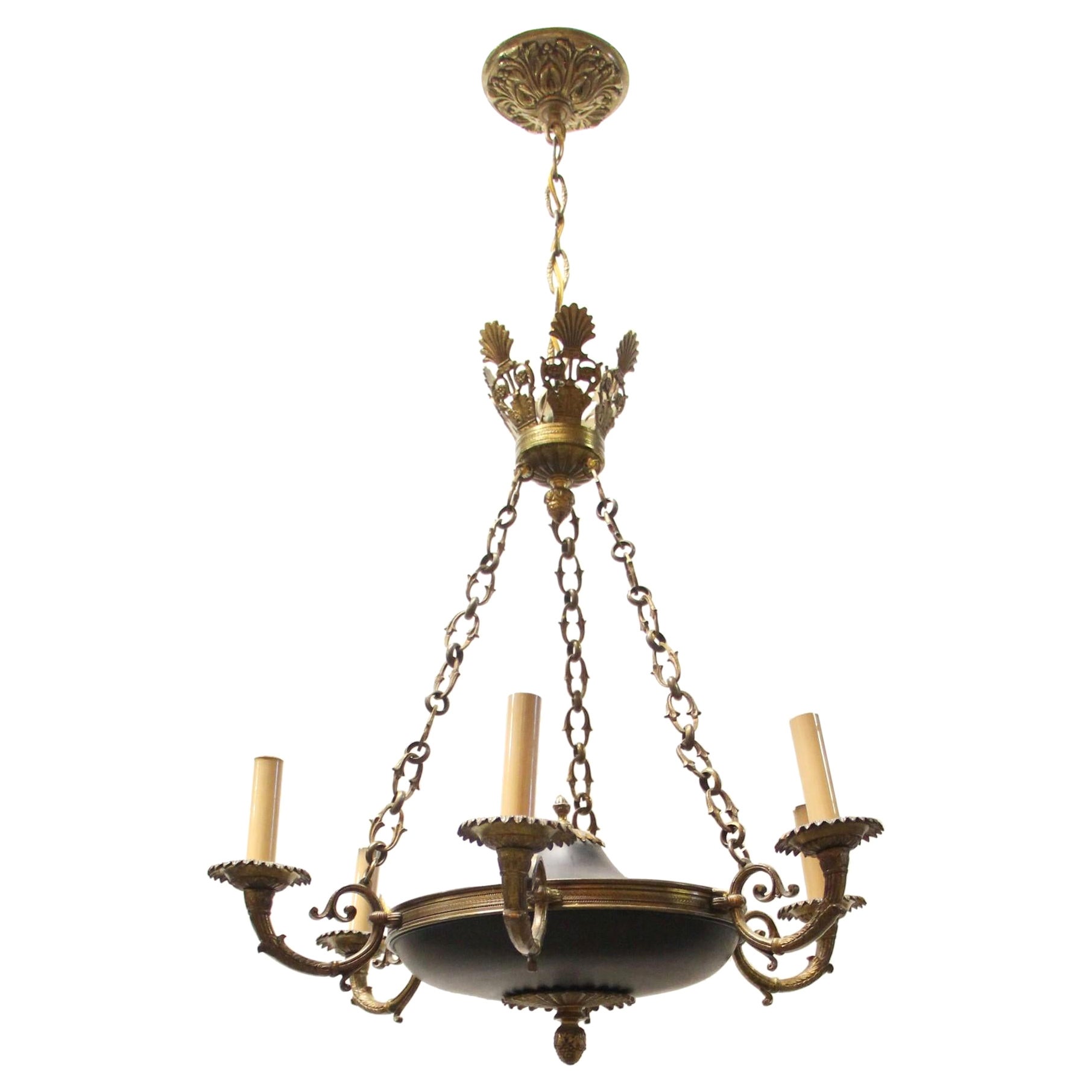 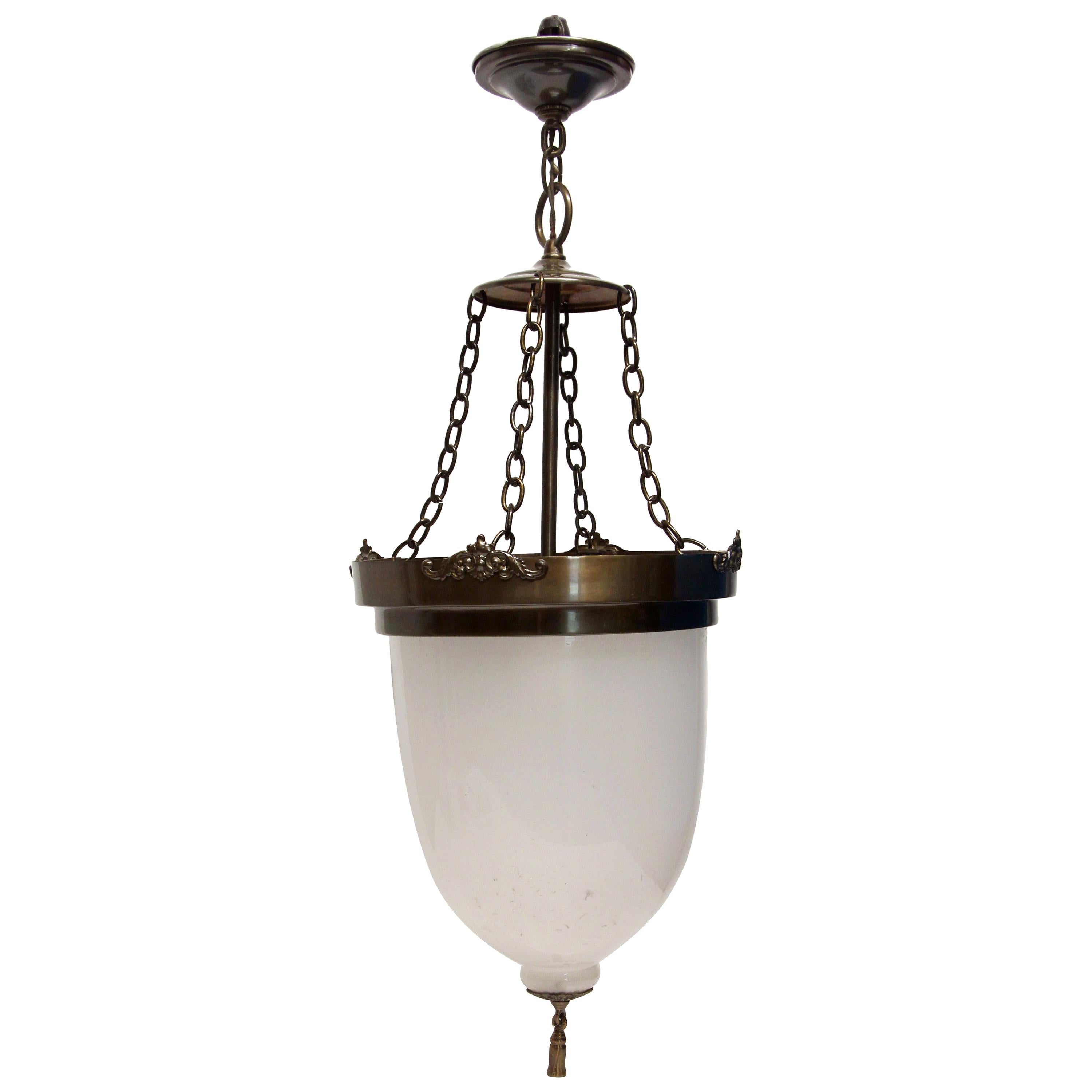 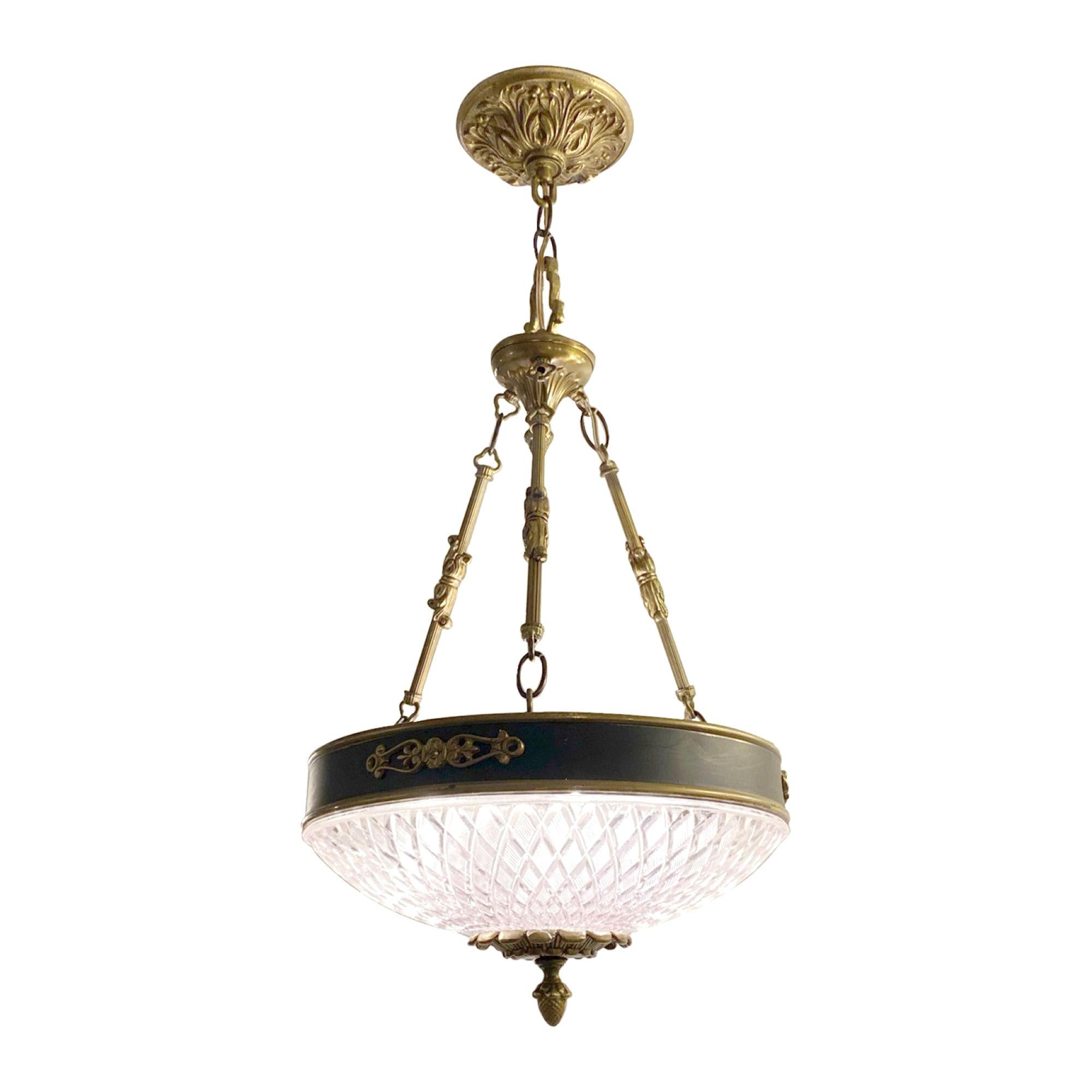 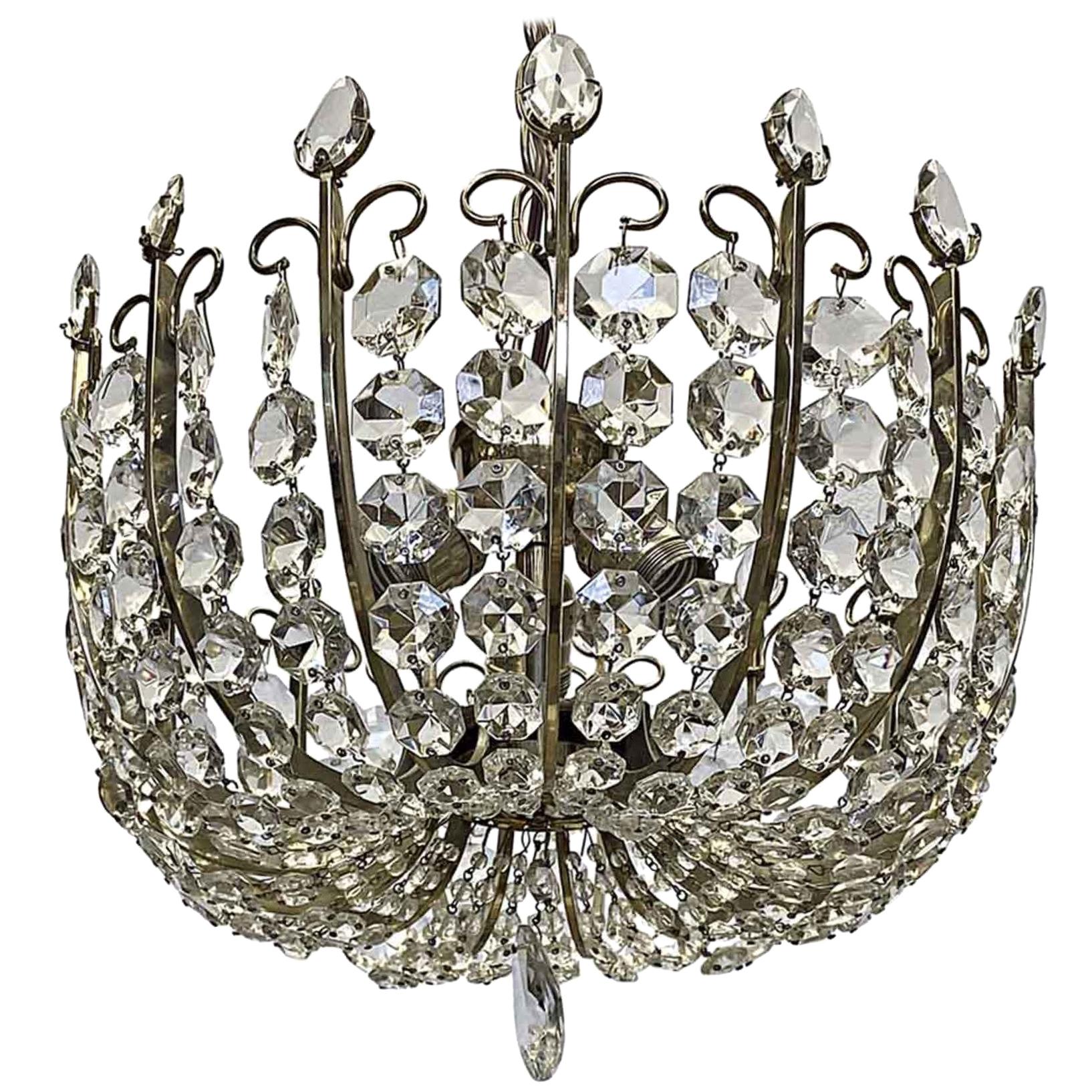 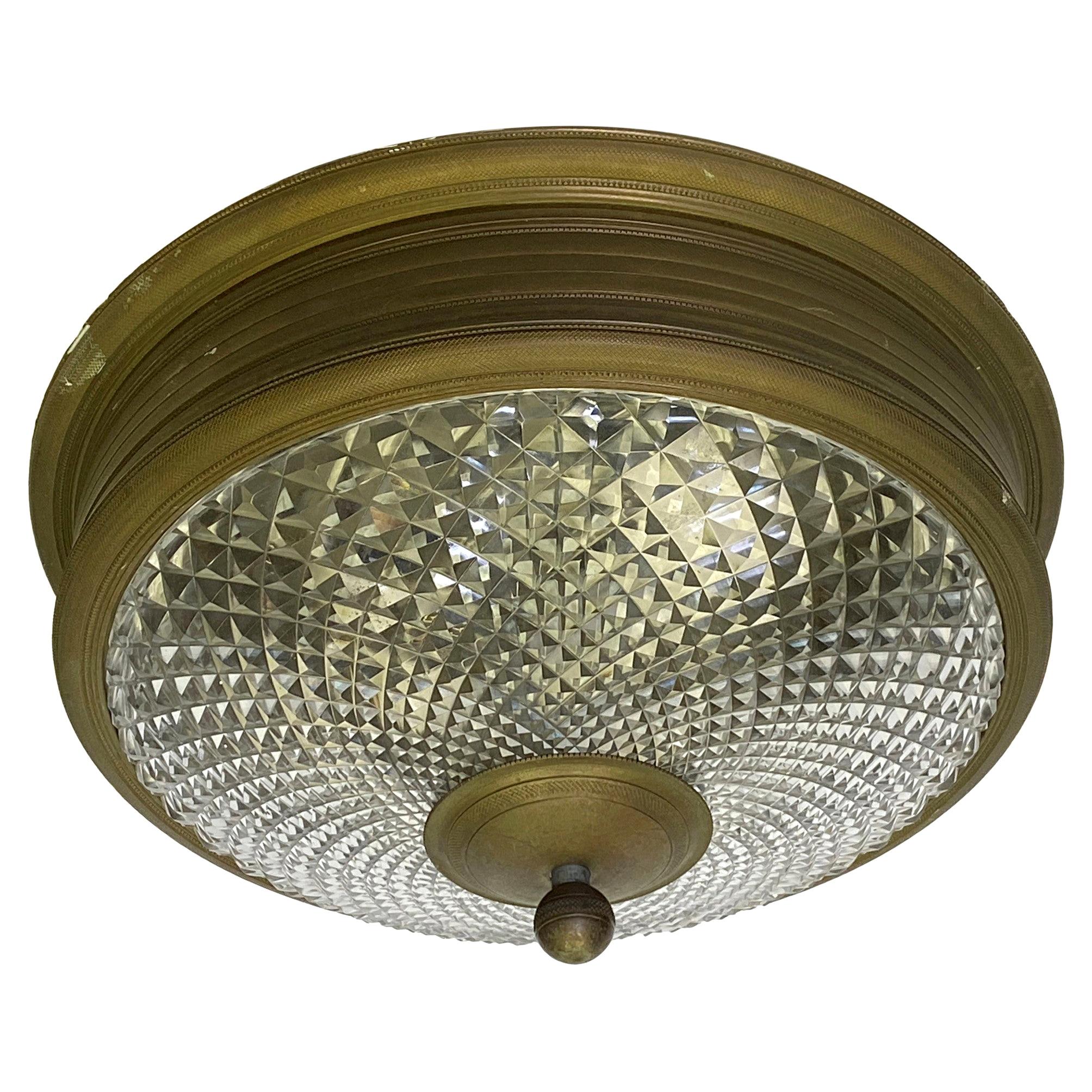 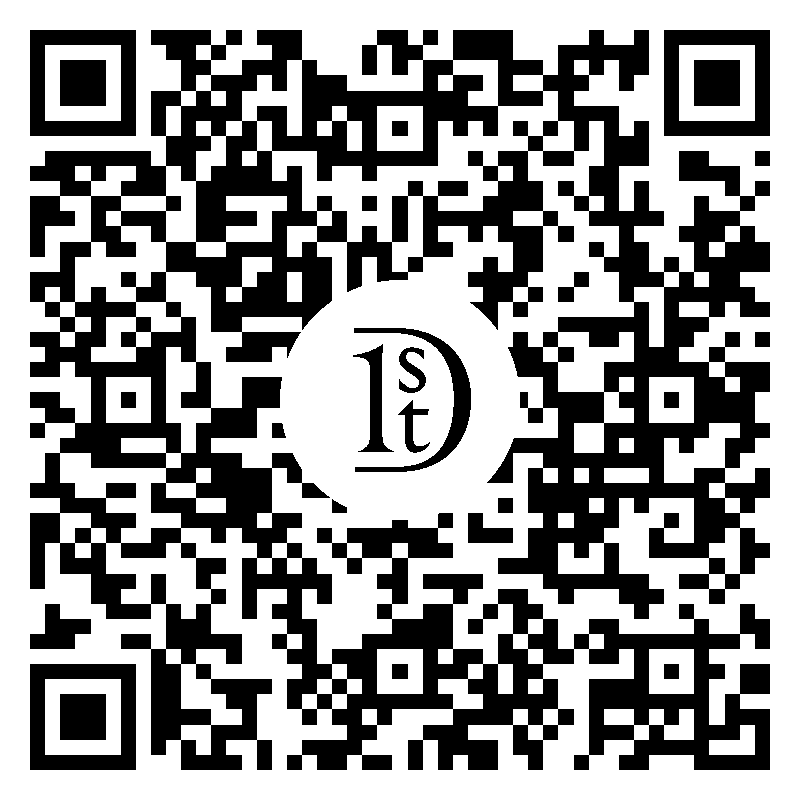 These are the original 20th century EF Caldwell bell jar fixtures from the 41st floor corridor of the Towers of the Waldorf Astoria Hotel. They are signed Caldwell. Some of the shades have a soft purple hue. Early glass had manganese, which turns color with time and exposure to the sun. Please request either white etched glass or glass with a purple hue. Waldorf Astoria authenticity card included with your purchase. Small quantity available at time of posting. Please inquire. Priced each. This can be seen at our 2420 Broadway location on the upper west side in Manhattan. 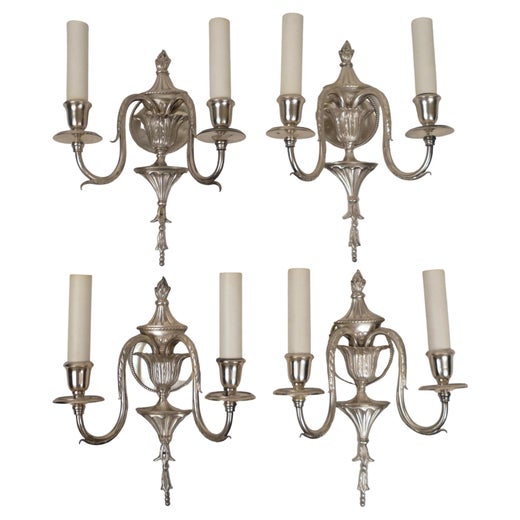 Edward F. Caldwell & Co. was among America’s preeminent lighting manufacturers of the late 19th to the mid-20th centuries, illuminating the halls and ceilings of some of the most notable buildings in the United States. In addition to St. Patrick’s Cathedral in New York City and the White House in Washington, D.C., the company’s masterful light fixtures also adorn the homes of some historically prominent figures, such as J.P. Morgan and Phillip Lehman.

The firm was founded in 1895 by American Edward F. Caldwell and Victor F. von Lossberg, a Latvia native who was raised in Russia. The founders became acquainted while working at Archer & Pancoast Manufacturing Company of New York, which produced gas lighting fixtures.

In 1901 Edward F. Caldwell & Co. opened a foundry, where the owners and the lighting artisans they recruited could explore a range of metalworking techniques and design styles. Caldwell and von Lossberg quickly rose to the top of the electric light manufacturing business with their shared vision, choosing to deliver quality elegant fixtures that frequently drew on historic European designs. The firm produced magnificent lighting pieces, as well as finely crafted decorative objects and mirrors. Their neoclassical designs borrowed heavily from Baroque and Rococo styles — Edward F. Caldwell & Co. also devised Art Deco fixtures during the 1920s — and favored bronze, silver, iron, copper and brass as their primary materials.

With construction on the rise in New York in the early 1900s, not many outfits could take on large-scale lighting contracts. With over 1,000 employees, Edward F. Caldwell & Co. could take on heavy commissions.

After Caldwell died in 1914, von Lossberg carried the company until he died in 1942. Edward F. Caldwell & Co. closed its doors owing to financial troubles in 1959.

Today manufacturer’s work can be seen all across New York City — including at the Bank of Manhattan and the famous Waldorf Astoria hotel — and Edward F. Caldwell & Co. creations are highly sought after by lighting and decor enthusiasts.

About the Seller
5.0
Located in New York, NY
Vetted Seller
These experienced sellers undergo a comprehensive evaluation by our team of in-house experts.
Established in 2002
1stDibs seller since 2013
942 sales on 1stDibs
Typical response time: <1 hour
More From This Seller

$1,295
Large E.F. Caldwell Gilt Bronze and White Glass Pendant Light
By Edward F. Caldwell & Co.
Located in Canton, MA
A Federal style pendant lantern with opalescent glass and patinated bronze with gilt bronze details. It is of a scale appropriate for an institutional or otherwise large and stately ...
Category

$4,250
Bell Jar Chocolate Handblown Modern Glass Pendant Light, Made in the USA
By Niche
Located in Beacon, NY
Celebrating iconic design, the Bell jar and its sleeker companion, the Bella, cast glorious beams of light that are as warm as they are welcoming. Every single glass pendant light th...
Category

$1,095 / item
Bell Jar Amber Handblown Modern Glass Pendant Light, Made in the USA
By Niche
Located in Beacon, NY
Celebrating iconic design, the bell jar and its sleeker companion, the bella, cast glorious beams of light that are as warm as they are welcoming. Every single glass pendant light th...
Category