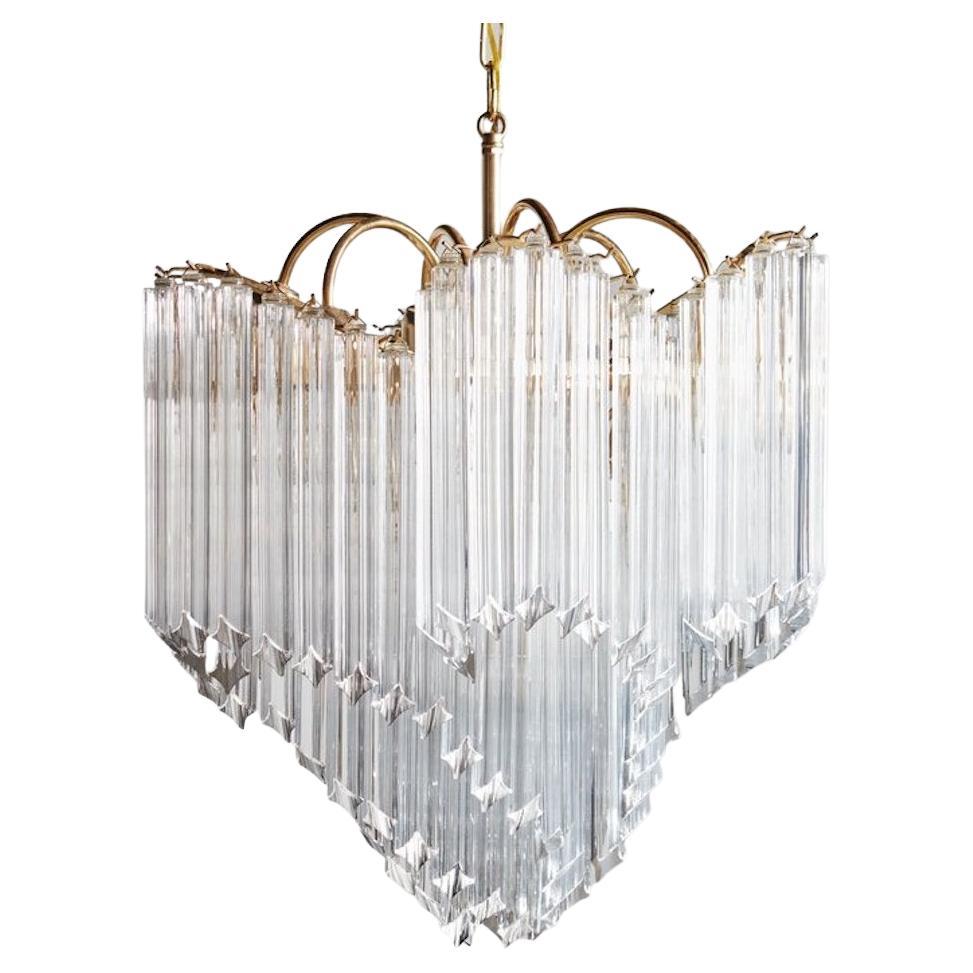 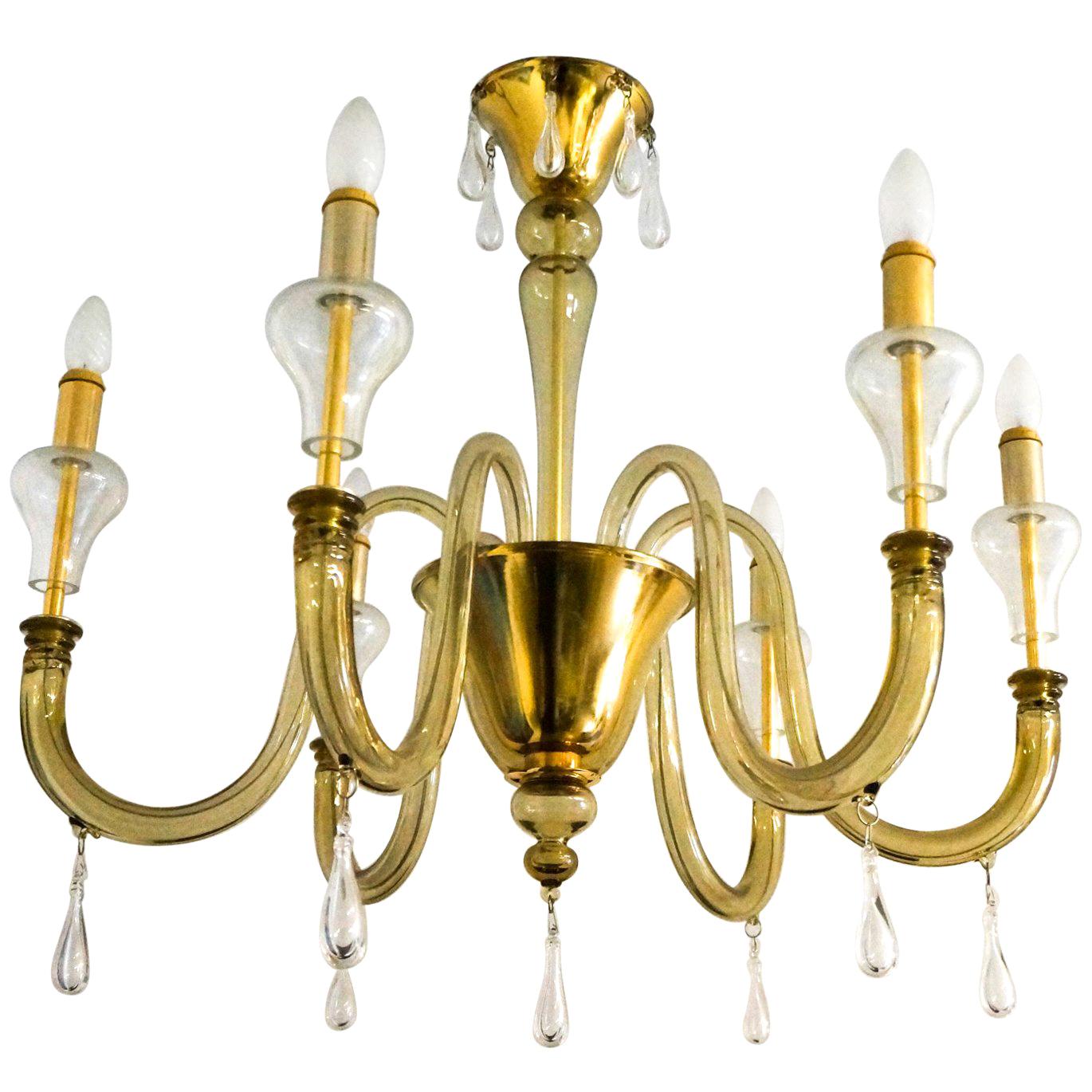 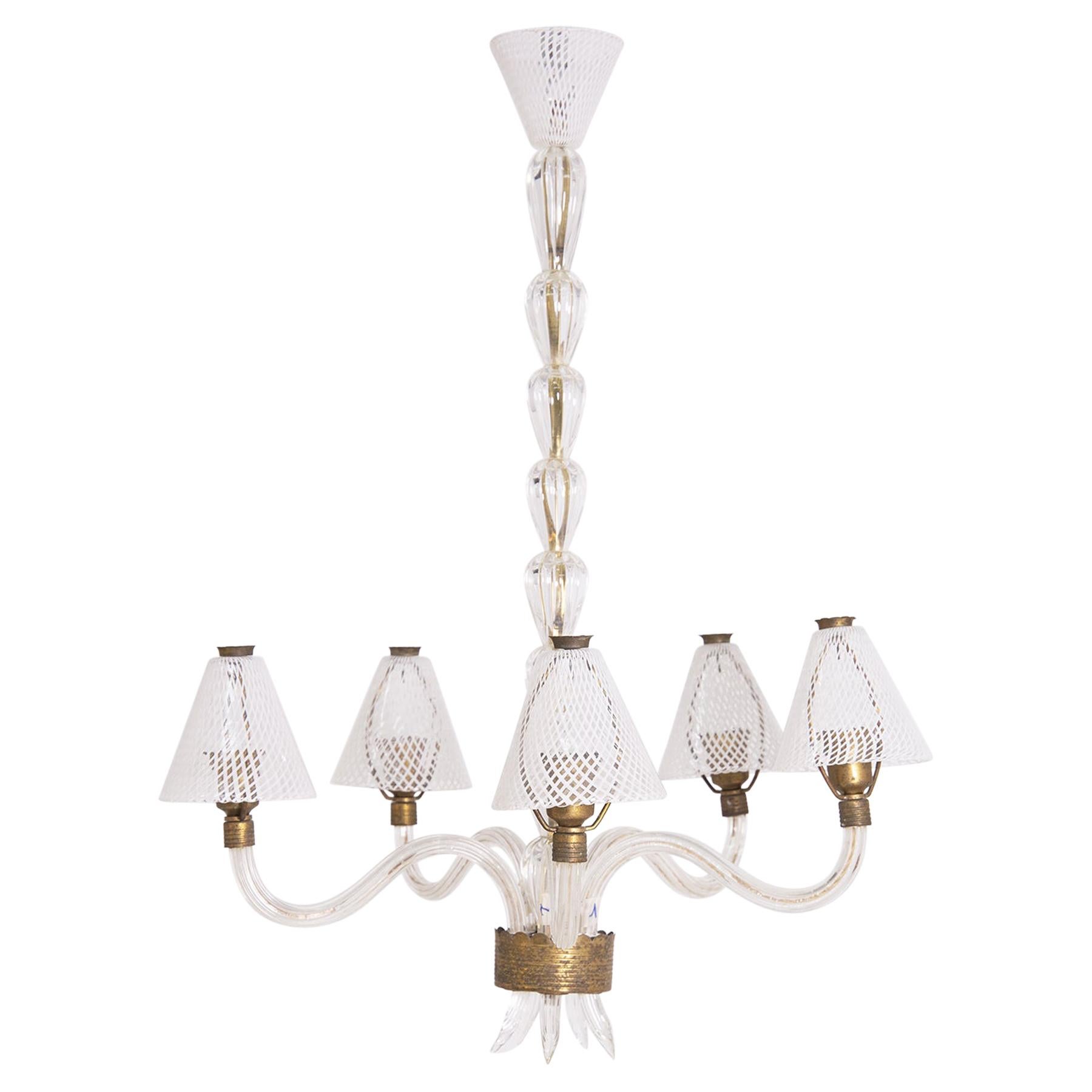 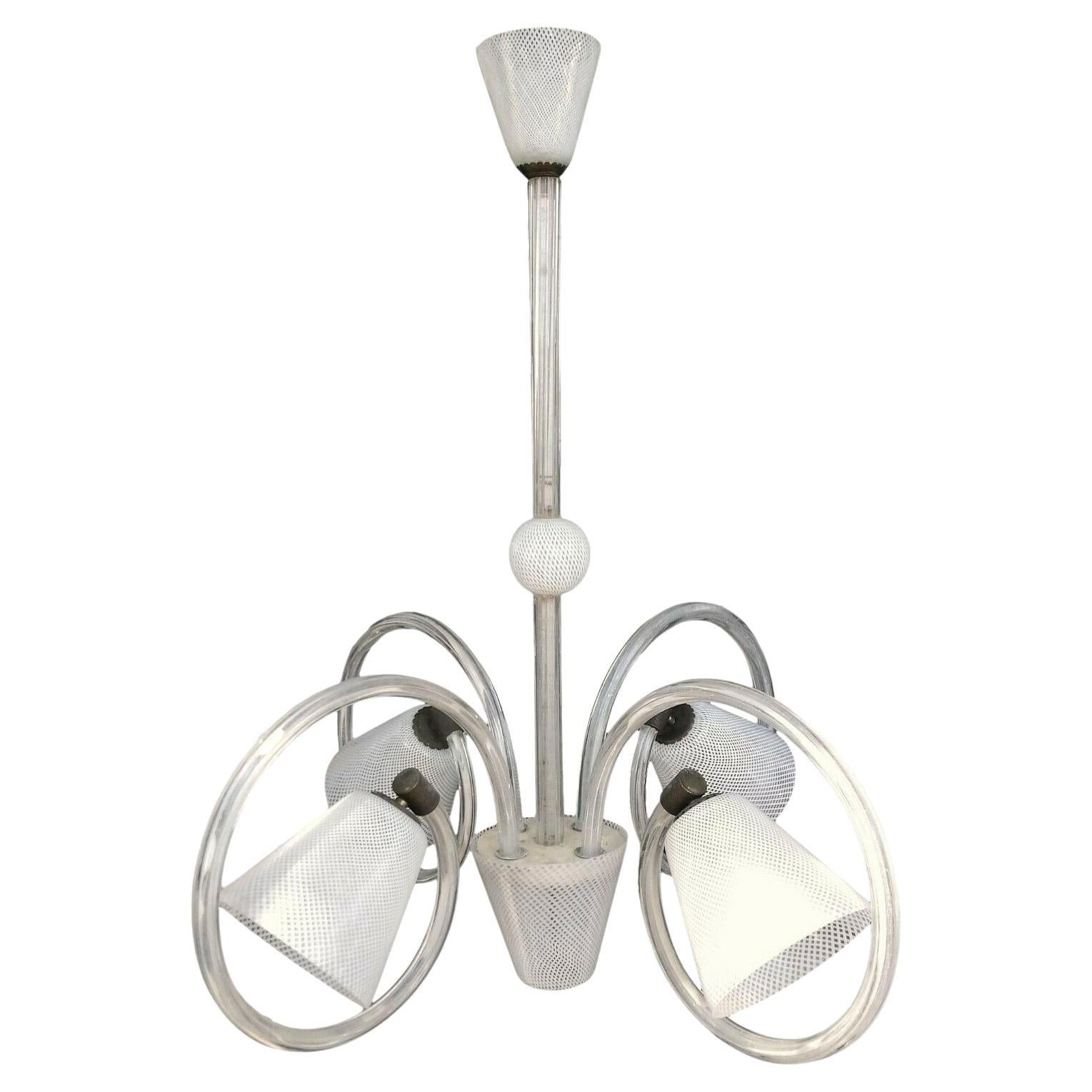 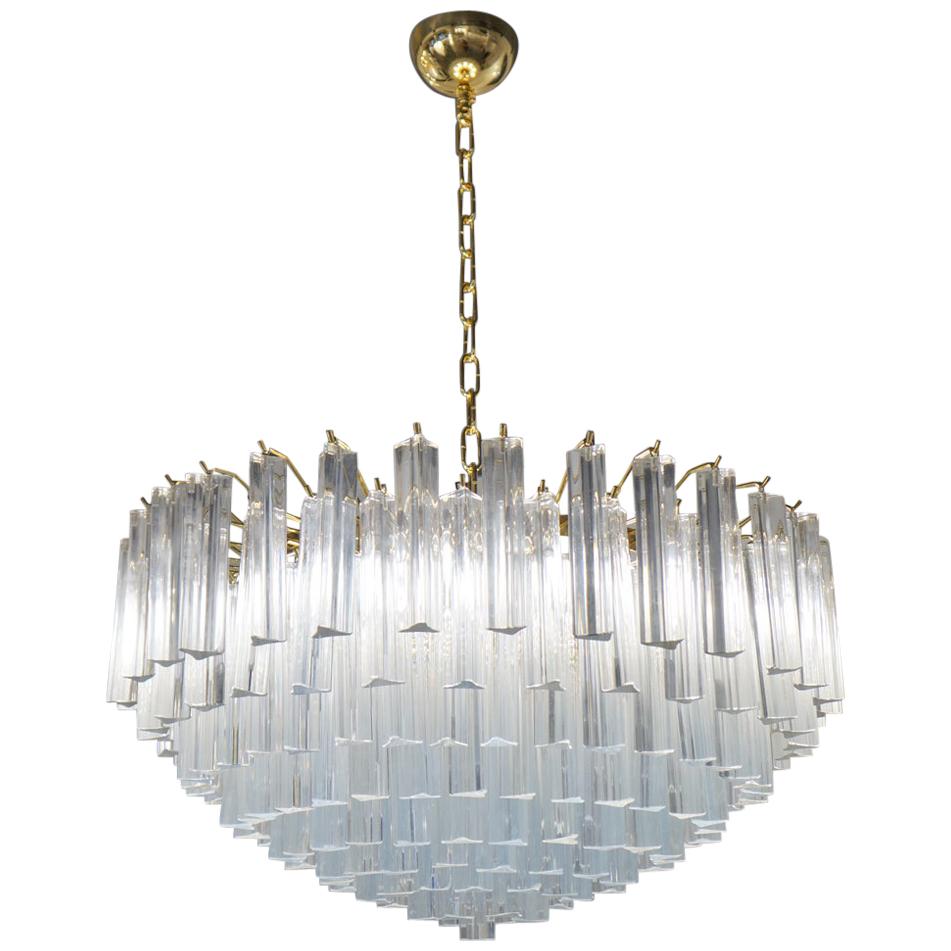 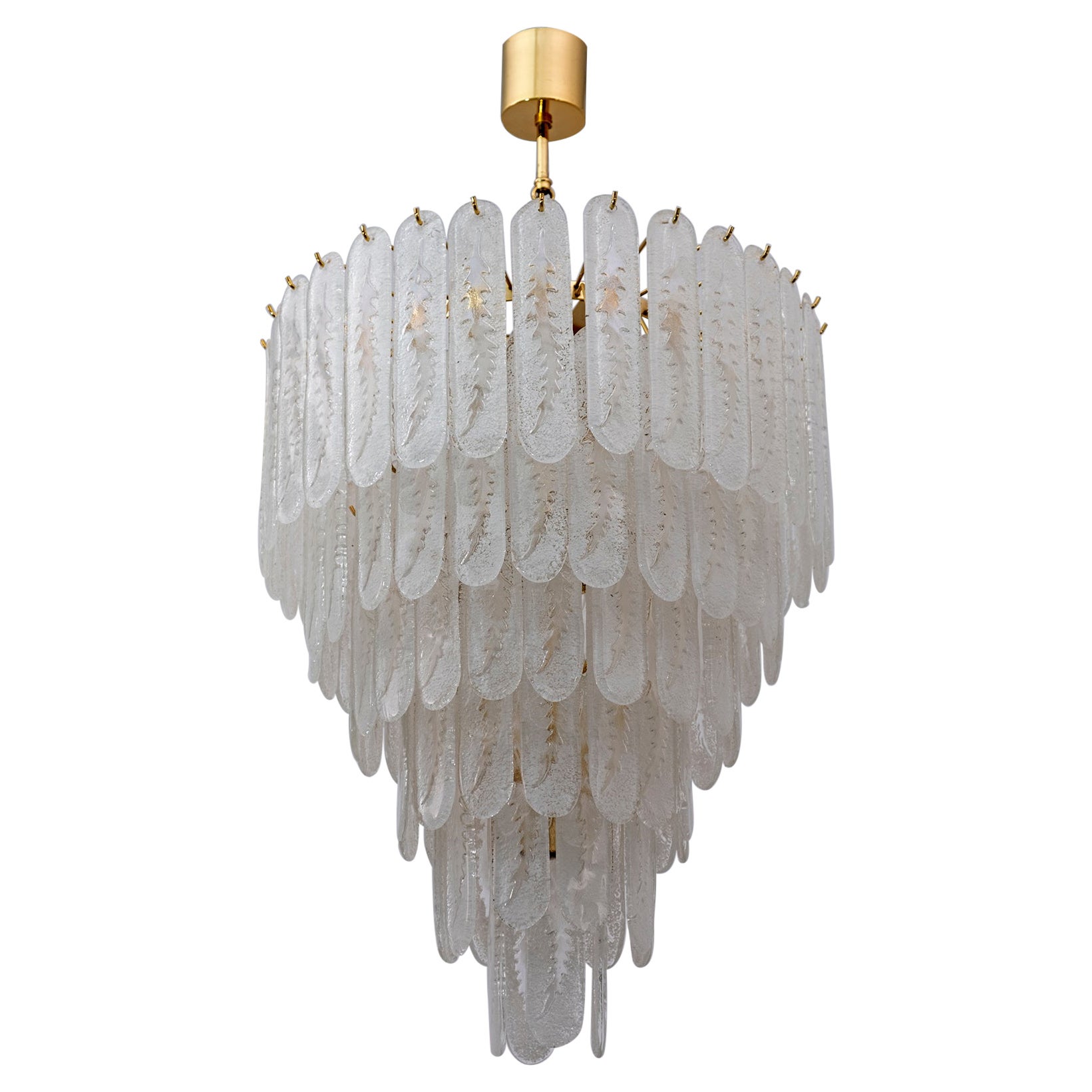 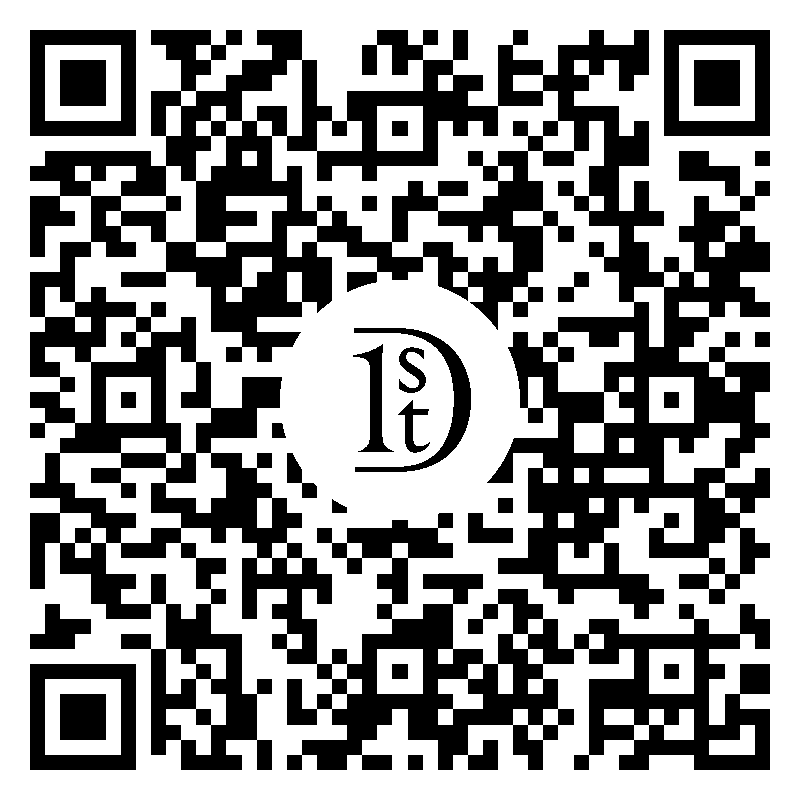 Amazing midcentury "Reticello" white and crystal Murano glass chandelier. This wonderful item was produced in Italy during the 1970s by Venini. This is an exceptionally beautiful chandelier because of the state of the piece, the size of the light but especially the subtlety of the reticello. An amazing piece of endless elegance lighting that will match perfectly to an art deco or midcentury living room or entrance hall. Reticello which translates into "small reticles", is an Italian decorative glassblowing technique. This method involves canes organized in a crossed pattern to form a fine net. If done the traditional way, small air bubbles will be trapped in a grid pattern between the crossing canes. Scarpa was born in Venice. Much of his early childhood was spent in Vicenza, where his family relocated when he was 2 years old. After his mother's death when he was 13, he moved with his father and brother back to Venice. Carlo attended the Academy of Fine Arts where he focused on architectural studies. Graduated from the Accademia in Venice, with the title of Professor of Architecture, he apprenticed with the architect Francesco Rinaldo. Scarpa married Rinaldo's niece, Nini Lazzari (Onorina Lazzari). However, Scarpa refused to sit the pro forma professional exam administrated by the Italian Government after World War II. As a consequence, he was not permitted to practice architecture without associating with an architect. Hence, those who worked with him, his clients, associates, craftspersons, called him "Professor", rather than "architect". His architecture is deeply sensitive to the changes of time, from seasons to history, rooted in a sensuous material imagination. He was Mario Botta's thesis adviser along with Giuseppe Mazzariol; the latter was the Director of the Fondazione Querini Stampalia when Scarpa completed his renovation and garden for that institution. Scarpa taught drawing and Interior Decoration at the "Istituto universitario di architettura di Venezia" from the late 1940s until his death. While most of his built work is located in the Veneto, he made designs of landscapes, gardens, and buildings, for other regions of Italy as well as Canada, the United States, Saudi Arabia, France and Switzerland. His name has 11 letters and this is used repeatedly in his architecture. One of his last projects, the Villa Palazzetto in Monselice, left incomplete at the time of his death, was altered in October 2006 by his son Tobia. This work is one of Scarpa's most ambitious landscape and garden projects, the Brion Sanctuary notwithstanding. It was executed for Aldo Businaro, the representative for Cassina who is responsible for Scarpa's first trip to Japan. Aldo Businaro died in August 2006, a few months before the completion of the new stair at the Villa Palazzetto, built to commemorate Scarpa's centenary. In 1978, while in Sendai, Japan, Scarpa died after falling down a flight of concrete stairs. He survived for ten days in a hospital before succumbing to the injuries of his fall. He is buried standing up and wrapped in linen sheets in the style of a medieval knight, in an isolated exterior corner of his L-shaped Brion Cemetery at San Vito d'Altivole in the Veneto. In 1984, the Italian composer Luigi Nono dedicated to him the composition for orchestra in micro-intervals A Carlo Scarpa, Architetto, Ai suoi infiniti possibili. 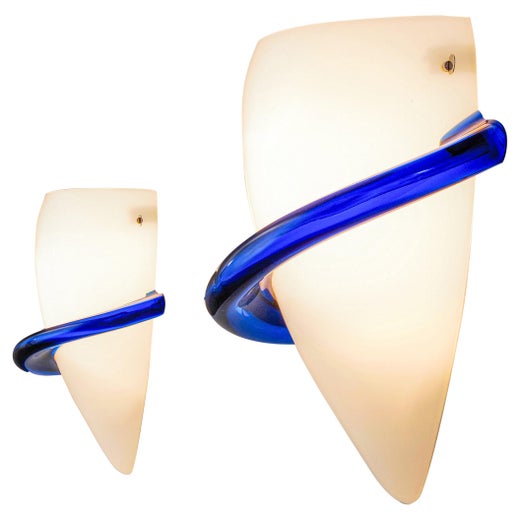 About the Seller
5.0
Located in Roma, Italy
Platinum Seller
These expertly vetted sellers are 1stDibs' most experienced sellers and are rated highest by our customers.
Established in 1990
1stDibs seller since 2017
742 sales on 1stDibs
Typical response time: 1 hour
More From This Seller

$3,401 / item
Murano Glass Chandelier in Reticello Technique Seguso, 1950
By Venini
Located in Milano, IT
Wonderful Murano glass chandelier made by the famous seguso in the 1950s. seguso chandelier was made with a particular and difficult technique of Murano glass that is called "Retice...
Category

$4,798
Murano Reticello Glass Chandelier by Venini
By Venini, Carlo Scarpa
Located in New York, NY
Murano glass chandelier decorated in reticello glass, made by Venini Glass and Att. to be designed by Carlo Scarpa. An elegant spherical design with brass stem and fittings. Newly re...
Category

$5,500
Chandelier Murano Glass, 1970s
By Vintage Murano Gallery
Located in Vienna, AT
A single piece of handmade Murano glass forms the bell shape of this extraordinary chandelier of Italian origin. The object was most probably manufactured during the 1970s. The stagg...
Category

$2,239
Venini Murano Quadriedri Chandelier, circa 1970s
By Paolo Venini
Located in Hastings, GB
Vintage Italian Venini chandelier made of descending stacked layers of Murano glass Quadriedri prisms The piece was made in Italy during the 1960s-1970s and is in great vintage cond...
Category