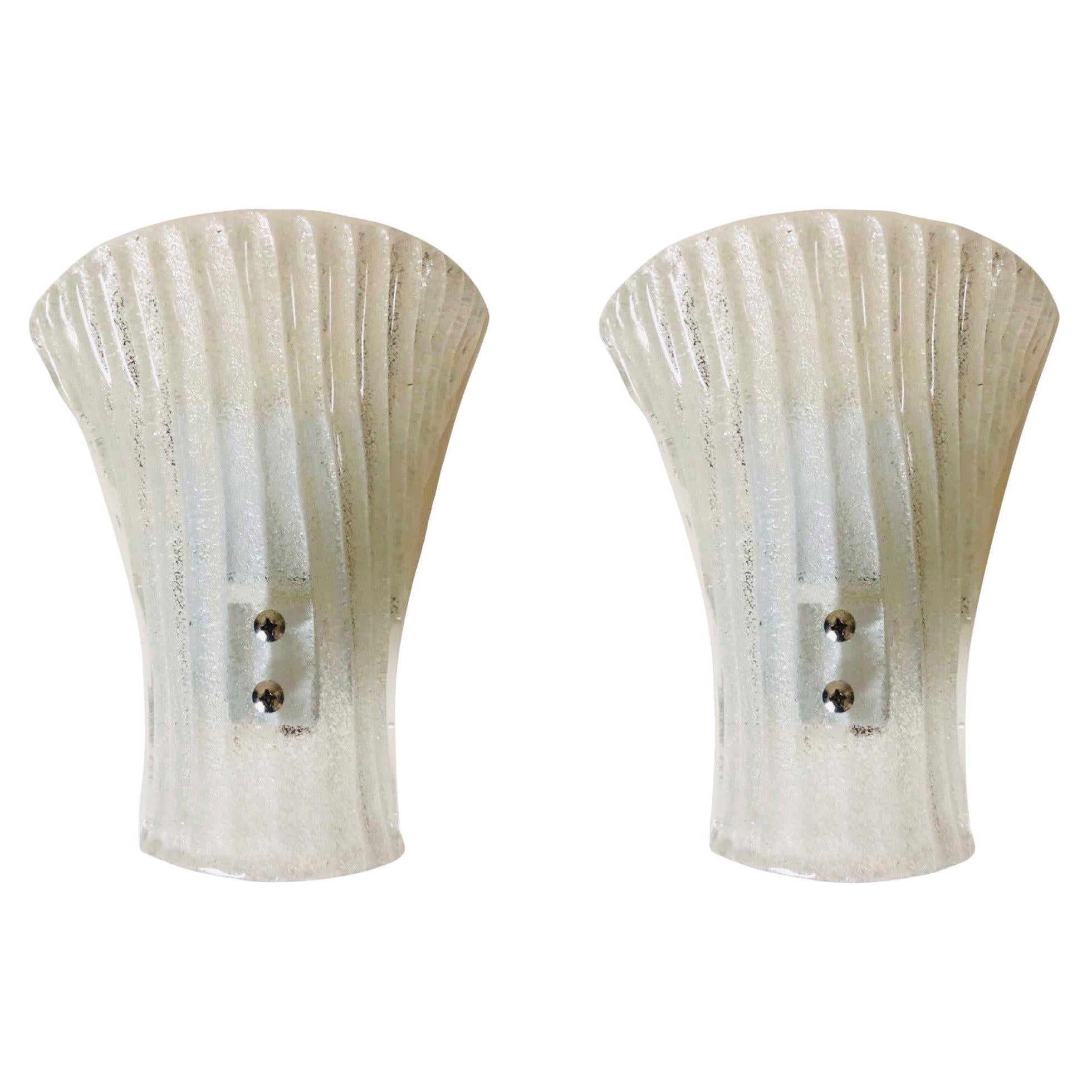 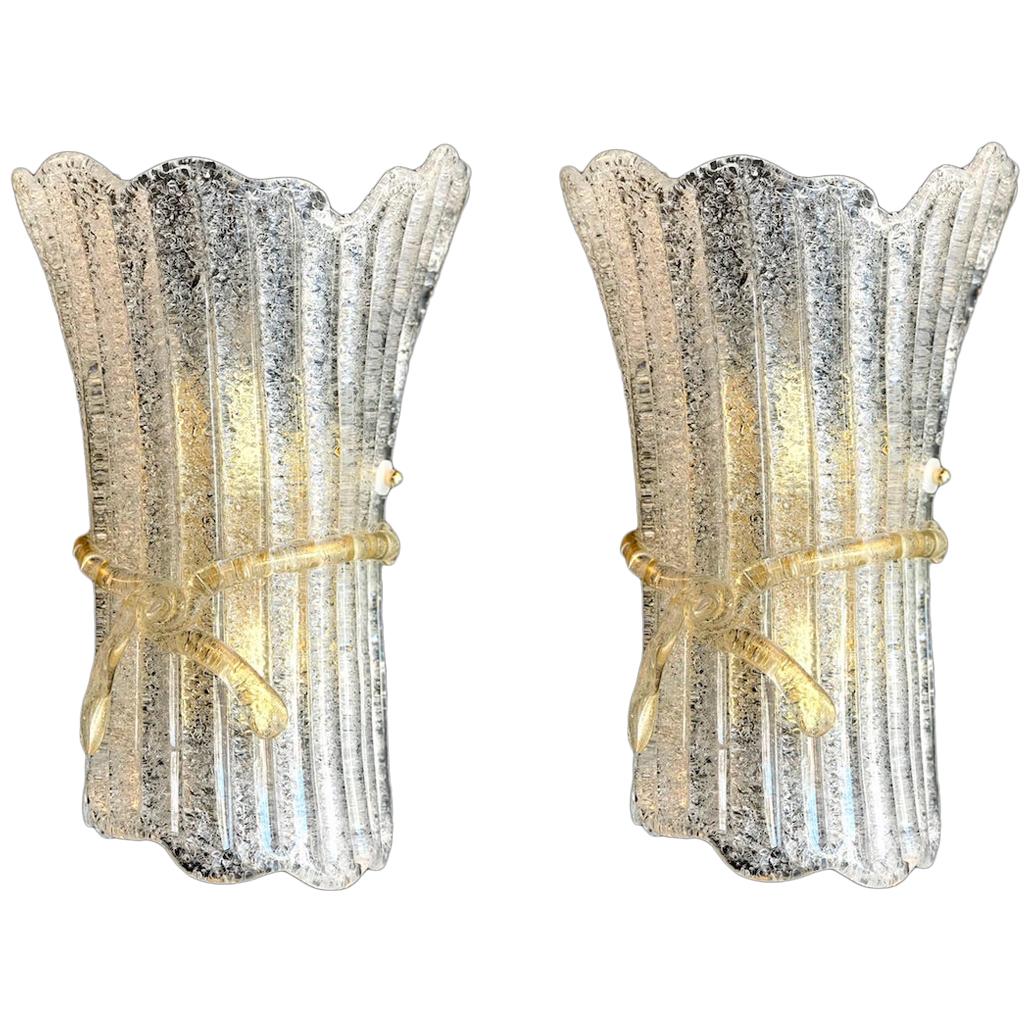 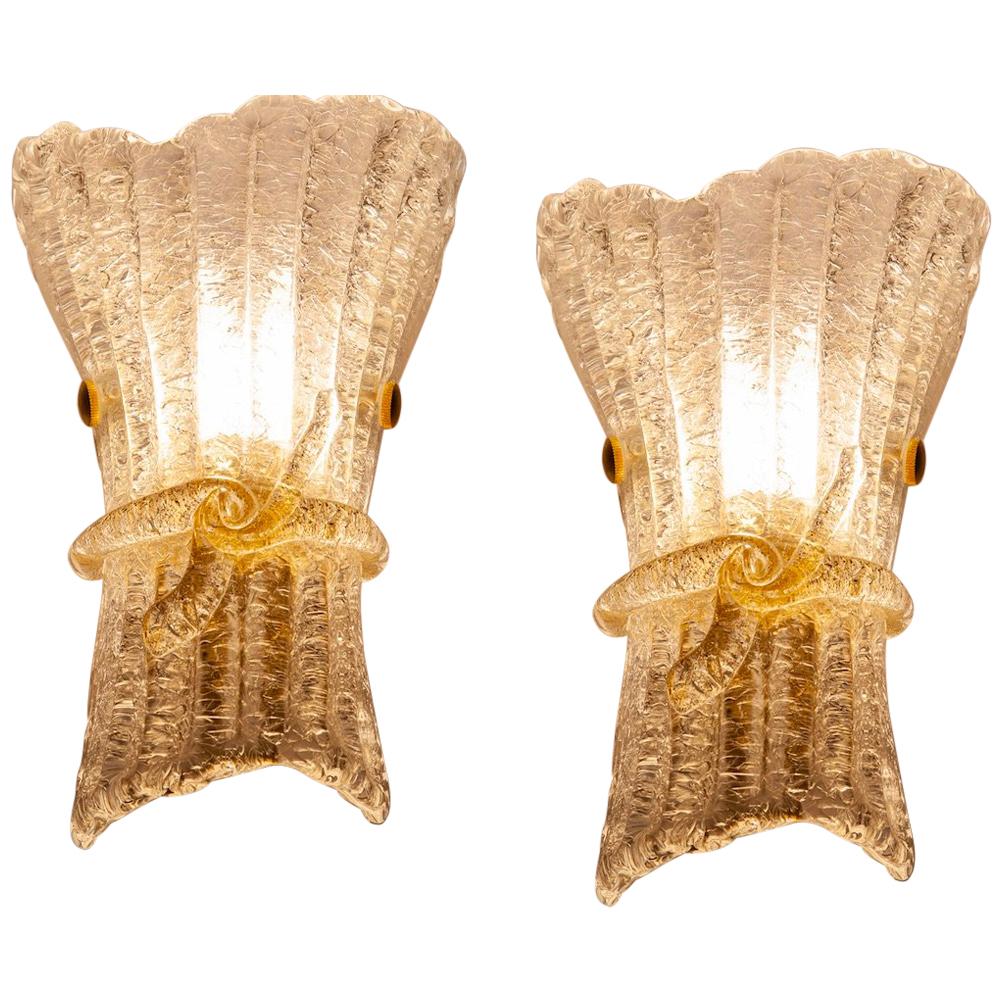 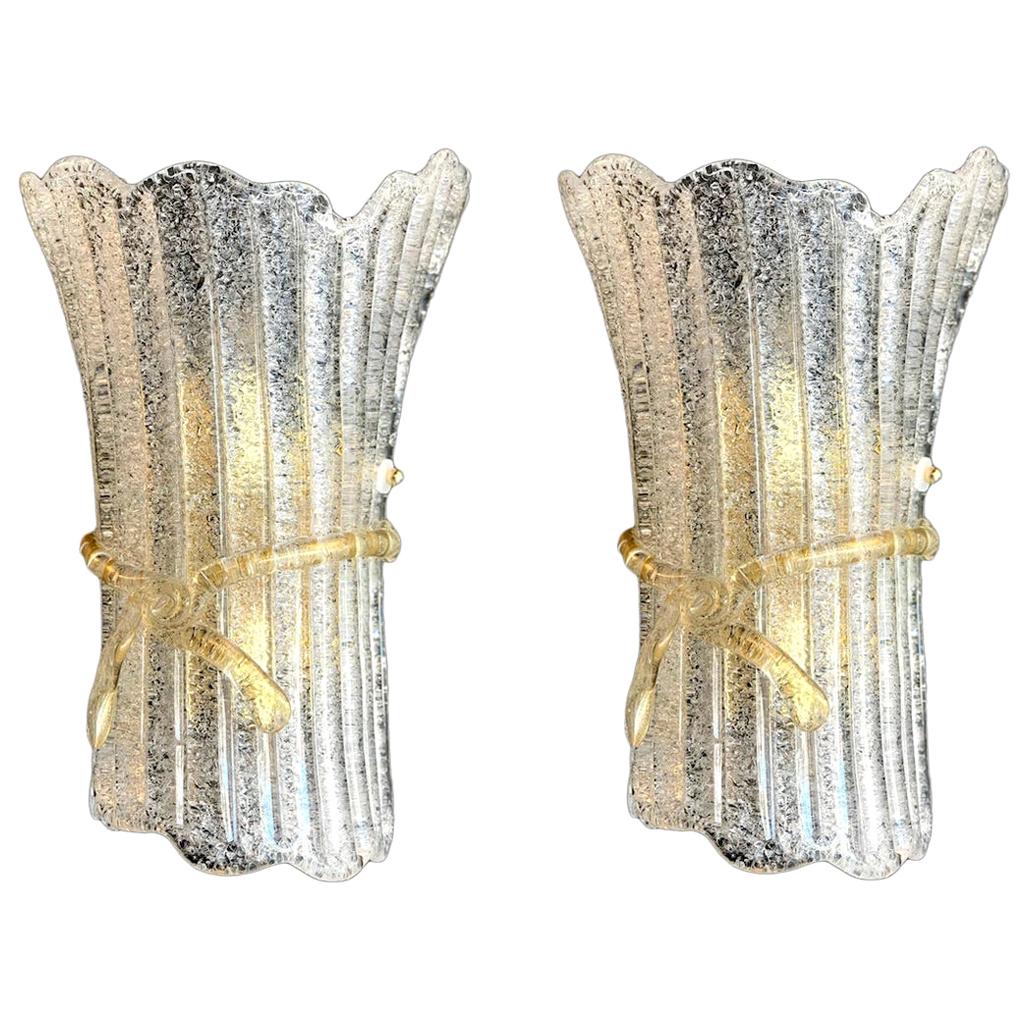 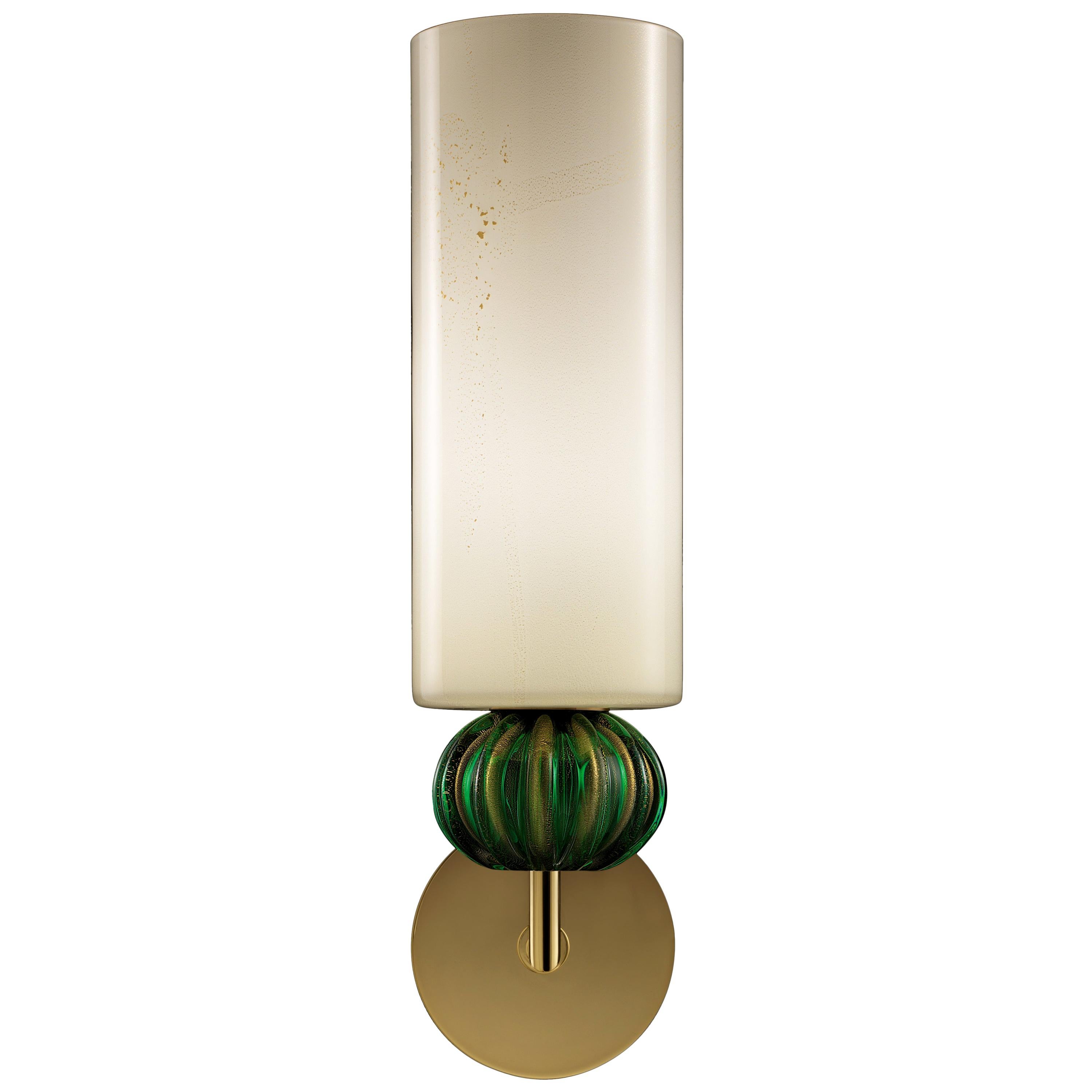 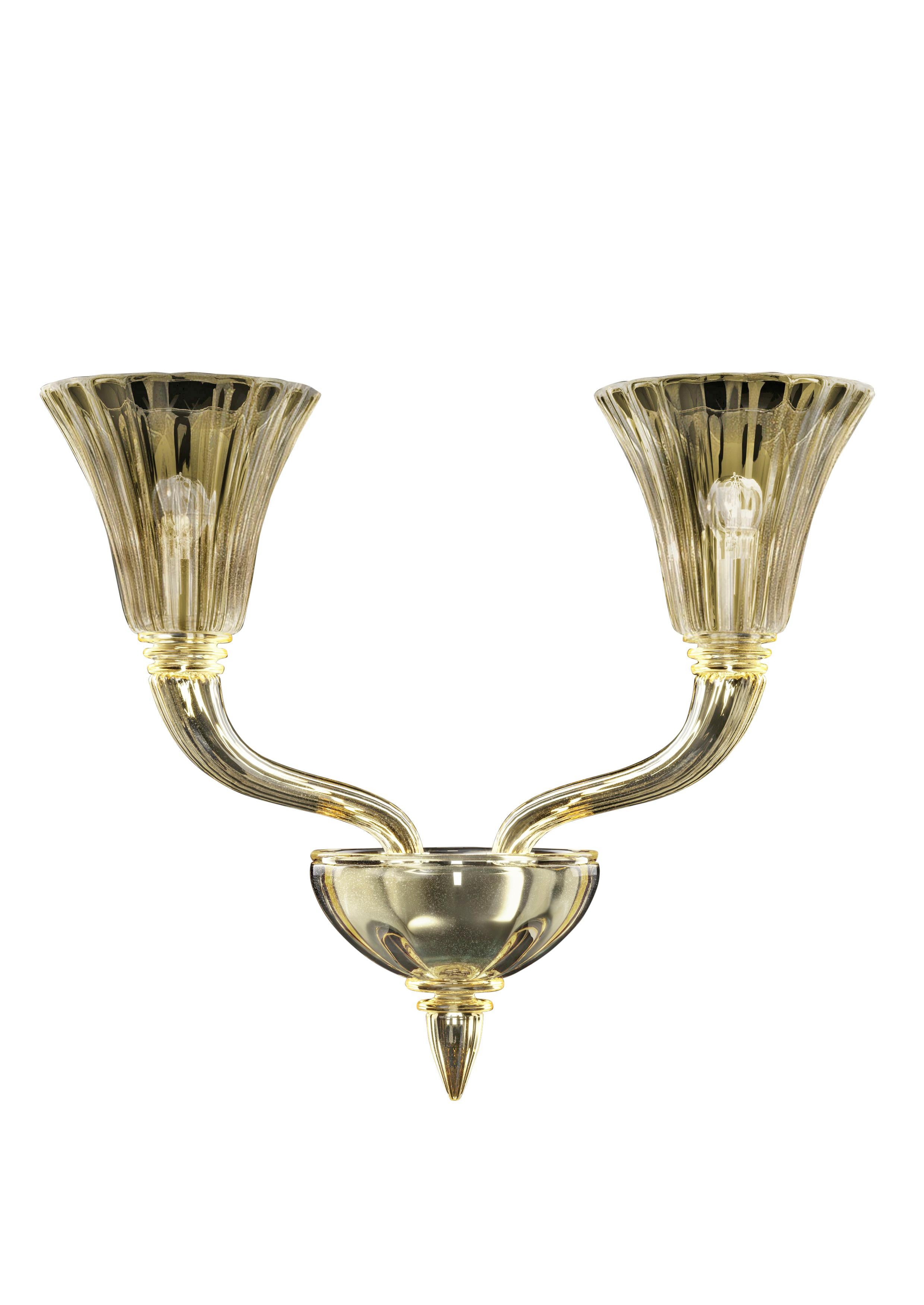 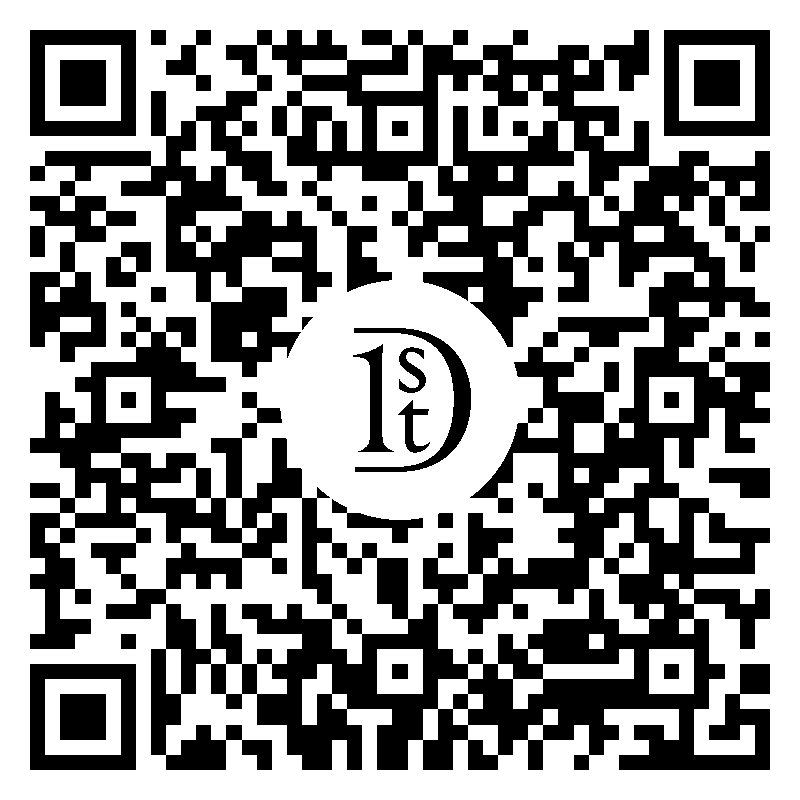 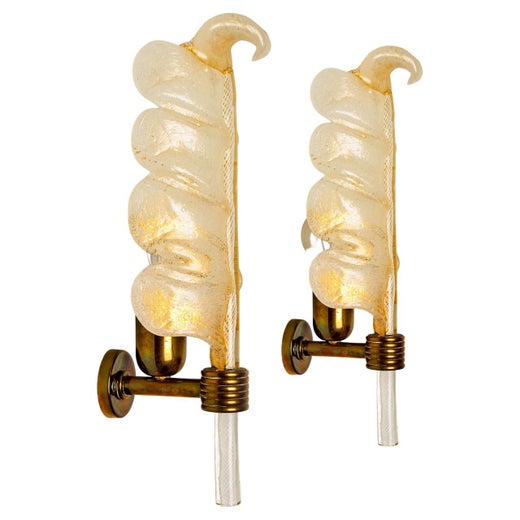 Partnerships come and go within the community of glass-making artisans on the Venetian island of Murano, where business relationships seem as complex as the shifting alliances in the notoriously acrimonious Italian parliament. Formed in 1942 by members of families with centuries of experience in the craft, Barovier, Toso & Co. has proven to be one of the most enduring and prosperous Italian glass manufactories of recent decades. Under the nearly 50-year artistic directorship of cofounder Ercole Barovier (1889–1974), the company created buoyant traditional pieces such as chandeliers and sconces, and it pioneered an array of innovative modernist designs with bold colors, patterns and surfaces.

To appeal to gentler, more conservative tastes, Barovier Toso produced a range of lilting, sinuous lighting pieces that are often described as embodying “Liberty Style” — the Italian term for Art Nouveau, taken from the name of the famed London department store that promoted 19th-century organic textile designs in the manner of William Morris. The hallmarks of the style in Barovier & Toso works are elements of glass in the shape of thick leaves, fronds and flower petals, deployed along with other naturalistic ornament in sconces, pendants and chandeliers.

Ercole Barovier began his personal aesthetic transition toward modernism in the 1930s with his Primavera series of vases and animal sculptures — idiosyncratic milky-white and clear glass filled with tiny bubbles and hairline interior fissures that he produced for Artisti Barovier, a firm headed by his father and uncle. Later, with Barovier Toso, he would explore such novel styles as the mosaic-like Pezatto glass; fluid Spiral patterns; the pebbly textured Barbarico line and the complex, layered and highly colored abstractions of the Oriente series of vases and bowls.

Traditional or modern, Barovier Toso — still under family control — has produced one of the finest and most diverse catalogues of Murano glass in the last 100 years.

About the Seller
5.0
Located in New York, NY
Platinum Seller
These expertly vetted sellers are 1stDibs' most experienced sellers and are rated highest by our customers.
Established in 2003
1stDibs seller since 2004
1,753 sales on 1stDibs
Typical response time: <1 hour
More From This Seller

Pair of Midcentury Barovier & Toso Clear Murano Wall Sconces, 1970s
By Barovier&Toso
Located in Badajoz, Badajoz
Beautiful and stunning Italian Murano glass wall sconces. These pieces were made during the 1970s in Murano, Italy by the Company "Barovier & Toso". Each piece is equipped with one l...
Category

$2,237
Gallia 5627 Wall Sconce in Glass, by Barovier & Toso
By Barovier&Toso
Located in Venice, IT
A family of elegant lamps inspired by regular, classical lines and rendered timeless by the warm and welcoming colors: the opaline diffuser is beige, speckled with gold, while the sp...
Category

$2,120 / item
Degas 5554 02 Wall Sconce in Glass, by Barovier&Toso
By Barovier&Toso
Located in Venice, IT
The Degas 5554 wall sconce was originally designed in 2004. Here you are offered the Degas wall sconce in gold blown glass with a galvanized gold finish. This slender chandelier take...
Category

$3,940 / item
Palmette 7385 1 Wall Sconce in Crystal Glass, by Barovier&Toso
By Barovier&Toso
Located in Venice, IT
The Palmette 5310 is a series of striking lighting units based on sectional elements that can be assembled to make anything from simple domestic wall sconce to large hanging lamps fo...
Category

From $8,540 / item
Rabat 4513 02 Wall Sconce in Glass, by Barovier&Toso
By Barovier&Toso
Located in Venice, IT
A very evocative collection of chandeliers, available in the past with the sales name “4513”. The new colors, gold and crystal, make it lighter and bring out the classic Venetian sty...
Category

From $5,870 / item
Windsor 5676 02 Wall Sconce in Glass, by Barovier&Toso
By Barovier&Toso
Located in Venice, IT
A soberly regal wall sconce, Windsor is characterized by having the lamp-holder cups always an opaque white with a shade whose tonality is the same as the arms, which are available i...
Category