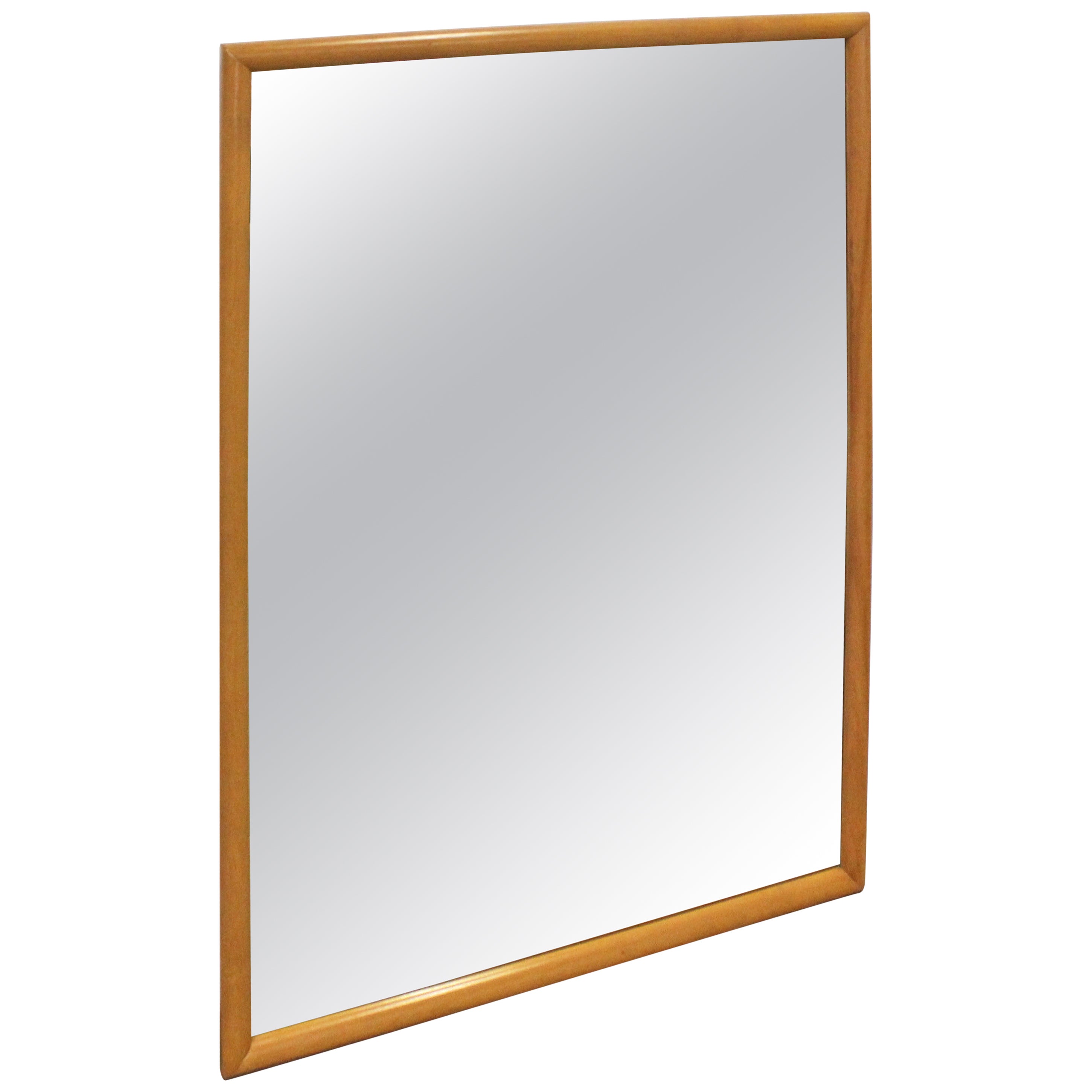 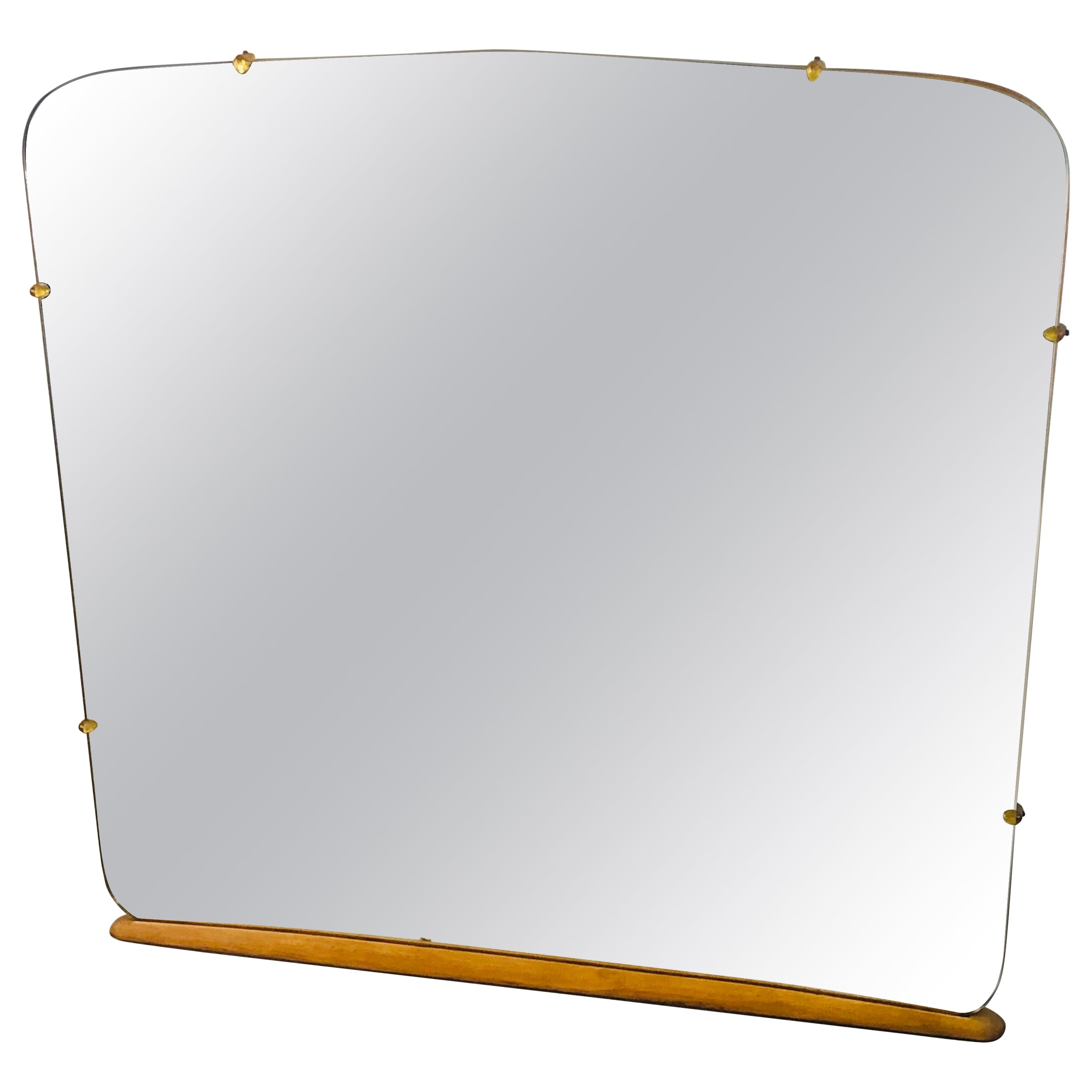 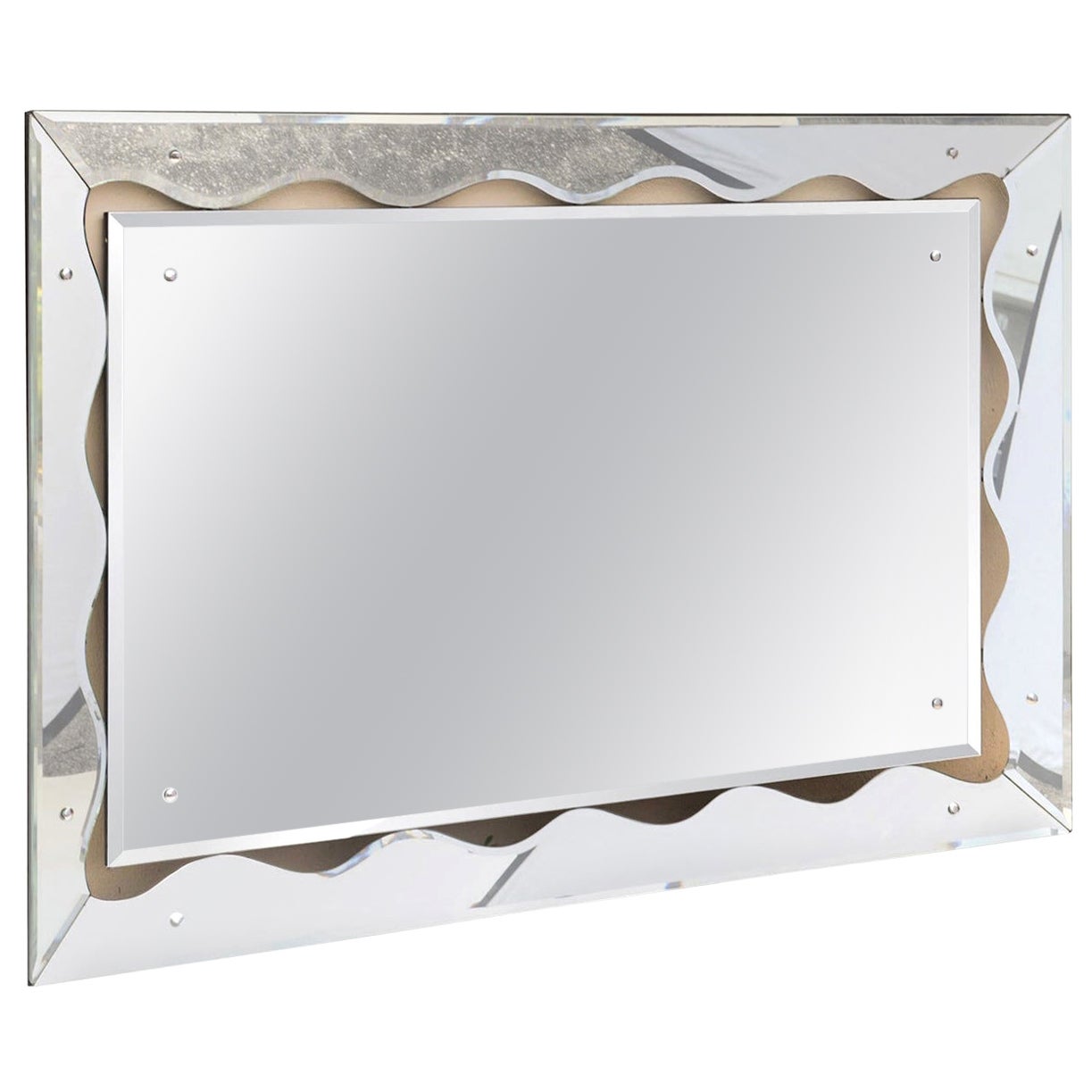 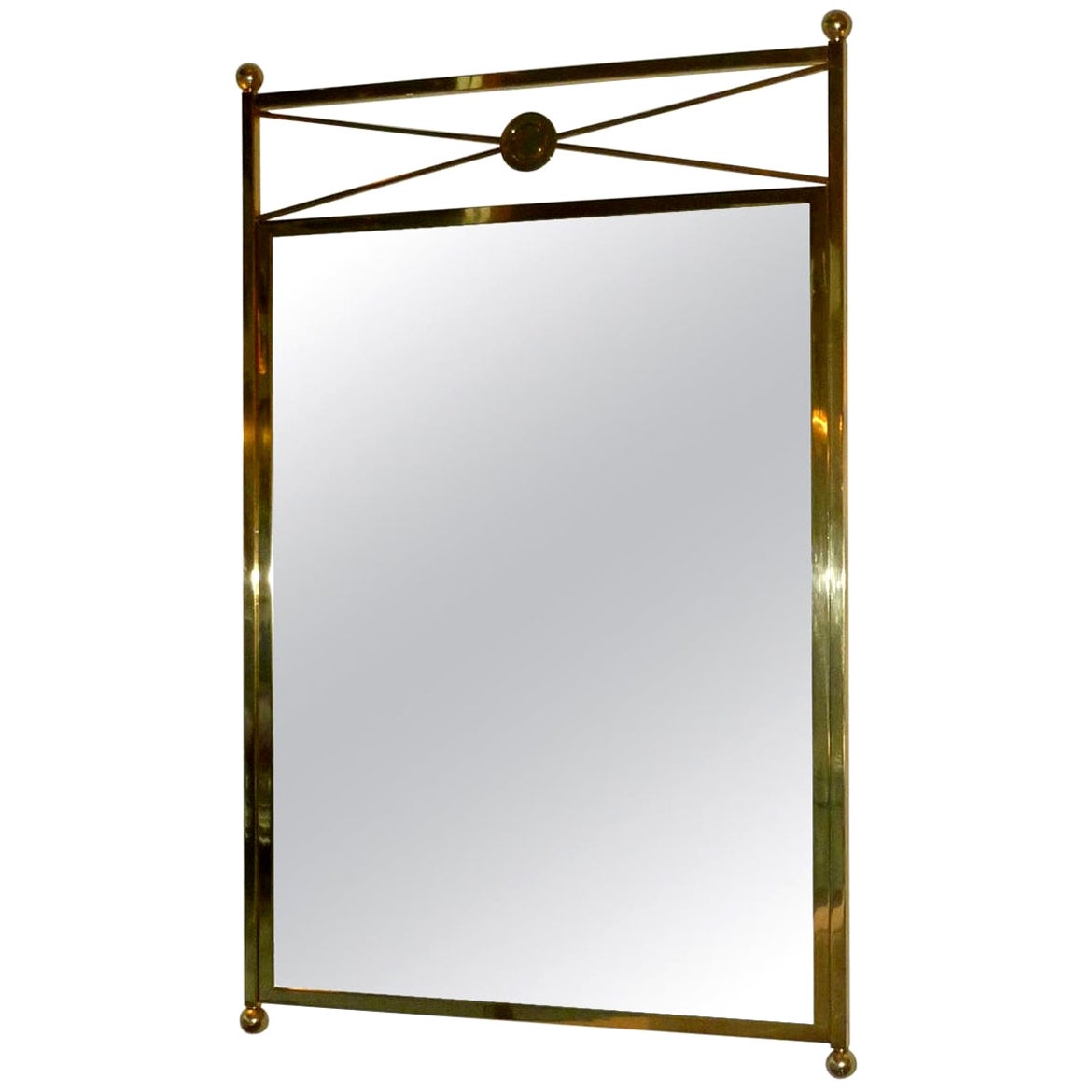 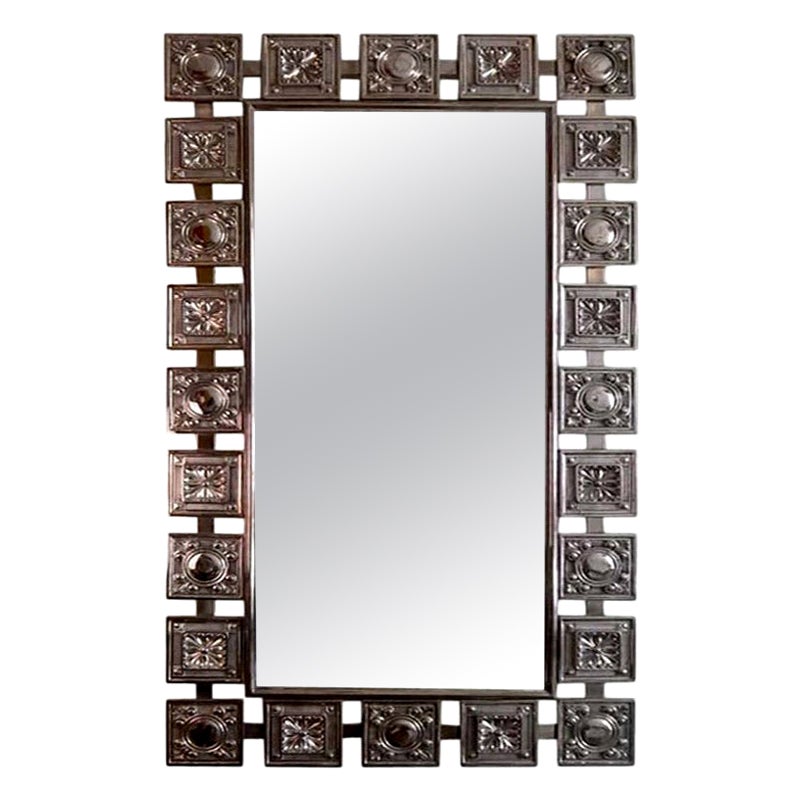 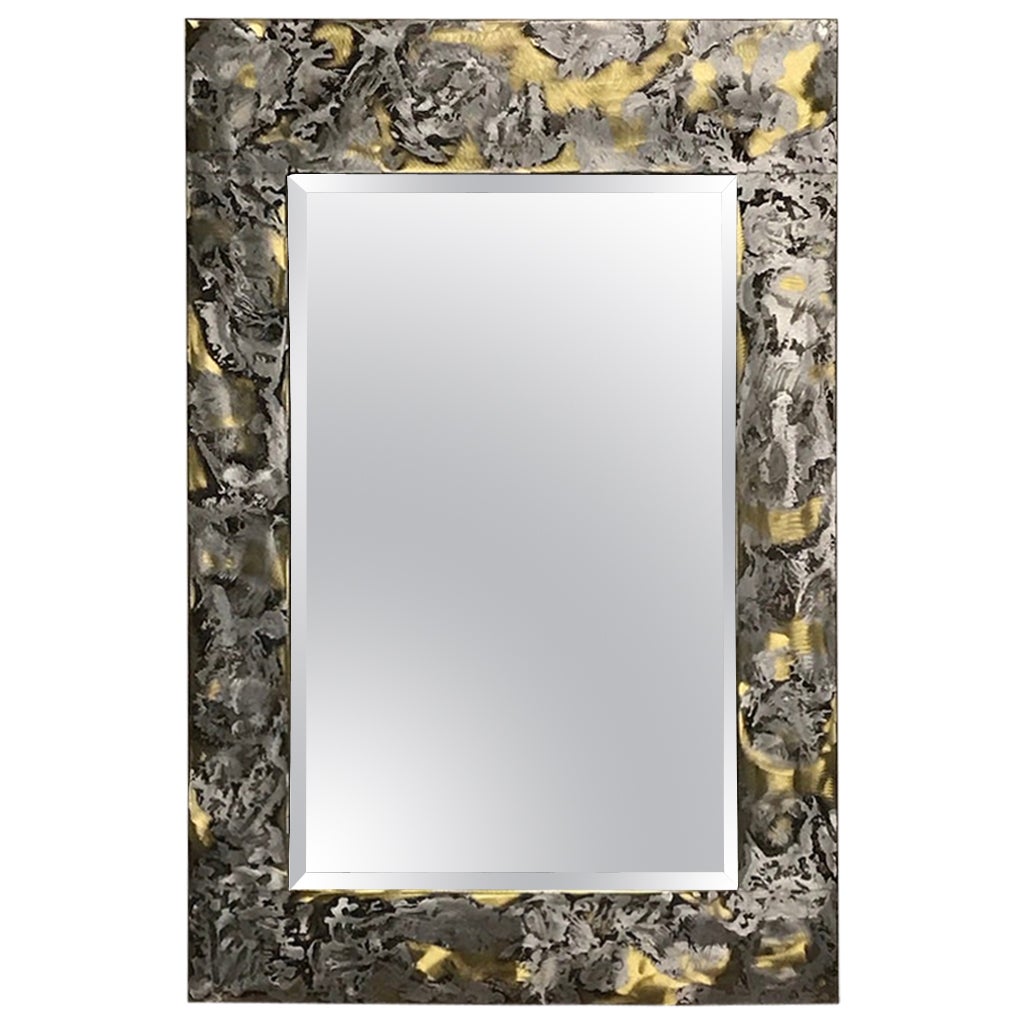 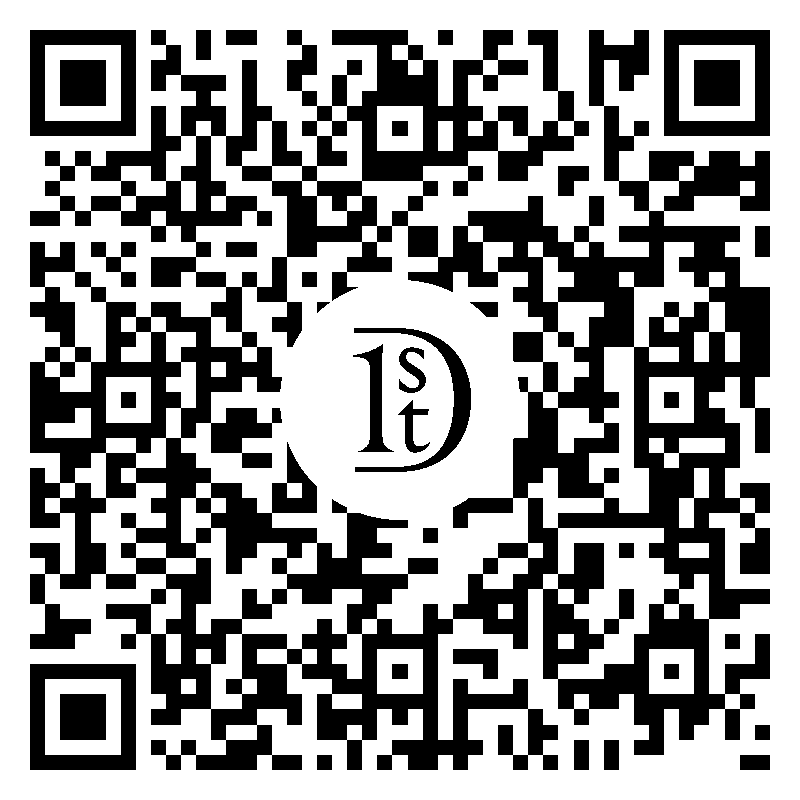 Offered is a large vintage Mid-Century Modern mirror by Heywood Wakefield. It has a wood frame with a Champagne finish. It is in good condition for its age, shows some age wear including minor imperfections on the glass and surface scratches/wear on the frame. Does not include a hanger. Review photos carefully. It is stamped 'champagne' on the back. Dimensions: 35" W x 2" D x 52" H.

Committed to the new style, Heywood-Wakefield commissioned work from an assortment of like-minded designers, including Alfons Bach, W. Joseph Carr, Leo Jiranek and Count Alexis de Sakhnoffsky, a Russian nobleman who had made his name in Europe creating elegant automotive body designs. In 1936, the company introduced its “Streamline Modern” group of furnishings, presenting a look that would define the company’s wares for another 30 years. The buoyantly bright, blond wood — maple initially, later birch — came in finishes such as amber “wheat” and pink-tinted “champagne.” The forms of the pieces, at once light and substantial, with softly contoured edges and little adornment beyond artful drawer pulls and knobs, were featured in lines with names such as “Sculptura,” “Crescendo” and “Coronet.” It was forward-looking, optimistic and built to last — a draw for middle-class buyers in the Baby Boom years. 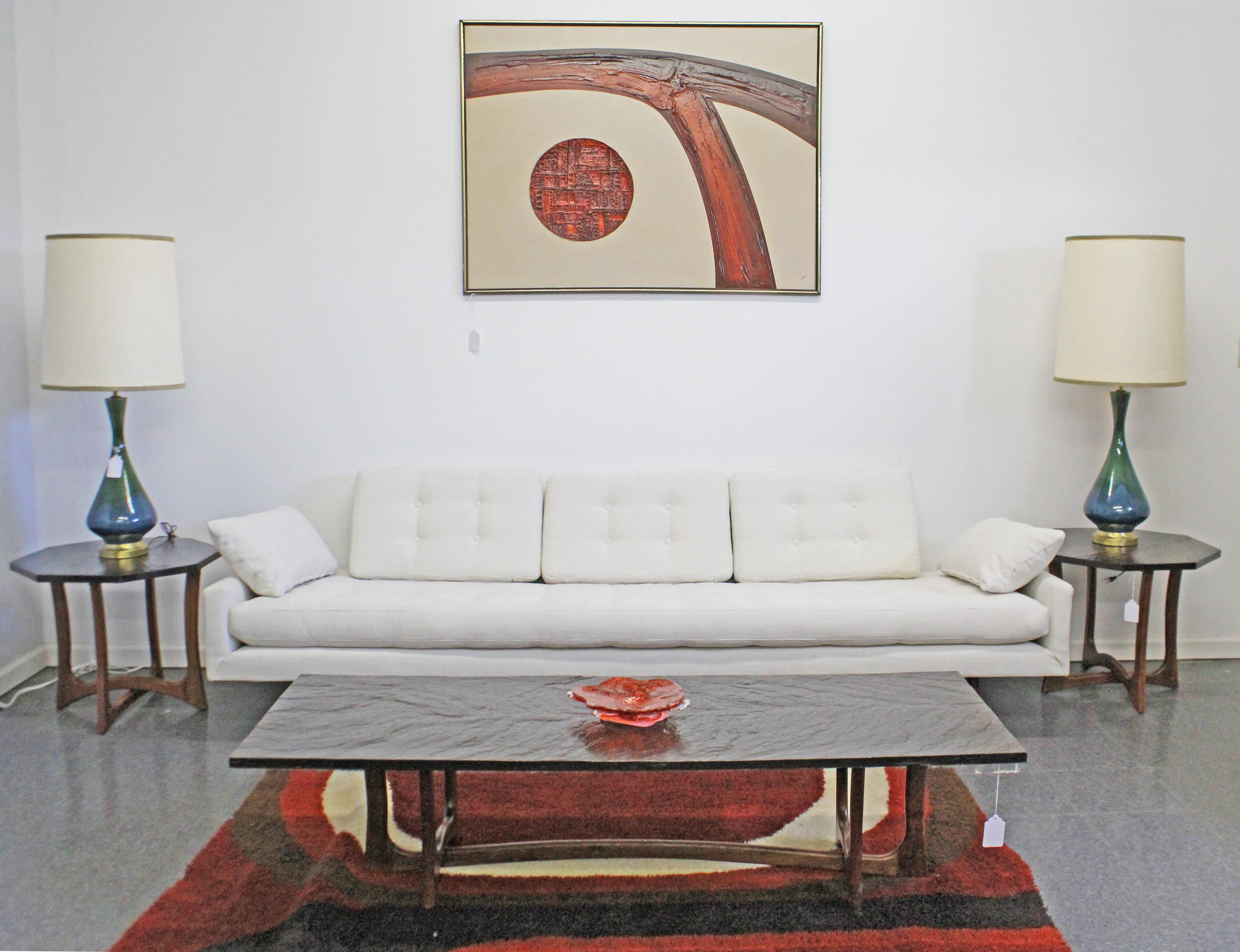 About the Seller
4.9 / 5
Located in Wilmington, DE
Platinum Seller
These expertly vetted sellers are 1stDibs' most experienced sellers and are rated highest by our customers.
Established in 2008
1stDibs seller since 2018
173 sales on 1stDibs
Typical response time: <1 hour
More From This Seller
View All From Seller

1950s Vintage Heywood Wakefield Mirror
By Heywood-Wakefield Co.
Located in Amherst, NH
Vintage 1950s Heywood Wakefield mirror. May have originally been used on a vanity but could easily be used as a wall mirror today. The wood has been restored and the mirror is in exc...
Category

$3,800
Mid Century Modern Copper and Aluminum Mirror
Located in Stamford, CT
This gorgeous beveled mirror is very much in the spirit of Paul Evans, with splashes of aluminum over brushed brass frame. Made by Autumn Guild circa 1980s, tag on reverse.
Category