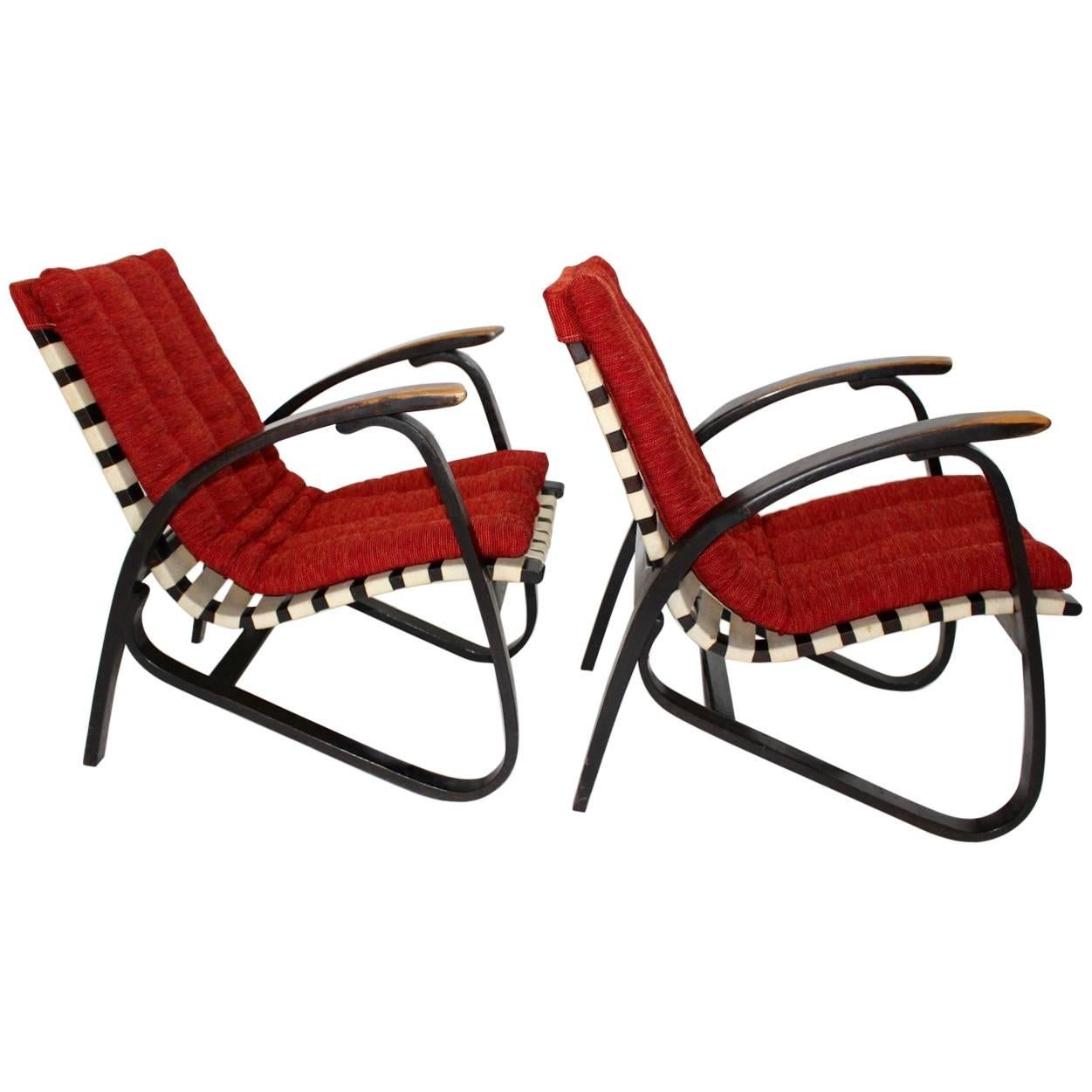 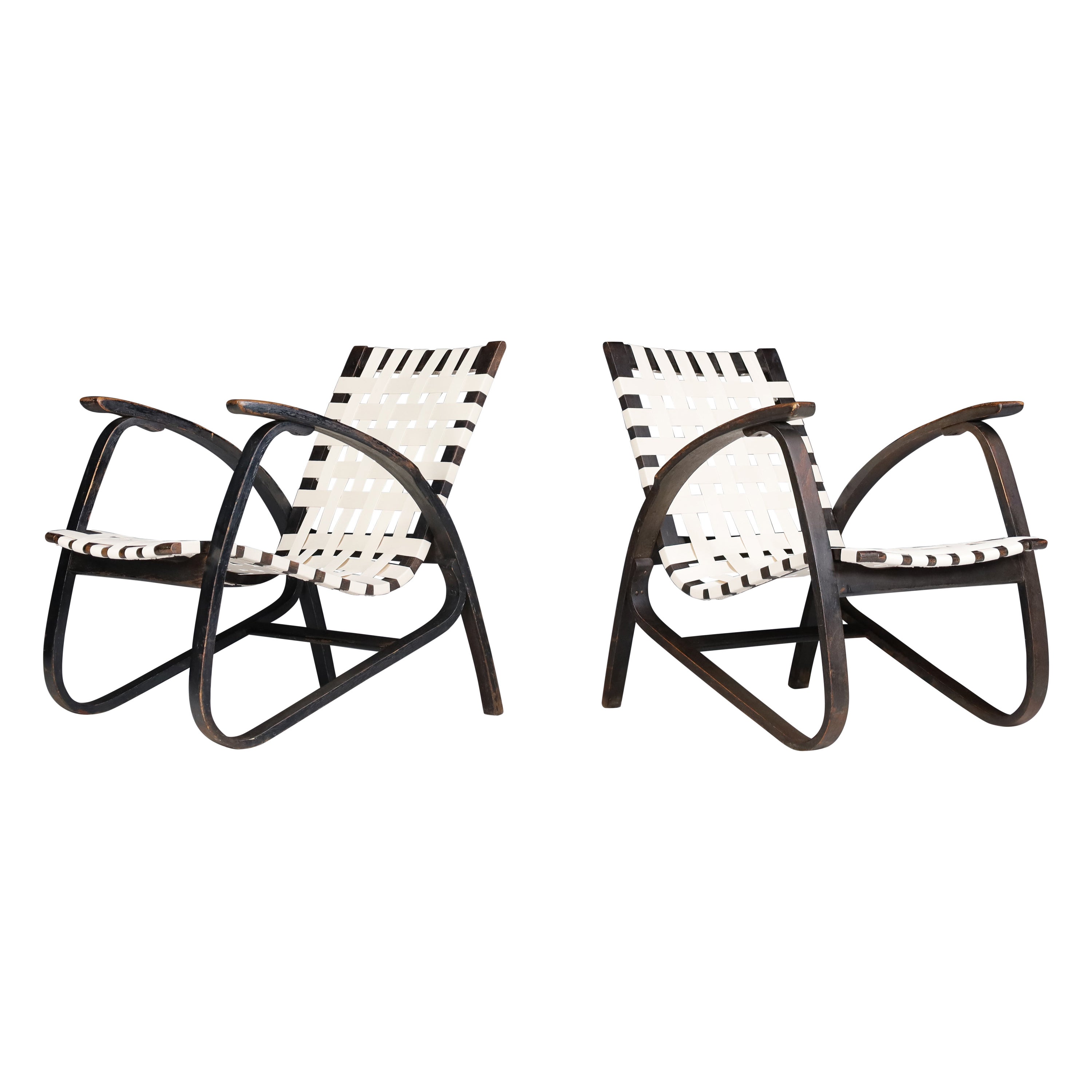 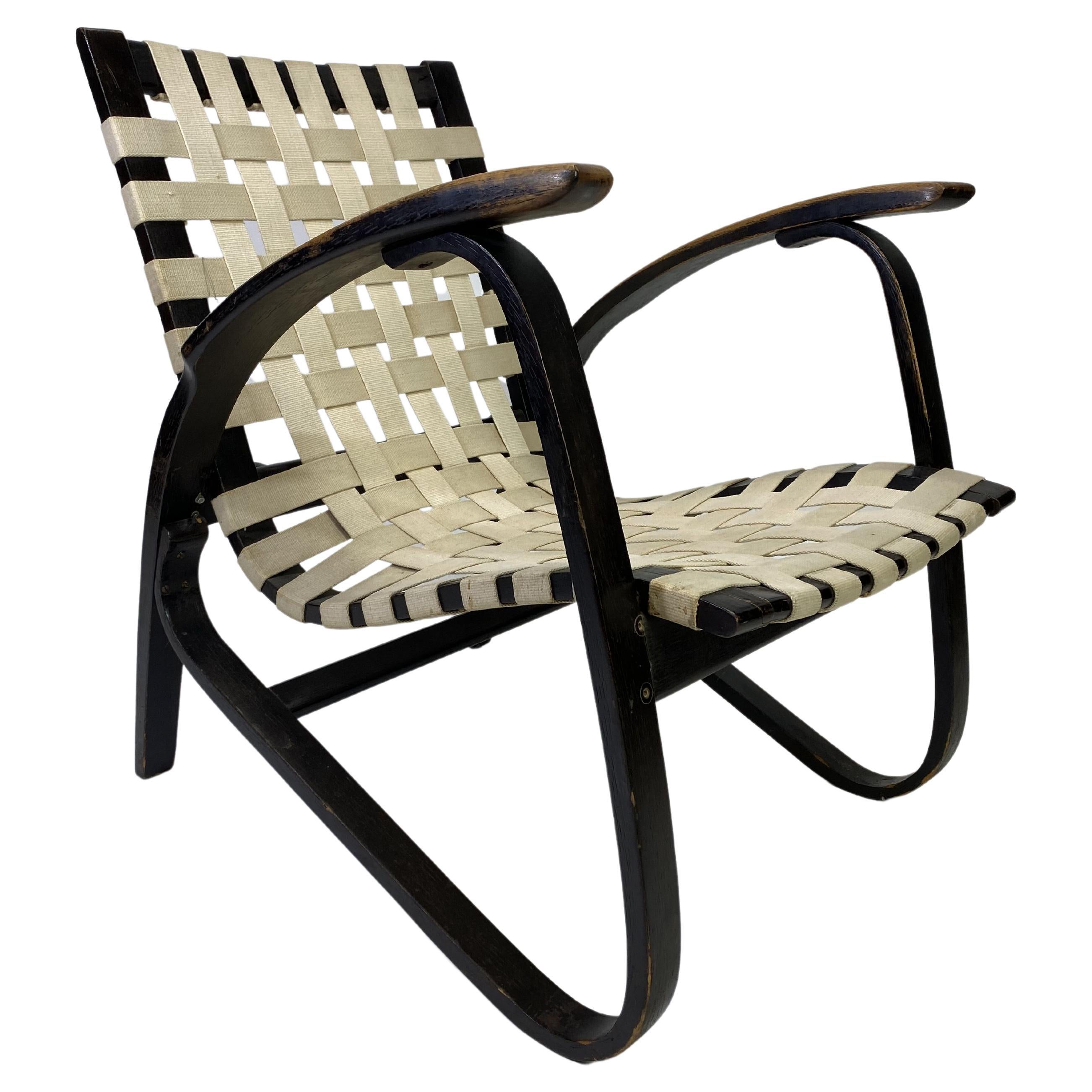 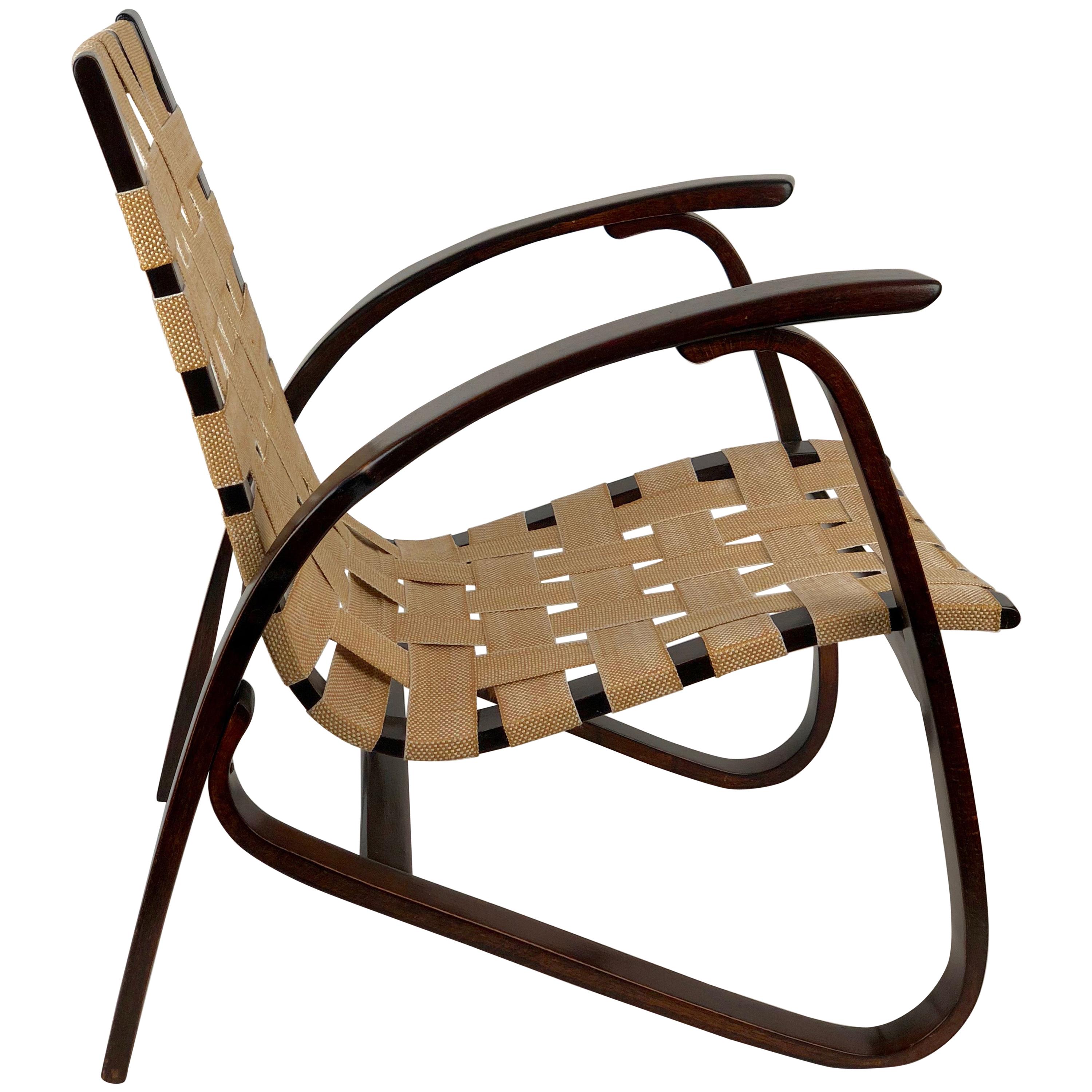 Pair of Lounge Chairs by Jan Vaněk for UP Závody, Czech, 1930s 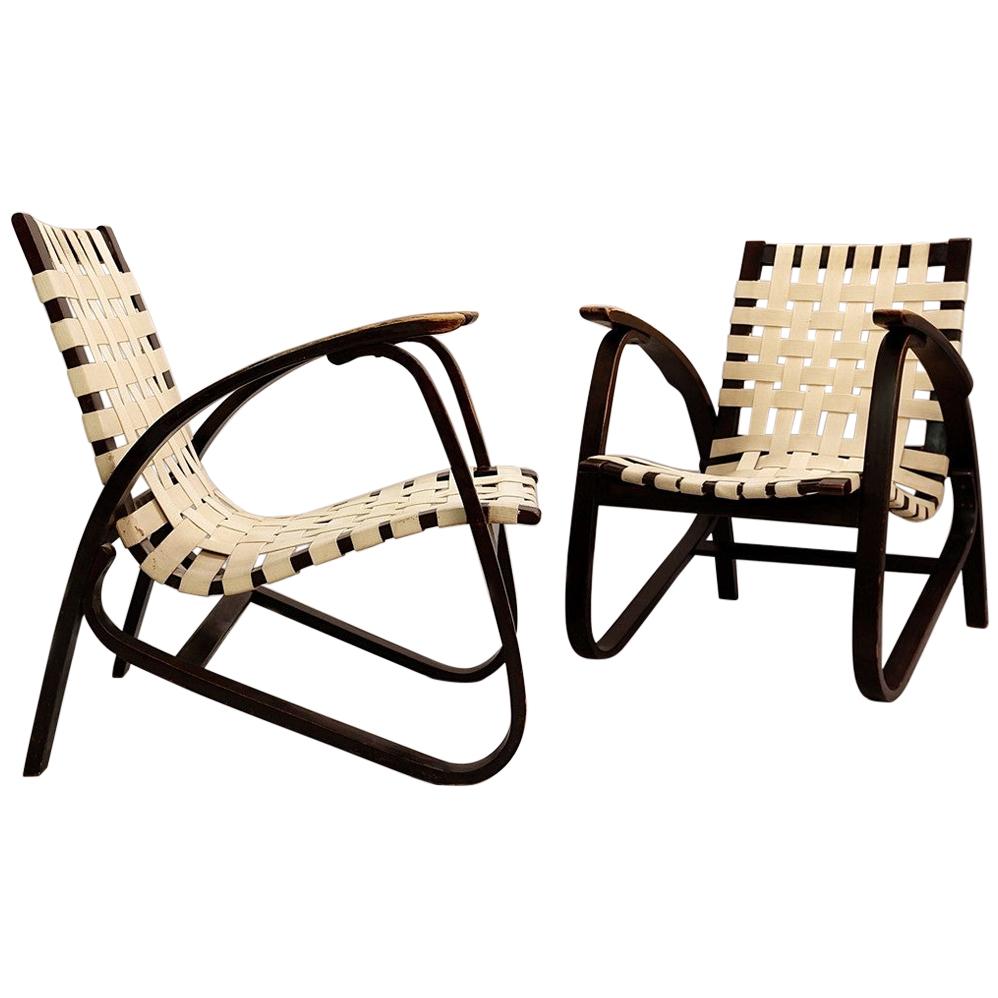 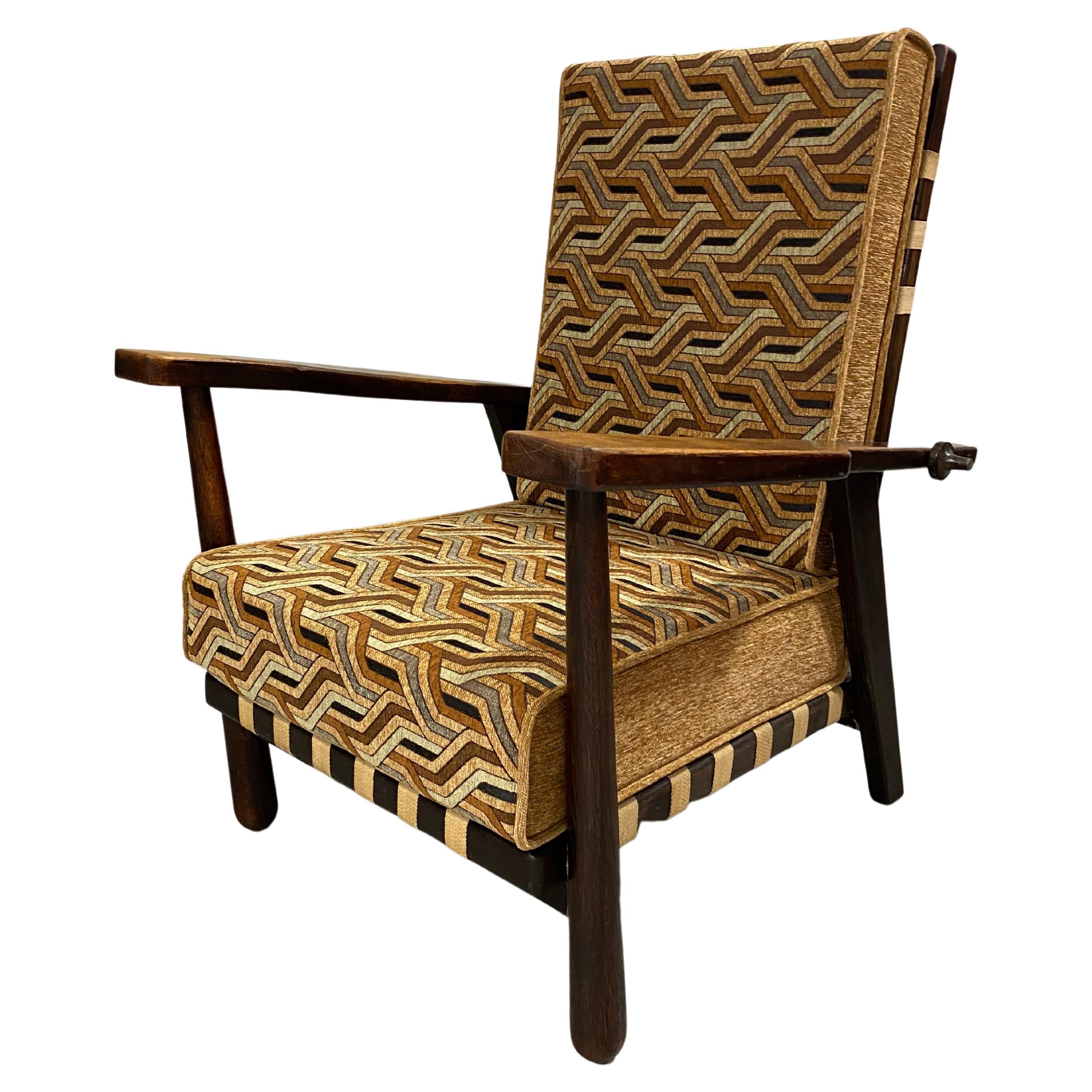 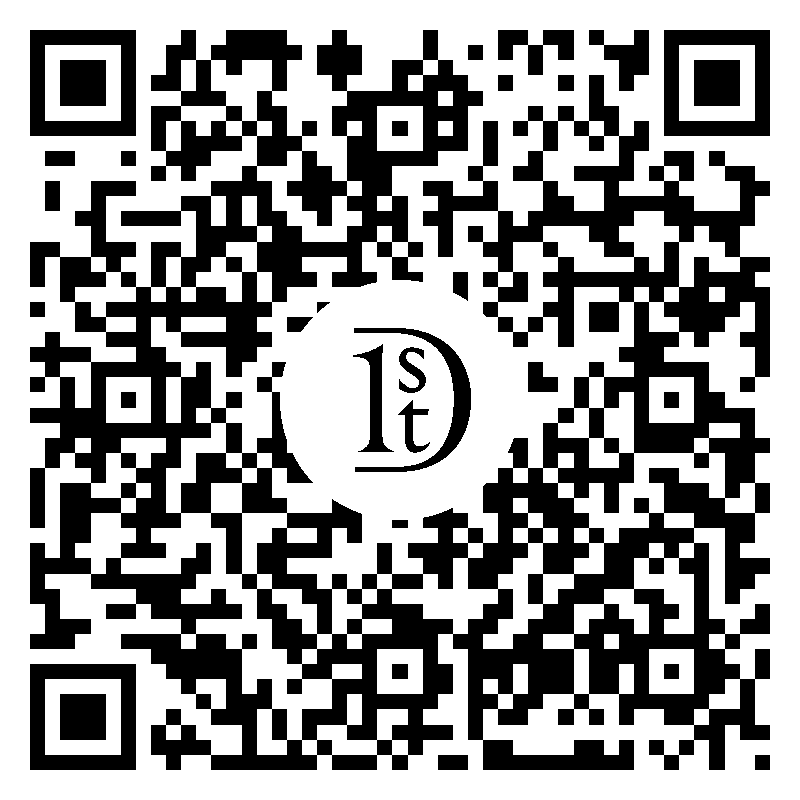 Art Deco vintage lounge chairs designed by Jan Vanek (1891-1962) and produced by UP Zavodny. The bentwood beech frame is in original vintage condition. The original upholstery is covered with renewed red wool fabric coat and so the condition is very good. The coffee table is designed by K. Kozelka and A. Kropacek. Produced by Ceske Umelecke Dilny, Czech. Rep., 1940s. The table is made of oakwood and is equipped with a glass top. The vintage condition is very good. The measurements are: diameter 28.94 in. And height 22.44 in. All measures are approximate. 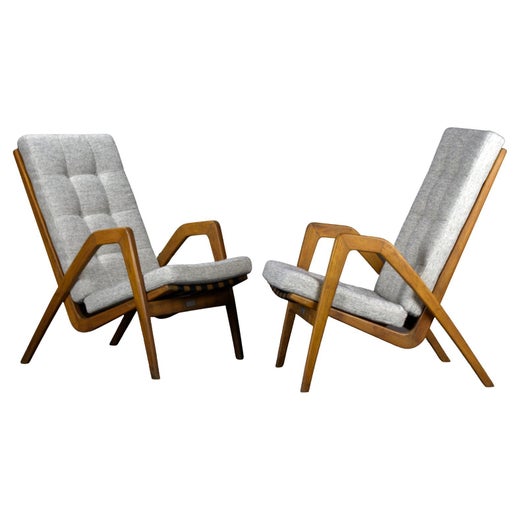 Influenced by his family’s furniture company, Vandek studied woodworking. Following a stint in Germany, where he advanced his skills at established firms in Munich, Stuttgart and Heilbronn, he returned home to the former Czechoslovakia and took over the family business, which in 1920 became known as Spojené Uměleckoprůmyslové Závody, or UP Závody.

Vanek's early friendships and collaborations with architectural and design greats like Walter Gropius, Le Corbusier, Ludwig Mies van der Rohe, Adolf Loos and others likely had much to do with his graceful style, best exemplified by his 1930s bentwood chairs, with the arabesque curves of their arms and legs conjoining to form open, dynamic loops.

True to Czech standards for uniformity, Vanek scarcely altered the design over decades of production, though he did gradually modernize his frames: His 1950s models are more angular, industrialized — and very definitely modern.

1stDibs Buyer Protection Guaranteed
If your item arrives not as described, we’ll work with you and the seller to make it right. Learn More
About the Seller
5.0
Located in Vienna, Austria
Platinum Seller
These expertly vetted sellers are 1stDibs' most experienced sellers and are rated highest by our customers.
Established in 1970
1stDibs seller since 2014
345 sales on 1stDibs
Typical response time: 2 hours
More From This SellerView All
People Also Browsed
You May Also Like