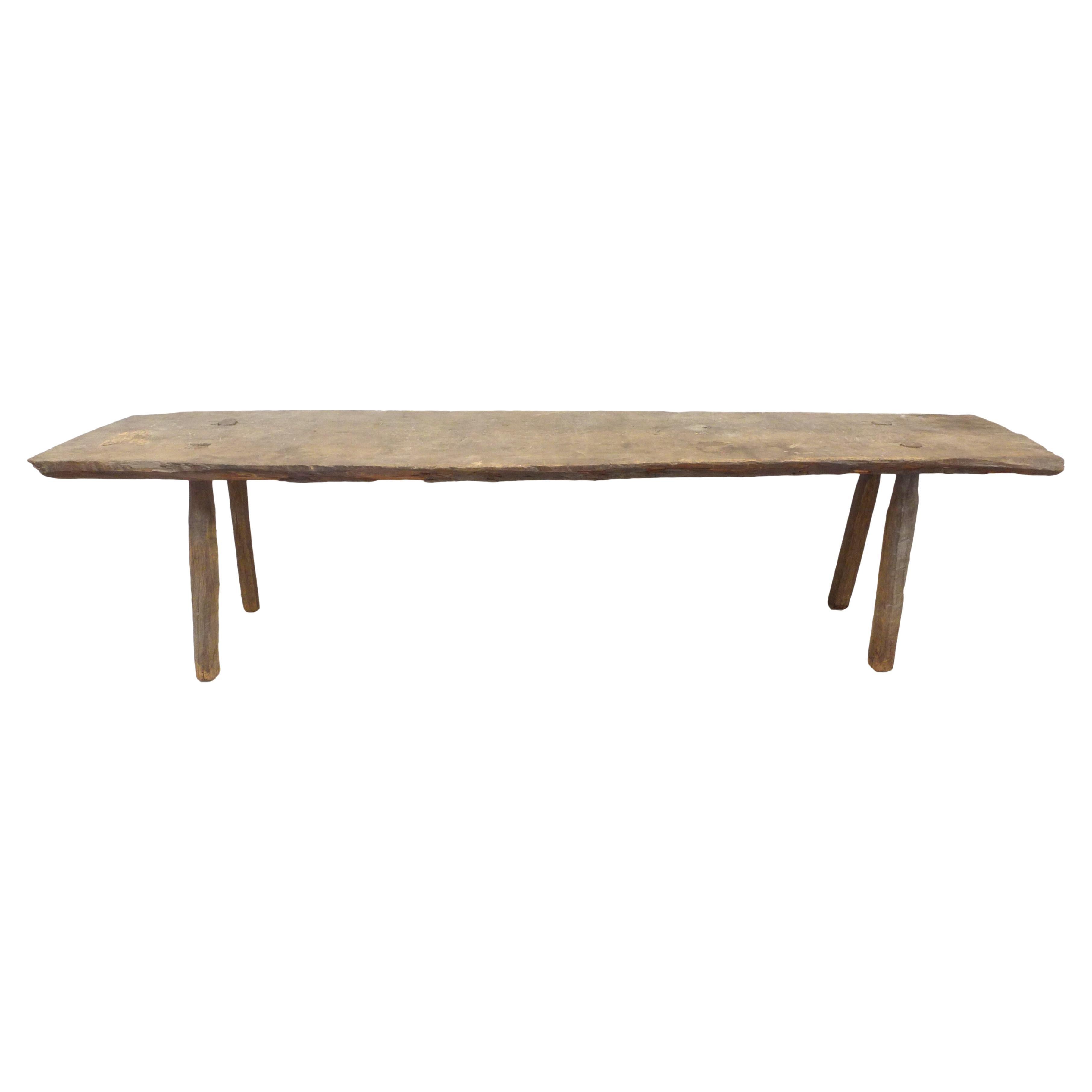 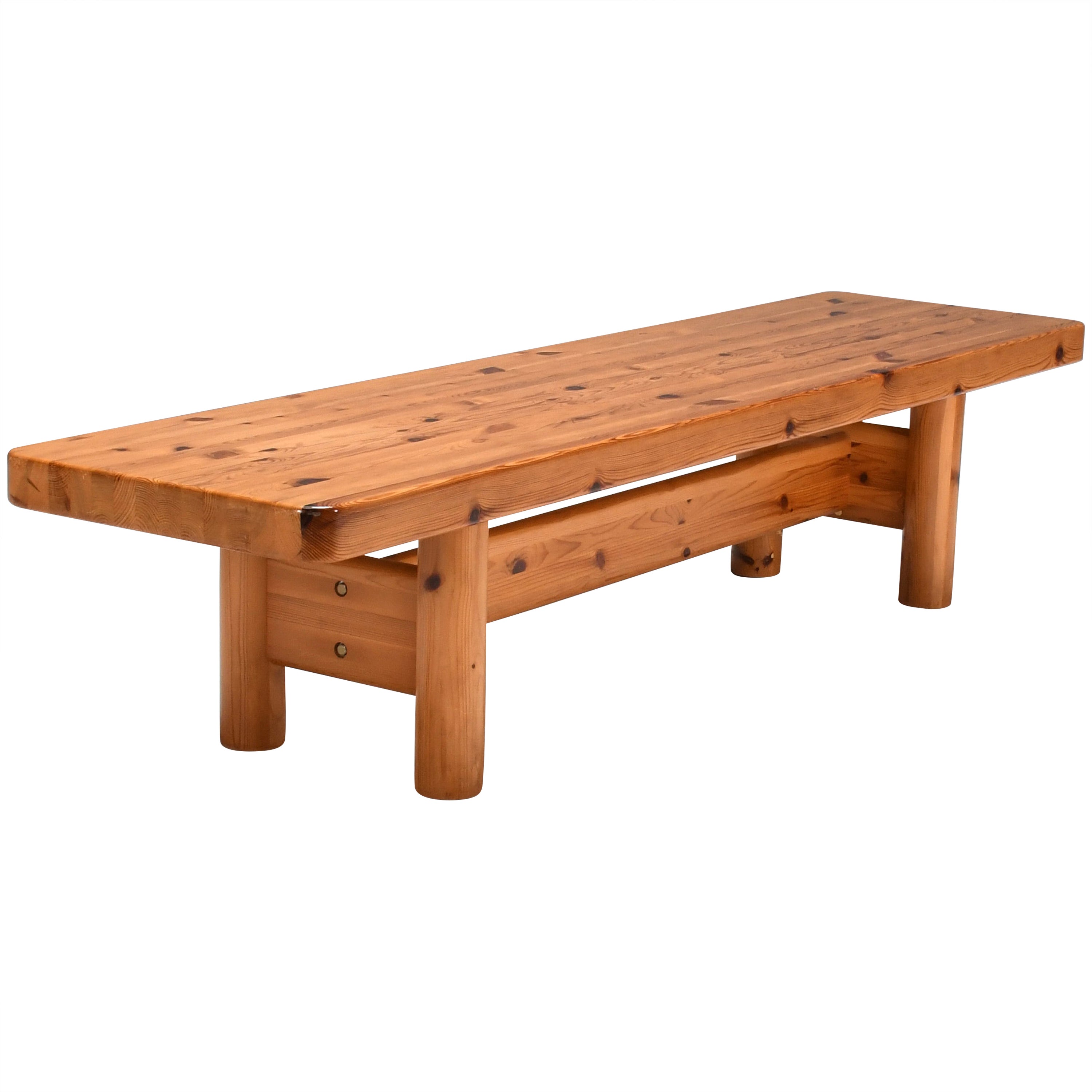 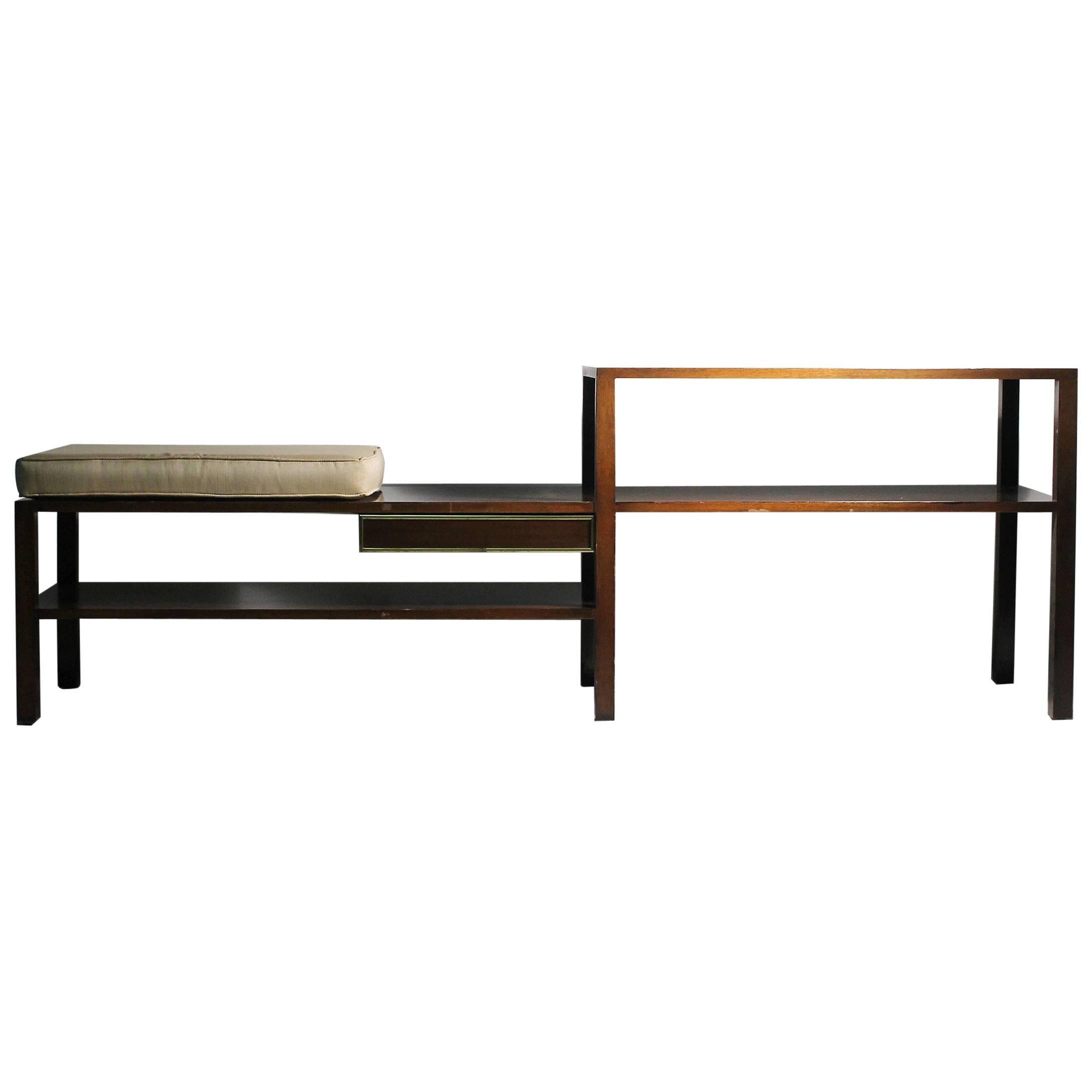 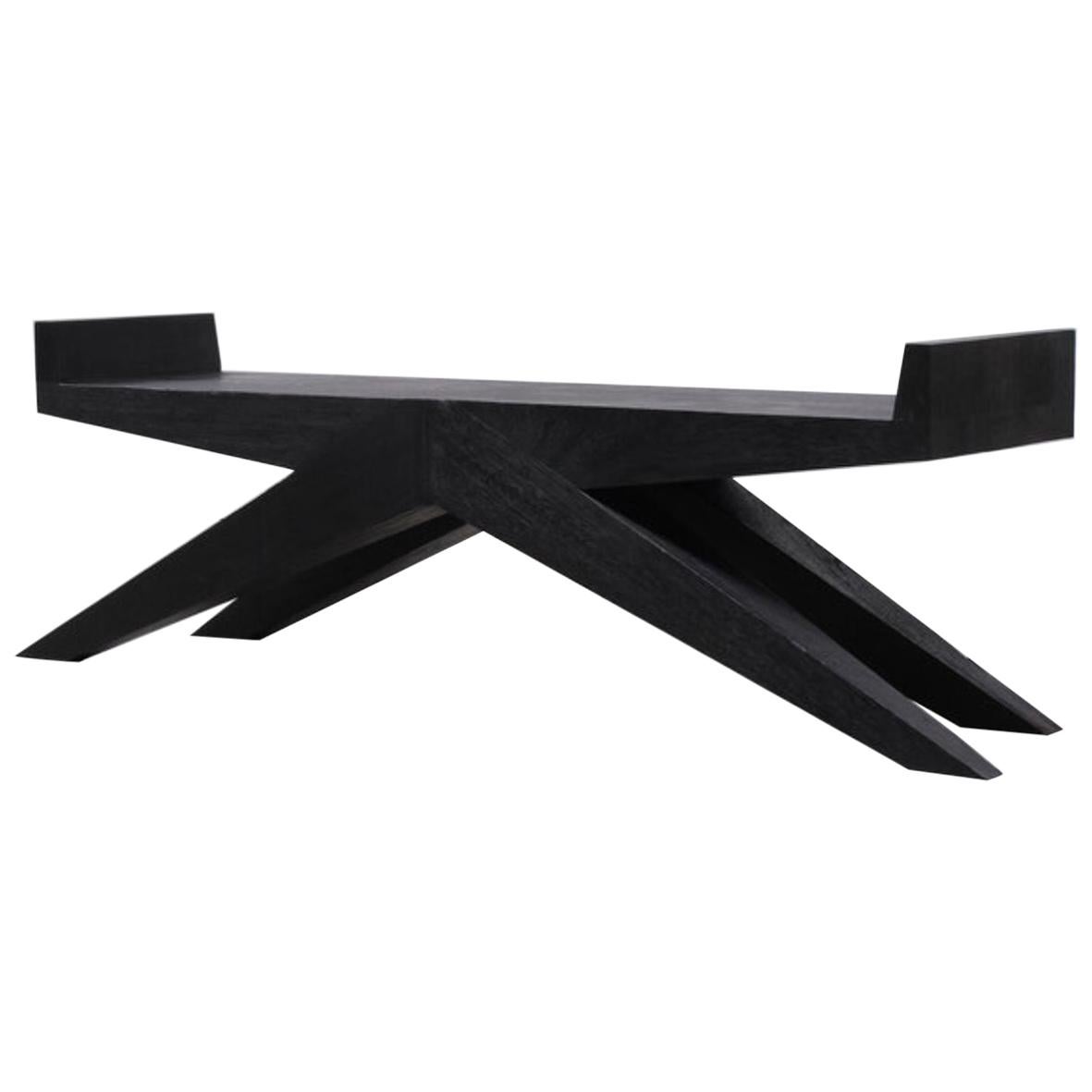 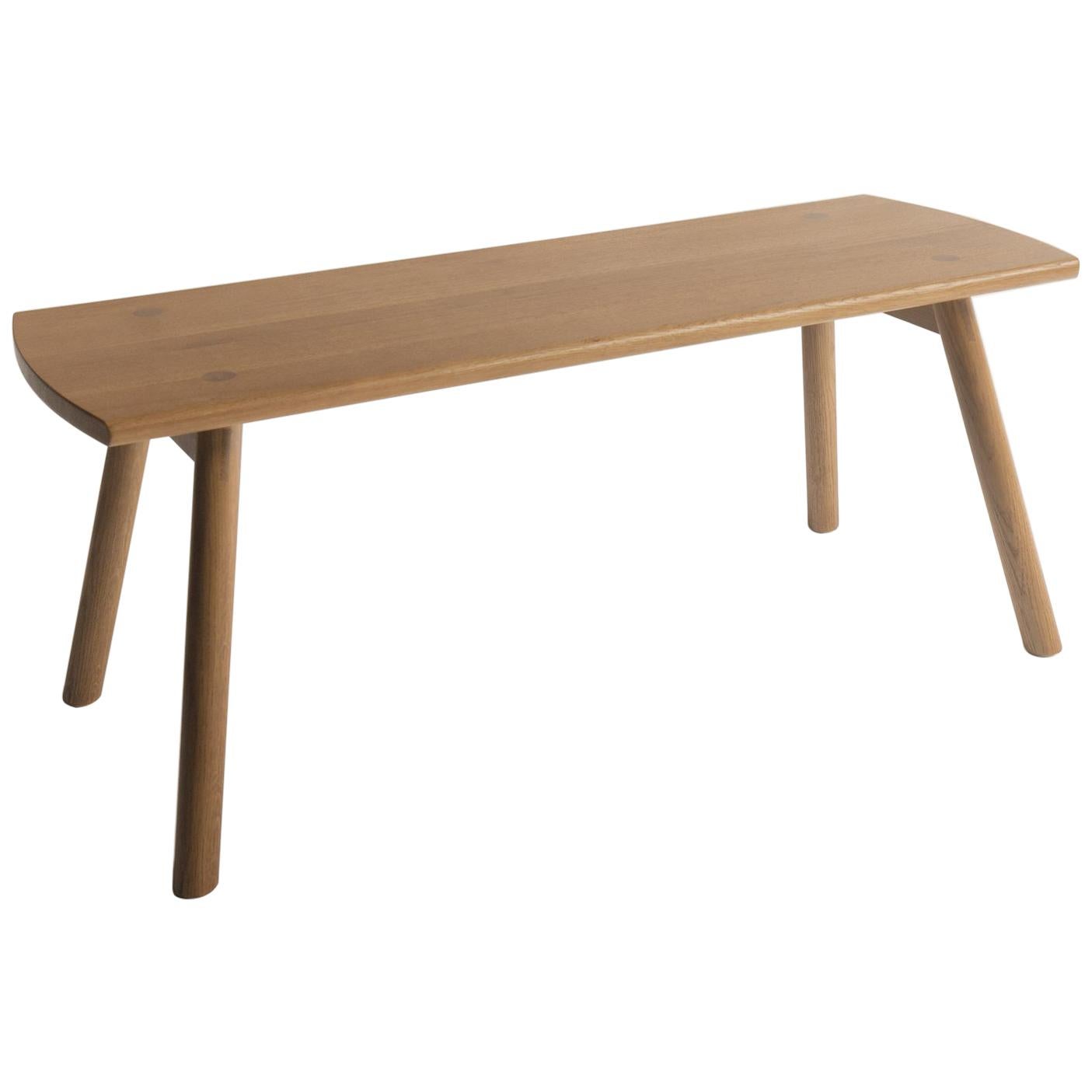 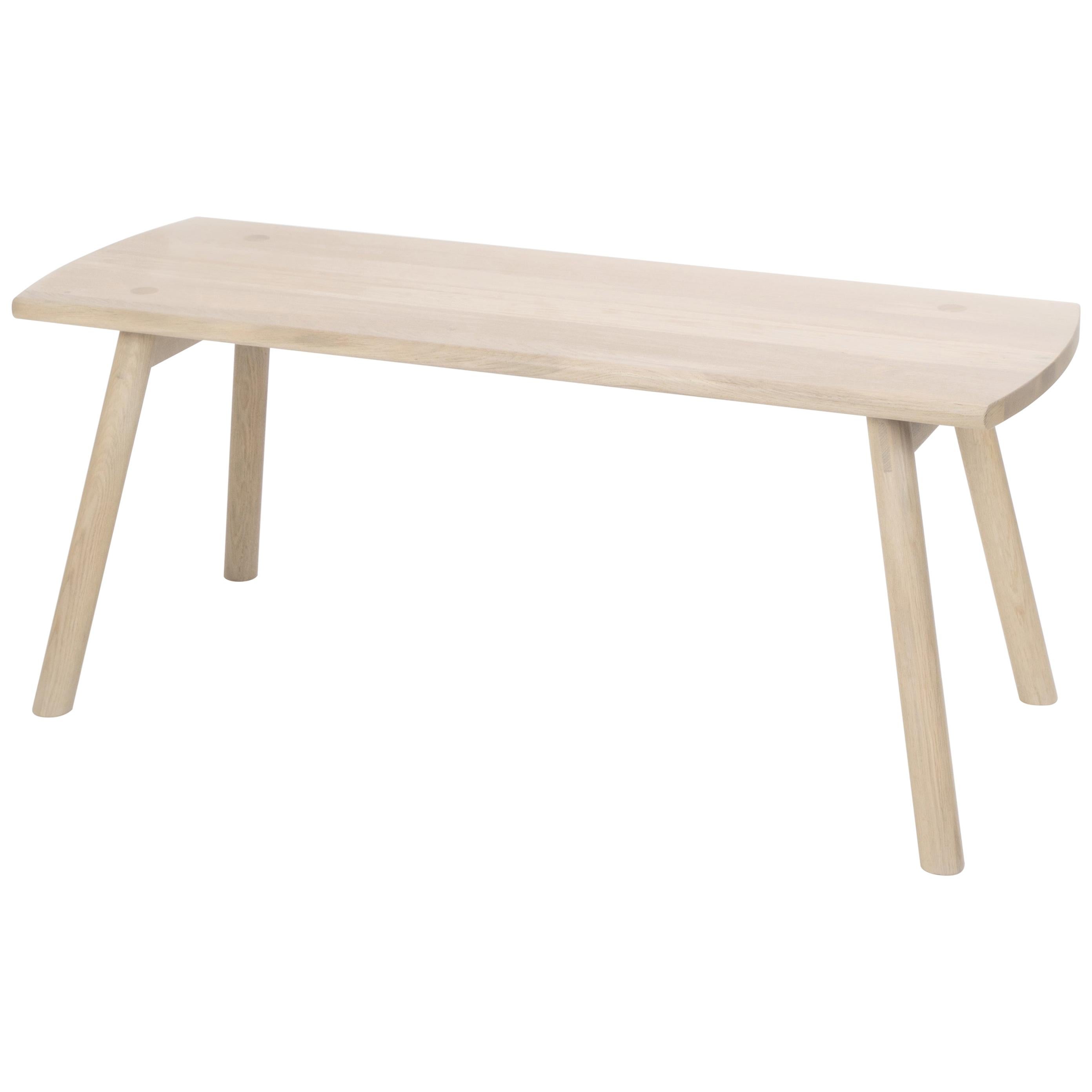 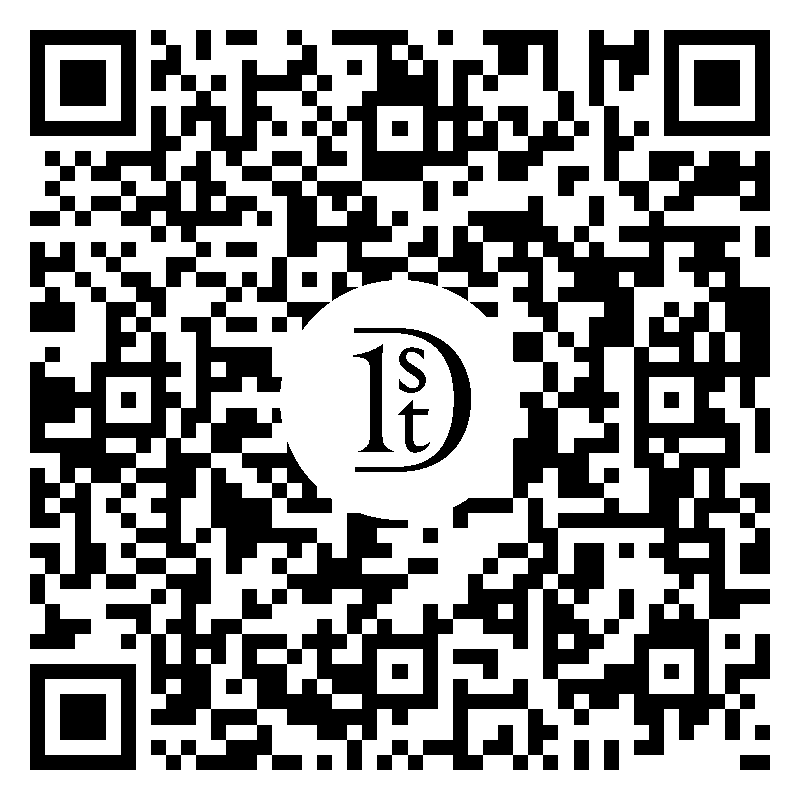 This elegant and impressive bench has been designed by Giorgio Armani in the spirit of Jean Michel Frank, the iconic French designer who nowadays is still considered as the master of minimalist elegance. The bench is executed in beautifully finished Iroko hardwood and boasts a large seating area which can be used also as low console or in front of large bed. Armani designed this line of furniture combining minimalist shapes with a very sophisticated wood treatment: the Iroko Mocha hardwood has been pickled and afterwards finished and lacquered in dark blue which gives unique look to this item. Produced by Armani in a small series only. We have also in our inventory the matching executive desk and side table. 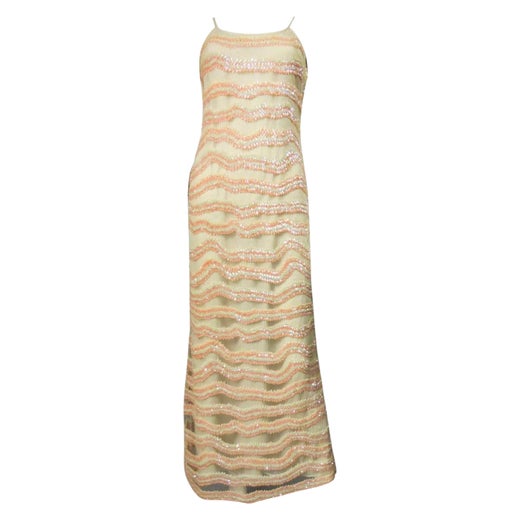 Fashion may be a fluid industry that evolves with the times, but few designers were gutsy enough to break with the norms and endeavor to revolutionize it the way Piacenza, Italy, native Giorgio Armani did.

When he established his brand with his personal and professional partner, architect Sergio Galeotti, in 1975, Armani created jackets, evening dresses and other clothing that sharply departed from the form-fitting designs that his competitors were producing. Working with a subdued color palette and light fabrics, Armani instead pioneered power dressing. By the early 1980s, the designer was lauded for his sleek but relaxed-fit shirts in washed greens and beige tones for men and elegant, broad-shouldered suits for career-minded women. His collections were intended to fit naturally but confer a sense of confidence on the wearer, and the designs were just as luxurious as the garments that were gliding down Milanese catwalks at the time.

Armani, a shipping manager’s son, spent his childhood wanting to become a doctor, and he even studied medicine briefly at the University of Milan before dropping out and joining the army. In the late 1950s, he was hired as a window dresser at the Milan department store La Rinascente before moving into the role of menswear buyer. When he realized that his calling was in fashion design, not buying, he left La Rinascente to train at Nino Cerruti’s atelier and eventually began to take on what became a wealth of freelance design work.

At Galeotti’s urging, Armani opened his own design office in 1973, and two years later, he established his eponymous label of ready-to-wear for both men and women that challenged fashion’s traditional silhouettes and the conventions of tailoring.

“I was the first to soften the image of men and harden the image of women,” Armani has said of his early years. The designer dressed men in soft textures such as silk and linen that were traditionally relegated to feminine garments and designed power suits for women — an audacious and undeniably androgynous take on high fashion that was well received by critics. He won the Neiman Marcus Fashion Award in 1979, and his collections for men and women gained legions of admirers in Europe. However, it wasn’t until the premiere of the film American Gigolo — featuring heartthrob Richard Gere exclusively outfitted in a crisp, sleek and sexy Armani wardrobe — that the brand took off in the United States.

Today, Armani is still designing ready-to-wear collections, and the luxury house has expanded over the years into home decor, hospitality and more. In February 2020, at the onset of the Covid-19 crisis, Armani was the first fashion house to close its runway shows to the public in order to limit exposure. In early 2022, the brand was among the first to cancel men’s and haute couture shows scheduled in January.

1stDibs Buyer Protection Guaranteed
If your item arrives not as described, we’ll work with you and the seller to make it right. Learn More
About the Seller
5.0
Located in Renens, Switzerland
Gold Seller
These expertly vetted sellers are highly rated and consistently exceed customer expectations.
Established in 2009
1stDibs seller since 2021
78 sales on 1stDibs
Typical response time: 4 hours
More From This SellerView All
People Also Browsed
You May Also Like