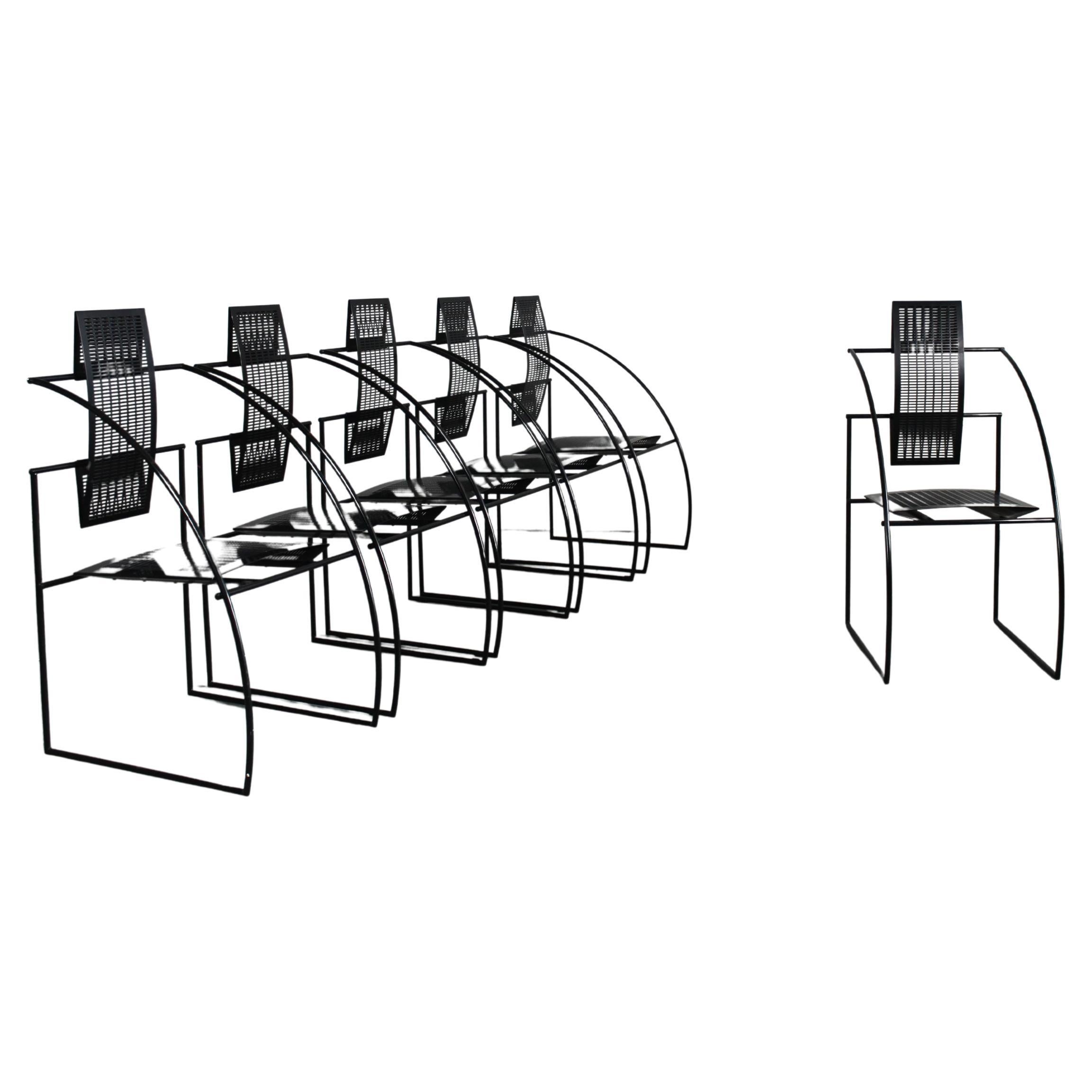 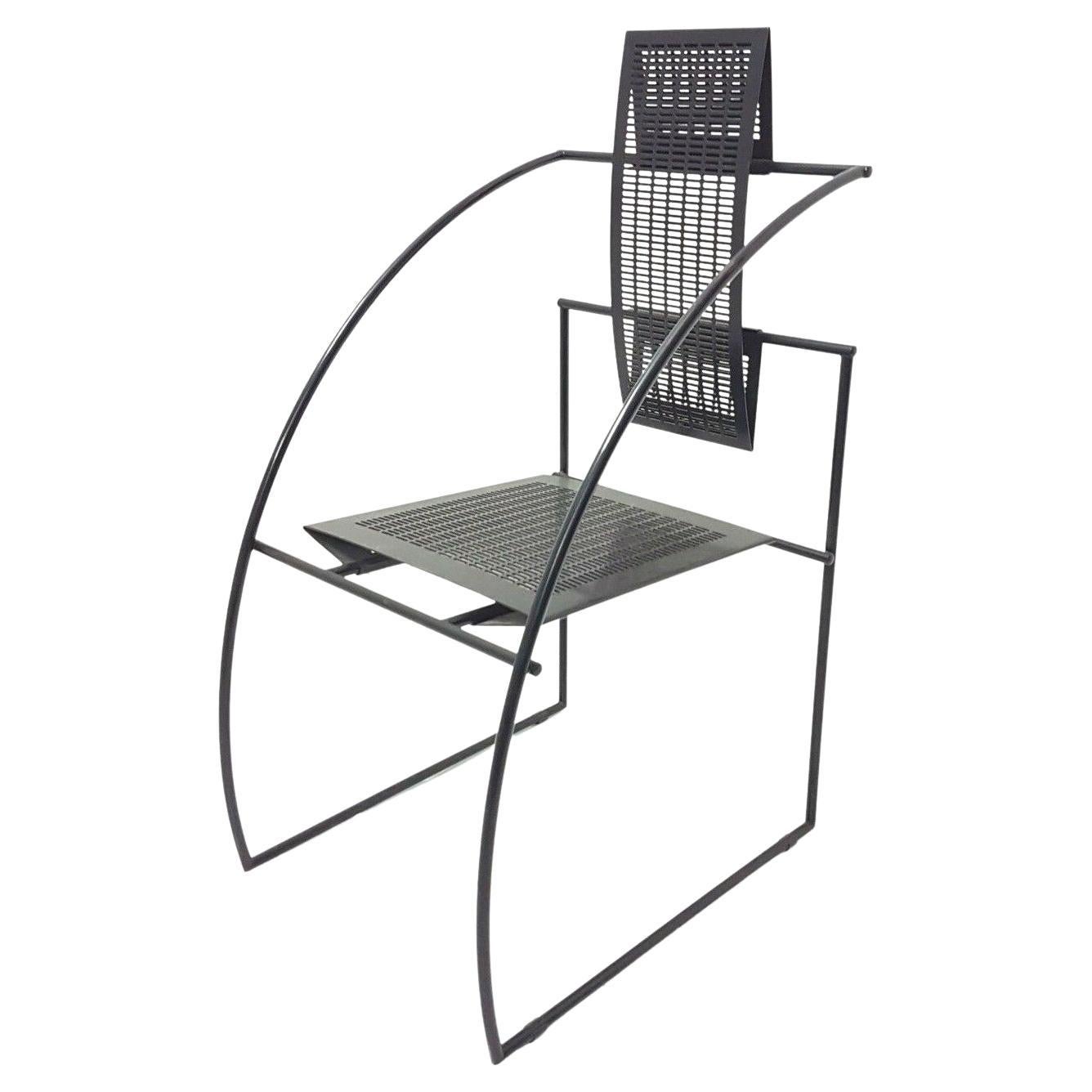 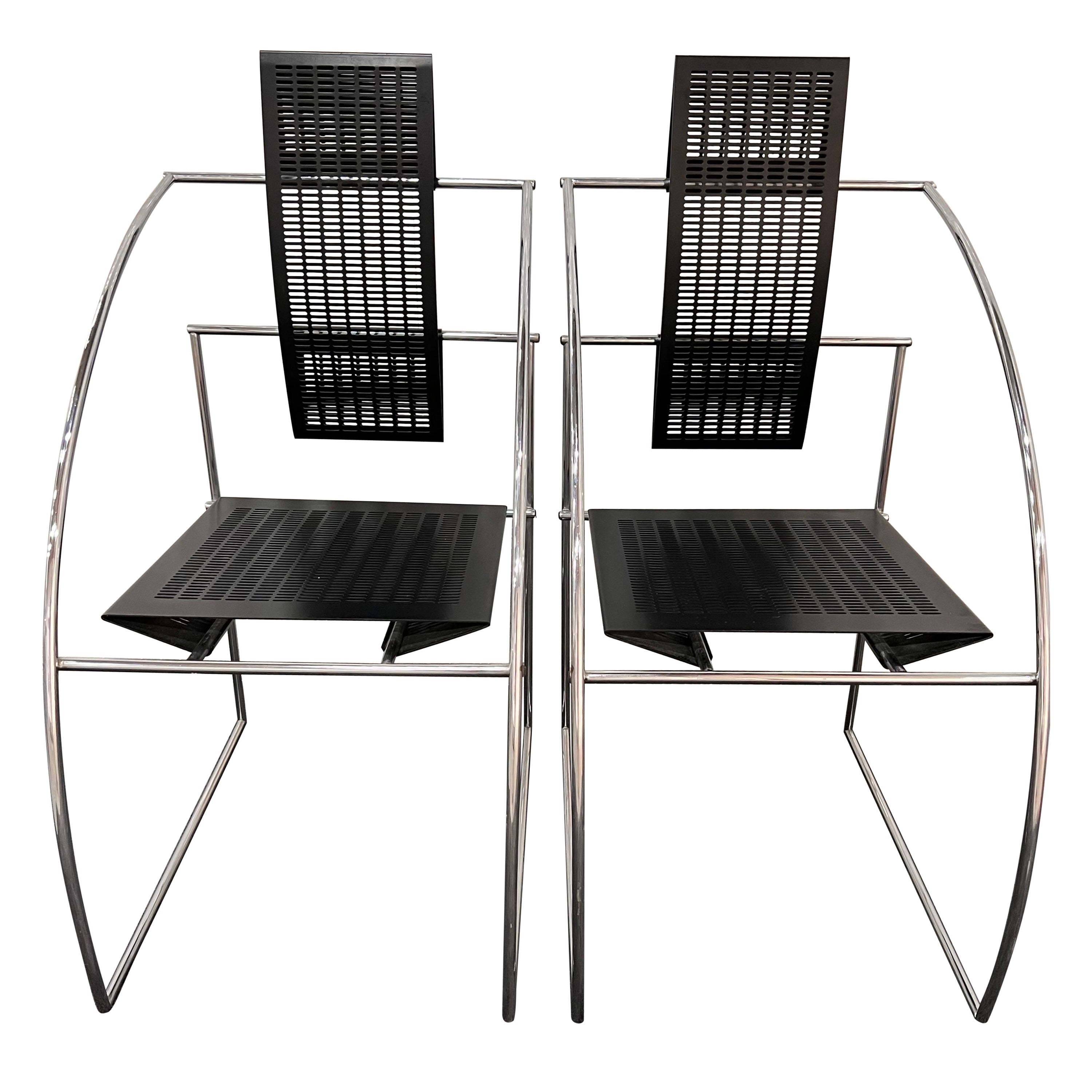 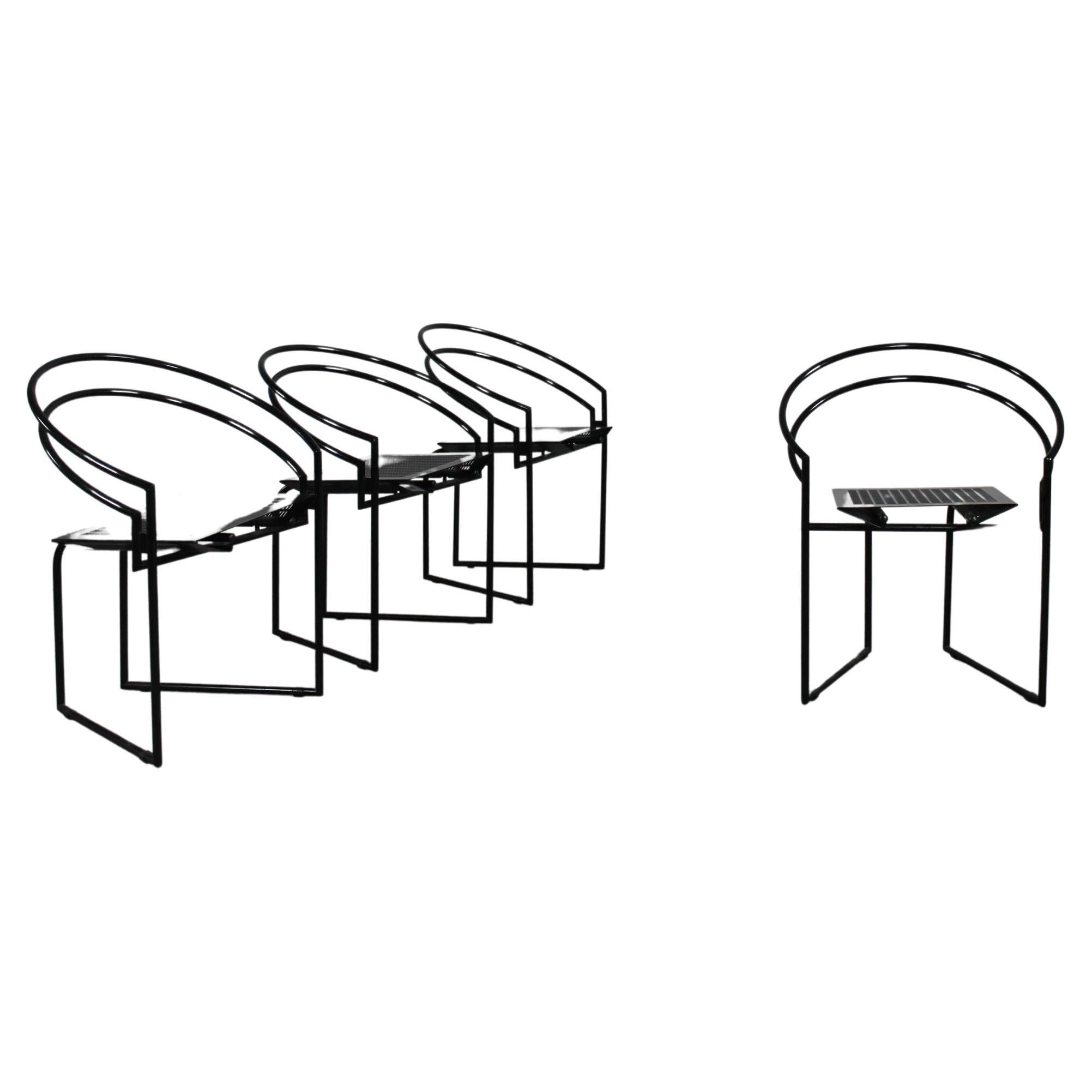 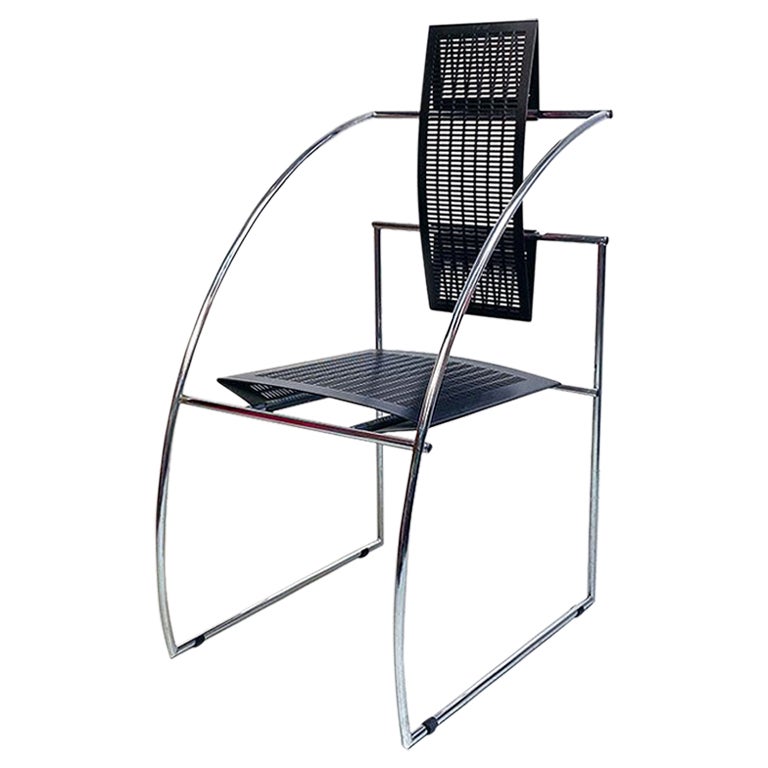 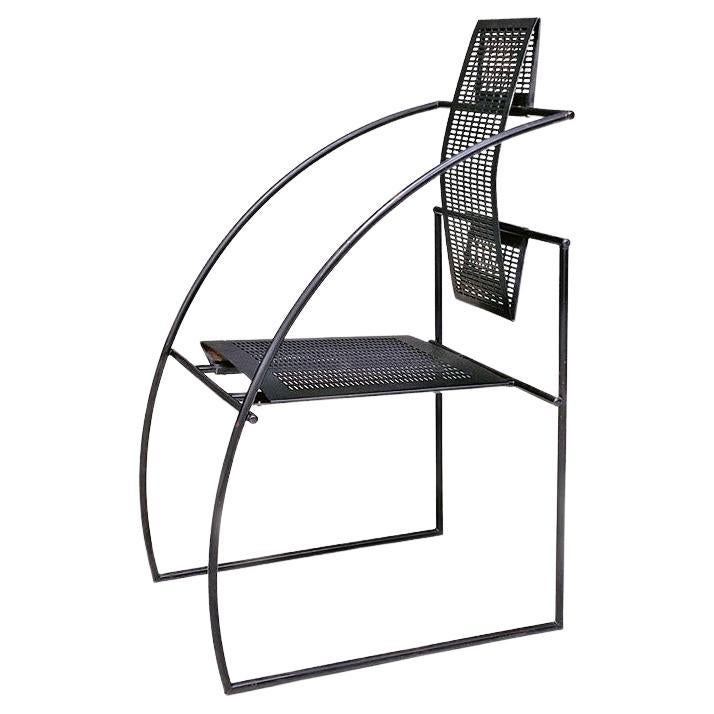 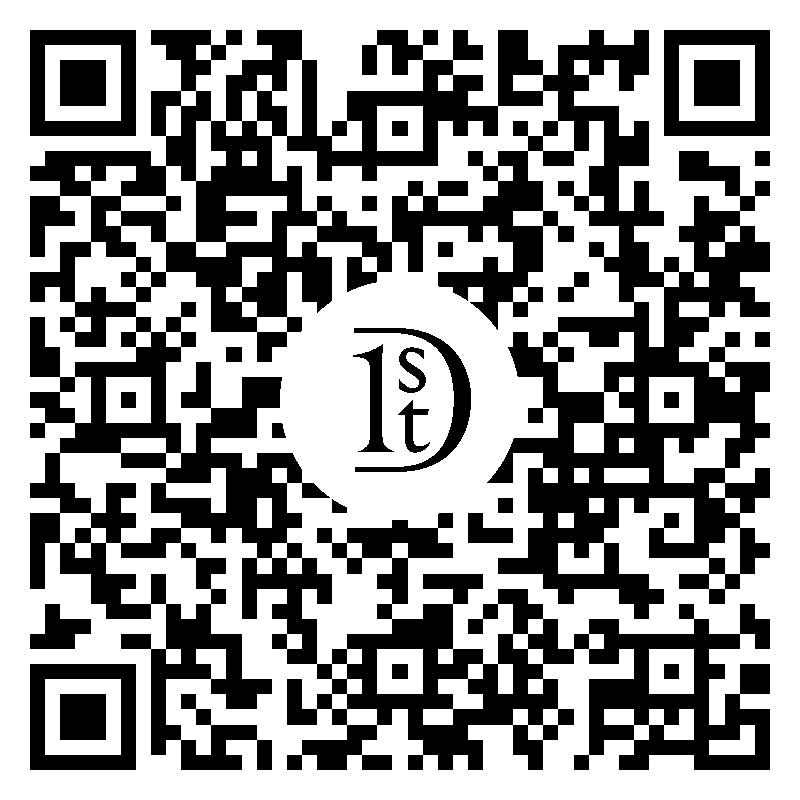 Set of ten chairs Quinta in black painted steel, back and seat in perforated metal sheet. Designed by Mario Botta for Alias in 1985. 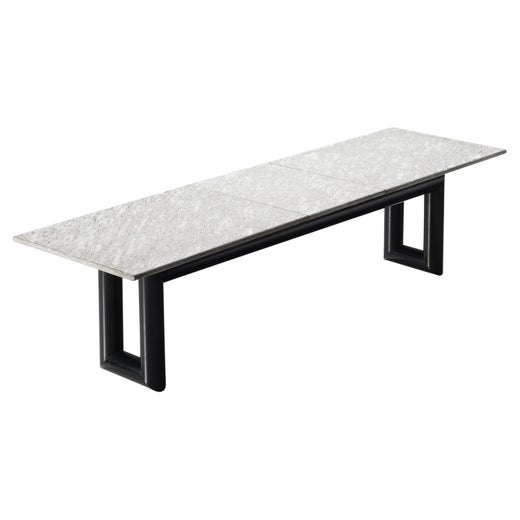 Swiss architect Mario Botta may be renowned for his impressive postmodern architecture projects such as the San Francisco Museum of Modern Art, but the chairs, lighting and other furniture he created reflect a mastery of geometrically rich forms and an elegant application of simple symmetry.

Born in Mendrisio, Switzerland, in 1943, Botta gained an interest in architecture at an early age. He apprenticed at the architectural firm Carloni and Camenisch and designed his first building — a two-family house at Morbis Superiore in Ticino — at age 16. During the early 1960s, Botta attended the Liceo Artistico in Milan and then studied at the University Institute of Architecture in Venice under art historian Giuseppe Mazzariol and influential Italian architect Carlo Scarpa.

While studying in Venice, Botta worked for Swiss-born French architect Le Corbusier — whose career spanned hundreds of architecture projects — and gained inspiration from Estonian-American architect Louis Kahn, who was known for his modern and brutalist architectural style. In 1969, Botta completed his studies and established his practice in Lugano, designing and building single-family homes.

Throughout the 1970s, Botta gained fame for his innovative, geometrical designs and deceptively simple forms, such as his first large-scale building project in 1977 — the Middle School in Morbio Inferiore, Switzerland. Botta later established himself as one of the masters of 1980s postmodern design in his architecture and his furniture. His postmodern ideas characterize the dining room tables and seating he designed for companies such as Alias, as well as his table lamps and floor lamps for Artemide.

Botta’s noteworthy architectural projects designed during the 1990s and 2000s include the Cymbalista Synagogue and Jewish Heritage Center in Tel Aviv, Israel; the Monastery of the Holy Apostles Saint Peter and Andrew in Lviv, Ukraine; and the Theater of Architecture in Mendrisio, in 2018.

About the Seller
5.0
Located in Montecatini Terme, Italy
Platinum Seller
These expertly vetted sellers are 1stDibs' most experienced sellers and are rated highest by our customers.
Established in 2001
1stDibs seller since 2020
74 sales on 1stDibs
Typical response time: <1 hour
More From This SellerView All
You May Also Like