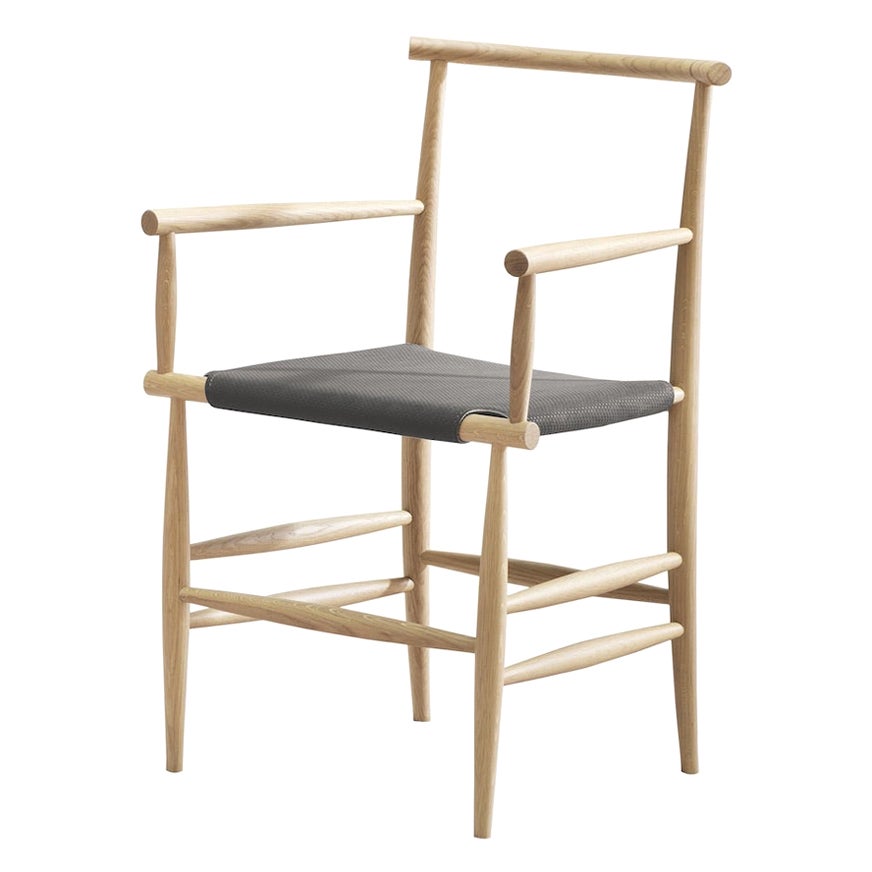 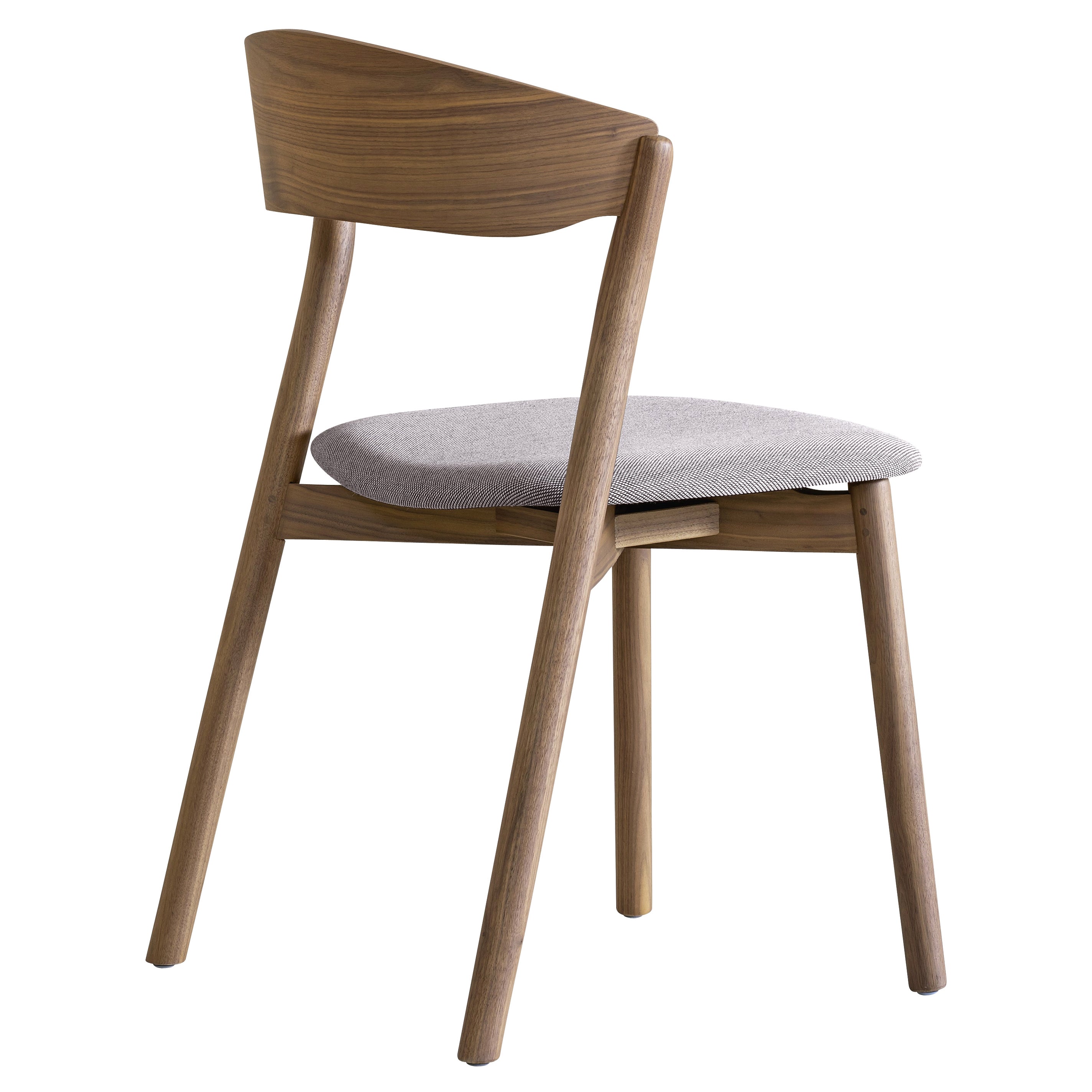 Iola Upholstered Chair in Black Metal Base, by E-ggs 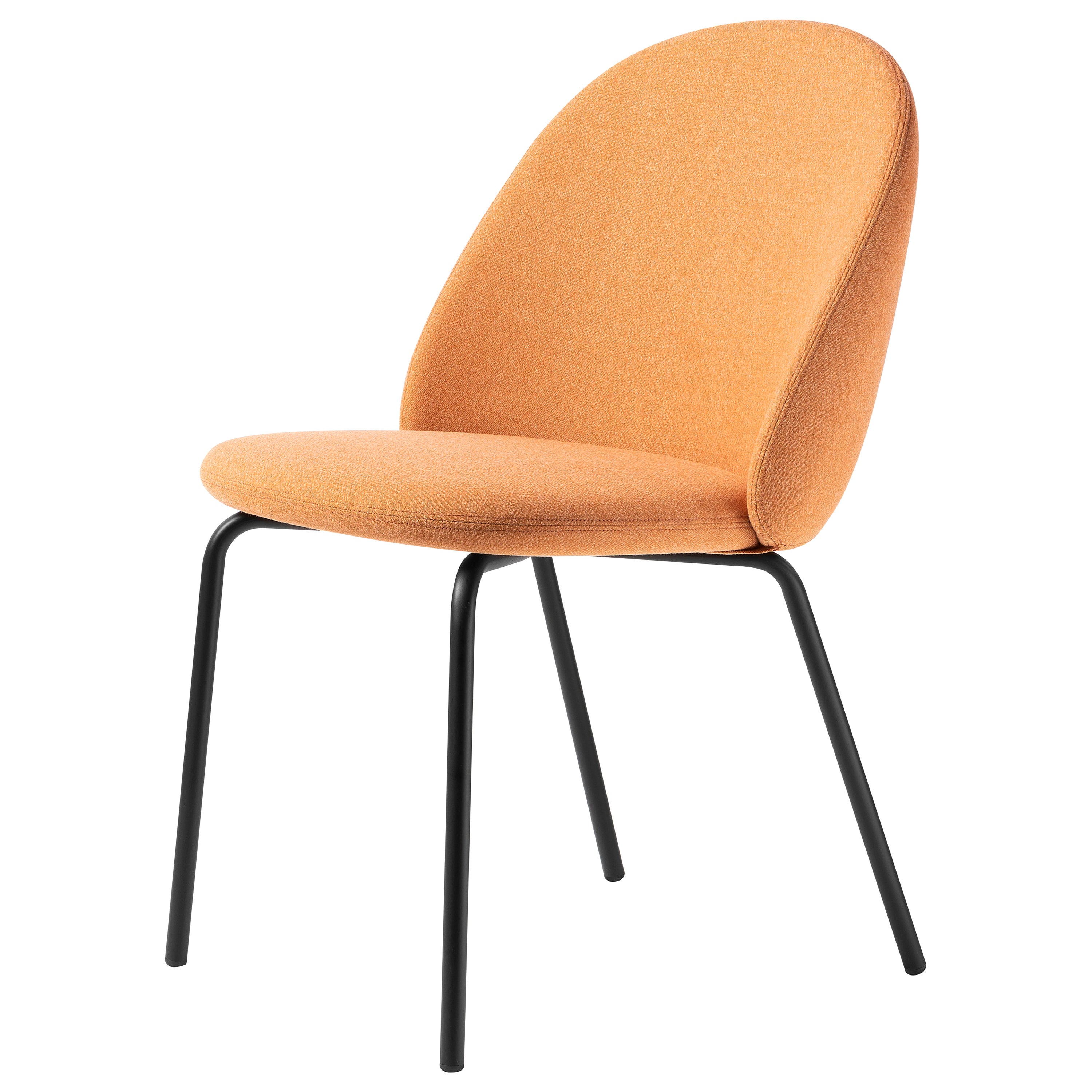 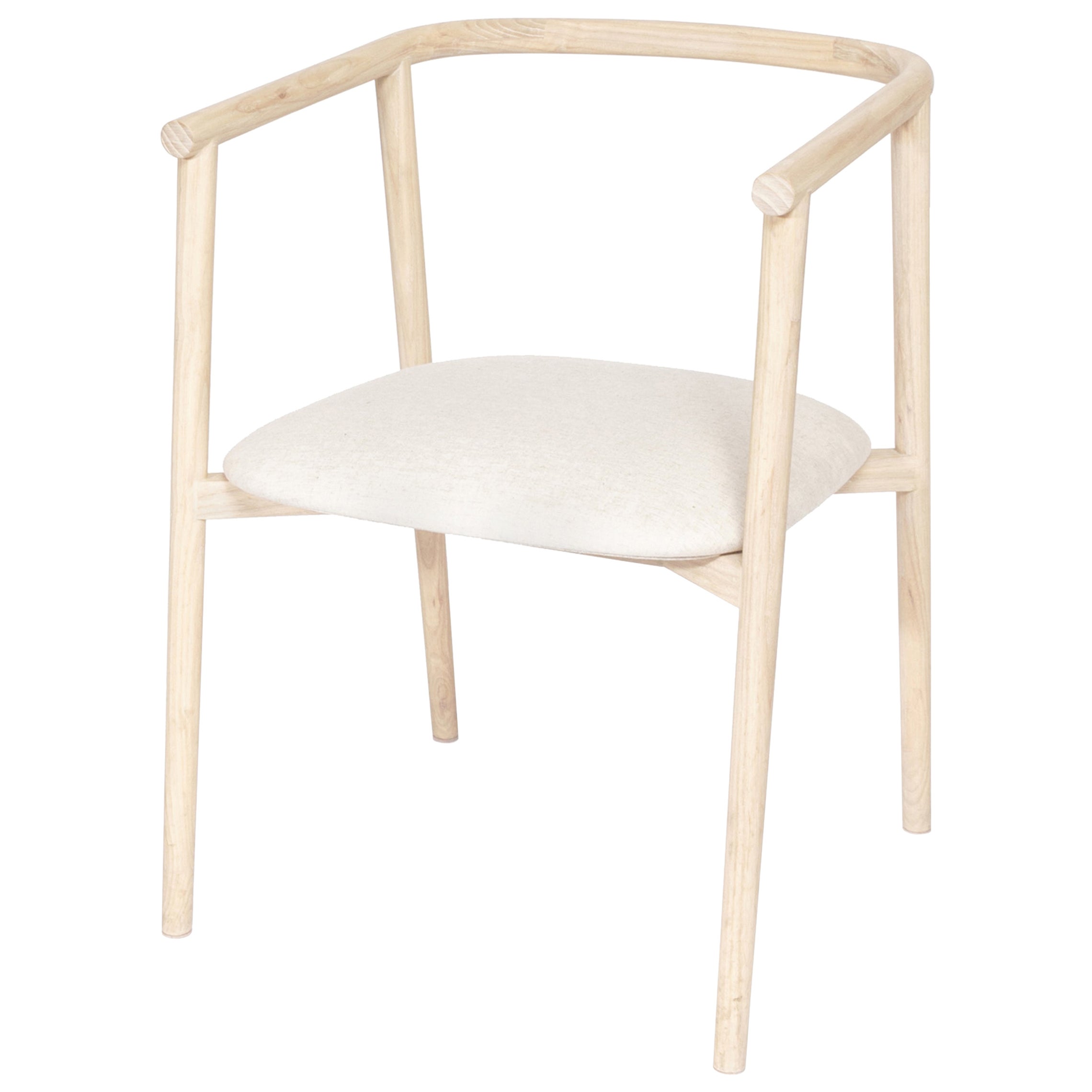 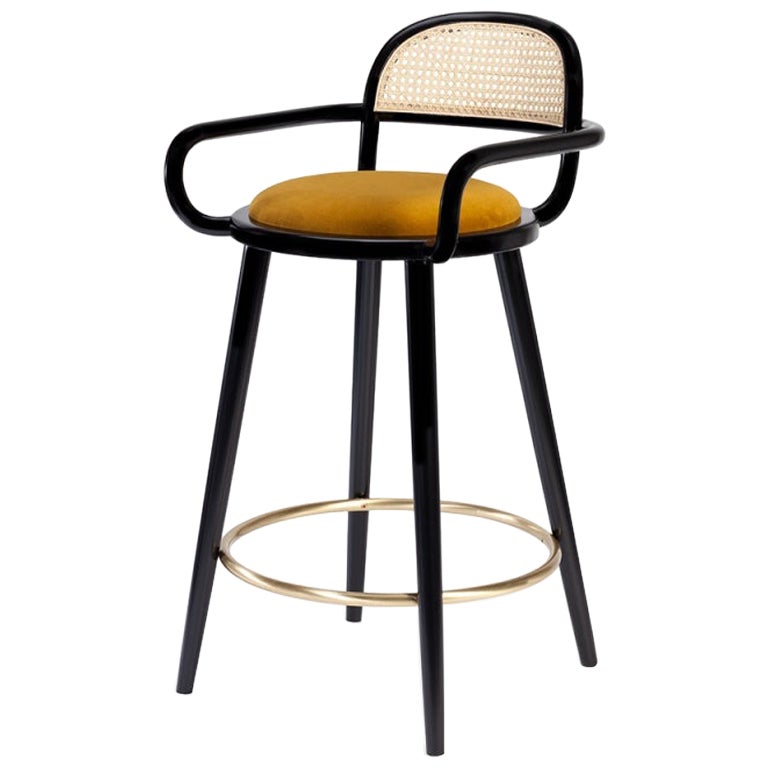 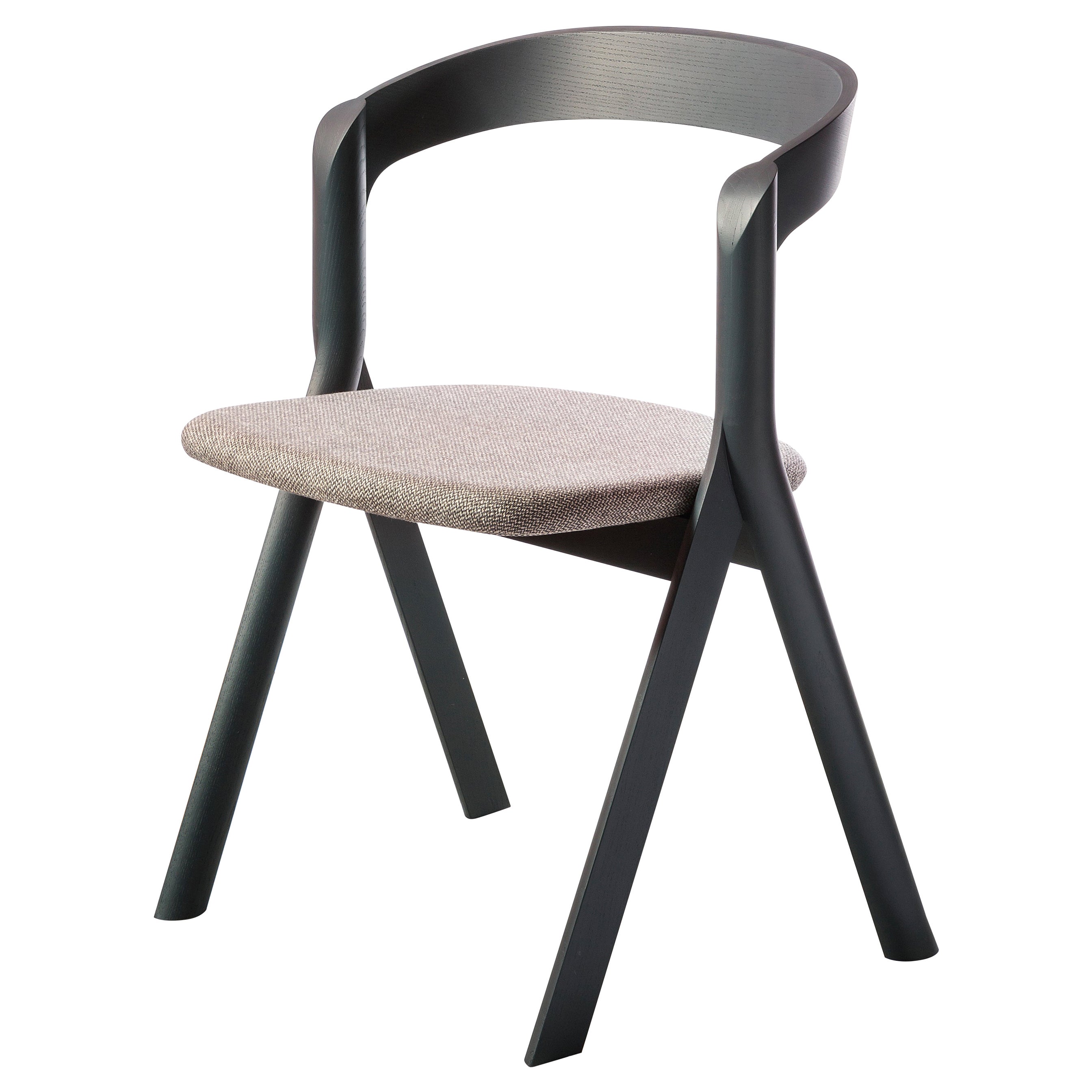 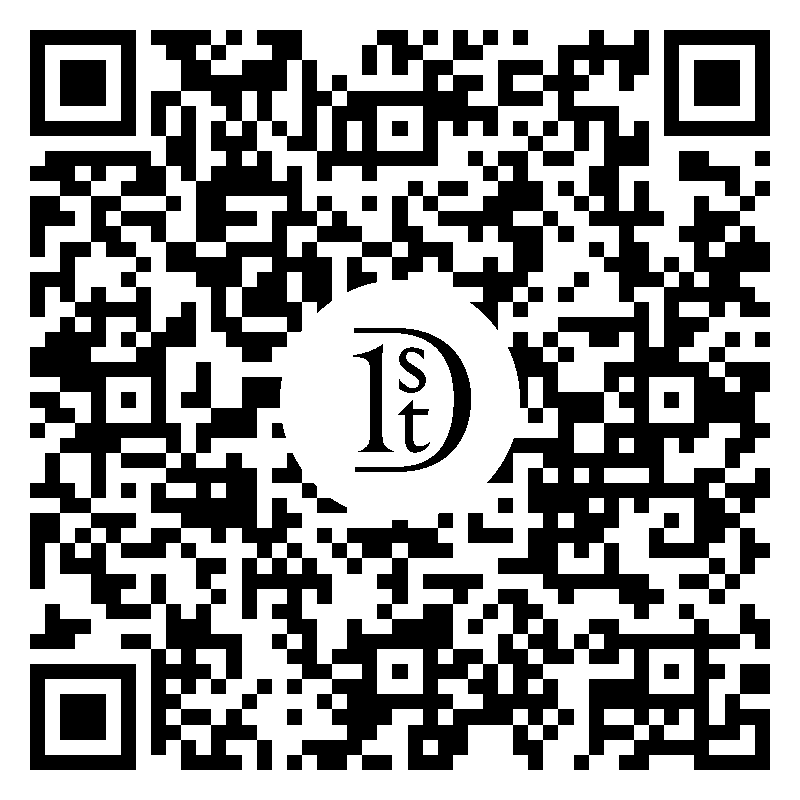 This Pellerossa chair is shown here without an armrest, in black aniline wood with nine upholstery seating fabrics to select from. The upholstery options include leather, vegetable leather or sponge fabric. The Pellerossa's chair structure is also available in beech, Canaletto walnut or oakwood, as well as with an armrests, and in stool form. If you are interested in the Pelleossa chair in an additional structural material, with arms or as a stool chair. In 2003, after attending the European Institute of Design, he worked in Enzo Mari's studio . In the meantime he started his activity as an independent designer collaborating with Italian and foreign companies. Since 2004 he has developed self-production projects in small series. He works in close collaboration with the artisans, careful to personally control all phases of product development and being passionate about the problems of the project, in particular those that relate to wood and craftsmanship. In the same years he worked and collaborated with the model maker and luthier Francesco Rivolta. In 2007 he participated for the first time in the Salone Satellite with the "Quadrato" table which went into production and was selected for the permanent Cosmit collection. In 2009 he met Michele De Lucchi with whom he began a collaboration still in progress. In 2010 he participated in the Salone Satellite for the second time and together with Alvaro Catalan de Ocòn he won the 2010 Design Report Award . Since 2010 he has been a professor of Industrial design at the NABA in Milan with a Product Design course entitled "Non-Object Projects". In 2012 he was invited by the NGO "Liveinslums" to design the furnishings of the "why not academy" in Nairobi. In 2012 he designed the interiors of the 28 Places restaurant” In Milan creating the furnishings with the prisoners of the Bollate rison in Milan, in a laboratory set up for this project and still functioning. In 2013 he was invited, as "Affiliated Fellow" to spend 4 months at the prestigious American Academy in Rome , where he carried out research aimed at creating a mapping of the production-artisan fabric of the historic center of Rome. Also in 2013, at the Triennale he presented a collection of objects selected in the Nairobi slums, made with urban waste but with the typical logics of serial production; The exhibition is entitled "" Made in slums "", curated by Fulvio Irace. It collaborates with Italian and foreign companies and NGOs such as Tod’s , Saeco, Danese, Miniforms, Bolia, Valsecchi 1918, Officinanove, Liveinslums as well as constantly carrying out research through small series work. His work has been published in the most important national and international magazines (Domus, Interni, Abitare, Intramuros, Wallpaper, Details, Inventario, Design Report, Monocle, Elle Decor, ...) Additional information: Dimensions: Seat height 47.4 cm, overall chair height 84 cm, width of chair 43 cm, depth of chair 50 cm. Seat finishes available in: Upholstered in vegetable leather, leather, and sponge fabric. Base finishes: Available in solid black aniline wood. If you are interested in the beech, Canaletto walnut, or oakwood. Structural options: Shown without arms. If you are interested in the chair as a stool or with arms. Prices may vary. VAT not included. 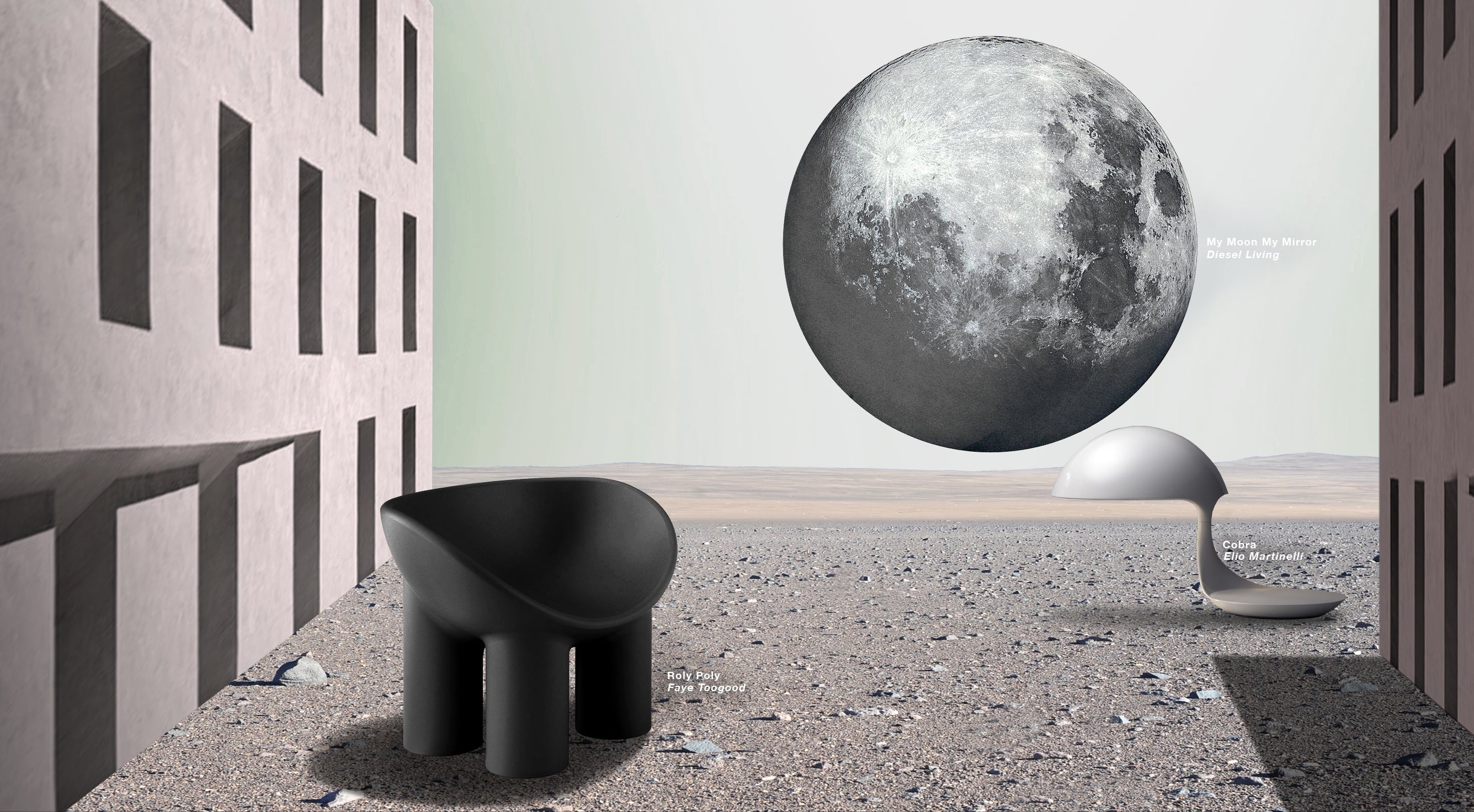 Diamond Seller
These expertly vetted sellers are 1stDibs' most experienced sellers and are rated highest by our customers.
Established in 2015
1stDibs seller since 2015
1,129 sales on 1stDibs
Typical response time: 2 hours
More From This Seller
View All From Seller

Neutra Ash Carved Wood Chair with Upholstered Seat
By Cotidiano
Located in Mexico City, MX
The Neutra Chair finds inspiration in Richard Neutra´s architecture. It develops itself as a piece of furniture for practical comfort, with solid wood and upholstered seat with its s...
Category

$840 / item
Luc Bar Chair in Solid Wood, Brass and Upholstered Seat
By Mambo Unlimited Ideas
Located in Lisbon, PT
When it comes to Luc bar stool, the playing field is the cross-section where functional design and craftsmanship of the highest quality meet art. This chair is made of solid oakwood ...
Category

$1,225 / item
Molteni&C Miss Leather Semi-Upholstered Chair in Black Wood by Tobia Scarpa
By Tobia Scarpa, Molteni & C
Located in New York, NY
Part of the Molteni&C Heritage Collection is a re-make of the Miss chair, designed by Afra and Tobia Scarpa in 1986. The form is linked to a system of soft, unbroken, linear rhythms....
Category

$2,091 / item
Luc Chair Upholstered Seat
By Mambo Unlimited Ideas
Located in Lisbon, PT
When it comes to Luc chair, the playing field is the cross-section where functional design and craftsmanship of the highest quality meet art. This chair is made of solid oakwood stru...
Category