This Arne Norell for Møbel AB Sweden Pair of 'Löven' Lounge Chairs in Leather is no longer available. 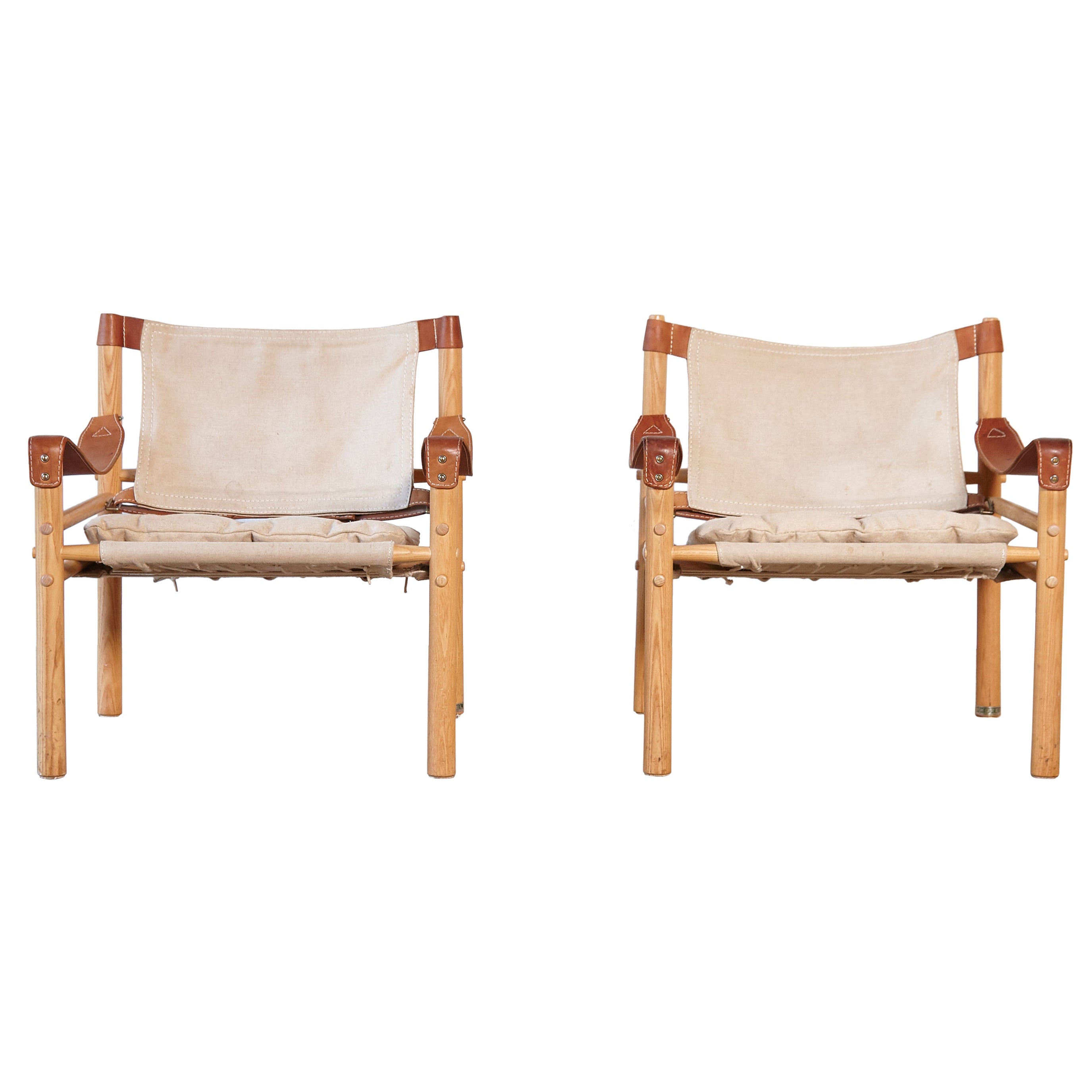 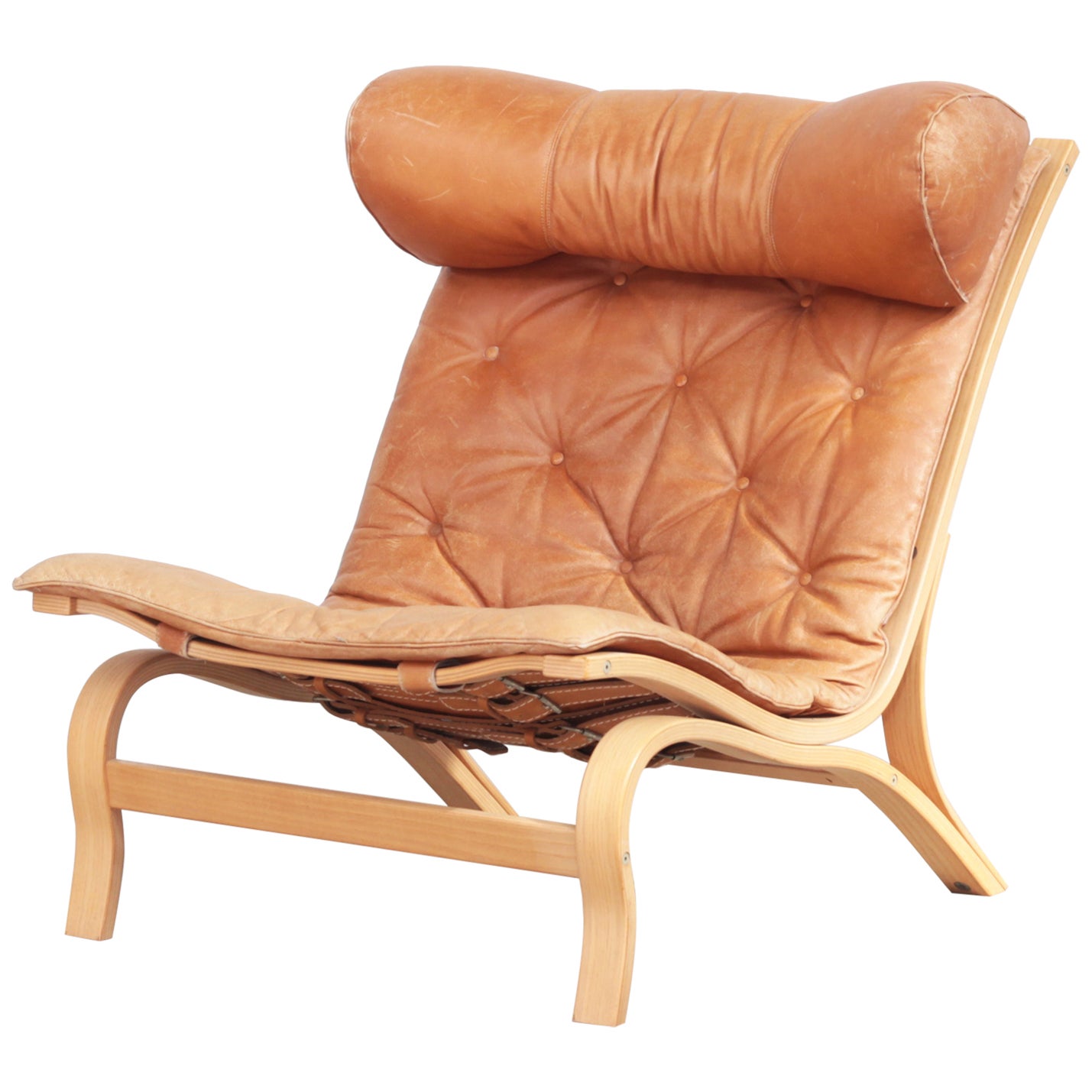 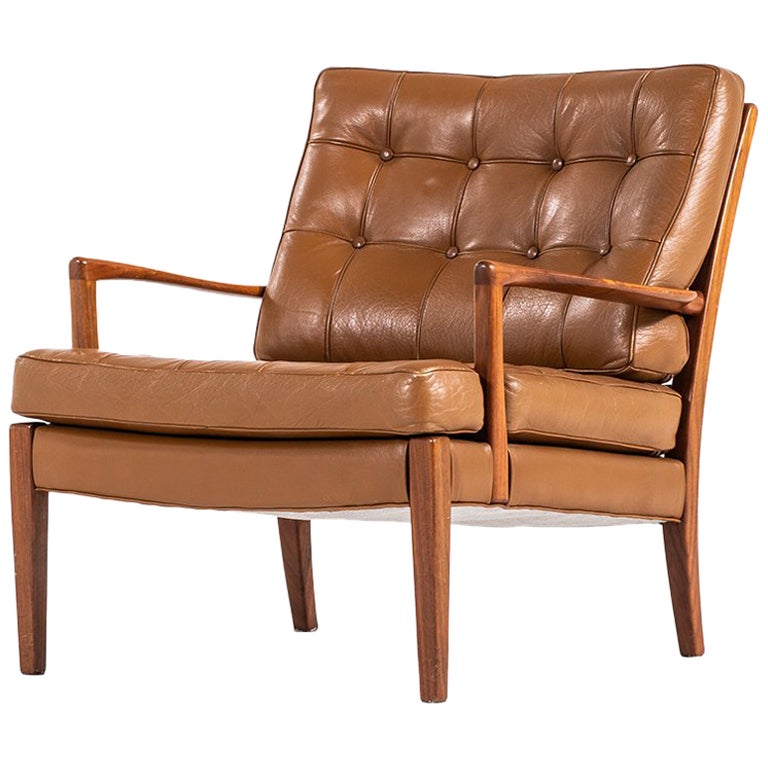 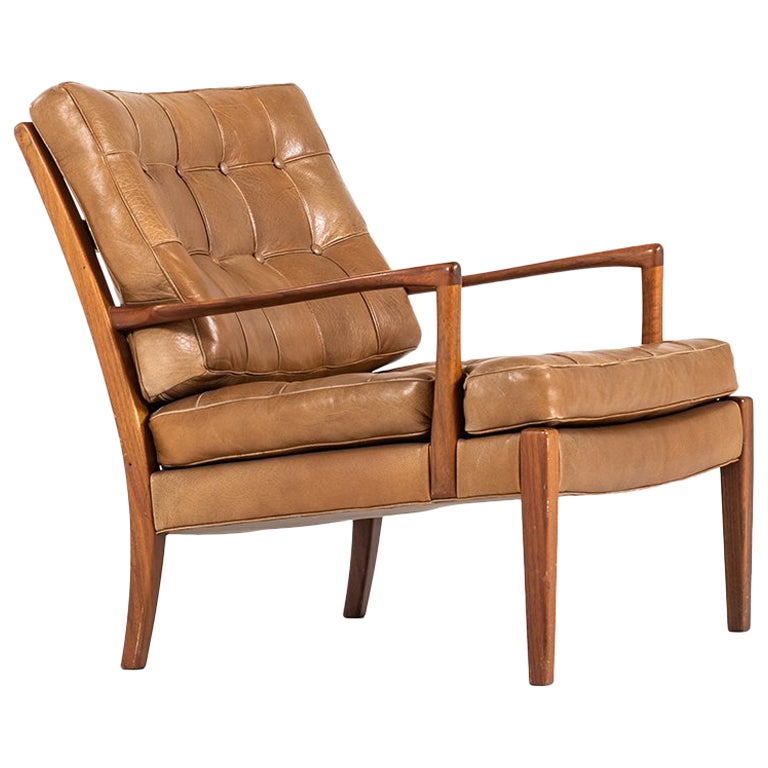 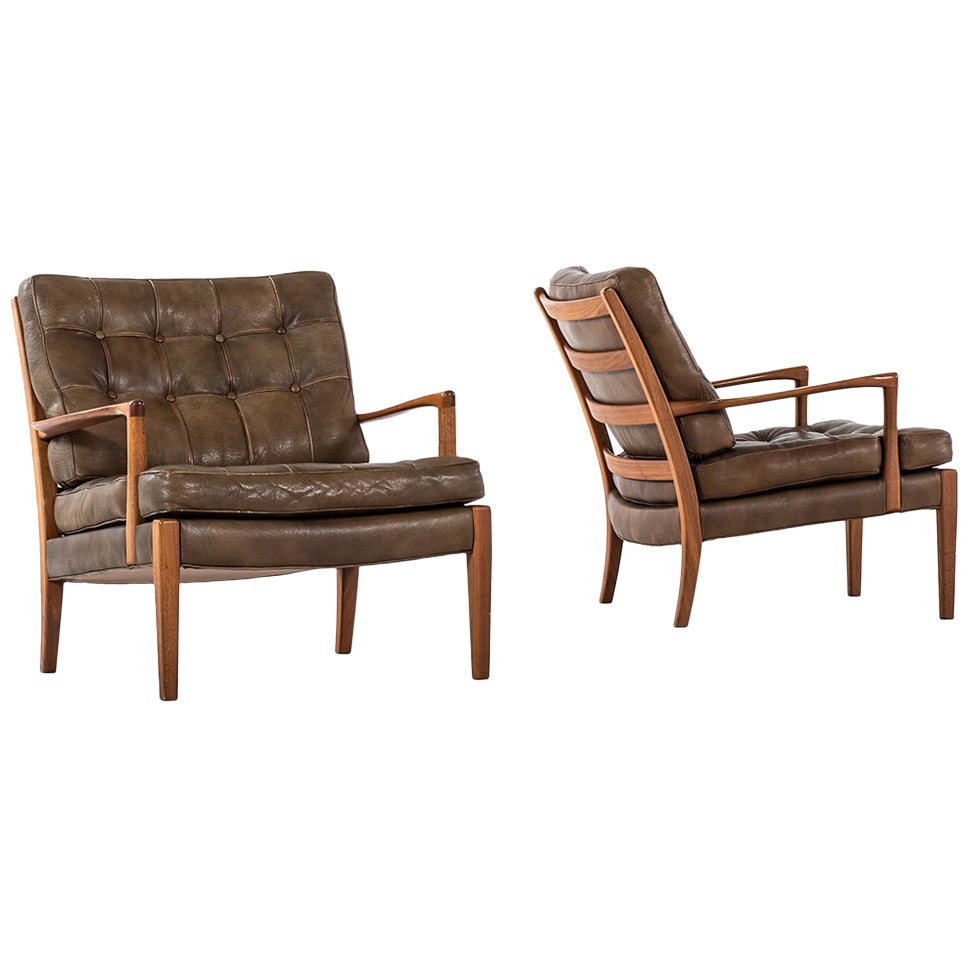 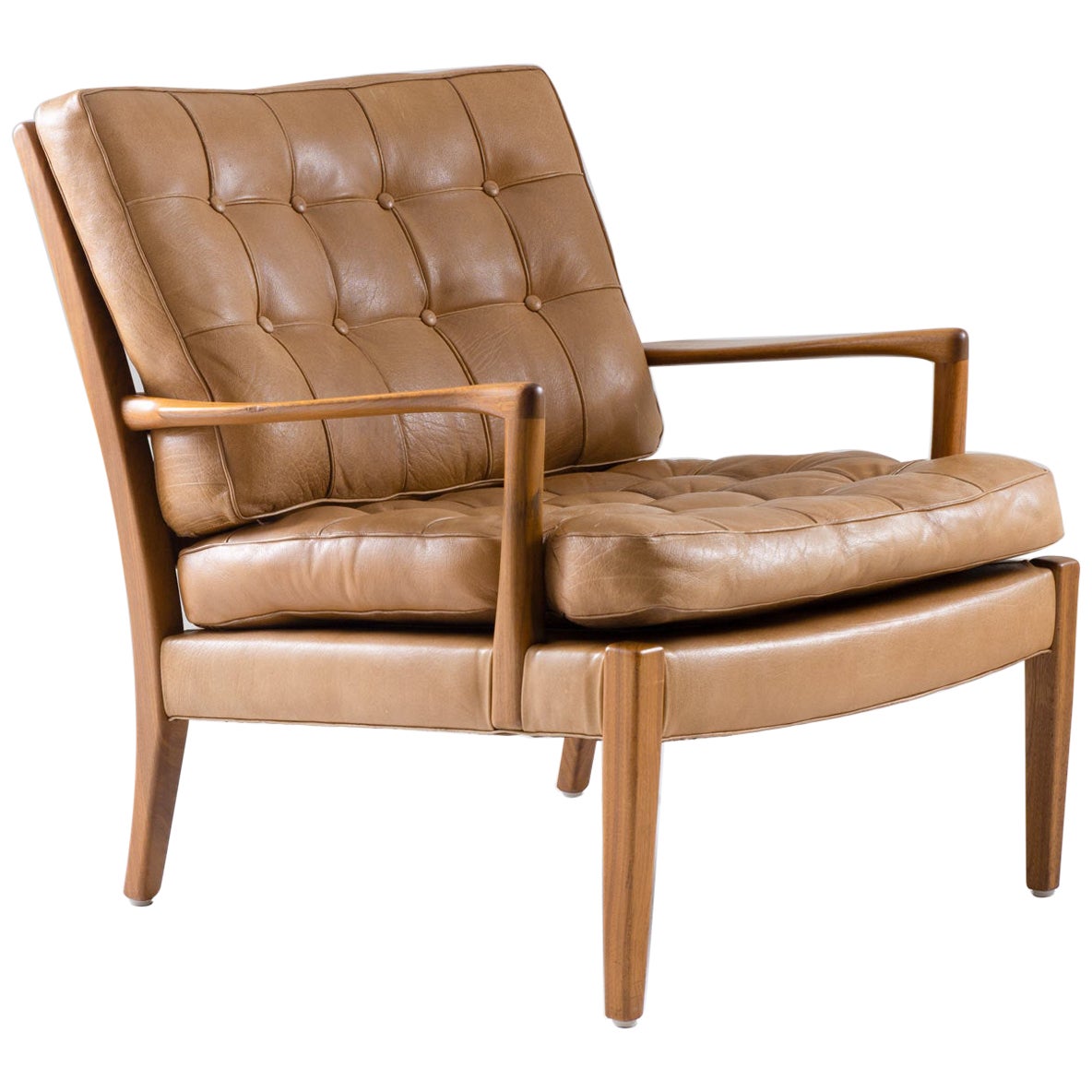 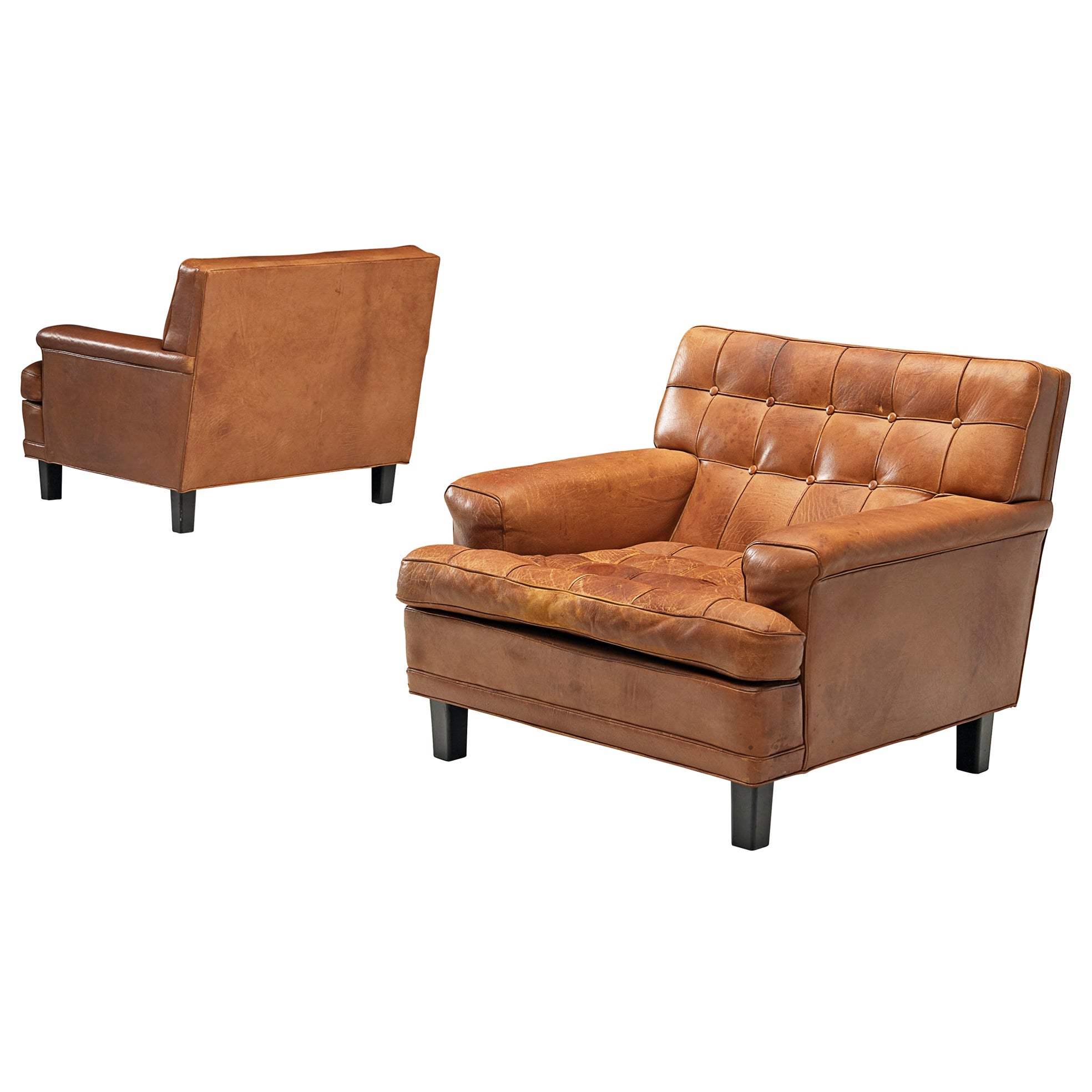 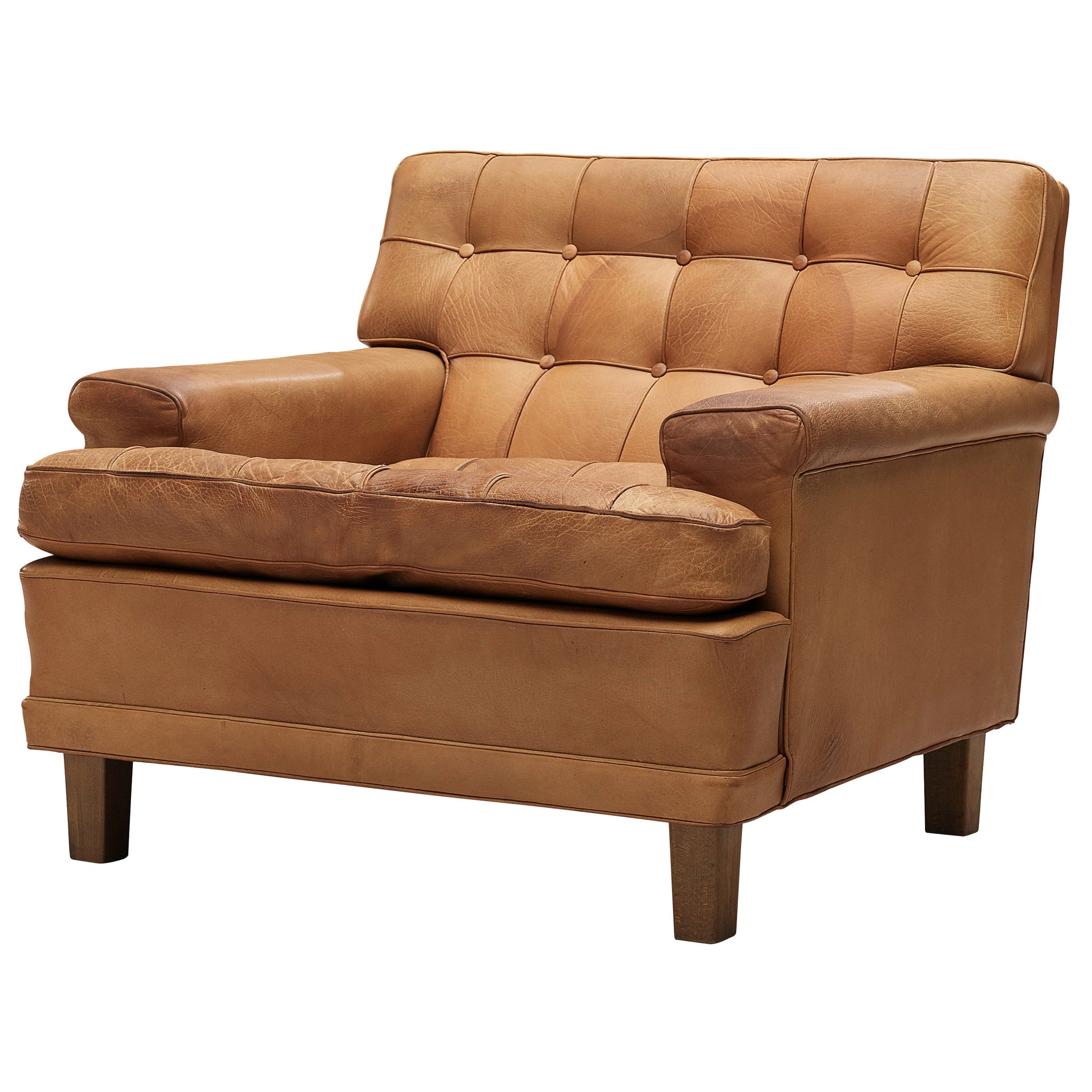 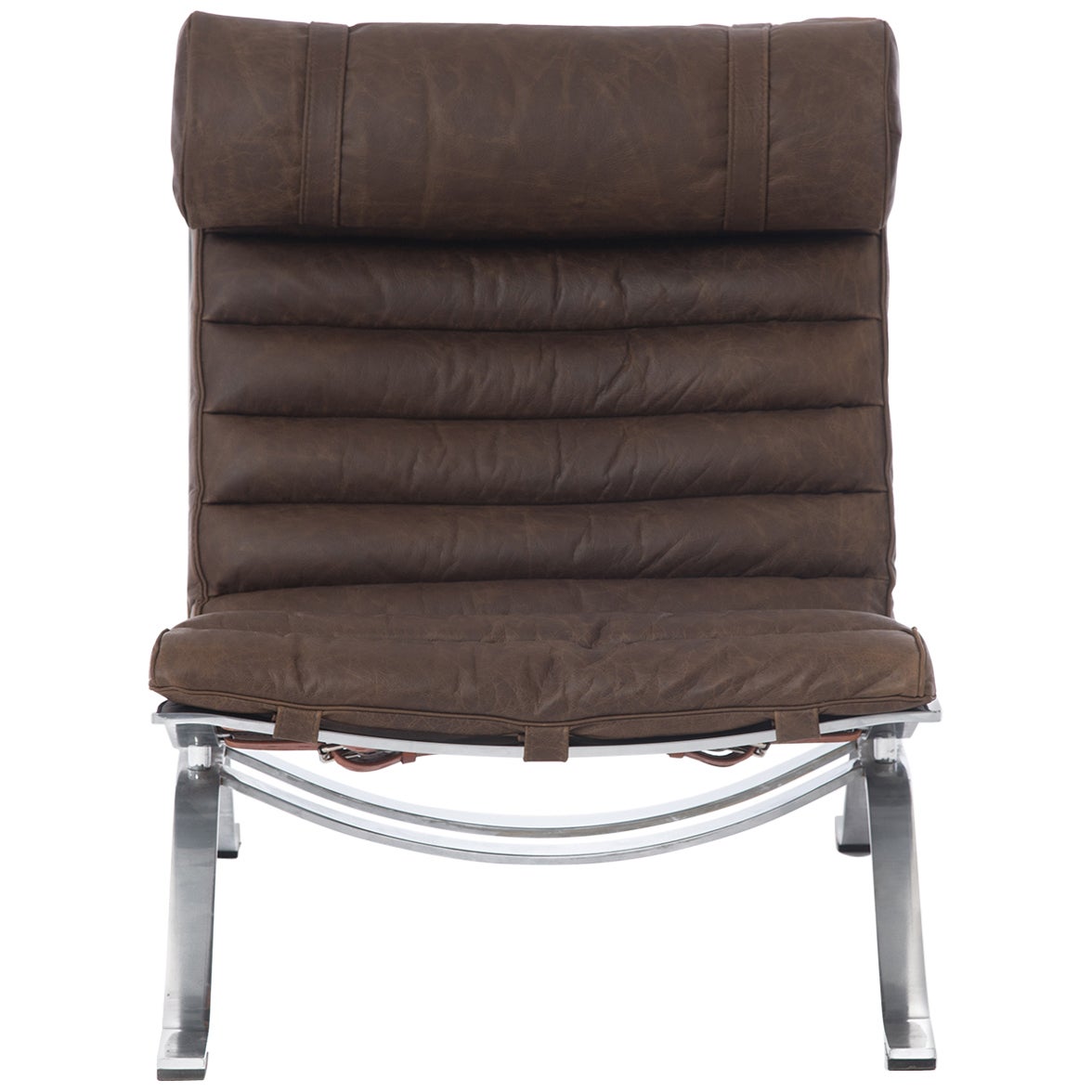 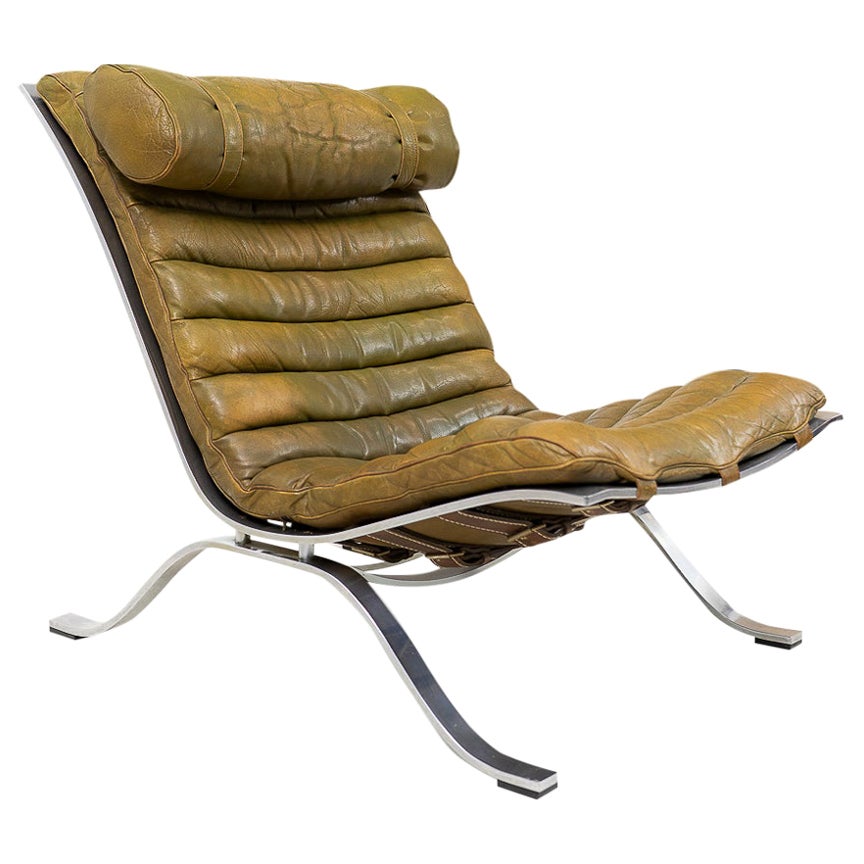 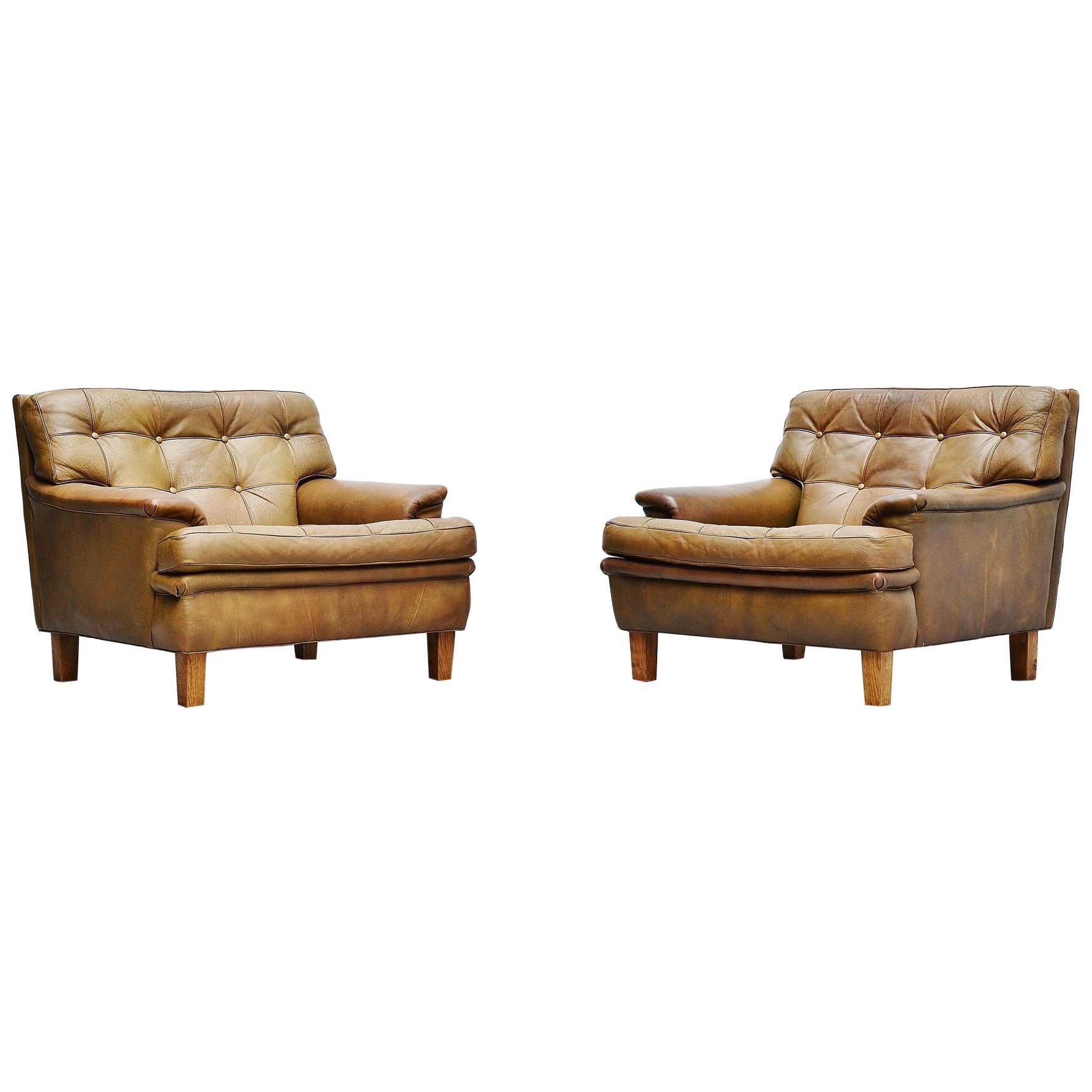 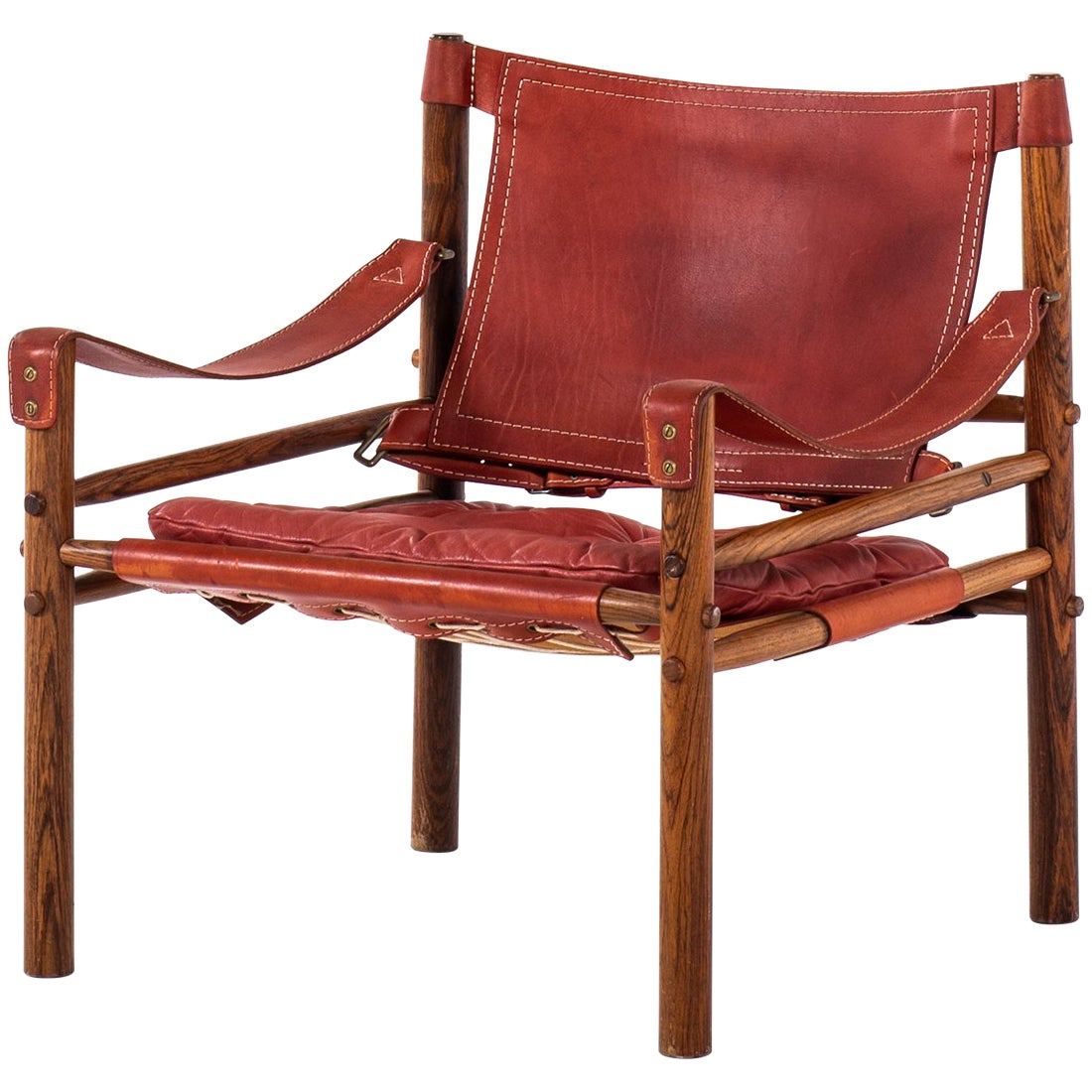 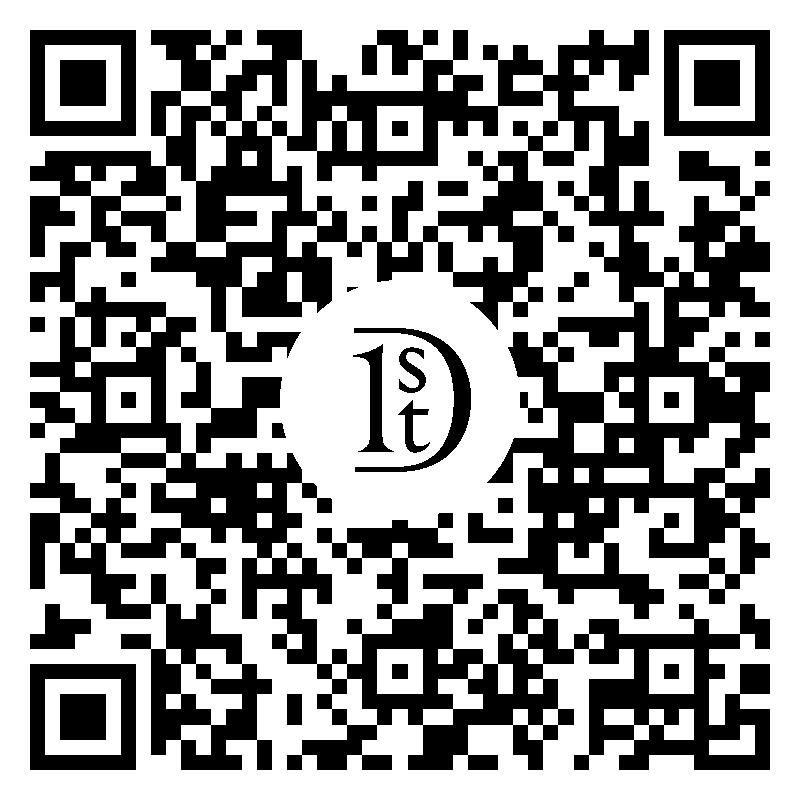 Arne Norell for Møbel AB Sweden, two easy 'Löven' chairs, brown leather, teak, Sweden, 1960s These chairs are designed by Arne Norell. The pieces are elegant lounge chairs with leather cushions. The teak frame is delicately carved and the set features pointy armrest. The tufted cushions show a stunning patina, which gives these chairs a vibrant appearance.  Arne Norell (1917-1971) was a designer and furniture maker from Sweden. He is known for using traditional, classic materials such as leather and wood and using it in original, sculptural manners. Little is known about his early years apart from that he opened a workshop in Stockholm in 1954. Four years later in 1958 he opened production factory 'Møbel AB Arne Norell'. This manufacturing company was set on a farm in Småland. It is said that the landscape and atmosphere on the farm defined much of the feel and aesthetics of Norell's work. Another source of inspiration could have been the austere, traditional designs of Kaare Klint. Up until today, Norell’s daughter and son-in-law, Marie Norell-Möller and Thomas Möller, continue to produce his work under the name Norell Møbel AB. VAT within the EU: When buying or delivering an item within the EU, VAT usually applies and will be added.

Recognized Seller
These prestigious sellers are industry leaders and represent the highest echelon for item quality and design.
Diamond Seller
These expertly vetted sellers are 1stDibs' most experienced sellers and are rated highest by our customers.
Established in 2006
1stDibs seller since 2012
3,216 sales on 1stDibs
Typical response time: 1 hour
Associations
20th Century Specialists
More From This Seller
View All From Seller