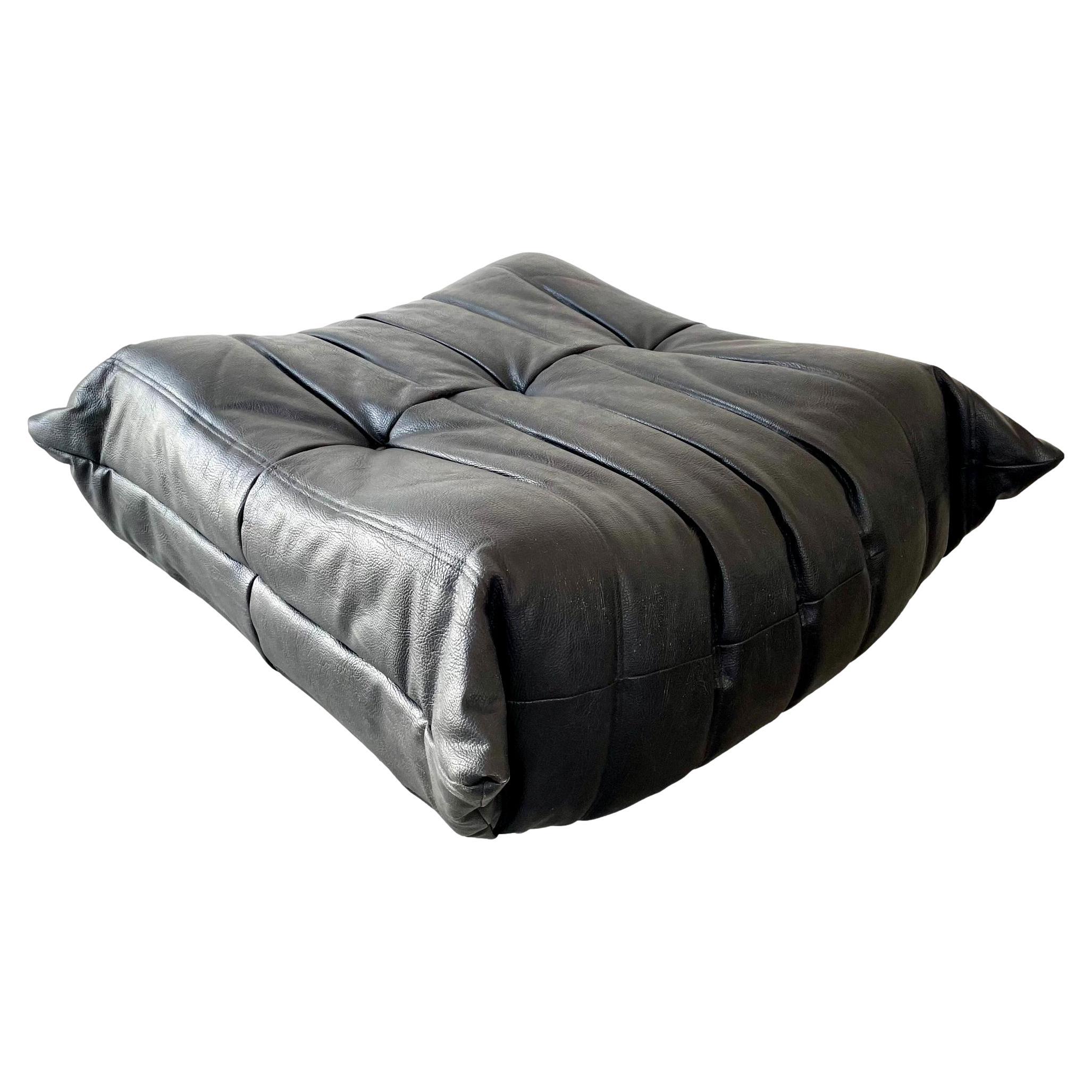 Set of Flock Lounge Chair and Ottoman by NOOM 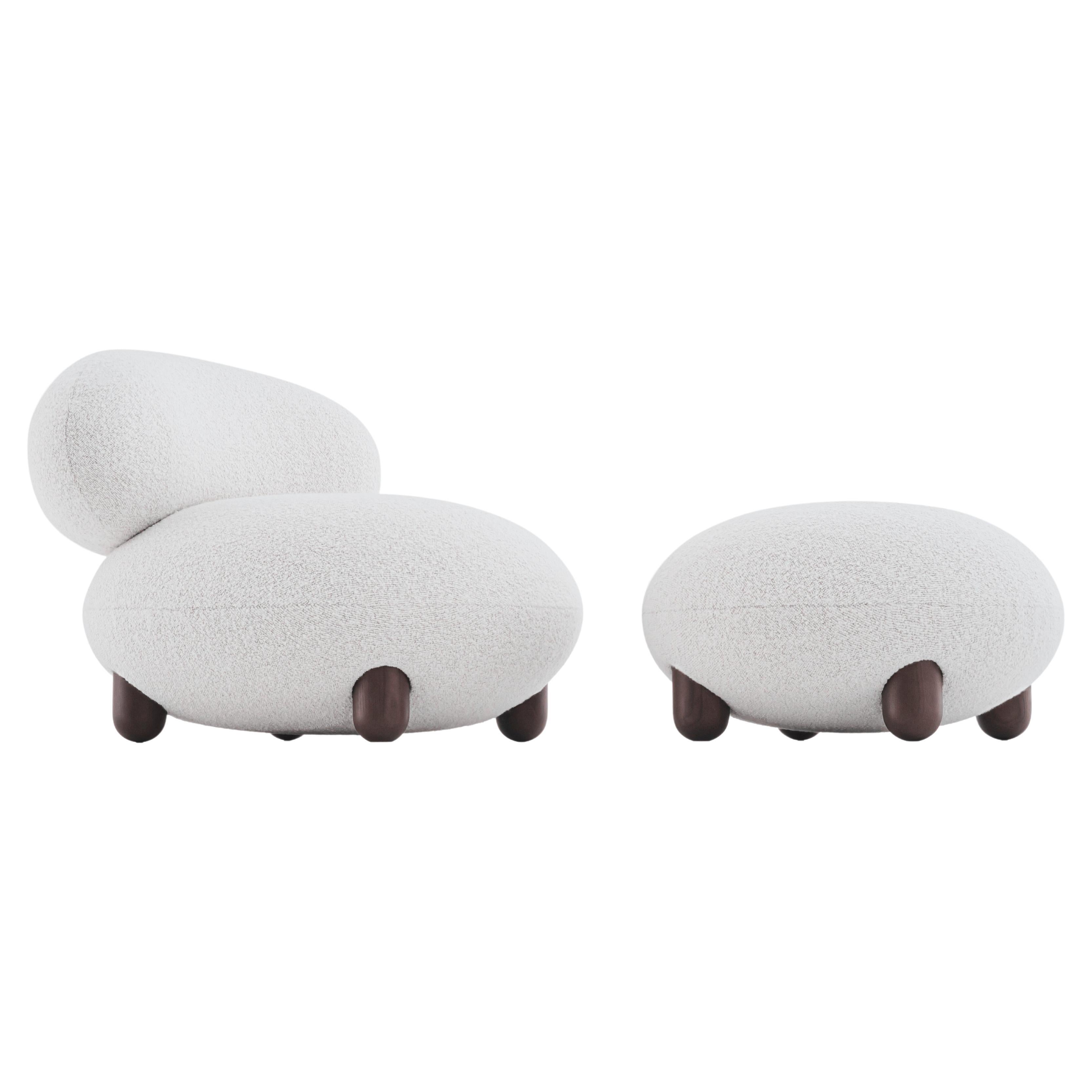 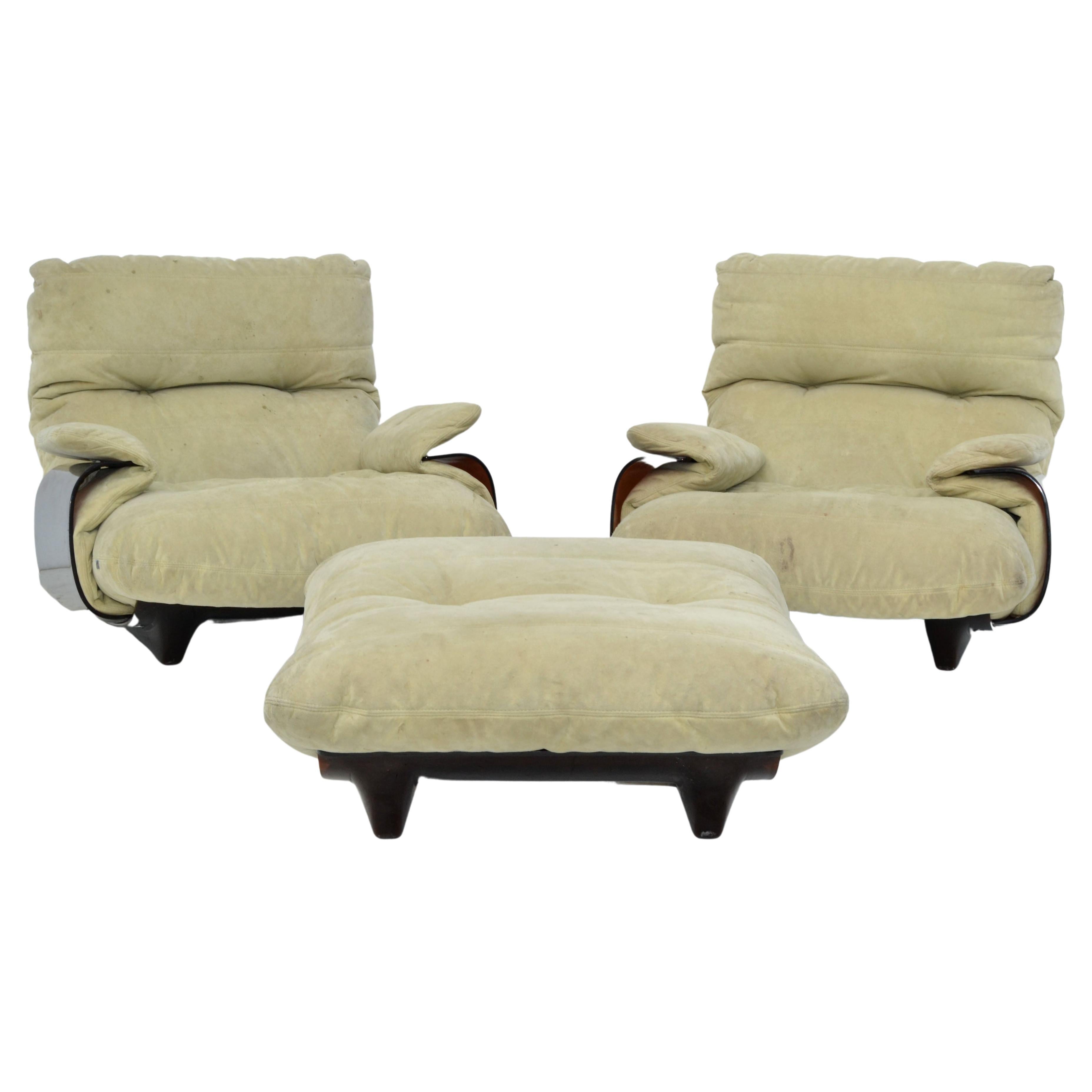 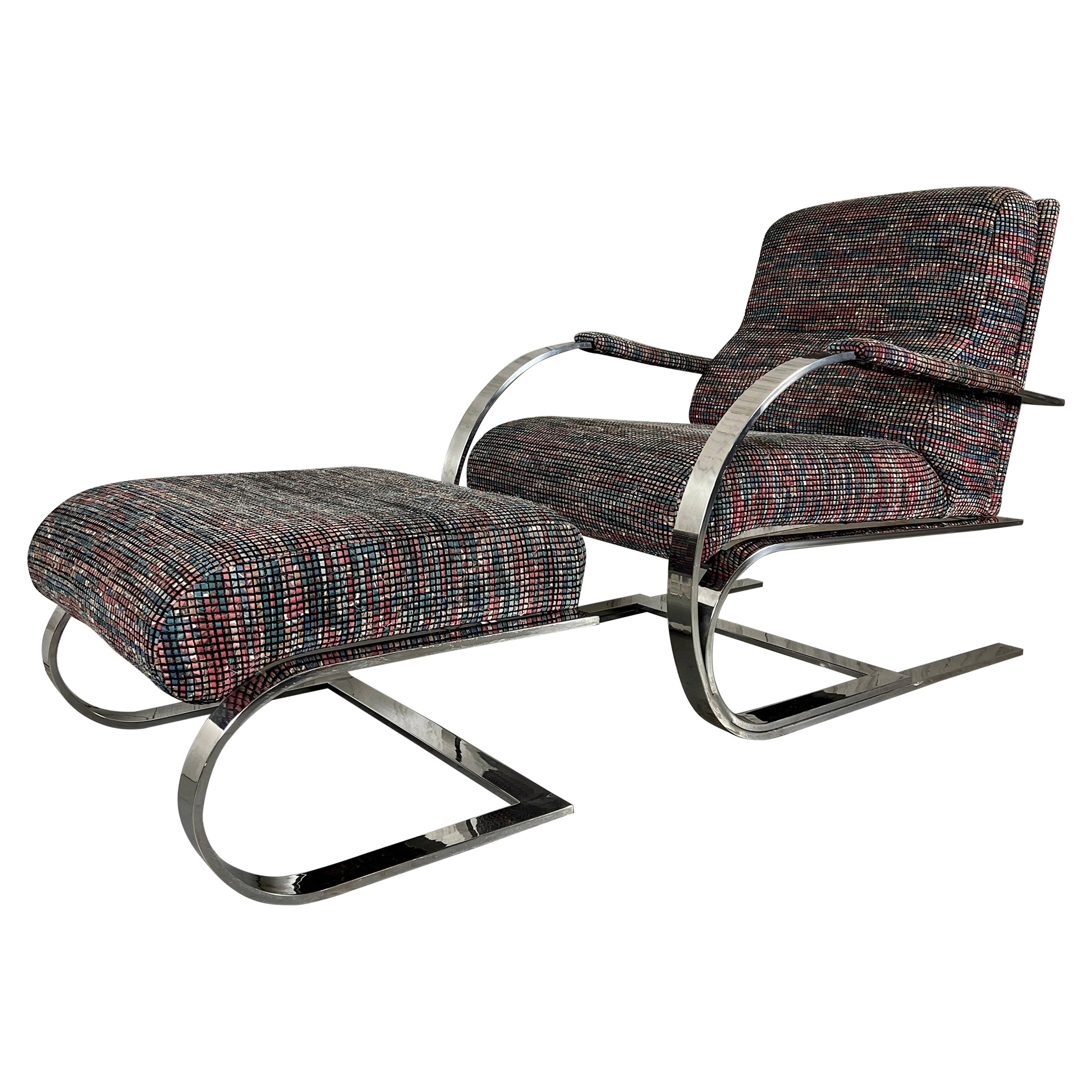 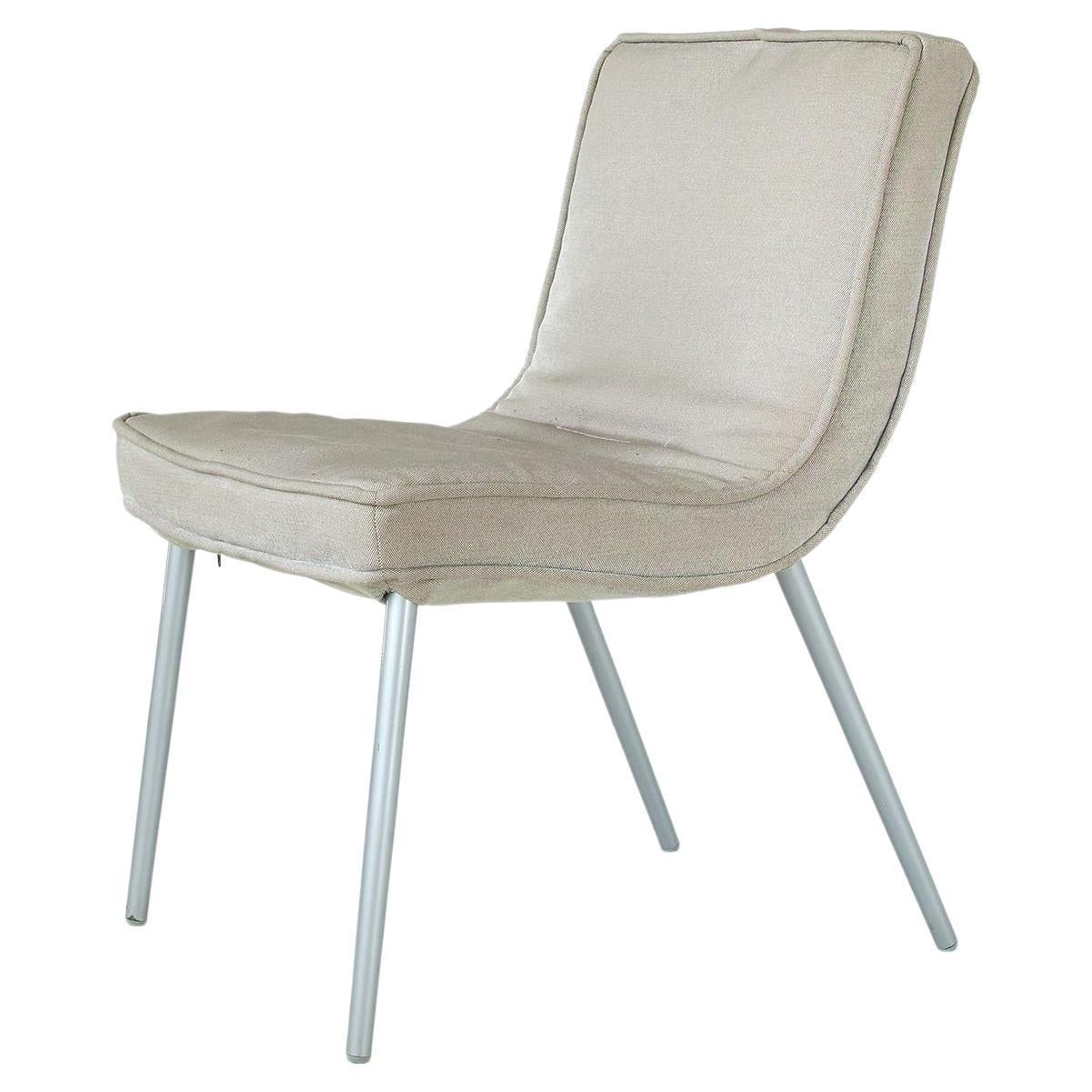 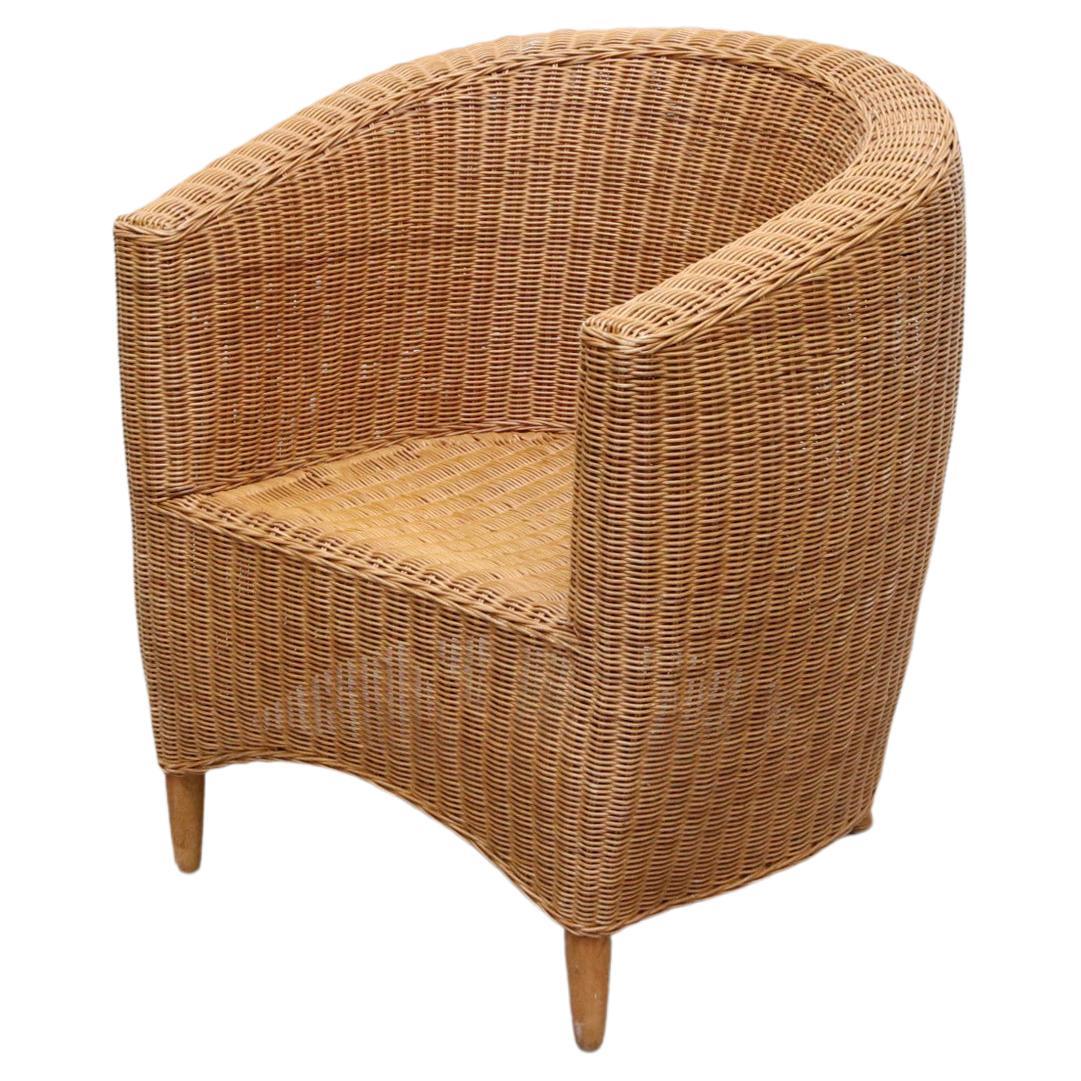 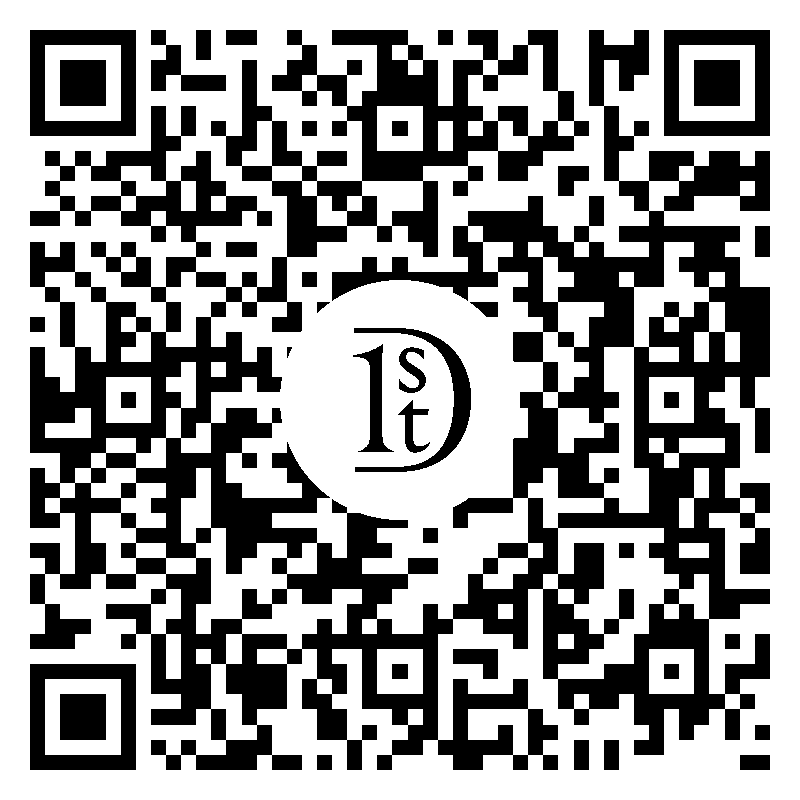 Lounge and ottoman made by French company Ligne Roset and designed by Christian Werner circa 1990’s. The ‘Pop’ chair allows for extremely comfortable seating position. The profile of the chair has soft curves and a scoop look. Accompanied with sleek chrome legs. In great vintage condition with extremely minimal wear. Fabric is in a charcoal gray with no rips, holes, or other issues to note. 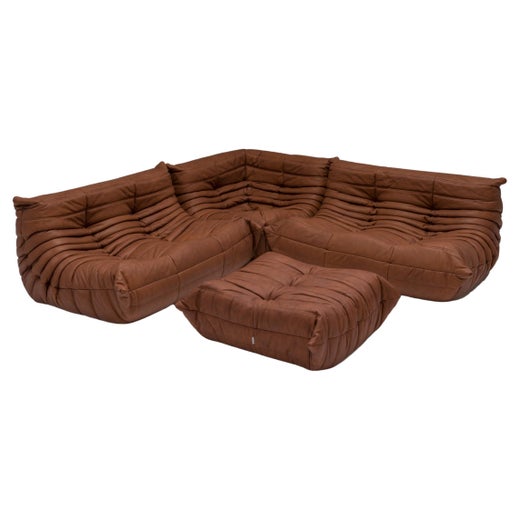 With enduring designs like the immensely plush, Pop art–inspired Togo lounge chair and sofa, Ligne Roset has become synonymous with radical luxury furniture. However, when Antoine Roset (1841–93) started the company in 1860 in the small French town of Oussiat, its focus was on wooden umbrella handles.

In 1892, Ligne Roset’s founder expanded with a property in Montagnieu where he set up a wood-processing factory, eventually expanding into manufacturing chairs. After his death, his wife, Marie-Victorine, took over before his son, Emile Roset, began leading the company in the 1910s. It wasn’t until after World War II that Antoine’s grandson, Jean Roset, would recognize the need for furniture in settings like schools, hospitals and retirement homes and take inspiration from Scandinavian modern design for functional pieces made primarily from affordable beech.

Under Jean, Ligne Roset supplied quite a few European institutions with beautiful wood furnishings. In the 1970s, he shifted the company’s focus again, this time looking to domestic and residential markets. Around this time, Jean’s two sons, Pierre and Michel, joined the company. Ligne Roset opened its first store in 1973 with one of the most popular collections being designer Michel Ducaroy’s Togo modular sofa and chairs — classics of contemporary French design that look like oversize bent pillows.

After the success of this initial designer collaboration, Ligne Roset brought on more guest designers over the following decades, including Didier Gomez, Pascal Mourgue, Peter Maly, Pierre Paulin, Inga Sempé and Ronan and Erwan Bouroullec. Paulin’s Elysée sofa and Pumpkin chair — designed in 1971 for Elysée Palace — are among the brand’s most popular pieces.

The brand continues to be run by the Roset family who works on revolutionary furniture in partnership with a variety of collaborators. It has operated in Briord since 1973 where it produces its iconically sleek and innovative pieces. 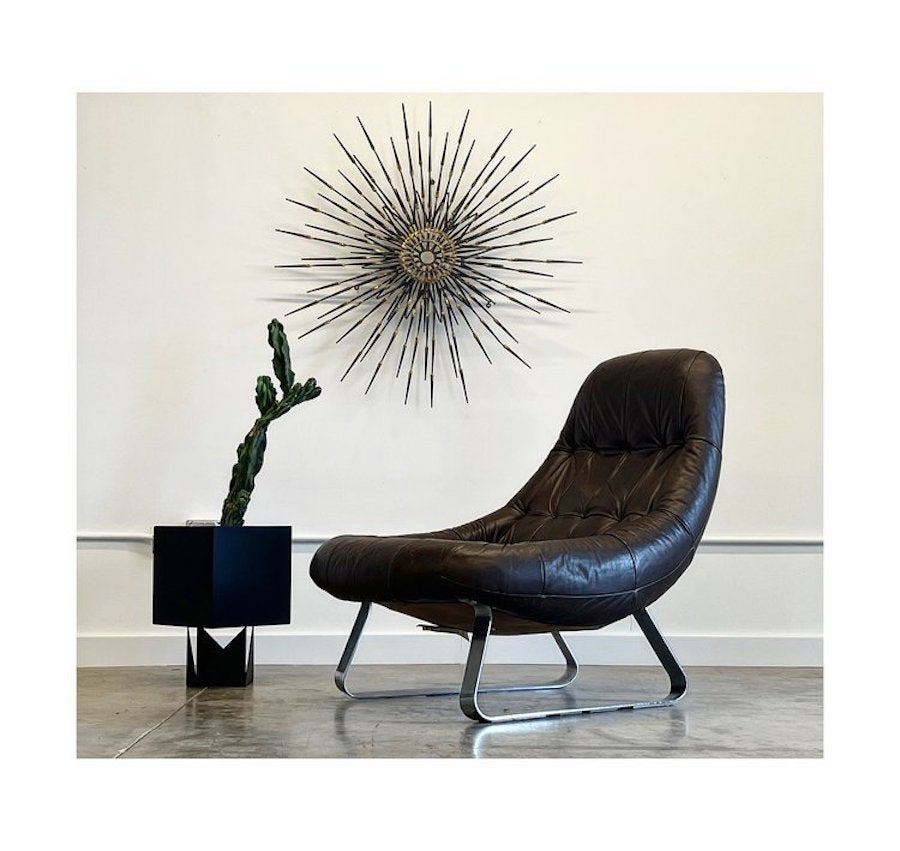 About the Seller
5.0
Located in Raleigh, NC
Vetted Seller
These experienced sellers undergo a comprehensive evaluation by our team of in-house experts.
Established in 2020
1stDibs seller since 2022
Typical response time: <1 hour
More From This SellerView All
People Also Browsed
You May Also Like