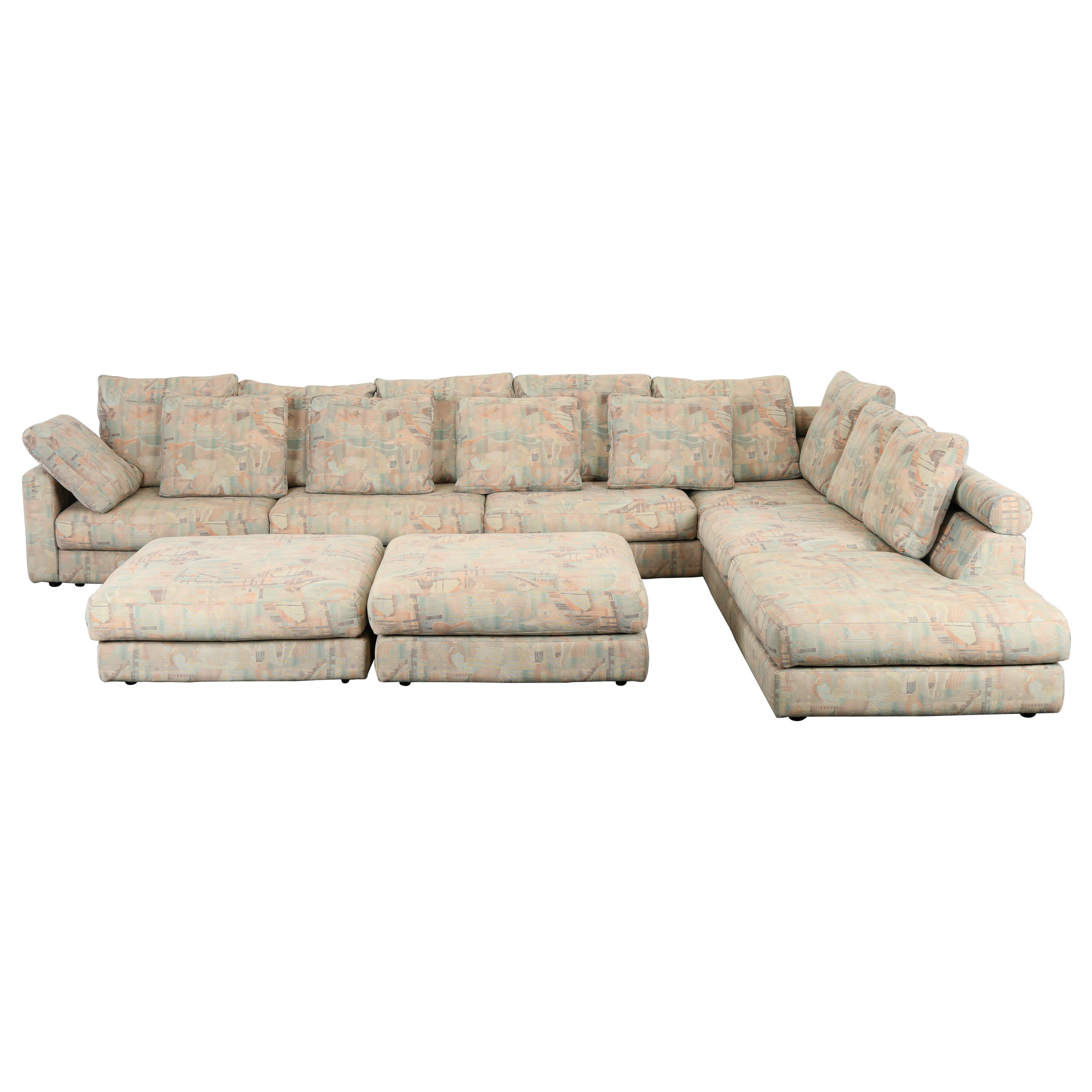 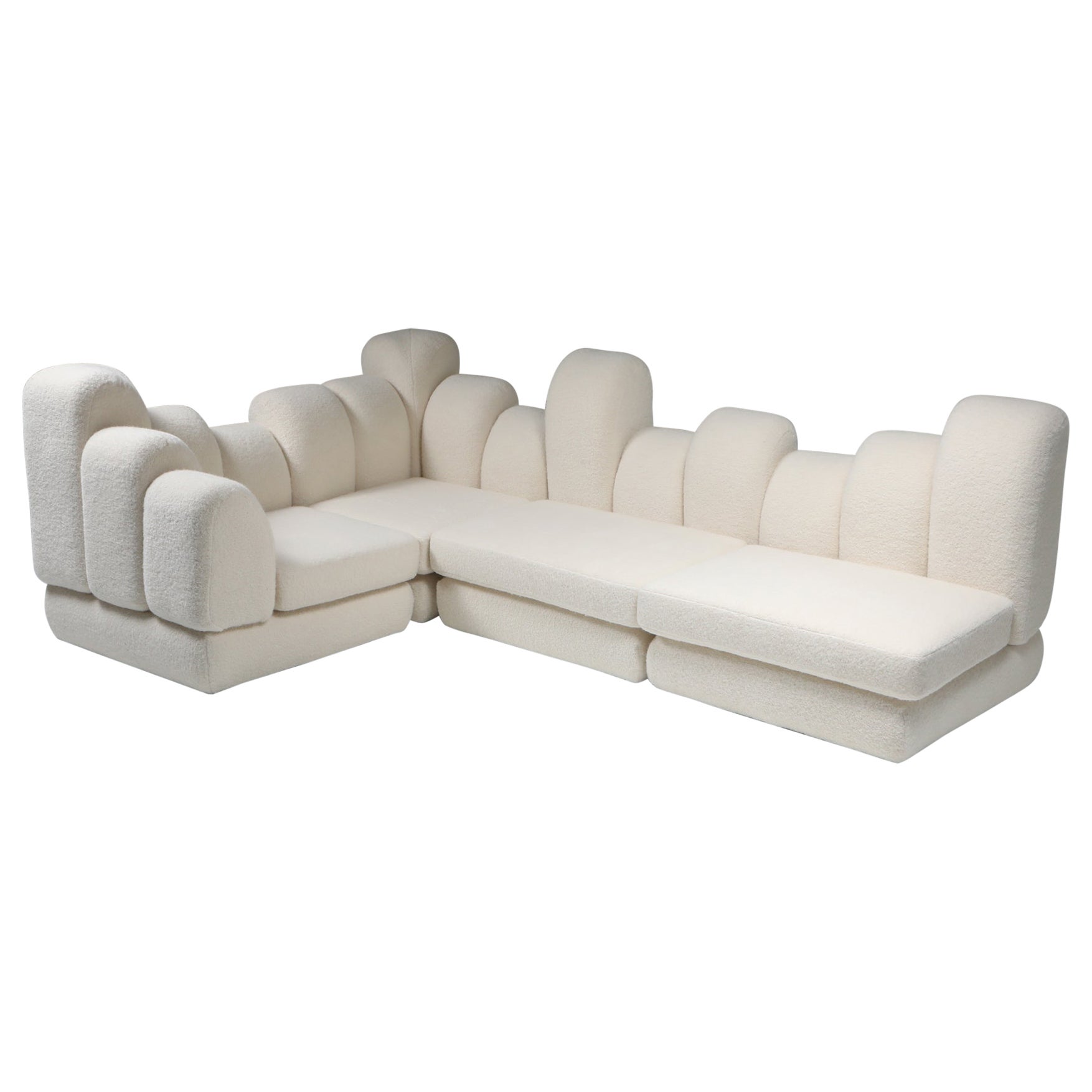 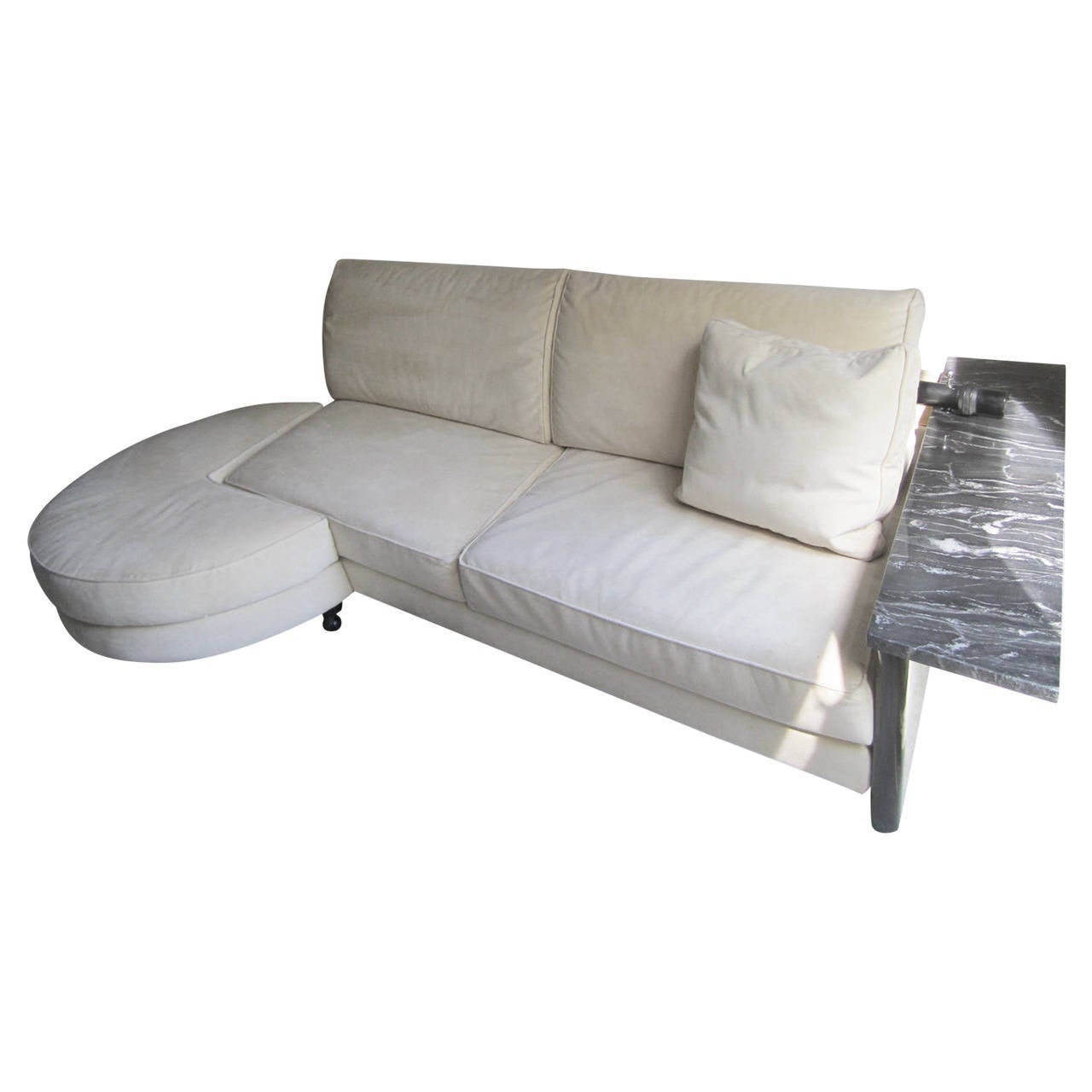 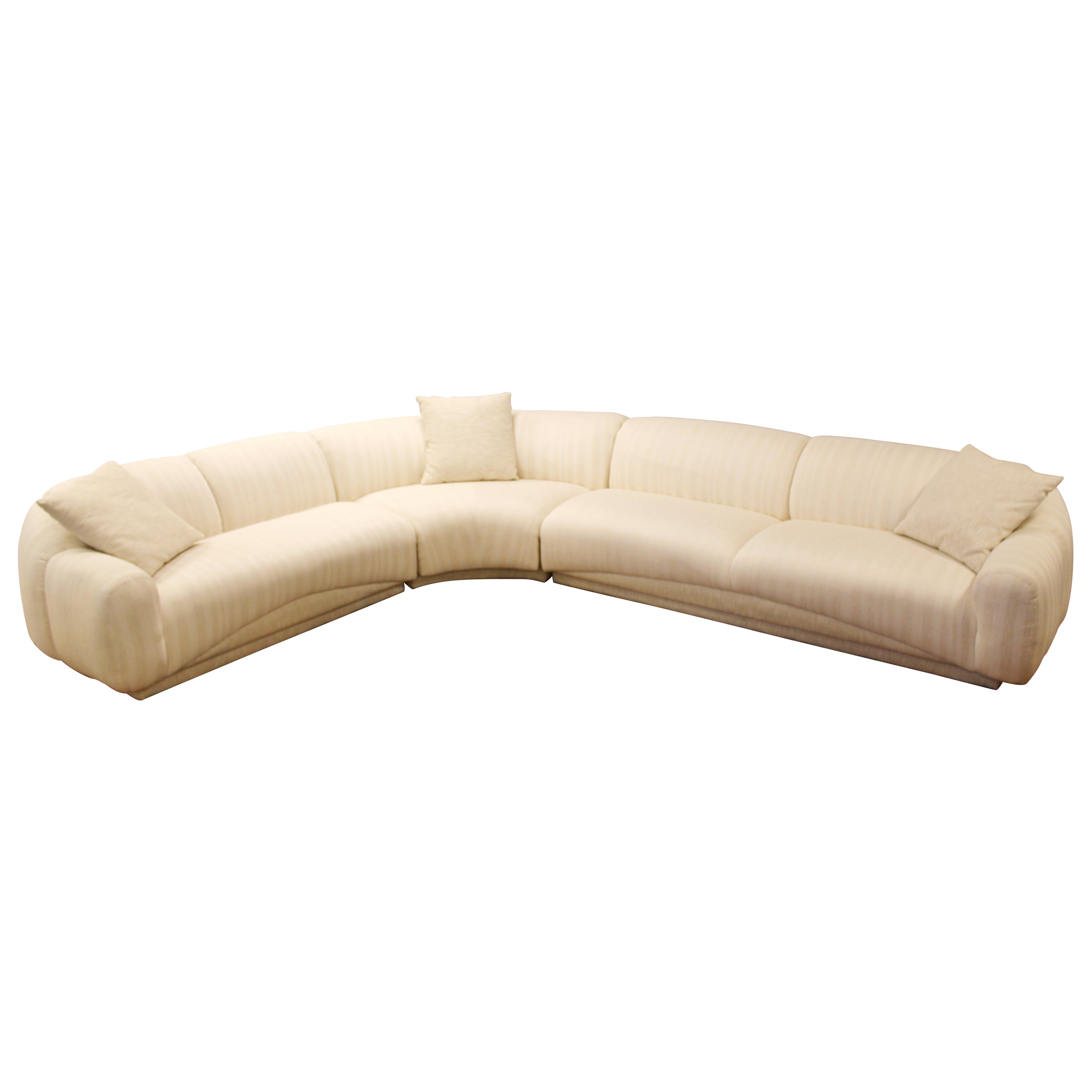 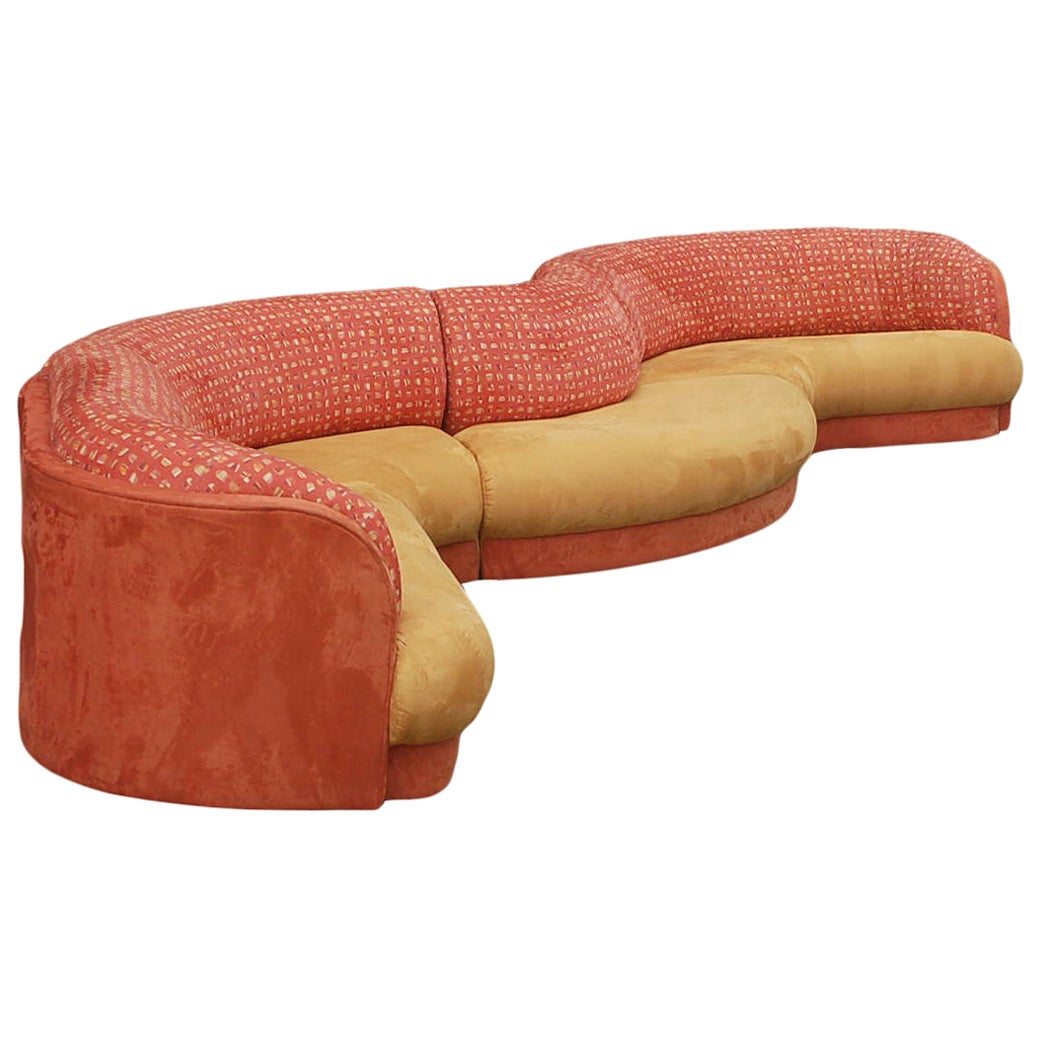 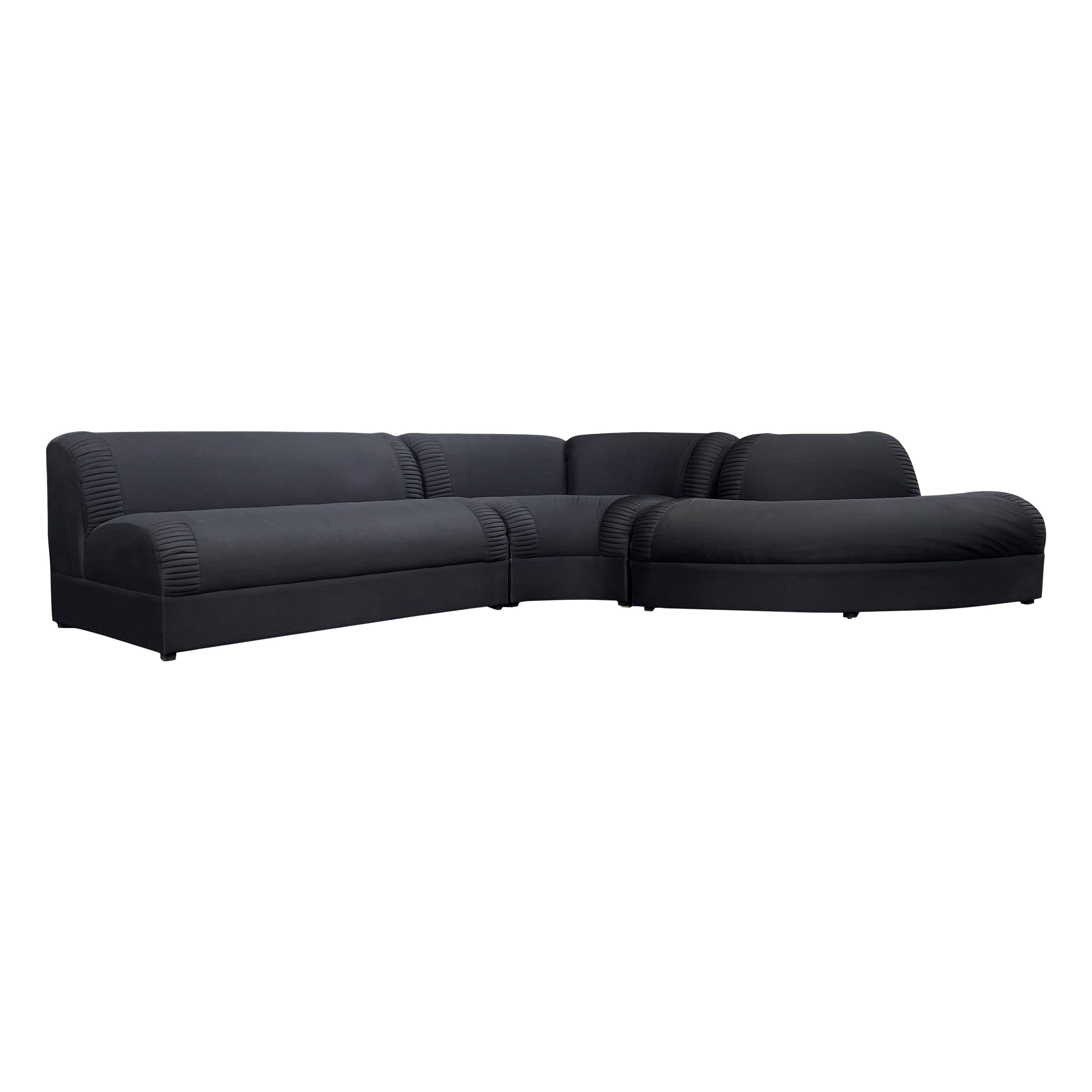 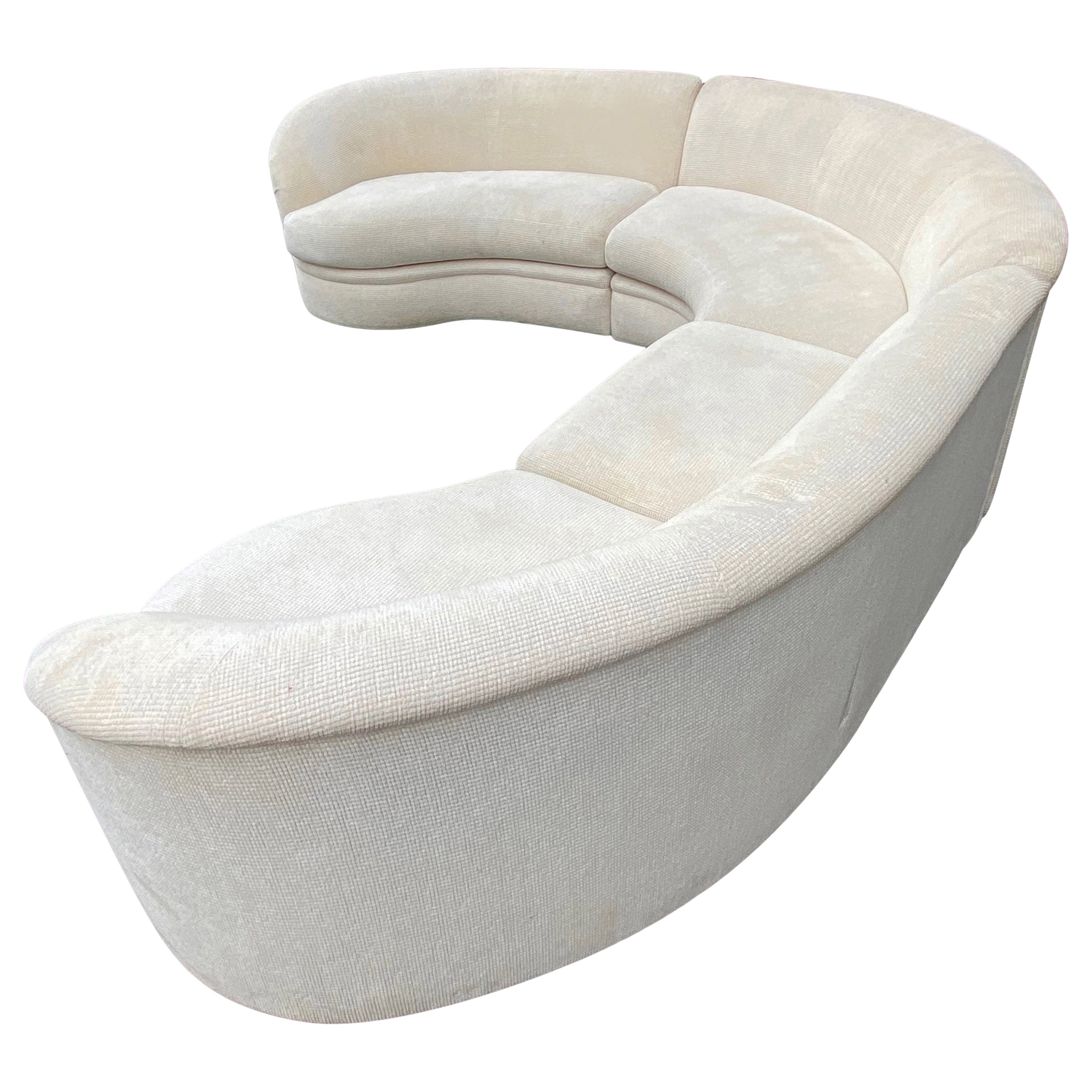 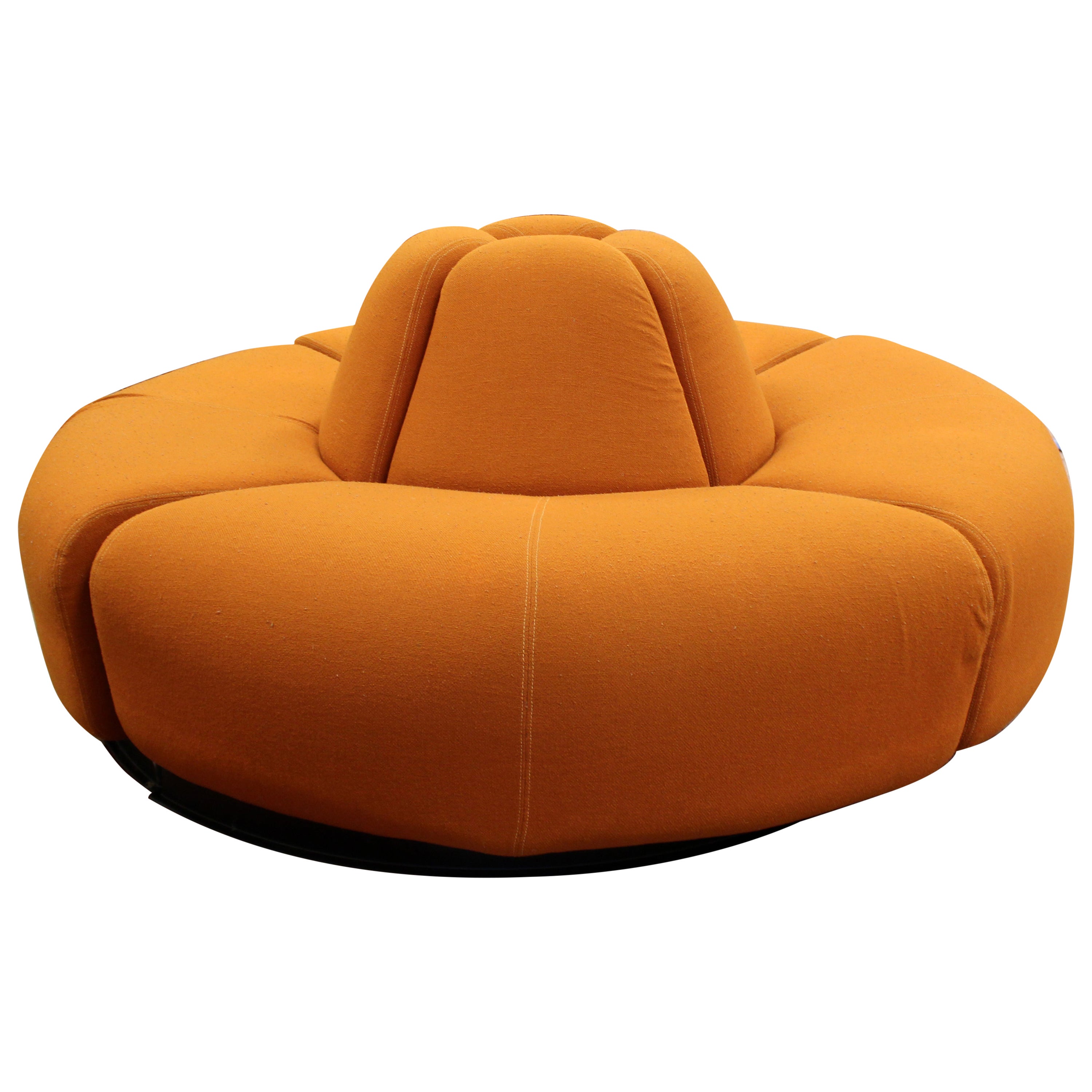 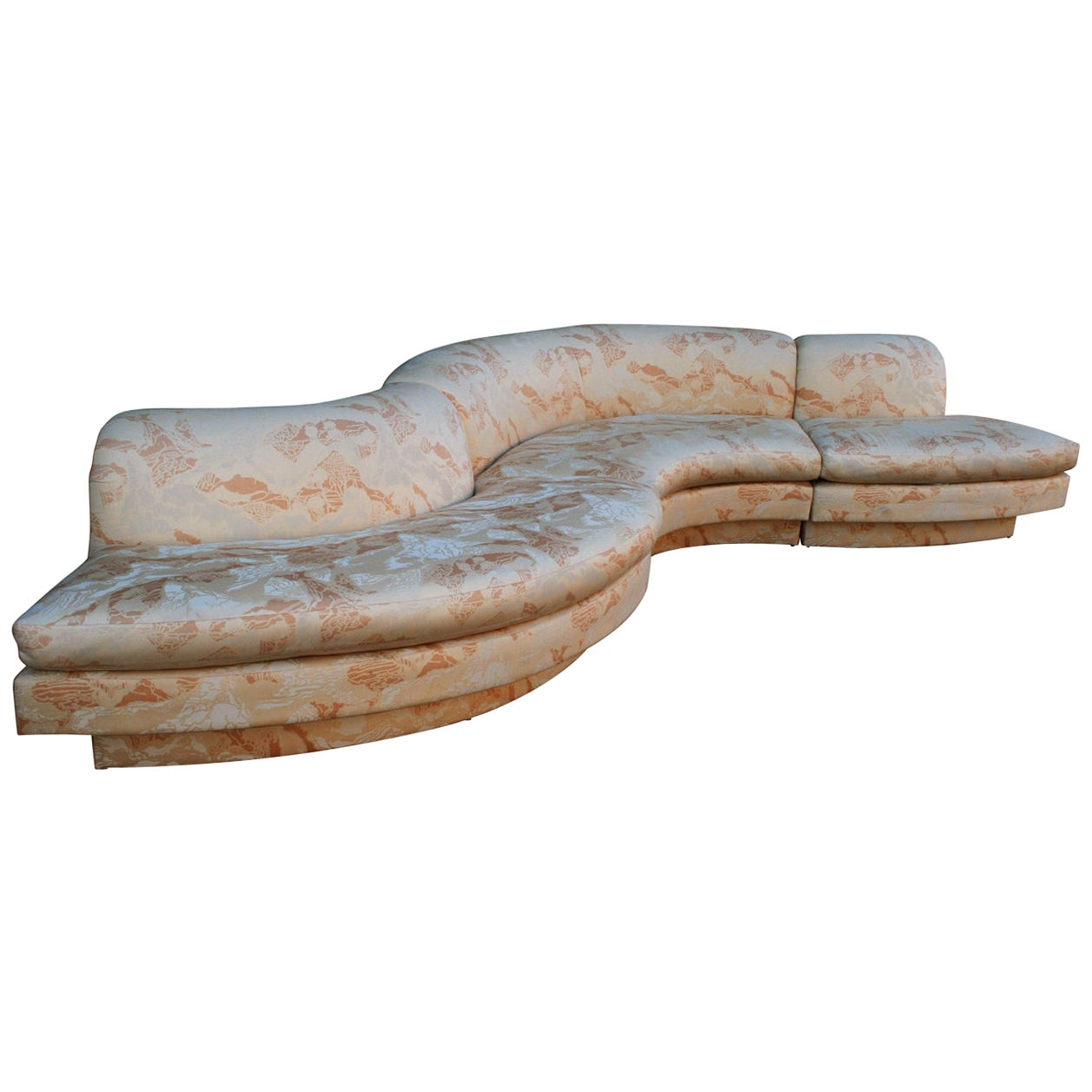 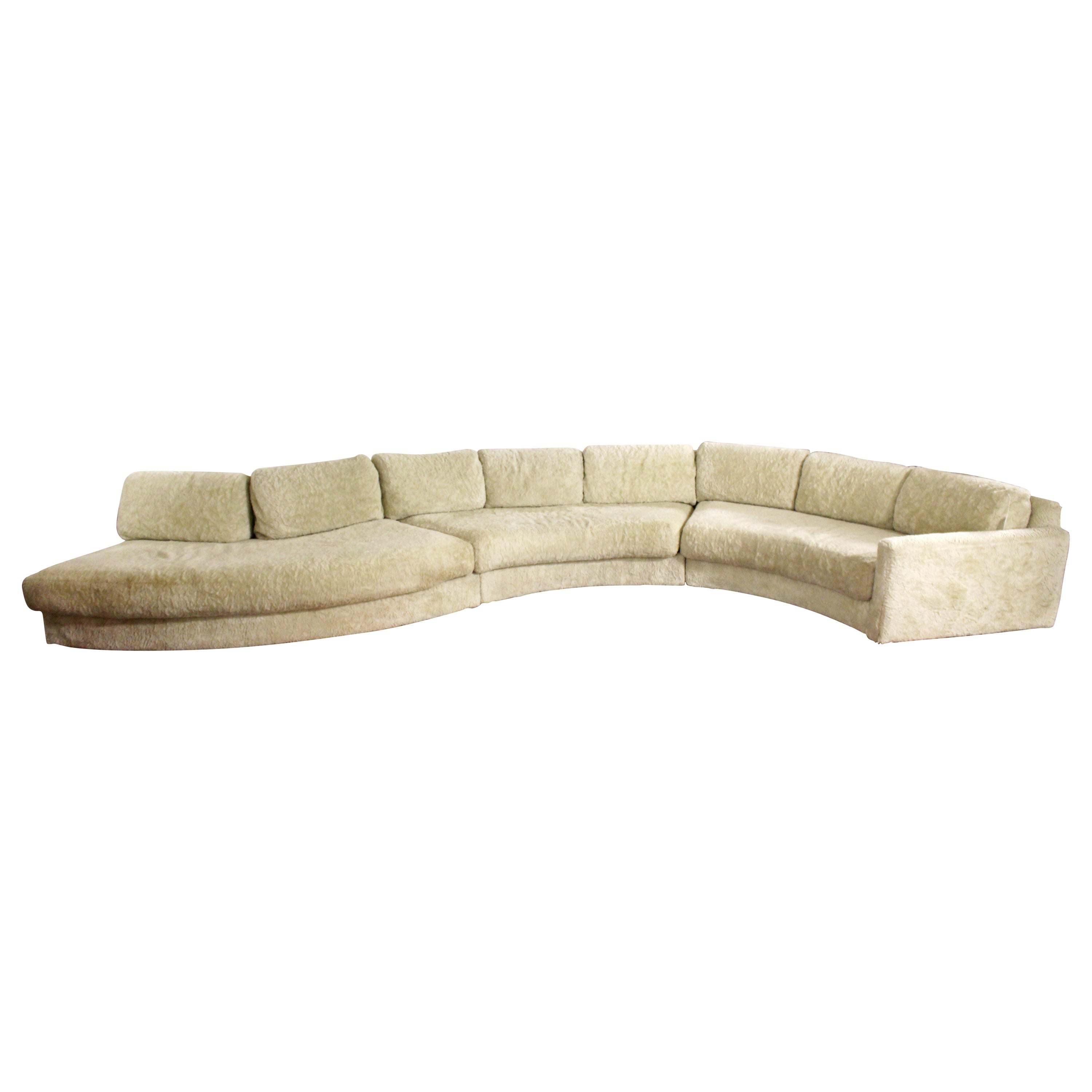 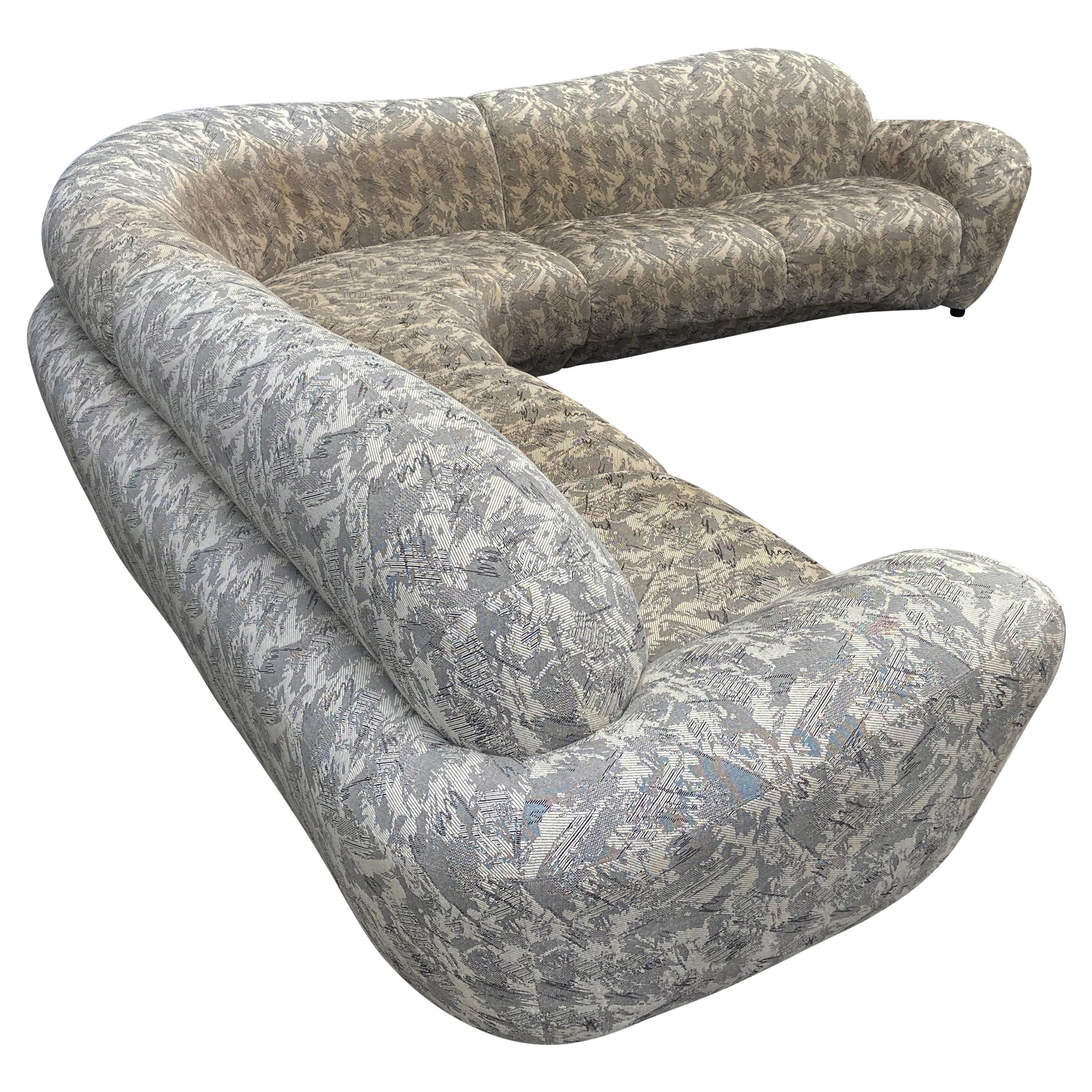 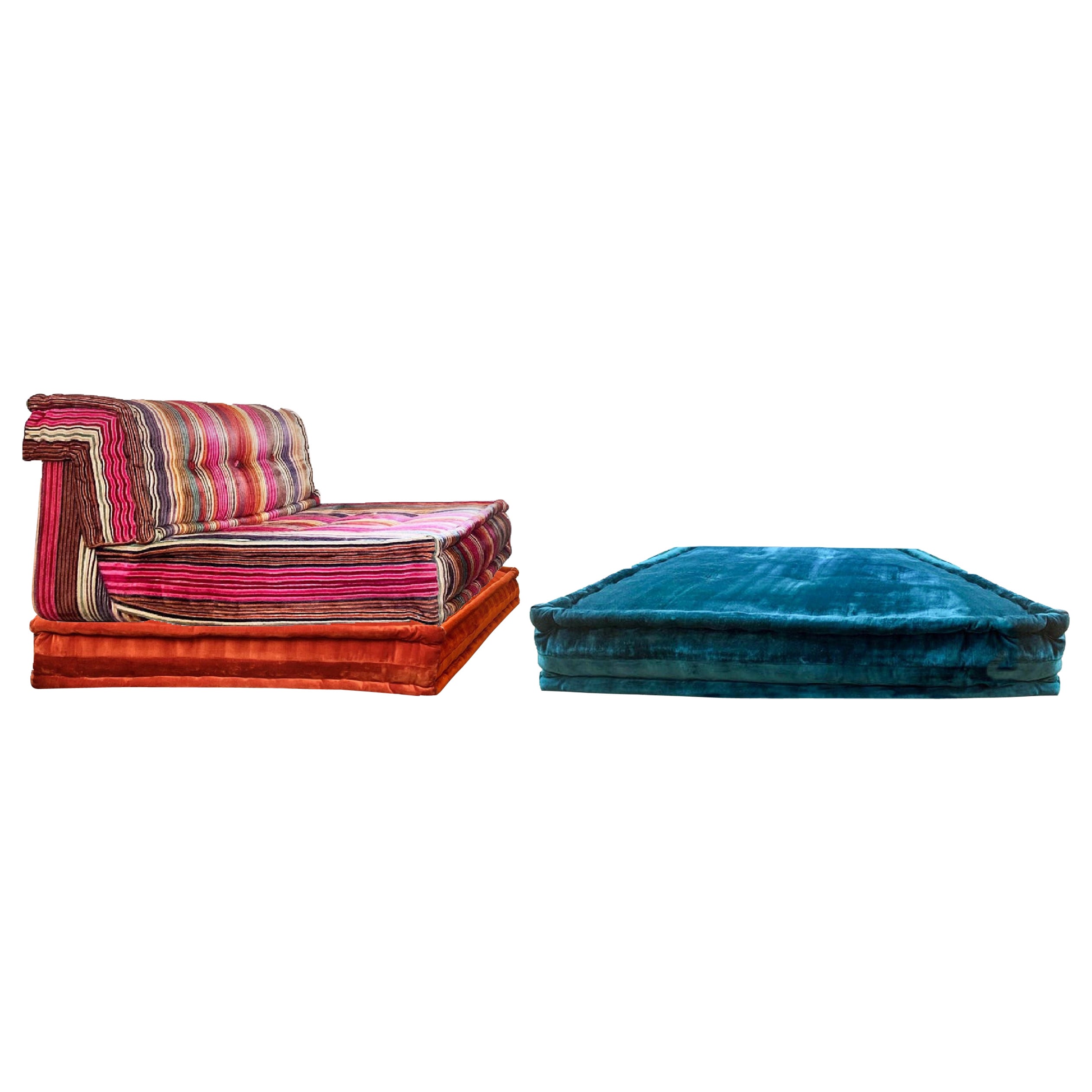 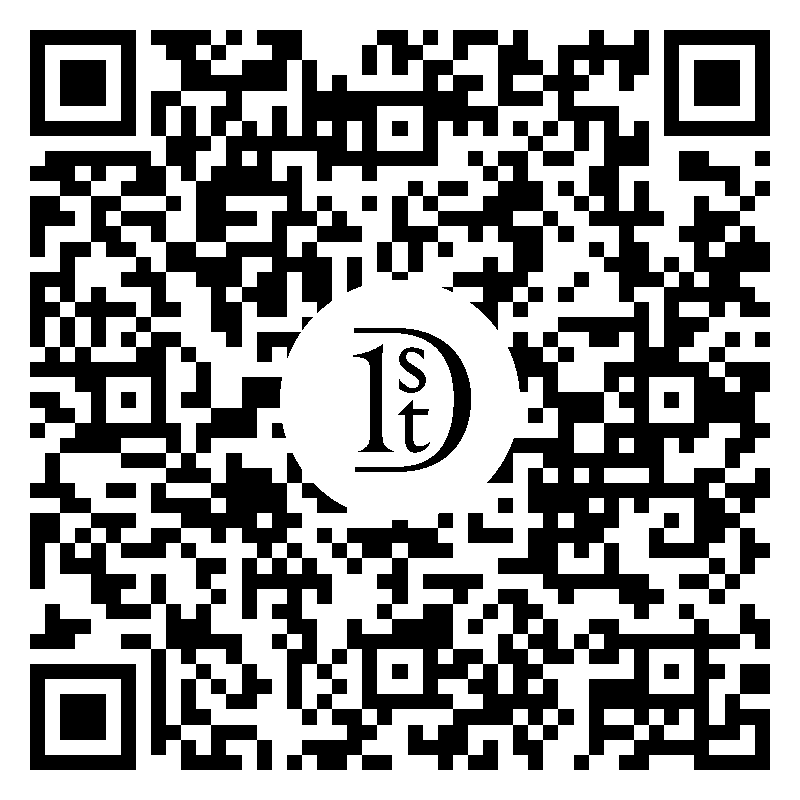 For your consideration is a wonderfully unique, large sectional sofa, with a sculptural design and two round ottomans, by Roche Bobois. Can be configured in any way to fit your needs. Extremely comfortable. Fabric and structure is in EXCELLENT condition. The dimensions of the sofa as a whole are 160" L x 132" L x 57" D x 31" B.H. x 16" S.H. The two ends are 32" W, the three thin pieces are 24" W, the two middle are 40" W and the triangular middle piece is 62" W. The ottomans are 21" Dia x 16.5" H.

In 1974, Roche Bobois opened its first showroom in the United States on Madison Avenue in New York City. The brand is now in 50 countries with more than 200 stores.

About the Seller
4.8 / 5
Located in Keego Harbor, MI
Platinum Seller
These expertly vetted sellers are 1stDibs' most experienced sellers and are rated highest by our customers.
Established in 2014
1stDibs seller since 2017
486 sales on 1stDibs
Typical response time: 1 hour
More From This Seller
View All From Seller

Roche Bobois Sectional Sofa, 1987
By Roche Bobois
Located in Hamburg, PA
A fabulous monumental Roche Bobois sectional sofa with original fabric and pillows. This beautiful sofa can be used with its original upholstery temporarily however we are selling it...
Category

$9,800
Mid-Century Modern Curved and Sculptural Serpentine Sectional Sofa Plinth Base
By Milo Baughman
Located in Philadelphia, PA
A large curved 3-piece sectional sofa from the early 1970s. This piece boasts clean design lines with a freeform shape. Fabric is original and clean, but could use updating. Foam and...
Category