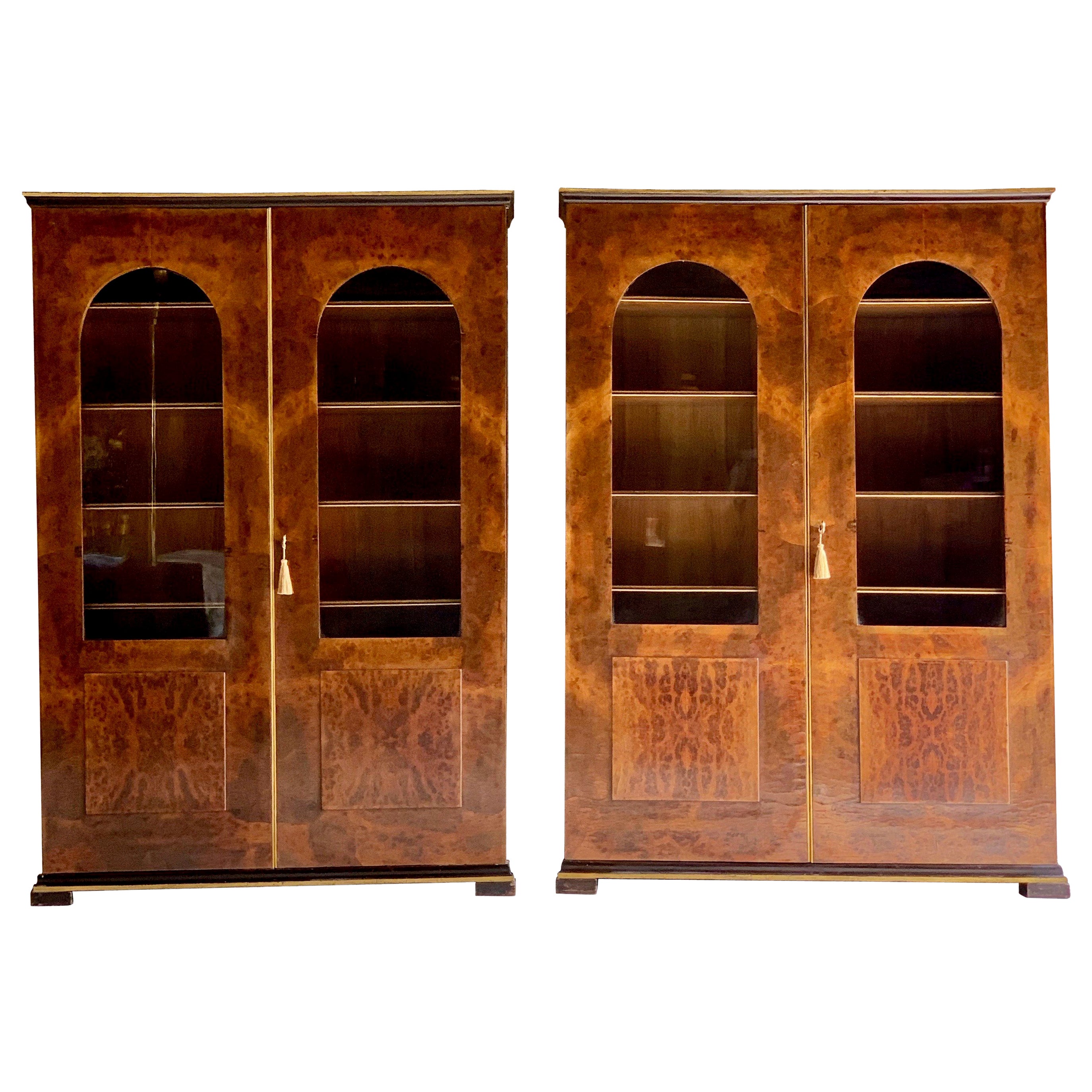 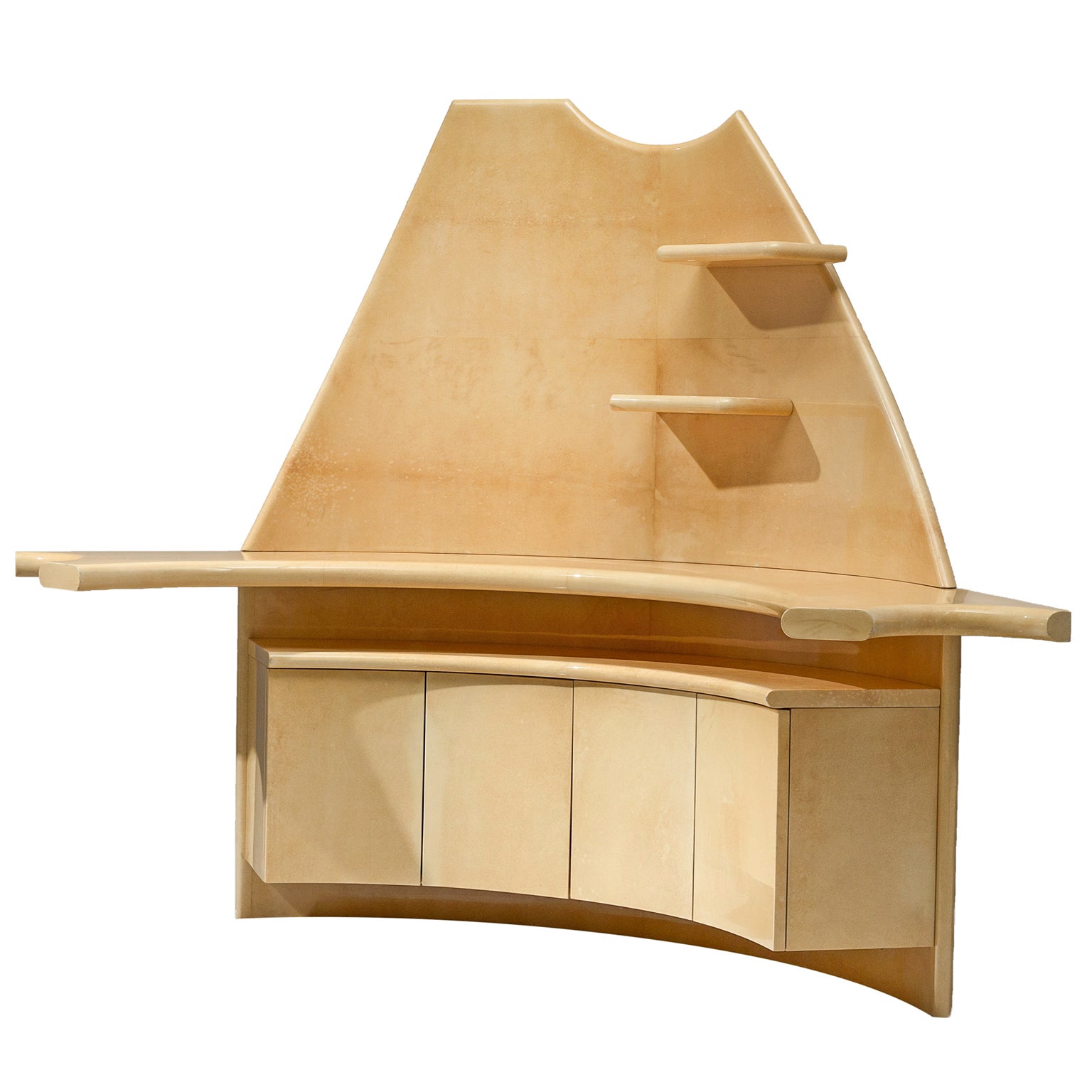 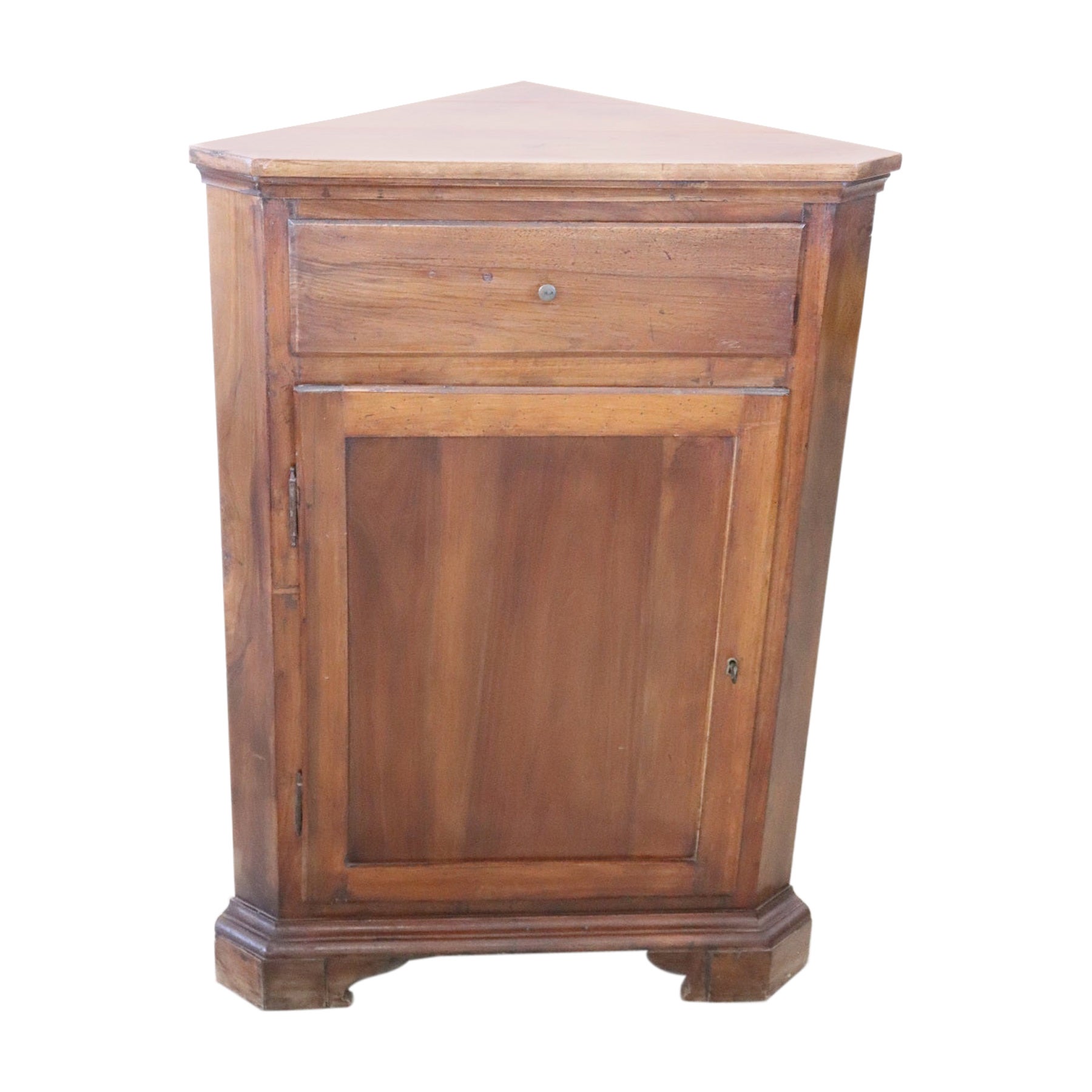 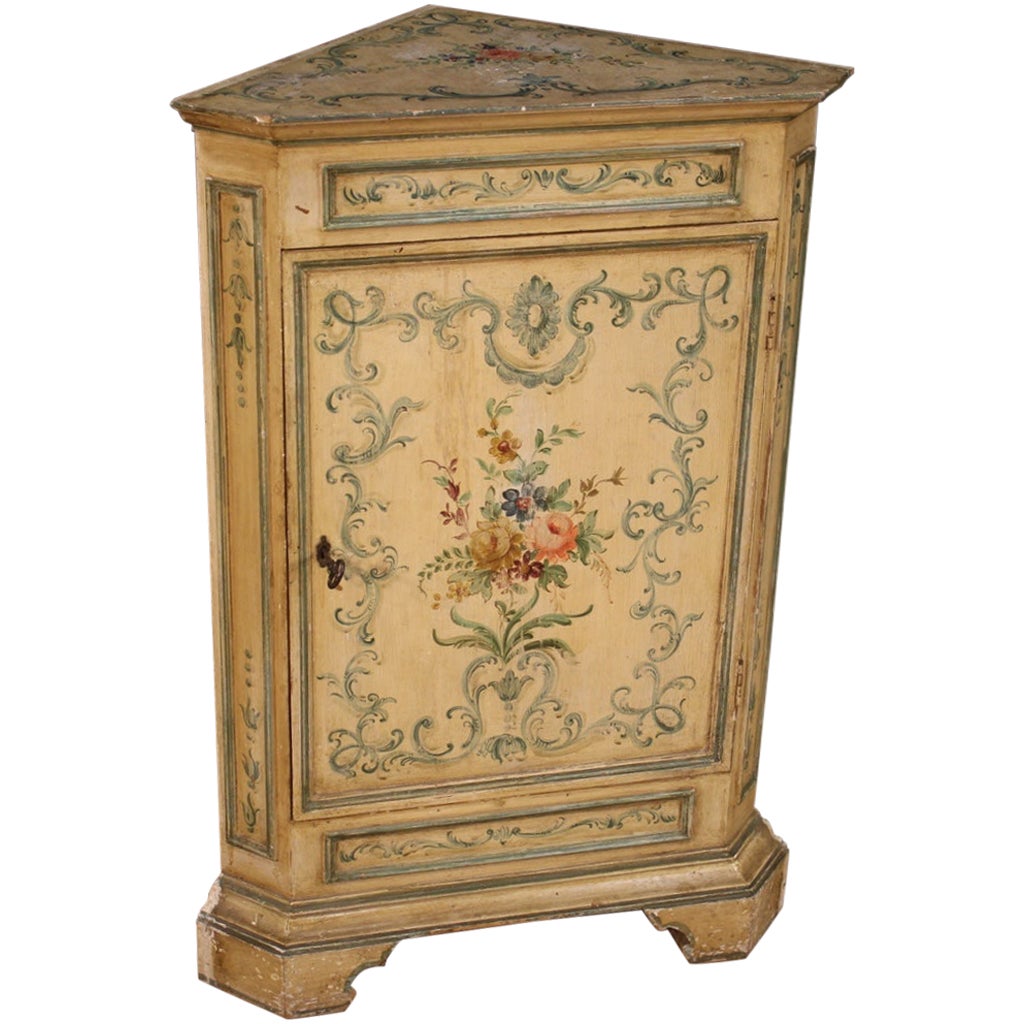 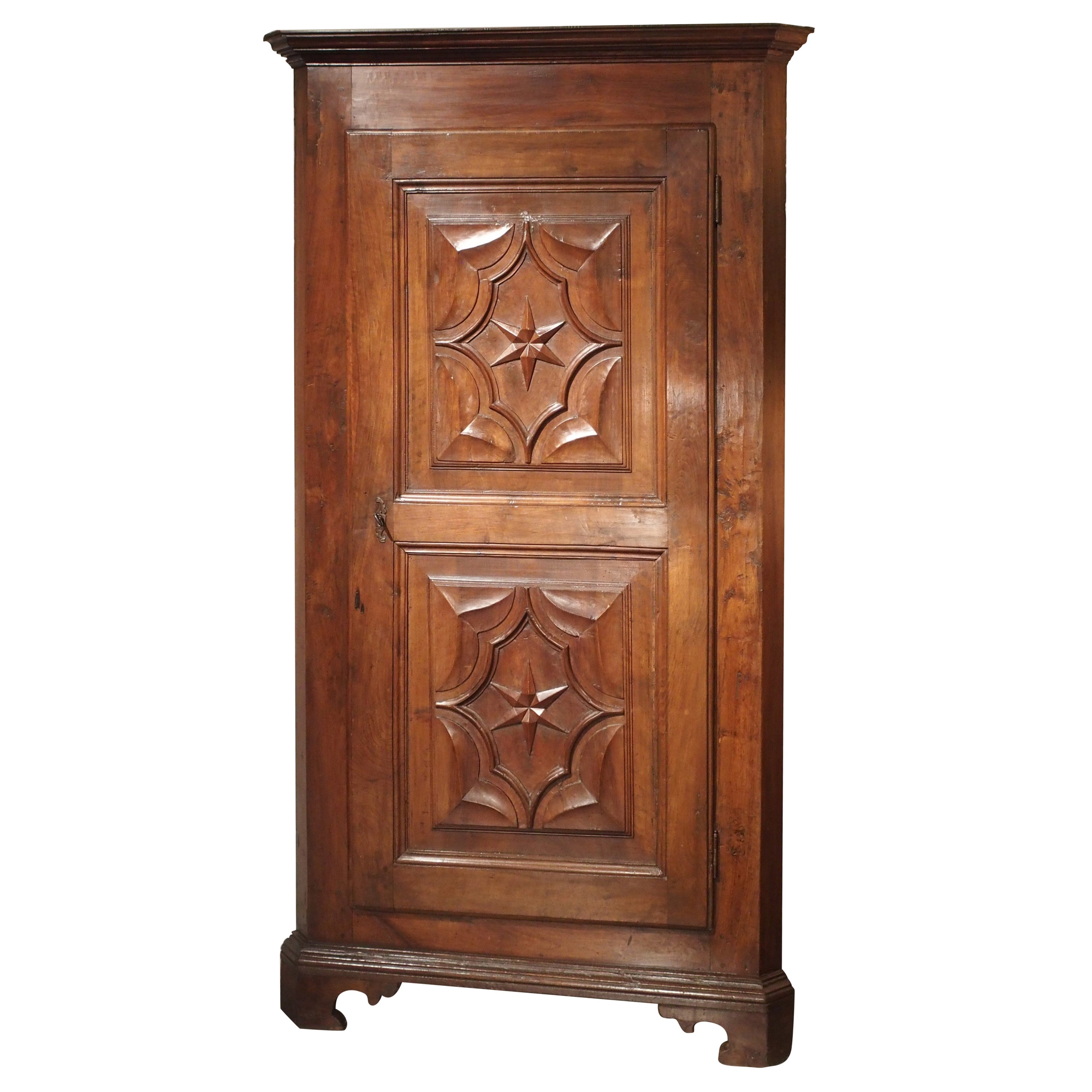 Bar Cabinet in Brass and Wood 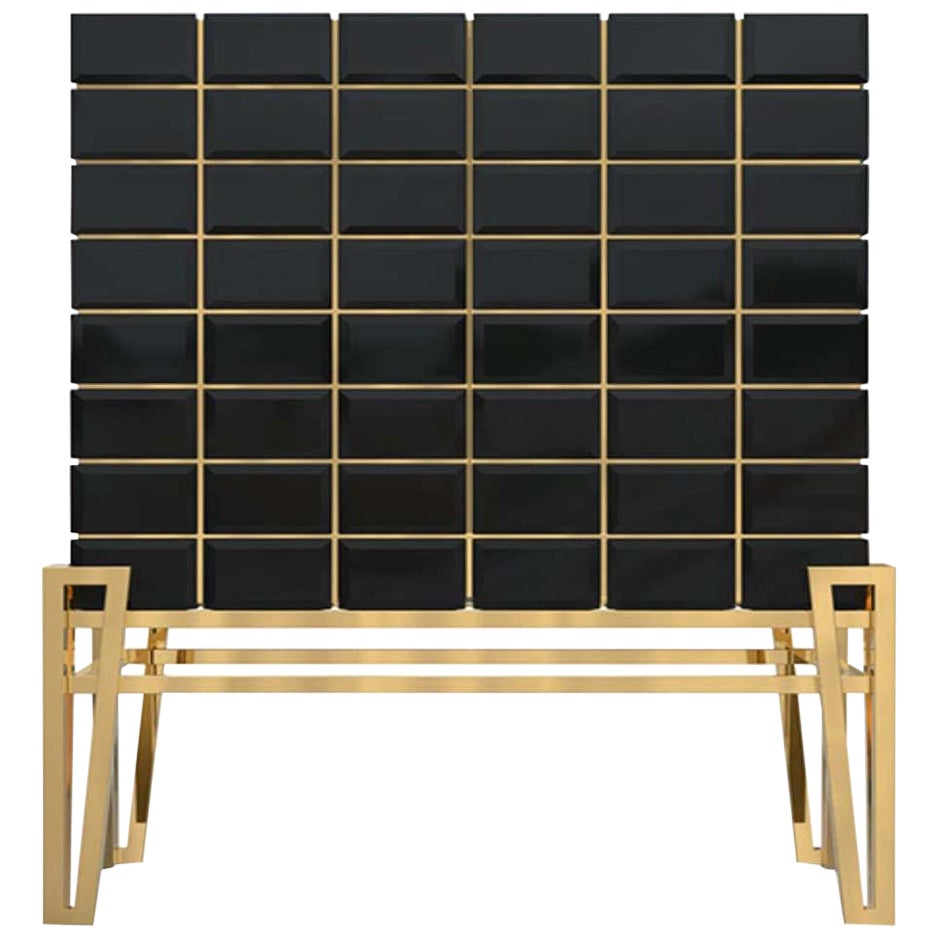 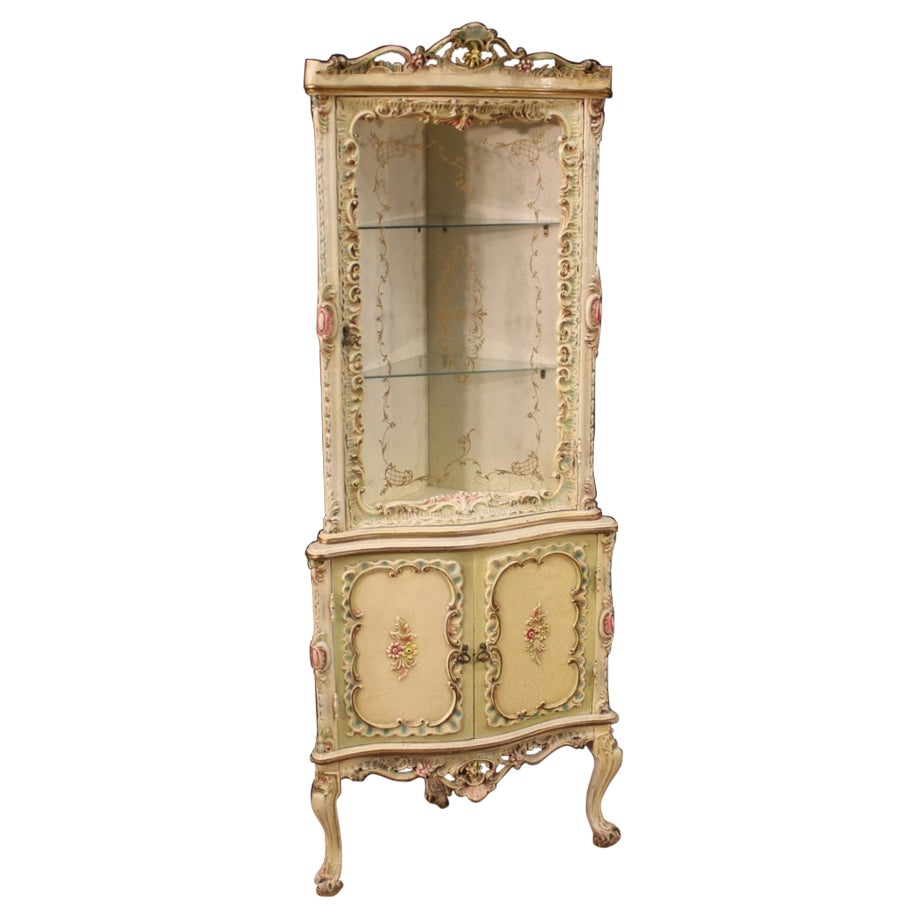 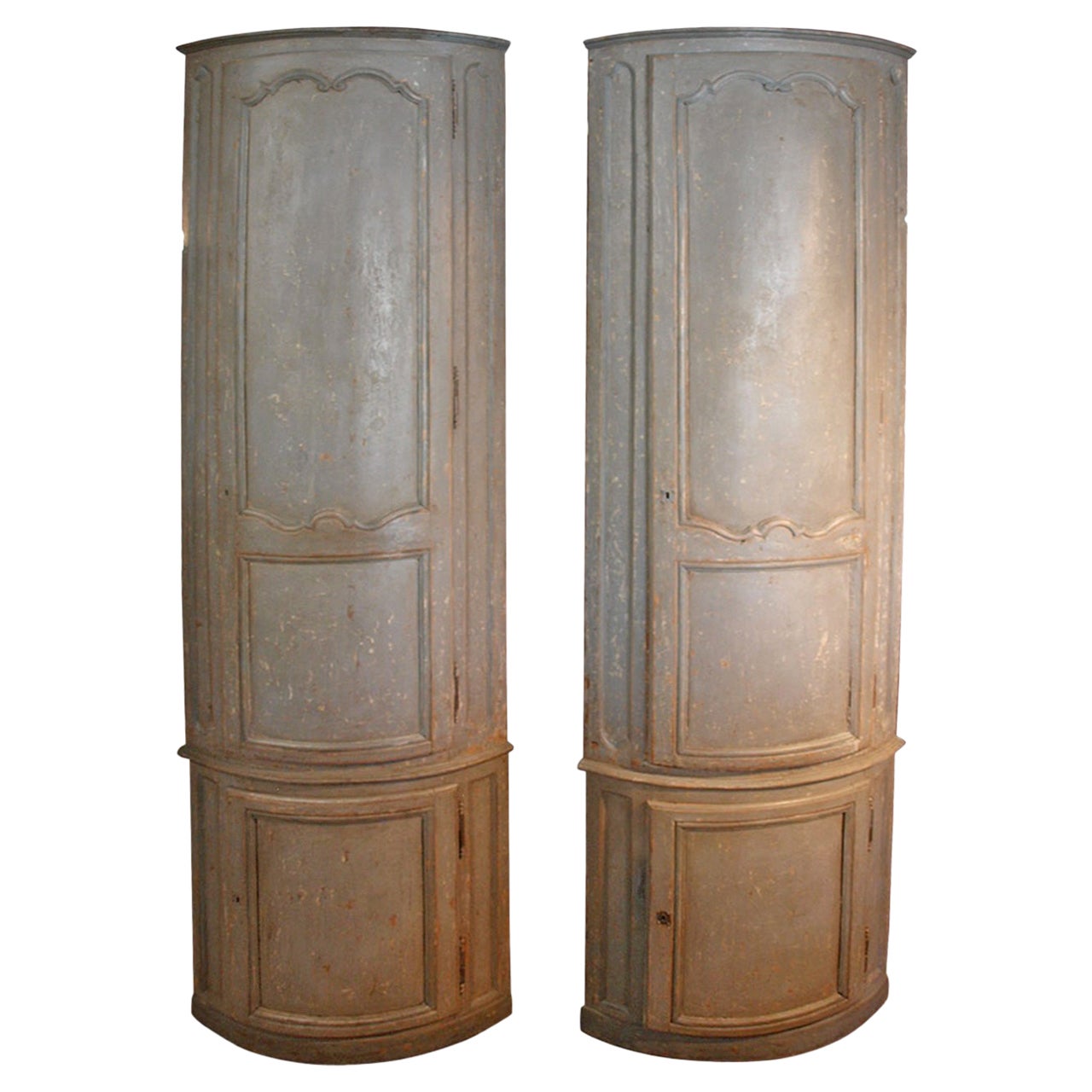 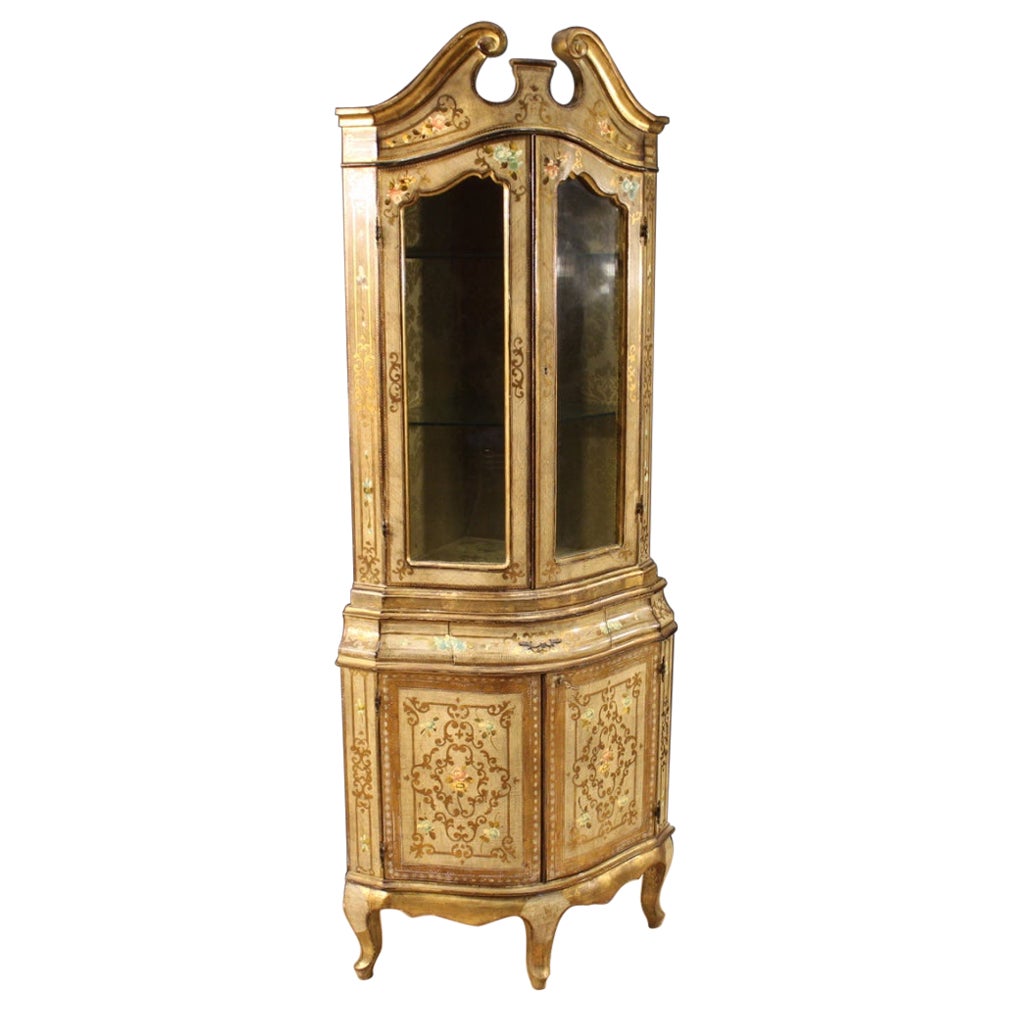 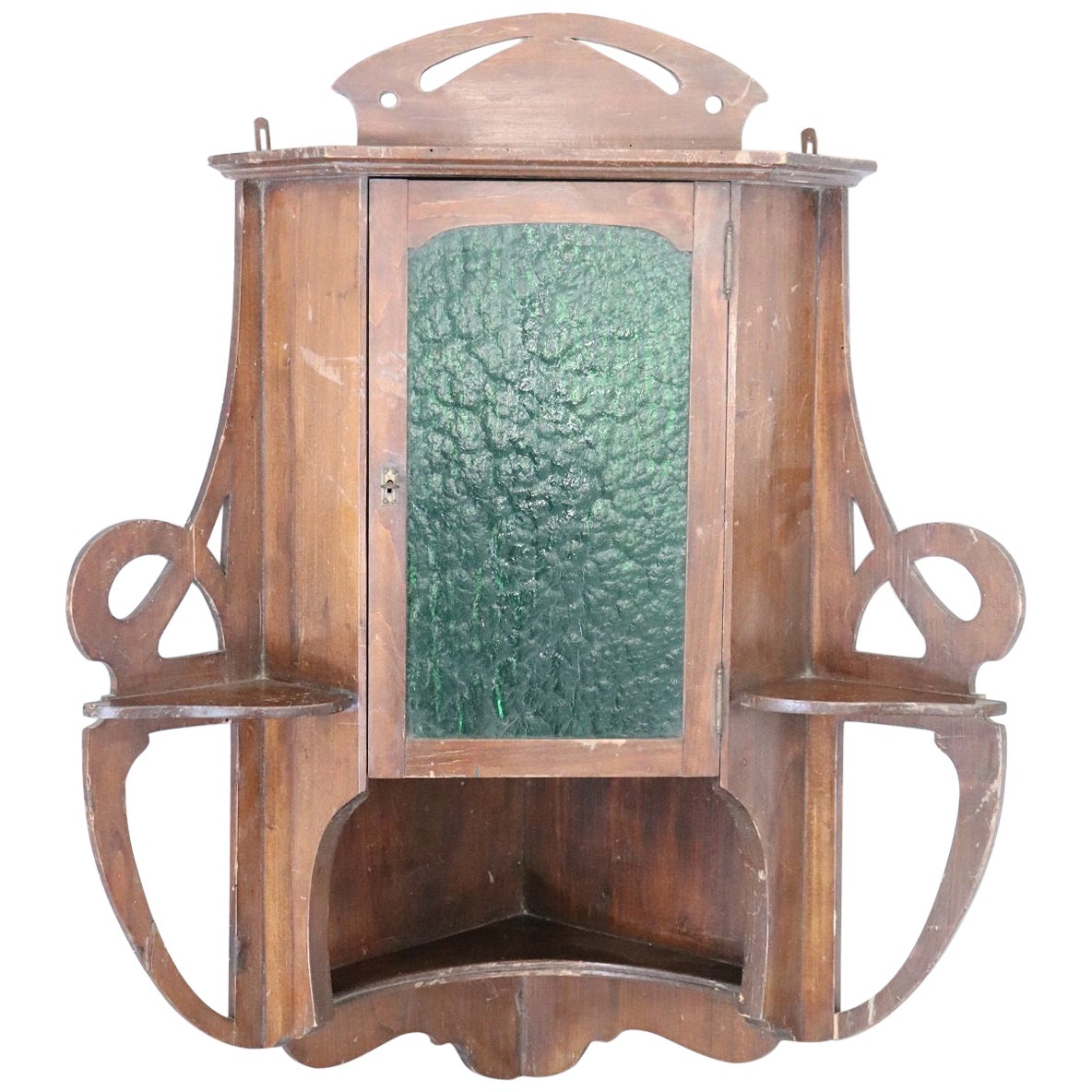 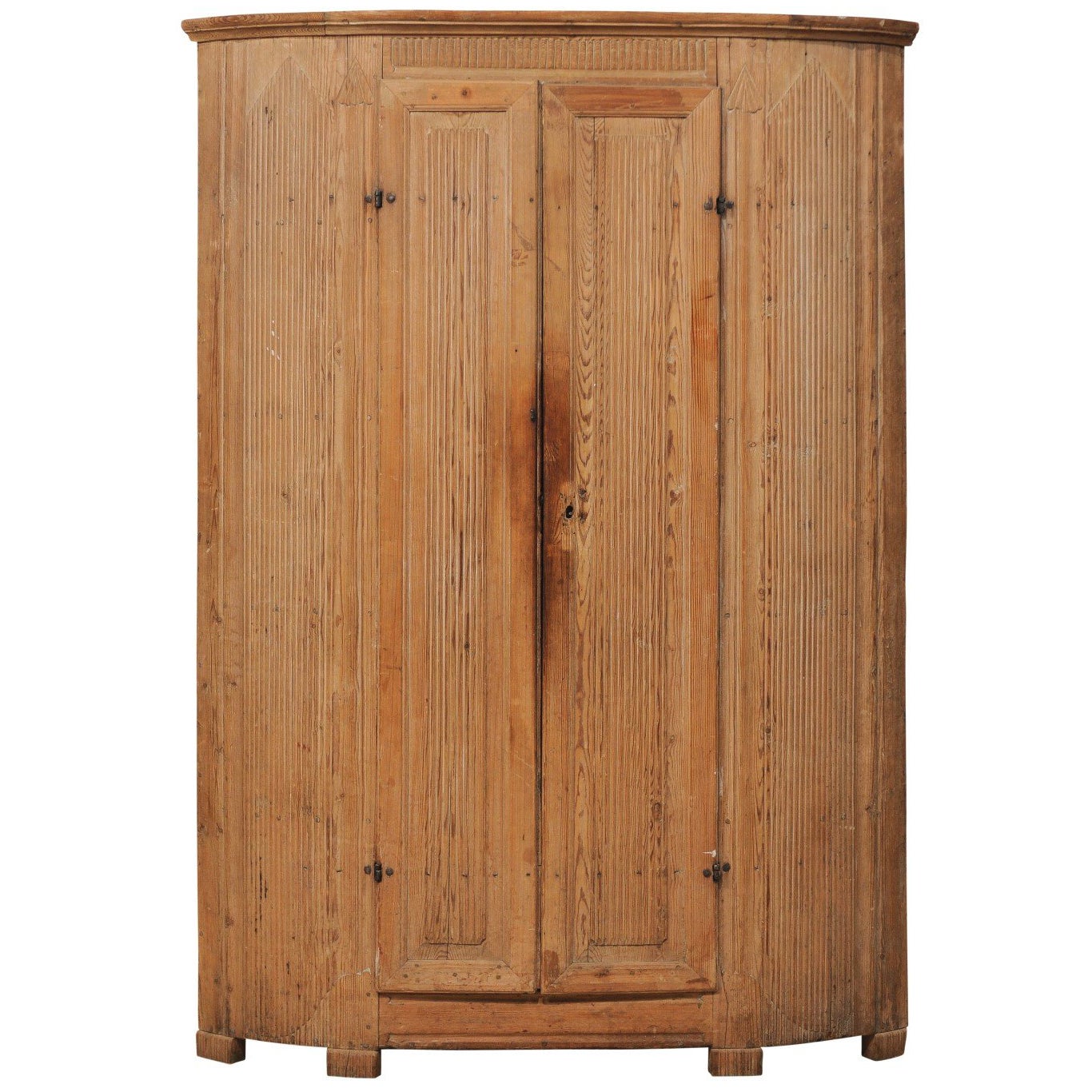 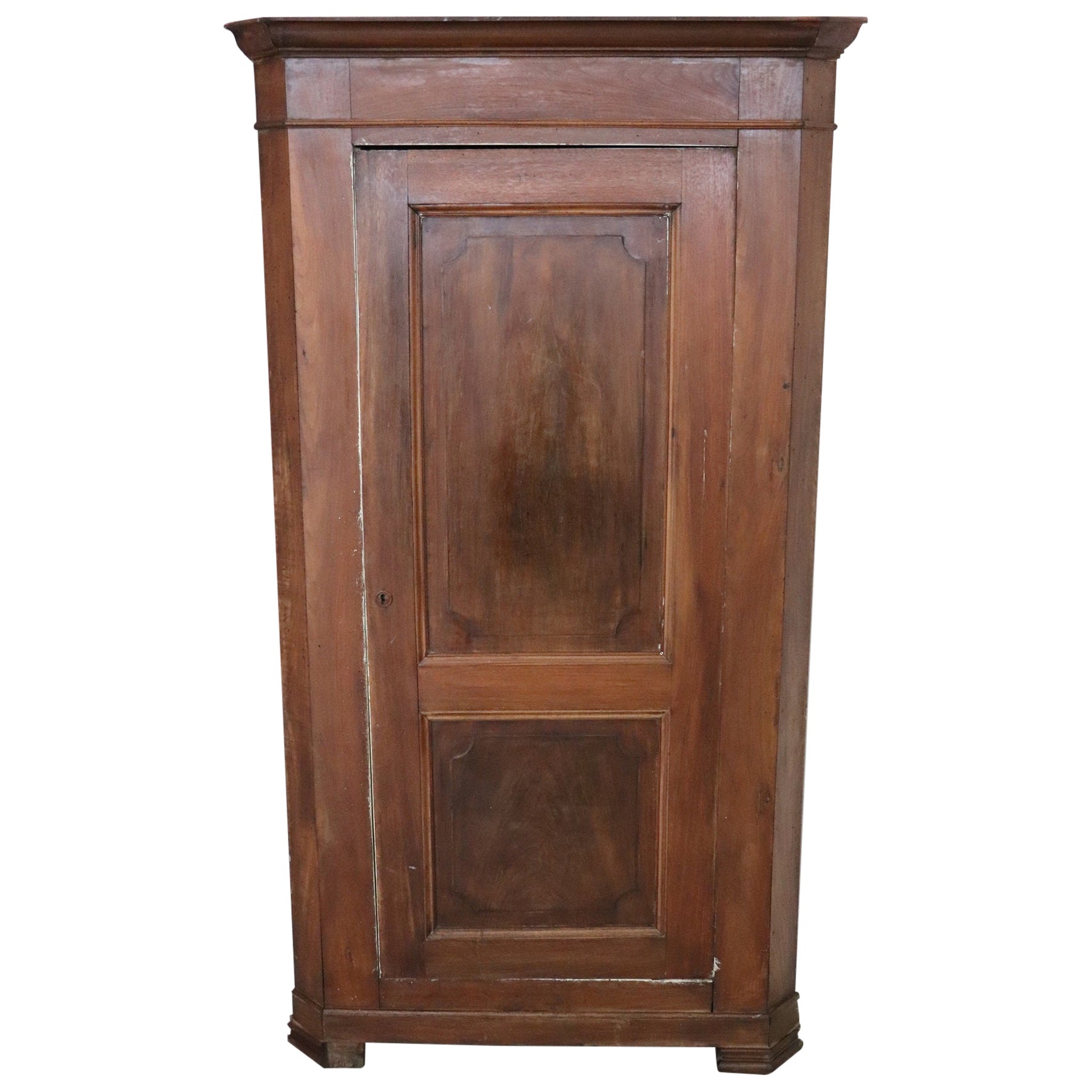 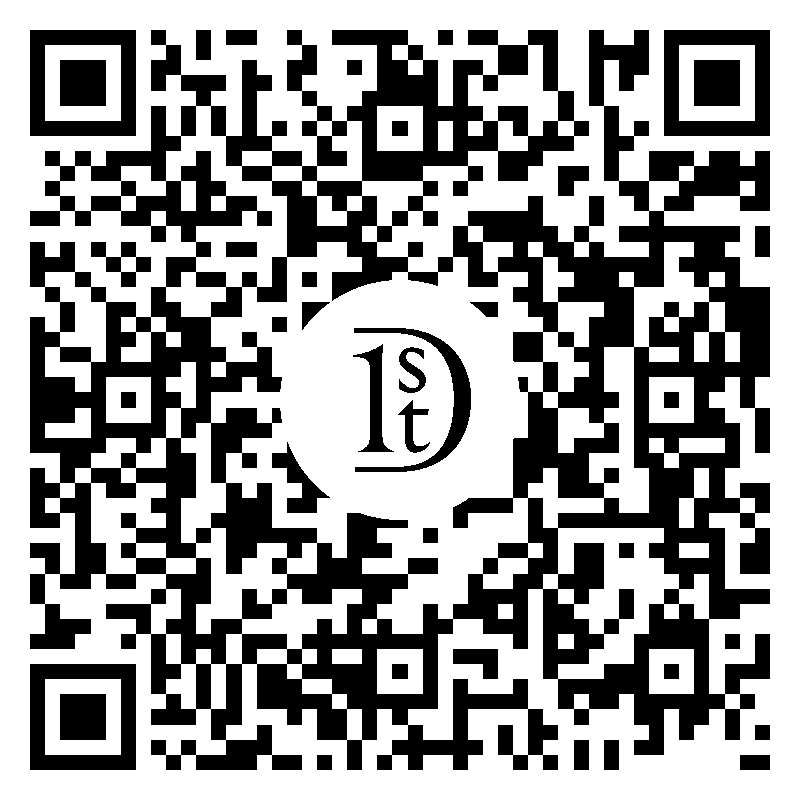 Rare and magnificent bar cabinet designed by Tomaso Buzzi, circa 1930. Verified by the Tomaso Buzzi foundation archive. The cabinet was designed on commission by a private Milanese house. The cabinet has a double hinged door. Inside we find in the walls of the doors of the brass shelf with glass tops. The interior has a cherrywood coating. At the bottom as a base we find a mirror glass. The cabinet is ache illuminated from the inside with two lights. The peculiarity of the cabinet are its rounded profiles that flow into the semi-horn copy shaped feet typical of the designer Buzzi. At each section we find a brass ring that visually pronounces the round shape of the horn copy. Also the lock and gear of the movement of the round profiles are made of brass. Another detail are its feet with brass tips. This very charming piece of furniture is ideal for sophisticated environments full of history.

Architect, urban planner, glass, furniture and landscape designer, and interior decorator — Tomaso Buzzi was a 20th-century renaissance man. Buzzi, along with his frequent collaborator Gio Ponti, led Italy’s Novecento Milanese movement of the 1920s and ‘30s — an approximate equivalent to France’s Art Deco movement. While Buzzi is prized for chairs, tables and other furnishings that modernized the majestic lines of 18th-century designs, he is best known for the remarkable, jewel-toned glassware he produced in a two-year stint as the artistic director of the Venini glassworks on the Venetian island of Murano.

Buzzi was born in 1900 in the town of Sondrio in the Lombardy region of northern Italy. He studied at the Milan Polytechnic, and soon after he graduated joined a lively Milanese decorative arts scene. In 1927, he and Ponti joined fellow designers Paolo Venini and Michele Marelli to form a design collaborative called Il Labirinto (the Labyrinth), Italy’s answer to the Wiener Werkstätte. In 1932, when Venini's glass company lost the design services of the sculptor Napoleone Martinuzzi, who left to start his own factory, he turned to Buzzi. The young architect’s careful study of lighting design and a love for experimentation yielded major innovations in Murano glass fixtures. The forms of his wares were inspired by sources from antiquity as diverse as Persian urns and animal-shaped Etruscan jugs. Buzzi developed a complex glass-layering method that produced deep, glowing pastel colors that ran from pink to peach, to sea-green and slate blue.

Buzzi furniture has a noteworthy elegance and nobility. Delicate chairs with arrow-shaped backs and elaborate burled wood armoires are typical of his aesthetic, and would add a sophisticated note to any room, modern or traditional. And an exemplary piece of Buzzi’s vibrant, lustrous glassware would merit a place of honor in every design collection. 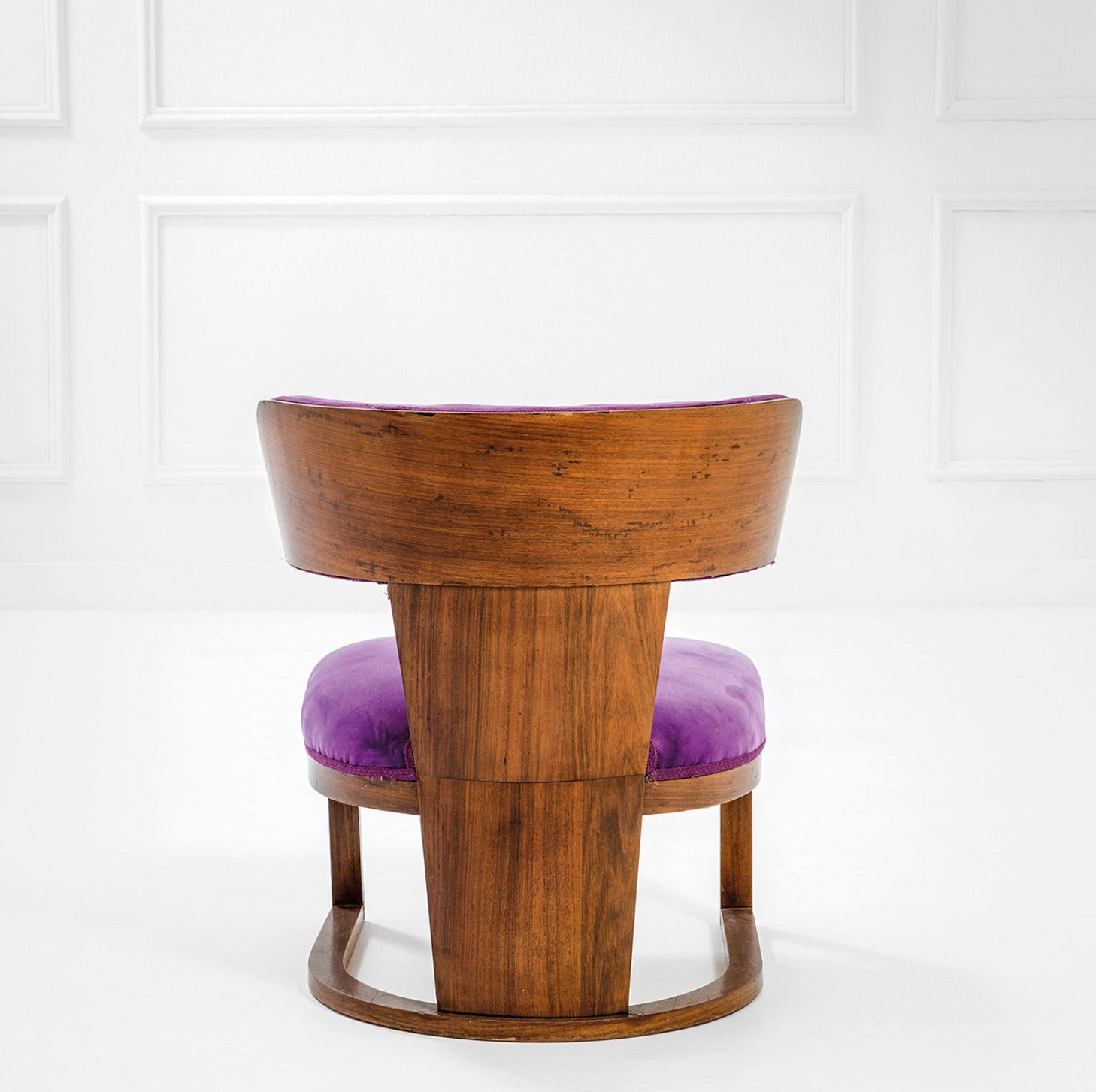 About the Seller
4.4 / 5
Located in Milano, Italy
Gold Seller
These expertly vetted sellers are highly rated and consistently exceed customer expectations.
Established in 2010
1stDibs seller since 2019
51 sales on 1stDibs
Typical response time: 4 hours
More From This Seller
View All From Seller

$12,800
20th Century Italian Corner Cupboard or Corner Cabinet in Walnut Wood
Located in Bosco Marengo, IT
Italian corner cupboard from the first half of the 20th century. High quality furniture in walnut wood. One doors and one drawer. Very simple and perfect for any environment. Perfect...
Category

$3,278
17th Century Italian Walnut Wood Corner Cabinet
Located in Dallas, TX
This antique walnut cabinet is from northern Italy's Veneto region. The top has stepped in moldings while the door frontage has two panels, each with three levels of shaped moldings ...
Category

Bar Cabinet in Brass and Wood