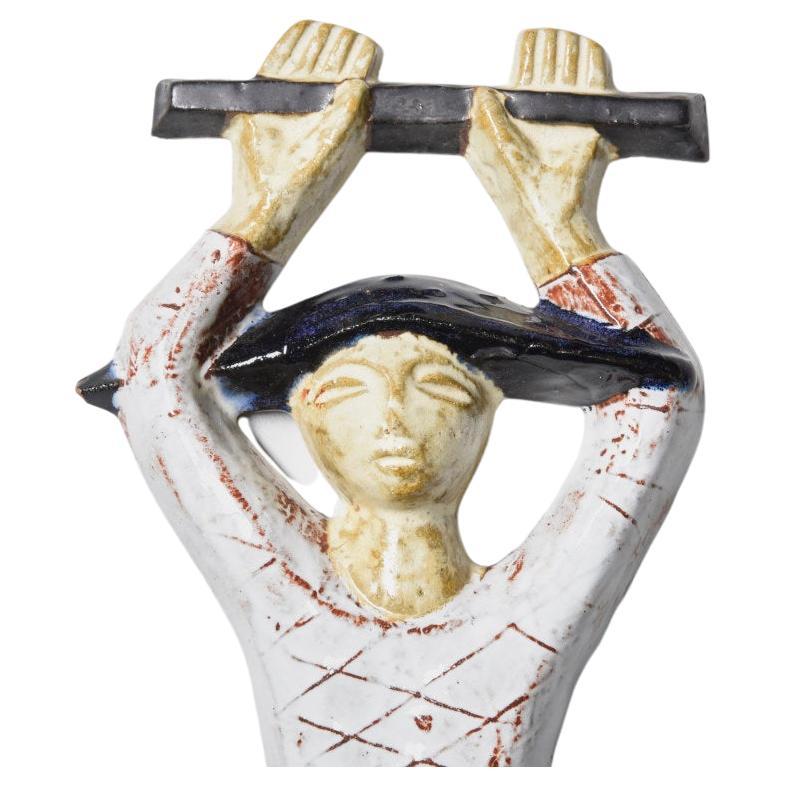 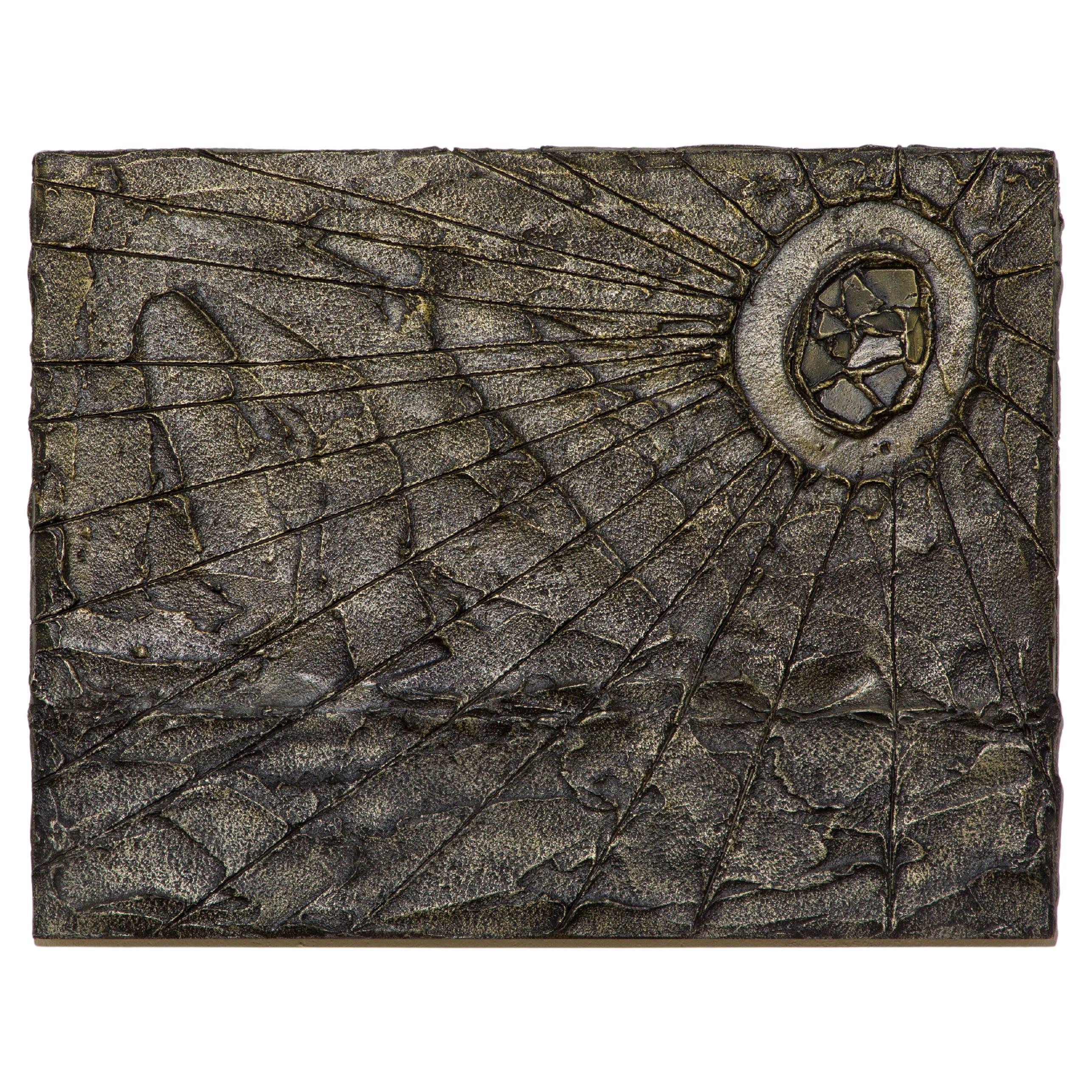 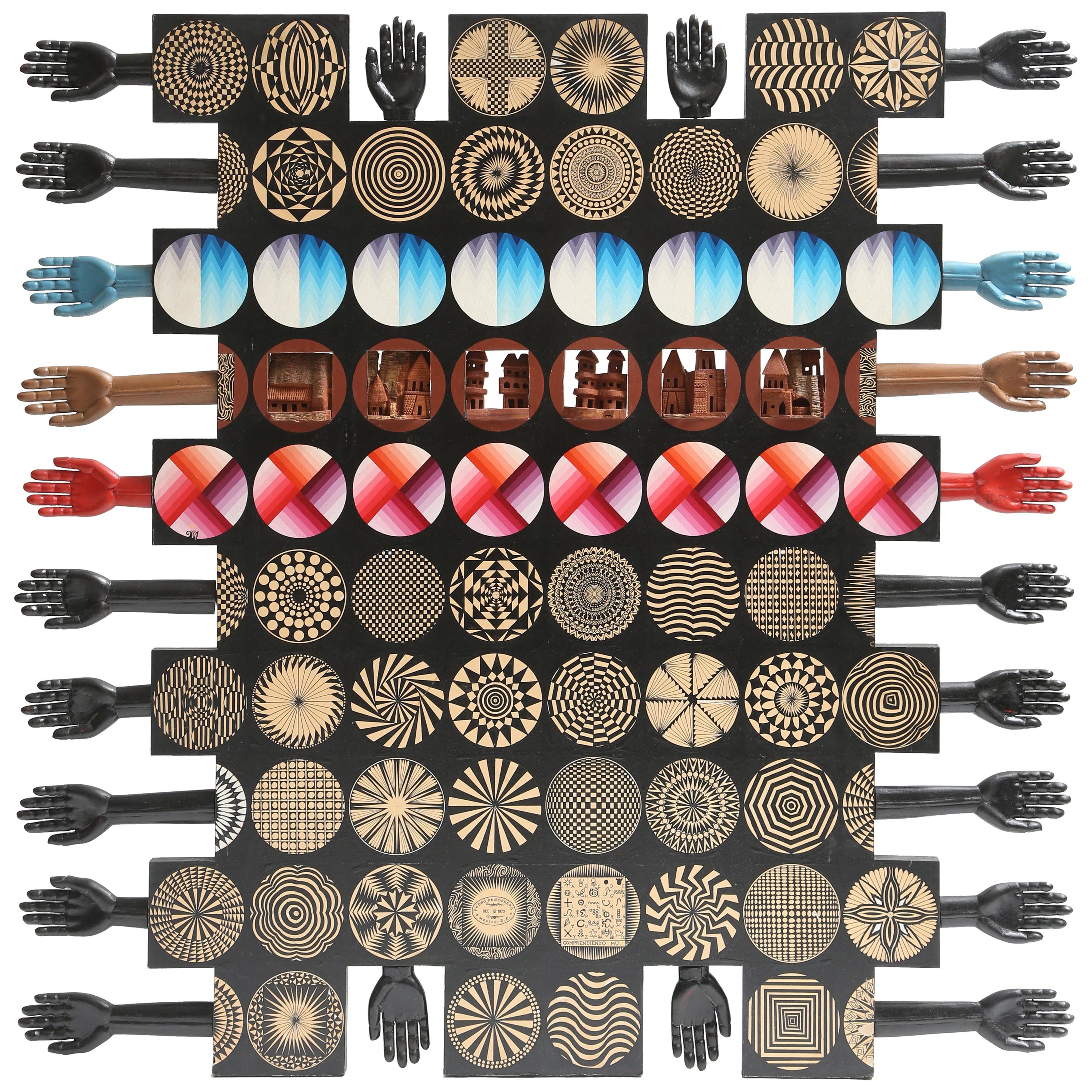 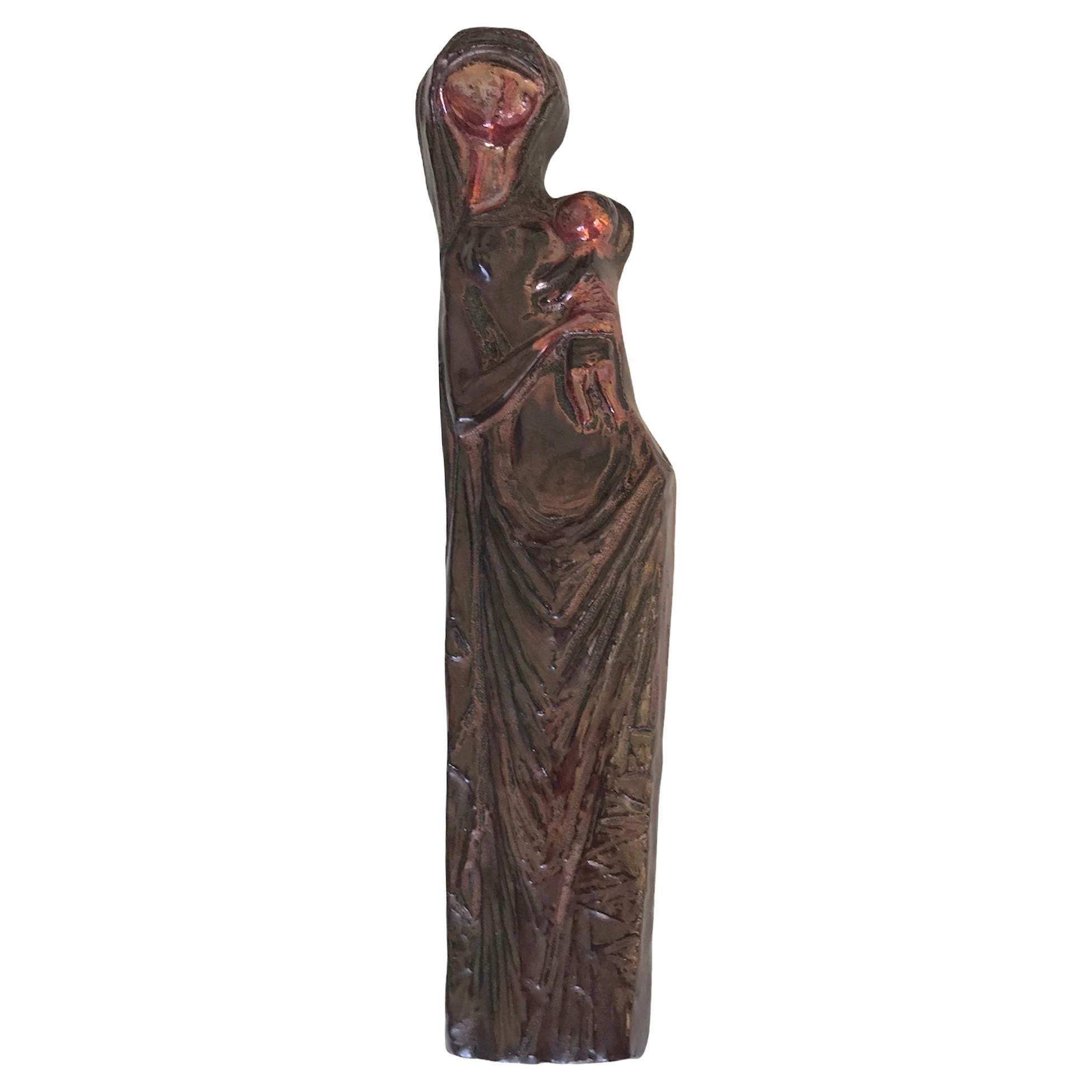 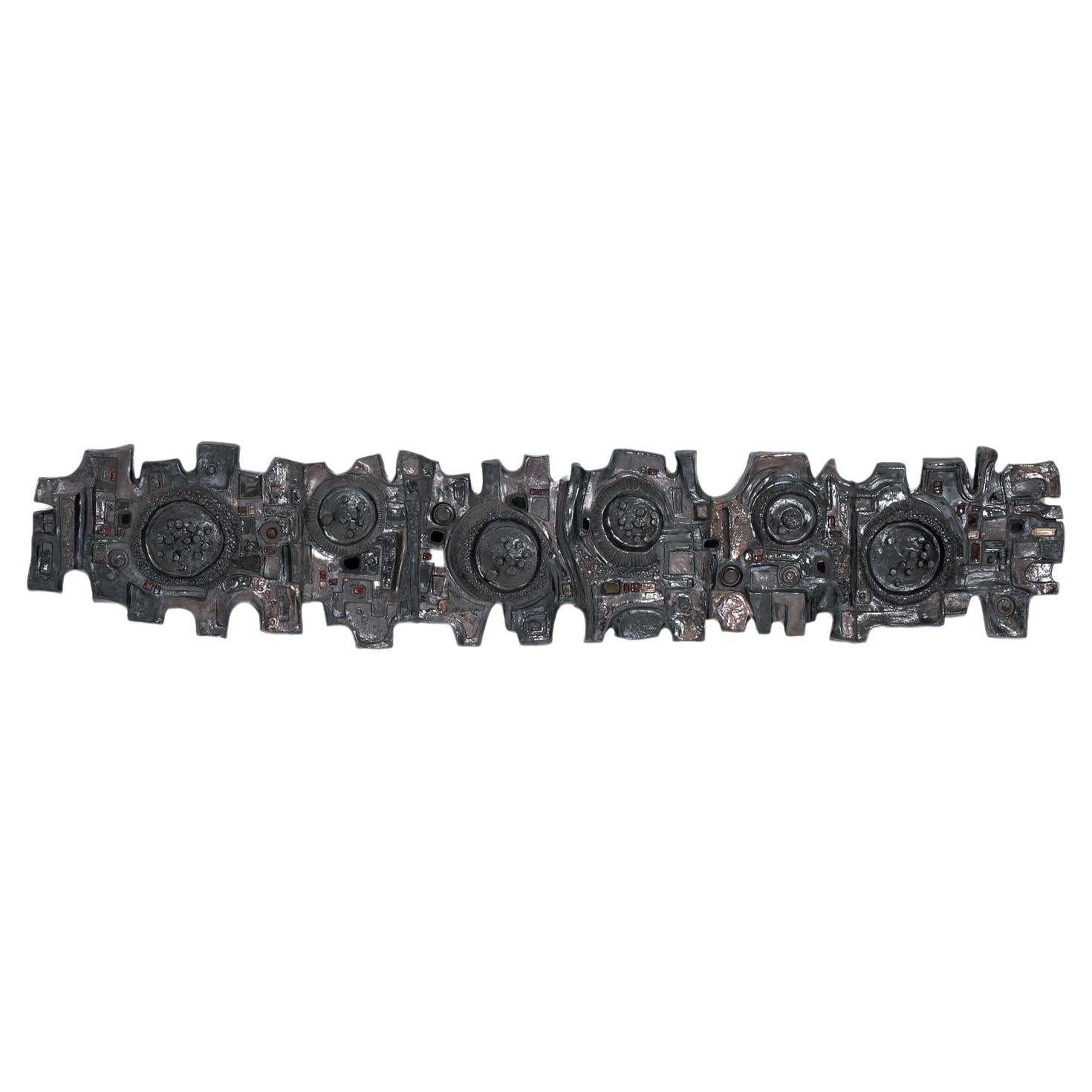 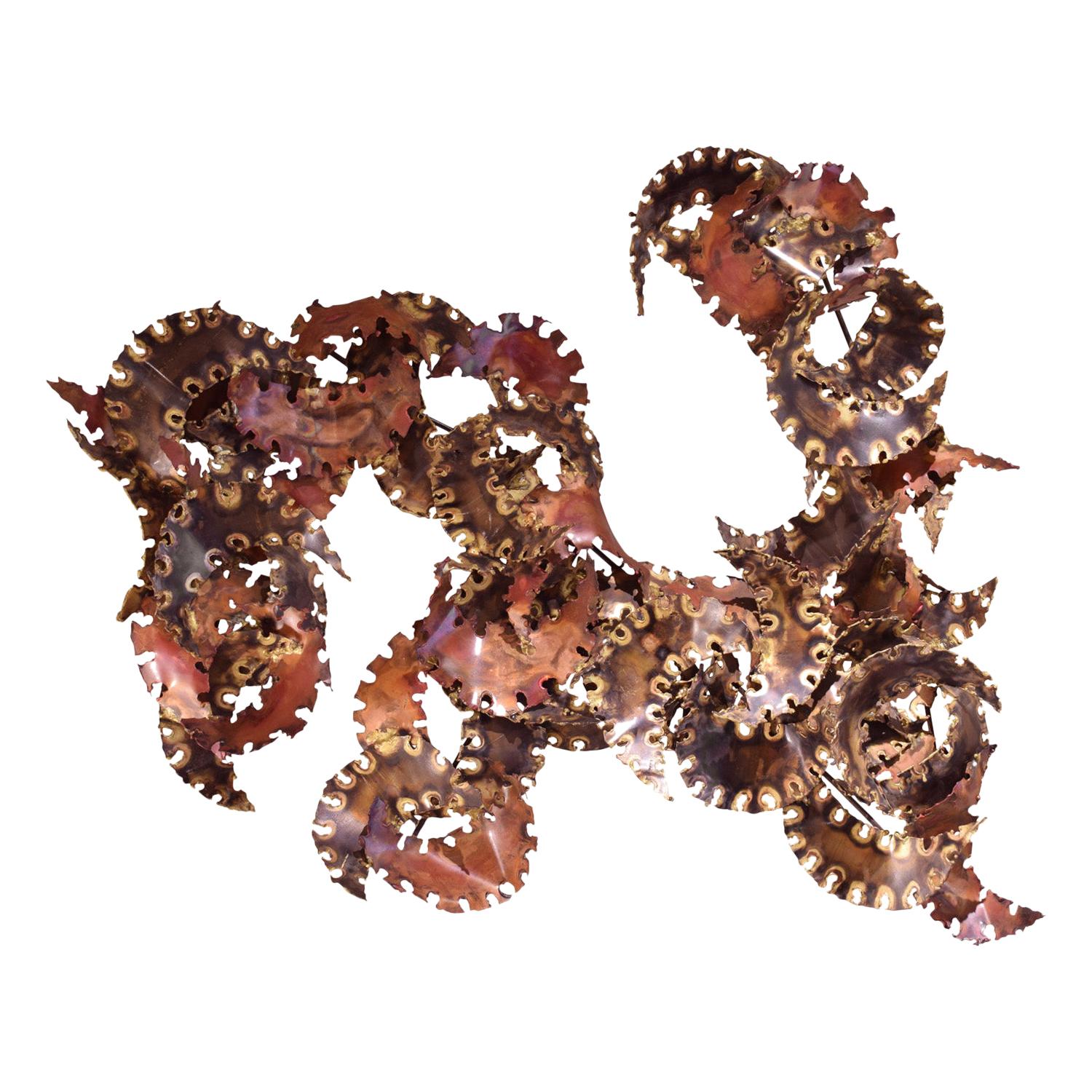 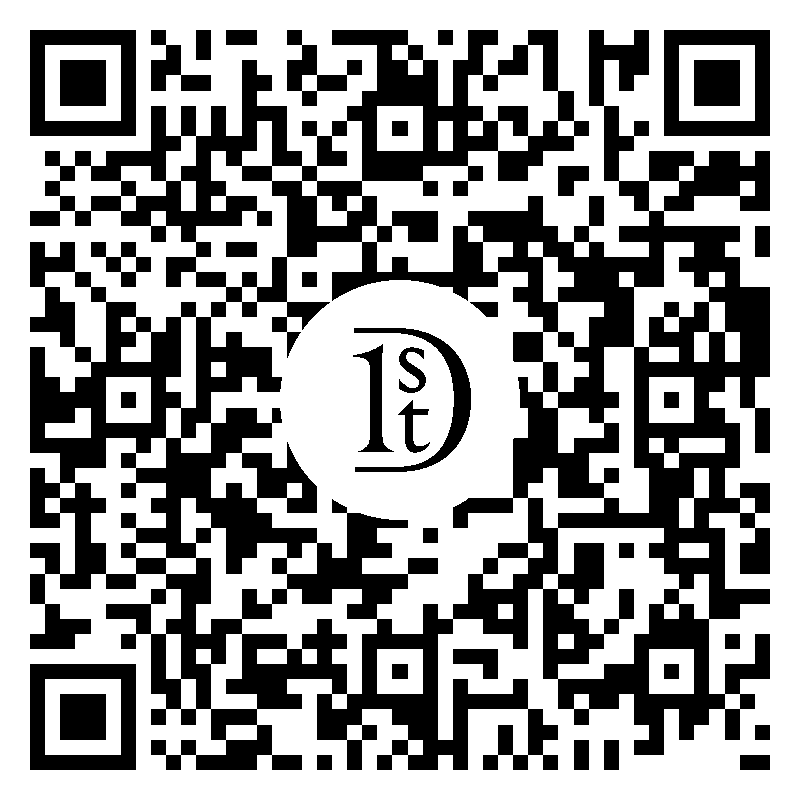 Brutalist concrete wall relief by Rogier Vandeweghe for Amphora, Belgium 1960s. Rogier Vandeweghe studied at the Sint-Lucas in Ghent between 1940-1945. Vandeweghe established himself as an independent potter in Sint Andries, near Bruges, after leaving the ceramic workshop Per Ignem, which he had founded with his brother Laurent in 1947. Under the name Amphora, from 1960 on his quickly expanding workshop produced entirely hand-thrown vessels. His modern forms experimental firing techniques rapidly earned the workshop an international reputation. Participation in major contemporary exhibitions led to numerous awards and acquisitions by leading ceramic museums across Europe. In 1975 all production ceased. These panels made out of concrete where only produced in small numbers for special projects. They were made in the garden of the atelier in Sint Andries where they had created a sand mould in the ground which could only be used a several times. This panel was part of the entrance of a luxurious apartment complex in the city of Ghent where it hang outside. The panel is in a very good condition. It can both be hung vertically or horizontally. The panel is exposing a very interesting and highly detailed relief. The panel has a metal construction at the backside which makes it strong and also possible to mount it properly on the wall. 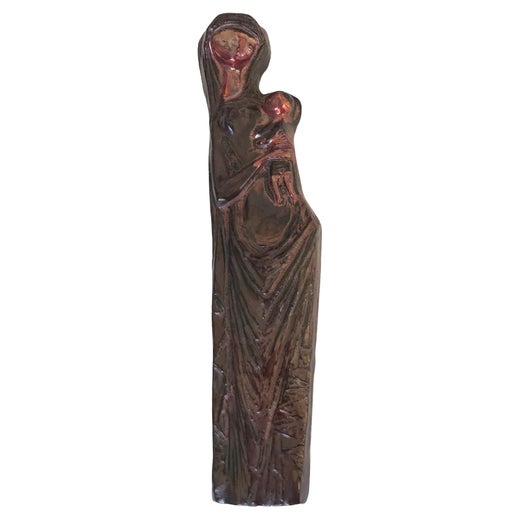 Jugendstil—the Germanic name for the sinuous, ethereal design style best known as Art Nouveau—rarely found better expression in ceramics that at the kilns of Amphora. In 1892, Austrian potter Alfred Stellmacher and four relatives opened a workshop that produced earthenware featuring plants, animals, mythical creatures, simulated jewels and even portraits in the style of Gustav Klimt and other fashionable painters of the era. Each piece was signed Amphora. The factory also produced ewers, bowls, tureens, and other diverse shapes. Located in the former spa resort town of Turn-Teplitz (now part of the Czech Republic), the Amphora factory took advantage of the abundant kaolin in the local riverbeds—as well as the energy produced by the rivers themselves—in manufacturing their arresting wares.

Amphora pieces were painstakingly produced via a method that included detailed sketches, intricate carving and molding and luminous iridescent glazing. All culminated with repeated firings of the clay—sometimes as many as ten times. As a result, the firm won worldwide acclaim, taking gold medals at the Chicago and St. Louis World’s Fairs. Its wares were sold by luxury emporiums like Tiffany & Co.

Collectors prize Amphora vases for their delicate, naturalistic designs, and larger pieces often command prices in the tens of thousands. Equally sought after are portrait busts featuring religious, literary and allegorical themes. If you’re mourning the end of Downton Abbey and you’d like to add a dash of Lady Edith’s bohemian flair to your home, an Amphora vase or bowl will serve as a unique conversation piece.

$750
XL Ceramic Wall Sculpture by Amphora, 1970s
Located in Vlimmeren, BE
This impressive wall sculpture was created in the 1960s in the workshop of Amphora. This brutalist artwork is a great example of craftsmanship. The design is extraordinary with brut...
Category