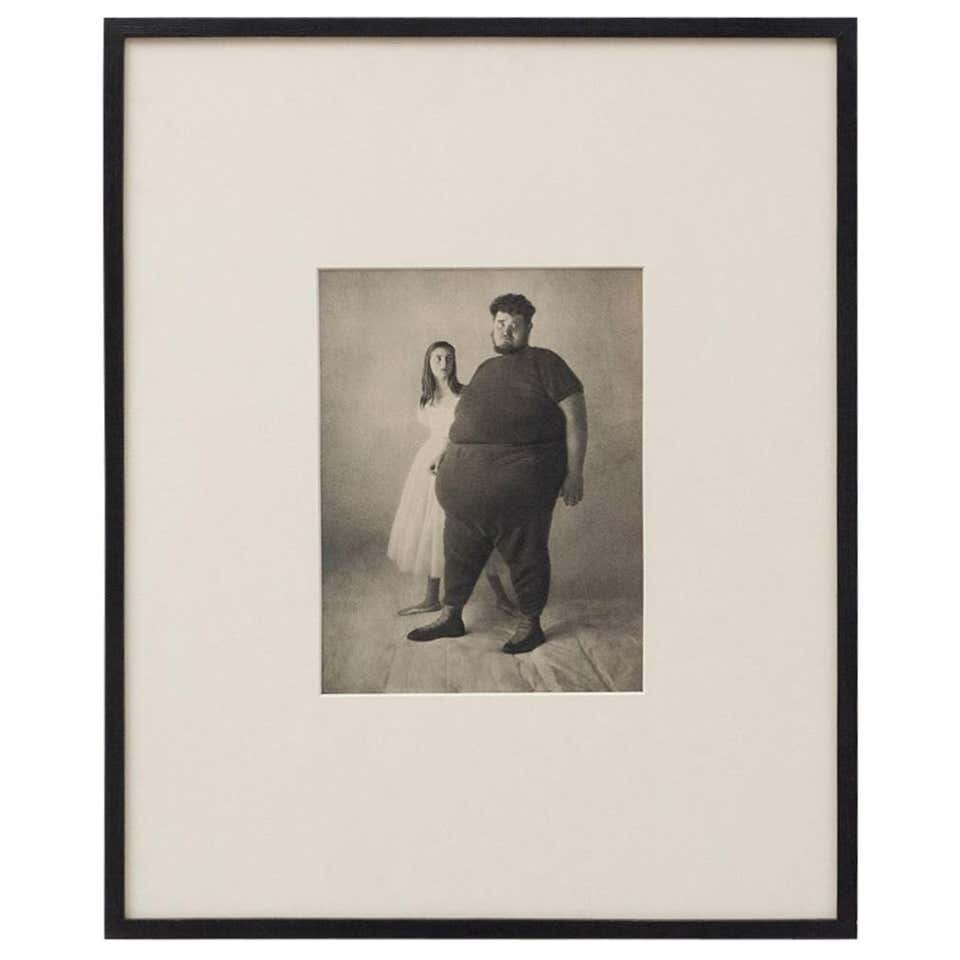 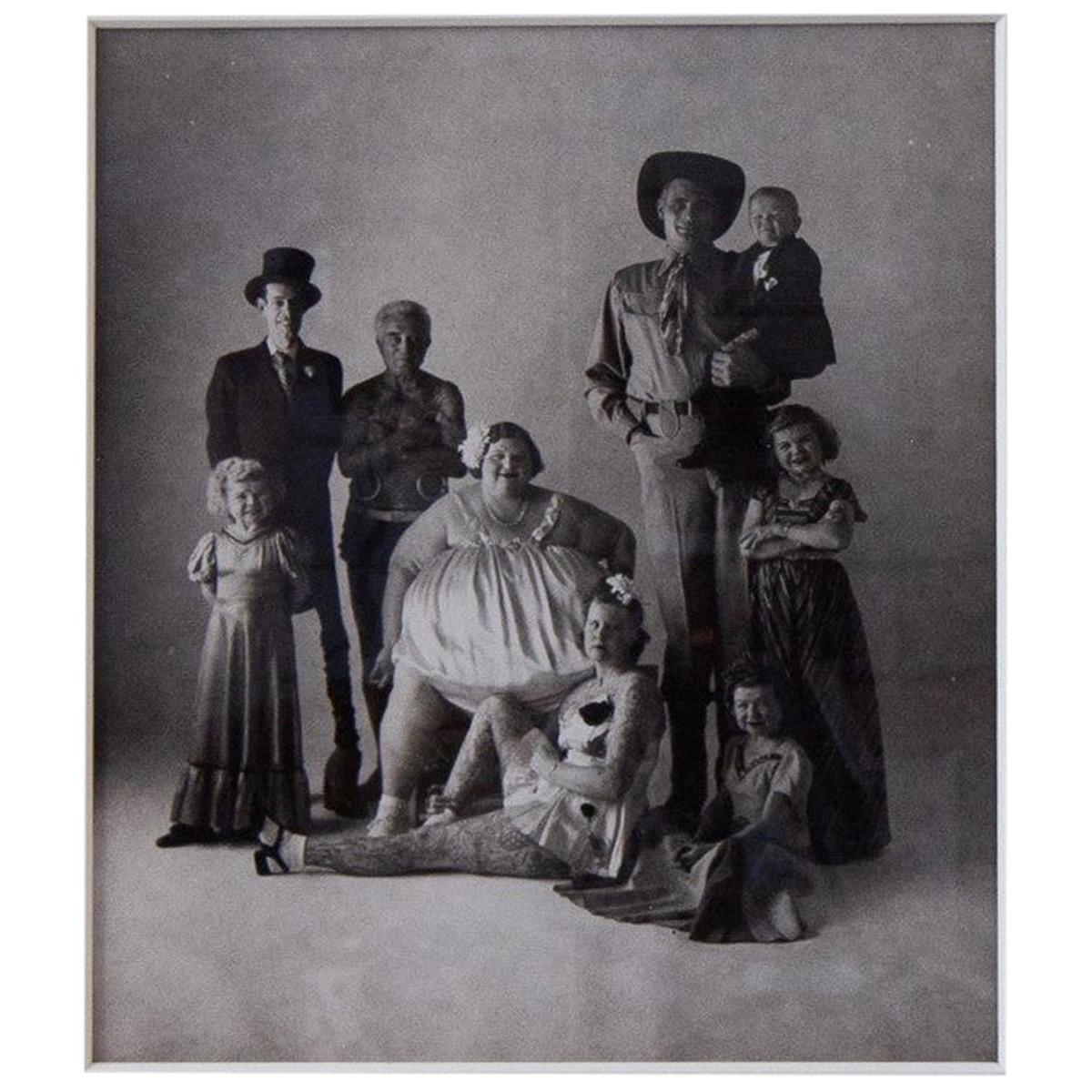 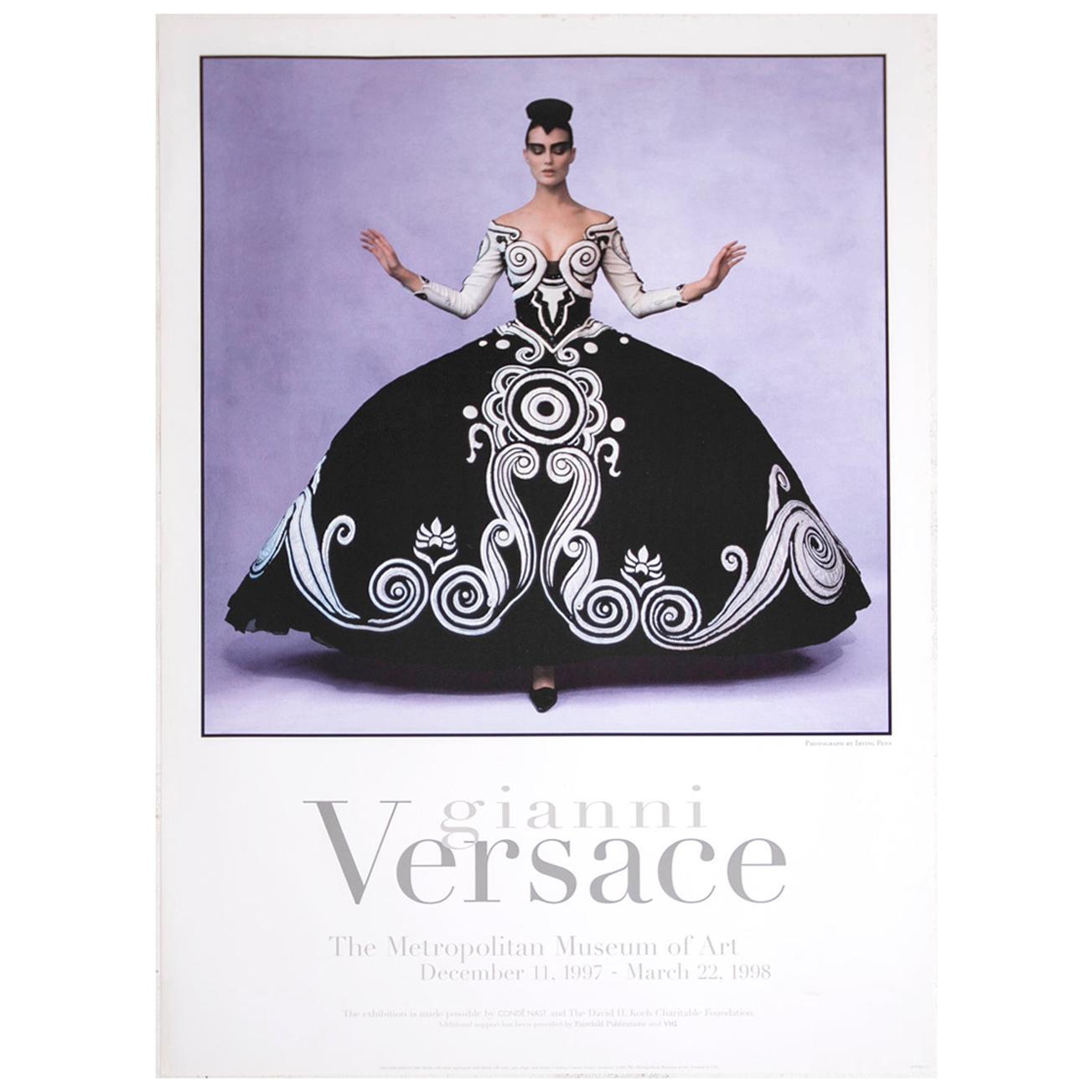 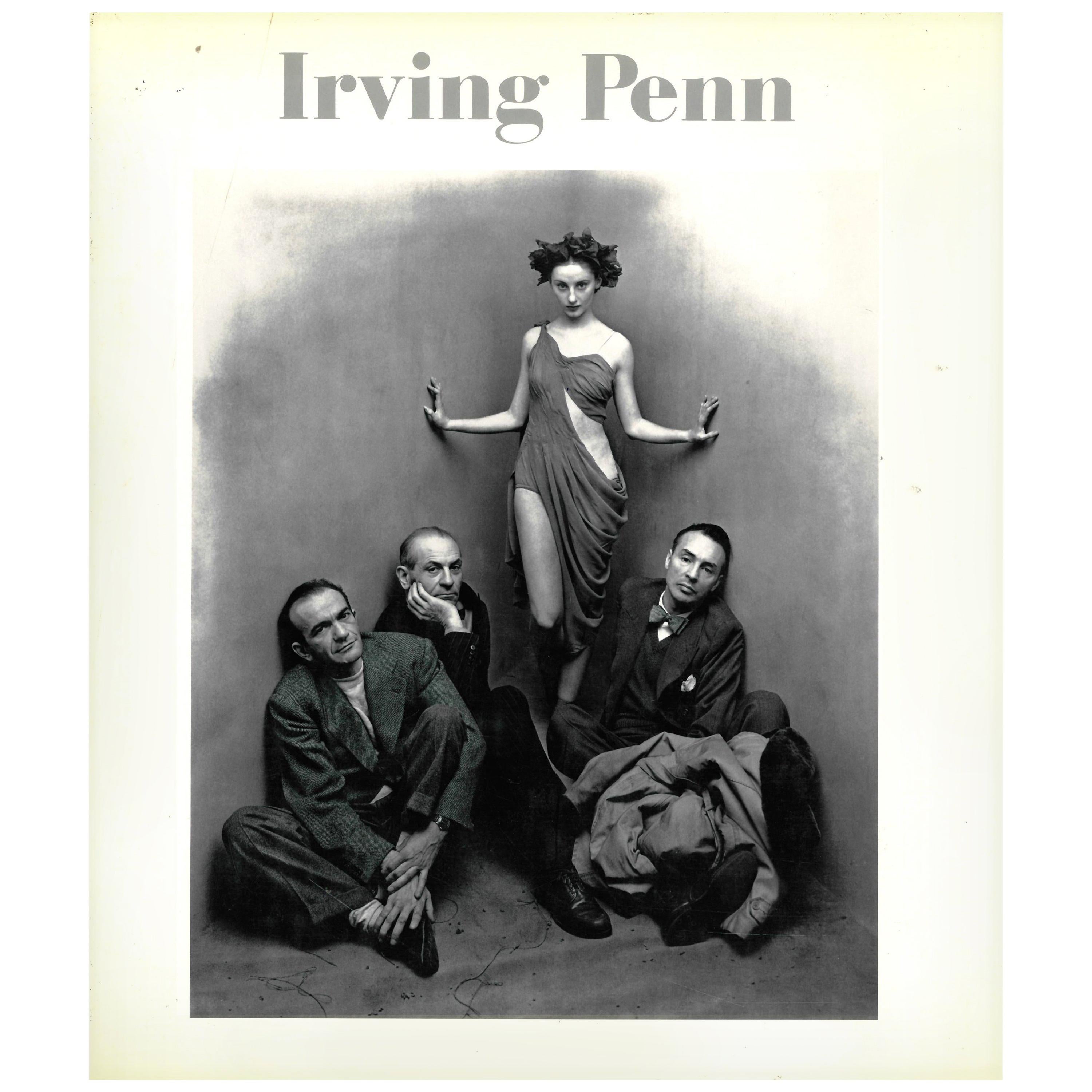 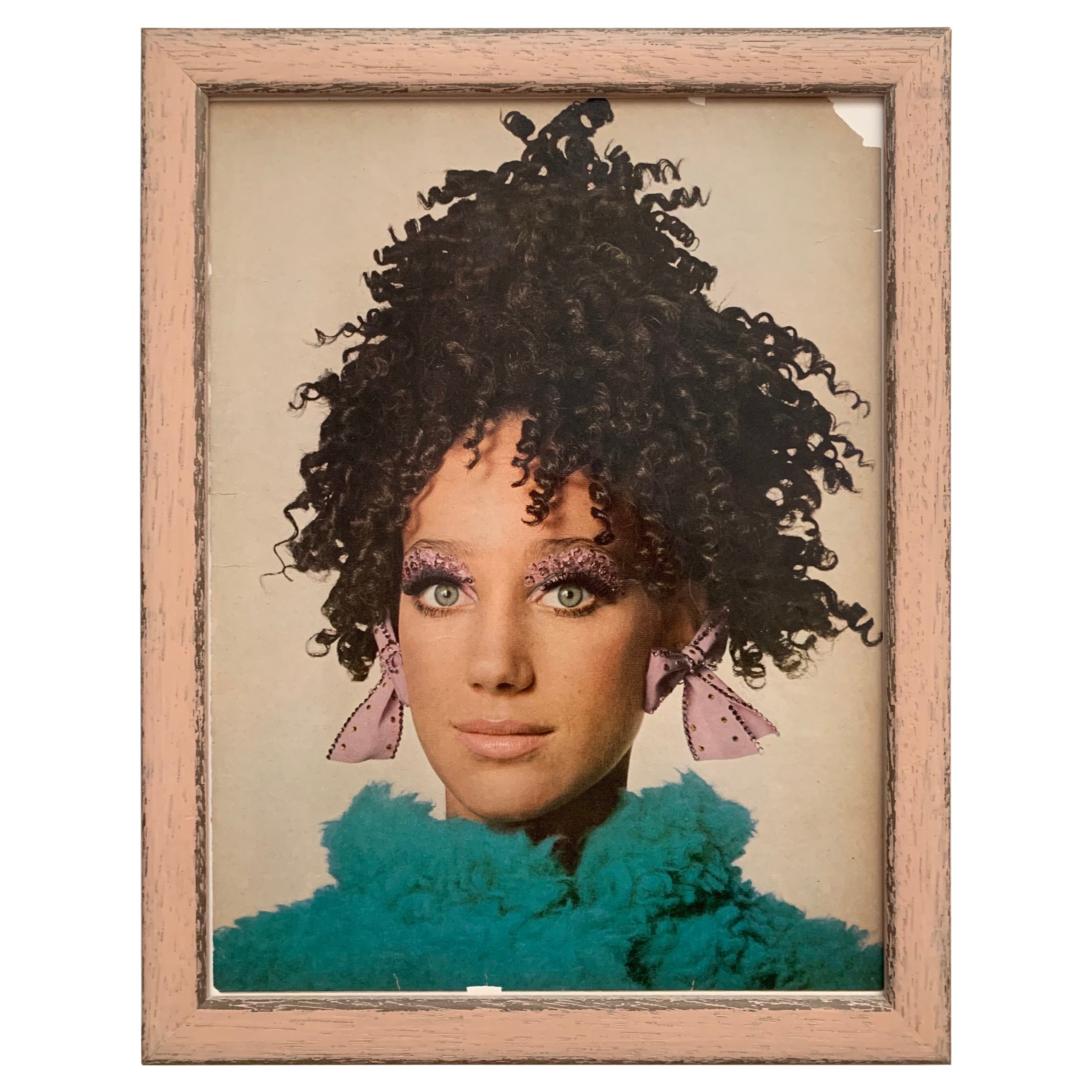 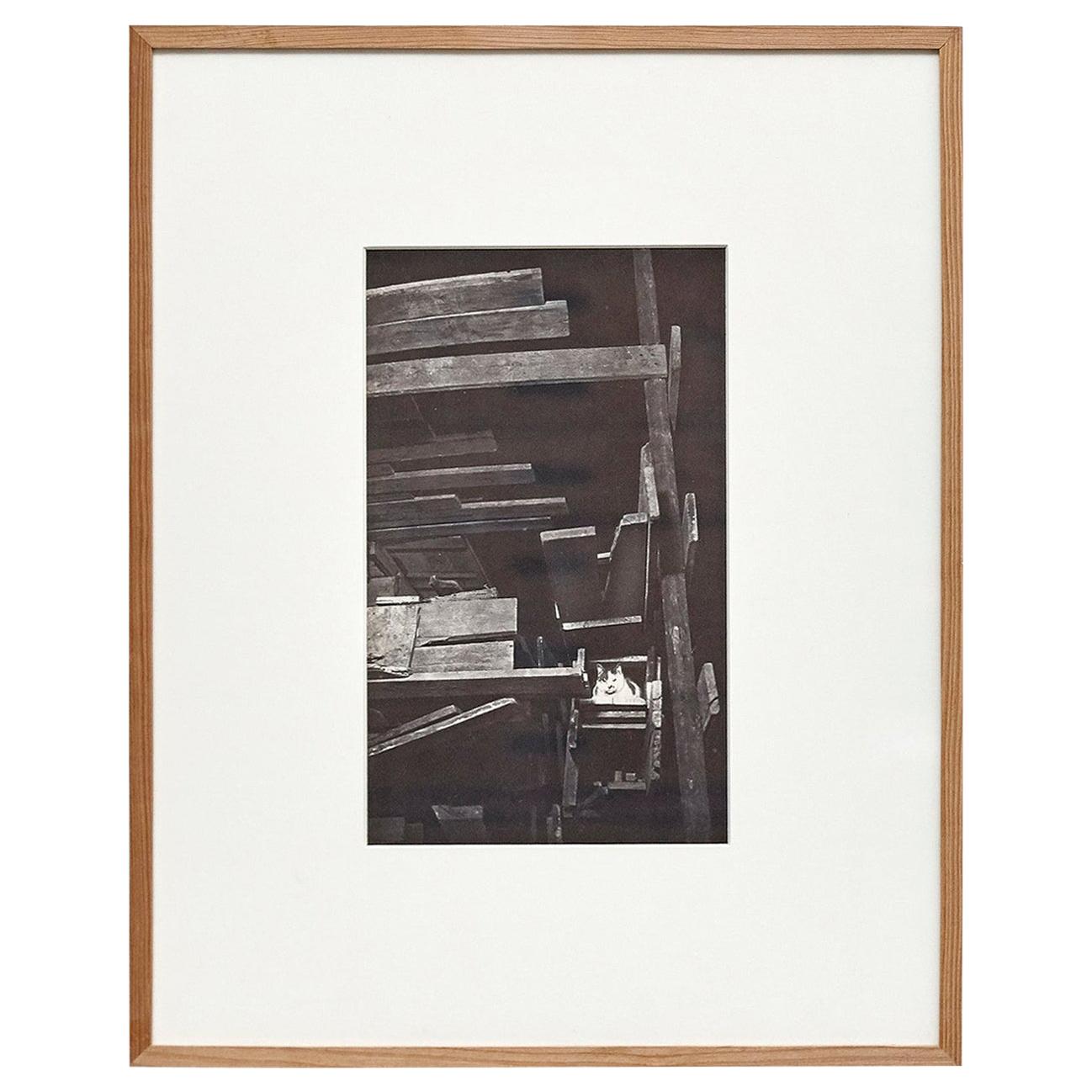 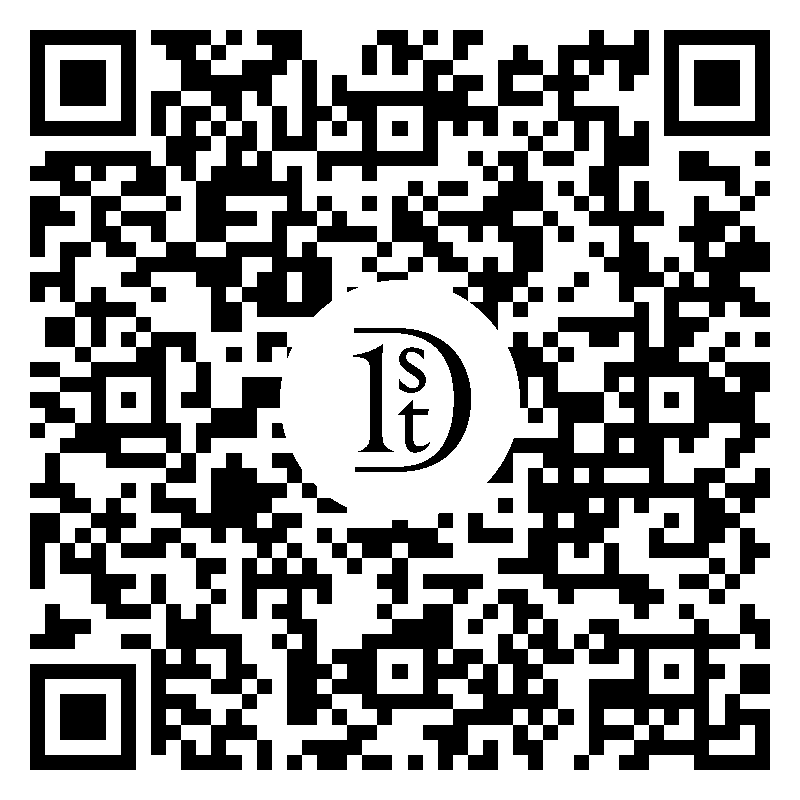 Irving Penn photogravure plate page 21 inside the book Phographie 1947 edited by Arts et Metiers Graphiques. Measures: 17 x 22.5 cm Black wood framed size: 40 x 50 cm Copyright by Condé Nast publications inc. Irving Penn, (born June 16, 1917, Plainfield, N.J., U.S.-died Oct. 7, 2009, New York, N.Y.), American photographer noted for his sophisticated fashion images and incisive portraits. Penn, the brother of the motion-picture director Arthur Penn, initially intended to become a painter, but at age 26 he took a job designing photographic covers for the fashion magazine Vogue. He began photographing his own ideas for covers and soon established himself as a fashion photographer. Penn also became an influential portraitist. He photographed a large number of celebrities, engaging each subject to sit for hours and to reveal his or her personality to the camera. In his portraits the subject is usually posed before a bare backdrop and photographed in natural northern light. The resulting images combine simplicity and directness with great formal sophistication. A memorable series of portraits he created in 1950-1951, collectively called Small Trades, was of labourers in New York, Paris, and London formally posed in their work clothes and holding the tools of their trade. This project eventually extended to places such as Nepal, New Guinea, Dahomey (now Benin), and Morocco. Penn’s later platinum prints of female nudes and of cigarette butts are characterized by the same tonal subtlety, compositional virtuosity, and serenity that mark his fashion photography and portraiture. 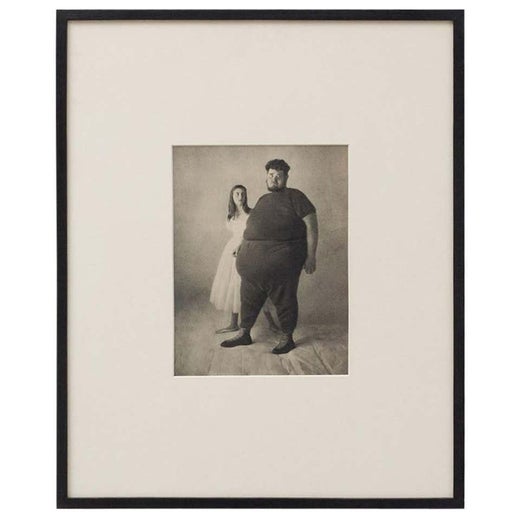 With a career in magazines that spanned the mid-20th century heyday of print journalism and lasted through the first decade of the 21st, Irving Penn was the preeminent photographer for six decades at Vogue, where he worked right up until his death, in 2009, at age 92.

Penn’s refined and dynamic photography of models, celebrities and products like Clinique and Jell-O pudding, all shot in compositions of stunning equipoise in the cool remove of his minimal studio setups, were designed to stop traffic and cut through the clutter of magazine pages.

Penn flourished under the mentorship of two legendary art directors: Harper’s Bazaar‘s Alexey Brodovitch and Vogue‘s Alexander Liberman, both Russian émigrés like Penn’s father. Brodovitch introduced Penn to Surrealism and avant-garde photography as his teacher at the Pennsylvania Museum and School of Industrial Art and hired him as his assistant at Harper’s Bazaar during the summers of 1937 and ’38. Penn bought his first camera after graduating that year. He met Liberman in 1941, passing off to the recent New York transplant his freelance art director job at Saks Fifth Avenue. Liberman returned the favor by hiring Penn at Vogue in 1943 to sketch cover concepts, later encouraging him to shoot his unconventional juxtapositions of accessories and household items himself.

Assigned to photograph some portraits in the mid-1940s, Penn took a cue from the stage-set windows at Saks. He angled two studio flats in his studio and placed his subjects, including Truman Capote, Jerome Robbins and Salvador Dalí, in the resulting tight corner, literally and psychologically. Spencer Tracy leans jauntily against the walls in his portrait, while Georgia O'Keeffe simmers straight-armed in her confinement.

Penn didn’t work well with the distractions of the outside world. In 1950, when he was instructed by Liberman to buy an evening jacket and shoot the couture shows in Paris, he managed the assignment by having the dresses brought to him. He rented a top-floor studio with great light but no electricity and photographed models, including Lisa Fonssagrives (whom he married shortly after), against a mottled gray theater curtain that he continued to use for the rest of his career. Between deliveries from Dior and Balenciaga, he began his personal project “Small Trades,” in which he had local Parisians — a knife grinder, a mailman, a cucumber seller — pose for him with tools of their trade against the same backdrop. (He extended the series in London and New York.)

While Penn made bold, reductive still lifes for advertising campaigns throughout his career, in 1972 he applied his sculptural understanding of form to the unlikeliest of subjects: cigarette butts he gathered from the streets. The Museum of Modern Art showed Penn’s cigarette butts in 1975, and the Metropolitan Museum of Art exhibited another series of material salvaged from the street in 1977. At this time, Penn also began revisiting his earlier photographs, reprinting them at larger scale and with the more painterly quality achieved with the platinum-palladium process. In his lush, oversized platinum-palladium prints, he elevates the lowly castoffs to heroic objects worthy of archaeological scrutiny.

1stDibs Buyer Protection Guaranteed
If your item arrives not as described, we’ll work with you and the seller to make it right. Learn More
About the Seller
4.9
Located in Barcelona, Spain
Gold Seller
These expertly vetted sellers are highly rated and consistently exceed customer expectations.
Established in 2015
1stDibs seller since 2015
1,256 sales on 1stDibs
Typical response time: 5 hours
More From This SellerView All
People Also Browsed
You May Also Like