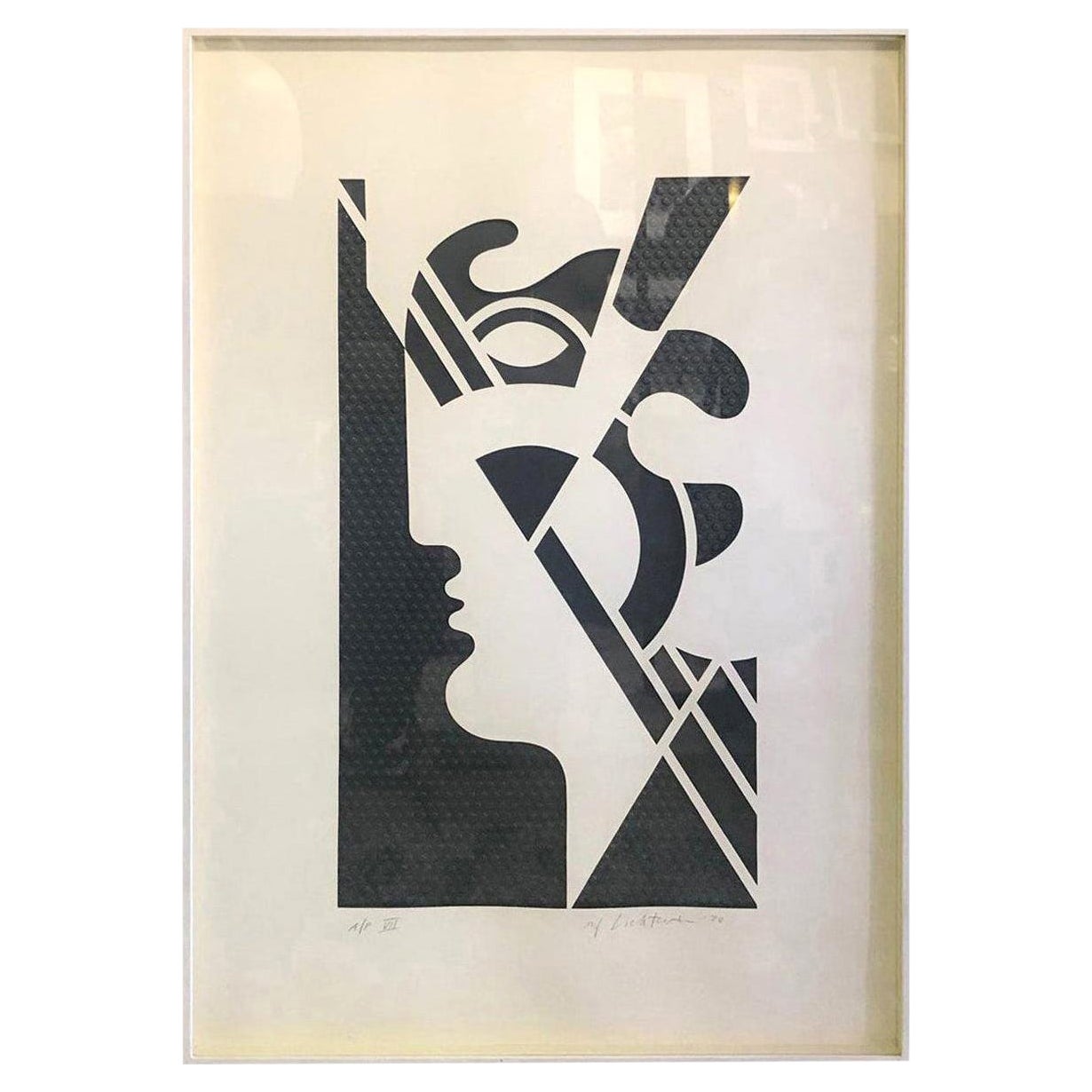 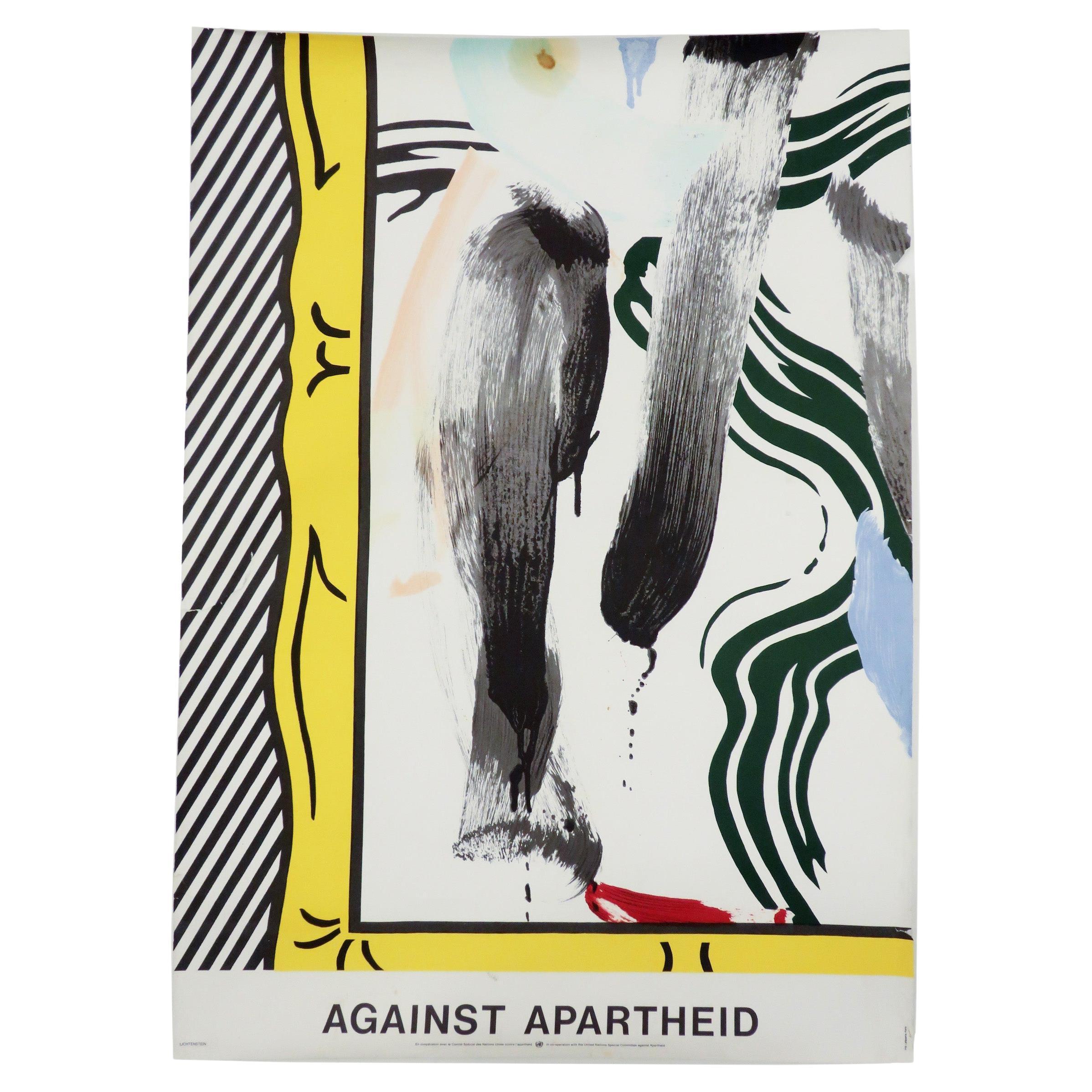 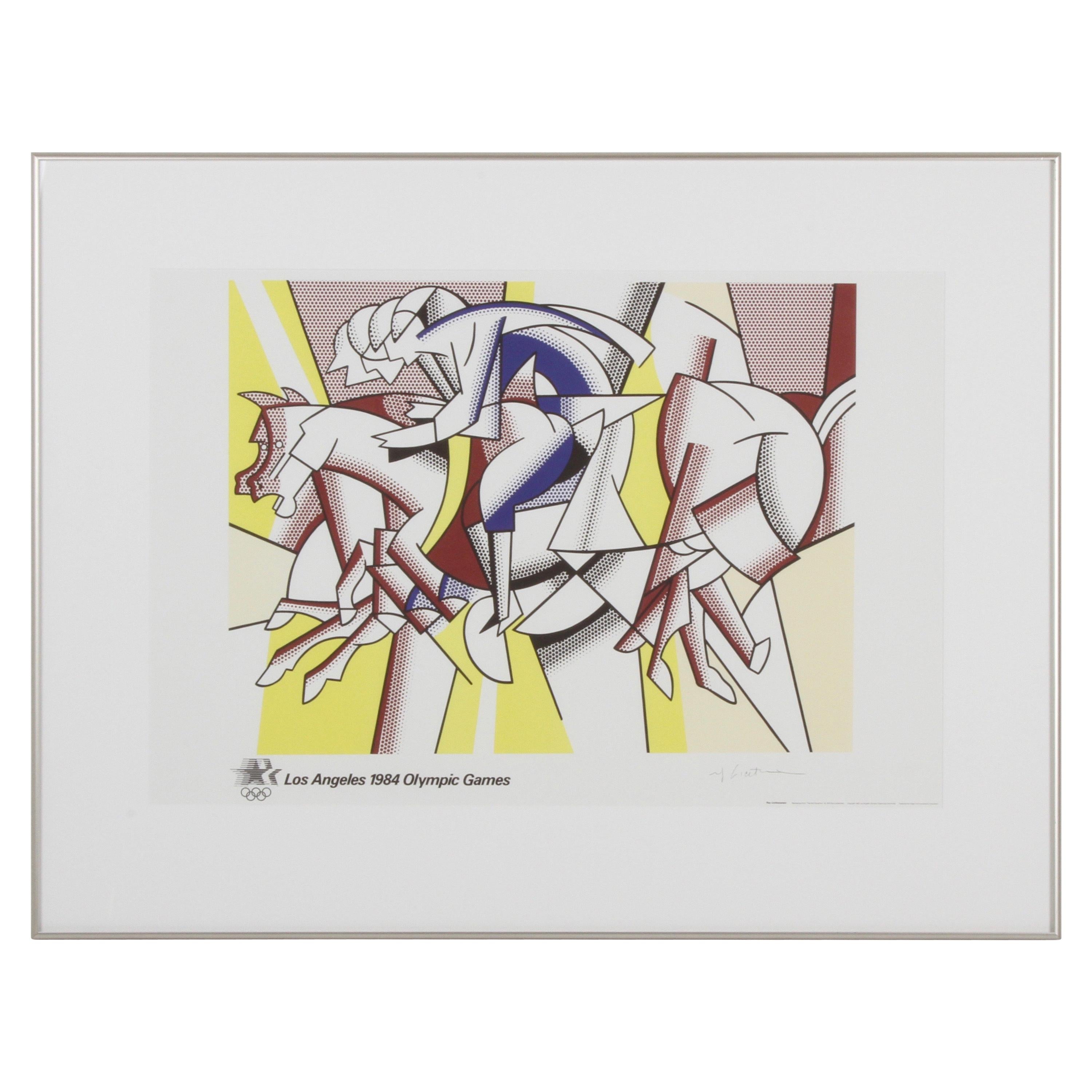 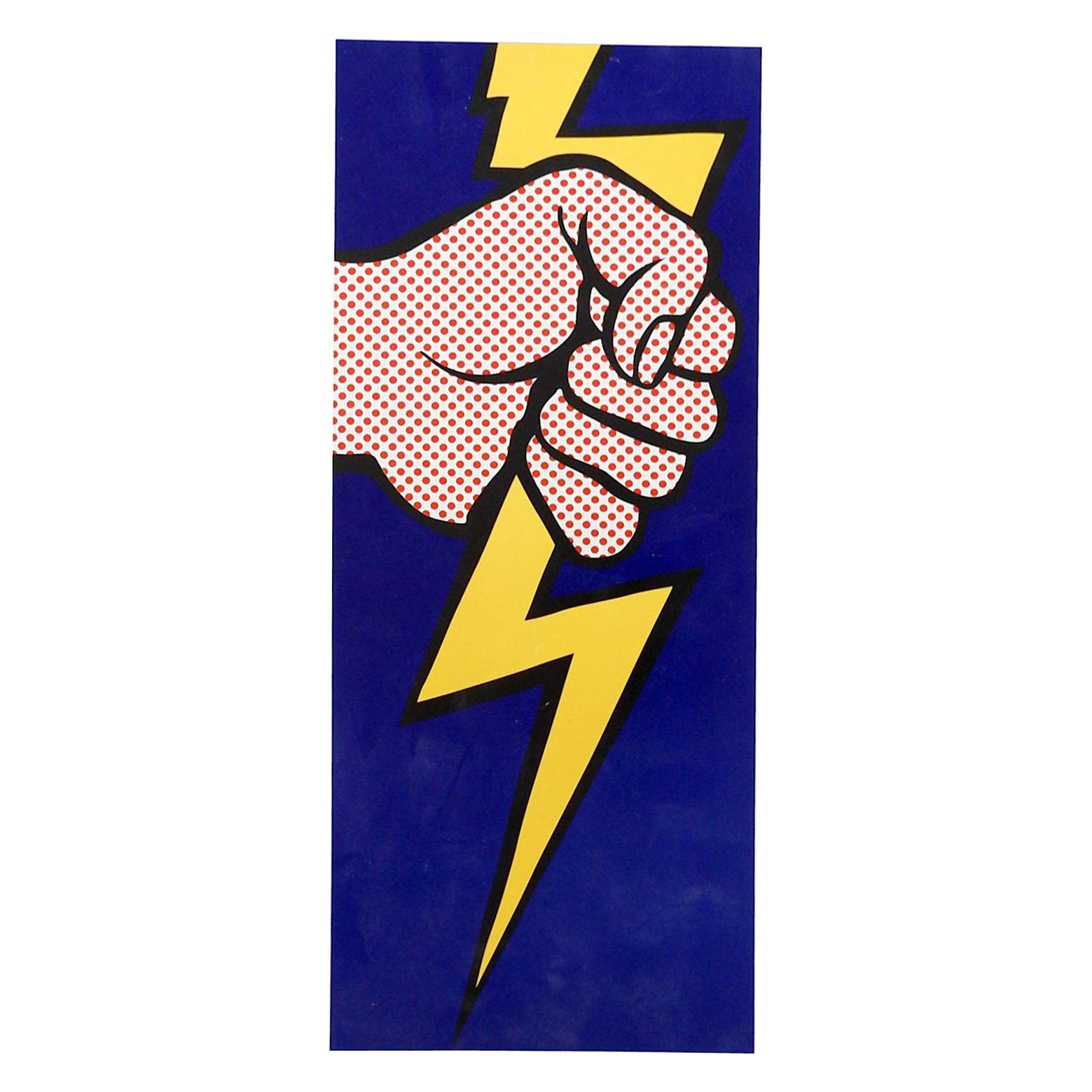 "As I Opened Fire" by Roy Lichtenstein, Stedelijk Museum Edition 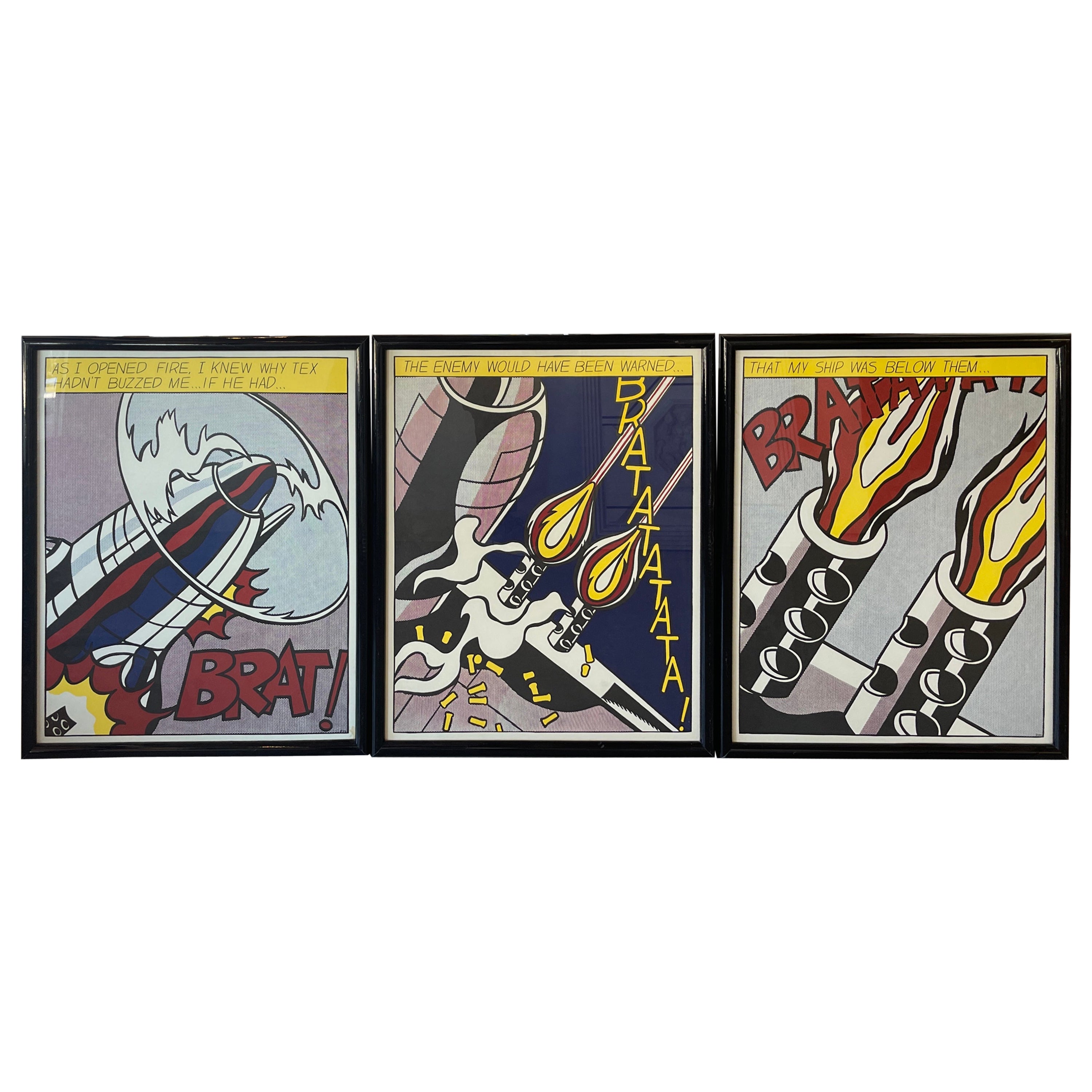 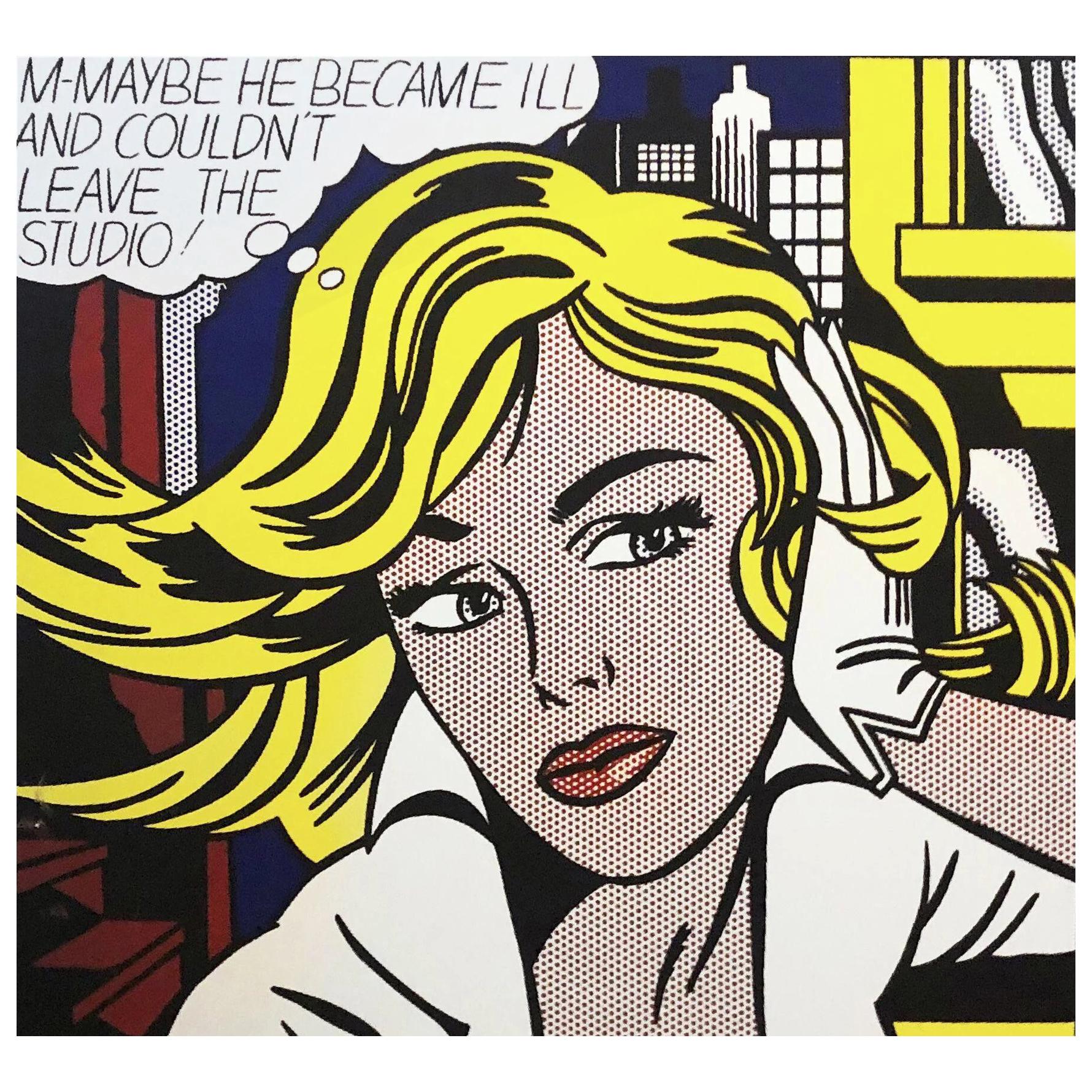 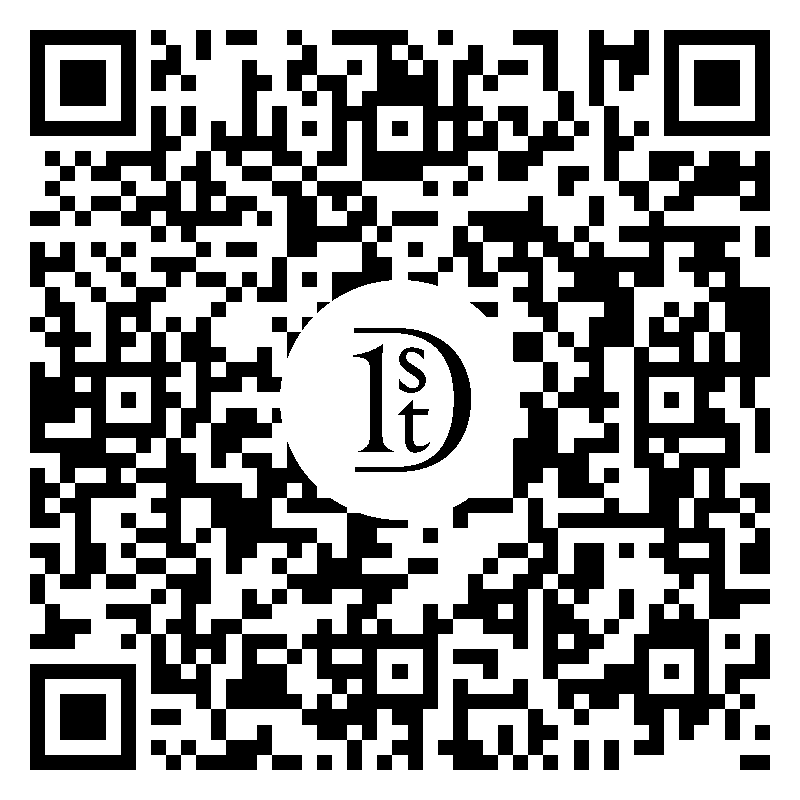 A monumental pop art vintage poster depicting Roy Lichtenstein's Drowning Girl. Hand signed in ink on the bottom right. The Museum of Modern Art, New York. Philip Johnson Fund a gift of Mr. and Mrs. Bagley Wright. Copyright 1989 The Museum of Modern Art, New York. Printed in France 4549. Drowning Girl is a 1963 was based on original art by Tony Abruzzo. The painting is considered among Lichtenstein's most significant works. While this item has been professionally cleaned, it has been curated from a smoker's estate. Dimensions: 60.5h x 52.25w (framed). In good vintage condition. Provenance: This item was curated from the estate of Kenneth Robert Stanley (1957-2022) who was a Detroit musician, world traveler, and collector. Per Rick Manore, co-founder of CPOP Gallery, "Ken was a postal worker for over 30 years, Ken's career afforded him the ability to buy and collect art. His apartment was like a small museum of both famous and up-and-coming artists' work. Ken especially collected Detroit artists, many of whom would become household names. Works by Glenn Barr and Niagara would share walls with Mark Ryden and Roy Lichtenstein. His collection of pristine vinyl records and Rock ephemera was eclectic and focused. Ken's book collection was also tuned to his Post-Postmodern taste. This auction is about more than just great art - it is a testimonial to the love and passion for art and music by Kenneth Robert Stanley." Roy Lichtenstein (1923-1997) was an American pop artist. During the 1960s, along with Andy Warhol, Jasper Johns, and James Rosenquist among others, he became a leading figure in the new art movement. His work defined the premise of pop art through parody. He was most famous for his comic book style and was directly influenced by popular comic strips of the time. Lichtenstein's art can be found in countless museum collections internationally and the National Gallery of Art in Washington DC holds the largest repository of the artist's work. Today, his paintings reach auction records in the millions, the highest being $165 million in 2017.

Born and raised in New York City, Lichtenstein enjoyed Manhattan’s myriad cultural offerings and comic books in equal measure. He began painting seriously as a teenager, studying watercolor painting at the Parsons School of Design in the late 1930s, and later at the Art Students League, where he worked with American realist painter Reginald Marsh. He began his undergraduate education at Ohio State University in 1940, and after a three-year stint in the United States Army during World War II, he completed his bachelor’s degree and then his master’s in fine arts. The roots of Lichtenstein’s interest in the convergence of high art and popular culture are evident even in his early years in Cleveland, where in the late 1940s, he taught at Ohio State, designed window displays for a department store and painted his own pieces.

About the Seller
4.9
Located in Keego Harbor, MI
Platinum Seller
These expertly vetted sellers are 1stDibs' most experienced sellers and are rated highest by our customers.
Established in 2014
1stDibs seller since 2017
783 sales on 1stDibs
Typical response time: 2 hours
More From This SellerView All
You May Also Like 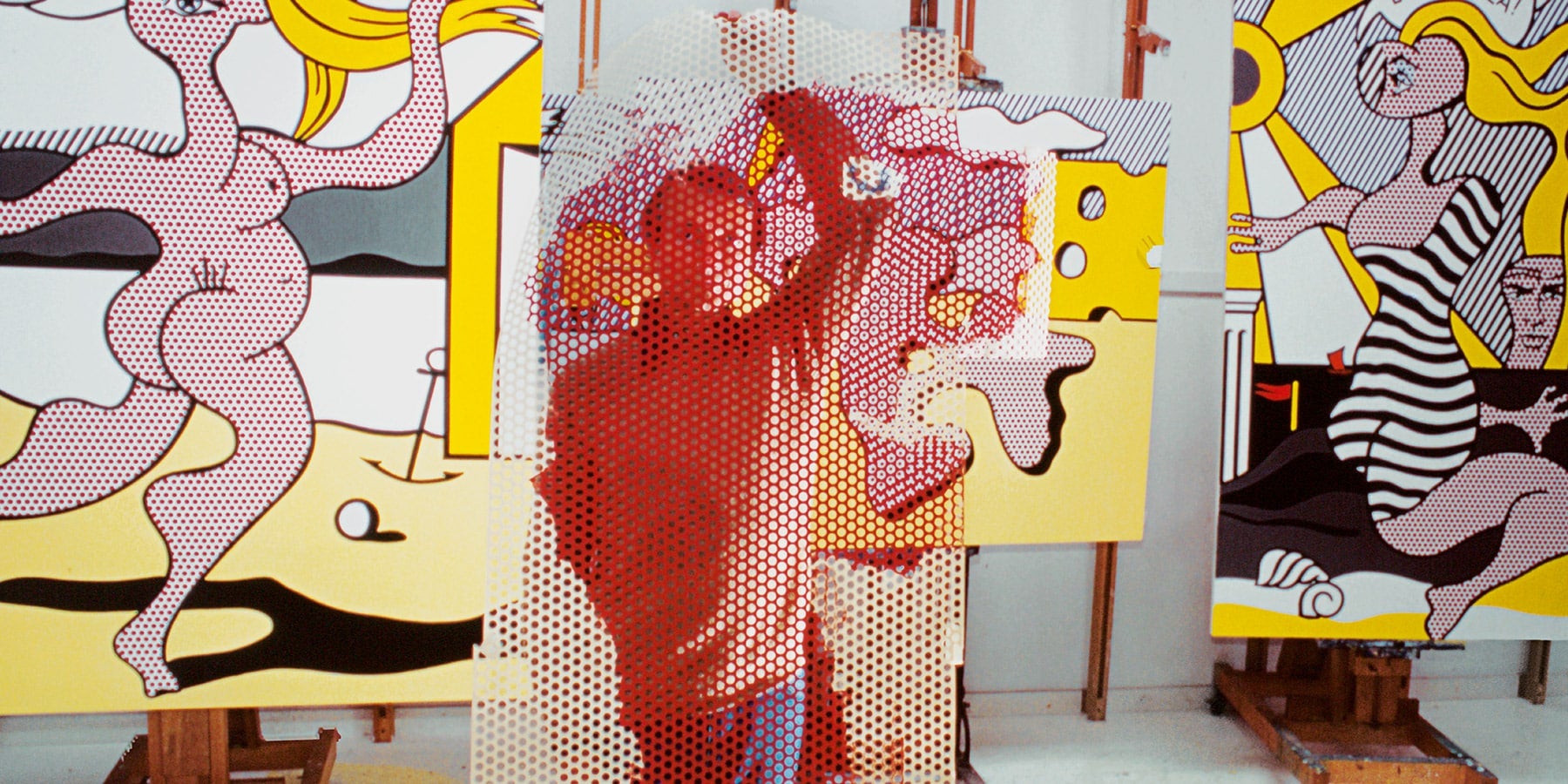