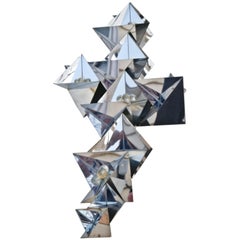 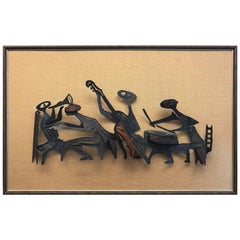 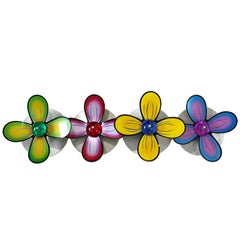 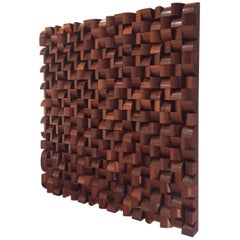 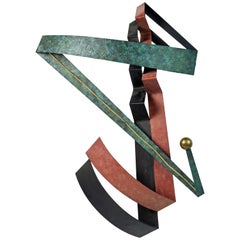 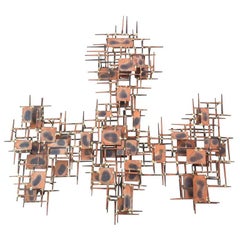 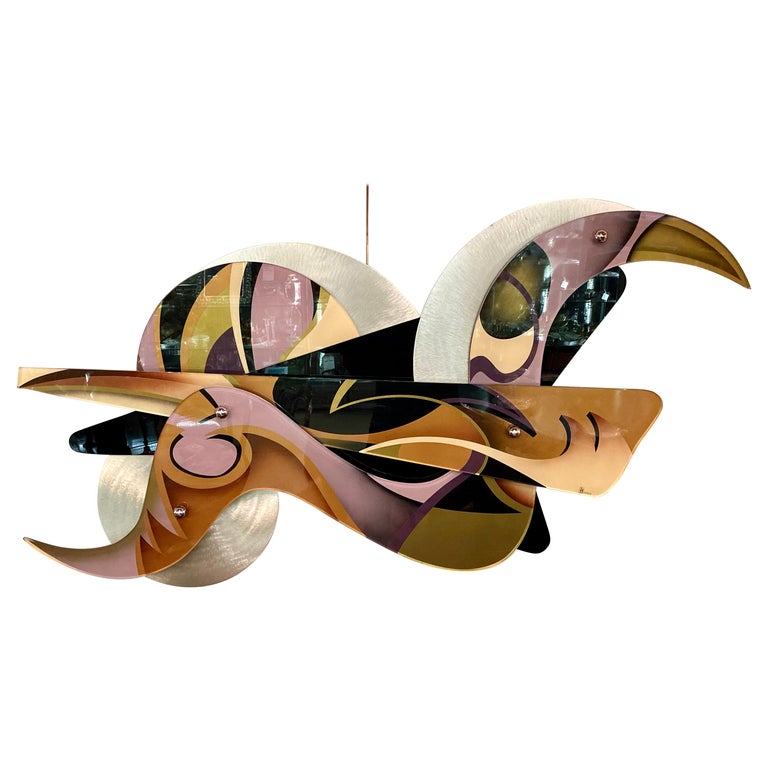 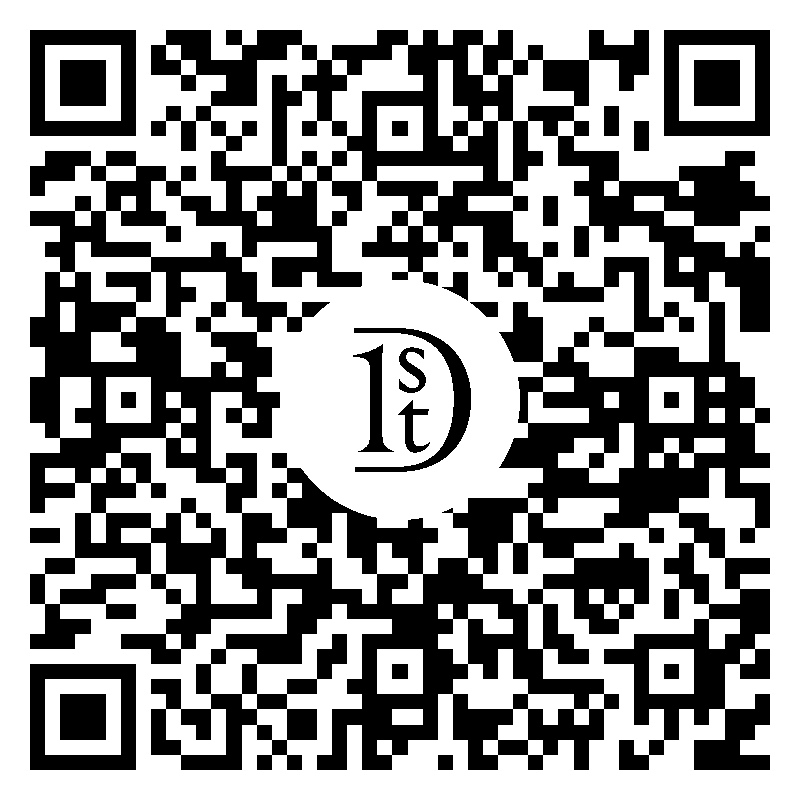 Shlomi Haziza Lucite metal abstract wall art sculpture signed H. Aziza. This sculpture from this highly sought after artist has the most brilliant of colors flowing from one section to another. This particular piece of art can hand vertically or horizontally. By the time Shlomi Haziza was fifteen years old, he was already an established artist. While other children were skipping sea stones, he was painting them, a hobby which launched his first venture, Rock Art. It wasn't long before his whimsically painted Rocks were attracting international attention. While still in his teens, Haziza became known for his work in a variety of mediums. His collages, made from Levi jeans, became popular fixtures in clubs, restaurants and galleries. Traveling internationally since he was young, Haziza has been exposed to much of the world's great architecture, museums, and music, all of which have informed his work. He draws upon his own heritage, but cites life, travel and the infinite beauty of the world's cultures as the basis for his inspiration. Barely in his twenties, he was granted permanent U.S. residency on the basis of exhibiting "extraordinary ability." Acrylic is the most sophisticated material Haziza has mastered to date. It is an unforgiving, but naturally exciting and expressive medium, with light-refracting properties that give it a unique dynamic. Haziza has spent years finding new ways to use color, metal powders and sculpting techniques to bring out the inner fire of acrylic and breathe life and emotion into every piece he makes.

Greenwich Living Antiques and Design Center is the largest single-owner facility of its kind, with expansive spaces in both Stamford, Connecticut and New York City. They deal in one-of-a-kind and custom-made furnishings, including Maison Jansen, Ralph Lauren, and Tommi Parzinger creations plus Lo...

By Unknown
$2,565
MCM Fine Abstract Oil on Board Signed by Michel...
Unknown
Mid-20th Century American Modern Paintings
View All from Seller
You May Also Like