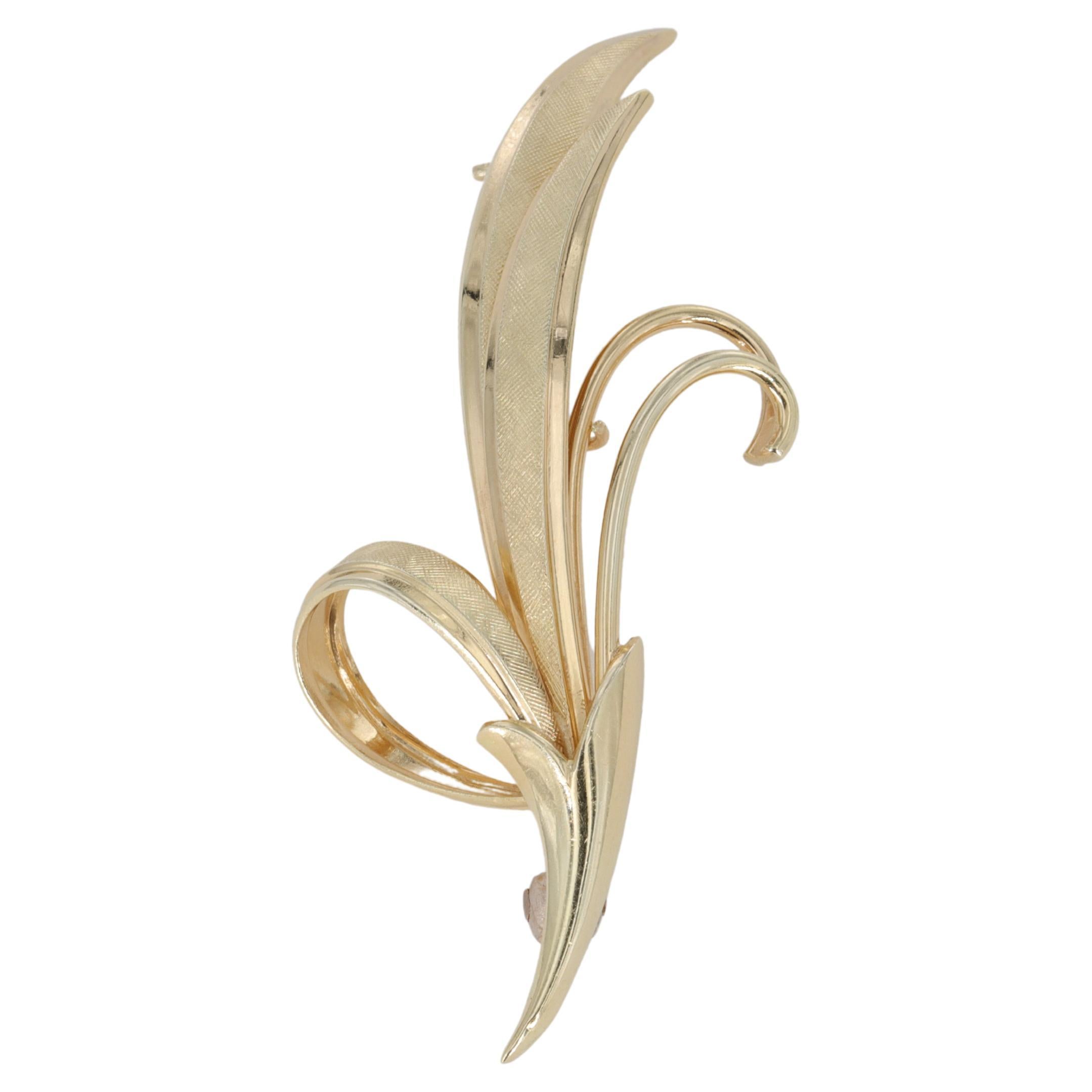 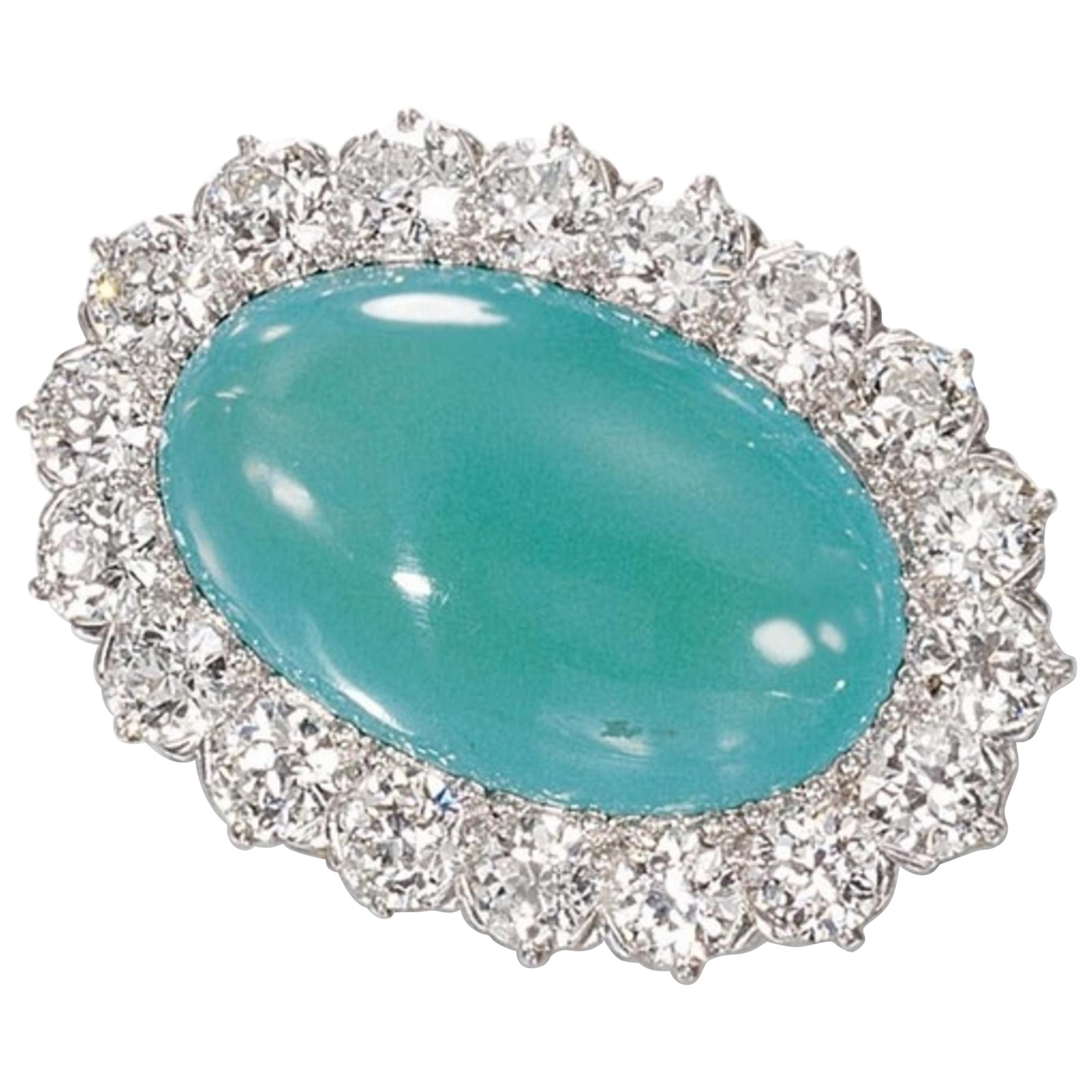 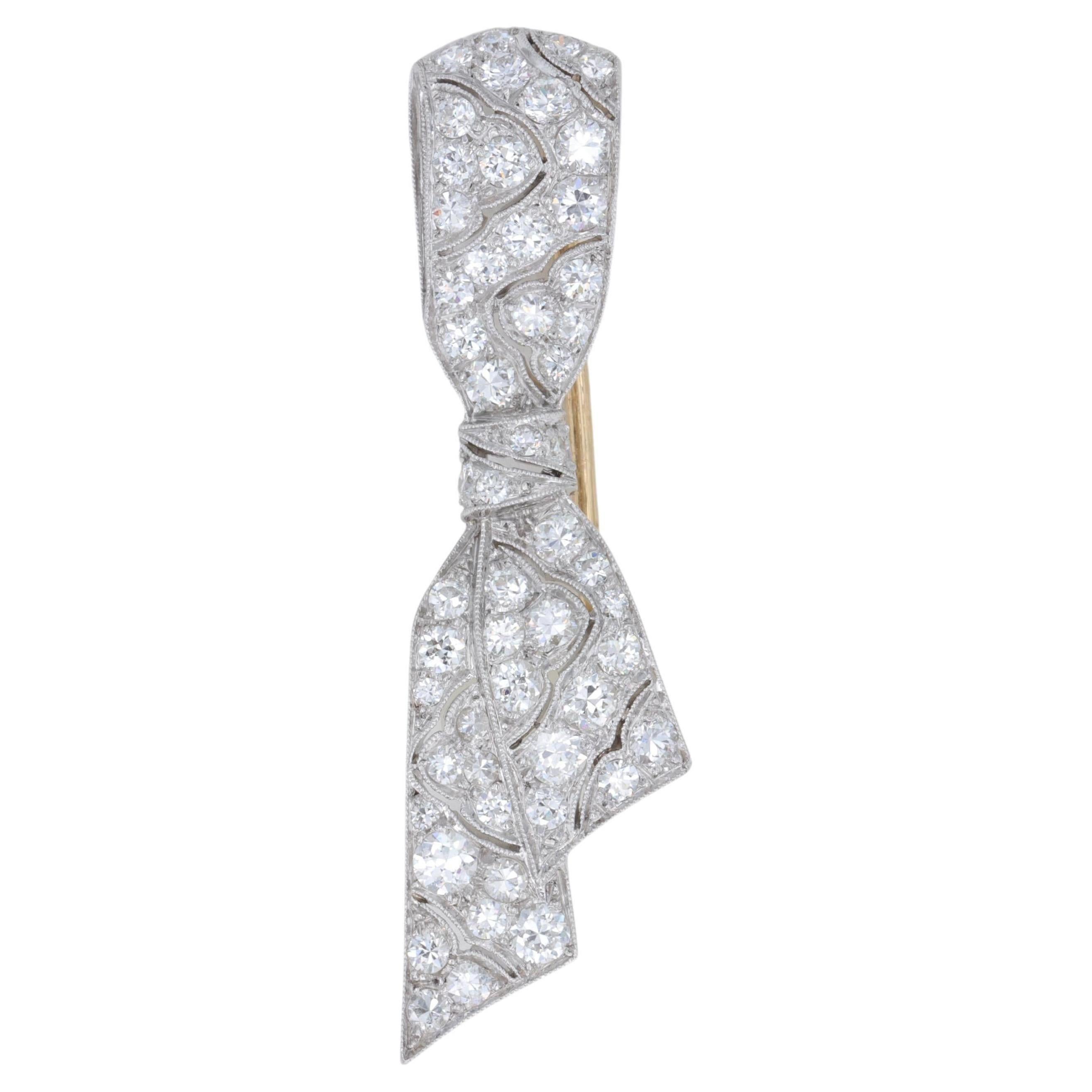 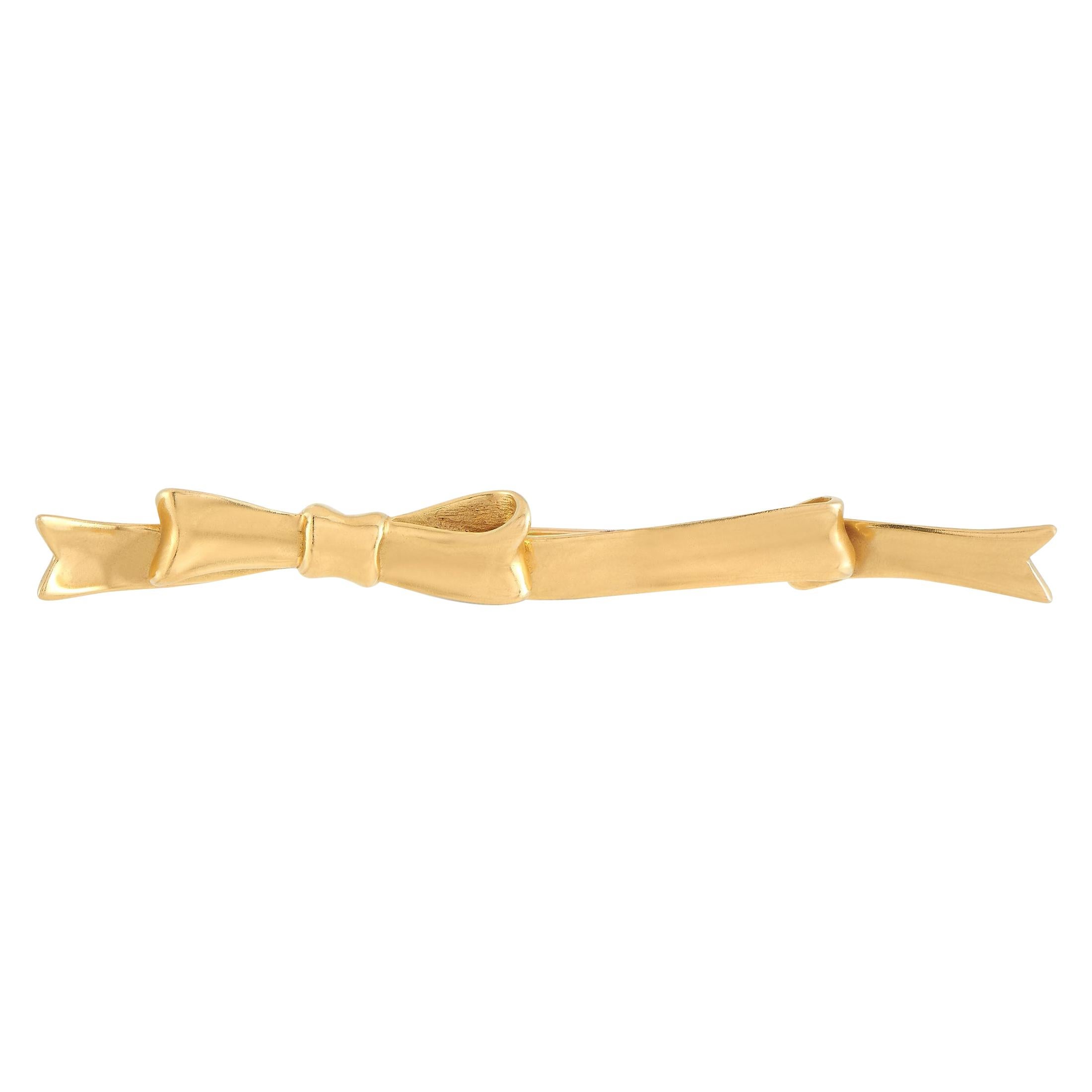 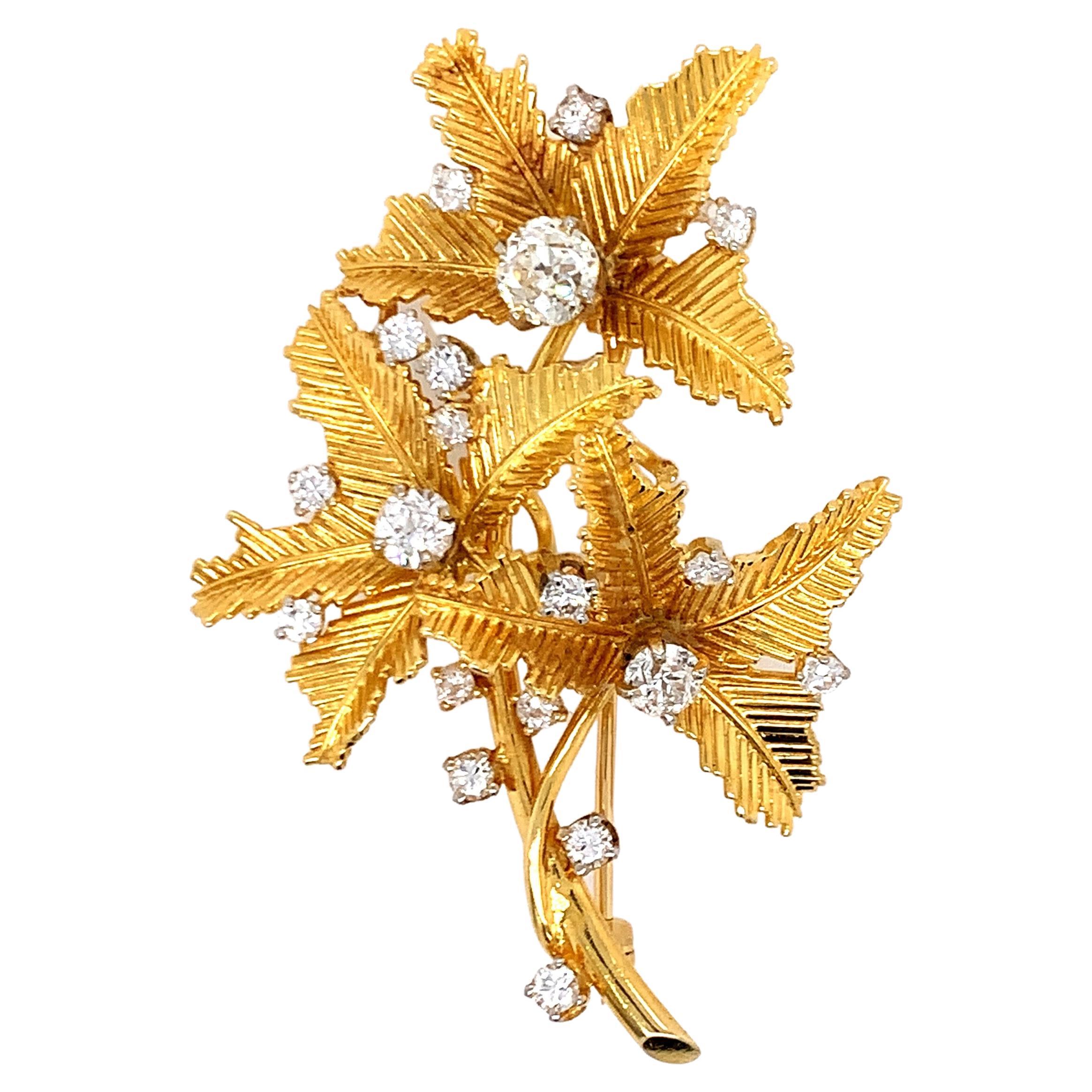 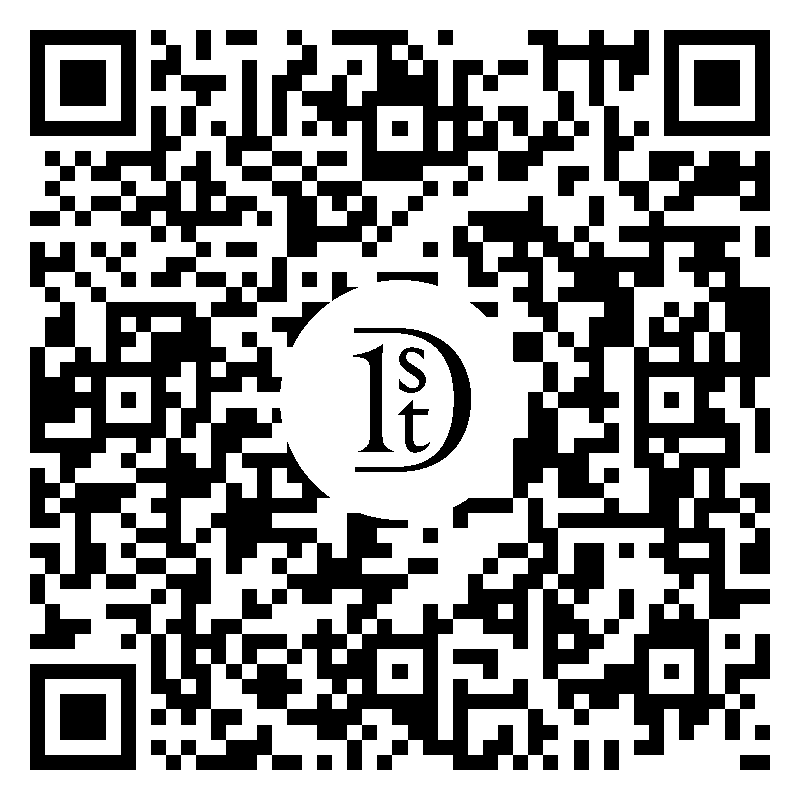 A Tiffany & Co. diamond 18 karat yellow gold platinum wheat sheaf brooch, circa 1970. This iconic brooch by Tiffany & Co. is beautifully crafted in 18 karat yellow gold, featuring a realistically modelled wheat sheaf, fastened with a platinum ribbon tie milgrain set with eleven round brilliant cut diamonds of 0.50 carats approximately assessed as G colour, VS1 clarity. Finished with a pin fastened with a rollover safety catch fitting. Signed 'TIFFANY & CO' and stamped PT 950 to the the reverse of the brooch. Dimensions: 7.5 x 3.5 x 1cm The brooch is not accompanied by the original papers or box however it is accompanied by a complimentary valuation for insurance and authenticity. Condition: Overall the brooch is in very good condition with some slight abrasions to the surface of the gold, in keeping with its general age. 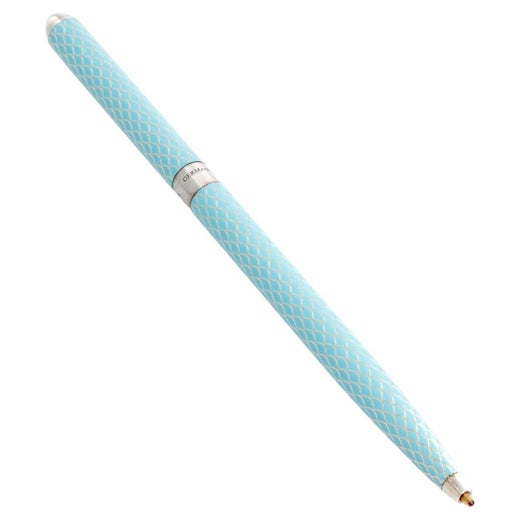 About the Seller
5.0
Located in London, United Kingdom
Vetted Seller
These experienced sellers undergo a comprehensive evaluation by our team of in-house experts.
Established in 1980
1stDibs seller since 2020
45 sales on 1stDibs
Typical response time: 3 hours
More From This SellerView All
You May Also Like
Featured in Summer JewelryView All