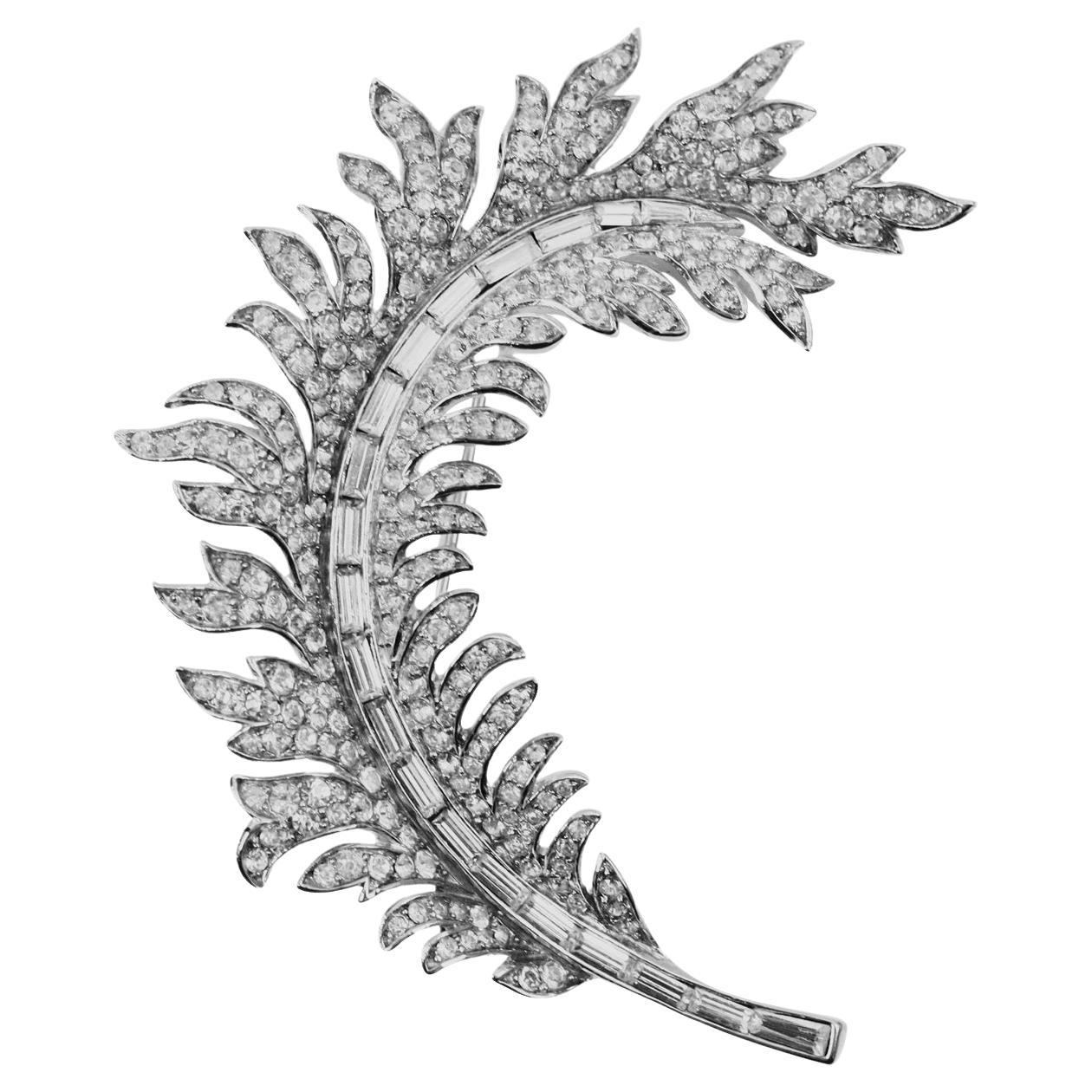 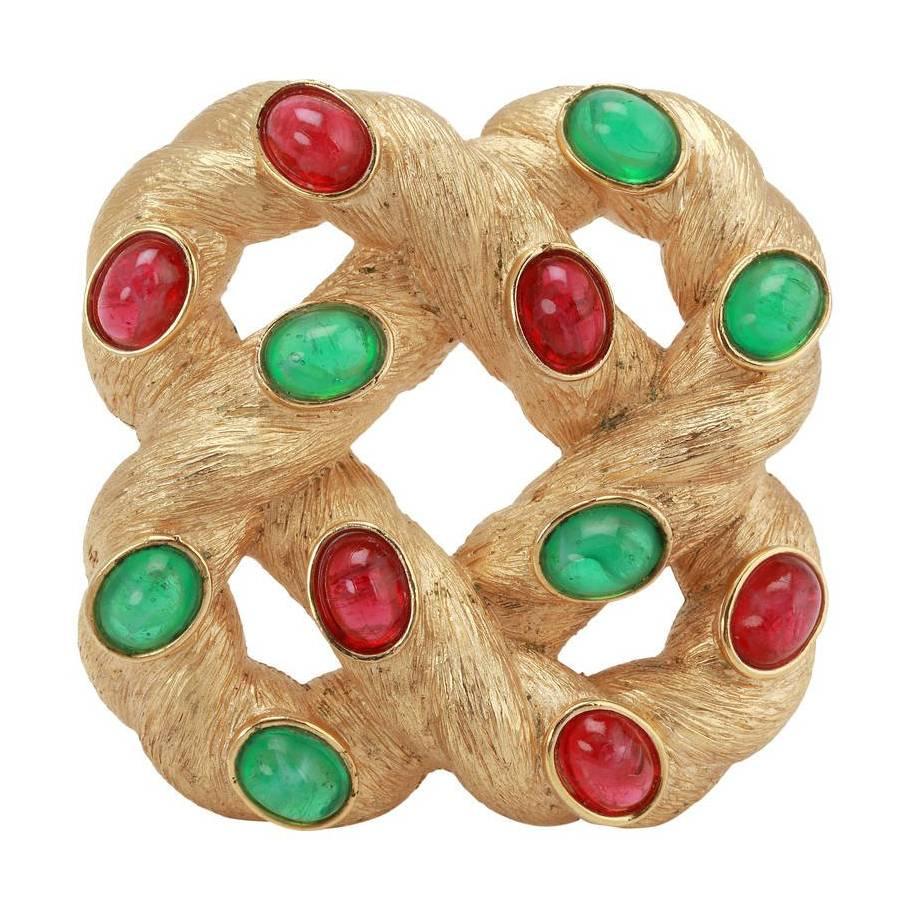 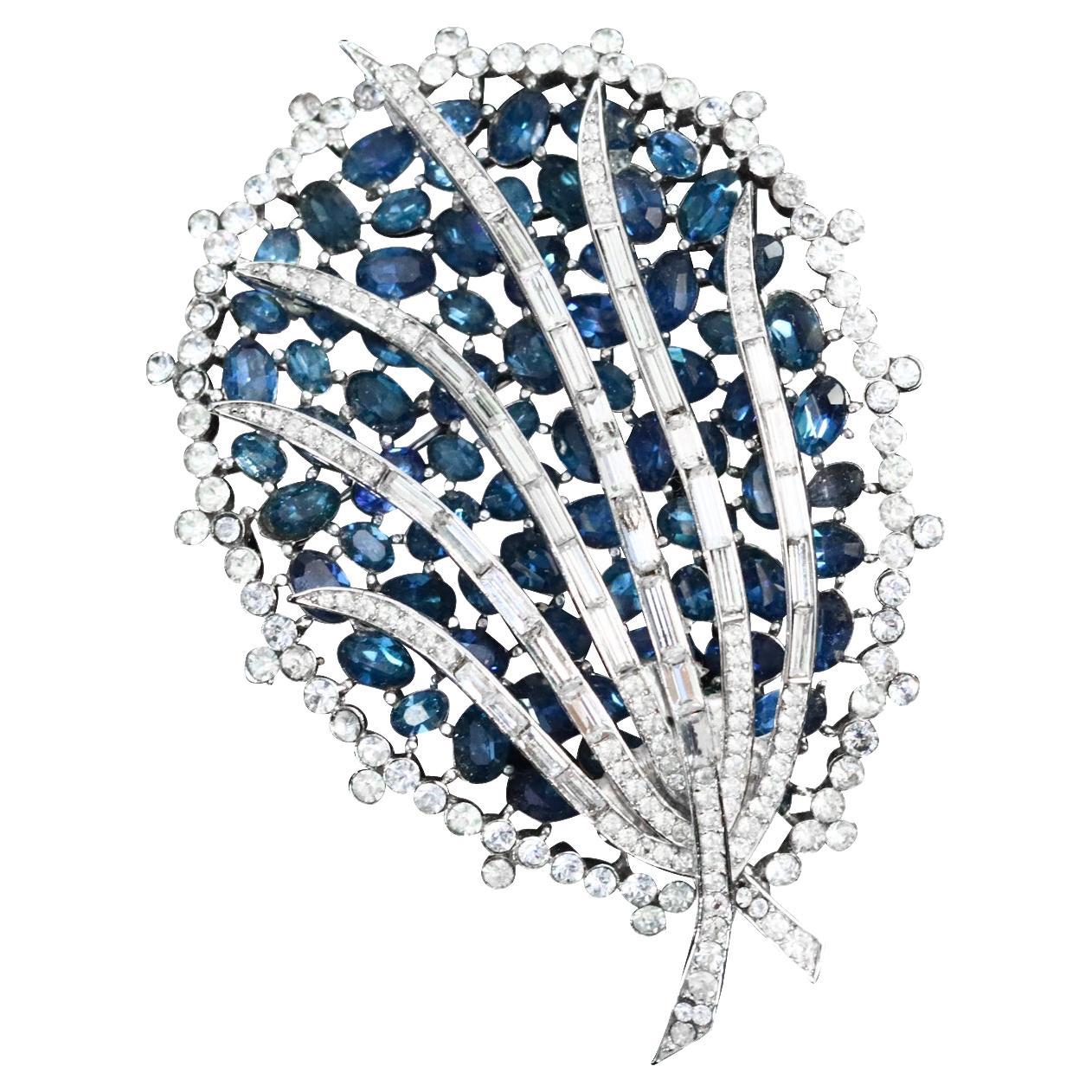 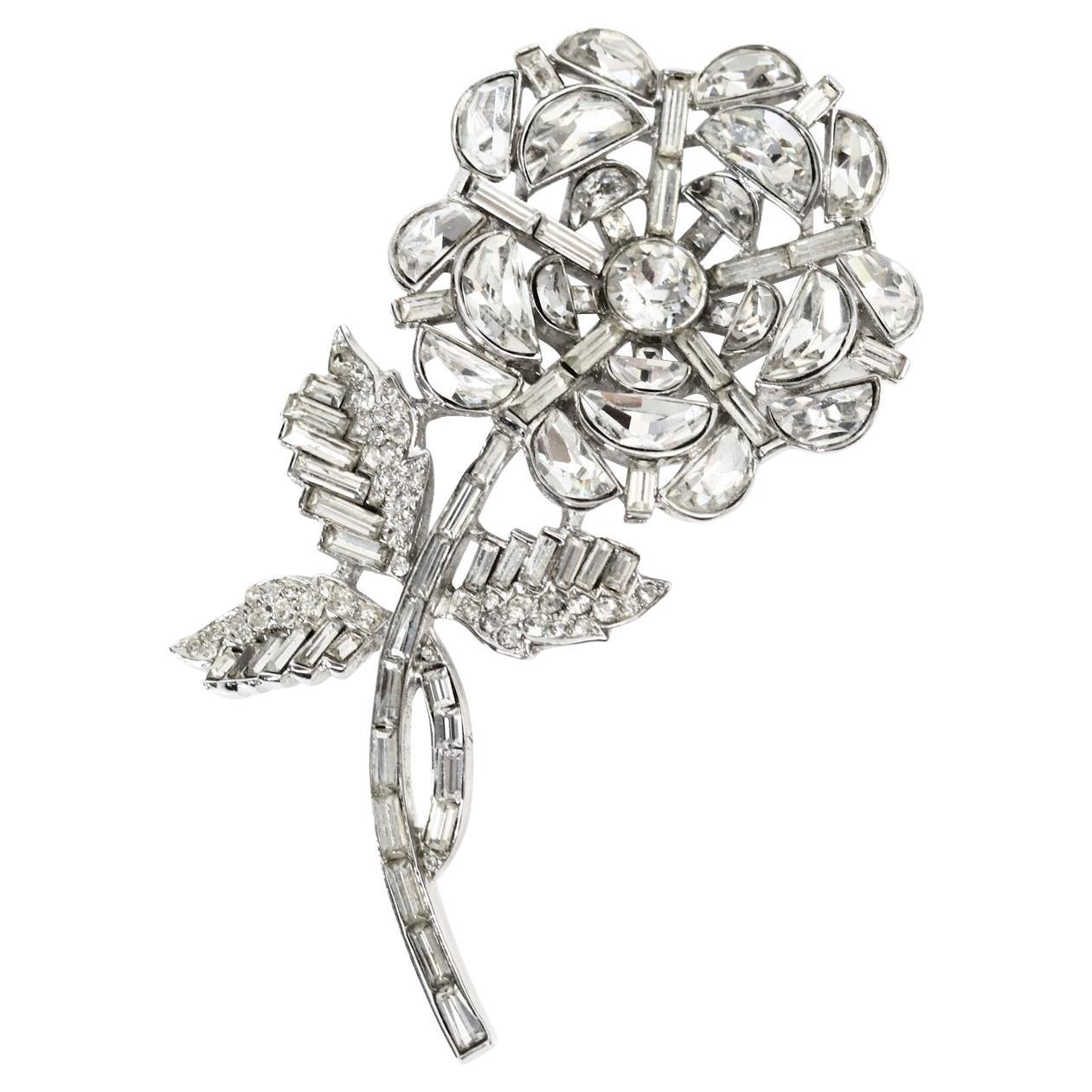 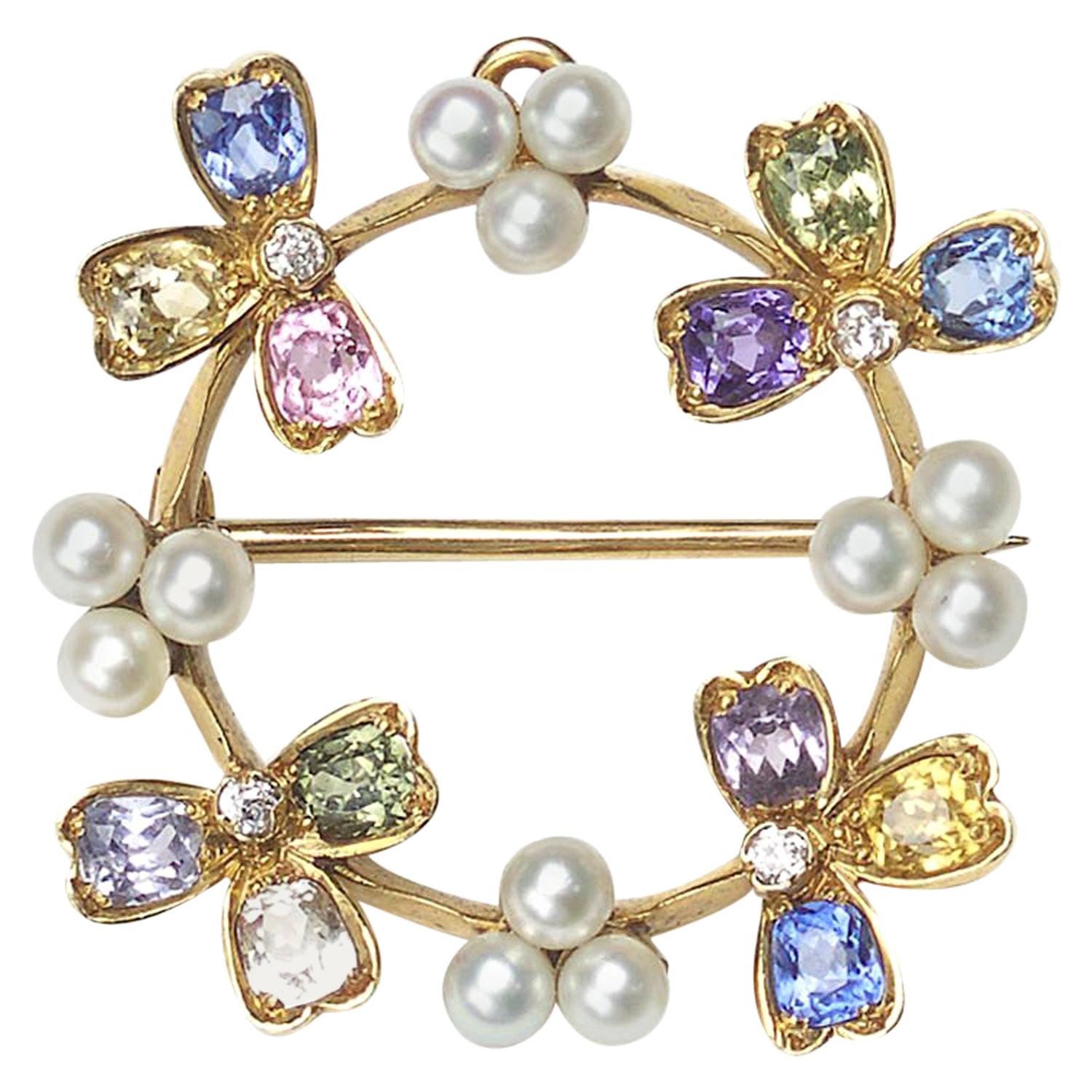 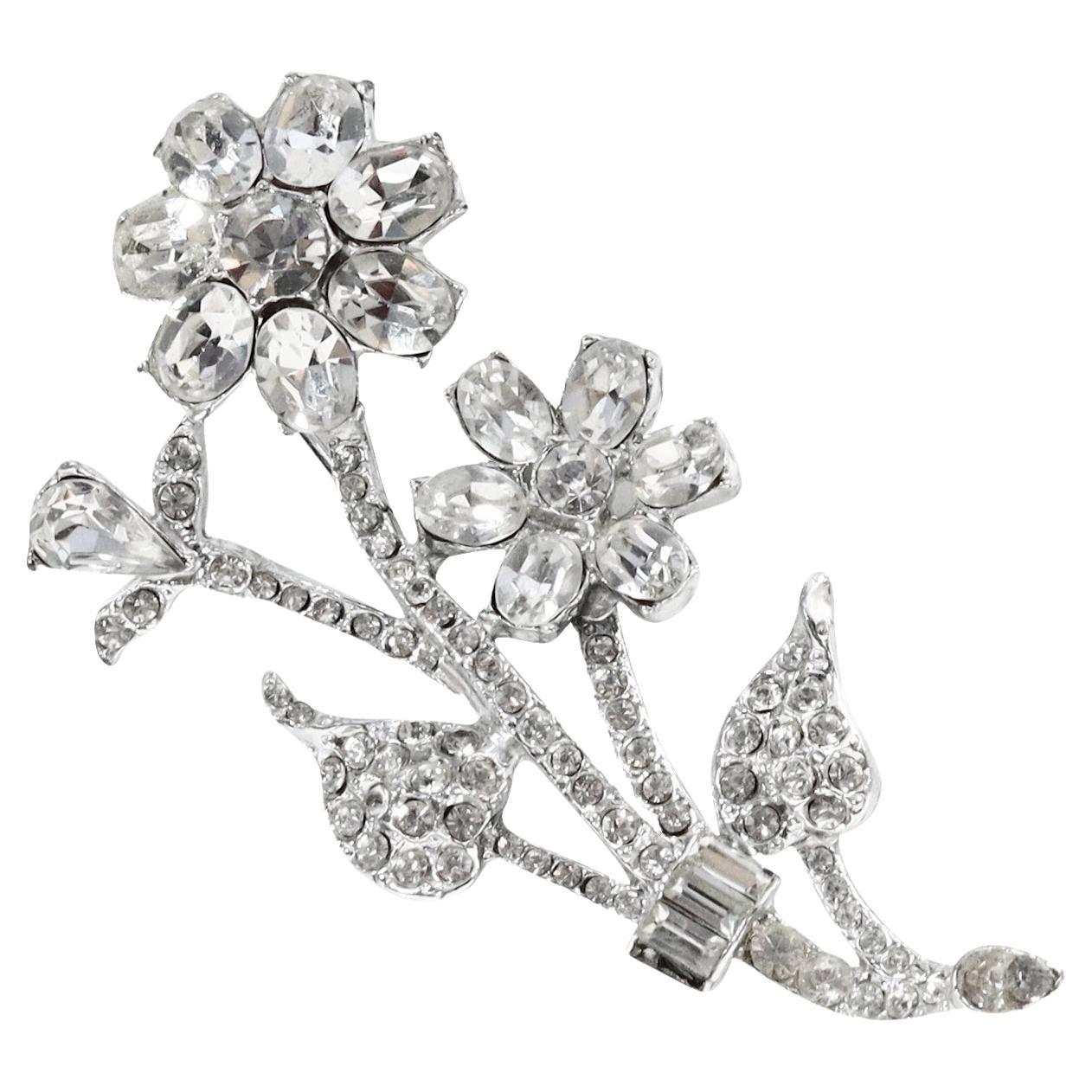 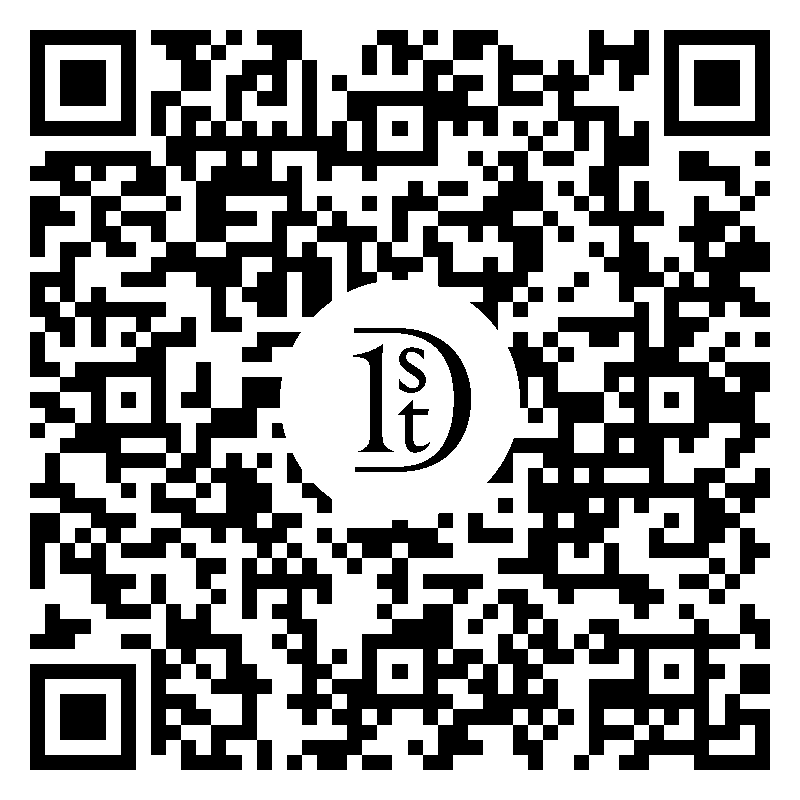 Vintage Trifari Basket Brooch Circa 1937. The markings date this from 1937 to 1955. The basket is made of baguettes and the flowers are made of pear shapes. It is so beautiful. Of course a brooch but also beautiful on a black silk cord which I will send you free of charge if you ask me. 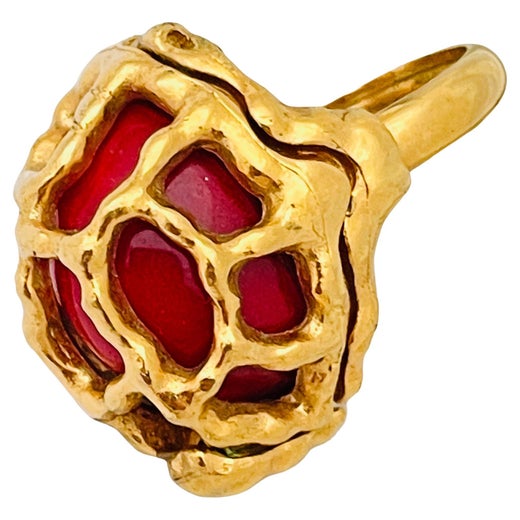 Costume jewelry maker Trifari is widely loved for its fine craftsmanship and complex designs for necklaces, brooches and other jewelry and accessories.

The company was formed in New York during the early 1920s, when its partners Gustavo Trifari (who descended from a family of jewelers), Leo Krussman and Carl Fishel (business associates in hair-ornament manufacturing) recognized, as other designers during the Art Deco era such as Gabrielle “Coco” Chanel had, that fashion trends for affordable jewelry for everyday wear represented an opportunity (and that the popularity of shorter hairstyles didn’t bode well for their haircomb business).

Initially called Trifari, Krussman and Fishel Jewelry (T.K.F.), the trio eventually shortened their brand’s name, at the suggestion of an advertising professional, to Trifari in order to evoke the romance of Gustavo’s native Italy.

The hiring of French designer Alfred Philippe as head designer in 1930 was pivotal to Trifari’s success. A master craftsman who had worked with both Cartier and Van Cleef & Arpels, Philippe set about establishing the same high-quality standards of materials and craftsmanship in the design of fashion jewelry and trained other Trifari artisans to do the same. Settings were delicate; crystals were hand set; designs, which sometimes featured dazzling floral motifs or exquisite depictions of marine life, were sophisticated and elegant, having both the look and feel of fine jewelry. First Lady Mamie Eisenhower wore a Trifari parure of faux pearls to her husband’s presidential inauguration in 1953 and Trifari glass pearls to his inaugural ball in 1957.

Before retiring in 1968, Philippe created Trifari’s most recognizable designs. In the 1930s, when the company was custom-making accessories for the stars of Broadway musicals, it was the crown motif: These brooches became so often identified with the brand that a crown was eventually incorporated into the trademark. In the 1940s, the “Jelly Bellies” inspired affection as well as knockoffs; these were animals, birds and insects sporting a “belly” of clear Lucite. Clip-Mates were another favorite and a technical marvel — two dress clips that, joined together, created a brooch.

Find a wide range of vintage Trifari jewelry on 1stDibs.

1stDibs Buyer Protection Guaranteed
If your item arrives not as described, we’ll work with you and the seller to make it right. Learn More
About the Seller
5.0
Located in New York, NY
Gold Seller
These expertly vetted sellers are highly rated and consistently exceed customer expectations.
Established in 2014
1stDibs seller since 2022
37 sales on 1stDibs
Typical response time: <1 hour
More From This SellerView All
People Also Browsed
You May Also Like