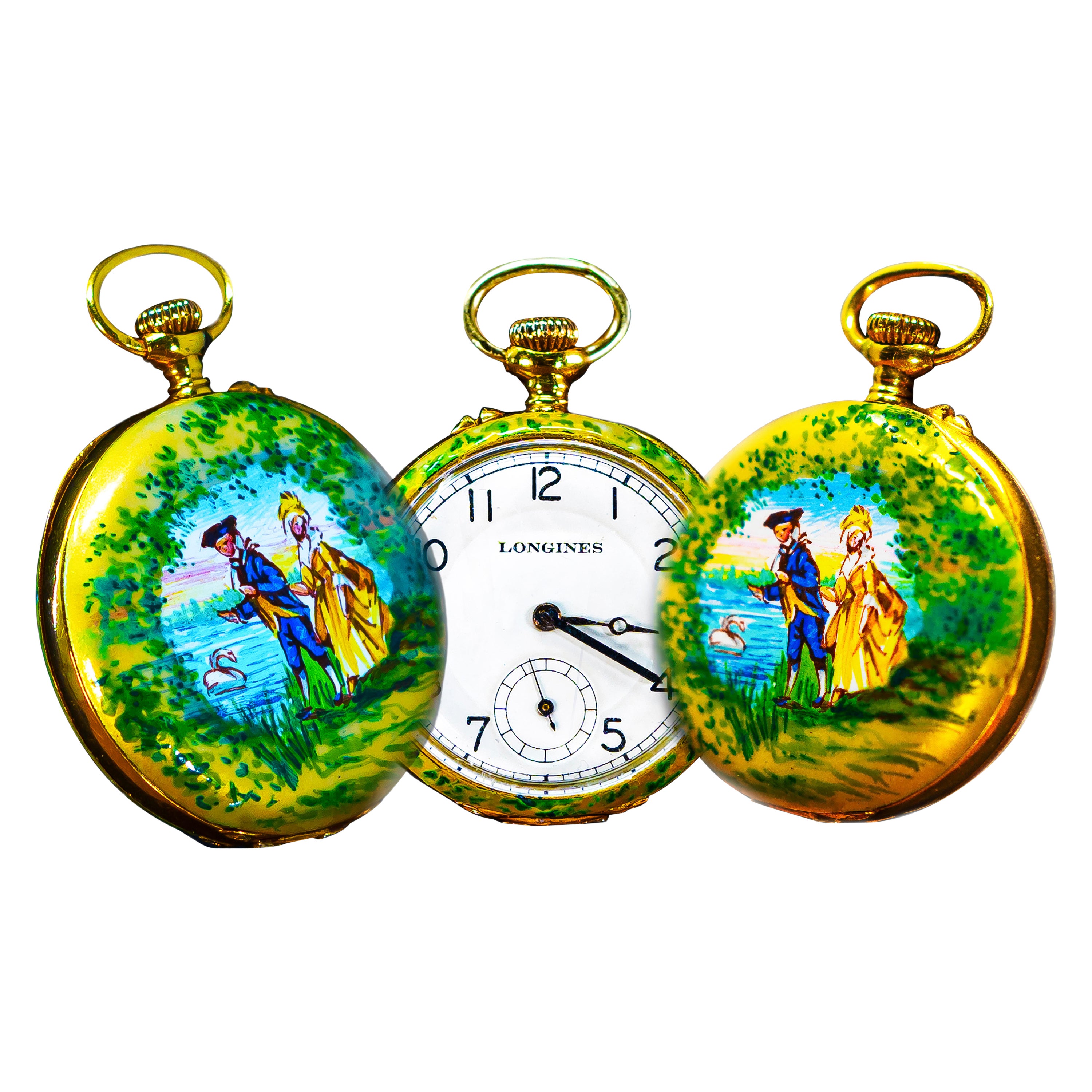 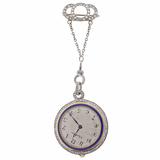 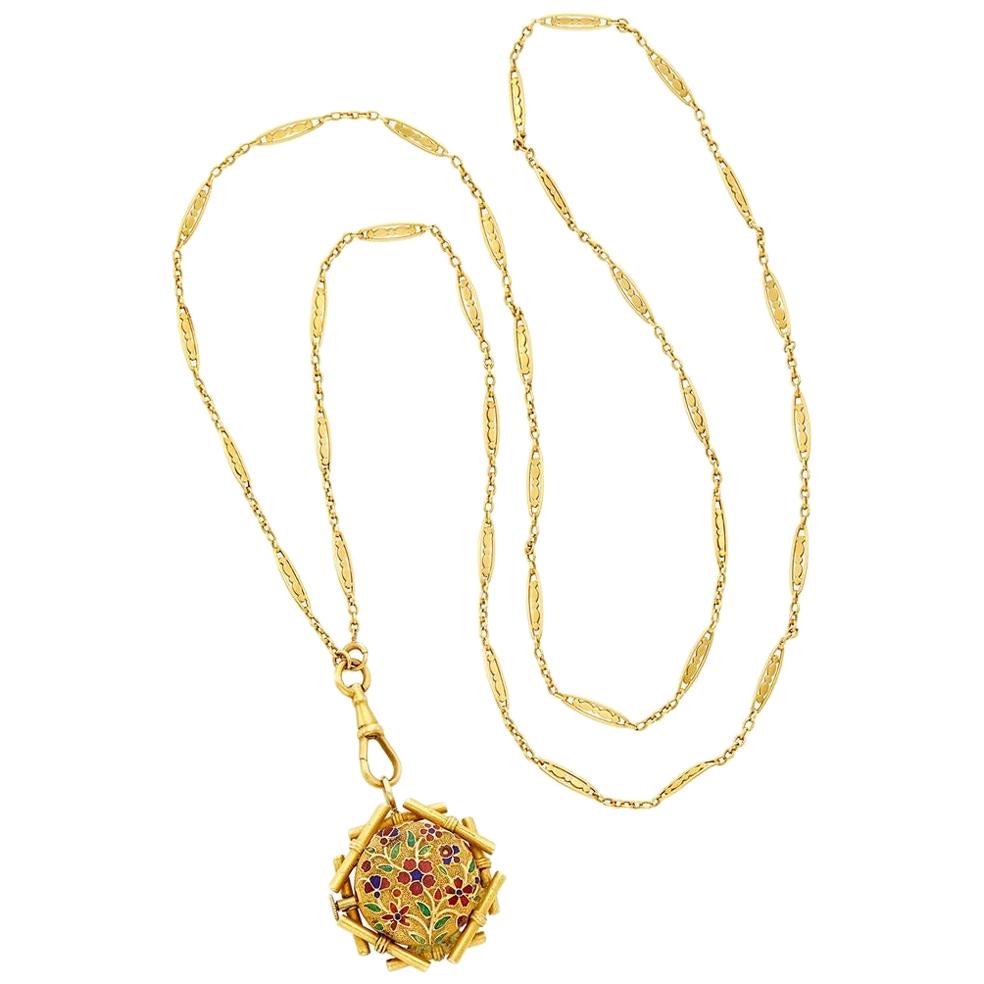 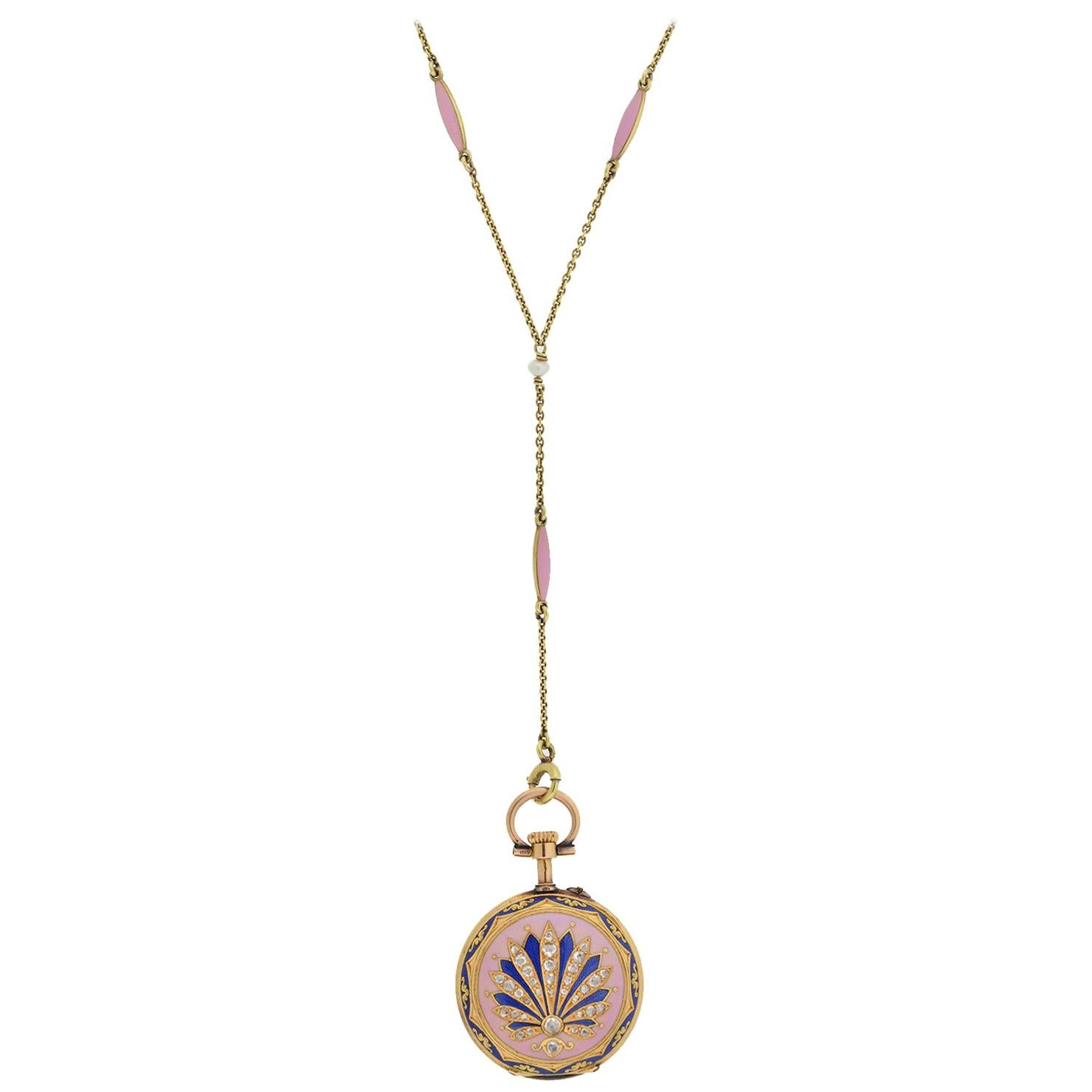 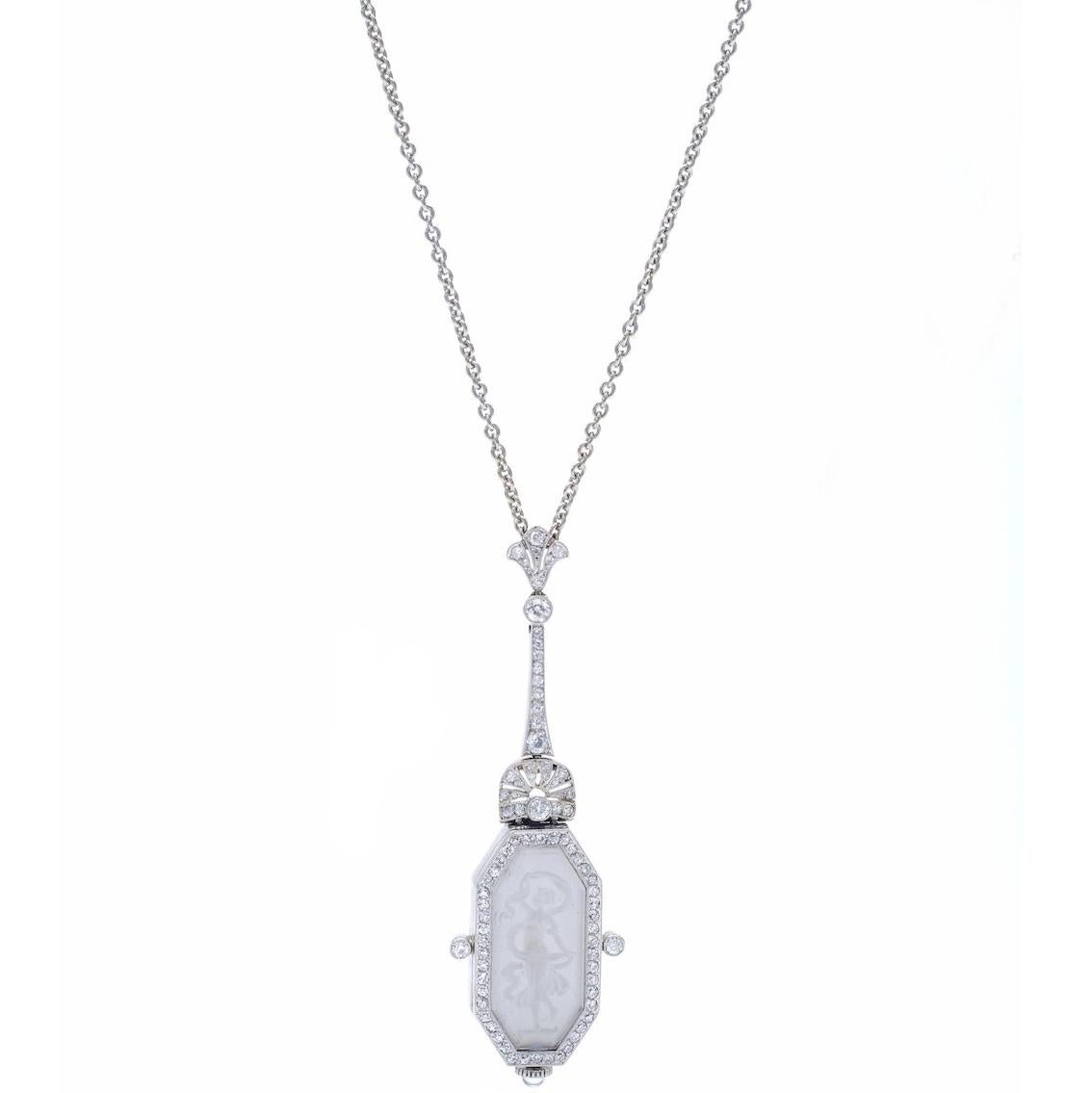 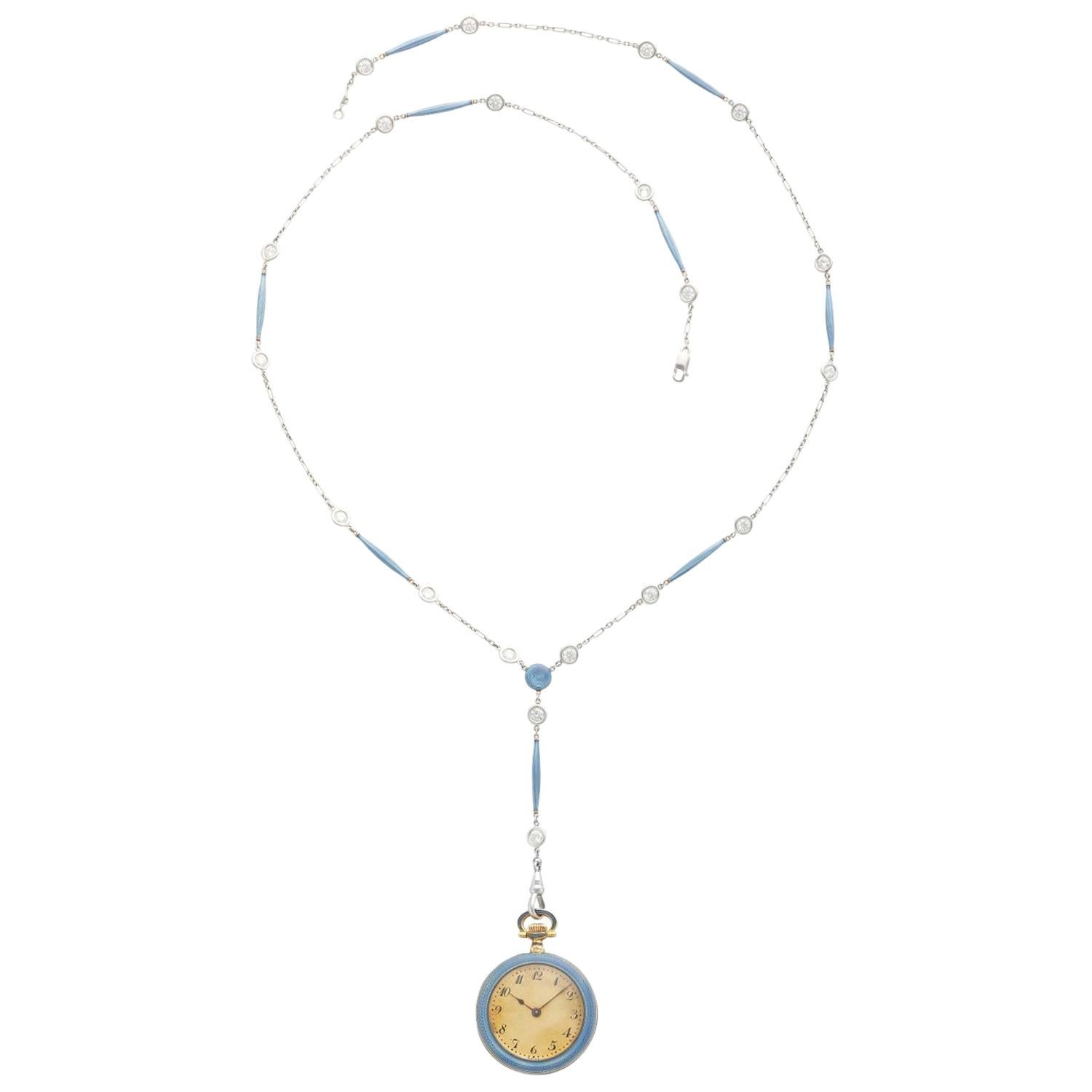 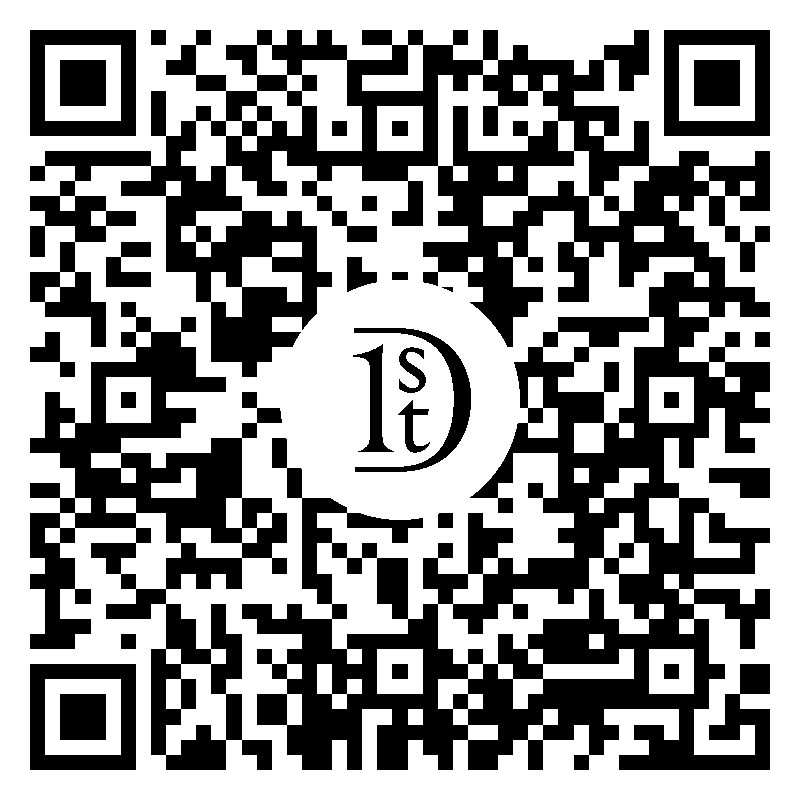 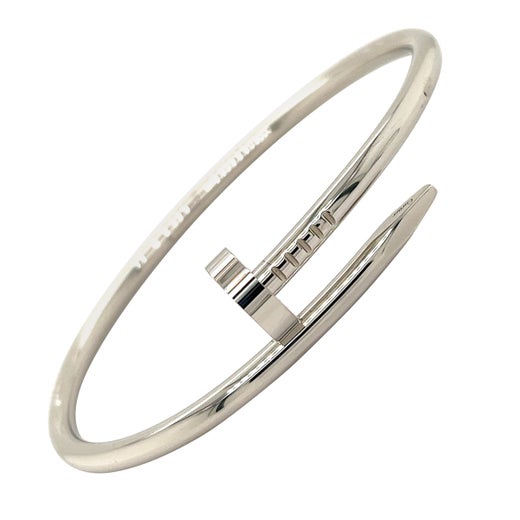 About the Seller
5.0
Located in New york, NY
Vetted Seller
These experienced sellers undergo a comprehensive evaluation by our team of in-house experts.
Established in 1978
1stDibs seller since 2018
38 sales on 1stDibs
More From This Seller

1920s Cartier Enamel Diamond Gold Platinum Lapel Watch
By Cartier
Located in Bethesda, MD
An exquisite Cartier 1920s pendant enamel lapel watch with diamonds and a faceted emerald. The watch crystal is held in place with a fine 18 karat gold ring that is surrounded by on...
Category

$4,500
Victorian Swiss Diamond, Pearl, and Guilloché Enamel Watch Pendant Necklace
Located in Narberth, PA
Guilloché is an engraving technique in which a very precise, intricate pattern is mechanically etched into an underlying material with very fine detail. Most commonly, the Guilloché ...
Category

$12,000
14k Yellow Gold & Blue Enamel Edwardian Pendant Watch Necklace
Located in Dallas, TX
This unique Edwardian era pendant watch necklace is crafted with 14 karat yellow gold and enamel. The back of the watch is accented with a platinum filigree design on a blue sunburst...
Category