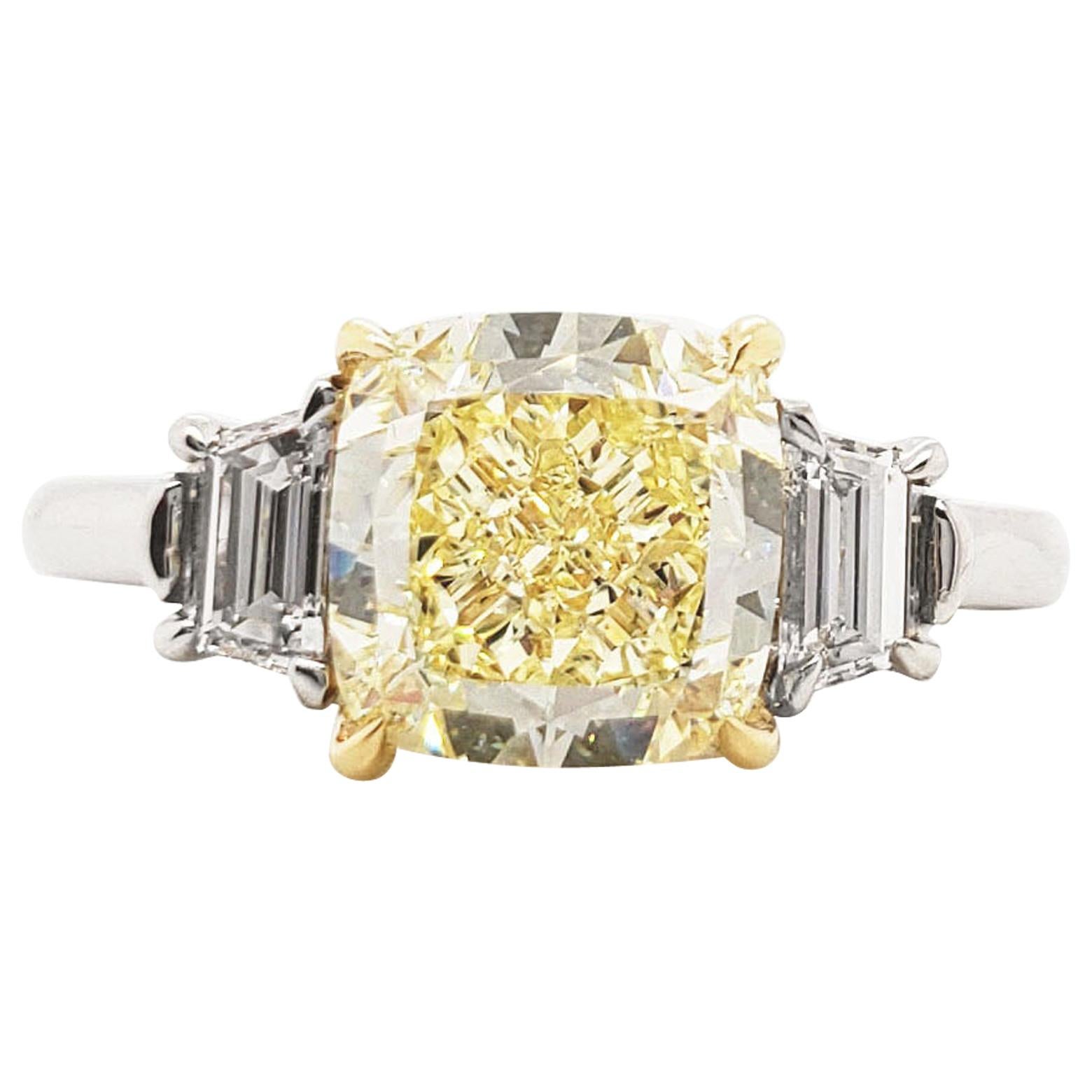 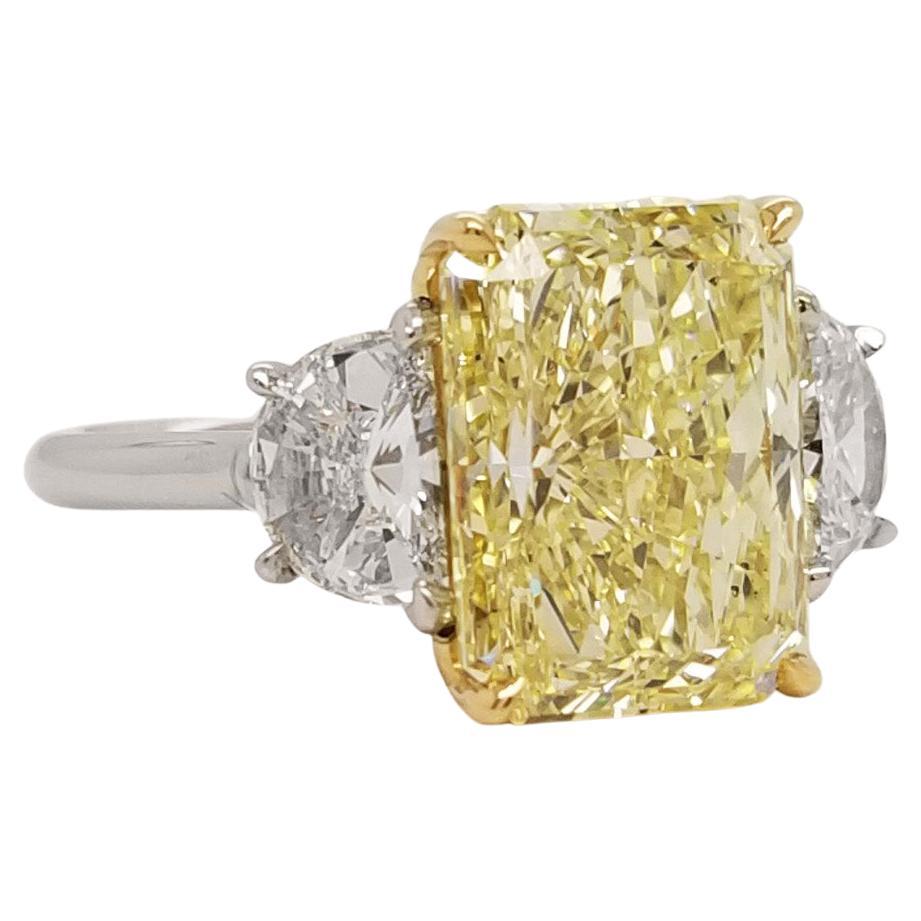 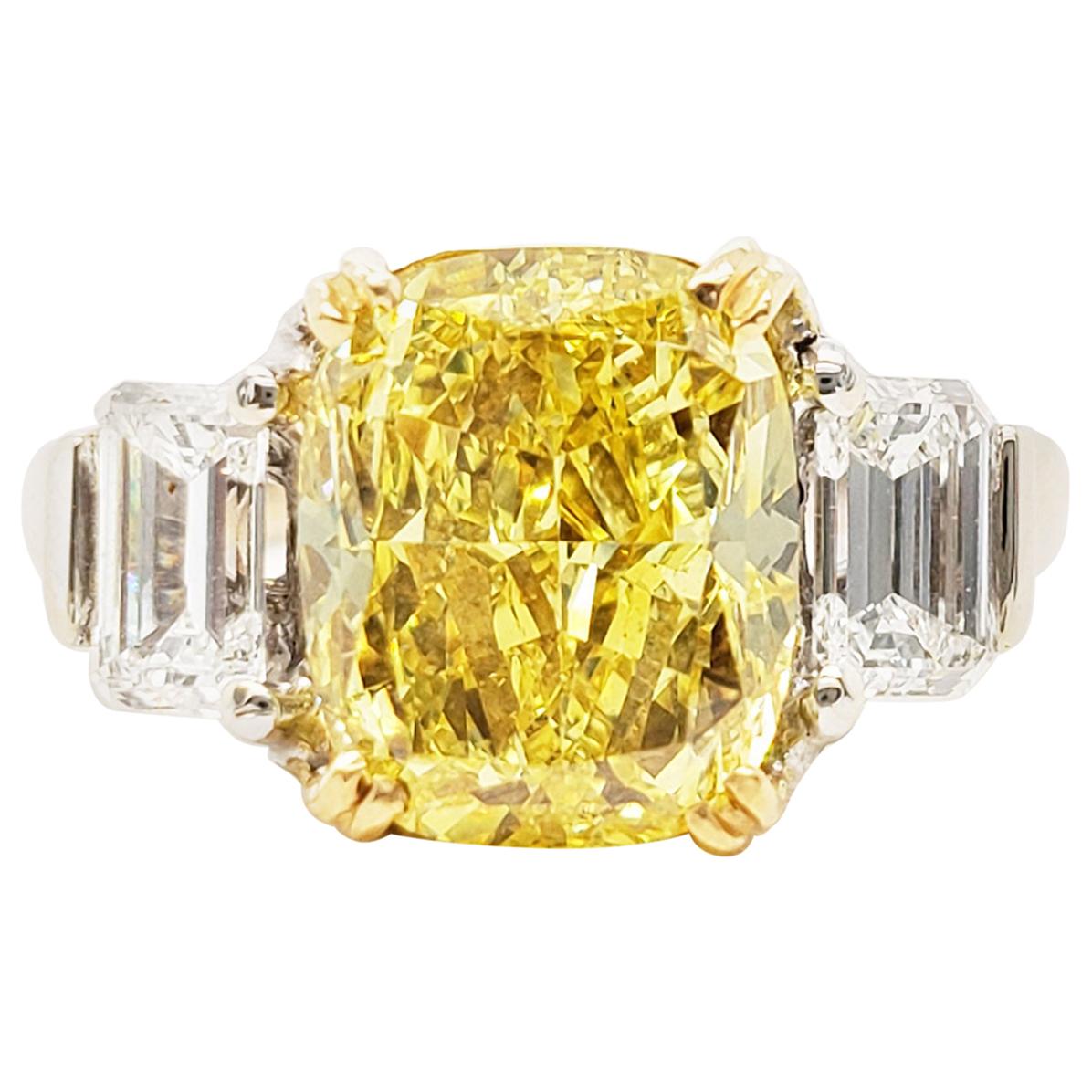 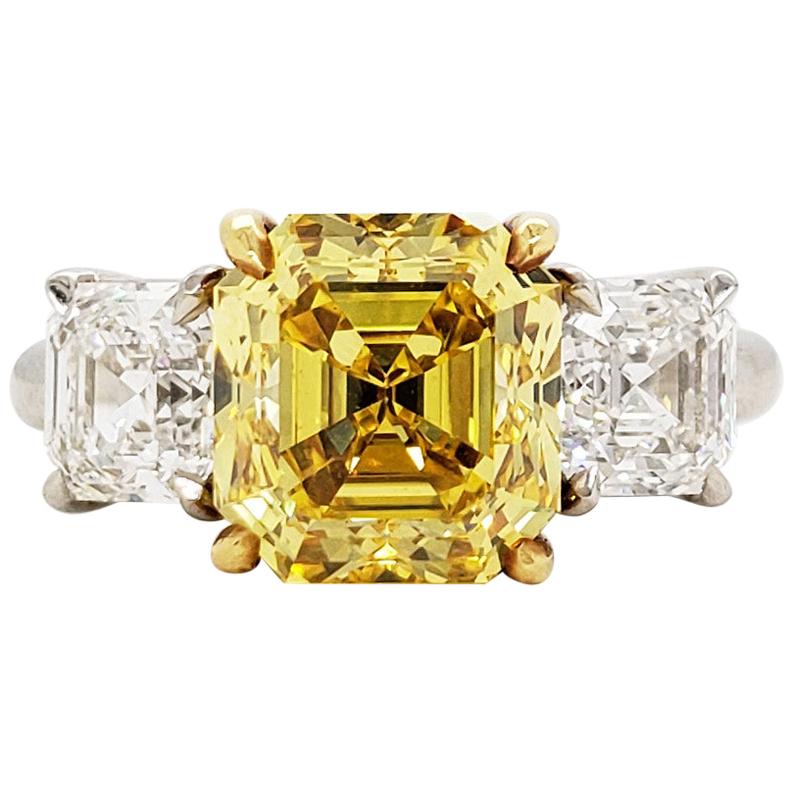 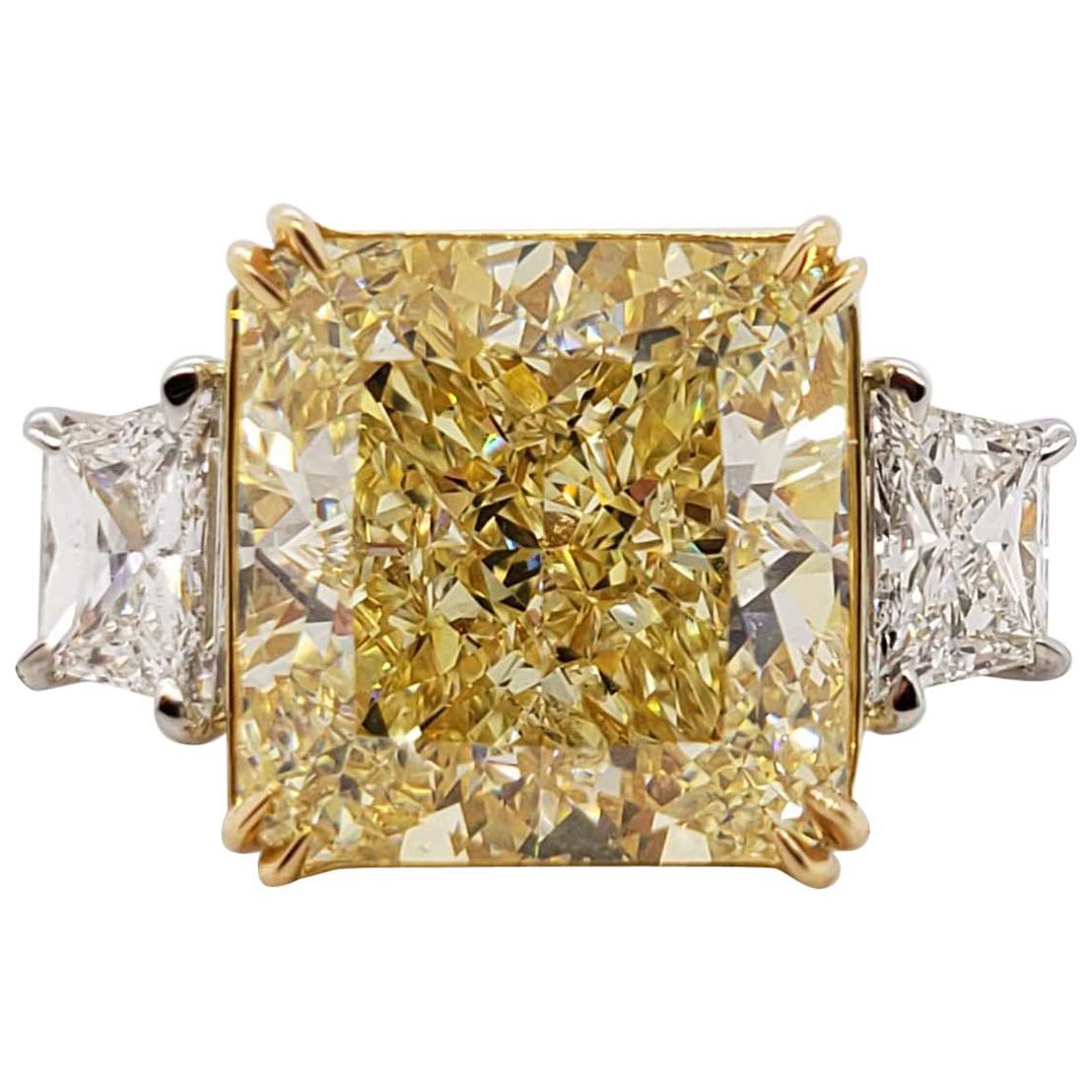 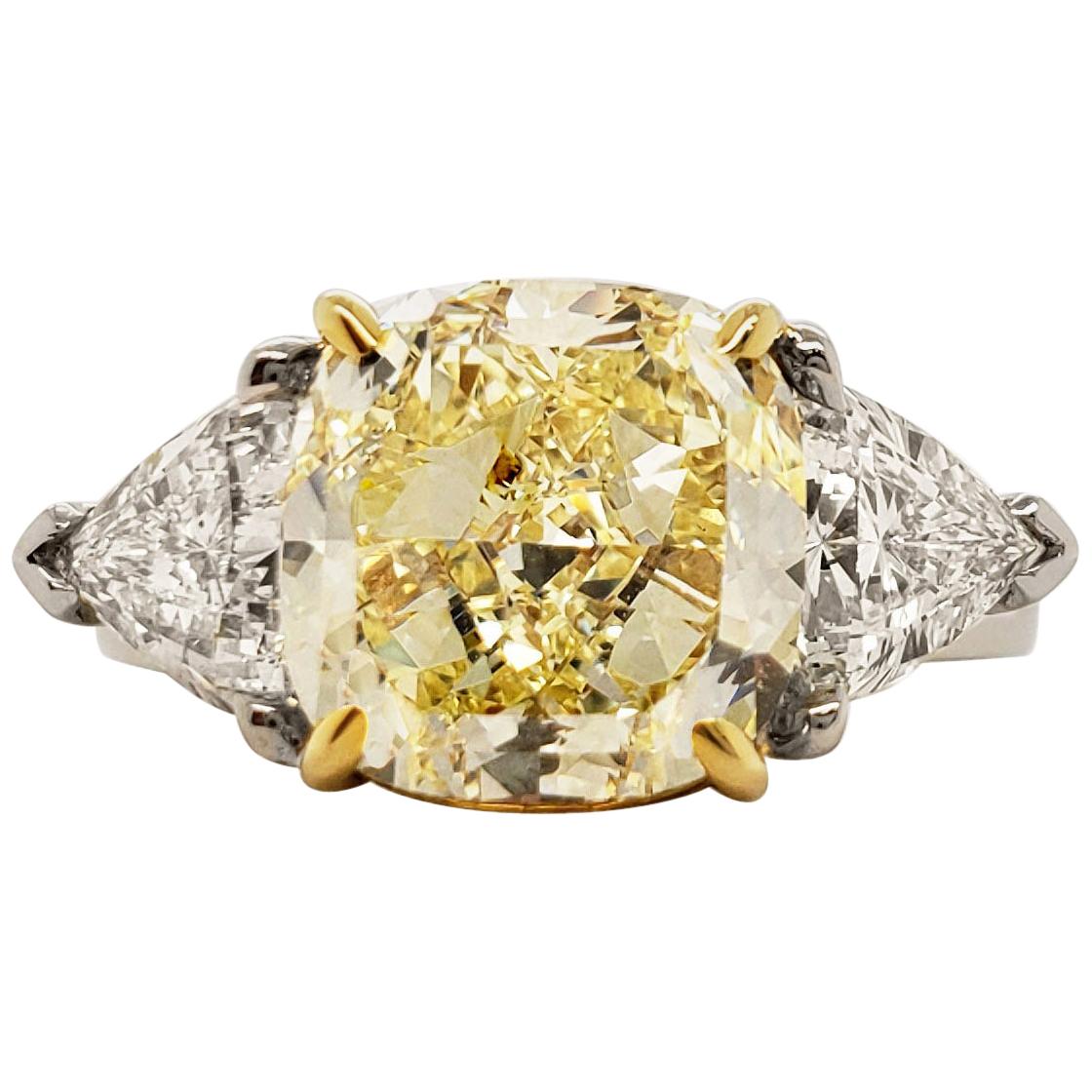 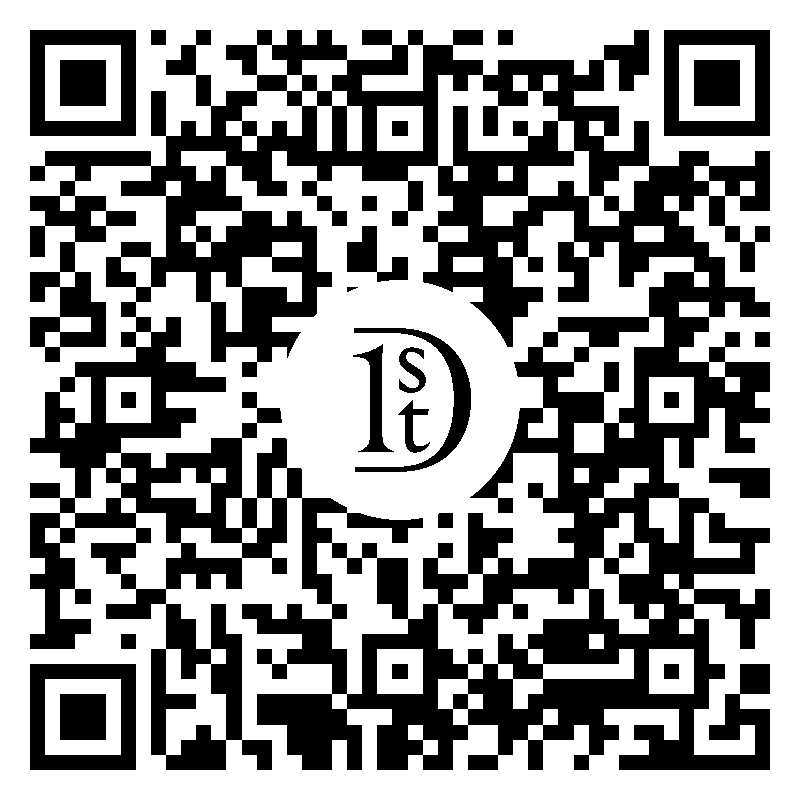 This SCARSELLI 4.01 carat Fancy Intense Yellow Radiant Cut Diamond Ring is VVS2 clarity. Flanking the center diamond are a pair of fine white brilliant cut trapezoid diamonds in platinum. The high quality of the diamonds and mounting are representative of Scarselli's dedication to the high end collector at the striking point pricing. This ring may be sized or re-designed with Scarselli to suit the client's specifications. For this and other spectacular natural fancy color diamonds see the SCARSELLI Storefront in the 1stDibs Vendor listings. Renowned both in New York City and Internationally, Scarselli has the selection that is most prominent for collectors of Natural Fancy Color. Items are available for viewing by appointment through 1st Dibs messaging. Please feel free to ask any questions. 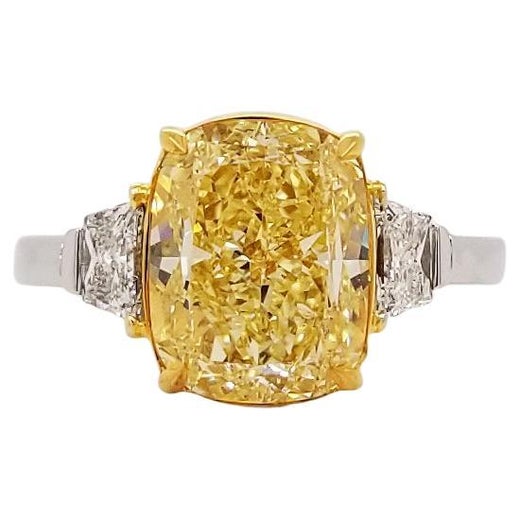 New York-based Scarselli Diamonds is a leader in colored diamonds. The family-owned company has grown from its position as Italy’s only jeweler that was legally permitted to sell diamonds to American troops after World War II to its esteemed role today — renowned specialists in rare colored diamonds and purveyors of distinctive adornment.

The first generation of Scarselli principals worked primarily in colorless diamonds, which are diamonds within the normal color range, and counted actress Sophia Loren among their clients. The business served wealthy travelers in its hotel boutiques in Rimini and Venice and had wholesale operations in Rome and in Naples. The second generation worked with luxury watchmakers such as Vacheron Constantin and Piaget. In 1978, Scarselli moved its headquarters to the United States. Today, Bruno Scarselli is a representative for the family’s third generation. The brand employs in-house cutters and gemologists and is a jeweler to the stars, working with world-famous musicians, actors and professional athletes. Celebrities and pop culture figures borrow Scarselli diamonds to walk the red carpet, and museums exhibit the company’s glittering designs.

Scarselli directly sources its diamonds from places like India, Australia, Brazil and elsewhere, and in expanding on the success it had with colored stones, such as rubies and sapphires sourced from Colombia and Burma, the company found its niche in fancy-colored diamonds. Today Scarselli’s inventory includes blue, pink and red diamonds as well as rare high-quality natural yellow diamonds. The company was known for having retained the Aurora Green diamond, which set two world records when it was sold at auction in 2016.

In 2009, Scarselli loaned its Olympia diamond collection to the American Museum of Natural History for an exhibition. The collection contained five diamonds classified as “fancy vivid” — with respect to the 4Cs, this refers to color and is considered by experts to be the pinnacle grading for colored diamonds.

On 1stDibs, find a collection of Scarselli rings, earrings, bracelets and other jewelry.

About the Seller
5.0
Located in New York, NY
Vetted Seller
These experienced sellers undergo a comprehensive evaluation by our team of in-house experts.
Established in 1955
1stDibs seller since 2017
17 sales on 1stDibs
Typical response time: <1 hour
More From This Seller