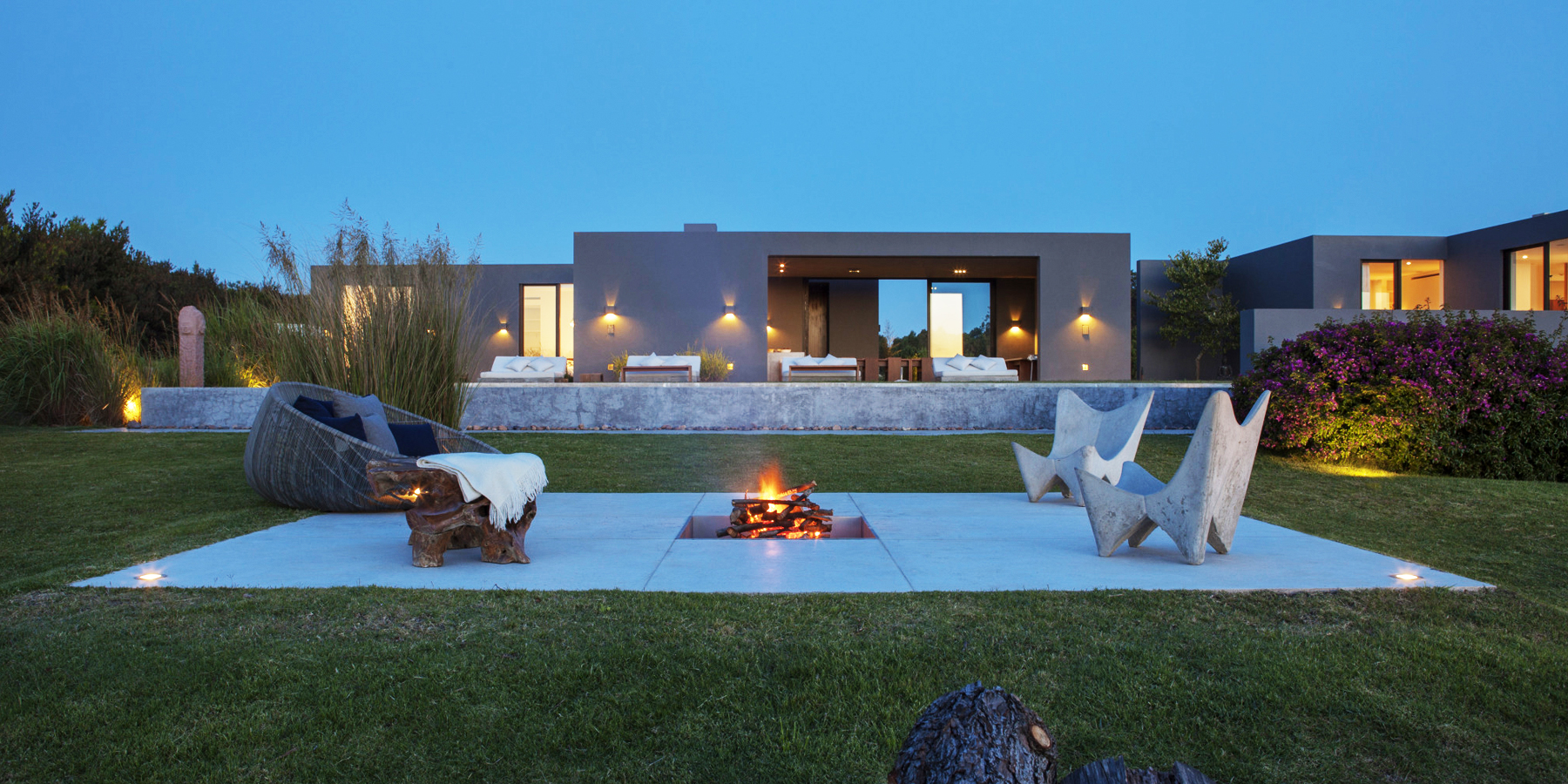 From their respective posts in London and San Francisco, Stephania Kallos and Abigail Turin oversee an exciting architecture firm, KallosTurin, that specializes in sexy, minimalist spaces that exude a quiet glamour. 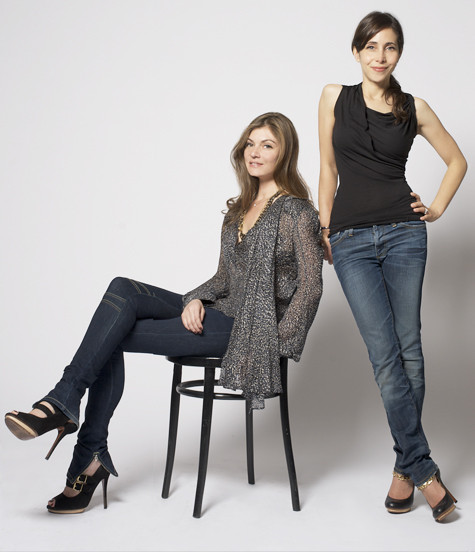 London-based Stephania Kallos (left) and San Francisco-based Abigail Turin started their transcontinental architecture firm in 2003, shortly after working together for British architect David Chipperfield (portrait by Kate Garner). Today, they collaborate on projects around the world, including the villa in Punta del Este, Uruguay, at top (photo by Juan Hitters).

Stephania Kallos was always creative, but she didn’t have precise notions about how to channel that energy. “I fell into architecture quite randomly,” admits the South African native of her decision to enroll in architectural studies at the University of Cape Town. “But immediately I found I loved it. I was drawn to purist modernists from the start. It was the eighties, but none of the post-modernism happening then interested me.” She completed her bachelor’s degree, worked in Berlin for a few years and moved to London for a graduate program at the Bartlett School of Architecture.

Then Kallos hit the pavement. “I was very clear that I wanted to work only for David Chipperfield or Claudio Silvestrin,” she says. In 1996, a year after graduating, she was hired by the latter, an architect known for creating elegantly spare modern structures and spaces rooted in classicism. After two years of designing shops and offices, Chipperfield hired her away to oversee the design for various Dolce & Gabbana stores and to work on New York’s Bryant Park Hotel.

Abigail Turin, meanwhile, knew from the age of 12 exactly what her career would be. “My father was head of the Engineering School at the University of California, Berkeley, and my mother was very interested in the fine arts,” she explains. “So architecture came up a lot. Nothing would have set me off that track.” Turin studied architecture as an undergrad at Wellesley, did her studio work at MIT and earned her master’s with distinction from Harvard, where an instructor suggested she apply for a job at Chipperfield’s firm. 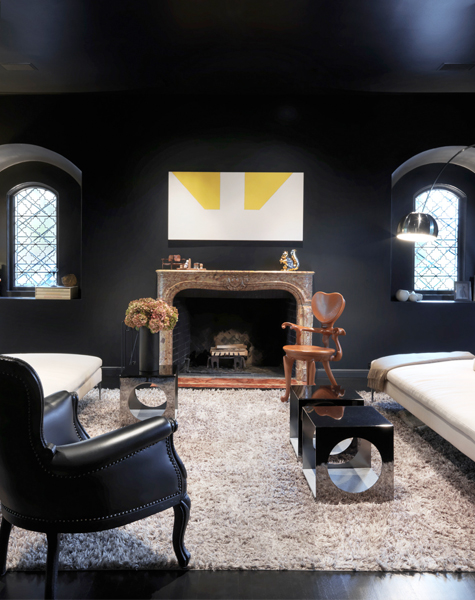 Turin painted the living room of her own San Francisco home in a dark hue from Le Corbusier’s Polychromie Architecturale line. The painting above the original fireplace is by Marten Barré. The Smoke chair in the foreground is Maarten Baas for Moooi; the chair by the fireplace is by Antoni Gaudí. Photo by Justin Fantl

“Harvard wasn’t talking much about this minimalist type of work,” says Turin. “It felt so fresh.” At the time, Chipperfield was expanding his London outfit as well as establishing offices in cities around the world. Turin was put on the high-end residential-design team in London, where she met Kallos. The women became instant friends.

Turin returned home to the Bay Area shortly after, but she continued working on projects for the firm — notably the four-story offices of the wealth-management firm Thomas Weisel Partners, which were in Skidmore, Owings and Merrill’s iconic Lever House, on New York’s Park Avenue. In 2001, she went independent as an architectural designer. Kallos struck out on her own around the same time. “It was a very casual partnership at first,” remembers Turin. “I had a project in the South of France and needed someone closer by to oversee it. Steph offered to go back and forth to the site. We worked together so well that it was a natural evolution to start designing together.”

They established KallosTurin in 2003, with offices in San Francisco and London, and, today, they design every project together, with each overseeing the ones that come through her office. And while they’ve made some inroads with the American press, their reputation for sexy minimalism has remained best-known overseas.

That seems to be changing, however. Turin’s own home appeared in Dwell‘s March 2013  pages, and a month later, Architectural Digest featured a pristine white-on-white home the pair did in Santa Barbara. That November, AD followed up with a piece on the firm’s design of the new Bouli Bar in San Francisco, the next-door companion restaurant of the popular Boulettes Larder (which they also designed). KallosTurin recently did designs for a lake house in Grafton, New York, and for Vita, a Laura Cunningham restaurant in Yountville, Napa Valley. There have also been apartments in New York City; a residence in Los Altos, California; and a project currently underway in Cabo San Lucas, Mexico, for a California client.

Here the stylish duo reveals how they got their big break, as well as their favorite hotels, restaurants and artists and their most treasured possessions.

Turin: A Cote d’Azur house on the cover of World of Interiors in 2005, which was how one of our favorite clients found us; winning the RIBA (Royal Institute of British Architects) award in 2010 for a project in Uruguay

Turin: Our joint tenure at Chipperfield was definitely influential. We love the struggle of working toward a simple and perfectly wrought plan. But we are also interested in how you can make something that reduced and refined also feel elegant, rich and glamorous. Occasional decorative elements are what make you see the starkness and beauty of that minimalist wall.

Kallos: Abby tends to work a lot with contemporary art collections. I love including important pieces by Italian and French designers from the 1940s to ’60s: Giò Ponti, Jean Royère, Carlo Mollino.

“We love the struggle of working toward a simple and perfectly wrought plan. But we are also interested in how you can make something that reduced and refined also feel elegant, rich and glamorous.” 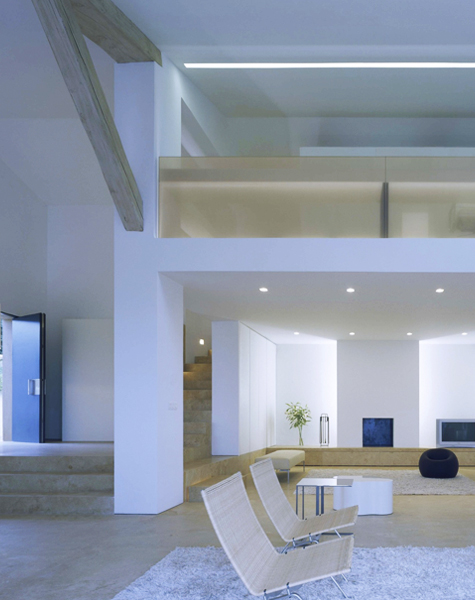 An early project, this villa in Provence, France — which features a home office lofted above a double-height living area — ended up on the cover of World of Interiors, providing KallosTurin with one of its first big breaks. Photo by Dennis Gilbert

Turin: My nine-year-old daughter has taken control, so it’s too embarrassing to say.

Turin: I’m a bit obsessed with Sigmar Polke right now. Christopher Wool is also a favorite. And Michelangelo’s Laurentian Library stair in Florence may be my favorite single work by an artist.

Kallos: It’s hard to be an architect and not swoon over a great Richard Serra.

Turin: The Splendido in Portofino was a favorite of my parents. It remains one of my most beloved spots on earth. Carpinteria in Santa Barbara, where my husband and I have a house, is ideal for a casual beach vacation.

Kallos: My boyfriend and I met in Ibiza at a yoga retreat in 2004, and we go back every year. We love the combination of chilled-out country life, the best beach restaurants and being able to take a boat to Formentera whenever we feel like a bit of a party vibe. Also Punta del Este, Uruguay: It has the same stylishness-hippie vibe as Ibiza.

Turin: Steph and I both gravitate toward old-school glamorous hotels more than something new or overly designed. It’s all about a feeling of authenticity.

Kallos: Le Sirenuse, in Positano, and the Scalinatella, on Capri, are great examples of what we tend to like — small family-run hotels that have original features and furnishings and impeccable service. Both have retained gorgeous 1940s furniture and light fixtures and ooze glamour. The architectural forms are clean-lined but punctuated with some Moorish elements.

Turin: I grew up near Chez Panisse, and that restaurant (which is more like a movement) is central to my life and philosophy around food. We also love Bouli Bar and Boulettes Larder, in San Francisco, and the French Laundry, in Napa.

Kallos: The River Café, in London. I love its friendliness and consistently excellent, authentic food. The place and the people make you feel completely at home.

Turin: I just finished reading The Goldfinch by Donna Tartt. I liked the book but kind of loved the crazy debate surrounding it.

Kallos: I have a nine-month-old baby. I have little time to read anything! I’m just passing out and getting up at five in the morning. But when I can find a spare minute I pick up Breakfast with Lucian: A Portrait of the Artist by Geordie Greig.

Turin: Field Trip. It’s amazing for finding food, architecture and shops while strolling in a city.

Kallos: Silly to say, but the British Airways app is the most convenient. I also love Hailo. London is the best city in the world for transport when you have a baby because you can put the pram in a black taxi without having to fold it up into the trunk. 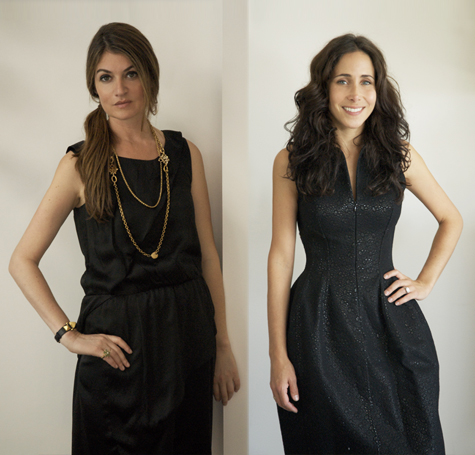 Despite being geographically separated by the Atlantic Ocean and the width of the United States, Kallos and Turin still collaborate on every project, with each taking the lead on those that come in through their individual offices. Photo by Kate Garner

Turin: My mom’s gold wedding band. Besides being extremely sentimental, it’s a reminder that proportion and detailing, even in the smallest things, are key.

Kallos: A small Glenn Ligon painting my boyfriend bought me when we first got together. I love the way the text, “Negro Sunshine,” which is a phrase from Gertrude Stein, repeats like music until it blurs and becomes invisible like silence. It has coal dust on the surface, which shimmers in a mysterious way.