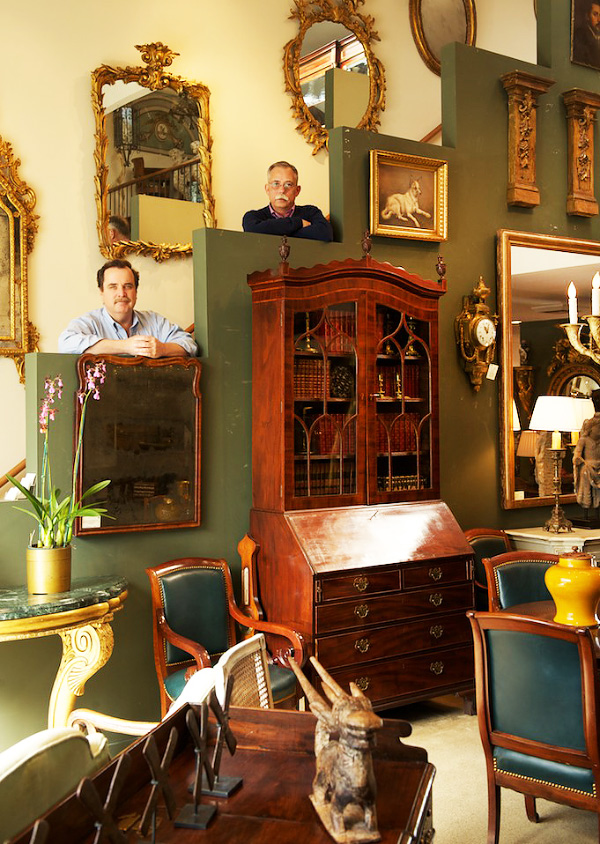 Almost all really good dealers start out as collectors,” says Howard Settle, of the San Francisco gallery Antique & Art Exchange. He, for one, began acquiring antiques and objects as a young boy, foraging in the dusty back rooms of his grandfather’s furniture store, in San Leandro, outside of San Francisco. Picking through animal trophies and Victorian furniture, he’d regularly take treasures home to his own room. “Luckily there were many ‘collectors’ in my family,” says Settle, citing his grandfather’s penchant for removing from his shop paintings, furniture and even antique cars that he felt he just couldn’t part with. “His passion inspired my own curiosity and, ultimately, my choice of profession.”

Flash forward to 1989, when Settle, then a young adult on his first day on the job at Walker McIntyre Antiques, on San Francisco’s Sacramento Street, sold some $80,000 worth of classic Georgian furniture. He realized then and there he could successively turn his hobby into a career. “I couldn’t help but start thinking about getting my own shop some day,” says Settle. Six years later, he met Wall Street securities advisor Keith Dieterich in the store, and within a year the two had hatched a plan.

“I was tired of the ridiculously long hours I was putting in when I worked in the brokerage industry,” says Dieterich, who originally hails from Long Island and had moved to San Francisco in the early 1990s. “And I was a hunter and gatherer by nature, so when I met Howard and heard how he wanted to become a dealer on his own, I knew it was time for me to make a career leap.” 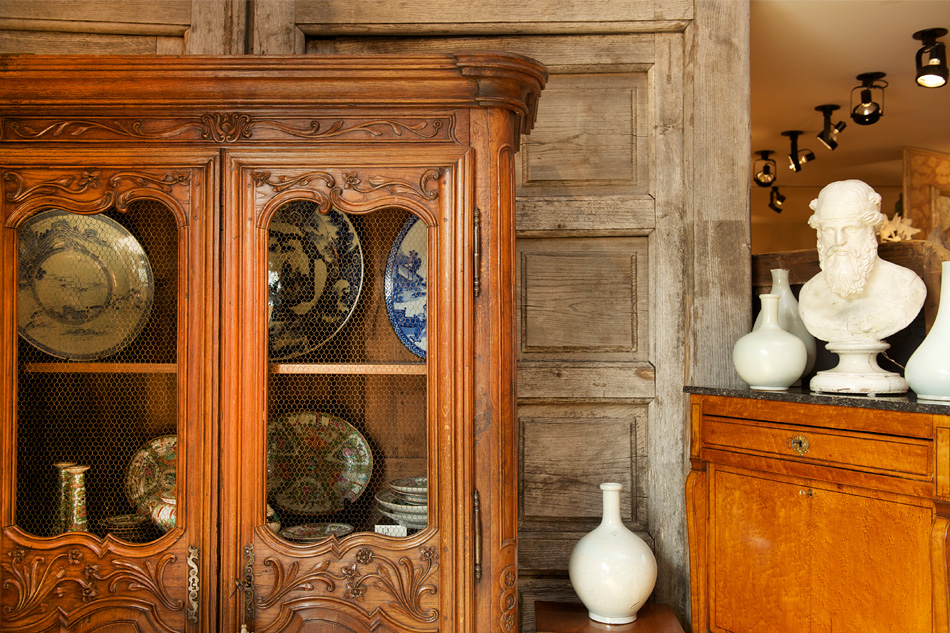 A collection of 17th- through 19th-century Japanese, Chinese and Korean celadon bottles surround an 18th-century Italian white-glazed bust atop a Biedermieier secretary at Antique & Art Exchange in San Francisco. 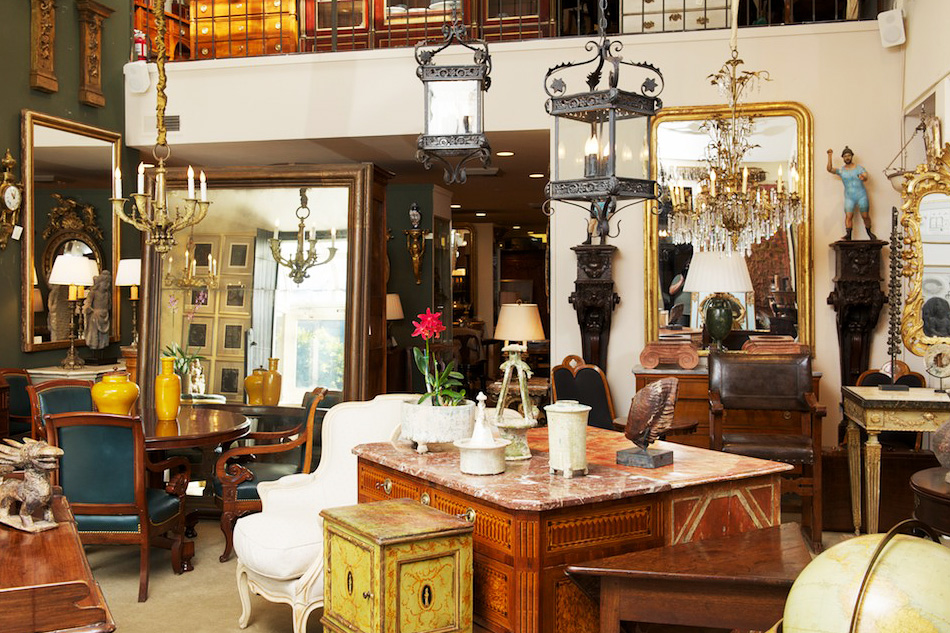 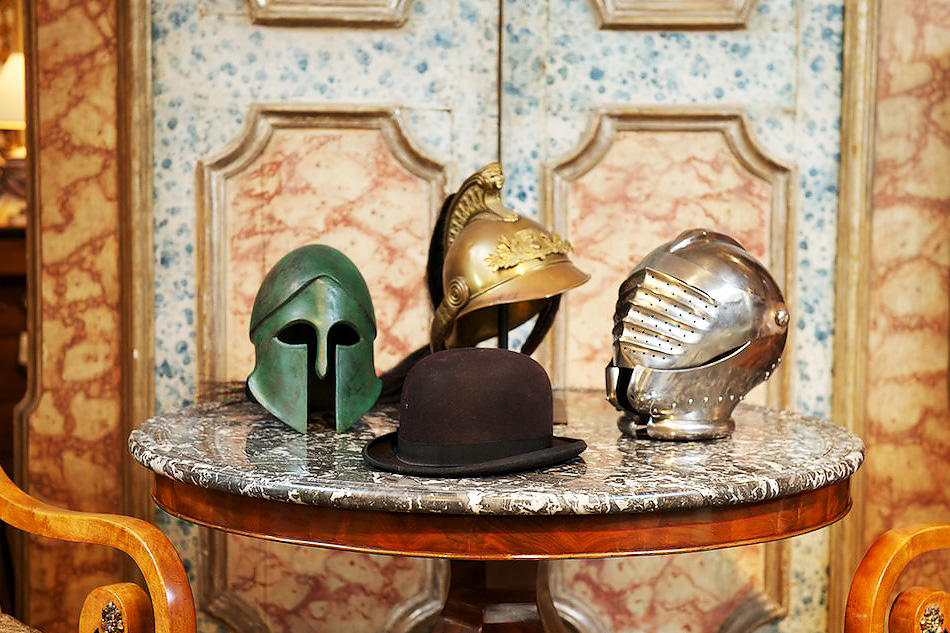 A selection of hats and helmets rests on a gray marble-topped French Charles X center table.

The timing was fortuitous: McIntyre soon announced that he was moving to Atlanta, enabling Settle and Dieterich to take over his space and rechristen it Antique & Art Exchange. While McIntyre’s shop had been a collective of more than 30 dealers, Settle and Dieterich decided to showcase mainly their own 17th-, 18th- and 19th-century European finds. To their delight, it was an instant hit. “Town & Country magazine said there was practically nothing ugly to be found here,” says Settle, with his characteristic good-natured chuckle. “Whether looking for English or Continental, eighteenth or nineteenth century, people loved how one-of-a-kind our pieces were.” 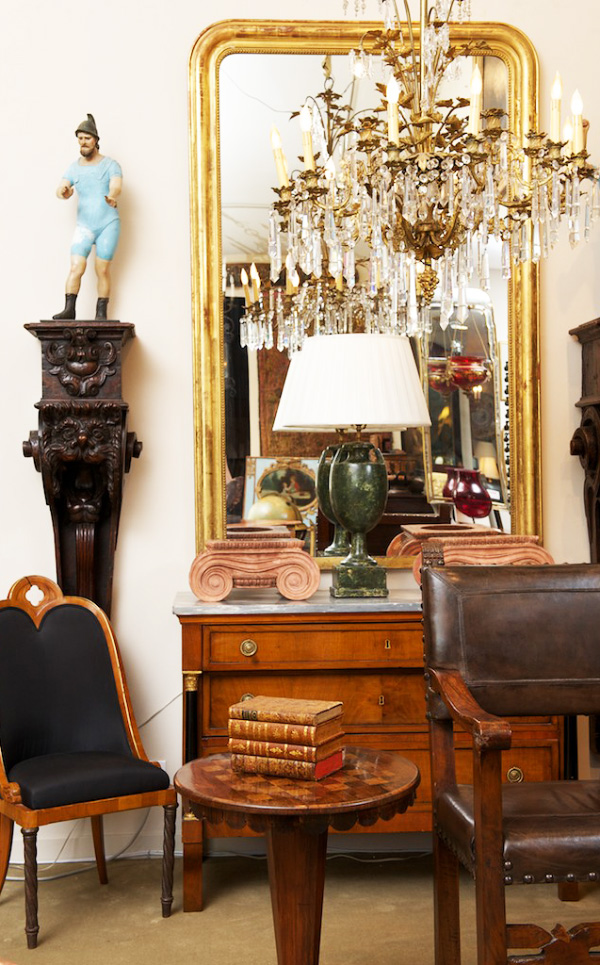 A pair of South American figures flank a Russian chandelier and a French Louis Philippe gilt-wood mirror, all from the 19th century.

Having originally found it necessary to import inventory from Sweden, Denmark, England and France, Settle and Dieterich now have no trouble finding high-quality pieces in the Bay Area, whether from local estates or from clients who are moving away. (Indeed, the pair frequent estate sales throughout Northern California.) In 2002 they moved the shop from San Francisco’s Presidio Heights district to a nearly 6,000-square-foot space in the city’s tony Design District, becoming neighbors with such top dealers as Ed Hardy and John Drum. “We’re all friendly rivals for sure,” says Settle. “There’s a lot of cross pollination.”

The store’s vibe is informal yet exciting, an Aladdin’s cave spilling over with relatively affordable treasures. (“We try to avoid prices that look like phone numbers,” says Dieterich.) In addition to European antiques, today the duo also stocks modern art and mid-century furniture. They sold two matching painted terra-cotta stools found in Sweden to the editor of an international shelter magazine who lives in New York; a pair of Italian armchairs from a 100-year-old bridal trousseau to a Silicon Valley tycoon; and an unusually large French majolica turkey, found early one morning at the Paris flea market, to a customer in Texas. “I miss him,” says Settle, mournfully.

Whether a designer hailing from Hong Kong, Berlin or Chicago, a world leader (Al Gore’s decorater shopped for his San Francisco home there) or a celebrity (Whoopi Goldberg searched via 1stdibs for something with a “W”), the clientele all know they will be embraced by the shop’s stylish and lighthearted aesthetic. “We take collecting seriously,” says Settle, “but we want everyone to feel as at home here as we do.”

Howard Settle and Keith Dieterich share some thoughts on a few choice pieces. 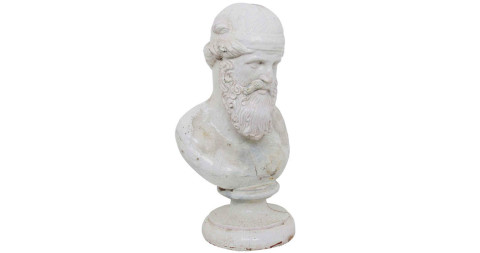 A large, rare and early piece, probably 17th-century Italian, this faience bust was acquired from a local estate in San Francisco. Early ceramics are almost all unmarked, so those who know what they’re looking for can find amazing things. 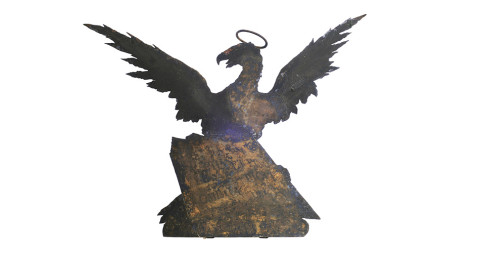 We are intrigued by eagles and what they symbolize. This forged-iron shop sign features an eagle with a halo holding a book, which makes us think the store sold religious volumes. The sign comes from Italy or Germany and is 19th century or earlier, with some traces of original paint remaining. There’s clearly a wonderful hidden history about what the eagle has seen over the years. 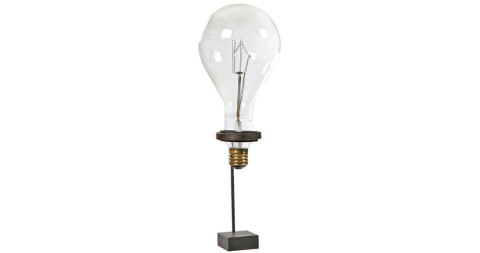 We love these early lightbulbs and buy them whenever we see them. This wonderful and curious object is unusually large and probably was made in the 1920s, later mounted on a custom steel stand – a rare survivor and an interesting bit of “industrial sculpture.” 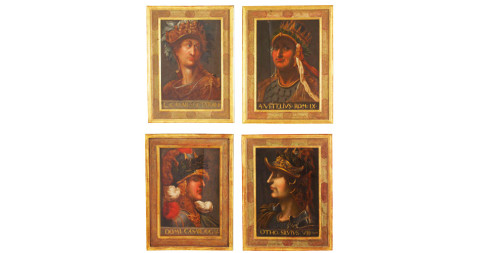 This set of eight emperor paintings were first offered to us around 1996, when they were still residing in a penthouse on Nob Hill, in San Francisco. We didn’t step up to the plate. The next time we saw them was in Architectural Digest, in a dining room designed by Thomas Bartlett. Finally, three years ago, they resurfaced at a public sale in San Francisco, and we knew the time had finally come to buy them. We find it amazing that the eight portraits, in their faux marble-painted frames, have remained together for so long.

Believe it or not, we found this Buddhist temple finial at a sidewalk sale in St. Helena, California. Made of gilt bronze on an iron frame, and crafted in either Burma or Thailand in the 19th century, it wasn’t a chandelier until we got ahold of it. Instead it would have sat at the very tiptop of a temple, like some sort of gold antenna.