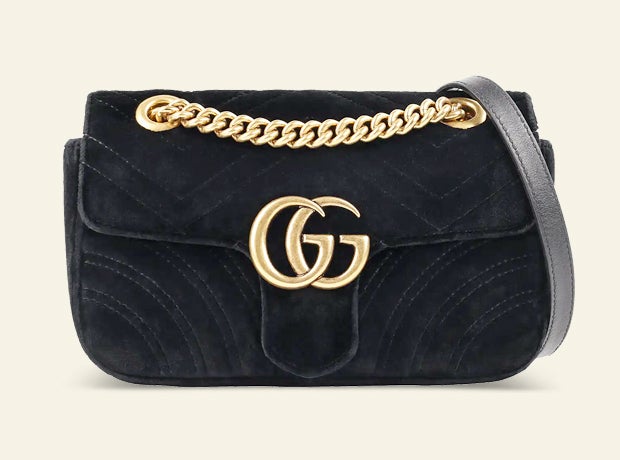 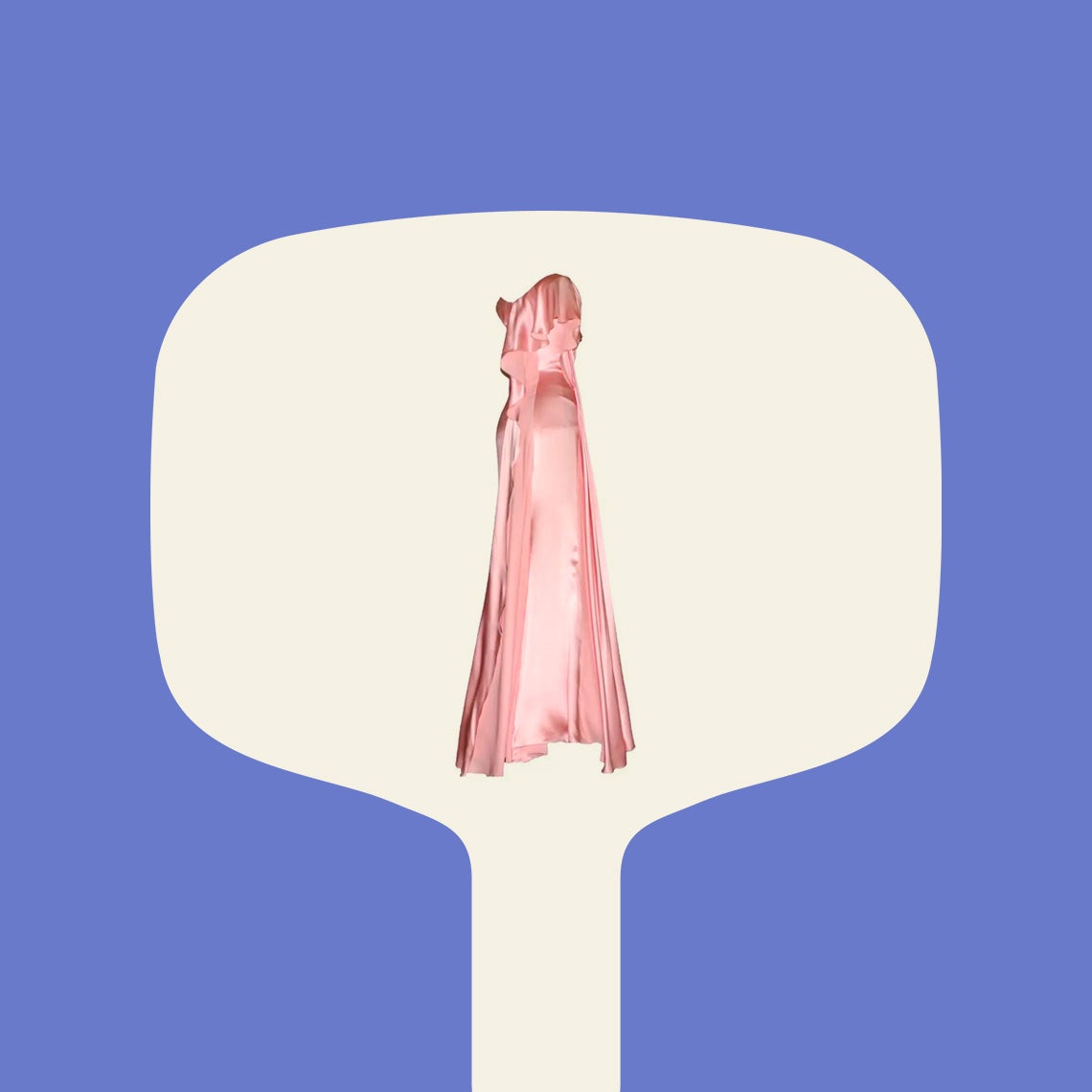 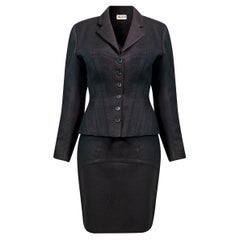 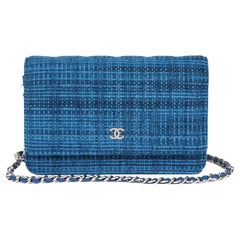 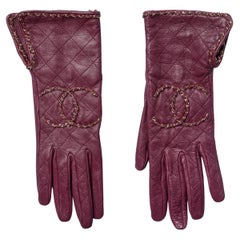 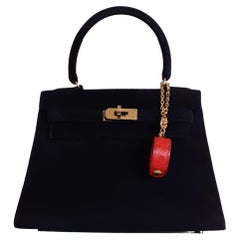 Pair of 1940s shoes in leather and wedge heel in red wood
Located in Toulon, FR
Circa 1940/1950 France Rare pair of collector's shoes in new condition and wooden wedge heels painted in red, dating from the 1940s. Black leather upper with cutout in the shape of...
Category

A French Leonard Summer Dress in Printed Silk Jersey Circa 2000
By Leonard
Located in Toulon, FR
Circa 2000 France Beautiful romantic summer dress in printed silk jersey by Léonard dating from the 2000s. Long dress with a large bare back neckline, held by two thin straps with ...
Category

A French Leonard Summer Dress in Printed Silk Jersey Circa 2000

Free Shipping
A French Dior/Bérénice Demi Couture skirt suit Wool Tartan, French Circa 1970
By Christian Dior
Located in Toulon, FR
Circa 1970 France Tartan plaid curly wool suit labelled Berenice which belongs to a series of Christian Dior patterns, made by this Marseilles-based House and dating from the 1970s....
Category

Free Shipping
Vintage black Tie Gold Silk Beaded Long Evening Gown with Open Back
By BLACK TIE
Located in Portland, OR
This is a stunning vintage gold silk beaded Black Tie evening dress from the 1980's. This incredible long dress is covered in silver and gold bugle beads and is so beautiful in pers...
Category

Tadashi Shoji Monochrome Floral Embroidered Marissa Gown M
By Tadashi Shoji
Located in Dubai, Al Qouz 2
A sophisticated look comes with this Tadashi Shoji gown that is all set to slay the crowds. Blossoming with floral embroidery on the long sleeves and bodice, it is crafted with an as...
Category

Etro Multicolor Paisley Printed Sleeveless Midi Dress S
By Etro
Located in Dubai, Al Qouz 2
The search for the perfect dress ends with this lovely number from Etro. The sleeveless dress is made of a viscose blend and features a flattering silhouette. It flaunts a multicolou...
Category

Free Shipping
Pair of Gloves of Embroidered White leather - Circa 1950/1960
Located in Toulon, FR
Circa 1950-1960 France Beautiful pair of ceremonial gloves in white chamois leather with unreadable French stamp inside and dating from the 1950s. Elegant embroidery of black cotton...
Category

A French Flowered Printed Chiffon Dress With Removable Skirt, circa 1950-1960

A Ted Lapidus by Olivier Lapidus Couture Dress, French Circa 1990

Free Shipping
Gucci Belt Pink
By Gucci
Located in West Hollywood, CA
Gucci Belt in pink. This slim belt comes in a rose tone and the buckle is the GG logo in silver hardware. The piece is new and comes with the original dust cover.
Category

A Loris Azzaro French Couture Top in Lurex Circa 1970
By Loris Azzaro Couture
Located in Toulon, FR
Circa 1970 France Loris Azzaro backless top in gold Lurex knitwear and small gold and black chains from the 1970s and the Parisian Music Hall period. Knotting of the top with Lurex ...
Category

A Loris Azzaro French Couture Top in Lurex Circa 1970

Emilio Pucci Tubular Early Pants - Circa 1960
By Emilio Pucci
Located in Toulon, FR
Circa 1960 Italy High-waisted straight cut pants in ivory wild silk shantung. Without belt, with a work of pleats from the waist. Side metal zipper on the hips. Small button tab at...
Category

My Life in Focus: A Photographer's Journey with Elizabeth Taylor

A Couture Yves Saint Laurent (attributed to) Evening Dress Circa 1984

Free Shipping
A French Brocaded Satin Silk Evening Jacket Circa 1930/1950
Located in Toulon, FR
Circa 1930/1950 France Amazing evening or party jacket inspired by Amazone style, in brown silk satin with gold stylized patterns in volutes, feathers and panaches. This is a reuse ...
Category

A Jean-Paul Gaultier Jacket of Military Inspiration Circa 2005/2010

LOUIS VUITTON On the Go Tote in Off White

Free Shipping
Gucci Messenger Burgundy Leather Shoulder Bag Vintage 1980s
By Gucci
Located in Brindisi, Bt
This stunning Gucci messenger bag is the perfect blend of vintage elegance and modern functionality. The burgundy color gives it a timeless look that will never go out of style. From...
Category

Vintage Valentino Boutique Black Evening Dress W Rhinestone Zipper
By Valentino
Located in Portland, OR
This is such an incredible vintage Valentino boutique black crepe sleeveless bodycon dress with faux side flap pockets and a center back zipper with rhinestones that unzips from both...
Category

Gabrielle “Coco” Chanel learned to sew under the tutelage of nuns in an orphanage. Later, as an impoverished teenager at a boarding school in central France, clad in the drab clothes of the underclass compared to those of her classmates, she furthered her needlework skills. By the early 1900s, she was helming a hat shop with help from her sister and her aunt.

Chanel made spare, unadorned hats at first, and the now-momentous “little black dress,” published in the form of a sketch in Vogue in 1926, symbolized her intention to design for all social classes. Working with simple lines and ordinary fabrics, Chanel created garments that she hoped would encourage women to leave extravagant clothes behind. The young milliner would soon become pivotal to the evolution of both covetable casual wear and handmade high-fashion apparel, building a brand that has influenced countless designers all over the world.

There are people like Chanel and Gucci, sometimes of meager means, working in near obscurity to create lasting and innovative garments and accessories that today fill the interiors of our favorite boutiques and, ultimately, the closets of our home.

The appeal of vintage and designer clothing — whether it’s nostalgia for ’80s fashion treasures like oversize blazers or the bright and elaborate patterns that characterize sundresses of the 1960s — endures, and our appetite for irreplaceable garments as well as their riveting origin stories won’t recede anytime soon. An authentic handbag or purse from Hermès isn’t merely durable and alluring. The Birkin, for example, is hand-sewn according to Hermès’s centuries-old saddle-stitching technique, comes in a variety of exotic leathers and is also a savvy investment.

Today, we’re captivated by the work of prodigious Illinois-born talent Virgil Abloh, who not only triumphed in the fashion world with his Milan-based streetwear label Off-White, but was also a visual artist, a furniture designer and more. In 2018, Abloh, who learned about fashion from his seamstress mother, became one of the first Black designers to head a French luxury fashion house, having secured an artistic director role at Louis Vuitton.

On 1stDibs, you can revel in the stories behind the fashion we love and browse everything from classic, one-of-a-kind gowns crafted by Parisian couturiers to stylish, modern streetwear designed by forward-looking brands. Shop 19th-century Louis Vuitton trunks or kaleidoscopic and colorful 1960s skirts by Emilio Pucci or edgy ensembles by visionary designers like Azzedine Alaïa. Your fashion journey begins right here. 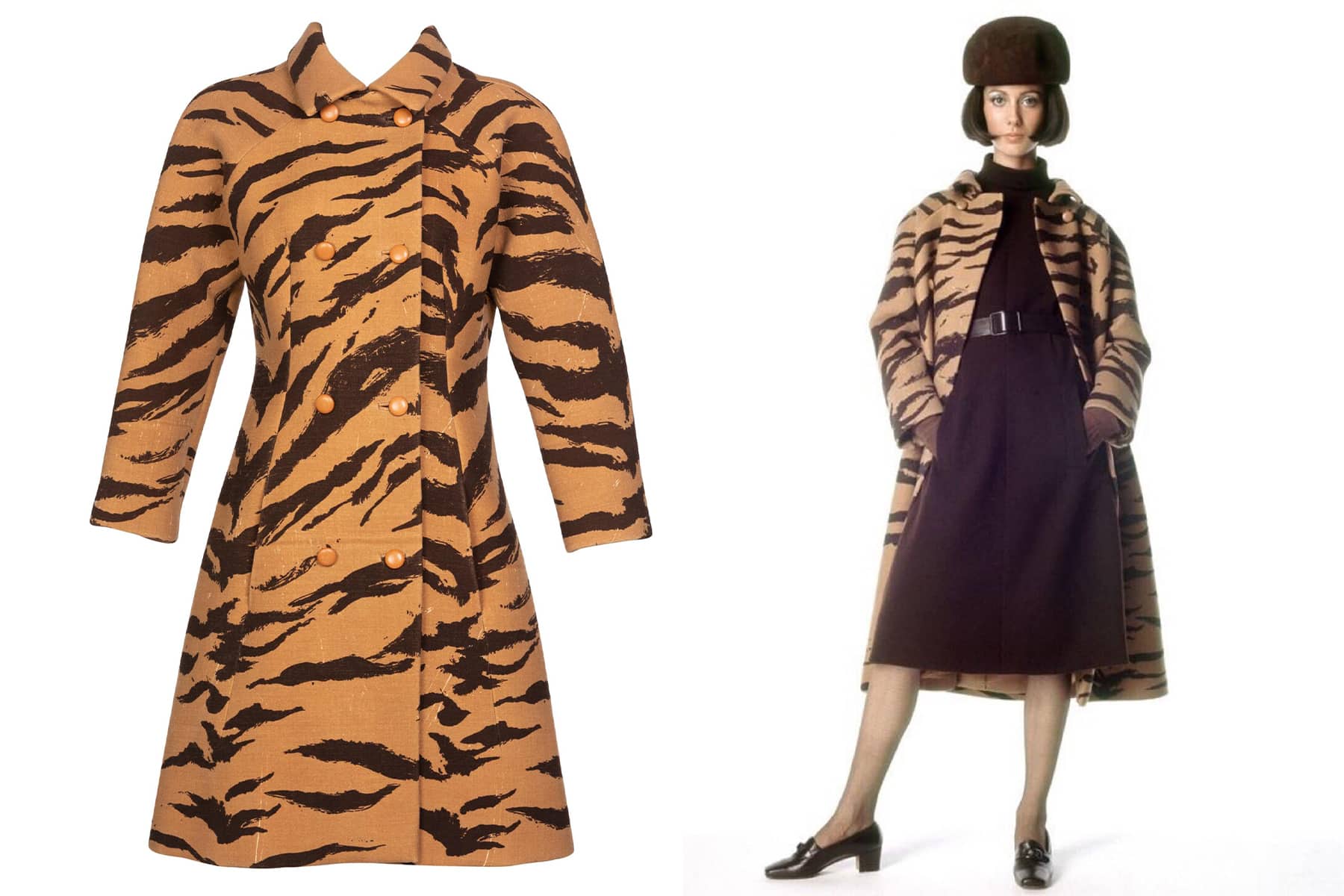 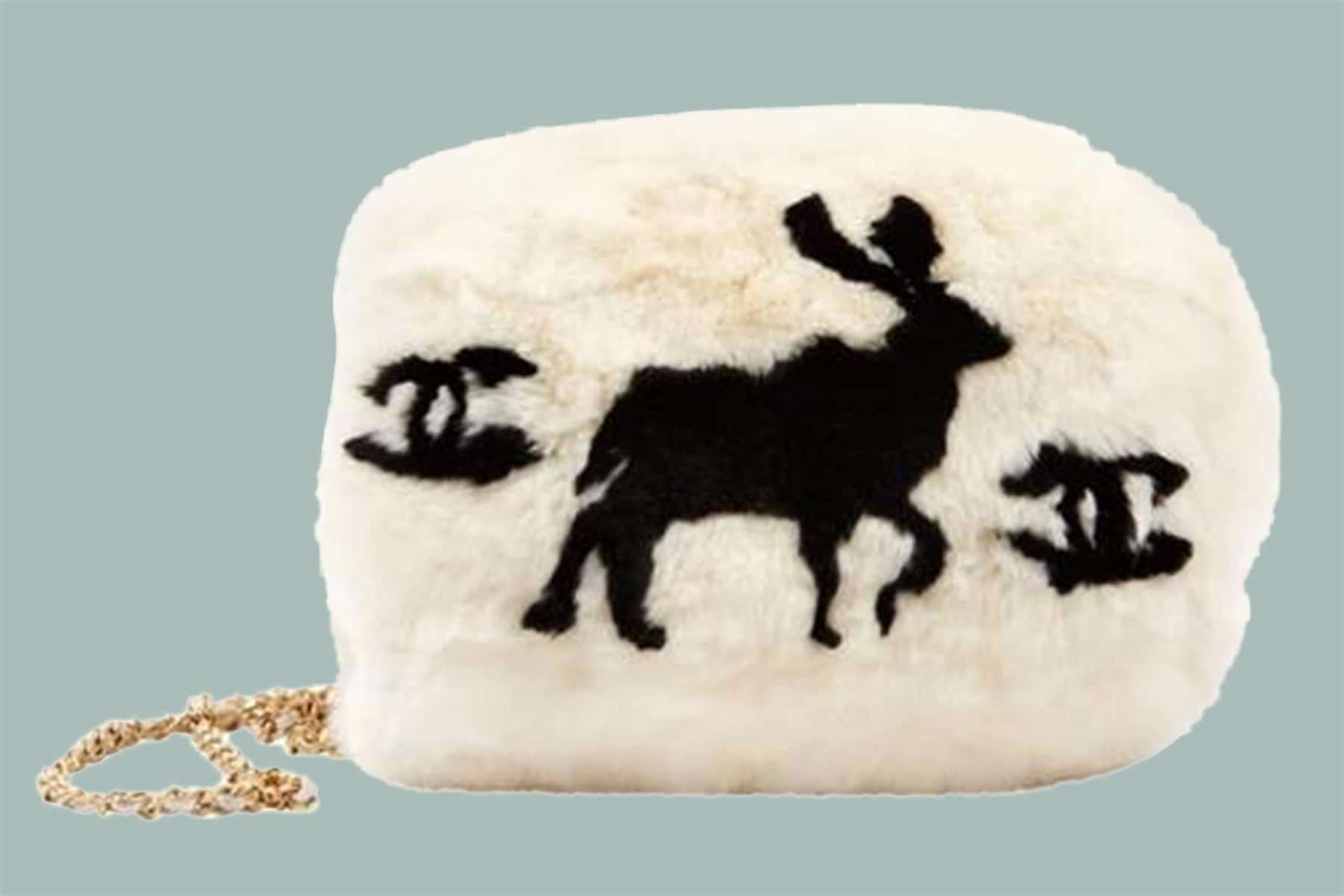 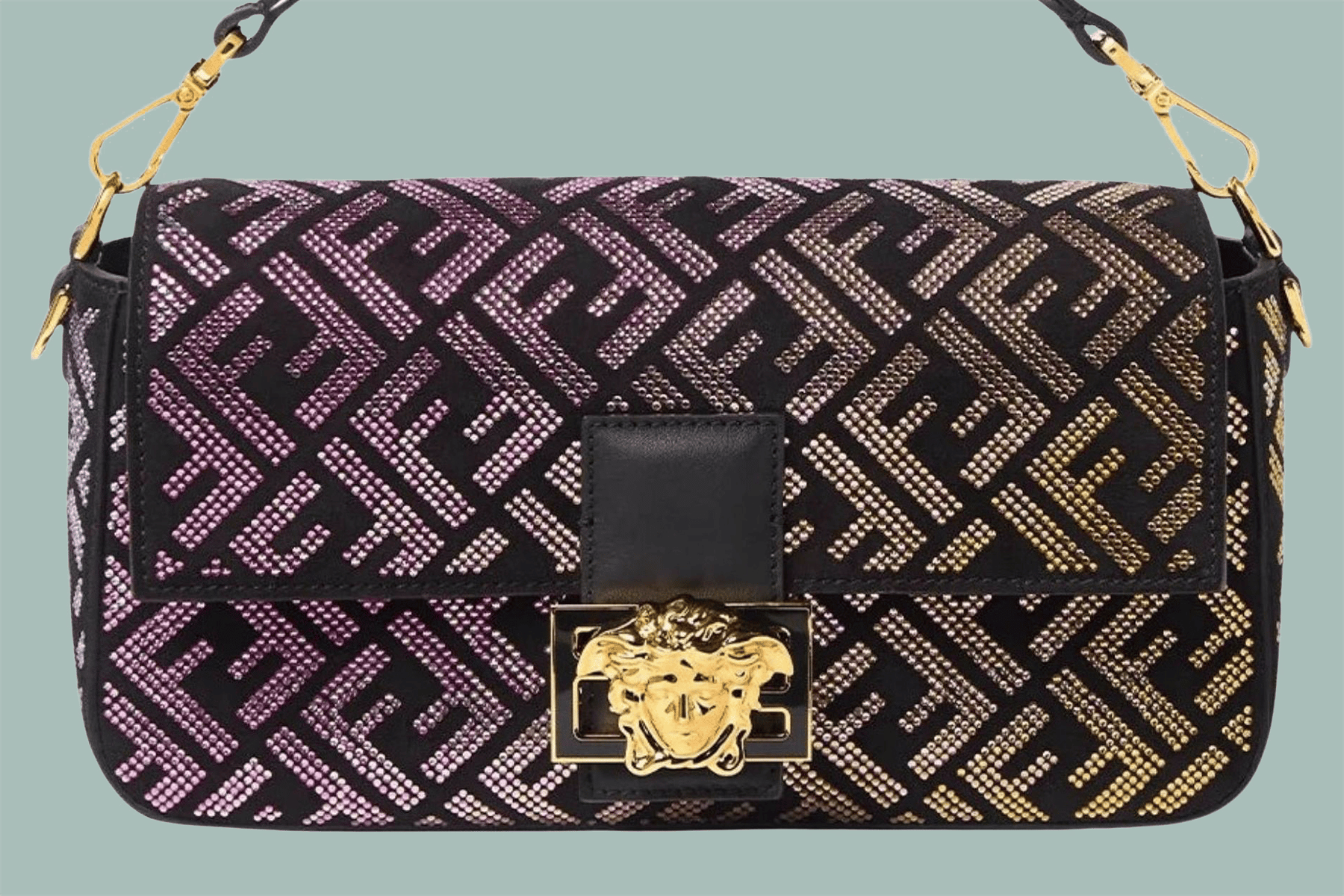 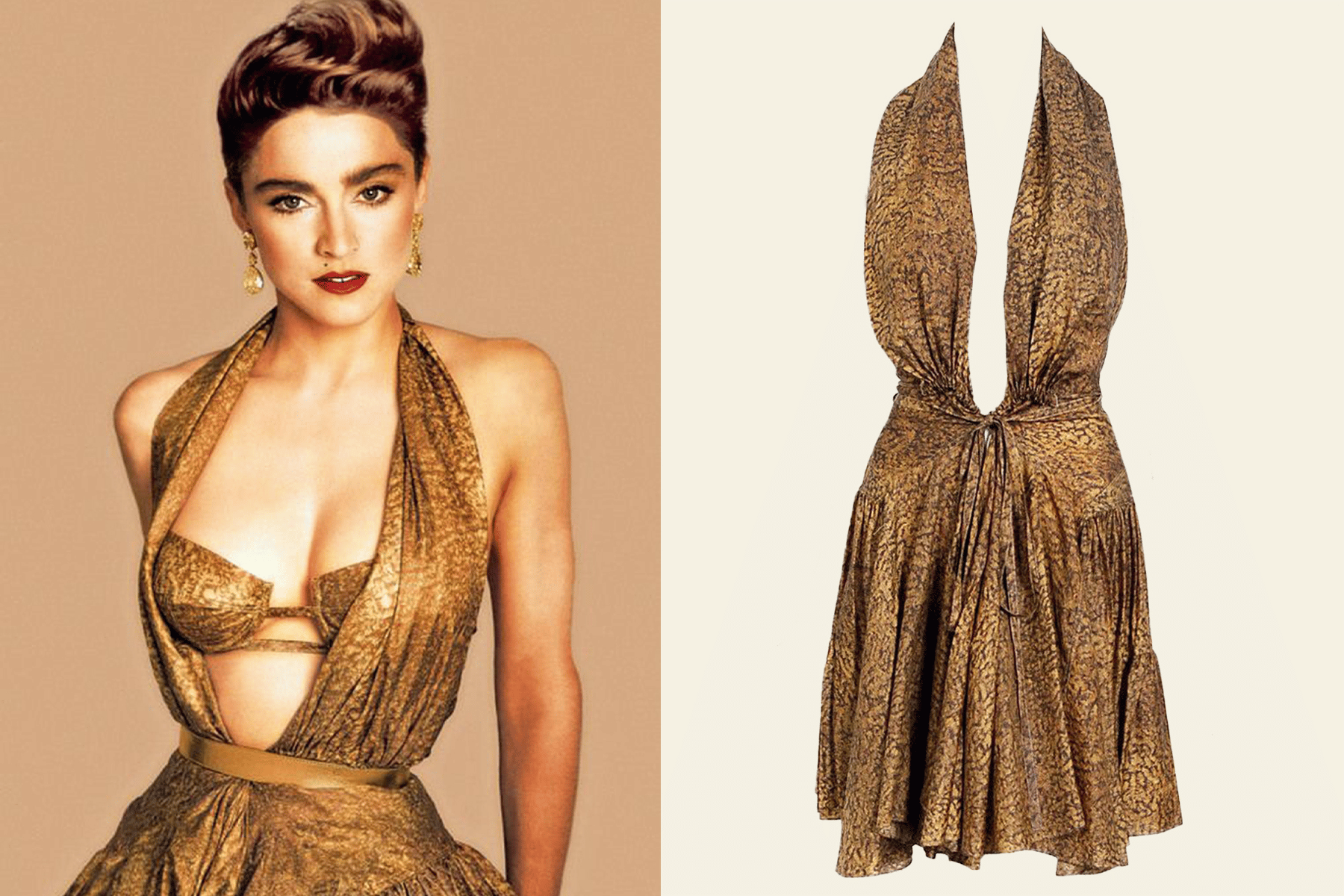 The gold silk stunner was part of a knockout collection that changed the trajectory of Alaïa's then-troubled brand. 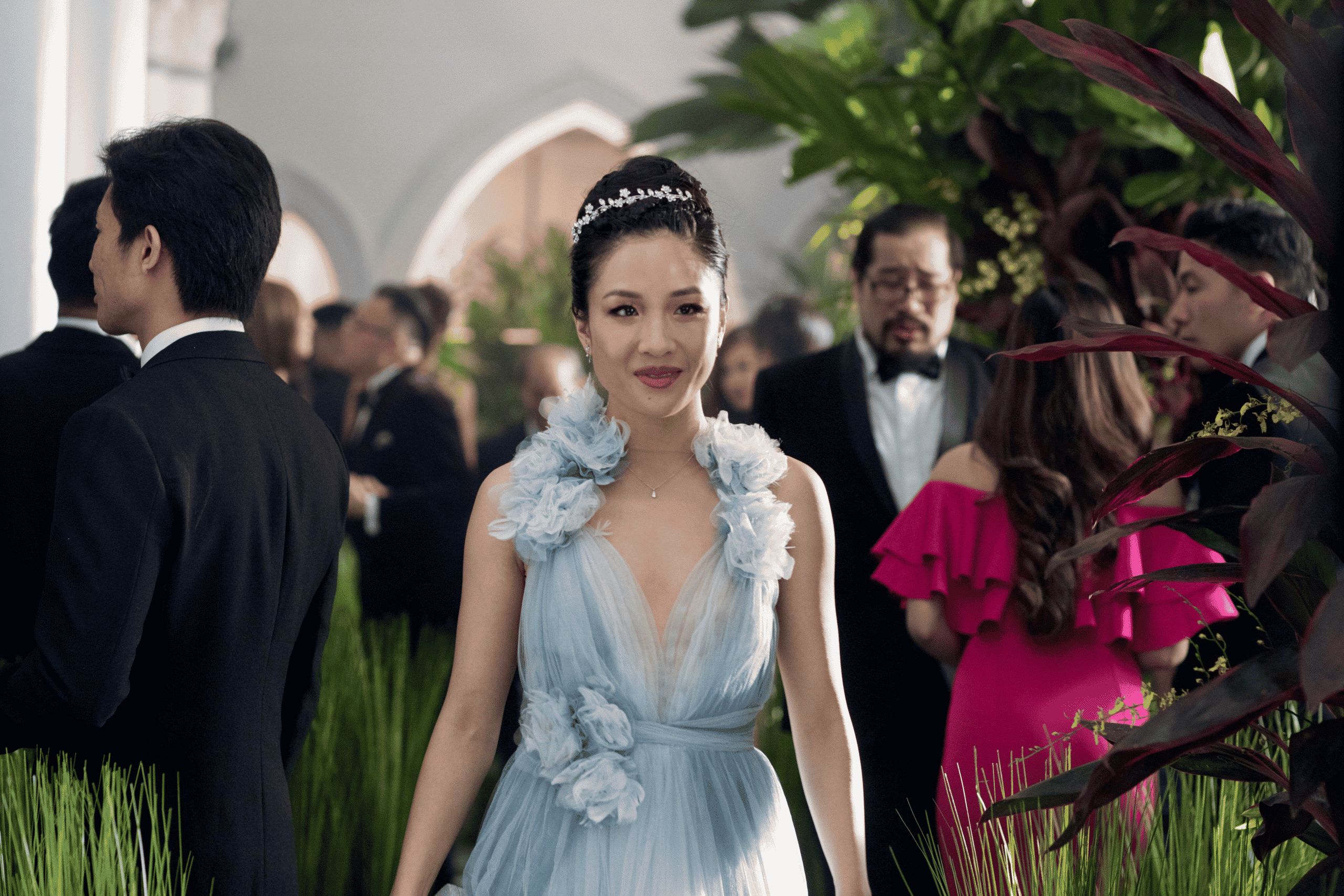 Style Inspiration from the Most Fashionable Movies 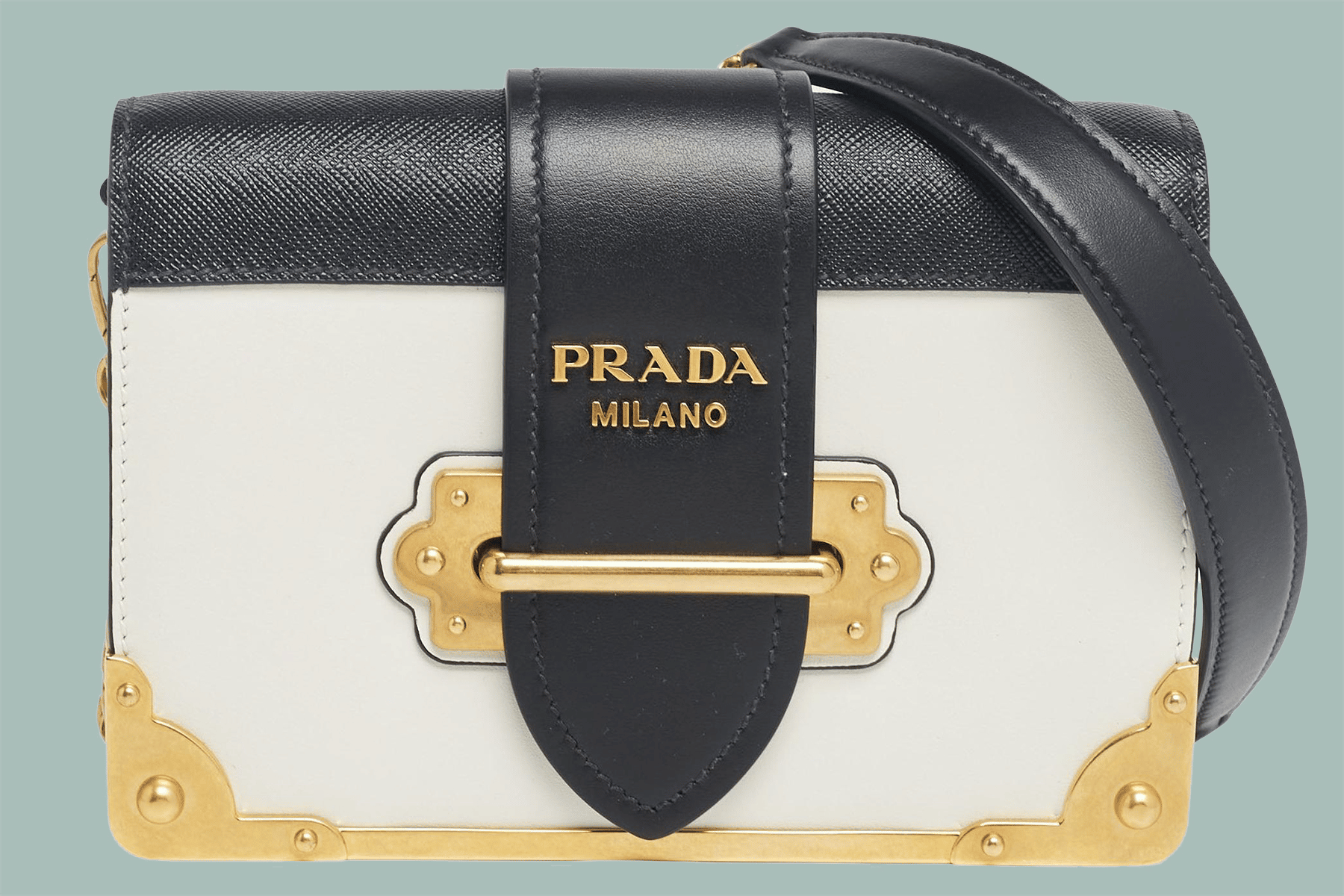