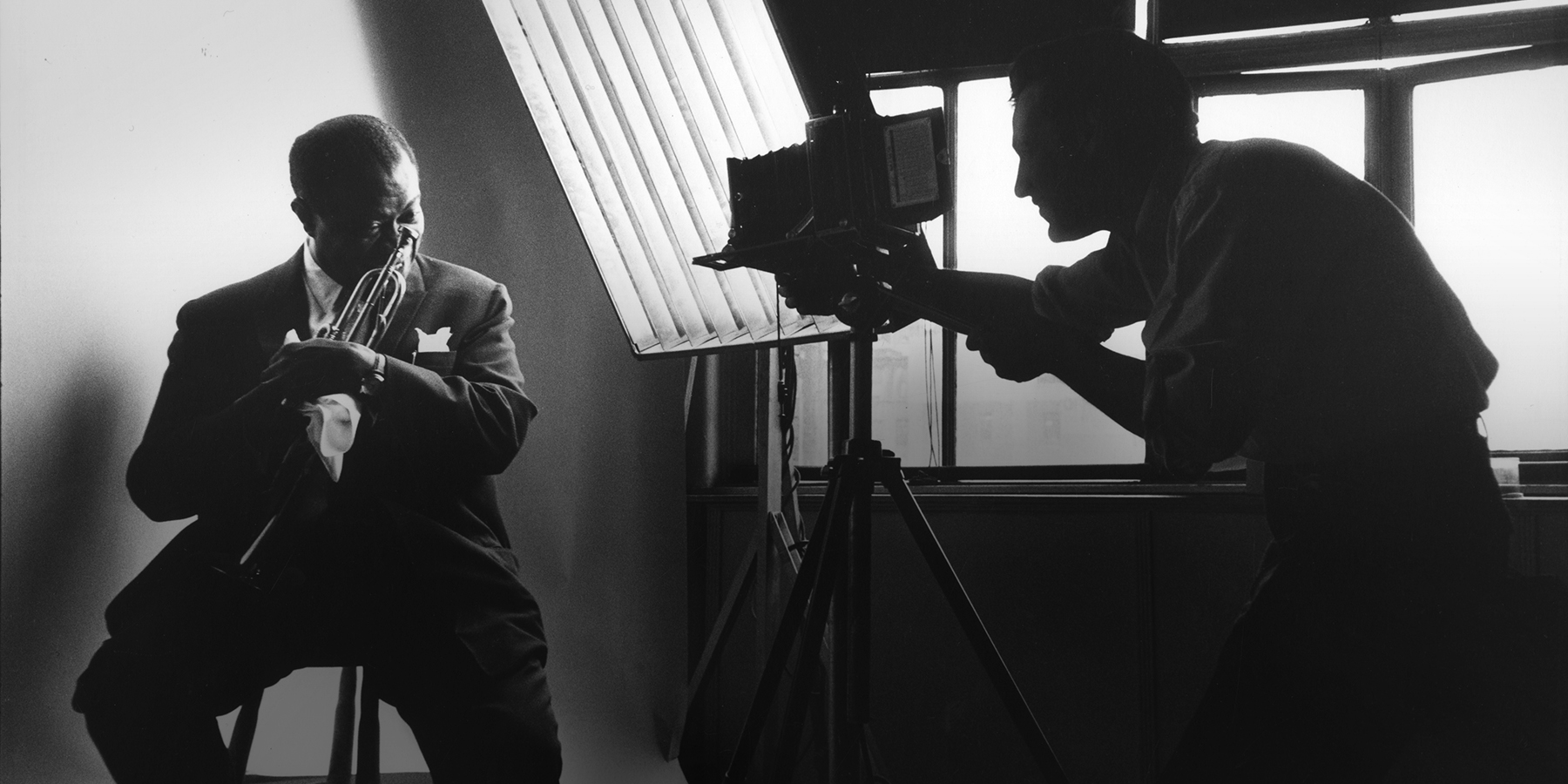 The Best of Bert Stern

At New York's Staley-Wise Gallery, an expansive two-part exhibition celebrates the career of iconic photographer Bert Stern, featuring selections from his breakout ad campaigns and celebrity portraits of such stars as Marilyn Monroe and Marlon Brando, as well as screenings, film clips and exclusive documentary footage. 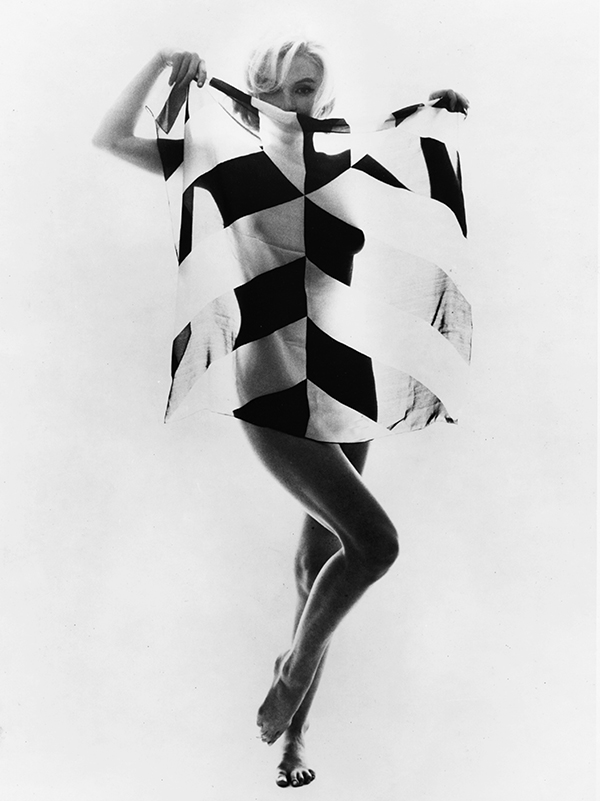 Bert Stern is best known for his 1962 photos of Marilyn Monroe, which he shot for Vogue over the course of three days. Monroe died weeks later and the series came to be known as “The Last Sitting.” Top: Louis Armstrong and Bert Stern, 1958. All photos © Estate of Bert Stern, courtesy of Staley-Wise Gallery

Immortalized in popular culture by his sensual photographs of Marilyn Monroe taken shortly before her death, Bert Stern had an astounding career. His oeuvre also includes his groundbreaking, early-1960s advertising campaign for Smirnoff vodka (in which he superimposed a martini glass in front of an Egyptian pyramid) and his suggestive movie poster for Stanley Kubrick’s Lolita, which set the stage for the then-scandalous film. Even those familiar with the photographs of Stern, once considered on a par with Irving Penn and Richard Avedon, will be pleasantly surprised by the exhibition “From the Archives of Bert Stern” — which will be supplemented by a second segment, opening June 26, that concentrates on his work in film — seen at New York’s Staley-Wise Gallery through August 28. Beyond screenings, film clips from Stern’s 1960 documentary Jazz on a Summer’s Day and rare documentary footage he shot of Twiggy during her bi-coastal 1967 U.S. tour, the exhibit contains never-before-seen images by the renowned photographer, who died two years ago at the age of 83.

Highlights of the show include contact prints of Kate Moss from a 2001 Vogue Paris shoot as well as contact sheets of a young Marlon Brando (their provenance is unknown), which exemplify the playful, easy vitality that Stern somehow elicited from his subjects. Their natural energy is a direct contrast to the still-life portraits by Penn. (The two photographers were mutual admirers, and the show includes images that they took of one another.) Stern had an uncanny ability to frame his subjects against a graphic backdrop, as seen in his early work for Levi’s and in his portrait of the artist Clyfford Still. The buoyancy of a 1962 Vogue fashion shoot of a man and woman perched on a rooftop with birds in the foreground is astonishingly contemporary for its time. Its inherent motion and glamour could easily grace the pages of any fashion magazine today. There is a cinematic quality to images such as these that’s perhaps best described as  a Fellini-esque spin on Hitchcock.

Even those familiar with the work of Stern, once considered on a par with Irving Penn and Richard Avedon, will be pleasantly surprised by “From the Archives of Bert Stern.” 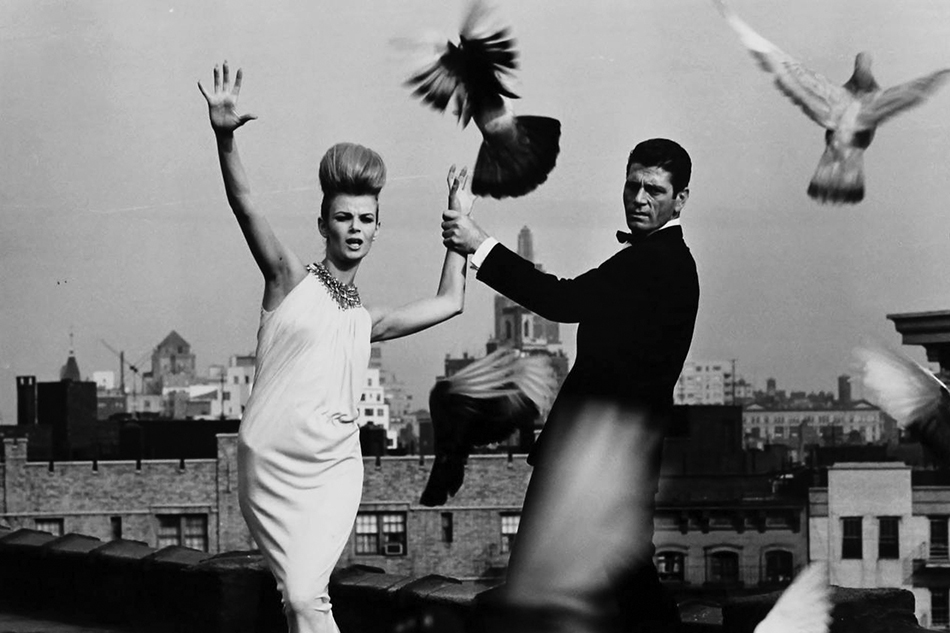 In Rooftops, VOGUE, 1962, Stern shows his knack for capturing motion without detracting from the glamour of a shot, one of many qualities that established him as a top name in fashion photography. 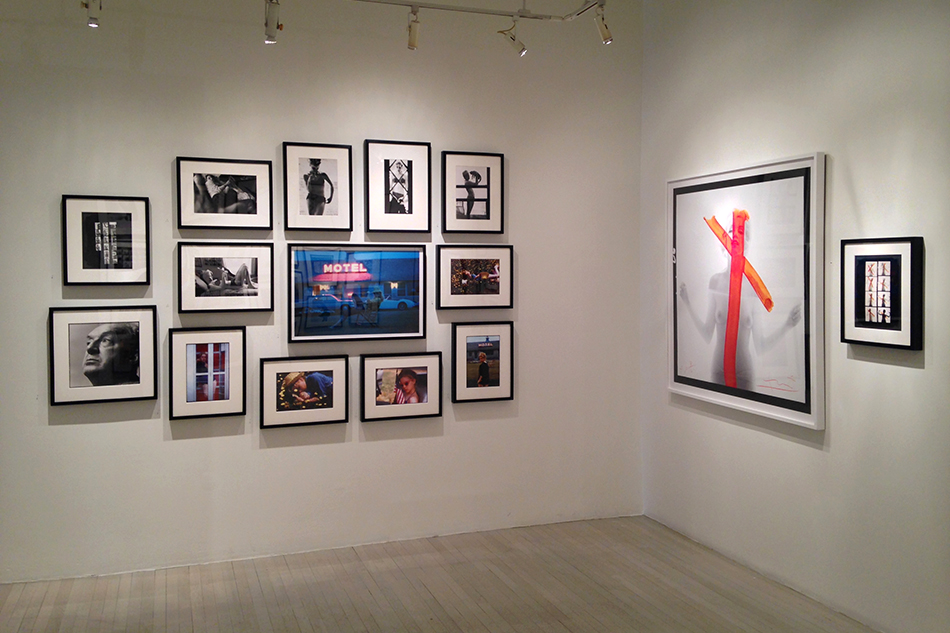 The works currently on display in “From The Archives of Bert Stern” at Staley-Wise Gallery, in New York, range from an artist’s proof for $3,000 to his famous 1962 Marilyn Monroe photo, seen at right, titled Crucifix II, for $75,000. 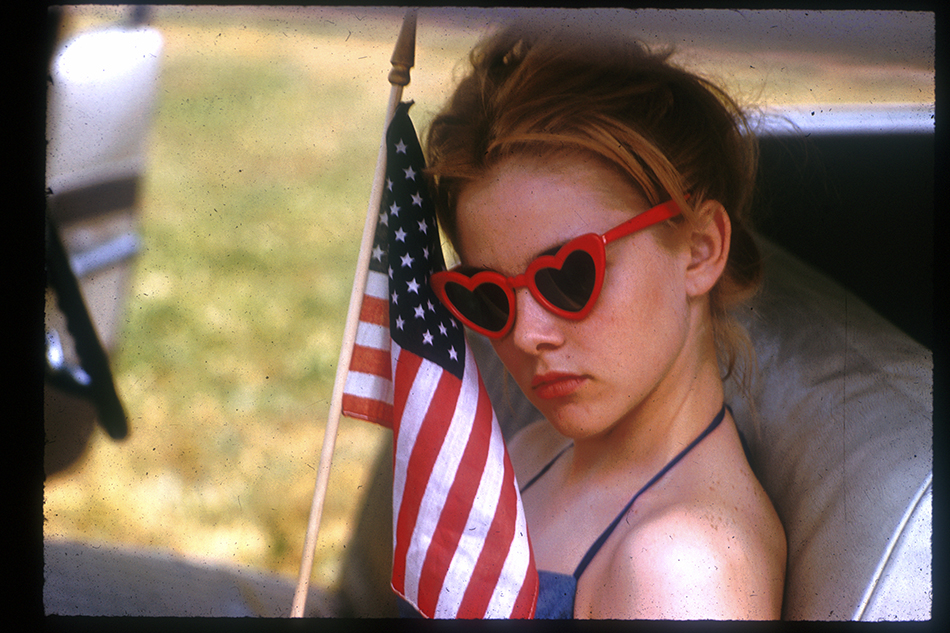 Stern’s Sue Lyon as “Lolita,” 1960 — depicting the 14-year-old actress wearing sunglasses picked out by Stern himself — was used on a poster for Stanley Kubrick’s film adaptation of the then-controversial novel. 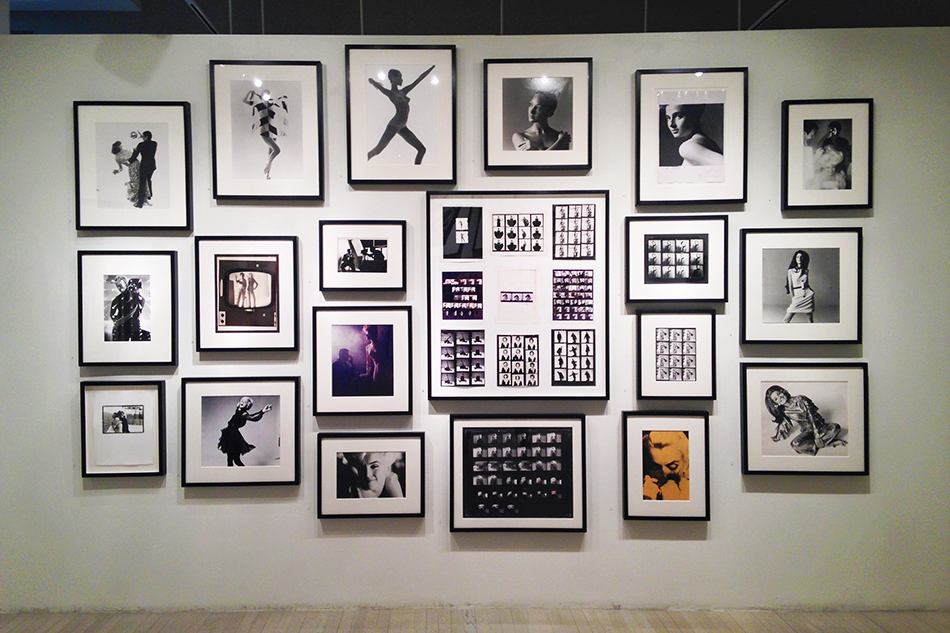 In addition to many of Stern’s iconic works, the current show at Staley-Wise also features contact prints from some of his best-known shoots as well as never-before-seen photographs. 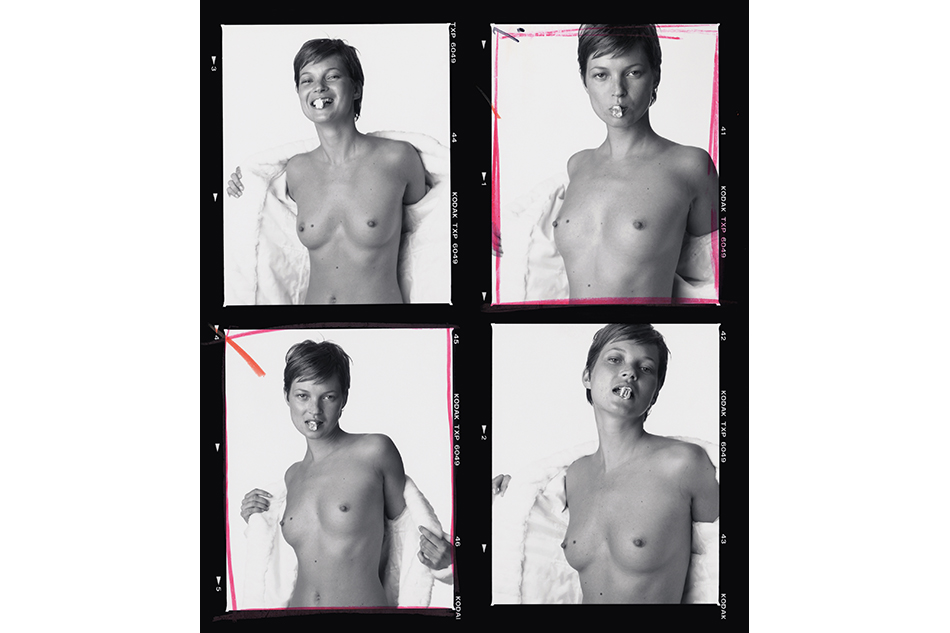 After taking a long hiatus from work to recover from drug addiction, Stern resumed photographing the leading starlets and models of the day, as seen here in Kate Moss, VOGUE Paris, 2001. 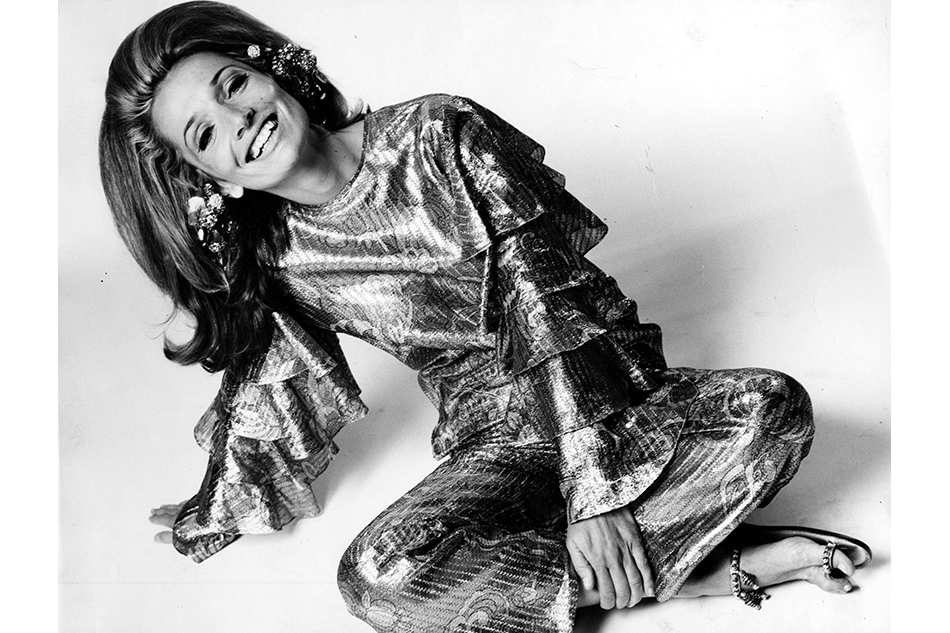 In Lee Radziwill, ca. 1965, Stern photographed the socialite and sister of Jackie Kennedy as she sported a flashy ensemble and a beaming smile. 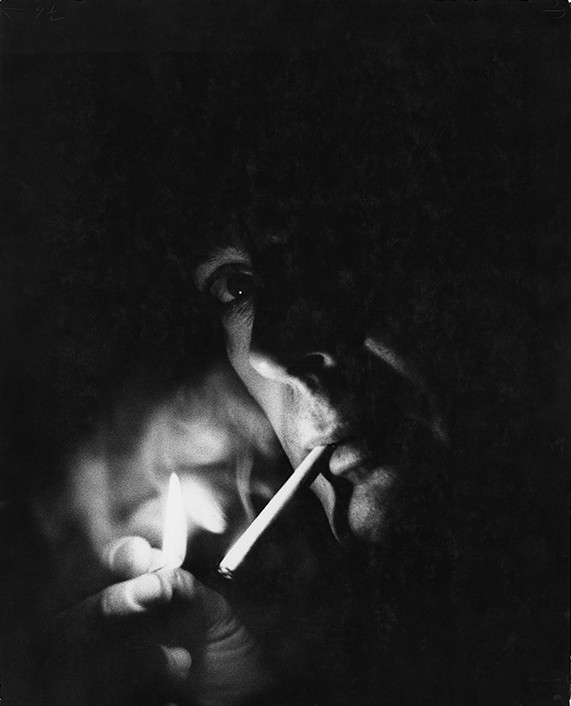 The show’s selection of newly unearthed photos of a 14-year-old Sue Lyon, cast as the title character in 1962’s Lolita, includes the actress with an American flag and in those infamous red, heart-shaped sunglasses — which Stern himself picked up, spur-of-the-moment, from the Sag Harbor Five and Dime in the Hamptons. It is perverse Americana at its subtle best. Needless to say, the studio was not pleased with Stern’s output.

Meanwhile, Stern’s moody, dark and atypical portrait of Marcello Mastroianni, star of La Dolce Vita, seems to capture the true underlying melancholia of the self-indulgent, luxurious life depicted in Fellini’s famous film. And, then there is Marilyn, posing in what has come to be known as “The Last Sitting,” with such a range of countenances that one can’t help but wonder how Stern could have ever coaxed so many personalities from her.

If today Stern is less well-known than Penn and Avedon, that’s due in large part to his own self-immolation. Like so many other prolific artists of the 1960s, including Truman Capote, he was a patient of the notorious Max Jacobson, a.k.a. “Dr. Feelgood,” and he became so addicted to amphetamines that he lived overseas in self-imposed exile from the late 1970s to the ’80s to rid himself of his drug habit. By the time he returned to New York, Penn and Avedon had cemented their fame, while Stern had pretty much been forgotten. Eventually he found himself photographing Moss, who, along with a few other subjects, including Madonna, Scarlett Johansson and Drew Barrymore, helped Stern resurrect his career — but only to a fraction of what it once was or might have been. This exhibit reminds us of how prolific, prescient and remarkable Stern’s work was, and remains, with or without Marilyn. 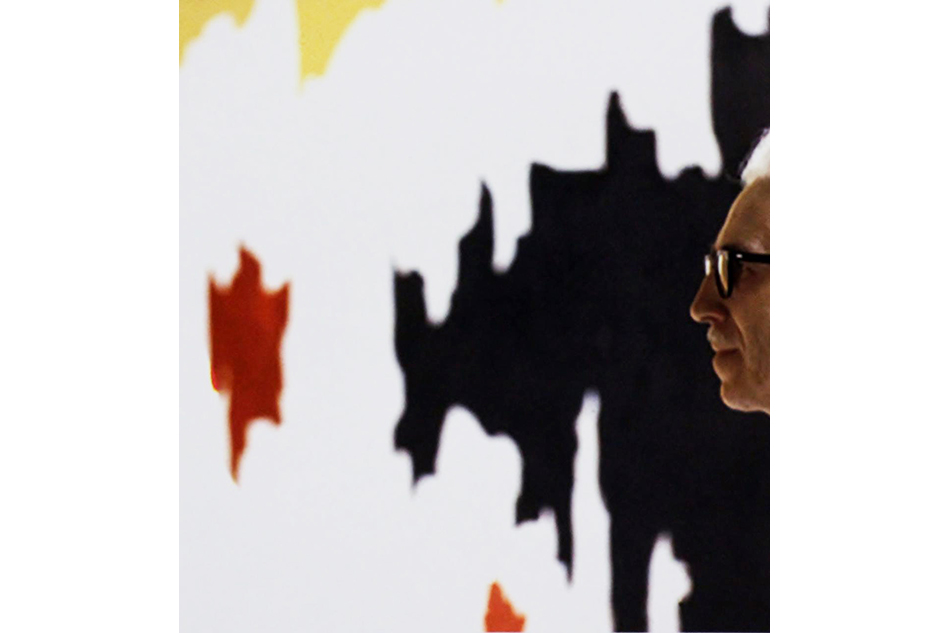 Stern was adept at placing the subjects of his portraits before graphic backdrops, as is the case with Clyfford Still, LIFE Magazine, 1959. 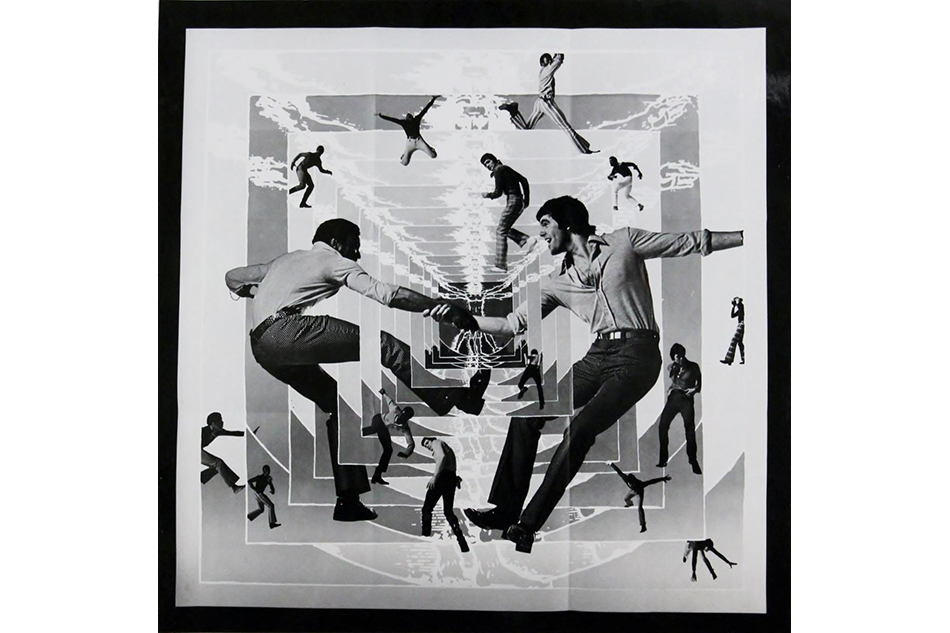 Stern first gained acclaim for his ad campaign for Smirnoff vodka in 1955. Demand for his innovative photographs among advertisers remained strong throughout his career and led to many assignments, including this advertisement for Levi’s from 1971. 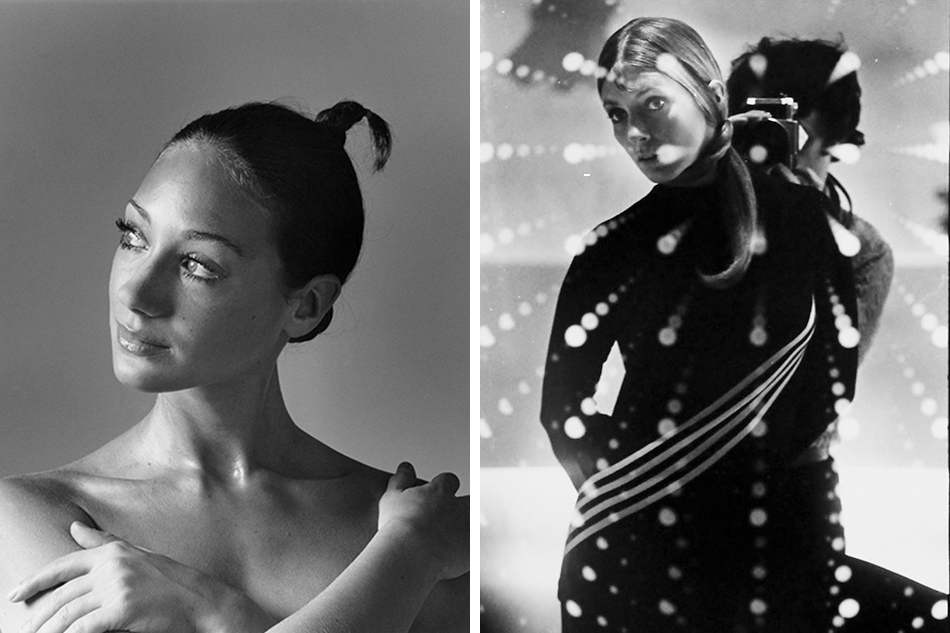 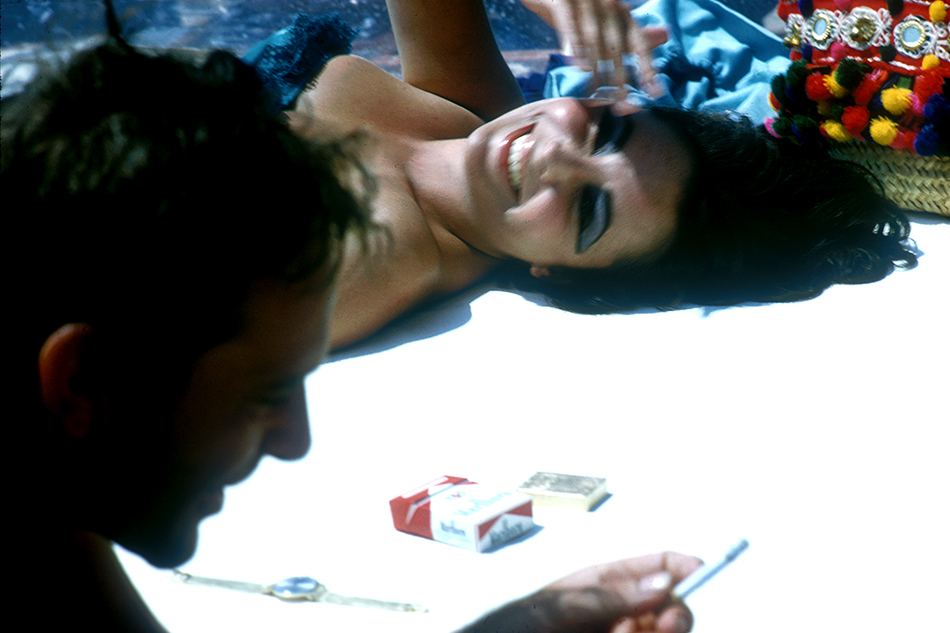 In 1962, Stern was enlisted to photograph Elizabeth Taylor on the set of Cleopatra in Rome. Taylor and co-star Richard Burton began an affair, and as Stern befriended the couple, he would shoot candids of them together, including this lighthearted shot of the pair in Ischia, Italy. 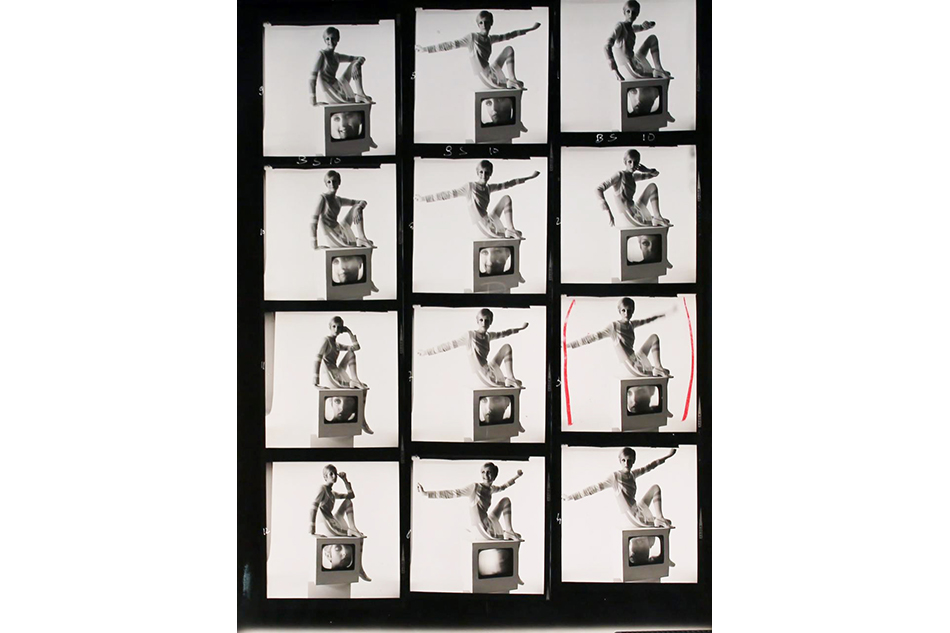 As a fashion photographer in the ’60s, it was inevitable that Stern would cross paths with Lesley Lawson, a model who came to be known as Twiggy and was a prominent symbol of the swinging era. Seen here is a contact print from a shoot of Twiggy in Yves Saint Laurent for Vogue Paris, 1967. 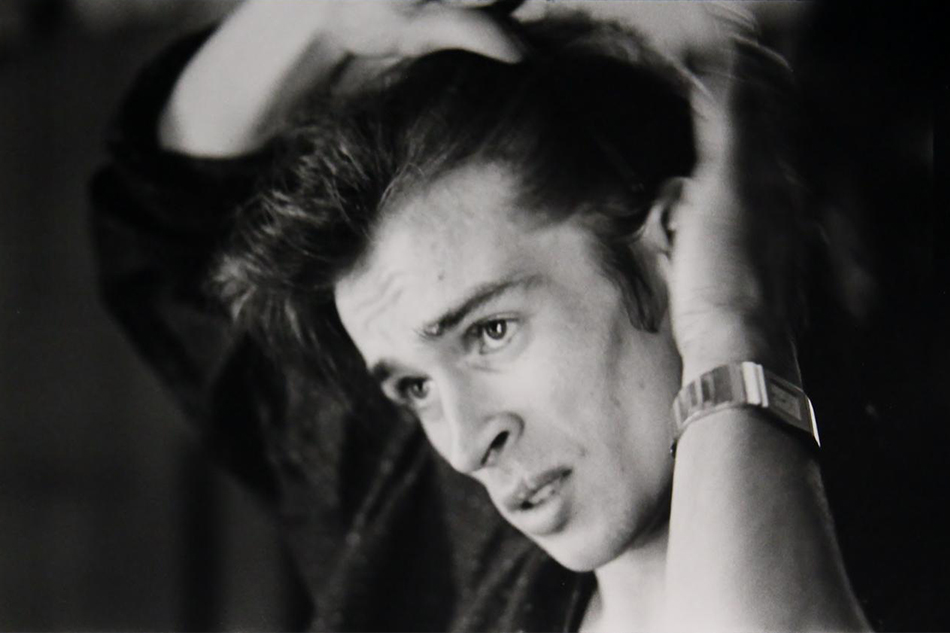