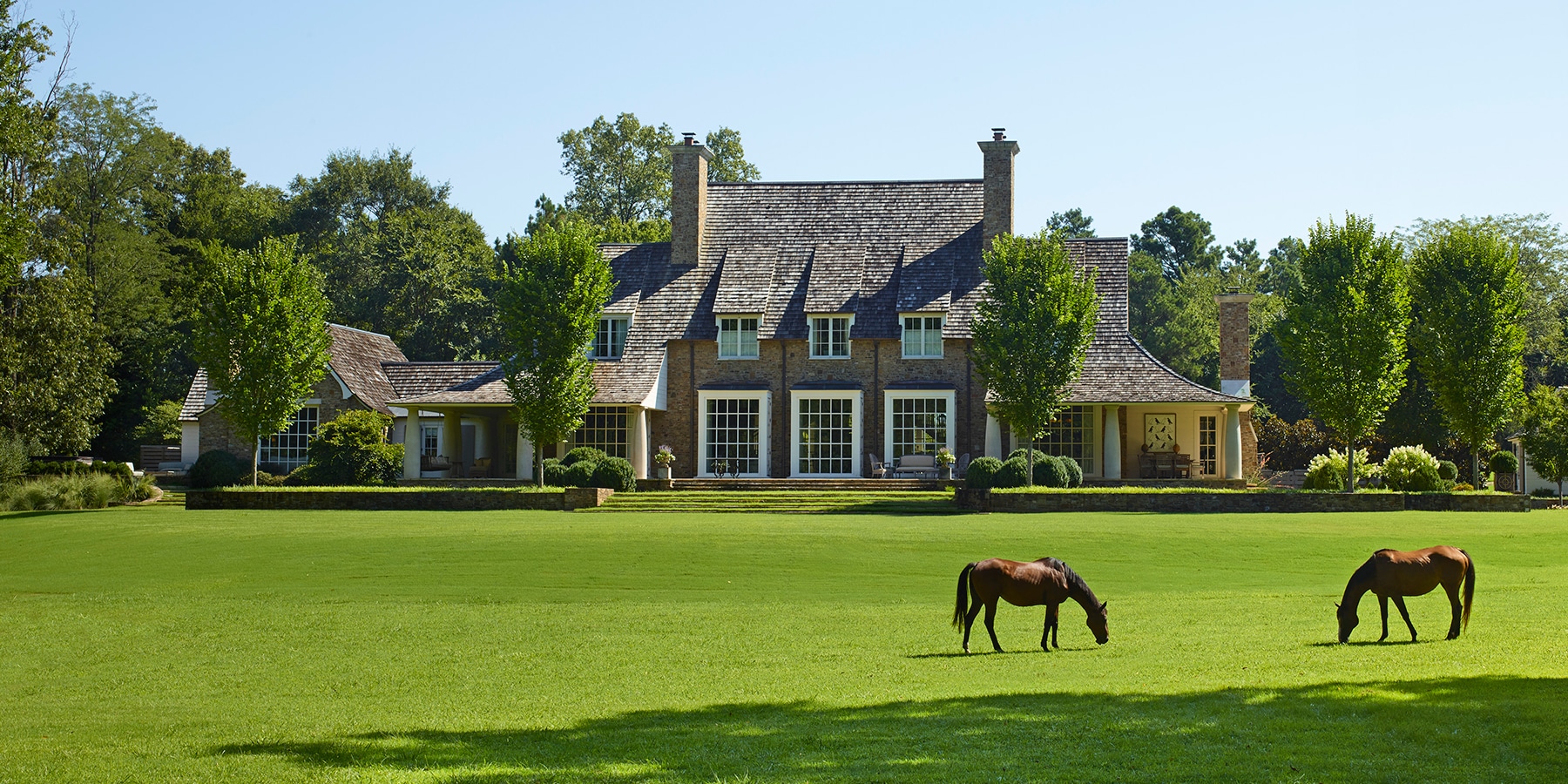 Experience the Poetry of a Bobby McAlpine Home

The Southern architect and founder of the studio bearing his name designs houses that perfectly reflect their locations and their owners' personalities. 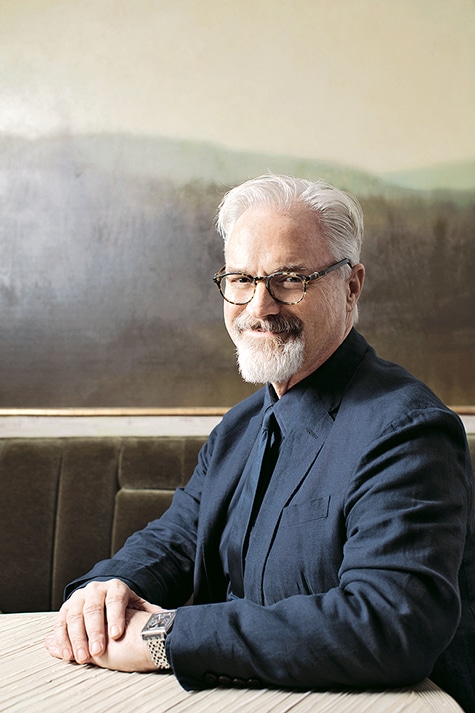 In the introduction to his new book, Poetry of Place (Rizzoli), architect Bobby McAlpine explains how his passion for and knowledge of myriad aesthetics and styles gives him “the freedom to crossbreed things that have never met before but somehow embolden each other” (portrait by Sarah Dorio). Top: McAlpine describes this rural retreat as “a 1940s weekend-in-the-country woody-wagon kind of house” (photo by Simon Upton).

I’ve fallen into the business of helping people find home,” says the architect and designer Bobby McAlpine. “At its strongest and most valuable, a house is mirroring you exactly. Your consciousness can be entered by other people.”

McAlpine should know. An Alabama native, he started drawing house designs when he was five years old; by the ninth grade, he was working after school for a local architect. He later studied architecture at Auburn University and in 1983 founded a practice in Montgomery, Alabama. The firm, now named McALPINE, designs residential projects around the U.S. as well as in Canada, Mexico and the Caribbean. It has offices in Montgomery, Nashville, Atlanta and New York, where a total of 45 creative talents, including McAlpine’s partners: architects Greg Tankersley, Chris Tippett, John Sease and David Baker; and interior designers Ray Booth and Susan Ferrier.

McAlpine’s family moved frequently when he was growing up (his father was a sawmill manager), and although his mother excelled at adapting to a new house — “Within twenty-four hours of a move, she and I would unpack, pictures would be hung, and we’d be ready for a cocktail party,” he recalls — the family’s peripatetic life “inspired a craving for home in me.”

The notion that a house reflects both its owner’s personality and its surroundings is explored in McAlpine’s latest book, Poetry of Place (Rizzoli), written with Susan Sully. (His previous Rizzoli books include 2014’s Art of the House, written with Ferrier, and 2010’s The Home within Us, an earlier collaboration with Sully.) The 20 projects in Poetry of Place range from a glamorous, fanciful Florida beach house, to a rambling, light-filled Cape Dutch colonial retreat in Louisiana, to a relatively modest but no less enchanting fishing cabin on a sprawling, heavily wooded Alabama site. 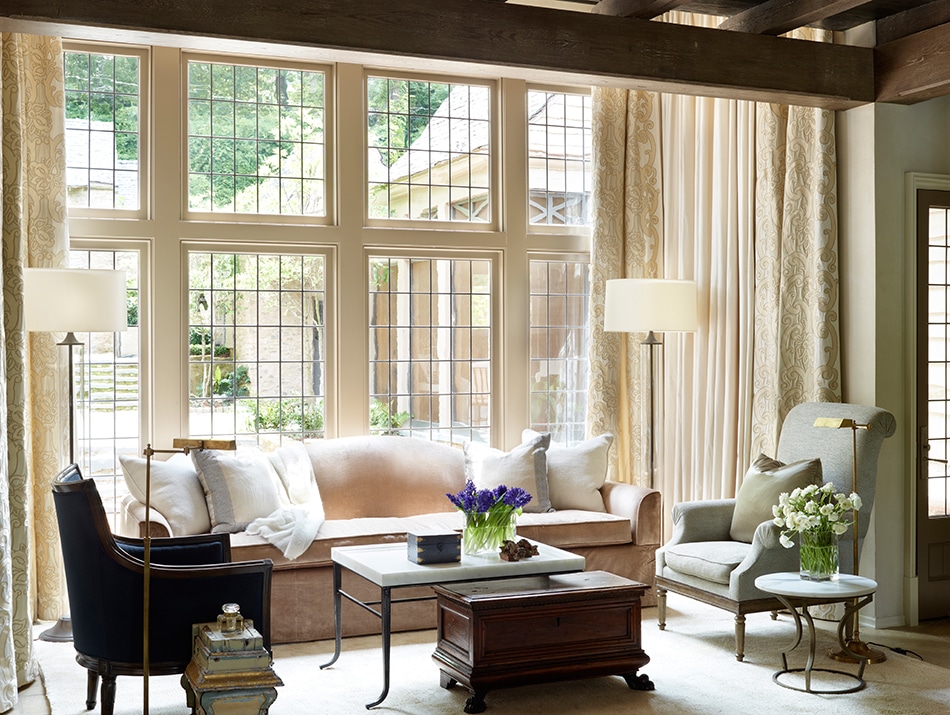 In a house built in the 1920s English-style neighborhood of Mountain Brook Village, outside Birmingham, McAlpine used multipaned leaded windows fitted with restoration glass to help, he writes, “tilt the whole composition even further toward a storybook existence.” Photo by Mali Azima 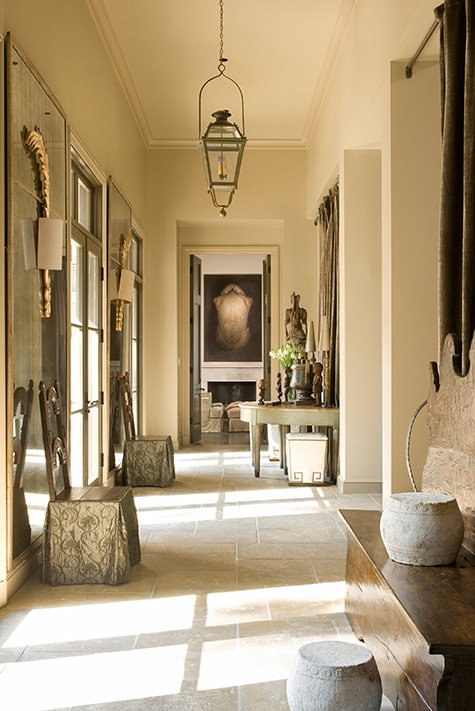 McAlpine conceived this beachfront home as an ode to the sea. “There is a feeling that a ship’s captain might once have lived there,” he writes, “or a watchman.” Photo by Peter Vitale

In the book’s introduction, McAlpine embraces this multiplicity of styles, explaining, “I learned what’s right in order to execute with full knowledge what was wrong — rules be damned. That’s the difference between doctrine and emotional accuracy.” Not surprisingly, he cites the influence of the movie houses and interiors of Hollywood’s golden age: Their design, he writes, “not one-hundred percent correct, but emotionally, it’s spot-on. . . . This is the power of wrong — of finding the courage to beg, borrow and steal until you get the story right. It’s the freedom to crossbreed things that have never met before but somehow embolden each other.”

For the Florida beach house, McAlpine remembers suggesting to Ferrier that the design embody the following narrative: “I wanted it to feel like you were a kid trapped in a Parisian department store in the nineteen-thirties. The beach is an alternative reality from real life.” For the exterior color of the Alabama cabin — whose owner told McAlpine that “he wanted to fish from his porch and shoot from his bed” — he chose the rusty red of the faded union suits often seen in films with rural themes.

While McAlpine has always been inspired by cinematic domesticity, today’s clients often draw their wish lists from social media. He cites a current project — another house in Florida, this one done in pink and purple — whose owner came to him with “a highly developed, exquisite Pinterest board.” McAlpine and his colleagues consider such input carefully, but at a critical distance. “We want to make sure we’re ‘in the river’ ” with the client’s wishes, he says, “without looking too hard at the images. We look ahead to make sure the results aren’t trendy, but real.”

“At its strongest and most valuable, a house is mirroring you exactly,” says architect Bobby McAlpine 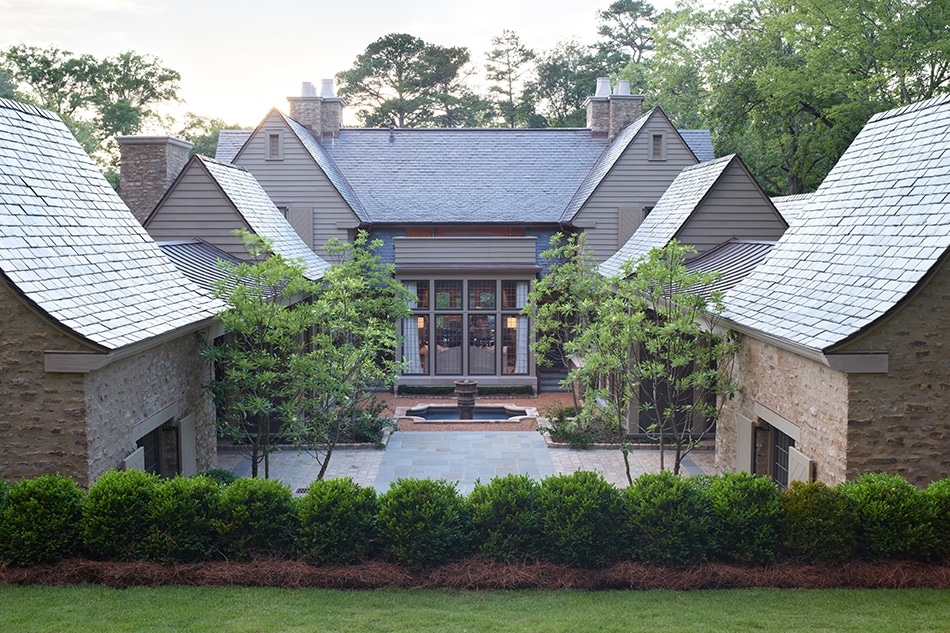 “There is drama and pomp and circumstance in the way the wings and courtyards progress behind the house,” McAlpine writes of the residence in Mountain Brook Village, which is defined by knobby stone, timbering and light symmetry. Photo by Mali Azima 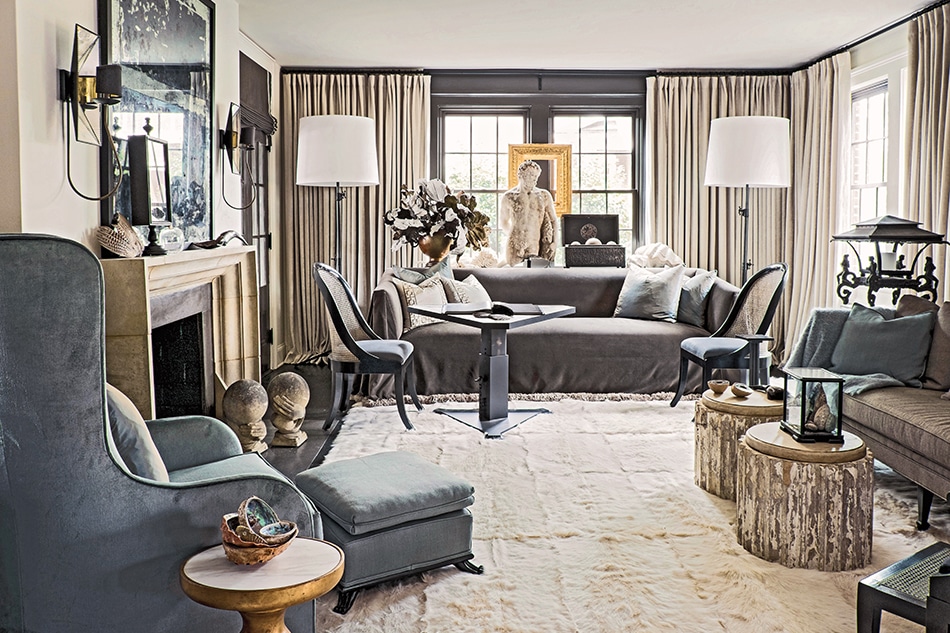 The home of McALPINE interior design partner Susan Ferrier and her husband, Adrien, is an homage, the architect writes, “to the places they’ve been, the passions they possess, the things and ideas that intrigue them.” Photo by Erica Georges Dines 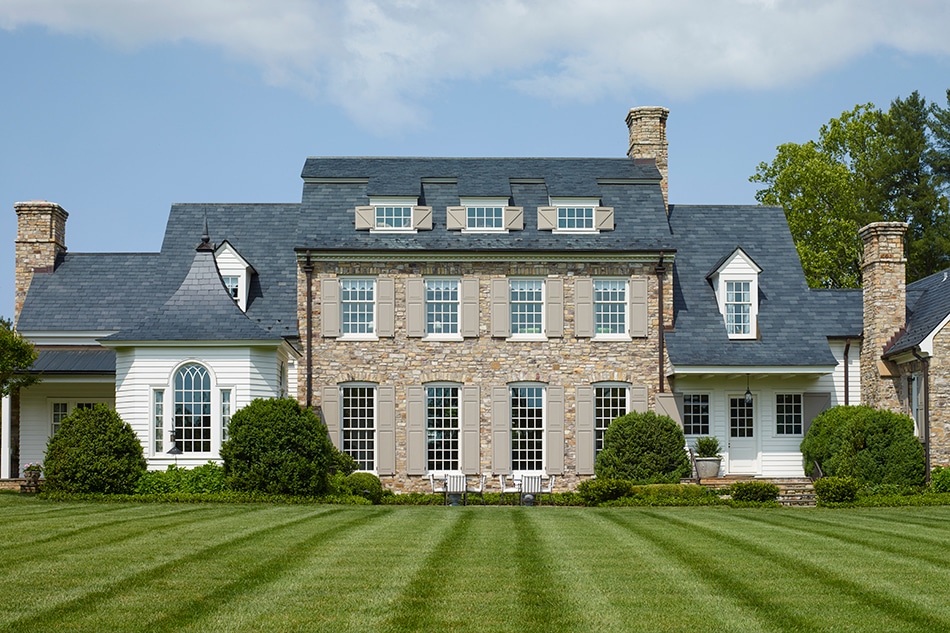 McAlpine made this monumental house appear more approachable by breaking it up into various wings and outbuildings, suggesting that an original, centuries-old residence had been expanded and added on to over time. Photo by Simon Upton 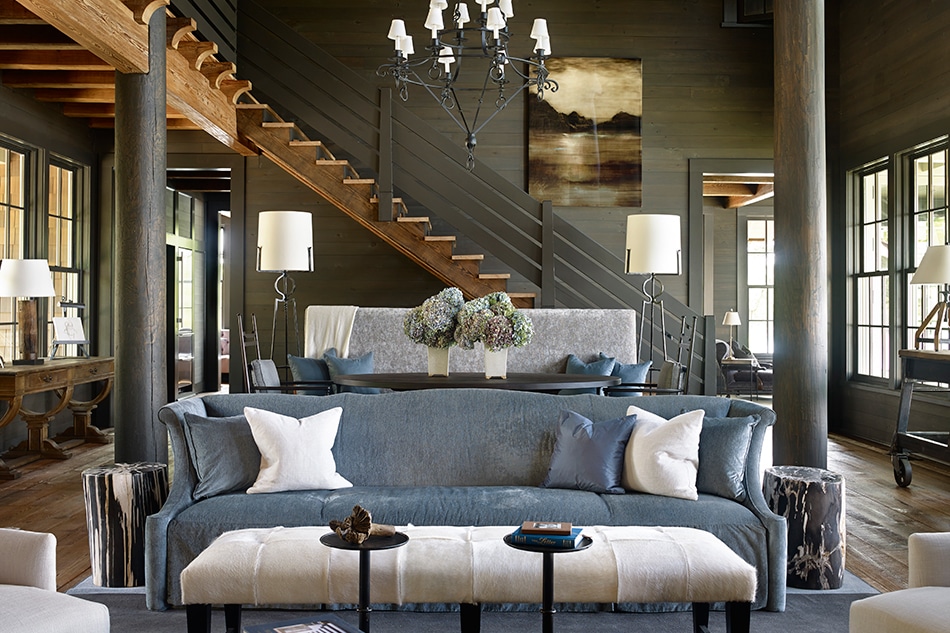 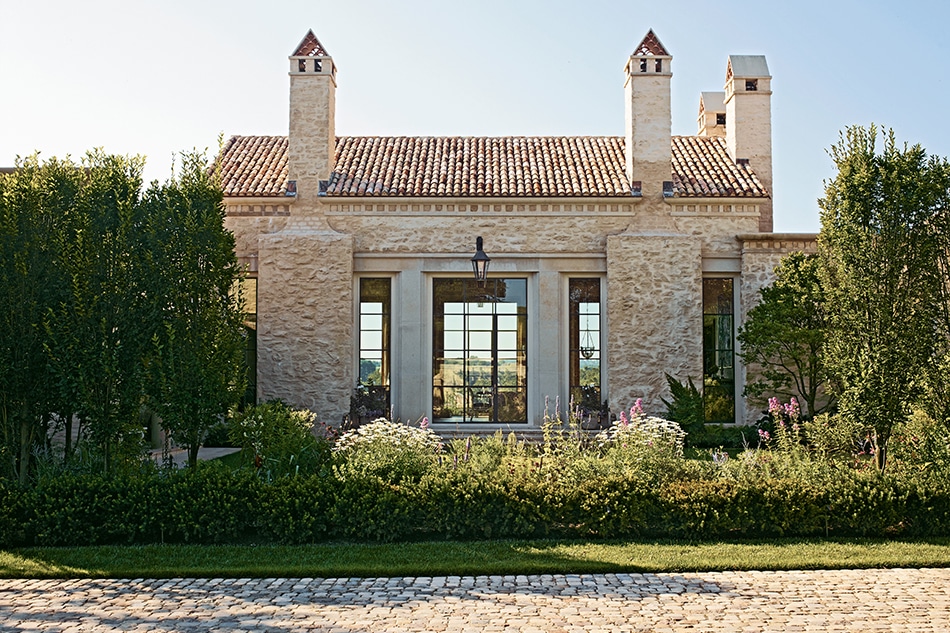 For this house in the Maryland countryside, McAlpine took inspiration from the Spanish colonial architecture of Southern California. “It is essentially one room deep,” he writes, “addressing the property from all sides. This ability to survey a vastness of land from your house is a guiding piece of its western romance.” Photo by Simon Upton 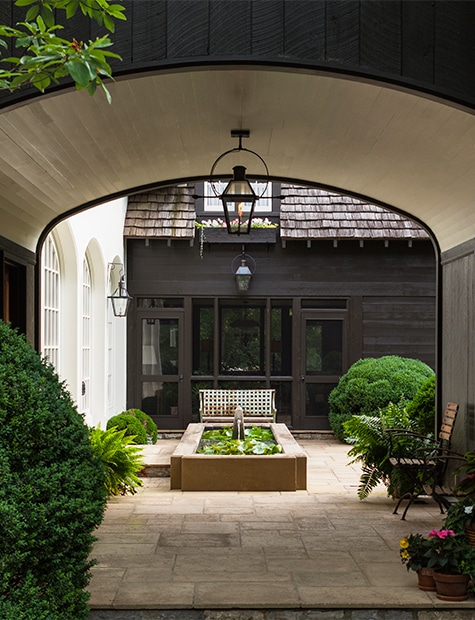 “Residential poetry can occur most dramatically in places that seem unintended for human habitation,” McAlpine writes regarding this entrance to an all-wood cottage. He continues that this entry “is reminiscent of a carriageway to a courtyard for watering horses.” Photo by Eric Piasecki

The idea of “the real” hit home (no pun intended) for McAlpine when he was designing a new house, currently under construction in Atlanta, for himself and his partner, photo stylist Blake Weeks. He says his original design, for “an Elizabethan cottage that was so charming it would break your heart,” changed when he began wondering, “If I were to take off everything that makes this house so easy to look at, would it still be me?” He ended up revising the scheme, coming up with a much more pared-down one featuring “a gigantic box bay window.” Inside is a spacious living area overlooked by a loft-like master bedroom, as well as basement-level guestrooms and sunken gardens. “I knew it could stand on its own without all the embellishment,” McAlpine says. “I don’t care if anybody likes it or not. It’s kind of the big edit.”

McAlpine’s dream project would be a compound of houses for older adults, “so they could pool their assets and create something larger than any one of them” could or would otherwise build on their own, he says. The marketplace, which, he notes, is driven by the American dream of the single-family house, “is not going to lead here — it needs a visionary client.”

In the meantime, McAlpine looks forward to what his own new home will express, calling the project “the most different thing I’ve ever done.” Even if the house doesn’t conform to accepted notions of “charm,” he hopes that “it might open the door for someone else to be a little braver, to say, ‘I’d like to tell the truth about myself, too.’ ” 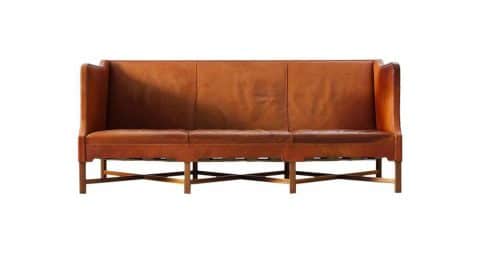 “This is perfection. I love its campaign elegance. It’s as handsome as anything or anyone I’ve seen. I’d dine while sitting on it or throw it into a big working hallway.” 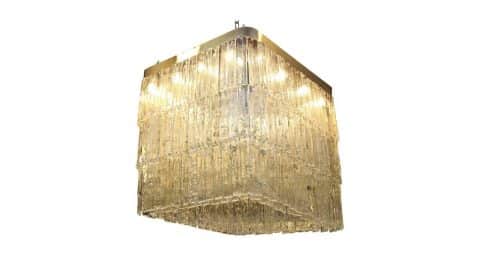 “Dripping shimmering glamour, elegantly simple. I’d use this Murano glass piece to stabilize a round table.” 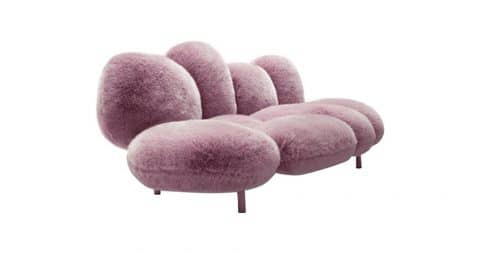 “This reminds me of a favorite client who herself is just like Champagne bubbles. It makes me happy.” 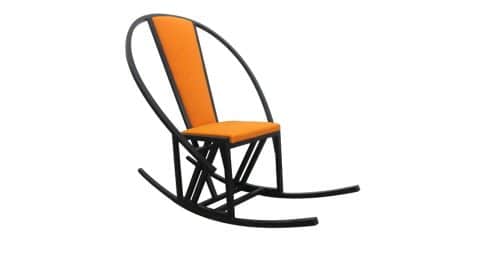 “Exotic travel is the promise of a great interior. It can transport you somewhere else emotionally. This Japanese piece would complete a quiet white interior.” 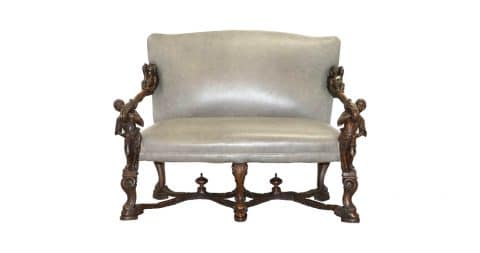 “The exuberance of this piece is unmatched — delicious evidence that life is indeed grand.” 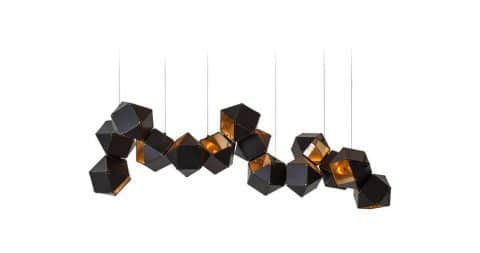 “These little packages of light are magical and musical jewelry. I’d use them to energize a spare space.” 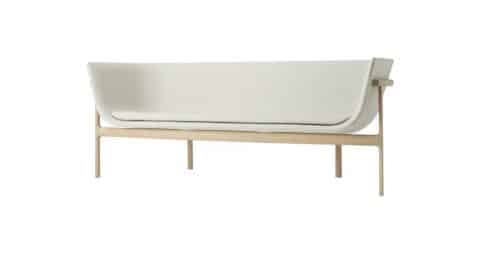 “Striking. I’d use this opposite my bathtub, or in an unfussy spa.” 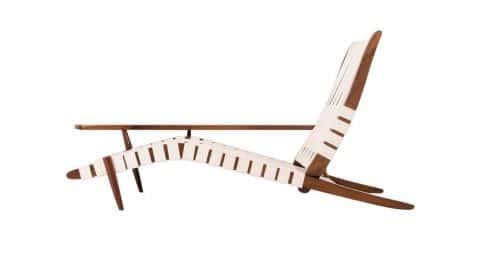 “Graphically powerful — you will never forget this guy. I’d give him a lot of room.” 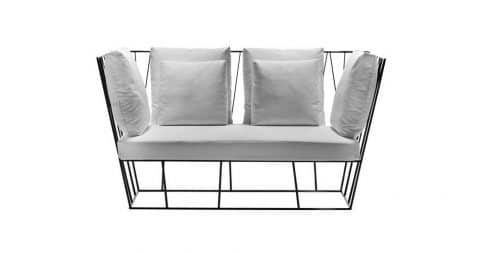 “This sprite-like device is magical, as if it’s being held up by a sketch.”